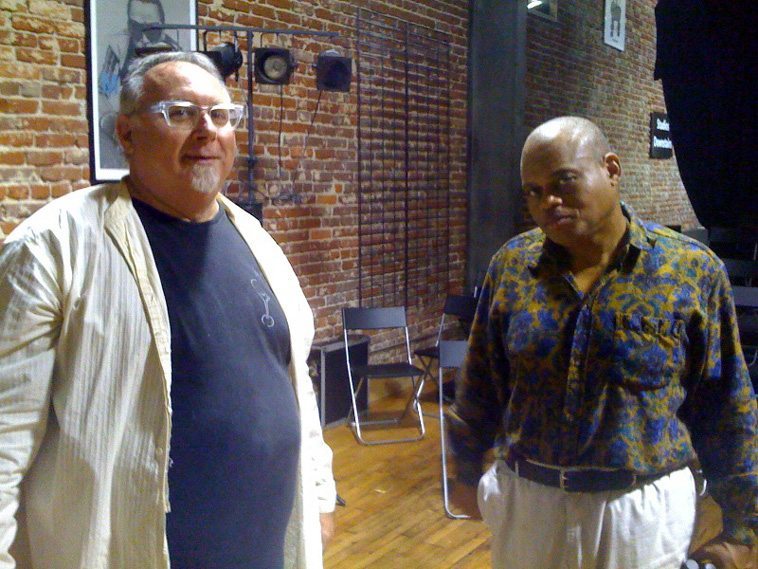 listen to an excerpt from this concert 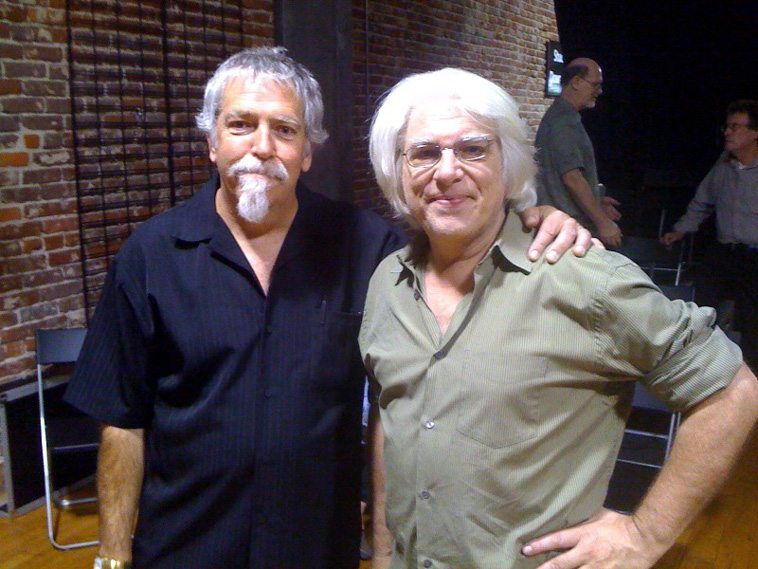 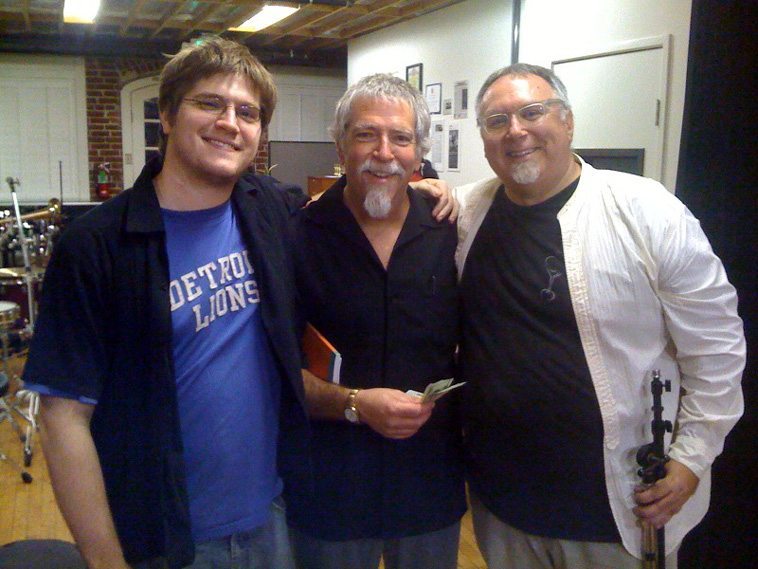 When my great friend and sound tech Quincy died on the last day of 2007 (pancreatic cancer, age 51) I decided it was time to pack it in for awhile, take a break from performing. What’s a writer doing standing around on a stage, anyway? But, I made an allowance and that was if ever Connie Crothers called or Michael Vlatkovich called I’d drop everything and work anywhere in any situation with either of them. So, as it happens I was in NYC for a performance with Connie’s Quintet on Sept 26, 2009 and then exactly a month later on Oct 26 I was L.A. (South Pasadena) for a performance with Michael.

Los Angeles is a tough nut to crack, there is such indifference to the arts — here you have this massive conglomeration of humanity and probably only one person per 10,000 is interested in art. Not that art is exactly necessary to living on Earth, but it could be. If you survive such mocking indifference to your work then you are probably a true artist. You have no other path open to you, whether anyone pays any attention or not. I say this because we all know a lot of pretenders, those who, for some reason think working in the arts would be fun.

I am grateful that I was raised in the Los Angeles area simply because I grew a thick skin to indifference. Nothing bugs me. If you don’t like my poetry, so what else is new? You know? It was a blessing to be nurtured in such utter disregard. Am I bitter? Sounds like it. Ask my shrink. Ha ha ha.

We didn’t know whether to call this ten-piece group of Michael’s a dektette (after another Angeleno’s famous 1950s band — Marty Paich Dektette) or tentette or The Michael Vlatkovich All-Stars. I’ve worked with these guys since the early 90s and have been friends with some of them since the mid-70s. They’re hanging in. When the real history of Los Angeles jazz is written, it is these guys that you’ll be reading about.

Steven & Linda Schmidt drove out from Santa Fe to record the event. Bobby Bradford came and heard us! The jazz historian Kirk Silsbee was in attendance, sitting with Bradford. Dottie Grossman made the scene as well. Nice place. Pasadena is a wonderful town. Before the performance I spent a few hours at the Norton Simon Museum, which has a staggering collection of Indian Vedic stone and bronze statues downstairs. Outside is the sculpture garden which rivals the Hirshhorn in DC, wow. And their collection of European paintings is unbelievable, Norton Simon was a baad dude!

Michael wrote compositions and arrangements for 16 of my poems. As Bill Plake said, and he’s been an admirer of Michael’s work for twenty years, “It just gets better and better.” And they played this tricky stuff very well. Not only are the sections moving in counterpoint but time was being over-lapped and going in different directions as well. Michael swears it wasn’t complex. —Mark Weber, Albuquerque 23nov09