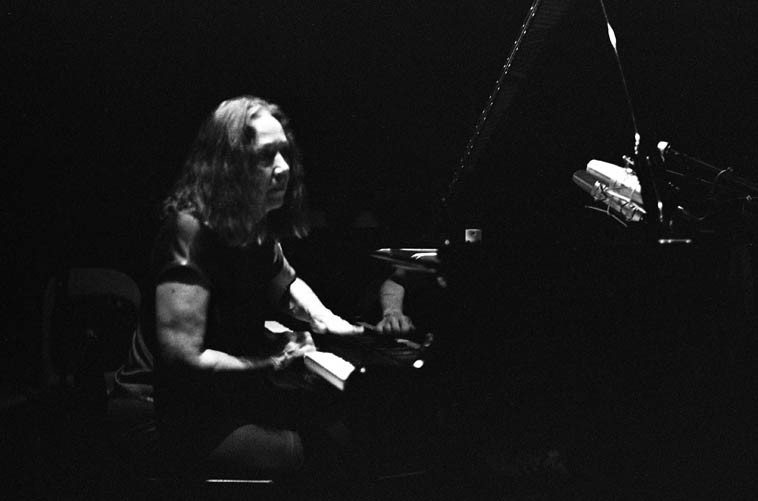 She has a fierceness, fierce but not fearsome, her fierce side is reserved for her devotion to the art of pure improvisation — I think of Sonny Dallas telling me of early 60s playing with Lennie and pointing out, “and there was little Connie, always there, always listening” —- Connie Crothers — August 20, 2o14 — photo by Mark Weber —-

We were at a red light in my truck, after the radio show, and in the crosswalk was a young person, mid-twenties. I said to Nick (Lyons), “See that springy-ness in that guy’s step,” Nick is approaching 30 himself. He looks and I add: “That goes away. It just leaves you one day.” It wasn’t a pronounced spring in his walk, merely ever so subtle, only a yogi would notice. I am about 57 in this story. Nick says ruefully, “Thanks for telling me that, Mark, it’s something I can look forward to.” 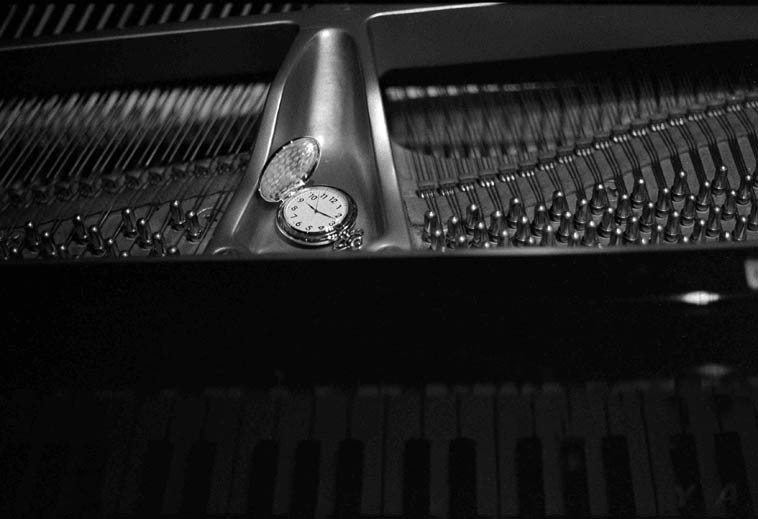 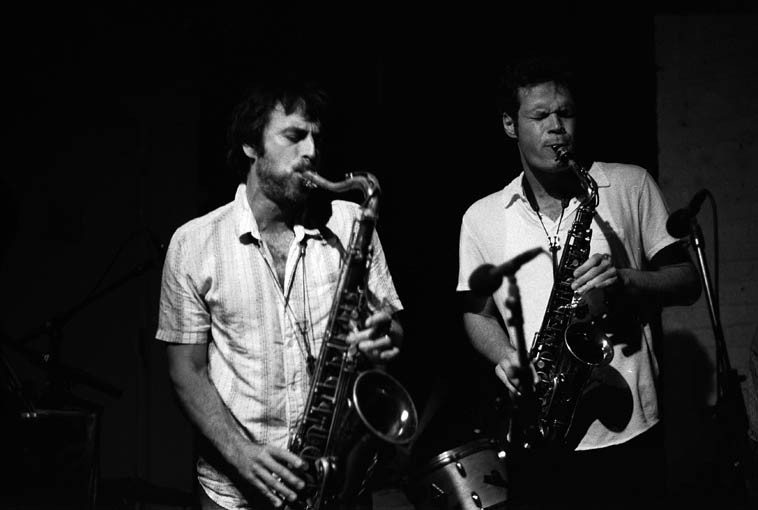 Lorenzo Sanguedolce & Nick Lyons — August 19, 2o14 at The Stone in quintet formation with Connie — These guys are deep into the world of long-lined lyric improvisation and mellifluous counterpoint —– photo by Mark Weber — as incredible as it seems but that tenor that Lorenzo is playing was Warne’s horn( ! ) — Nick is something of a saxophone historian & scholar and found it on EBay for Lorenzo: the legendary Selmer Mark VI serial number 56942 —- Nick’s alto is a Selmer Mark VI (circa 1956) 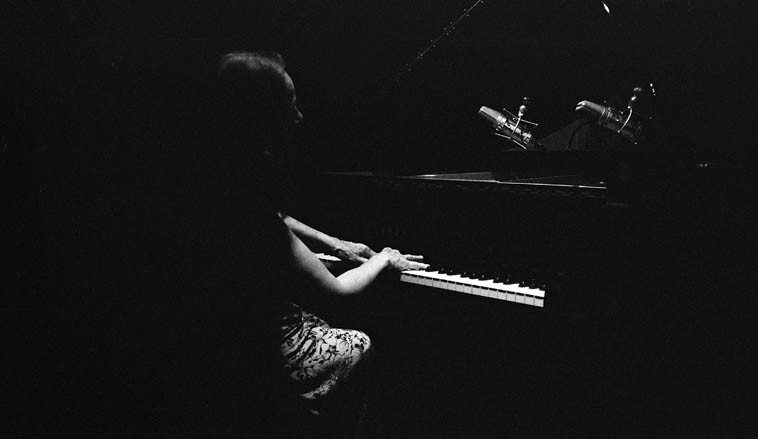 Connie Crothers — August 19, 2o14 — photo by Mark Weber —– I asked pianist Carol Liebowitz how she came to study with Connie: Says that she was out of high school at age 16 and immediately into college (NYU) — she was studying the classical repertoire those years and came across an ad in the Village Voice regarding Connie Crothers’ teaching techniques of improvising that struck her, “there was something in the ad that spoke to me, I cut it out and saved it,” — keeping it in her wallet for a few a few years, so that after she graduated college she called for lessons, but first, coincidentally, she saw that Connie was playing at Carnegie Recital Hall w/ Warne Marsh Quartet w/ Joe Soloman and Roger Mancuso (October 4, 1975) but when she arrived there were lines around the block and sold out and she hadn’t reserved a ticket because “the Recital Hall was never ever even half full as I went regularly to the new music concerts. I waited for no-shows but of course there were none! I was super disappointed but then the elevator guy got me in.” Carol watched the first set from the blinds, and the second set from the balcony sitting in the aisle. “My last real semester ended June 1975, but I had one additional test (that I couldn’t deal with when I was supposed to) so technically I graduated January 1976. I called her shortly after that incredible concert.” [Email 26oct2o14] 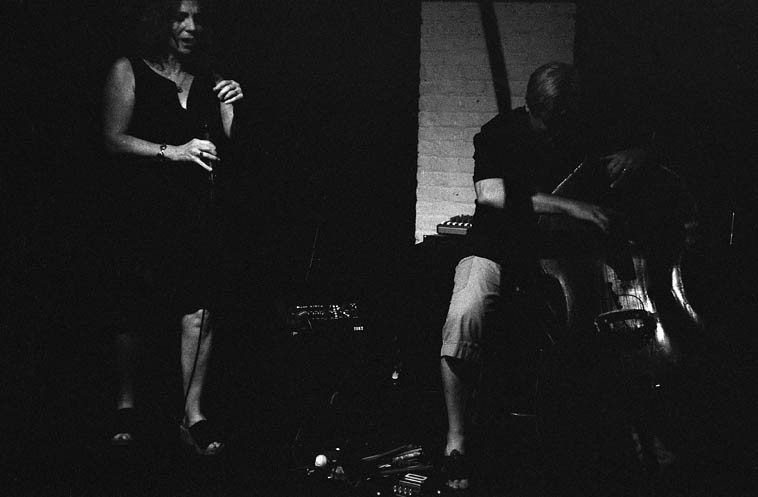 TranceFormation —– August 19, 2o14 — Andrea Wolper, voice; Ken Filiano, bass; Connie Crothers, piano —— Ken has a little vaudeville in there somewhere: He has a trick headstock scroll that falls off “accidentally” so that he can accuse hapless bandmates of breaking his bass (he had it engineered this way so he could take it off for travel — it reconnects with a dowel post) 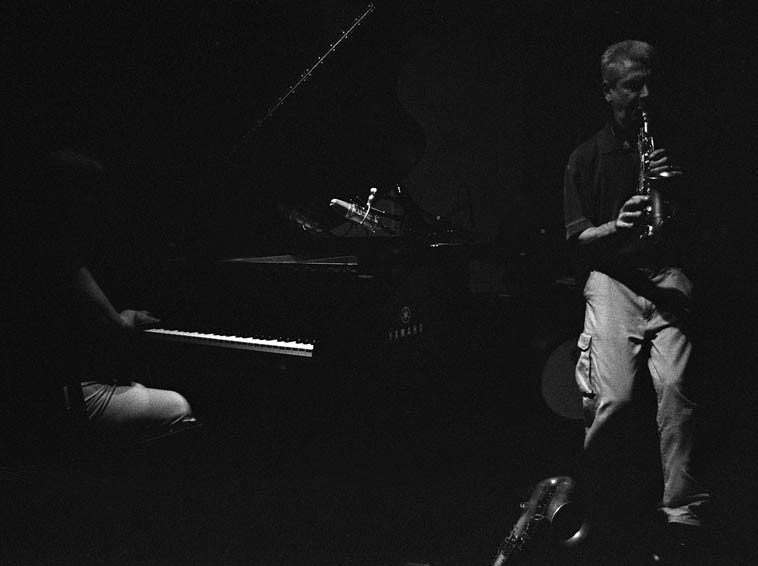 Quartet on August 22, 2o14 at The Stone — Michael Wimberley, drums; Ken Filiano, bass; Connie Crothers, piano; Louis Belogenis, soprano & tenor saxophones — photo by Mark Weber — I have not been following very closely of late this particular line of saxophone music and was unprepared to hear the degree to how much development and refinement had transpired in my absence — I was knocked out —- In as much as a jazz band is a cooperative effort with all hands on deck, all as equal participants, it was how the saxophonist built his solo with logical gradual layering of phrases unhurried methodical with rhythm section adding and building (Ken even using some loop effects at one point), constructing and building toward a lion’s roar inflating the saxophone until the rivets burst the seams more layers that built and insistent toward exultation and complete full-roaring gale force winds — CC later told me that she really dug playing with Michael Wimberley on this set, and Ken was a tour de force. 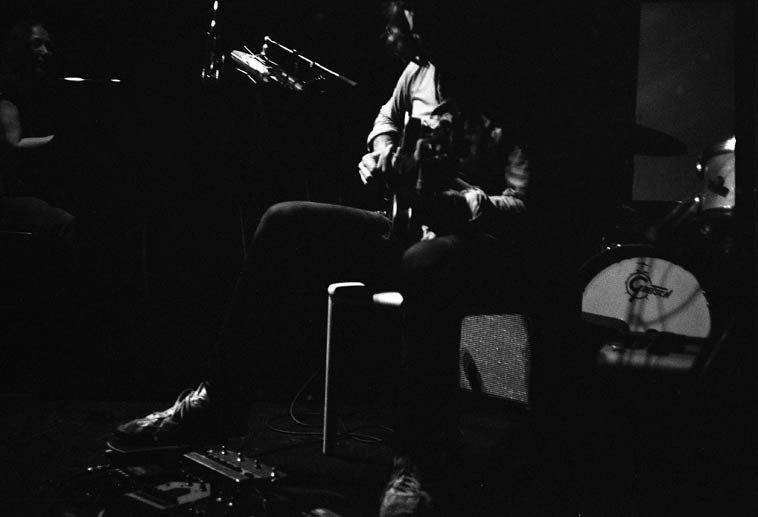 This guy has more music in his little finger than a whole warehouse of Coney Island jukeboxes: Adam Caine, guitar ——— August 20, 2o14 —– photo by Mark Weber 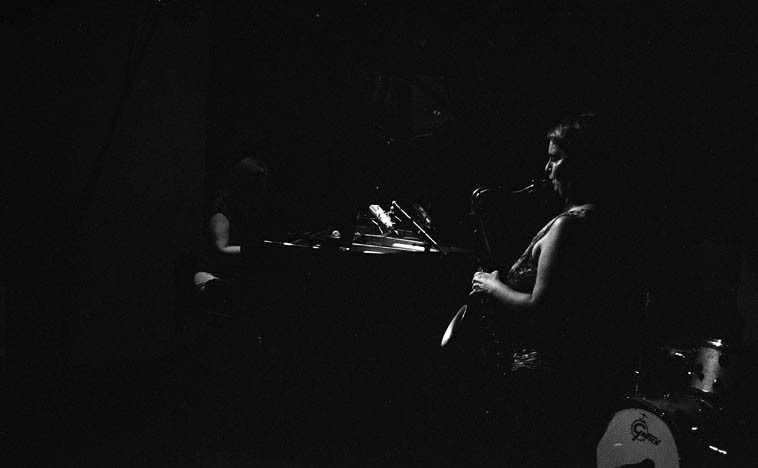 Jessica Jones and Connie Crothers in duet — August 21, 2o14 — tremendous set, marvelous, loose, lyrical, meaningful, they started off spontaneous with “All the Things You Are,” then another spontaneous piece, then coincidentally “In a Sentimental Mood” that I had heard earlier as I strolled down Houston Street toward the Stone from my F subway exit passed a park just east of Katz’s Deli where a guy was playing that Ellington number on tenor so beautiful and so blessed of an evening . . . . . Then they played Connie’s “Bird’s Word,” and then Jessica’s “Family” — Jessica plays my favorite saxophone: the Selmer Balanced Action “pre-War metal,” she told me, “pretty sure it’s 1936,” these were the horns of people like Stan Getz, early Warne, and Hal McKusick, that mellow full luxurious sound. 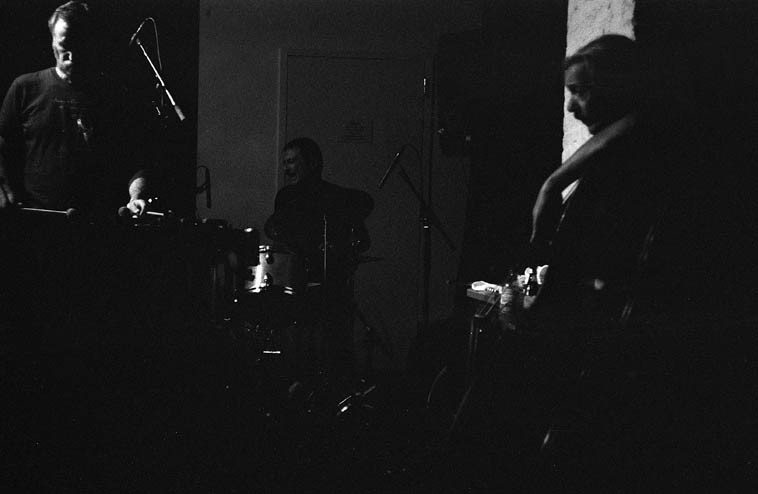 Kevin Norton, vibraphone; Roger Mancuso, drums; Ed Schuller, bass; with CC in quartet at the Stone . . . in the midst of it all, there is Connie like an ocean tide, surging and enveloping, rising with the moon, swirling up onto the rocks —- August 22, 2o14 — photo by Mark Weber 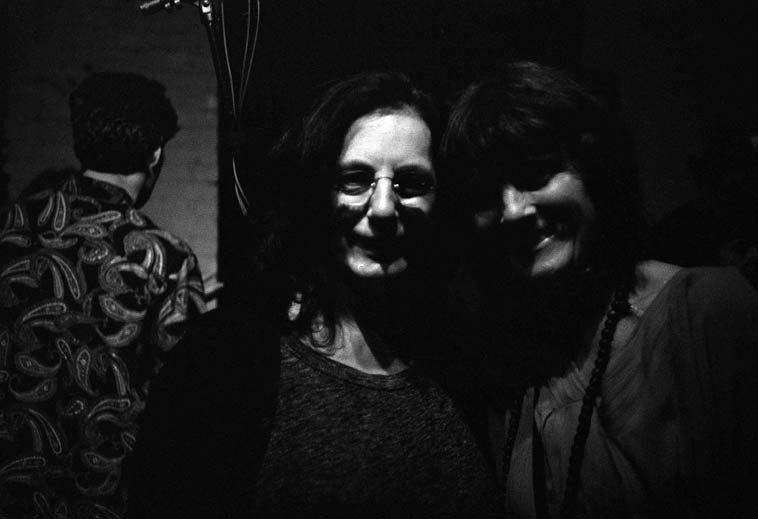 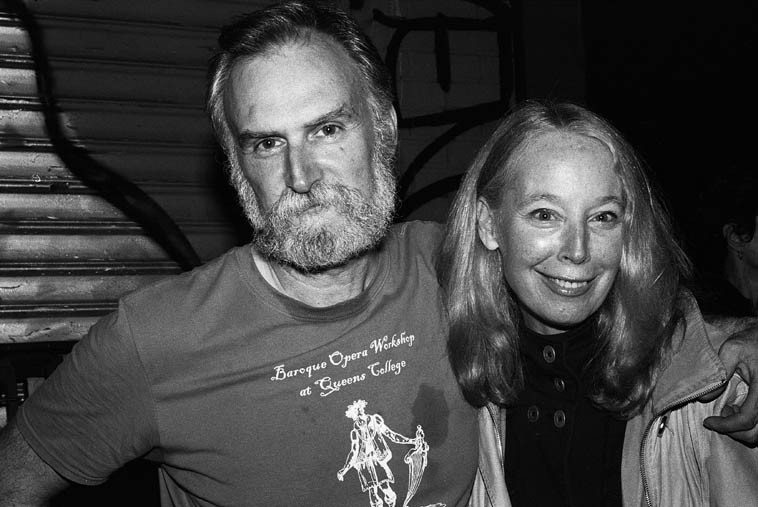 Kevin Norton and Kazzrie Jaxen — outside The Stone after Kevin’s set with Connie’s quartet with Ed Schuller and Roger Mancuso, a band that has been working consistently over the last 12 months — August 22, 2o14 — photo by Mark Weber 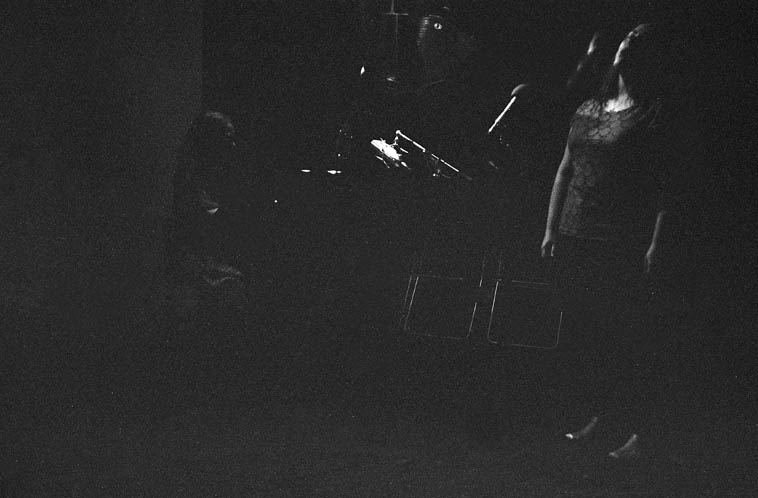 Perfect way to end the six nights Residency: the last set, piano and voice — a duet with vocalist Cheryl Richards —- eternal, like staring into eternity, voice and piano, wordless vocals, wide intervals, pure notes floating in space, a pure woman’s voice, these songs come from a part of the mind that is ancient, before words, all clarity —- it’s staggering how much gravitas a singer must bring to a performance: Connie Crothers, piano, and Cheryl Richards, voice — August 24, 2o14 — photo by Mark Weber

To know that you are living
………..a good life, is the trick,
to have it not escape your notice
that
beyond the usual bumps
……………in the road, and even those
bumps in the road make for
a good life
So much like a deep breath
calmness infuses the nerve
pathways and untenses the muscles
loosens yr wig, so to speak,
among the busy-ness of day-to-day
things always
the chance that you’ll see
this . . . . 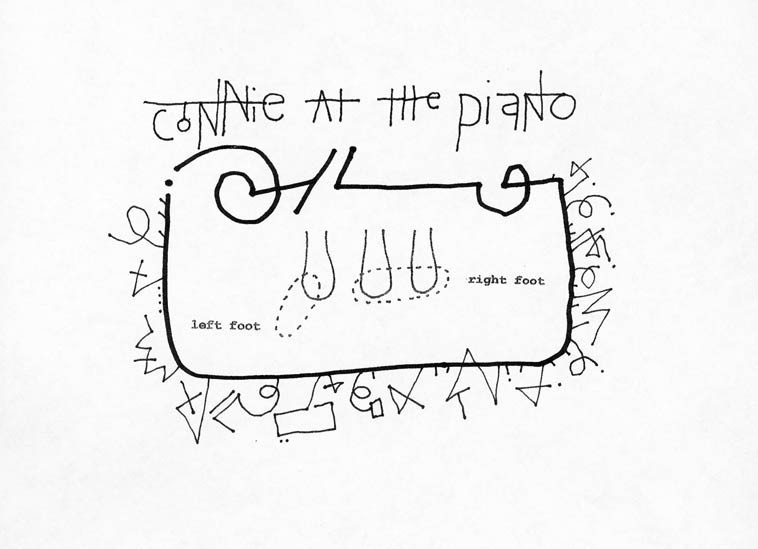 Connie is just tall enough that
she can comfortably stand on the pedals and
while concert is manifest
there’s a lot of activity going on
with those pedals: a combination of
left foot right foot coordinations
(I did the math: 9 possible permutations plus
as many half-pedal’d variations) ——–
a perfect symbiosis between
…………..the piano and the player ———-
Her right foot is set sideways covering both the middle
and right pedals which do different things with sustain
she is cantilevering her foot up & down with these pedals
shaping & sculpting waves of sounds, textures,
as well, the soft pedal (left) is variously added in 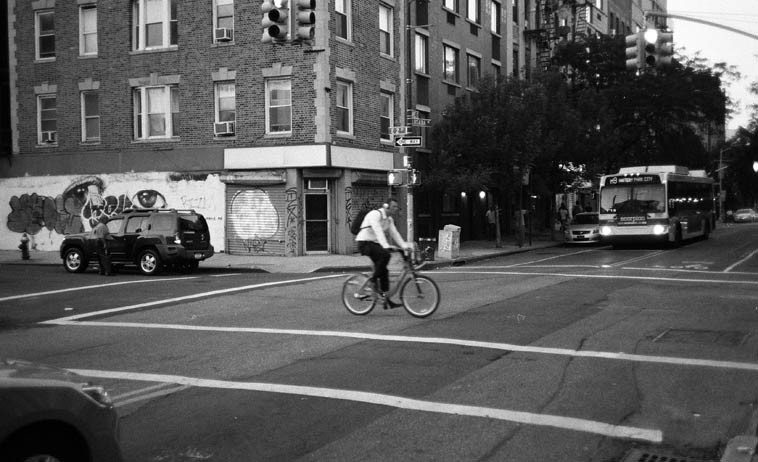 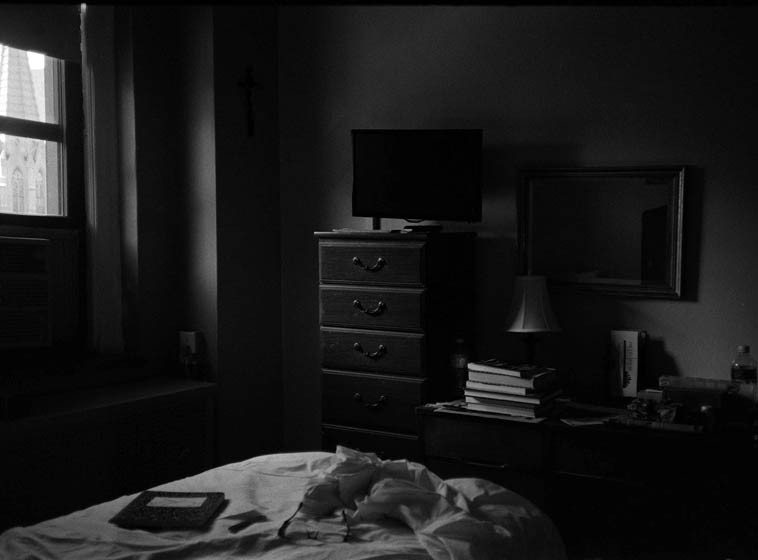 So much humanity gather’d in one place,
so many tall buildings, church steeples, rooftop
gardens, sirens & horns and rumble . . . .

Remarkable thing about Connie is that she continues.
She does her own thing and perseveres.