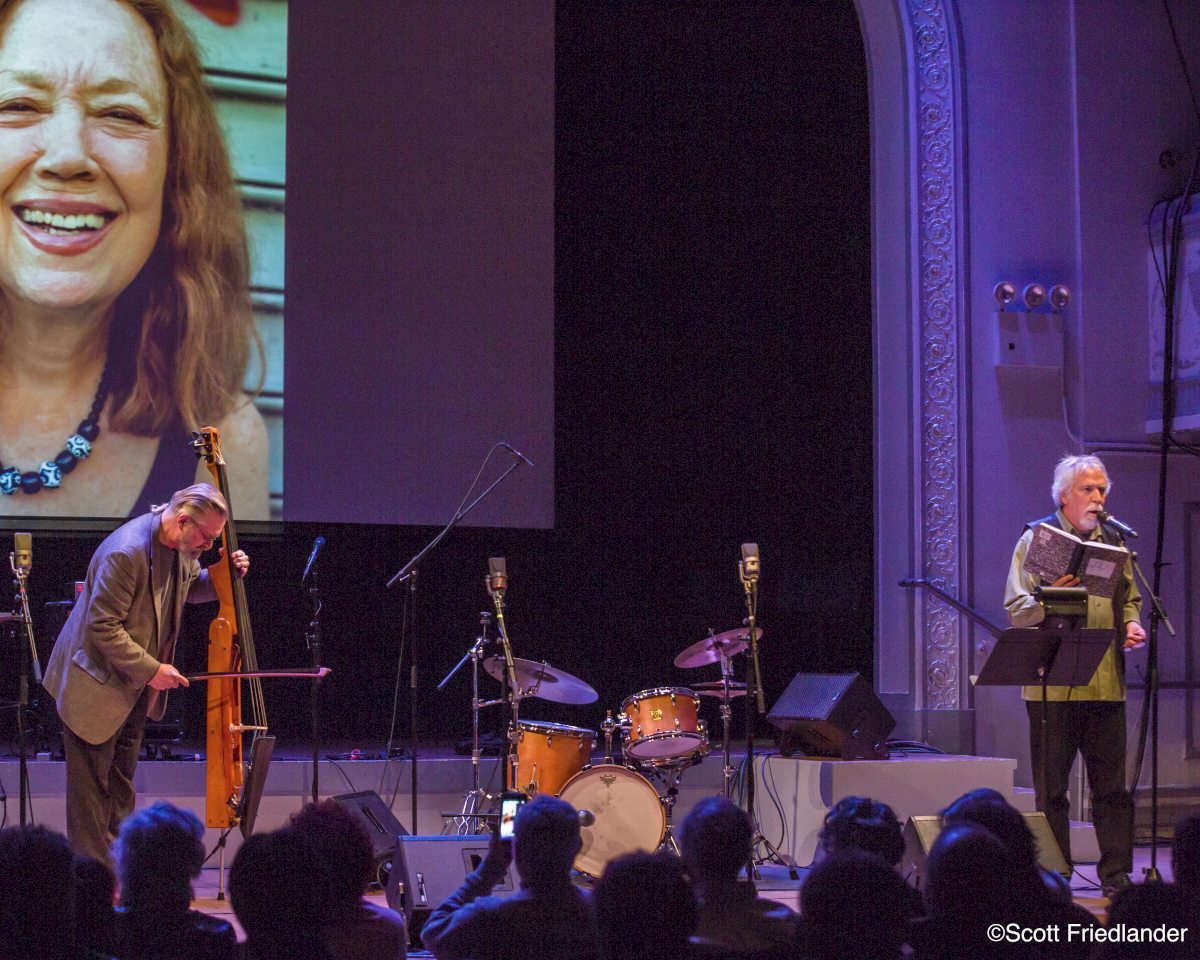 Poem to be read at Connie Crothers Memorial in duet with Ratzo Harris — November 13, 2o16

Please click the red arrow on the left to listen to Ratzo B. Harris and Mark Weber.

Catamow   ko
kay  cee  ko,    yo
be
bamboo,    ka  ka  —  kay  kee  ko
ko  kah  ree
ree    —   reel       ree
AH      oh      ah     [breathe  — relax]
Oh   [explore this mouth formation]
Oh      ah        ah
Lo,    lo long eh
eh  it      it’s,   As
as long as oh,
oh as long long way
long way long
as long as it’s real  [x2]
ko  ka  kay  kee   [x2 slower]
we are all floating in space
like the old poem says:  Are we
climbing the mountain, or is
the mountain moving under us?
ka  ka  ko  kee,  connie
When a close friend dies you become super-sensitive to living things:
Don’t step on bugs, don’t pull even a weed in the garden, listen to the birds more closely
ka  ka  ko  kee, Connie
She first said that to me when I was explaining a text that
I was having trouble writing:  Mark, as long as it’s real
Every day I hear her saying this
Imagine a young woman leaving California by train to come to this city — 1962 — she had only
a suitcase when she arrived at Penn Station (the old Penn Station before it was tore down in 1964) —
she didn’t know anyone, had hardly any money to speak of, found lodging at the YMCA — Connie
had left college, left a marriage, left her family in the San Francisco Bay Area —
she was after meaningfulness
and needed to know if this jazz was going to be a part of who she intended to be — she came to
NYC to study with Lennie Tristano
ka   ka    ko    kee,    Connie
We were attracted to her uncompromising determination, her diligence, forthwith resolve,
her total commitment
to that dream
we all aspired to in our youth
It would be interesting to know more about Connie’s first ten years in New York City — I always
imagine a lot of time alone, a lot of time sitting watching out windows, a long gestation period, studying piano and thinking about music — I read somewhere that New York City will
give you the gift of loneliness  [E.B. White]
This long gestation period (she was 32 before taking her first public gigs)  gave her a certain compassion
for her student’s aspirations —-
You always sensed she went through a lot of trials in these early years in the city, that old selfsame
dark night of the soul — New York was a tougher place back then
Over the telephone some years ago I was remonstrating about how busy I was with various writing
projects and deadlines, so much so that I realized all those youthful yearnings to be a successful
artist had come to pass, and actually beyond expectations, I was even working with Connie
Crothers, but all of it somewhat overwhelming, I say to Connie to tell her students to be careful what you hope for you just might get it, and she corrected me, and this is pure Connie: “No, Mark, anticipate what you hope for!”
ka  ka   ko   kee,   Connie
Her piano could be like the ocean
deep green
the New York subway,     pressing on
Tornados or ships calmly settling into port
loaded with lapis lazuli, electrum, wine, silk & clairvoyance
a gossamer dream 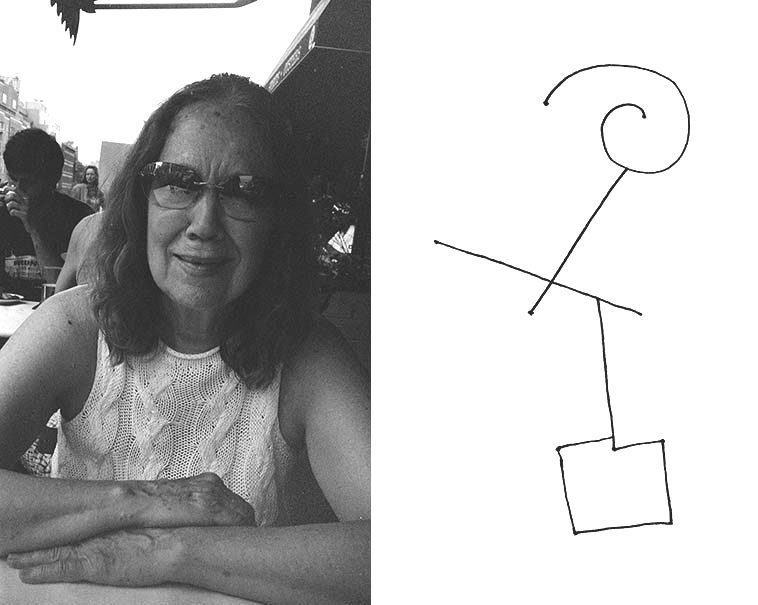 Connie at lunch in her neighborhood July 11, 2010 at The Diner, Williamsburg — photo by Mark Weber — That dream we all had of creating the best most honest music we could . . . . 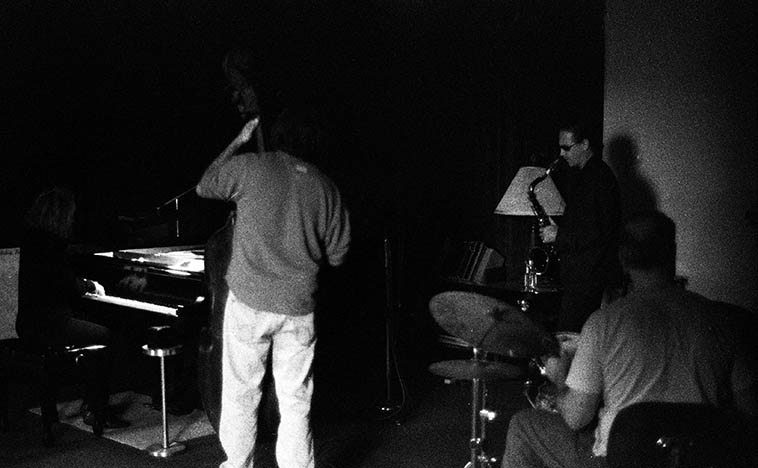 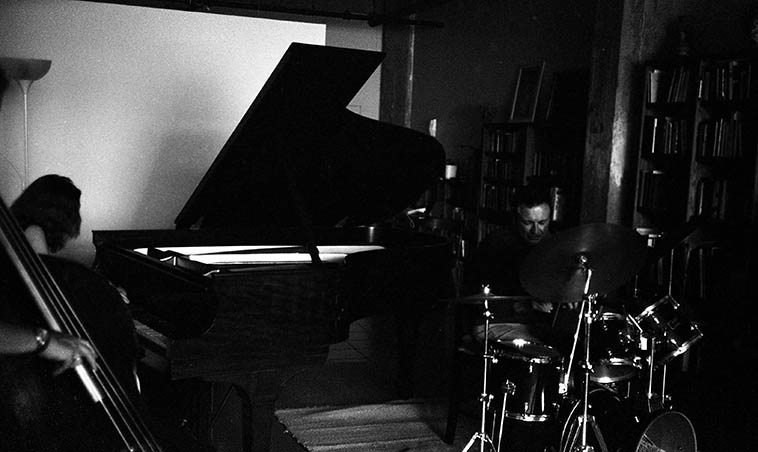 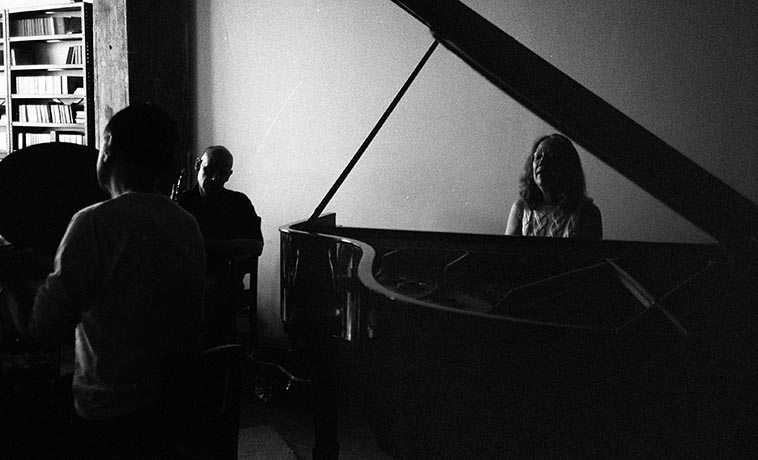 Session at Connie’s with Roger and Richard — July 11, 2o10 — photo by Mark Weber 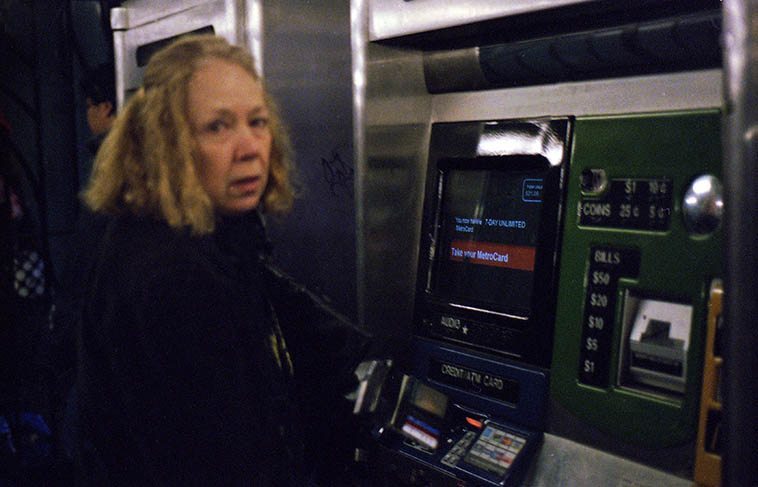 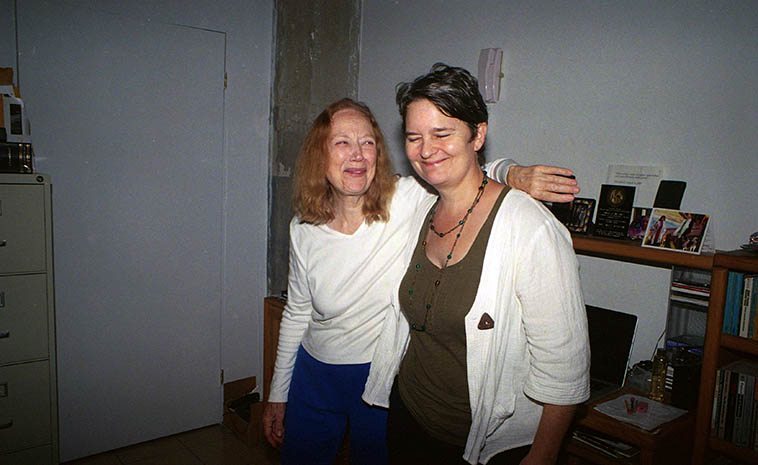 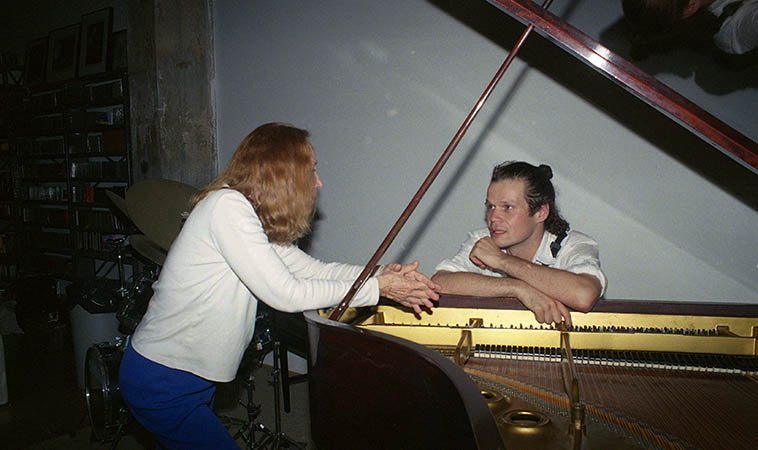 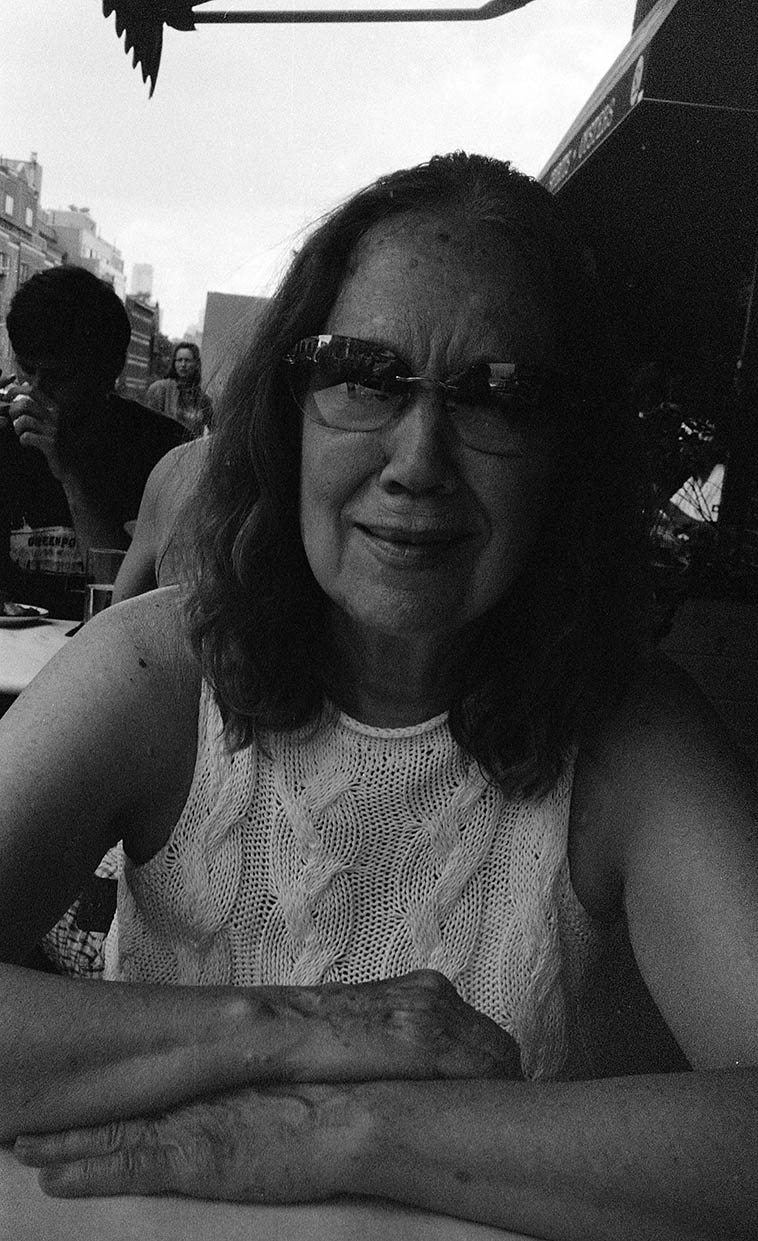 Connie Crothers, Friends Along The Way