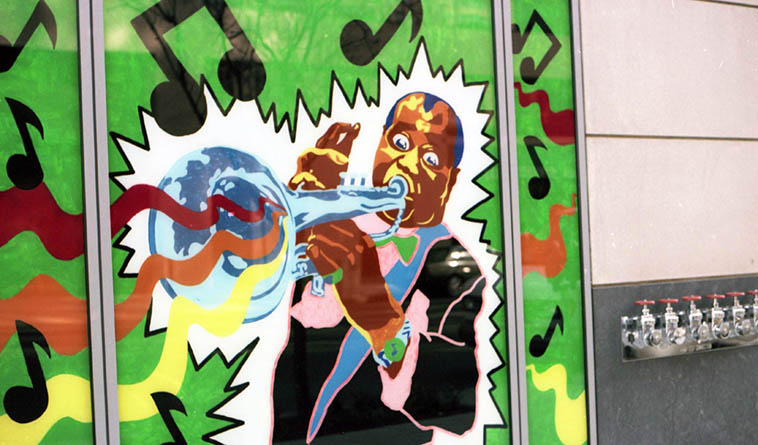 The trumpet goes way back. The musicians of Sumer blew a horn to gather round for a public announcement. The Semitic peoples have their ram’s horn shofar. Scandinavians had the bronze lur —- I have a picture on the wall of two Nordic guys, circa 1,000BC, blowing the wide circular lur as a ship departs. Mayans had giant conches, used in parades. The earliest metal trumpets (silver and bronze) date to 1500BC Egypt (one was found in Tutankhamen’s tomb). The earliest conch we have is 12,000 years ago from Magdalenian Culture (Neolithic Western Europe 17K) that Cro-Magnon must have jammed on. And you know it had to go back further —- If Homo Sapiens came on the scene 200,000 years ago and the singsong speaking of symbolic language, say, 150,000 YA, then musical instruments to mimic the voice couldn’t have been much further behind.

Trumpets are complex. Eddie Henderson told me that his Martin Committee has a tiny burr of solder inside the tubing that shouldn’t be there but he likes the sound. Bobby Shew tells me those welding spots are crucial that they be smooth or wave forms are disrupted. Kenny Davern told me he watched Chet Baker backstage smashing a trumpet that wouldn’t play right. Miles poured gin in his Committee. Bobby Bradford told me he found a horn he used to use for years and upon getting to know it again, “It was like an old girlfriend, but after awhile I realized why we broke up.” Shew recently found out that even if the screw on the spit valve is loose it makes the valves iffy, “Has something to do with how the metal vibrates,” he said. And a lot of trumpeters put the instrument down later in life and take up arranging, band leading, and pointing a baton. My friend Harold Howard used to say if you didn’t practice daily, the “trumpet will tell on you.” Don Cherry played a pocket trumpet because it was easier to blow. Eddie Harris put his saxophone mouthpiece in his trumpet. I was there when Ornette asked George Sams to give him a lesson (didn’t happen). Some guys play two at a time. The articulation of notes requires the tongue to stop and start the airflow. Trumpeters spend their days off at the machinists making minor adjustments to the bore of their mouthpieces (I had one of Bradford’s discarded Calicchio mouthpieces for years and when he found it on a shelf, said, “Hey, this thing plays fine,” and gave me another to replace it, “Here, you can use this to put a rose in it and give to Janet.”) Marching band trumpeters use a plastic mouthpieces so their lips won’t freeze to the metal in the cold. The saxophone started out as a trumpet.

Trumpeters are a fraternity. More than any other instrument they are a brotherhood.

Trumpets are not like violins, they do not age well. It is said Buddy Bolden played so forcefully that he could be heard across the Mississippi River, but his trumpets got blown out of shape. And we all know the story of Jericho. And doesn’t Saint Peter at the Gates play trumpet?

Oscar Brashear – June 16, 1984 Hollywood Bowl —- photo by Mark Weber —- Oscar Brashear came out of Chicago (b.1944) went on the road with Basie 1968-1969, moved to Los Angeles in 1971 caught Gerald Wilson Orchestra and met Harold Land worked with both of them quite a bit, also on the coast w/ Henry Franklin, Kenny Burrell, Bobby Hutcherson, Hampton Hawes, Oliver Nelson, Horace Silver, Shelly Manne, Moacir Santos, Joe Henderson, and even Warne Marsh (that date that produced Elek Bacsik album) —- We’ll listen this day to one of my all-time favorite records: Harold Land’s XOCIA’S DANCE (1972) that Mr Brashear is deep in the mix —- He’s listed on 275 sessions at Tom Lord Jazz Discography 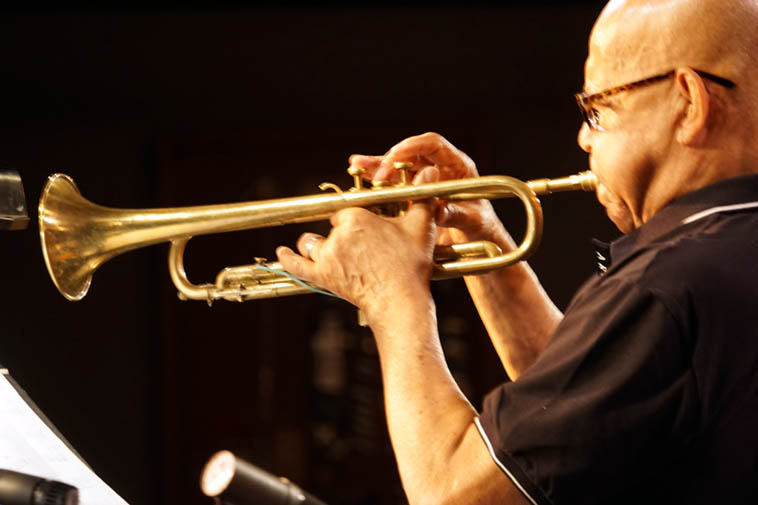 Looks like Eddie Henderson has a rubber band holding things together on his (1944) Martin Committee (I think he told me it was 1944? – says he has a couple of these) —- photo by Mark Weber —- June 14, 2o19 w/ The Cookers at the Outpost Performance Space, Albuquerque 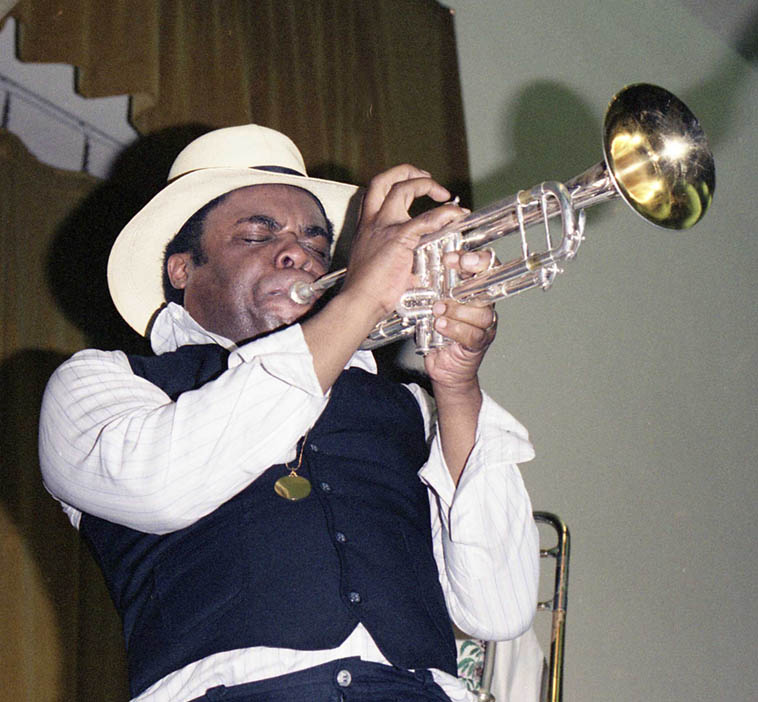 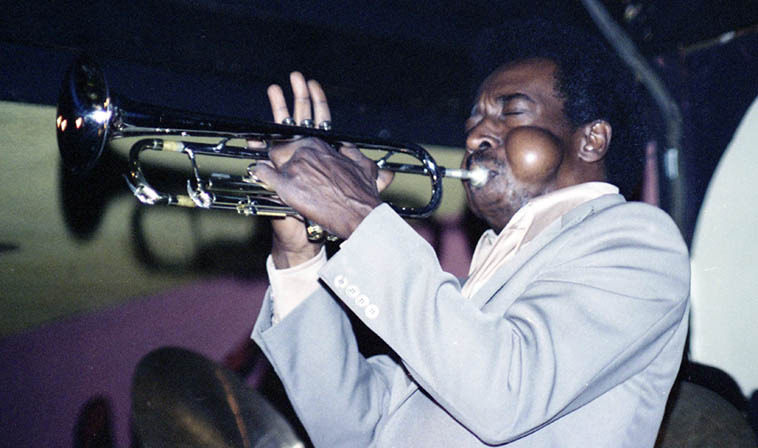 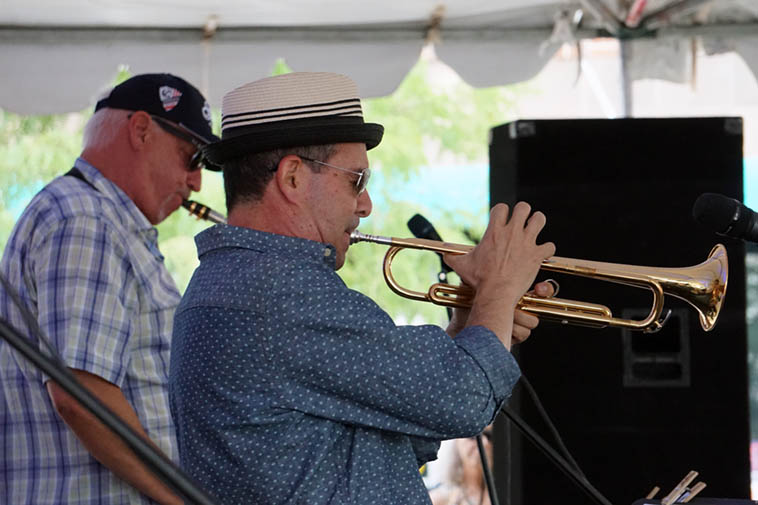 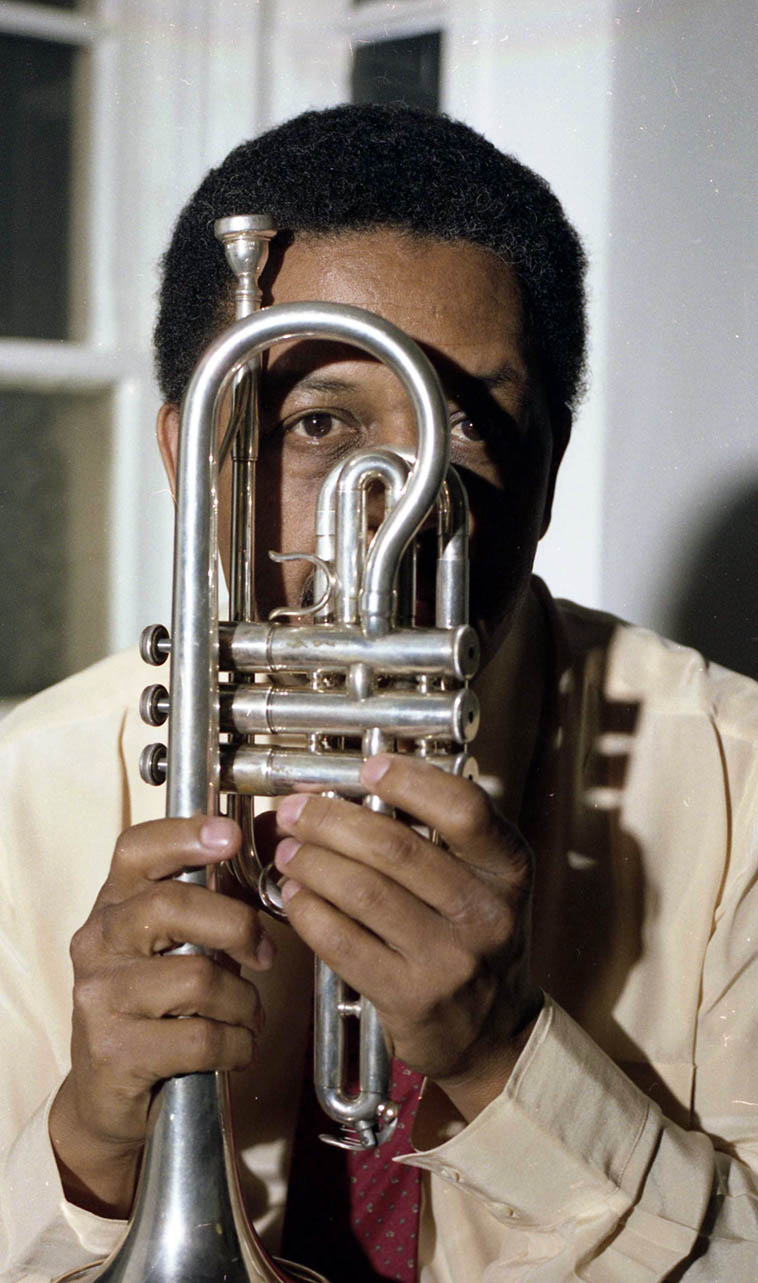 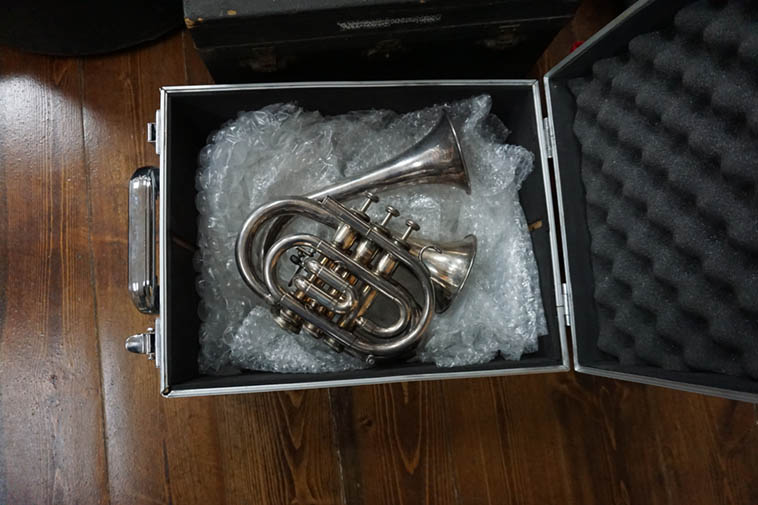 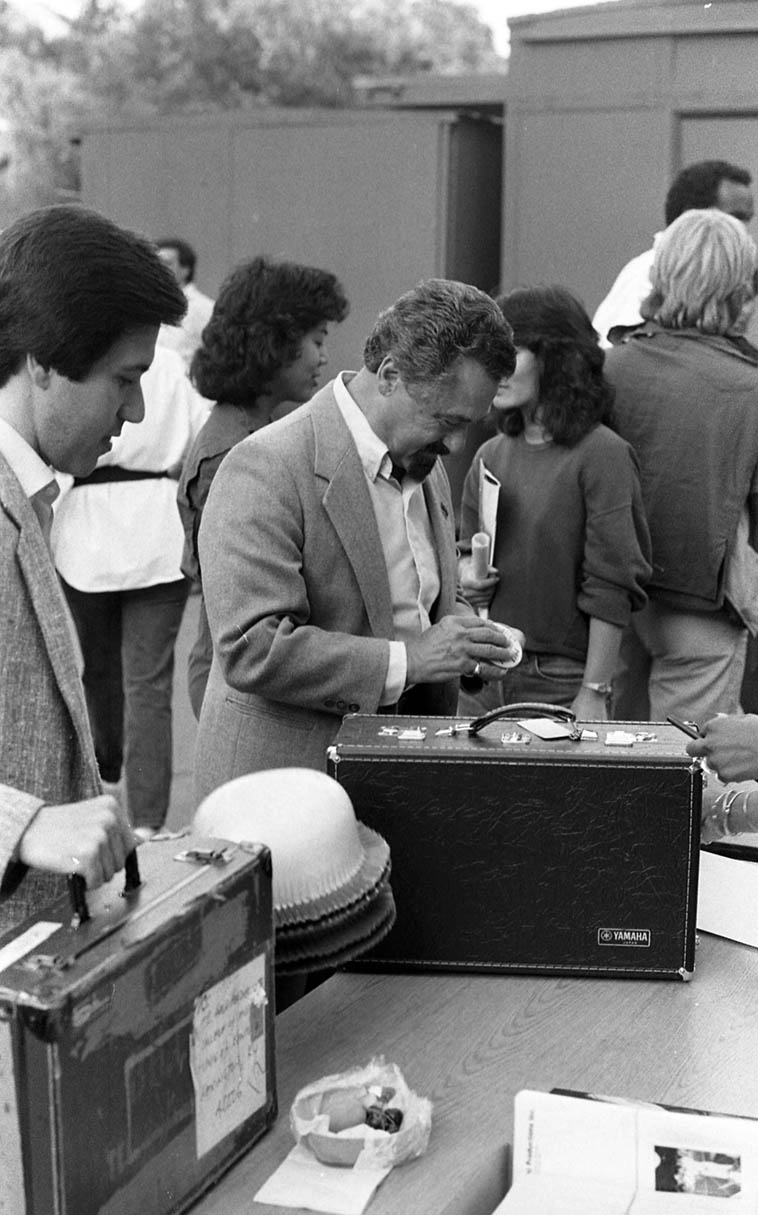 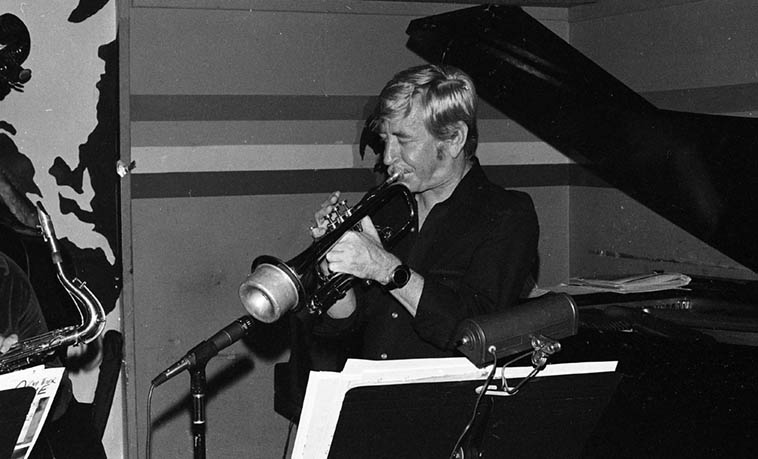 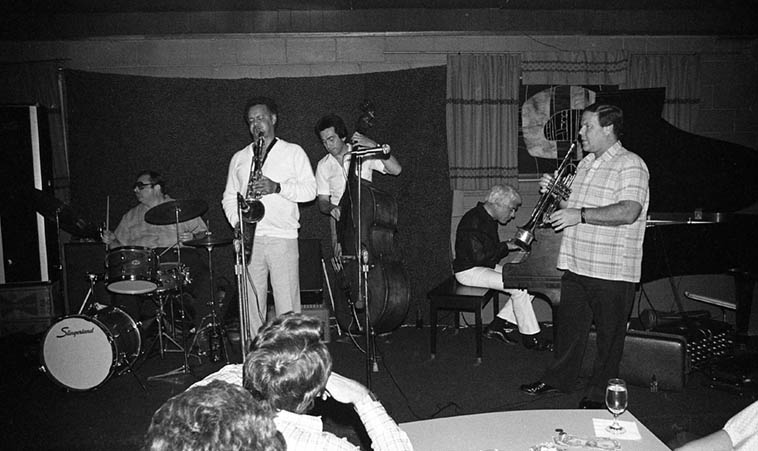 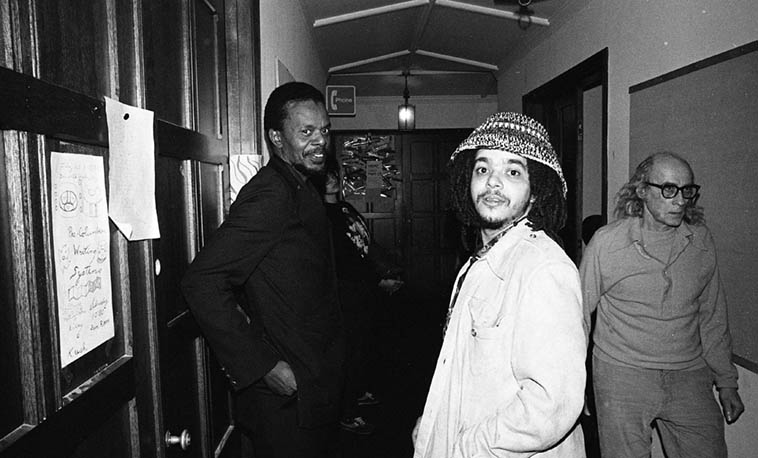 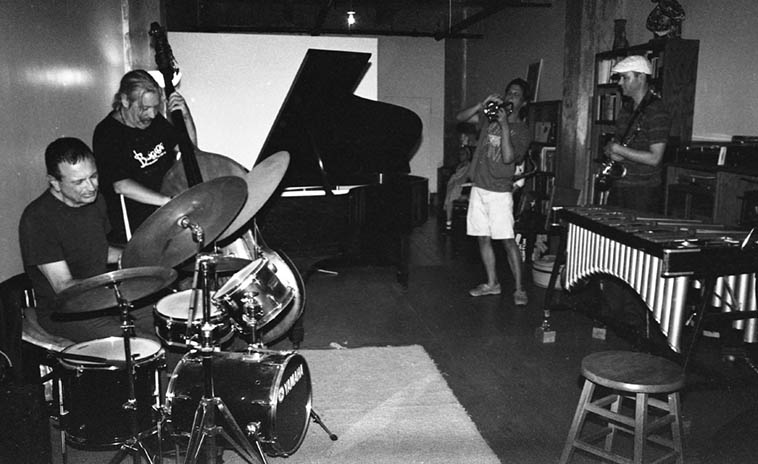 Watch out for this guy: Ryan Messina, he’s arrived and nobody knows it, yet —- Here he is at a jam session at Connie Crothers’ studio in Williamsburg —- September 10, 2o13 w/ Roger Mancuso (drums), Ed Schuller (bass), Connie (piano), Ryan (trumpet) and Jeff Pearring (alto) —- photo by Mark Weber —- You can catch Ryan Messina in duet with Virg Dzurinko on their 2o15 cd UNDERTOW (New Artists Records 1063) —- You can also catch him as one of the captains of the water taxis that ply the East River 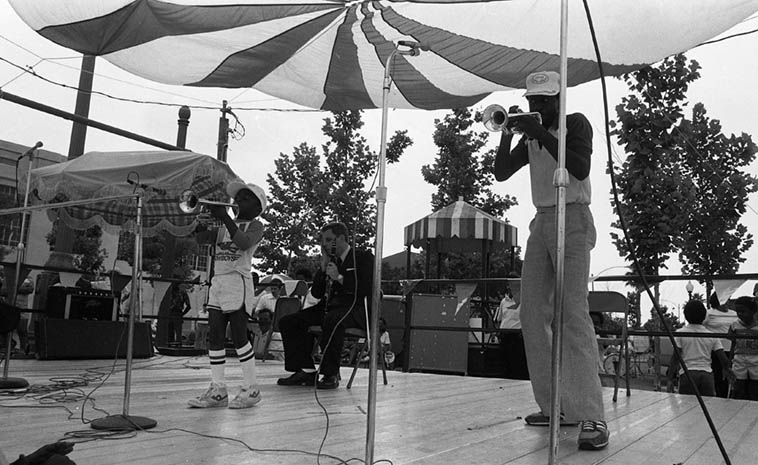 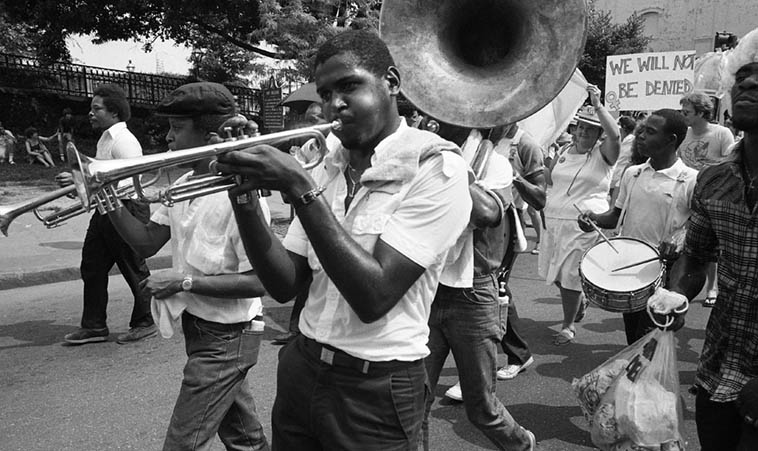 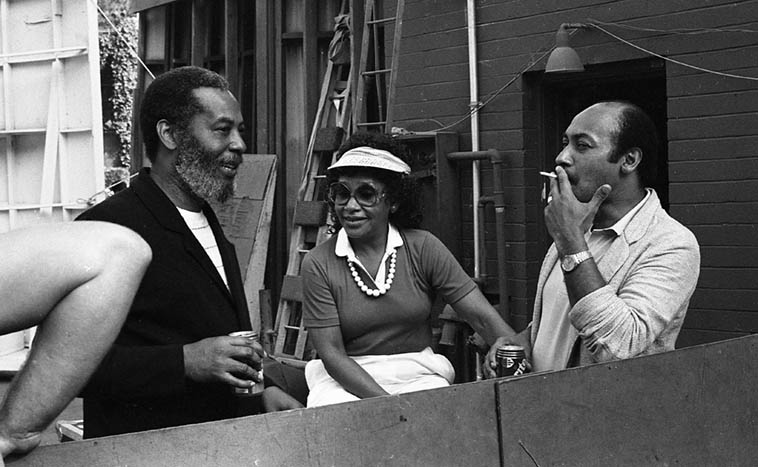 Ben Riley, Clora Bryant, Kenny Barron —- Playboy Jazz Festival, Hollywood Bowl – June 18, 1983 – photo by Mark Weber —- Clora made one fabulous album GAL WITH A HORN (1957) but mostly, in the 8os on the Coast, you’d catch her in the sections of R&B bands like Johnny Otis or Joe Liggins & the Honeydrippers, or with Buddy Collette and I sure wish there were recordings of her with Teddy Edwards Sextet of which I saw (& heard) with my own eyes —- Clora played trumpet forever 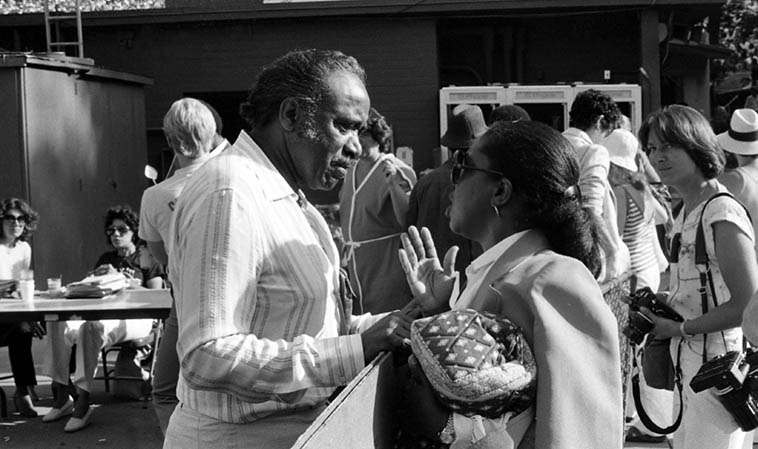 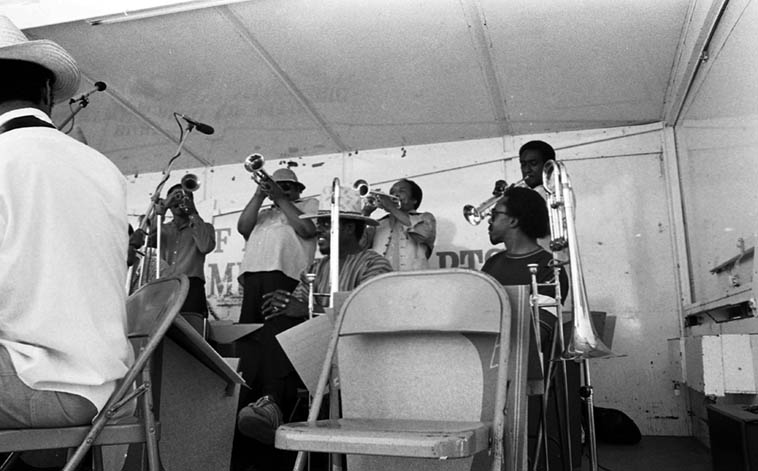 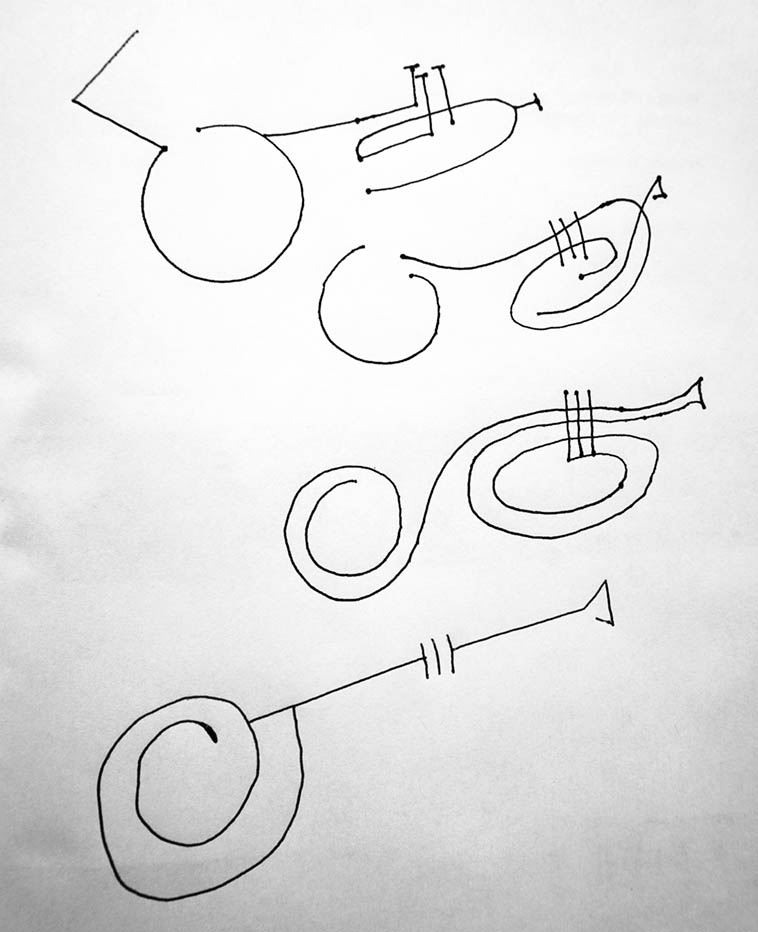