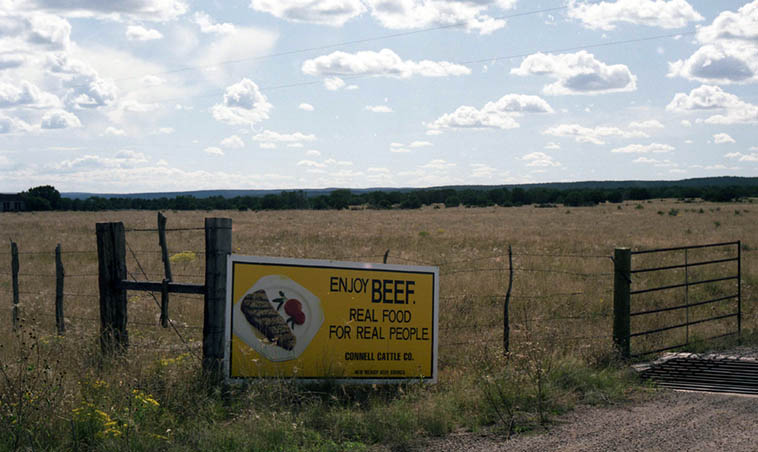 Damn strange times we’re living in these days —- A time of “porch pirates” and a president with an ego the size of a dump truck, and humility and brains in short supply, one porch pirate who was caught red-handed explained that it was Christmas and she needed to get presents for her children, well, that makes it okay then ———- And me stepping outside one morning in my underwear the door blew shut behind me locking me out (we have an adobe wall surrounding our front yard or else I wouldn’t be so cavalier about stepping out half-nekkid) And the only way to get to our backyard and thus back inside is through my neighbor’s yard, who hates me (I think she hates all men) —- Can you imagine how that’d play out in court? Judge says, “Now, let me get this straight Mr Weber, you were in this lady’s backyard in your BVDs, is that correct?” Meanwhile, I’m reading Samantha Power’s memoir and she has me paying closer attention to the horror of chemical weapons, we’ll all be dead if things go down that road (Samantha was the United Nations Ambassador for the U.S. for 8 years appointed by Obama). 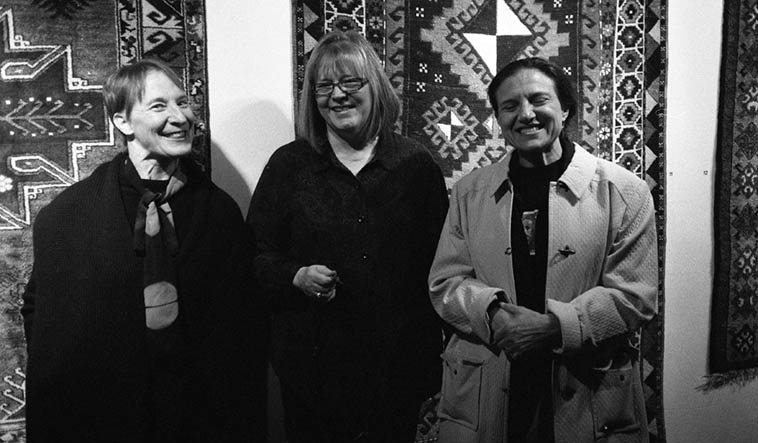 We lost a dear friend this year when Colleen went away unexpectedly back in March, she was J.A. Deane’s soul mate for 38 years and to my right in my typing room I have the six little meteorites on the windowsill Colleen gave me that she found in the hills above Ribera, New Mexico, when they lived there —- photo by MW —- Outpost Performance Space at Dino’s Harmonograph 2×2 performance April 2, 2o10 —- Left to Right: Colleen Mulvihill, Cris Nichols, Janet Simon 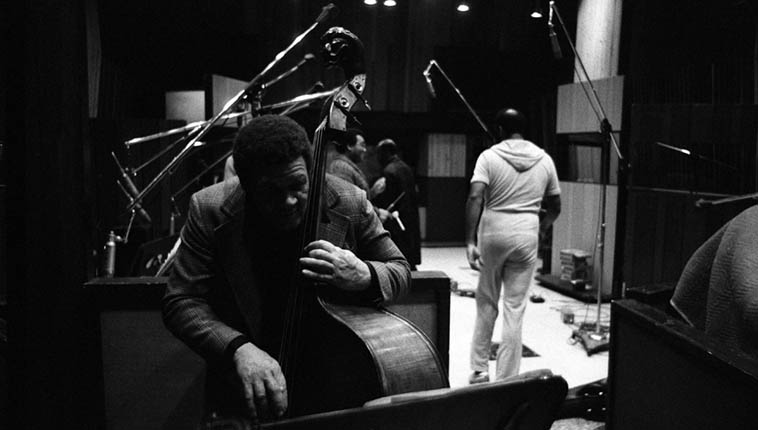 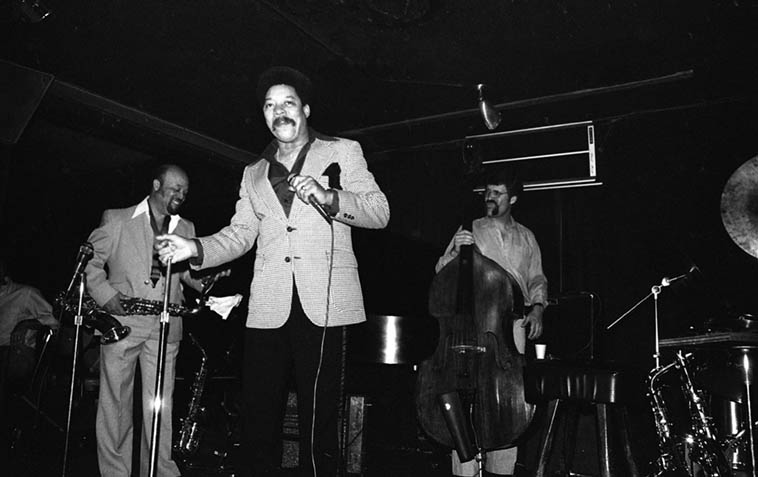 Tom Albach (producer of Horace Tapscott recordings, age 94) asked me the other day who was that comedian who used to work The Parisian Room, and I immediately said REYNALDO REY! And Tom said, “Yeh! Man he was filthy!” This was the era depicted in Eddie Murphy’s new biopic DOLEMITE IS MY NAME AND FUCKING UP MOTHERFUCKERS IS MY GAME of the pimp-cum-stand-up-comedian Rudy Ray Moore—- That’s Red Holloway (tenor) and Harvey Newmark (bass) – Parisian Room, corner of Washington & LaBrea, June 13, 1980, I’ve been told Parisian Room is tore down and now there’s a post office there, sure was a lot of good music there in those days —- photo by Mark Weber 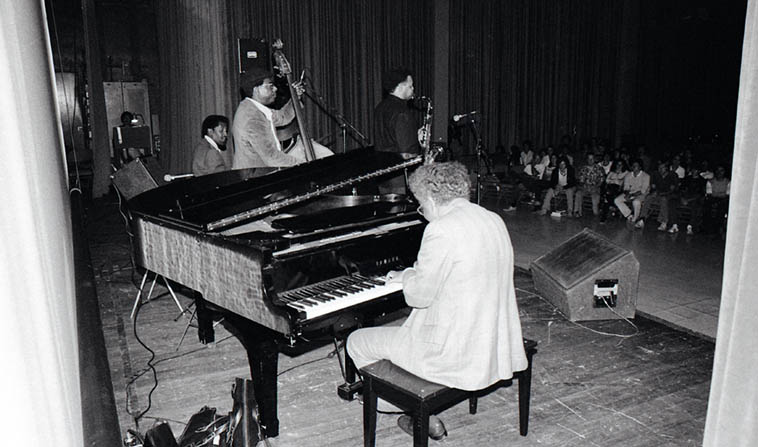 Not sure who was the leader of this quartet, but that’s Plas Johnson (tenor), Jimmie Smith (drums), Larry Gales (bass), and Dolo Coker (piano), at UCLA Ackerman Grand Ballroom — May 14, 1980 —- photo by Mark Weber 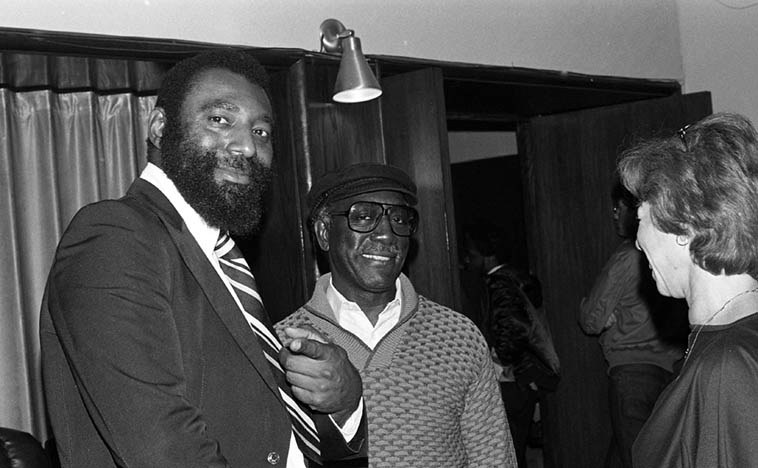 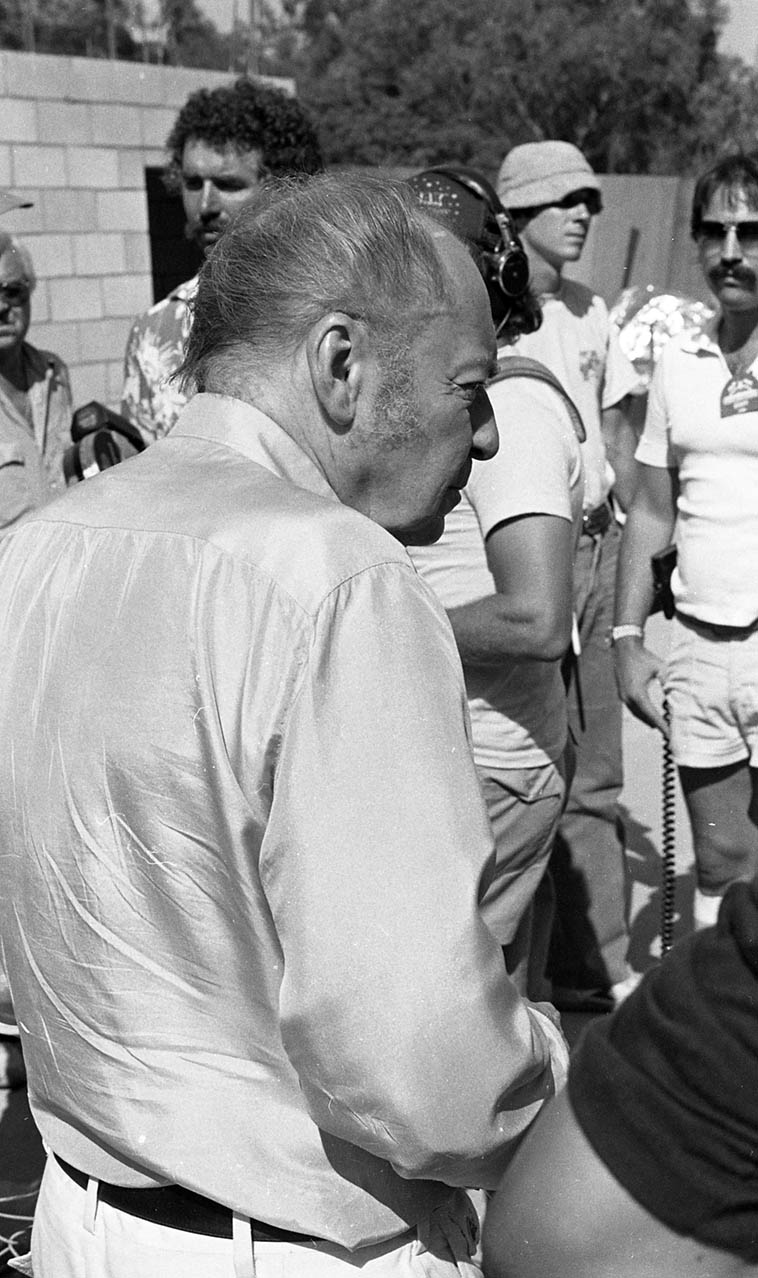 Woody Herman backstage at Hollywood Bowl, one of the giants of jazz music, June 20, 1981 —- Remember that the germ of Supersax was Woody’s Second Herd recording of “I’ve Got News For You” (Dec. 24, 1947) arranger Ralph Burns, “I took a passage note for note off a Charlie Parker record and harmonized it for the saxophones.” Just 8 bars of Bird’s “Dark Shadows.” Med Flory in Gene Lees’ book LEADER OF THE BAND/Woody Herman biography says that it was that short passage that anticipated the concept of Supersax thirty years later. We’ll listen to something from this band on today’s radio show. Photo by Mark Weber 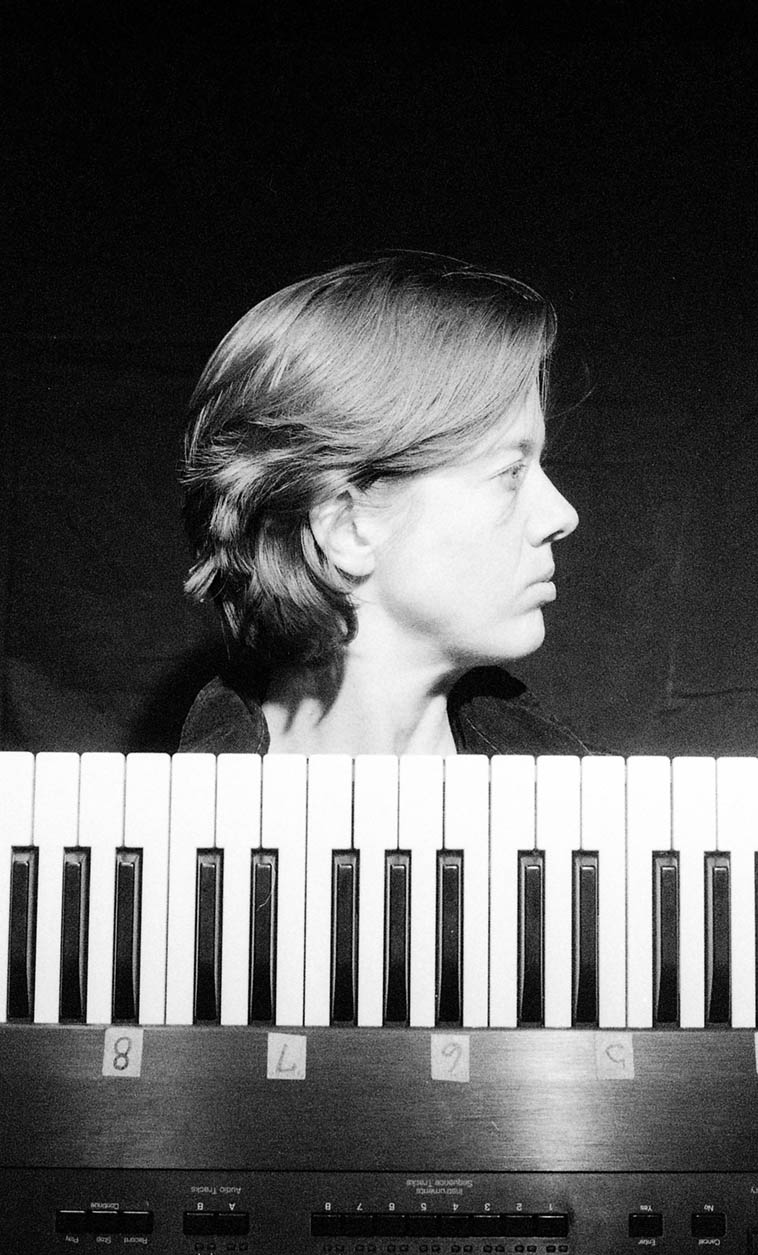 CK Barlow —- October 10, 1999 Albuquerque —- CK is a keyboard player & laptop sound designer, many of her compositions can be found on my Zerx Records 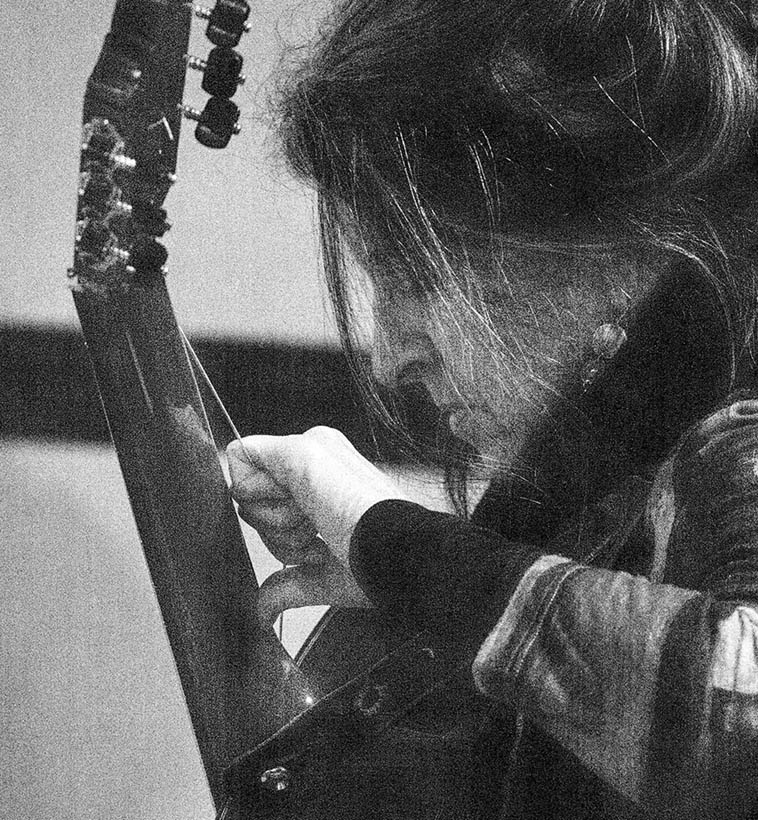 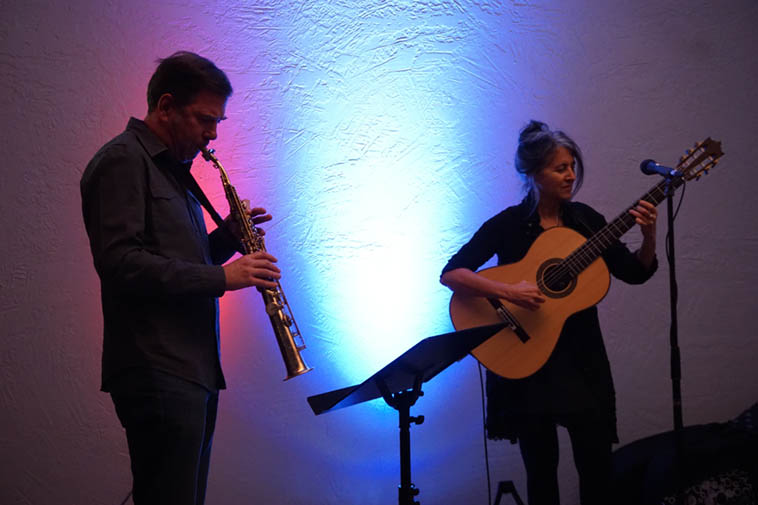 Chris Jonas & Janet Feder in duet in Corrales, New Mexico —- December 7, 2o19 @ Live at Thrive (produced by Roch Doran) —- photo by Mark Weber . . . . from my notebook: Janet’s concert last night very even-temper’d, quiet, quietness being one of her compositional elements, everything cohered, if there was disjunction it was of the sort you’d find in an M.C. Escher, very intricate, with waterfalls that flow down back around itself to waterfall continuously, coalesced, all in agreement, mirror’d images, contrast and recapitulation and uniformity, parallelism, balance, counterbalance, whirling in, all things drawn to the center, together, pulling together as it turns quietly, like a Calder mobile . . . counterbalance best word to describe it, and Chris masterfully found his way into her music beautifully, he being a guest on this 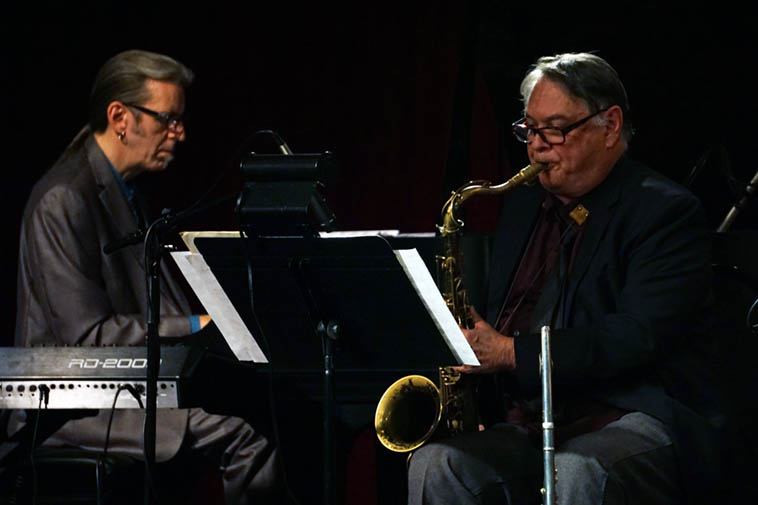 Jim Ahrend and Alex Murzyn as part of the Bobby Shew Sextet —- December 12, 2o19 Outpost Performance Space —– So glad that Patti Patten filmed this concert, it was off the map —– photo by Mark Weber 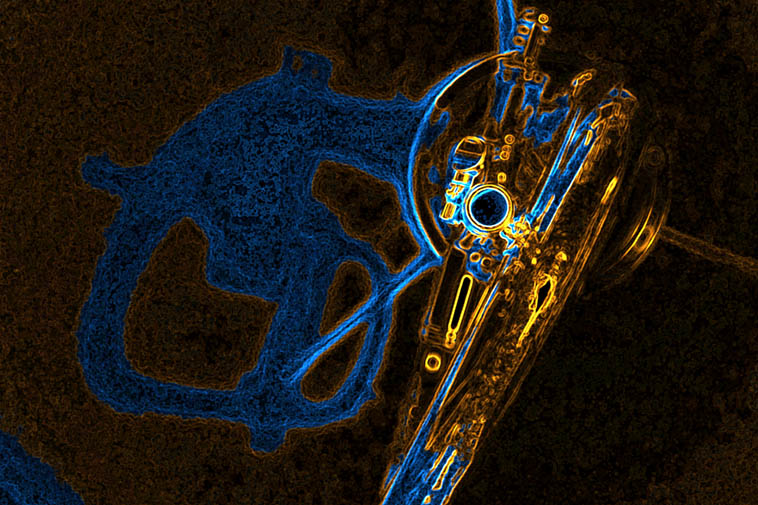 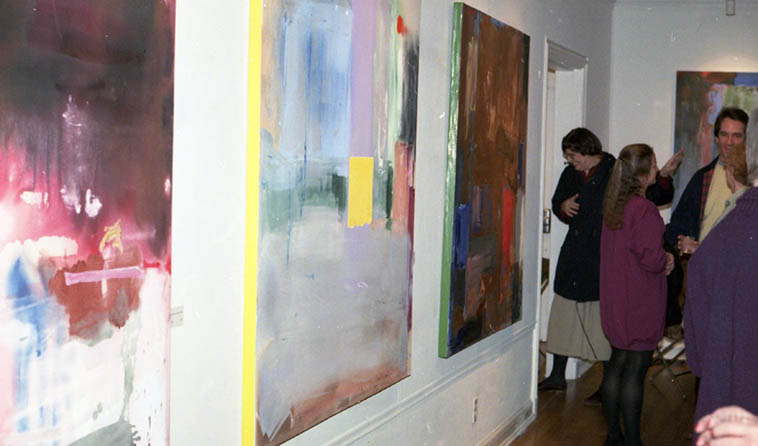 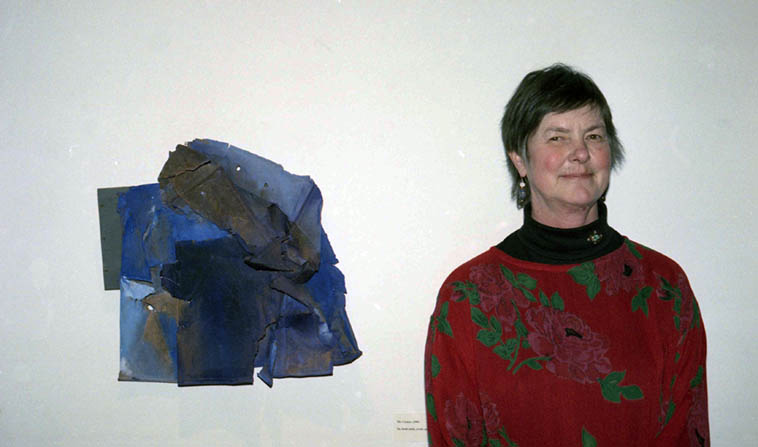 Is that the look of a outlander, or what? Lee Deffebach (1928-2005) and one of her combine assemblages —- photo by Mark Weber February 24, 1991 —- Life-long Utah artist, I’ve loved her approach to canvas ever since I came across that postcard announcing this show in Salt Lake City when I worked at the post office (she laughed when I told her that story) 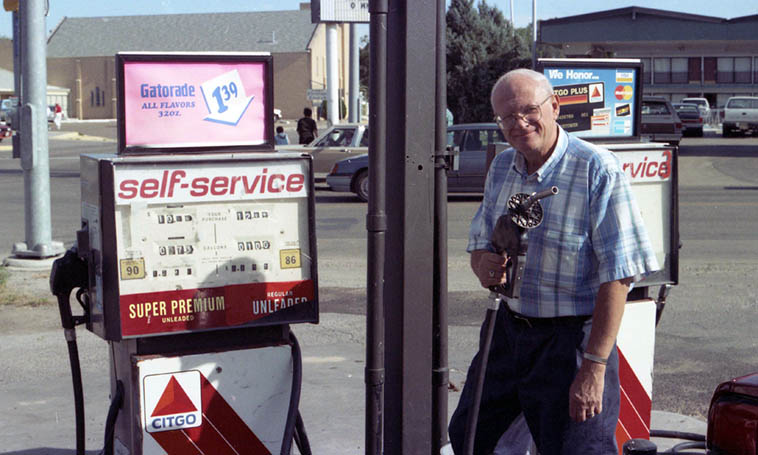 En route to the Poetry Rendezvous in Great Bend, Kansas —- the name of the gas station was You Pump It —- I said to Todd, “Check out the name of this place” and he observed ruefully, “Yeh, you pump it and we’ll sell it” —- I still laugh every time I think of that one, Todd was a master of one-liners —- photo by MW Dalhart, Texas, August 6, 1994 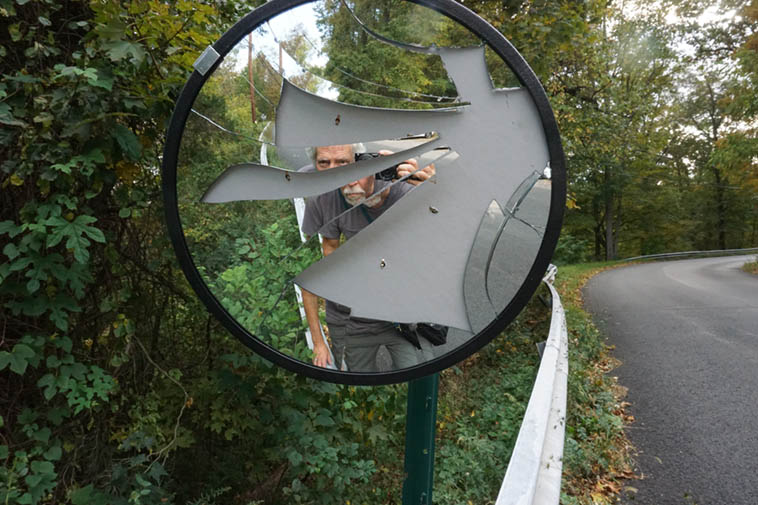 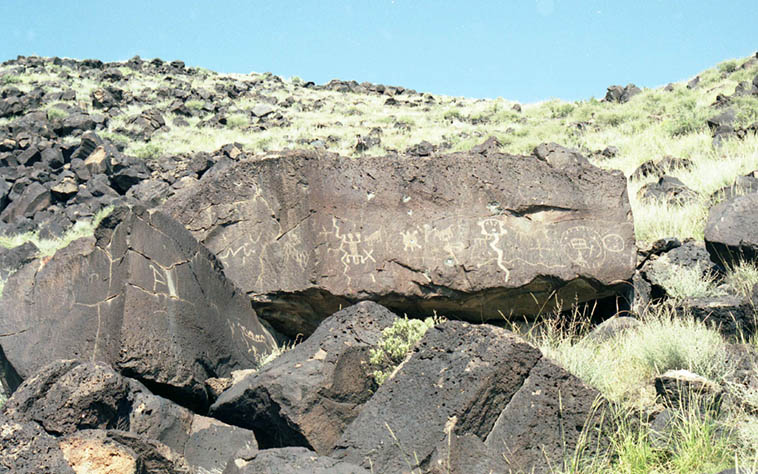 Petroglyphs of ancestral pueblo people on the West Mesa of Albuquerque —- some of the petroglyphs date back 3,000 years ago but these are probably circa 1300AD in Rinconada Canyon —- photo by Mark Weber September 21, 1991

Not Yet So Far