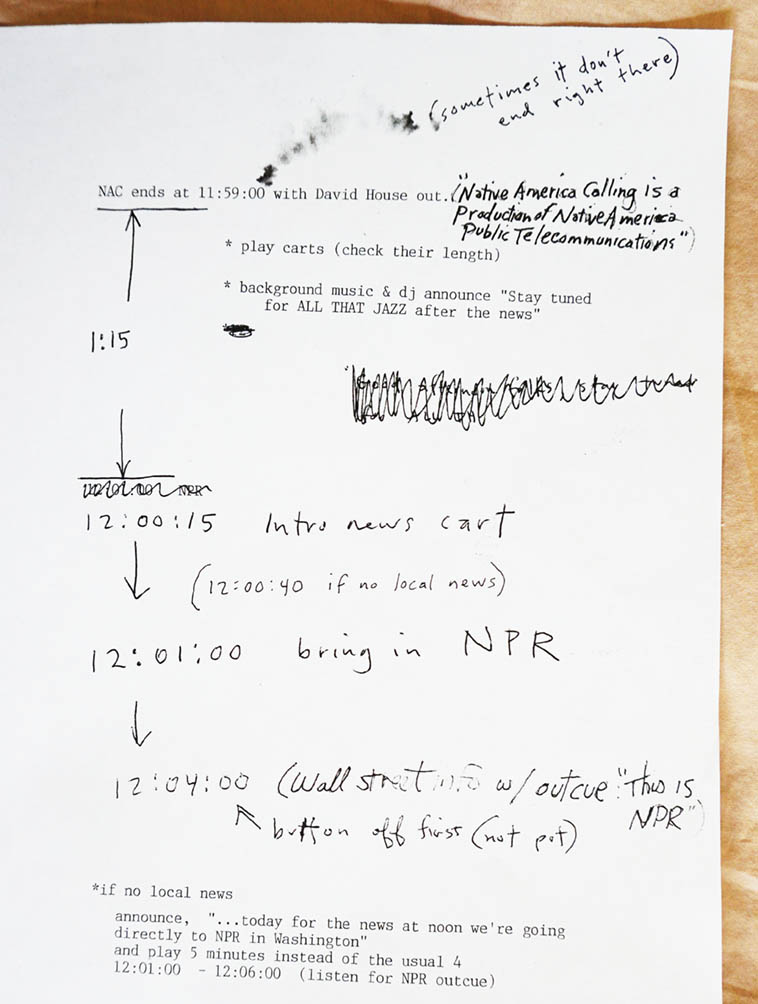 For about ten or 15 years this was my guide to fill that 75 seconds at the top of 12Noon before bringing in satellite radio ———- Finding this brings back memories!

In production at the time of my decision (many shows mature over time and development): I wanted to do an over-view of boogie woogie; trumpeter/physician Eddie Henderson; the genesis of Coltrane’s “Impressions” which is actually ready to go, very interesting how it came into being; Pan Afrikan Peoples Arkestra; MORE Zoot! to continue where the late John Breckow left off with our Zoot Sims obsession; and an ethnography on the subculture of local jam sessions which I had been recording . . . . . I’ll sneak onto the airwaves and get those out there, someday.

It was Mark Weaver the tuba maestro who brought me on-board. Mark had the Thursday jazz show for 18 years before me. Seriously, before that I had zero aspirations to be a disk jockey. Sure, I’m a record collector and the notion has percentage in it. Growing up in L.A. I grew up in the golden age of radio and the exuberance and passion that went into music in the Sixties. Then, when FM came around and with that I discovered what radio could be, I lived in the vast suburbs and it was a lifeline. But, it never crossed my mind to be a host, not one whit, I’m a writer, a whole other bag. Which is what I have gained by stepping back, much more brain space to continue working on my jazz book. Selfish, yes, but I’m protective of my brain space and a weekly radio show takes at least 20 hours to prepare, or 40, a lot. I could never do jazz wallpaper radio, I had to respect the art, the listener, and myself, and deliver the best I could, no compromise. It’s no fun otherwise. KUNM afforded me that. I was left alone to deliver my idea of what jazz is. And thank you to General Manager Richard Towne, who was my ally all those years. You need allies. 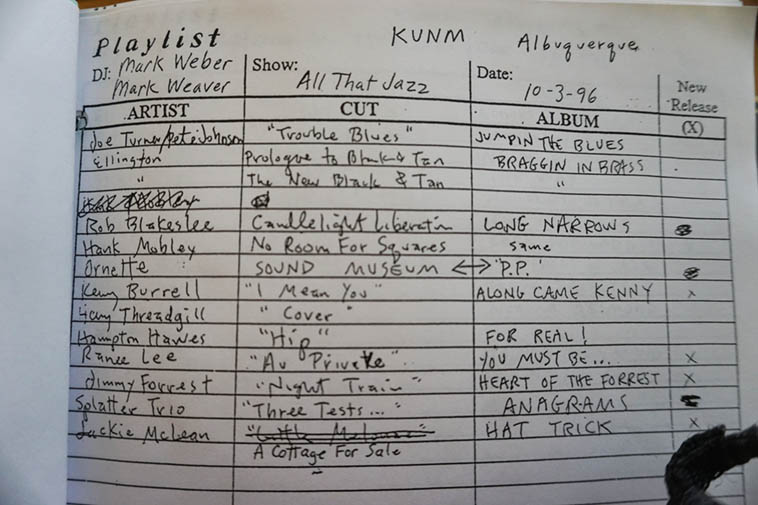 Playlist from the first months on KUNM when Mark Weaver was shadowing me —- He knew all the buttons, levers, tubes, dials, switches, lights, faders, etc 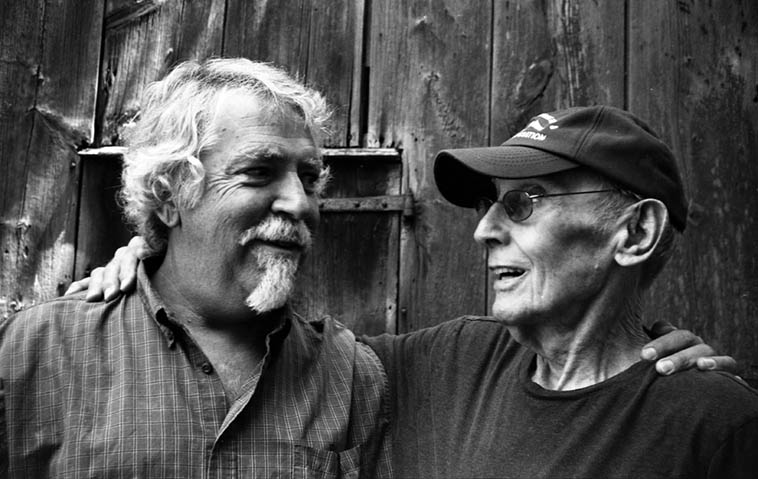 Look this guy up, he was everywhere, in all the important NY bands of the 1950s in the woodwinds section, I was the beneficiary of his friendship and knowledge, like Bobby Bradford, he taught me a lot about jazz —- This is in front of his 300-year-old barn where he did woodworking at his home in Sag Harbor NY —- August 3, 2011 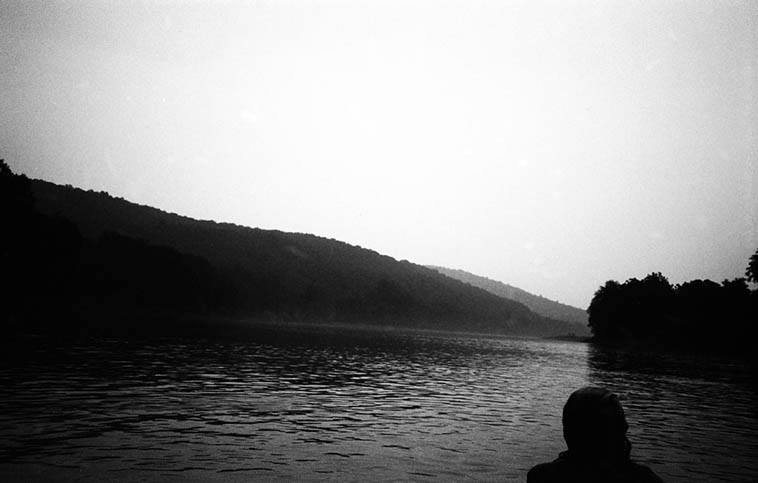 Kazzrie Jaxen in the Delaware River near her home in Callicoon NY — View looking upstream —- It was hot that day and we were in and out of the studio but needed to jump in the water —- August 7, 2011 —- photo by Mark Weber 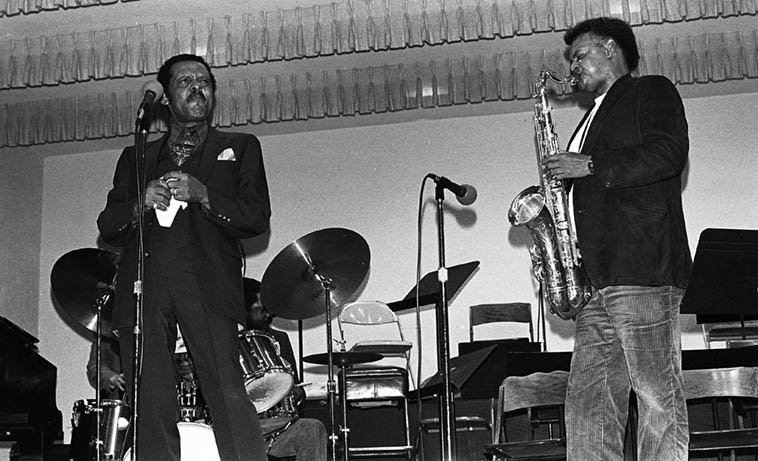 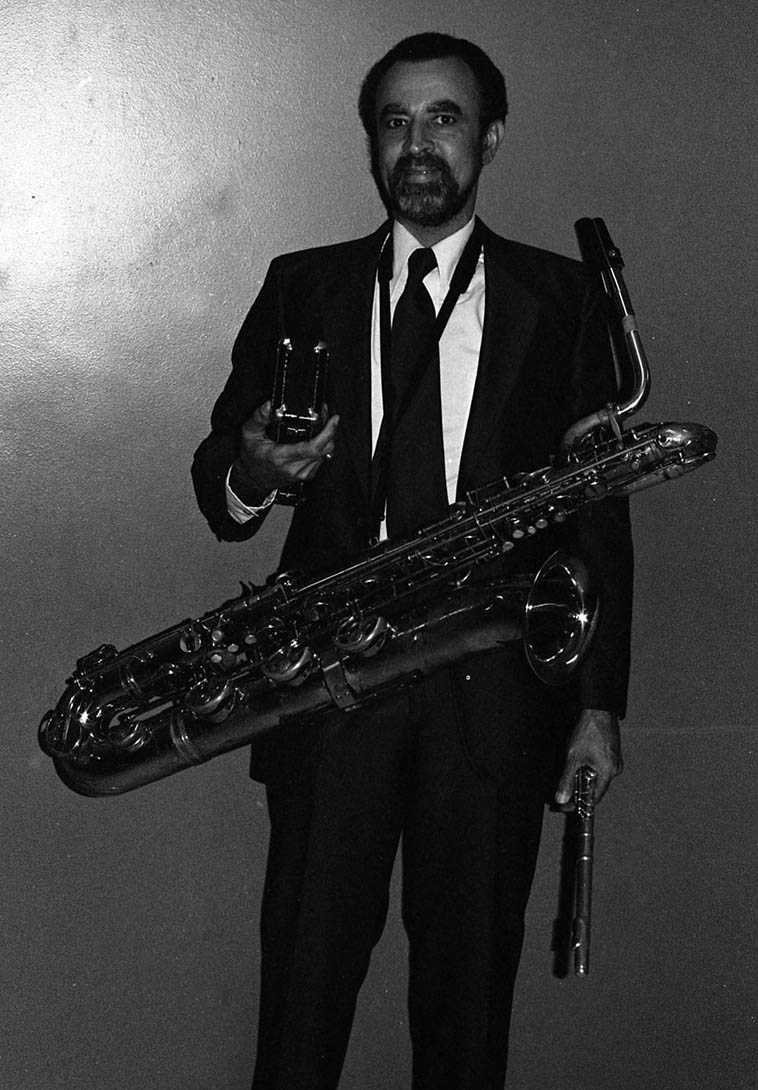 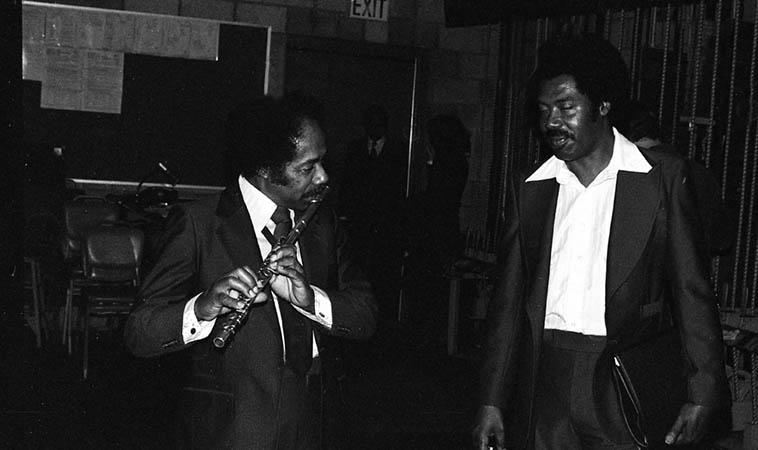 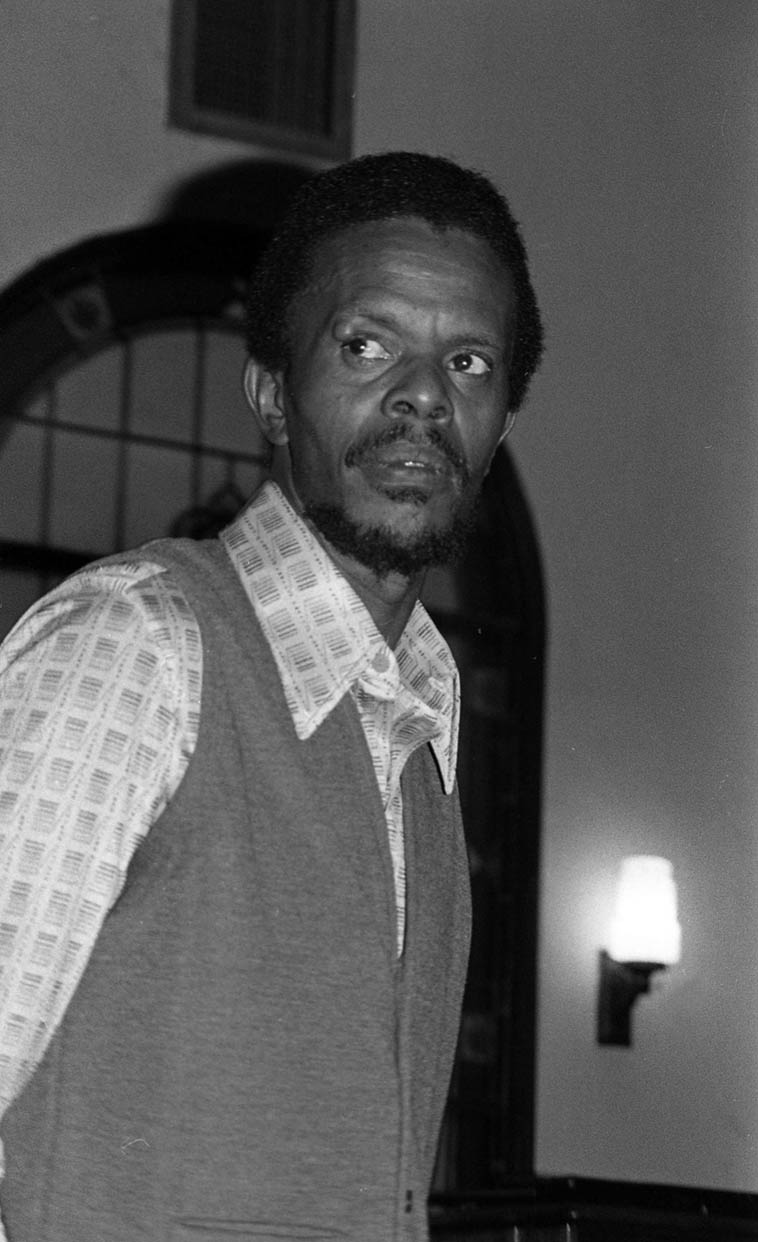 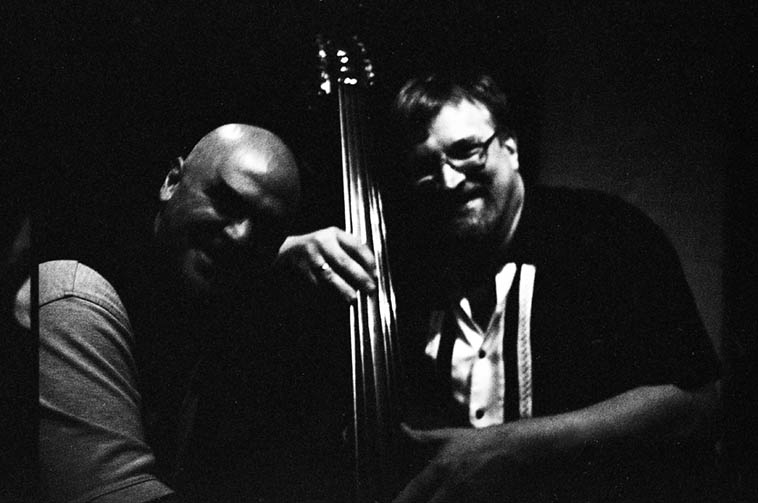 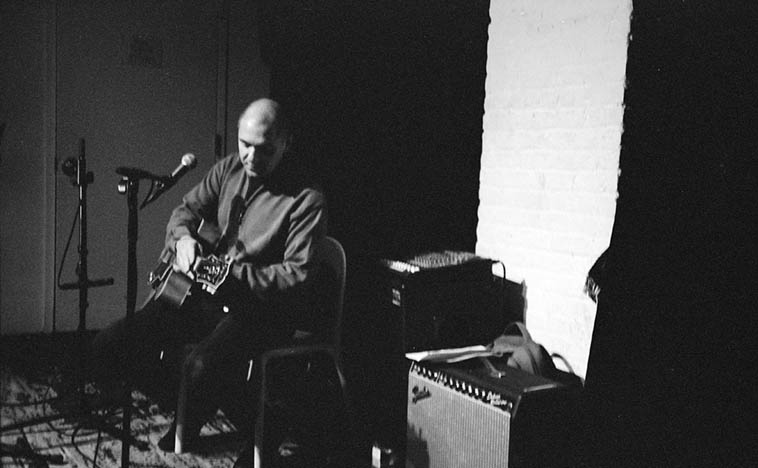 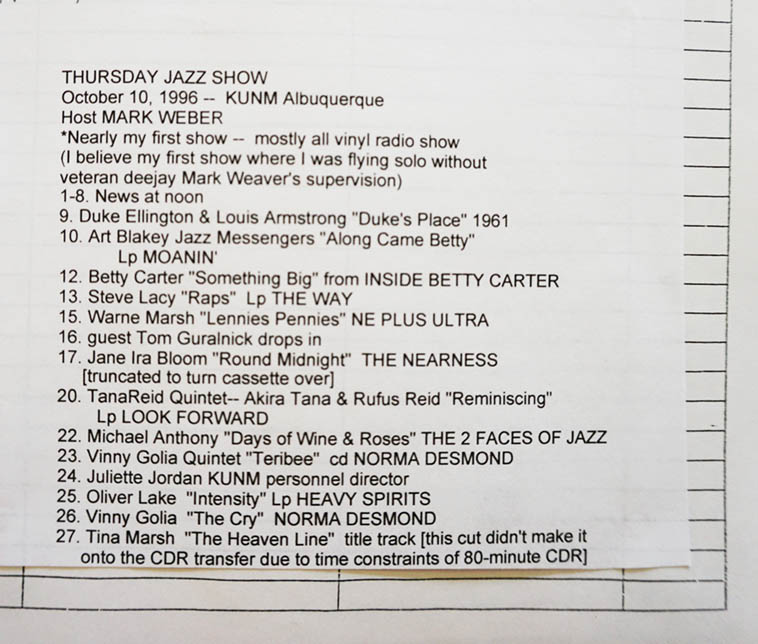 Playlist from my early days on KUNM 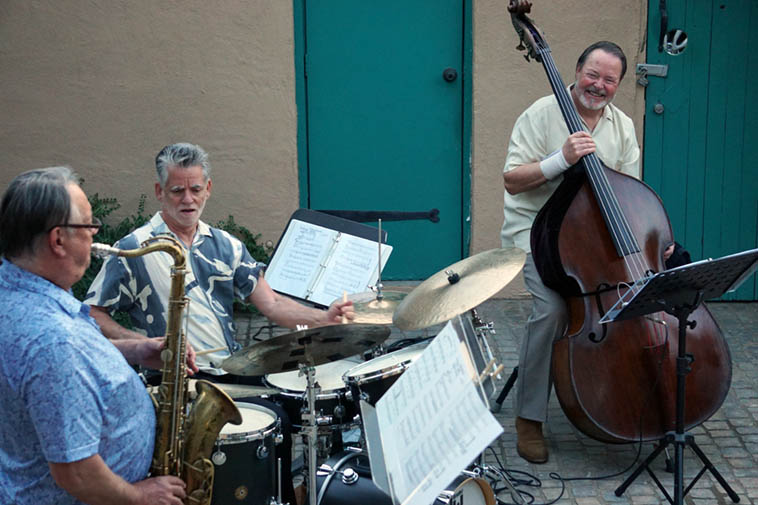 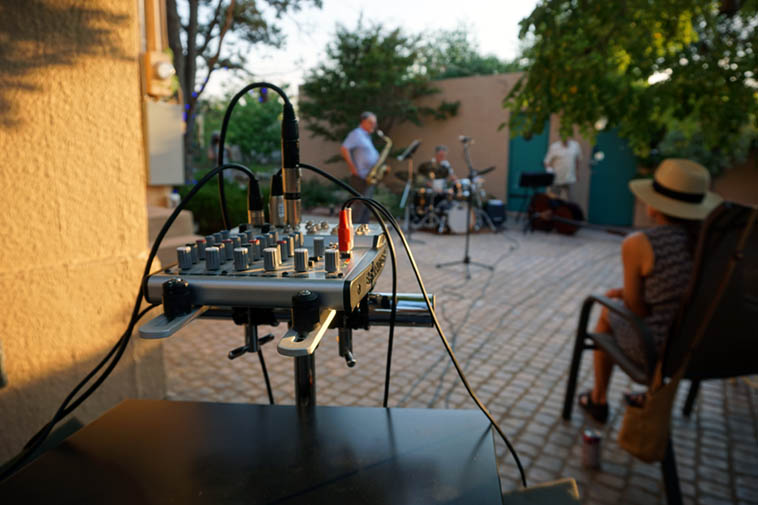 June 20, 2020 the Solstice with the Long Shot Trio and there’s my recording rig, most prominent the Behringer mixer the late Quincy Adams bought me on my 50th birthday, he knowing how much I was going to need this portable mixer in my future, barely does a month pass in these 16 years that I haven’t used it —- photo by Mark Weber at the controls 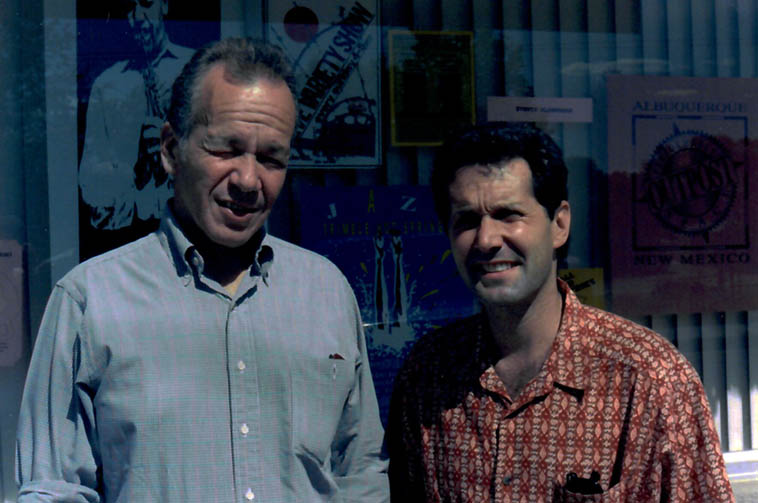 Two saxophonists. This is so real. You send us your Atlantic border easterners out here to the Deep West and they walk around with a squint. That’s Steve Lacy and Tom Guralnick standing in front of the old Outpost Performance Space on Morningside July 18, 1993 —- photo by Mark Weber —- Lacy gave an impromptu afternoon solo performance over a remote signal to KUNM ——— When we first moved here (summer 1991) I noticed all the ranchers never wore sunglasses, it just wasn’t part of the culture they came up in, look at the movies from the 60s, Hud doesn’t wear sunglasses, neither does John Wayne. This sun is so bright I think it contraindicated not to wear them. You need eye protection from the Ultraviolet Rays. And wear long-sleeve shirts and hats. 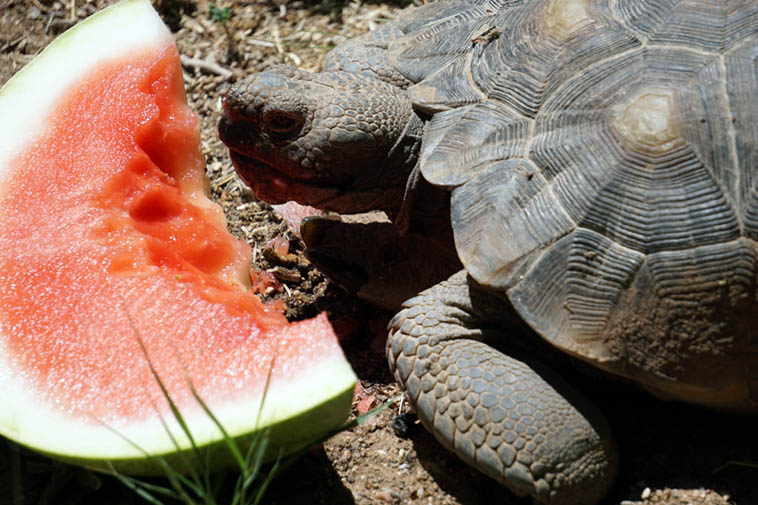 Summertime in the backyard always feels like childhood. Déjà vu. Stasis. . . . . . Me and the tortoise having watermelon on the second-to-last day of June (2020) while I try to read Marshall McLuhan, interesting stuff, but sort’ve dated, with a preponderance of high-flown surmise and certainties, some of which I chalk up to 1968, others I am merely circumspect not to take them on-board, and still others I’m in complete agreement, his long-standing warnings of a coming “electronic age” in which the medium of delivery will take over from content, and content will be old school, who needs it? Well, he’s the guy we were all reading back then. He’s in his grave now saying I told you so. Photo by Mark Weber

IT ALL INTER-RELATES —- A talk with Horace Tapscott