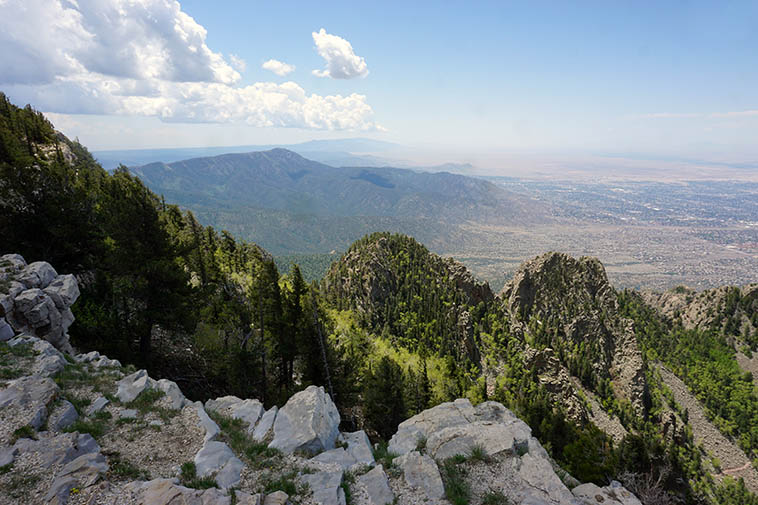 View south from Sandia Crest at 10,678 feet —- in the foreground that’s the overlay of 300 million year old limestone —- and in the very bottom right corner you can see La Luz Trail, with Albuquerque in the Rio Grande Valley —- May 28, 2021 at Noon —- photo by MW

I’ve ponder’d this thing of consciousness before —-
It’s origin like from an asteroid, very mysterious —-
More likely,
Consciousness arrived much as the Buddha pointed
Out : This from that
All things
dependent and arise out of
the Big That

The neuronal pathways that became consciousness
Evolved out of necessity to attract energy, sustenance,
It
Is focused attention, the six senses evolved to
gather information for this neuronal beast 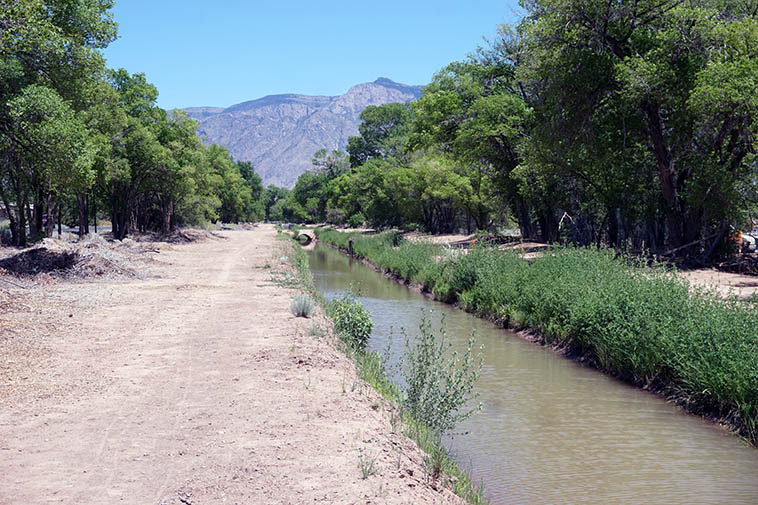 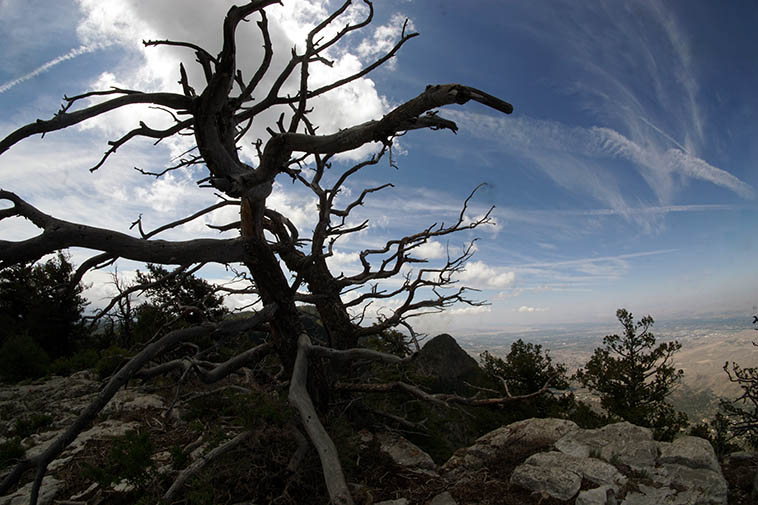 Believe it or not but that’s what the top of Sandia Peak looks like, looking west with Albuquerque below —- May 30, 2021 —- Those are Limber Pine 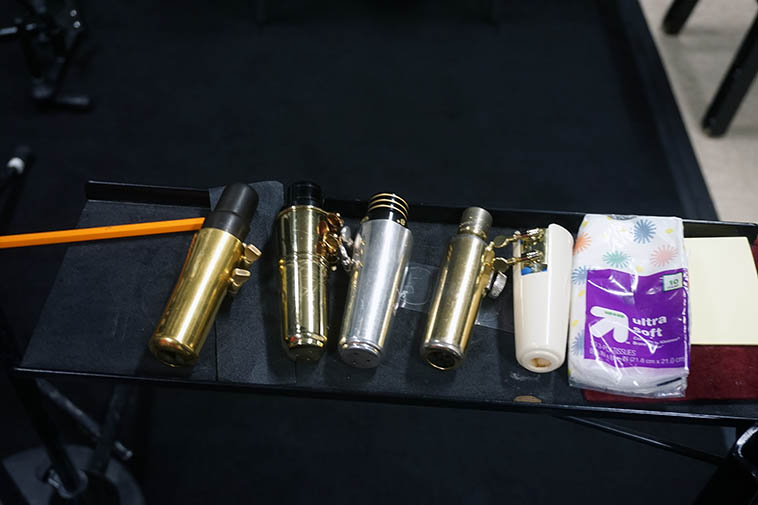 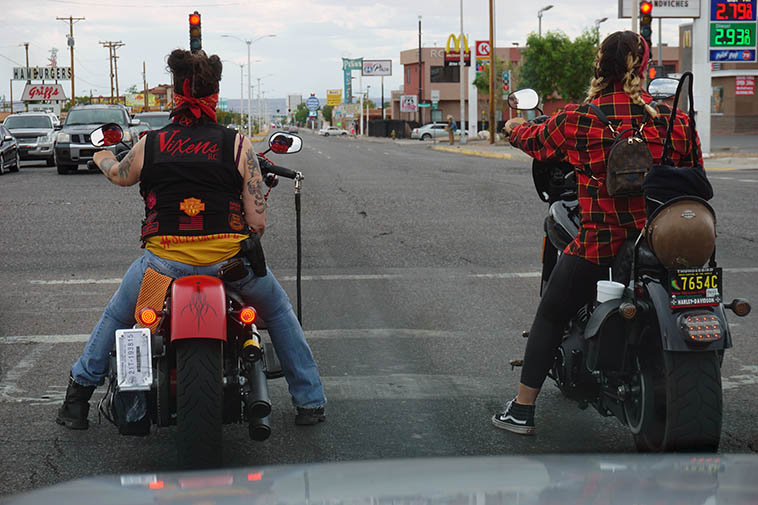 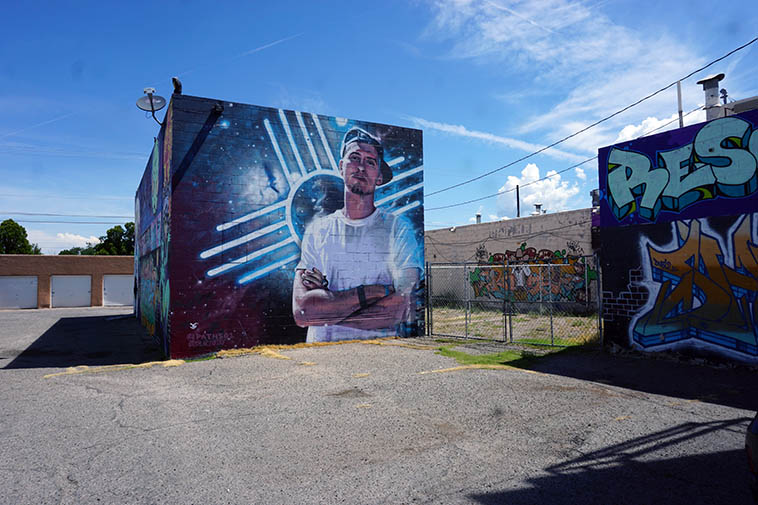 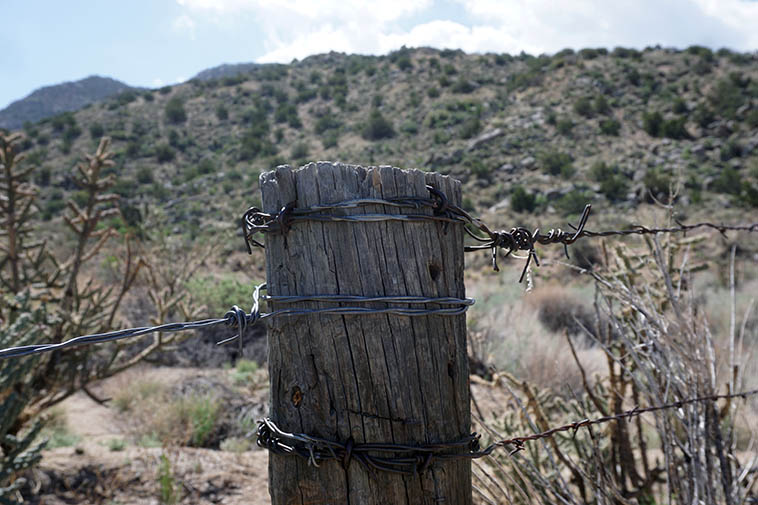 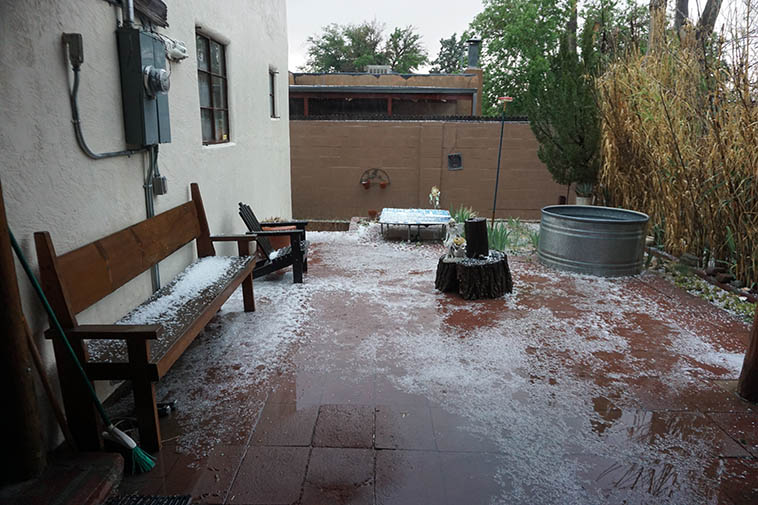 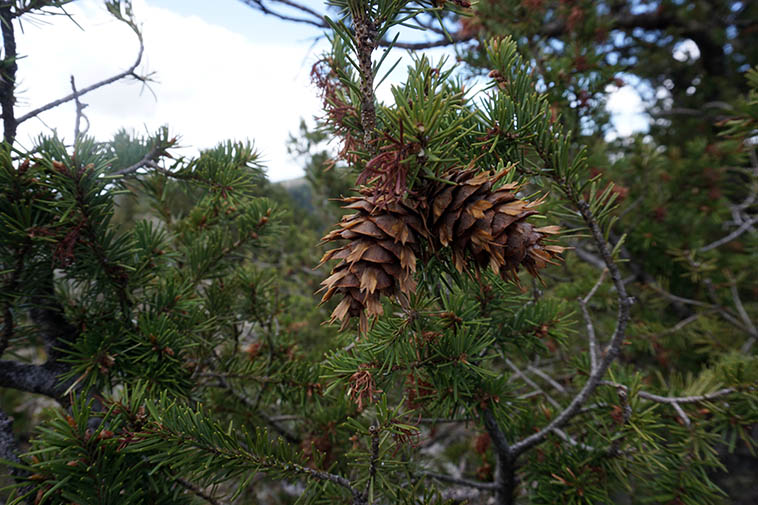 You don’t usually get to be this close to Doug-Fir pine cones as they only grow on the top of these tall and long-lived trees, but up on the Crest this tree is over the ledge and careful not to step too close I put the close-up lens on the camera and snapped a few —- May 30, 2021 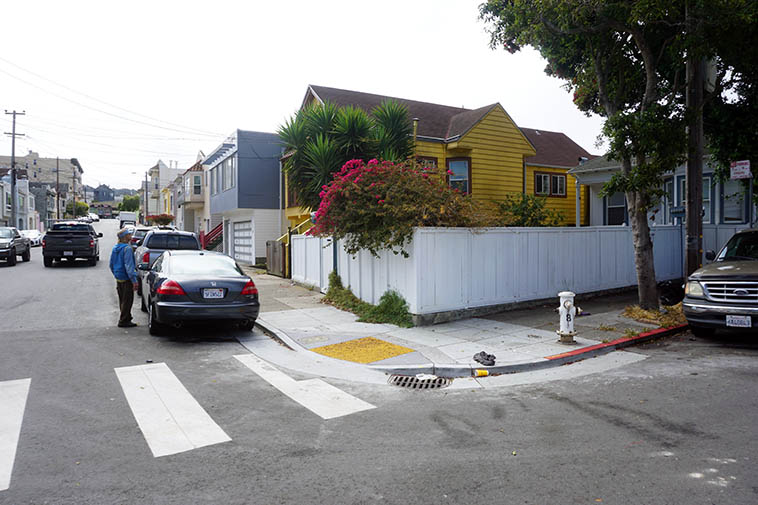 Always interesting to see where someone grew up —- This is 87 Harrington Street where Jerry Garcia lived with his grandparents throughout his grammar school days in San Francisco up through 6th grade (1947-1953) a fairly formative period, he said that he was mostly “unsupervised, and that pretty much ruined me for everything, or, made me what I am today” —- This is the Excelsior District on the edge of the Mission, back then it was working class Irish and Italian Catholics —- The yellow building is 87 Harrington at the corner of Alemany (where I’m standing with camera) and that’s my friend George who I’ve known since the first Grateful Dead album, who has lived in SF since about 1985 —- We grew up 500 miles south in Upland California —- Hard to believe that it was 49 years ago, as it happens, George was with me for my first trip to mythical San Francisco in 1972 driving up in my turquoise tye-dyed-curtained 1963 VW van (we didn’t call them “microbus” in SoCal) —- This photo the morning of June 14 —- I flew back to New Mexico that night after a week there in the magical Bay Area 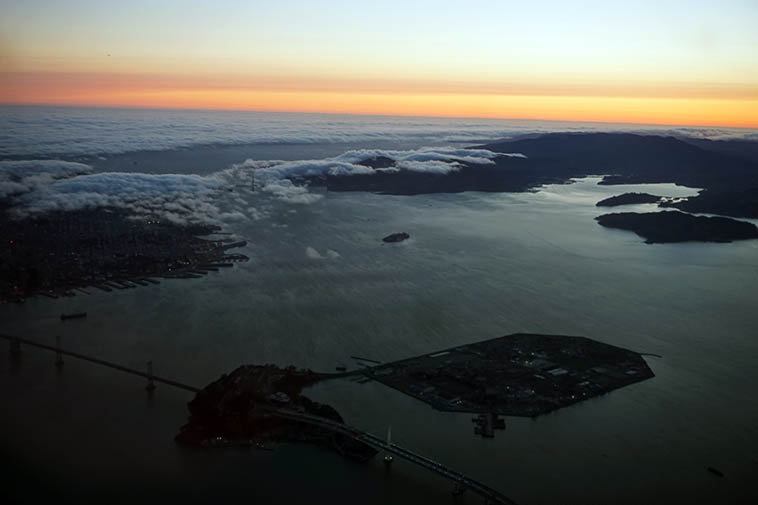 Flying out of SFO nonstop to Albuquerque evening of June 14 —- There’s the Pacific and a bit of cloud-shrouded Golden Gate Bridge and in the foreground is the Bay Bridge —- San Francisco has always been something of a spiritual homebase for me, in that so many of my ideals were projected onto the city in my youth glued to the radio (I did manage to live there off & on 1975-1980 —- the summers in SoCal were dangerously smog coughing ruin yr health back in those years we always vacated for the Magic City) 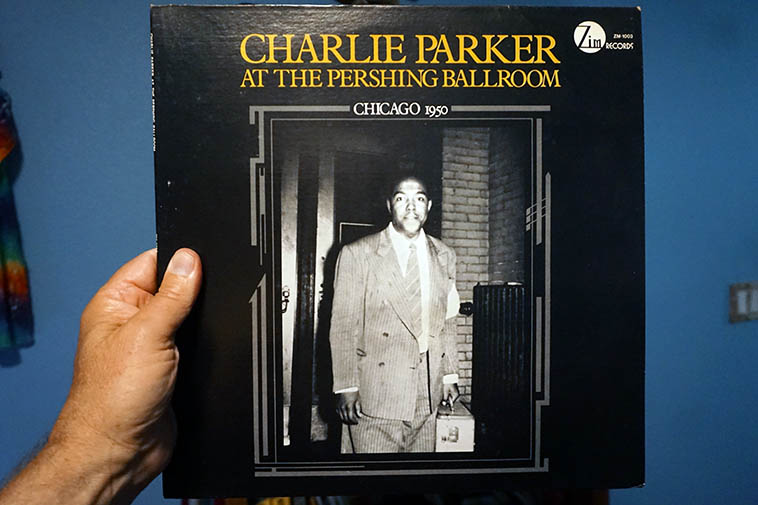 Holy Bejesus! I was looking through George’s records and this picture made me do a backflip —- There it is! proof-positive that Bird carried his string arrangements in that metal case that is now in the collection of IJS Institute of Jazz Studies, Rutgers University, Newark New Jersey and when Dan Morgenstern showed me the (empty) case half dozen years ago he said, “This was reputed to be the case that Bird carried his string arrangements,” and then he gave me that Dan Look and said, “Mark, one usually genuflects at this time” —- photo June 2021 San Francisco 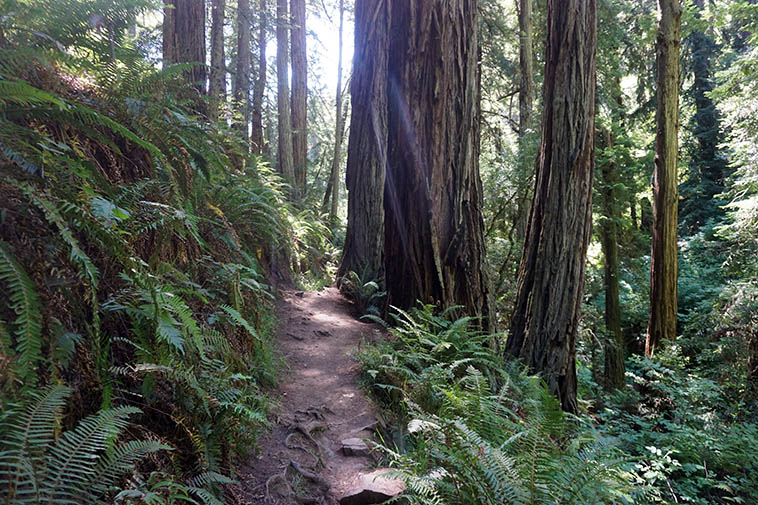 Redwoods! One of the main reasons I flew out to San Francisco —- George used to work for the Park Service, altho, quite naturally he’s an outdoorsman, we’ve hiked together for years, and I asked that he take me to the Redwoods —- This is Steep Ravine Trail mostly through tall coastal Doug-fir that follows Webb Creek en route to Stinson Beach in Marin County —- June 11 at 3 in the afternoon, we had hiked Bolinas Ridge Trail through fog and sun all morning till we came to these majestic trees (curiously, I didn’t take that many photos of them, probably because HOW do you photo something so BIG? it just doesn’t translate to a 2-dimensional little spit) —- Incredible trails, breath-taking 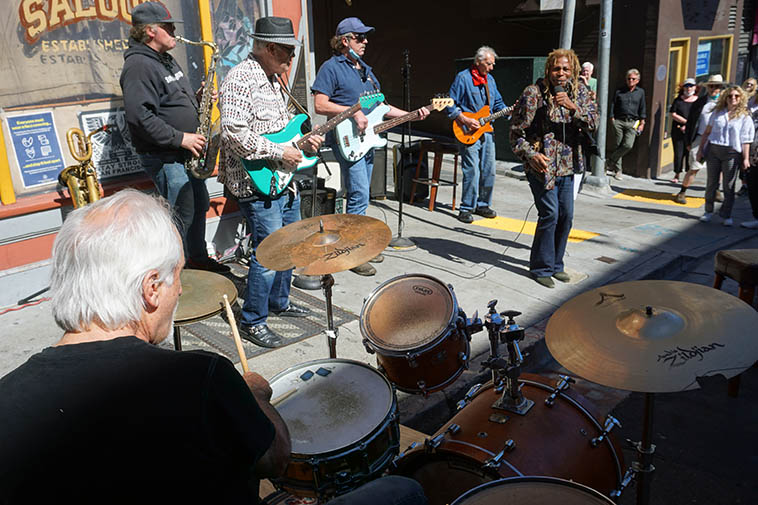 The legendary Saloon in North Beach is their usual gig but since Pandemic Quarantine they’ve been, like the rest of us, in isolation —- BUT, as things are starting to look a little safer, (I found SF to be almost militantly mask-mandated w/ 70% of the city vaccinated —- I got jumped a couple times for forgetting to mask up —- Good for them! I always say: Do we want this pandemic to last ten years? Follow protocols!) This band is known as BLUES POWER under the direction of guitarist Ron Butkovich (red scarf) and they were killin’ it, just plain murder in broad daylight, whew —- Adam Gabriel (black hat, guitar & vocals), Doug Rowen (saxophones), Rick Sankey (drums), Steve Hazelwood (Fender P-bass), and setting in for a couple numbers (dreadlocks and green velvet shoes) McKinley Kenny Moore bringing tears to my cheeks with “I Only Have Eyes For You” and “Sitting on the Dock of the Bay” —- June 13 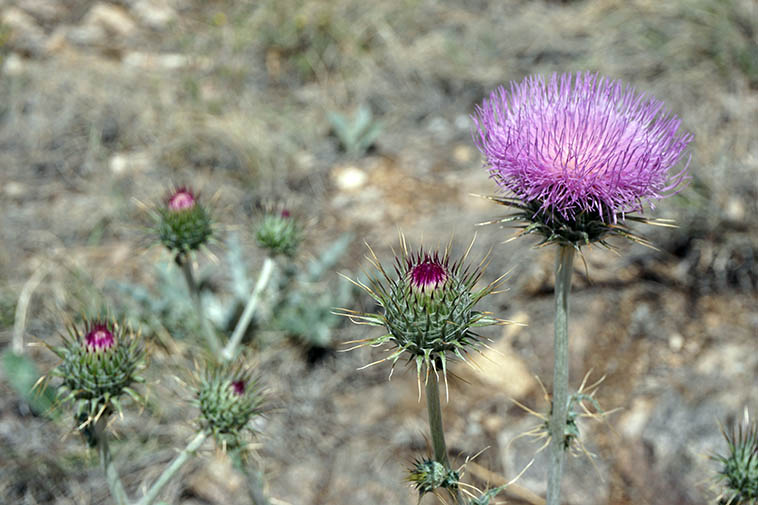 An invasive species, found all over the West these days, not native to the Americas, still I want to kiss one of these Thistle each time I happen across one as my herbalist Robin claims it is what saved me from Hep C that I carried around for ten years (went away in 1995 —- picked it up during my druggie days) —- photo May 7, 2021 in the foothills of the Sandia Mountains 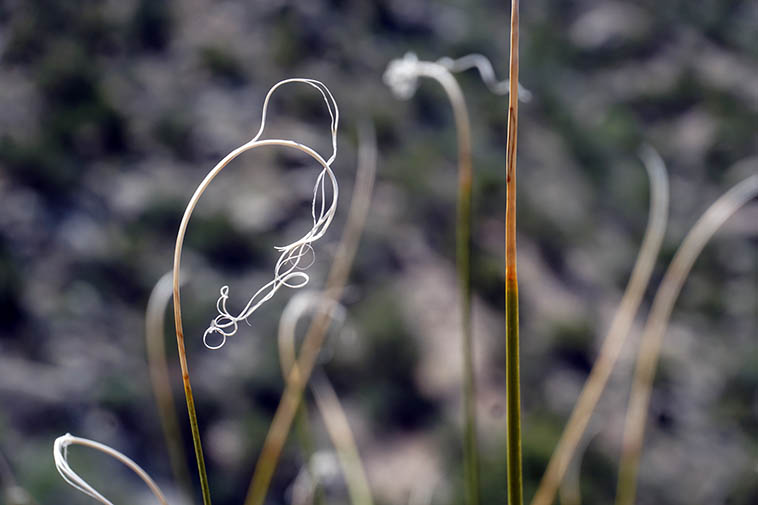 tip of Beargrass up Embudito Canyon —- May 7 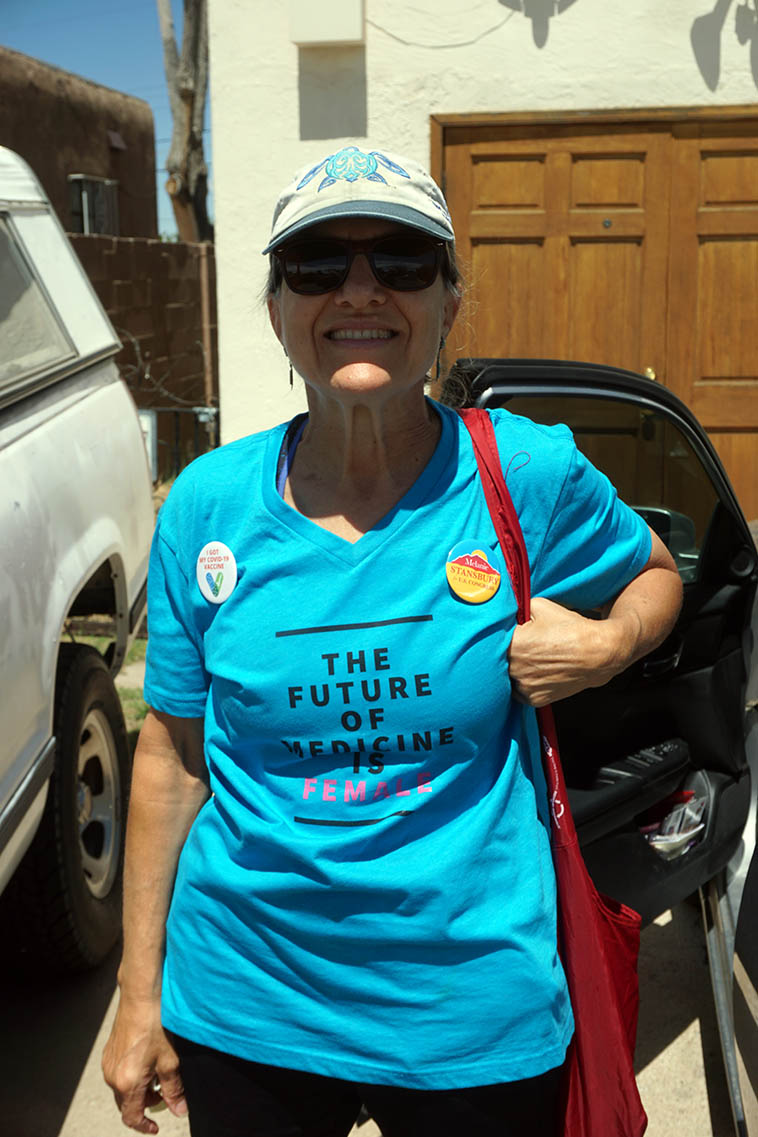 Janet in our driveway next to my Old Faithful Truck on her way out to canvass for State Rep (she won!) Melanie Stansbury —- May 8 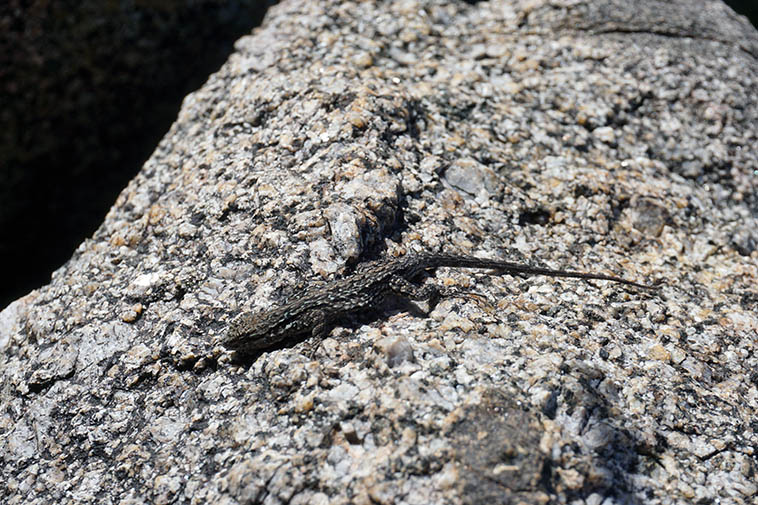 Kinda blends in, doesn’t he? I’ve never been comfortable calling these a “fence lizard,” it just sounds dumb, so I resort to Sceloporus, besides there isn’t a fence within 5 miles of this guy —- Sandia Mountains May 9 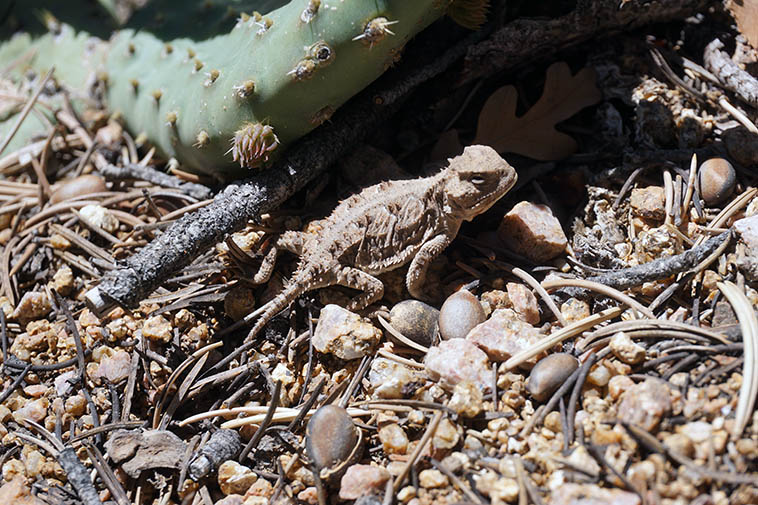 Hornytoad at 8,000 feet —- For some reason you never see this Shorthorn variety until you get to the Ponderosa zone —- May 11 up Pino Trail of Sandias 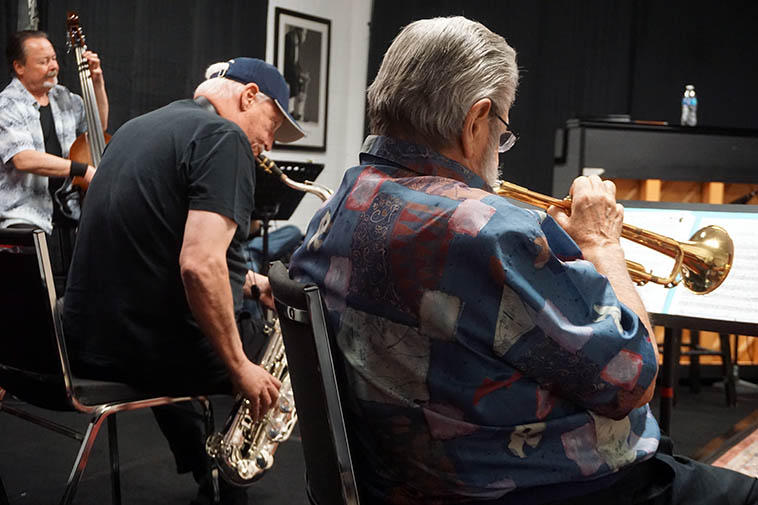 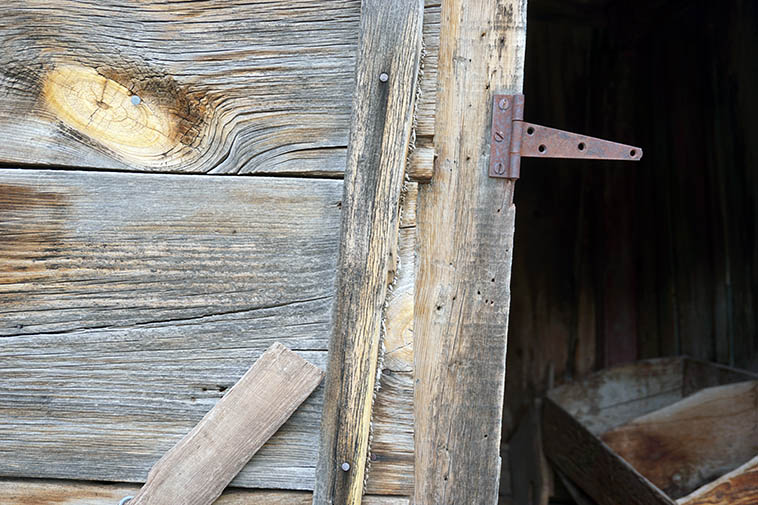 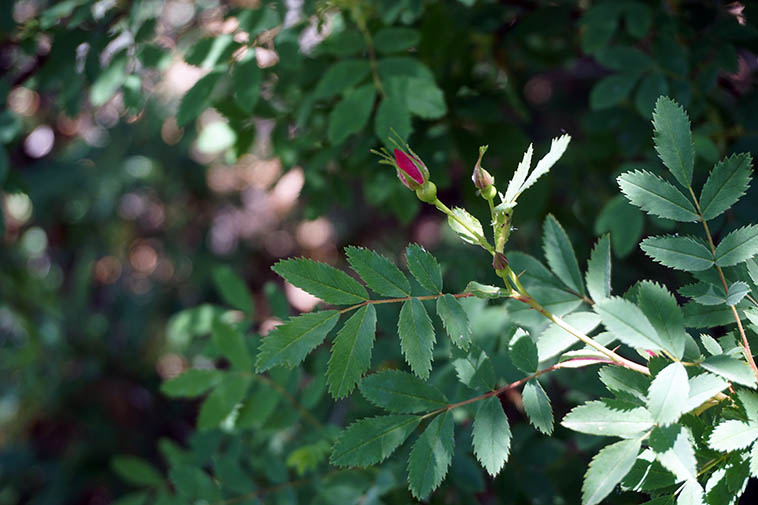 Wild Rose in Upper Juan Tabo Arroyo —- eastern spur off Piedra Lisa Trail in the North Sandias, this is bear country —- May 22 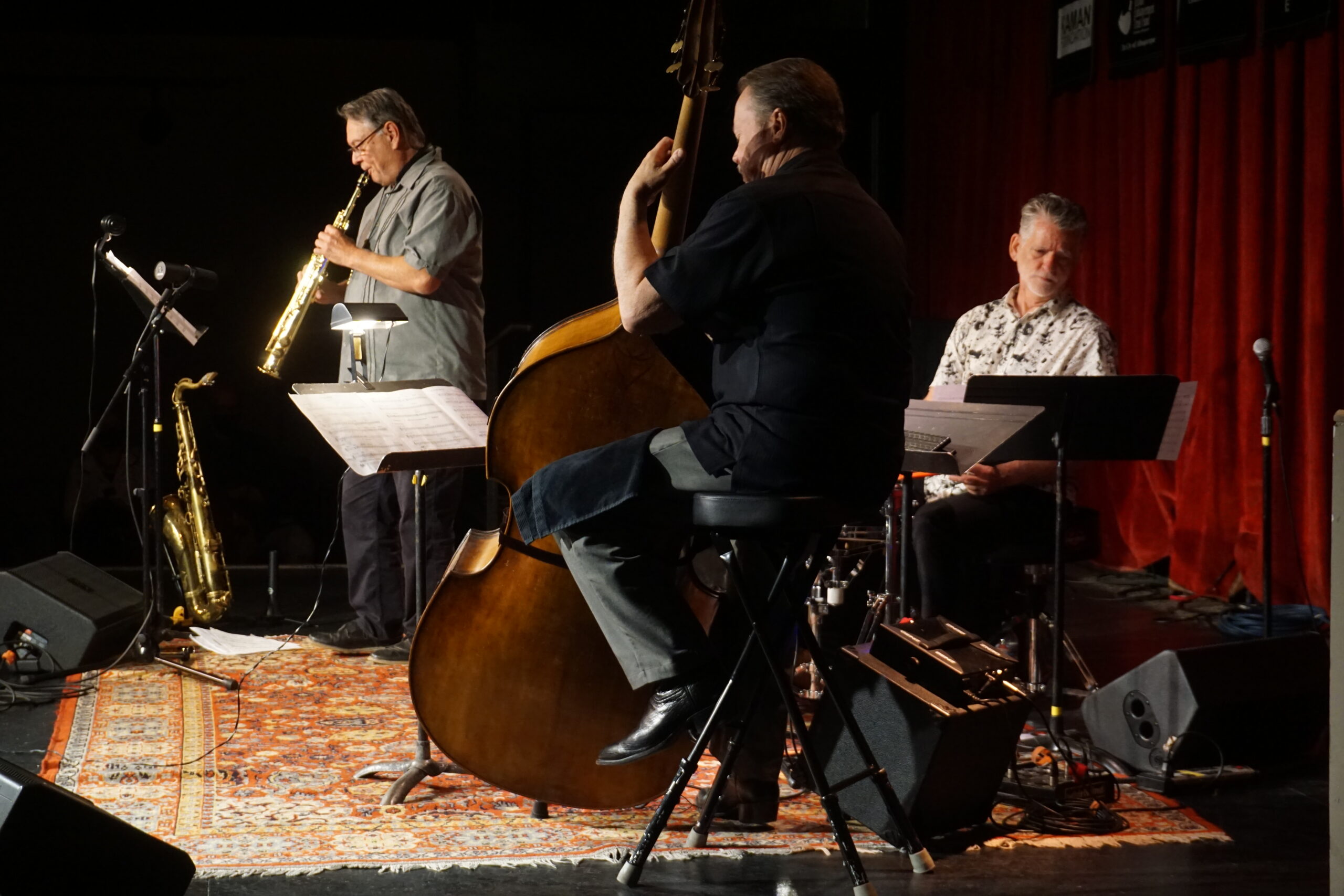 The Long Shot Trio: This band formed almost 2 years ago but with the Pandemic Safety Lockdown this is their first public performance —- SO, they are VERY rehearsed! They play in Cal’s studio every week —- And this is the first venture out of the pandemic for the Outpost Performance Space —- They got two standing ovations! —- July 15 —- Terry Burns (bass), Cal Haines (drums), Alex Murzyn (saxophones) 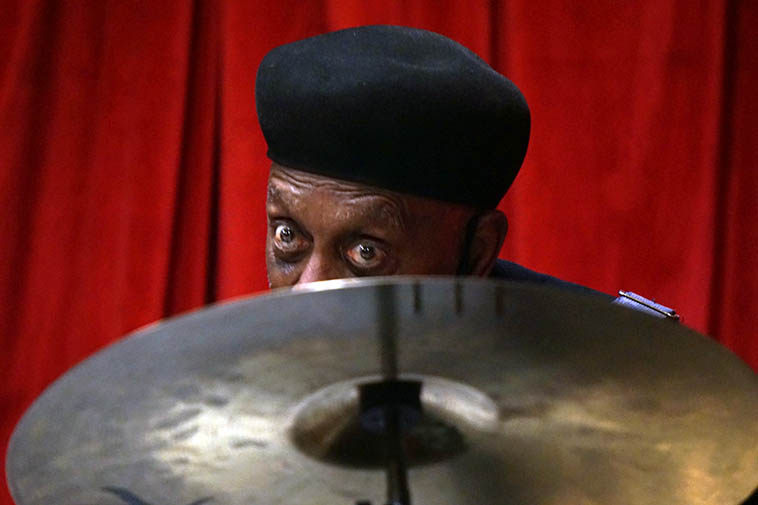 Tootie Heath in session at Pipedream Studios —- May 24 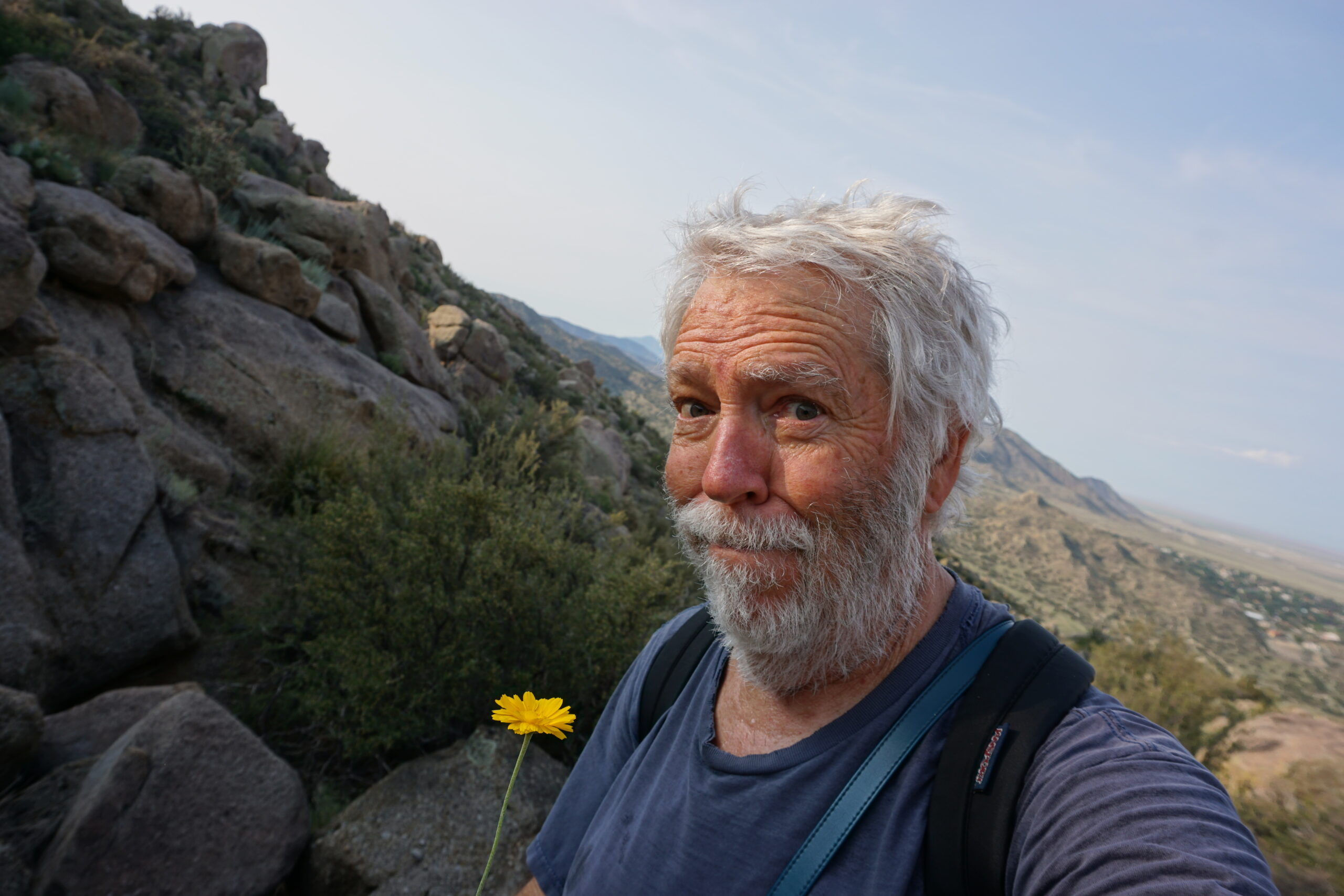