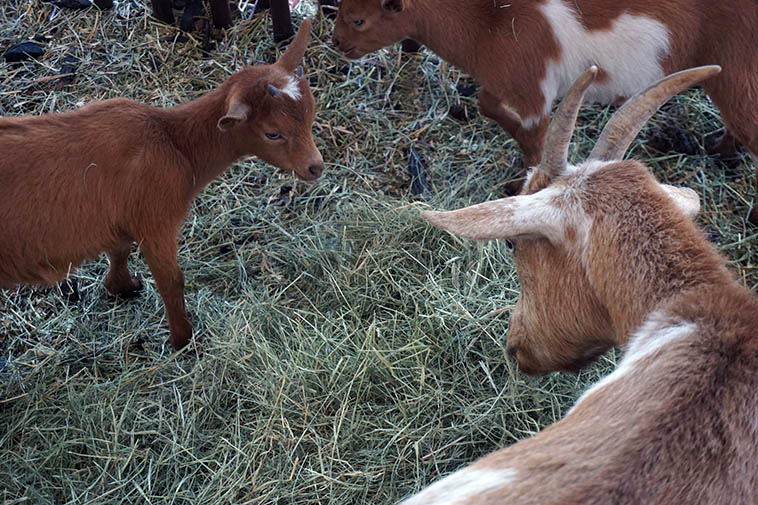 New Mexico State Fair is a great place to meet all kinds of people. We’re all so different, yet, so alike. You’ll find yourself in conversations with woodworkers about lathes, to the keyboard player in a rock band, to the Seventh-day Adventists telling me of “the End of Days,” to the exuberant fresca maker from Mexico, to the Horny Toad conservationist, to the couple in Dia del Muerto masks on stilts, to asking what a drop stitch is at the knitters guild and being shown all everything about that. Decorum, rules of engagement, civility, our societal ways, besides the fact that if we don’t talk to each other we’ll never pull this world together. Seems like a longshot, I know. Politicians like to think that they’re going to fix everything, but you can plainly see what a big mistake it is to look to politicians for our essence. I come away every year from the State Fair with good feelings about my fellow human beans. 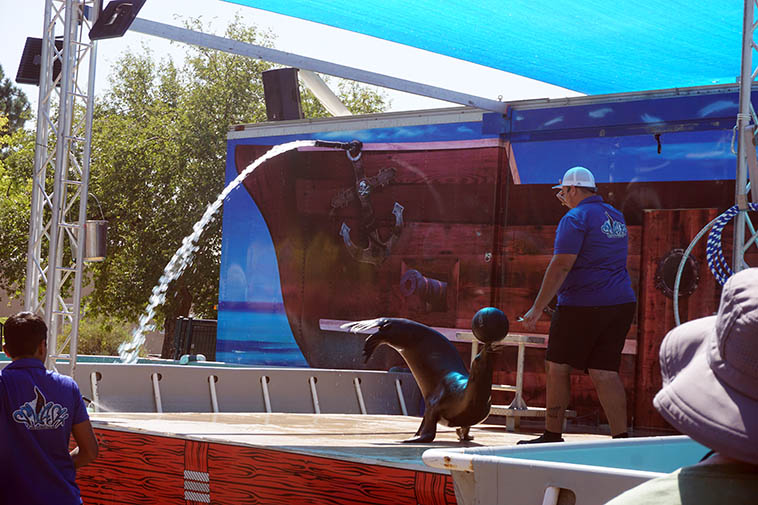 I love that backdrop of the pirate ship —- I learned the difference between Sea Lions (pictured) and Seals! Things I didn’t know ———- The trainer has quite a witty delivery, after the routine of balancing the ball he says to the audience, Now, some people accuse my Sea Lions of cheating, then he asks the two Sea Lions (I forgot their names) and the first one shakes it’s head No (it wasn’t cheating), and turns to the other who shakes head Yes —– [laughter] then the trainer shows how the whiskers help hold the ball up 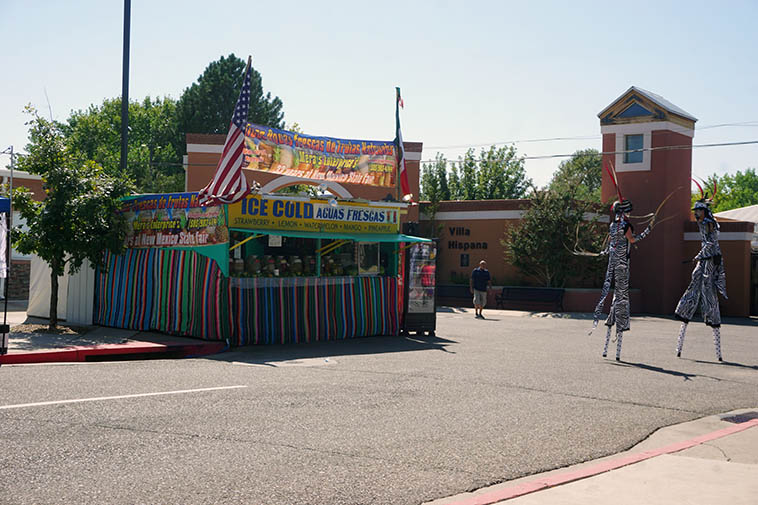 Every year I make a beeline for this Aguas Frescas stand —- I call him the Jack LaLanne of Mexico, he is so exuberant about his frescas, and let’s you sample all of them —- I had Horchata (de arroz —- rice —- with cinnamon & vanilla) 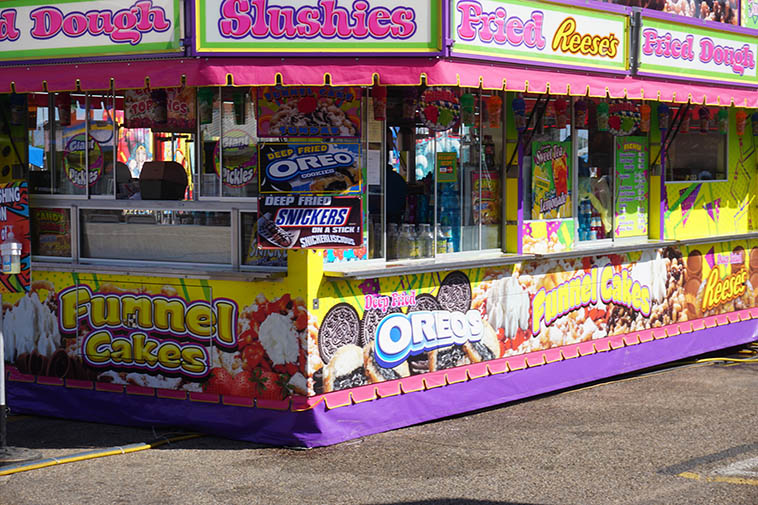 Now, that will be the End of Days when we can’t have our Deep-fried Oreos 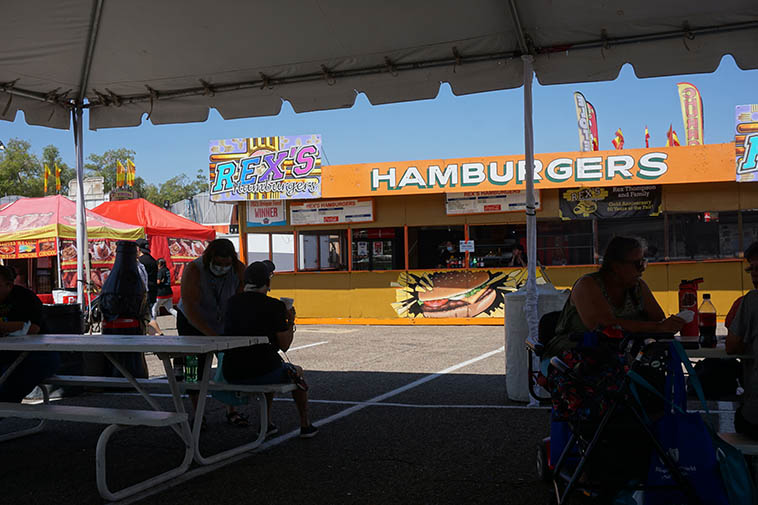 The other night we watched one of those David Attenborough documentaries/pleas/warnings called EXTINCTION and it put us to bed very unsettled —- especially, the footage of the last two Northern White Rhinos 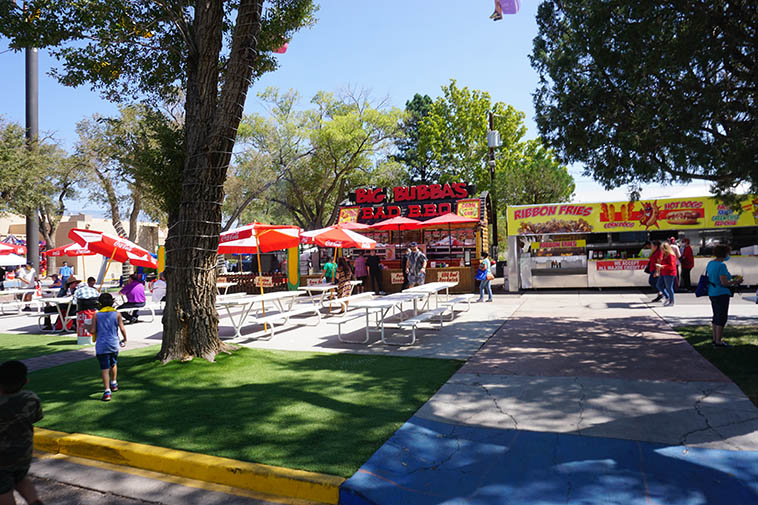 The smells drive your hunger, I’m a carnivore after all, no excuses —- Food seems a major theme at the State Fair 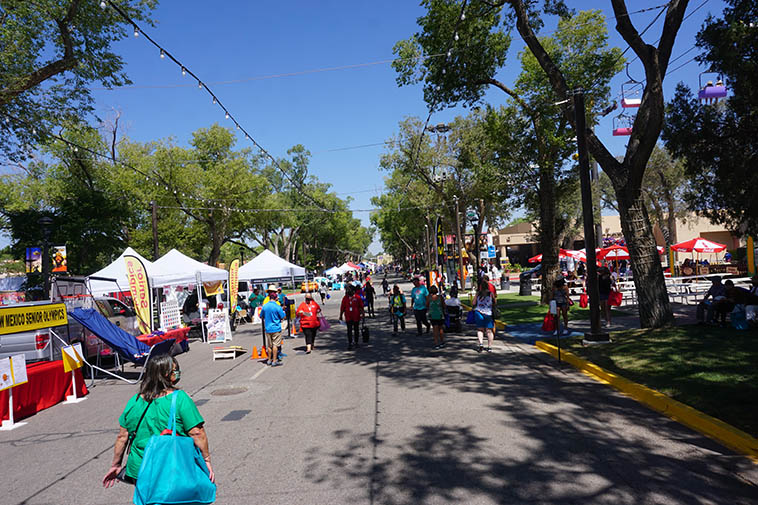 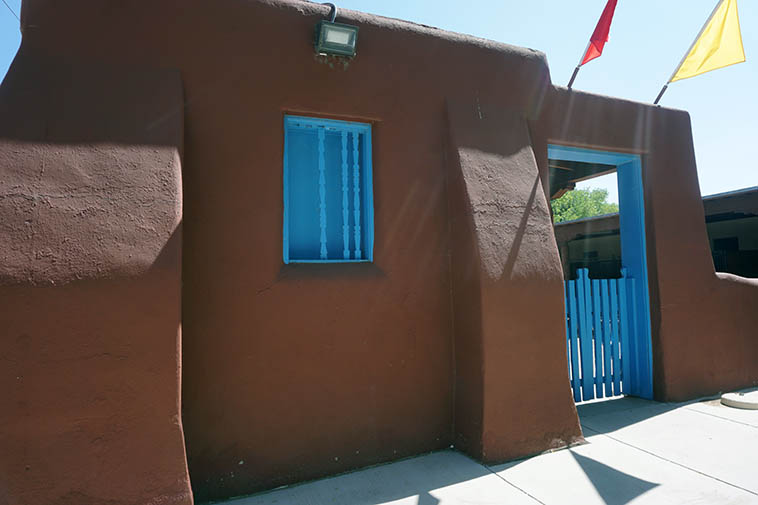 It will be famine and desolation
and unpollinated crops when insecticides
wipe out the little flying and crawling things
that will bring about our End of Days, not
quite as the Book of Revelations sayeth,
more like: Oops 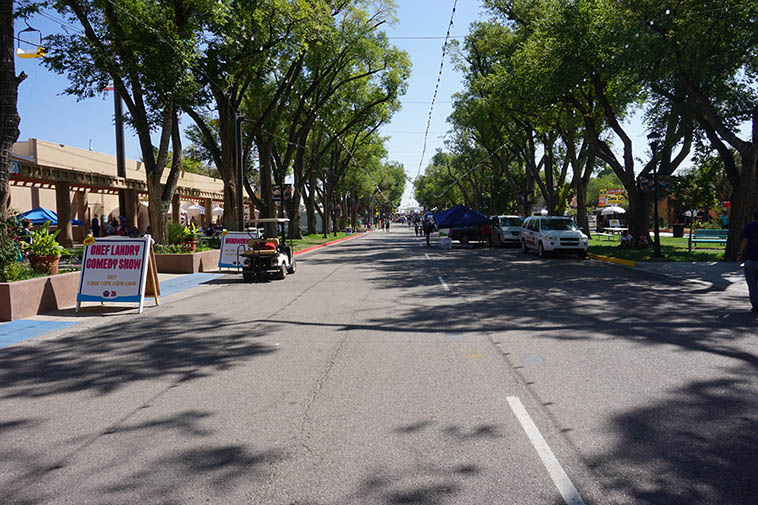 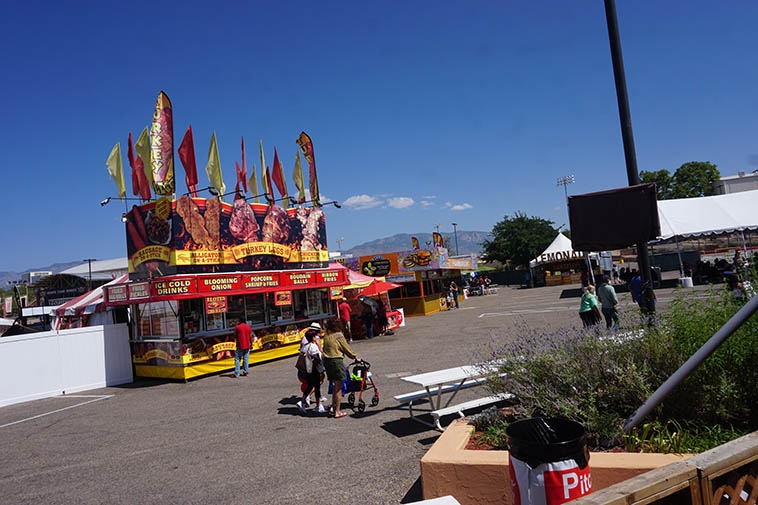 Fried pickles? Maybe later, dude —- This is in the waning time after lunch and those are the Sandia Mountains where I’d normally be tramping 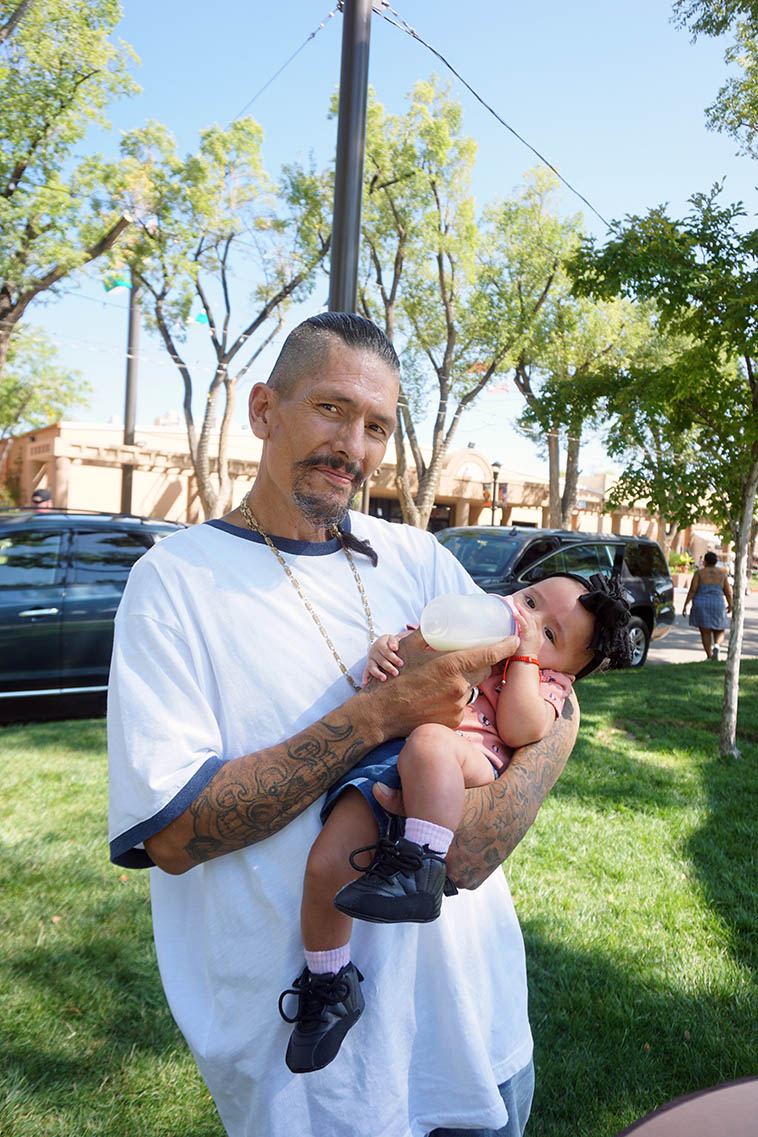 Almost time for my afternoon siesta as well 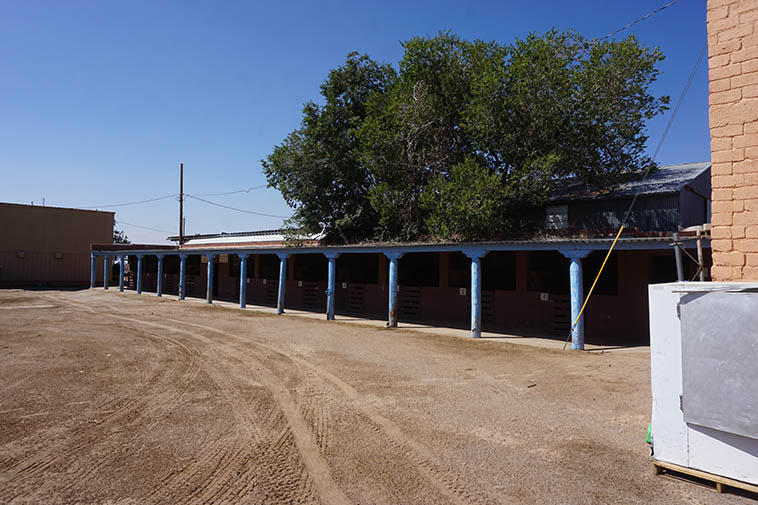 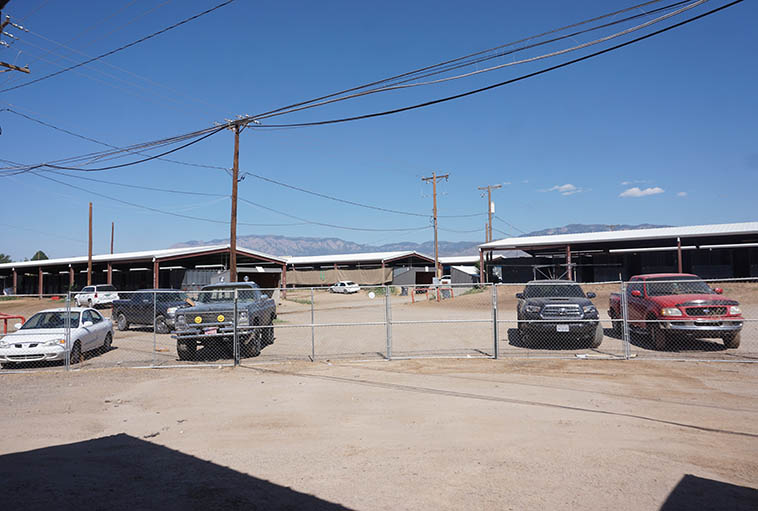 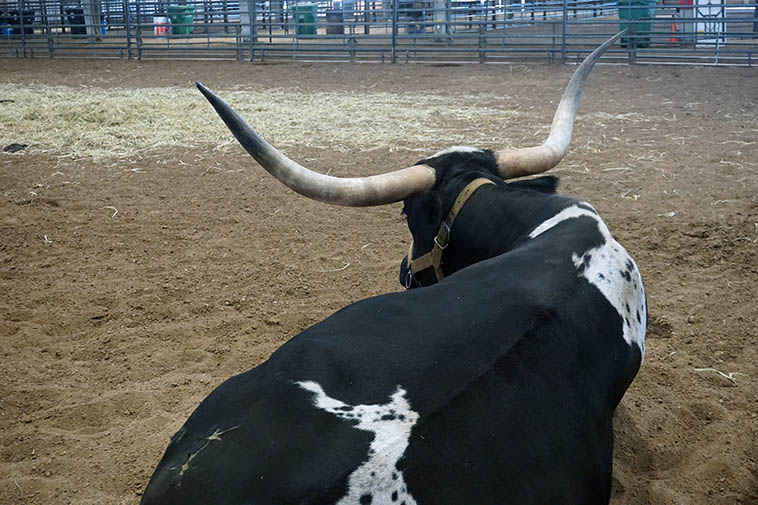 Normally this barn would be full of cows & sheep & goats & pigs but the FFA decided not to subject the kids to Covid dangers this year (we had no Fair last year because of the shutdown) ——— But, there were three Texas longhorns! magnificent beasts 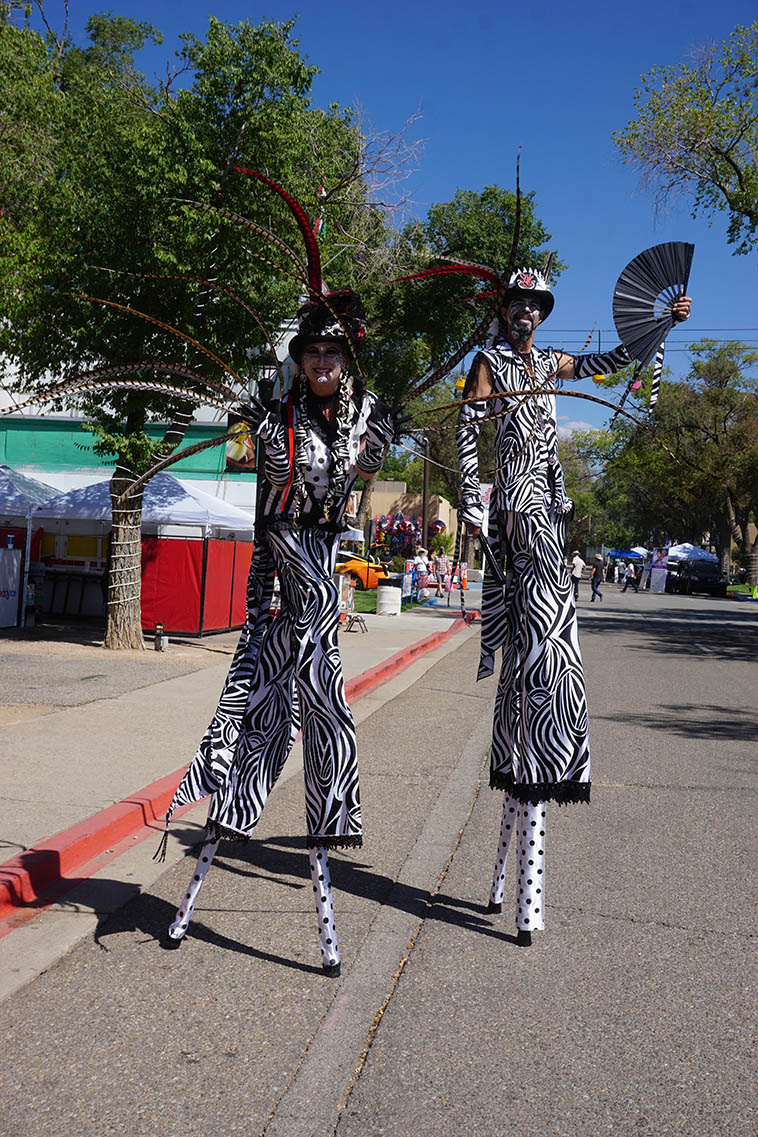 So much of it disappears
Or just falls through the cracks
The sense of it is lost, having come
Unmoored from the gestalt of those days
Nobody alive that lived in those times
to possibly explain how it was 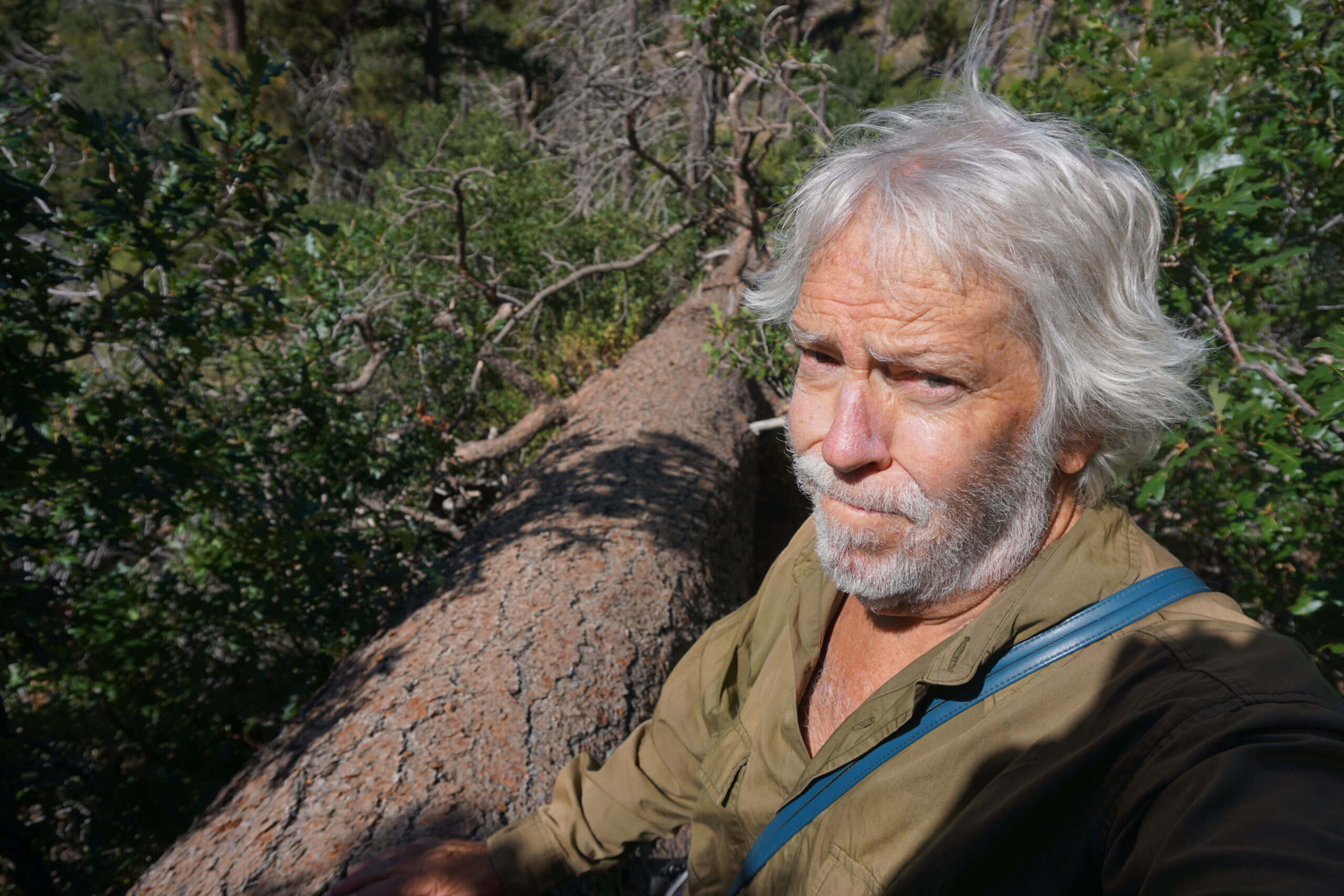 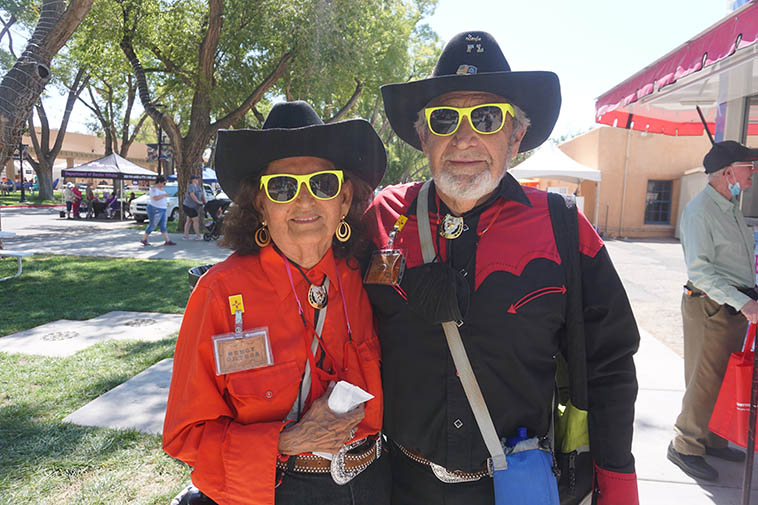 The Ortegas, a family that goes way back in New Mexico 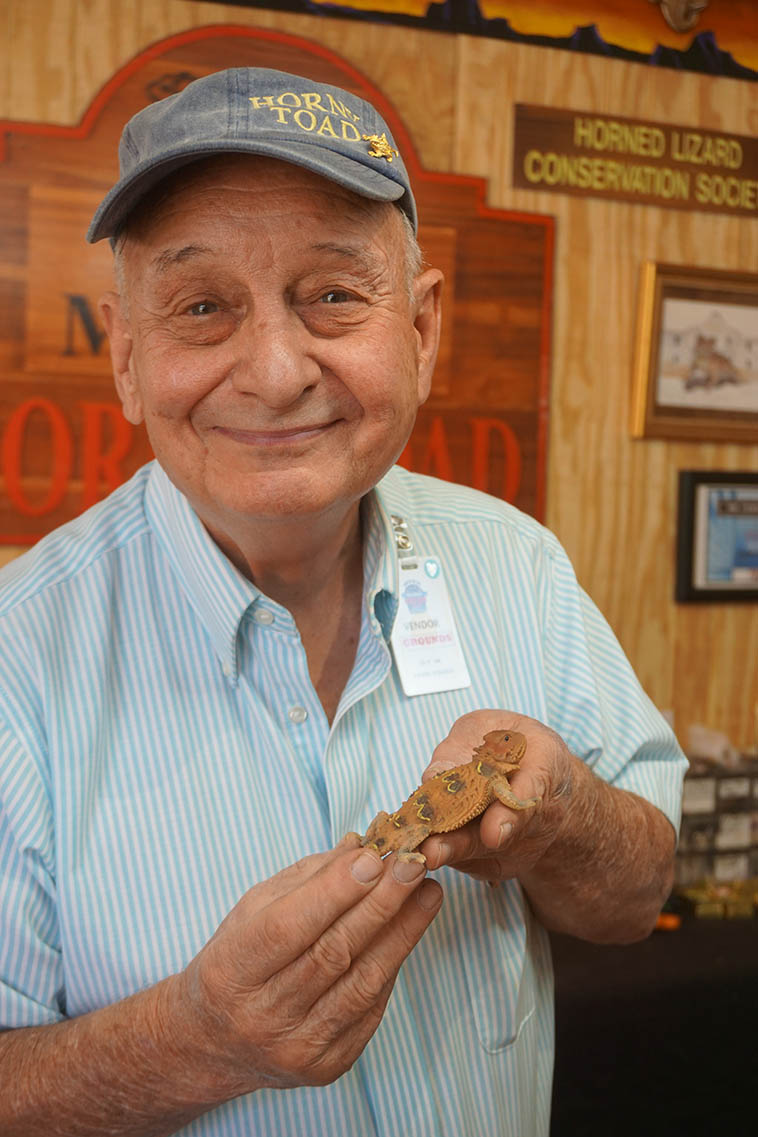 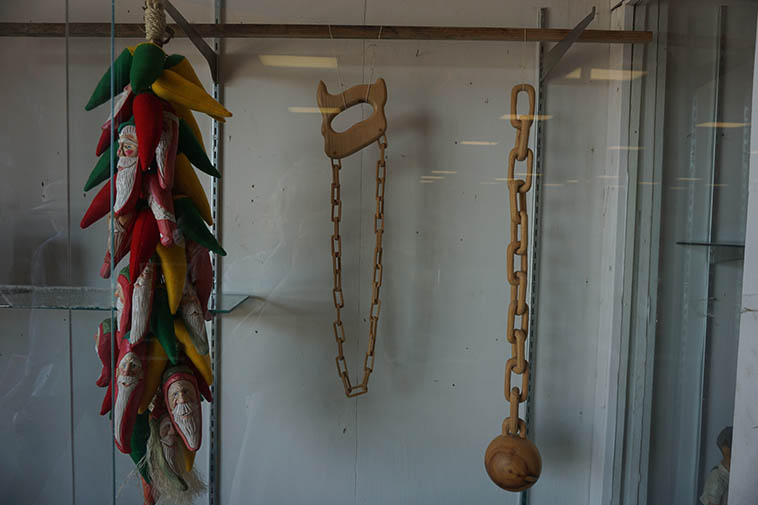 Woodworkers ——– Remember when cartoons were subversive? You’d go to school all week where you were taught acceptable behavior and civics and patriotism, then on Saturday morning Rocky & Bullwinkle and the 3 Stooges would dismantle all that —- No wonder so many of us grew up to be anarchists —– photos by MW Sept 13, 2021 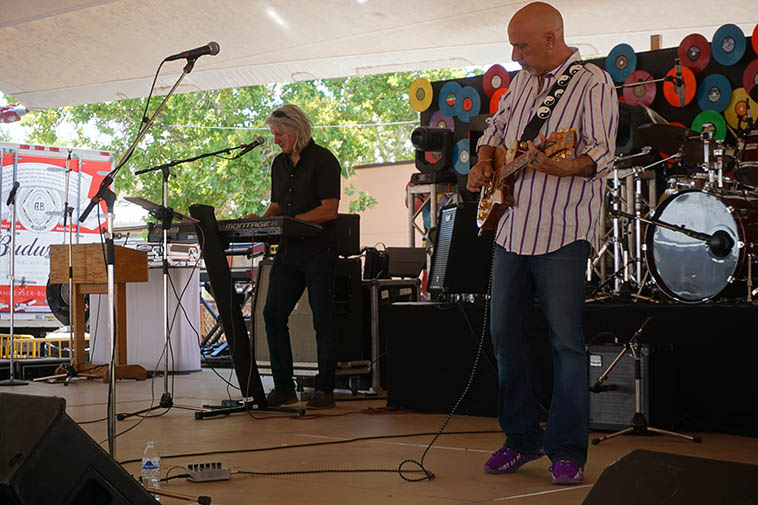 Dave Turner Nothing But Groove quartet in the Budweiser Pavilion (I saw Bo Diddley there years ago!) —- During the soundcheck, playing a jam tune, the keyboardist slid in a line I recognized from the Doors, and at the break I said Hey was that your Ray Manzarek Memorial Lick? and we both laughed, he (Ryan Clement) said Yeh, it seemed to fit so I stuck it in, I said “Works for me! what tune was that?” Ryan thought for a minute, said, “Riders on the Storm” —- And so, during their set, I think on a Robin Trower song he stuck it in, again, and I gave him the thumbs up, and we both laughed —- That’s what the Fair is, bruh, pure fun —- Great band, they even played “In Memory of Elizabeth Reed,” that warmed my heart 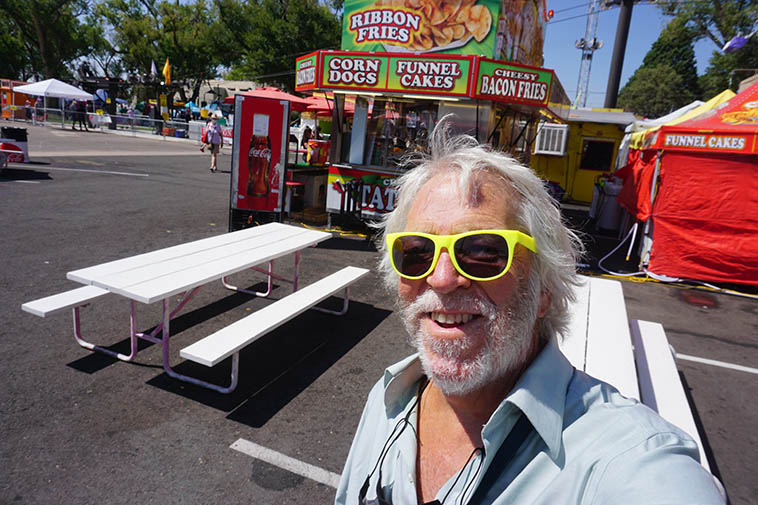 KOAT-TV free sunglasses! Cheesy bacon fries, anyone? Ironically, it was “Healthy Living Day” at the Fair, well, I can’t claim any virtue on that, and cut it down the middle and had a Rex’s green chile cheeseburger, scrumptious (w/ water, do I get points for that?) —- We all had to show proof of vaccination to enter the Fair