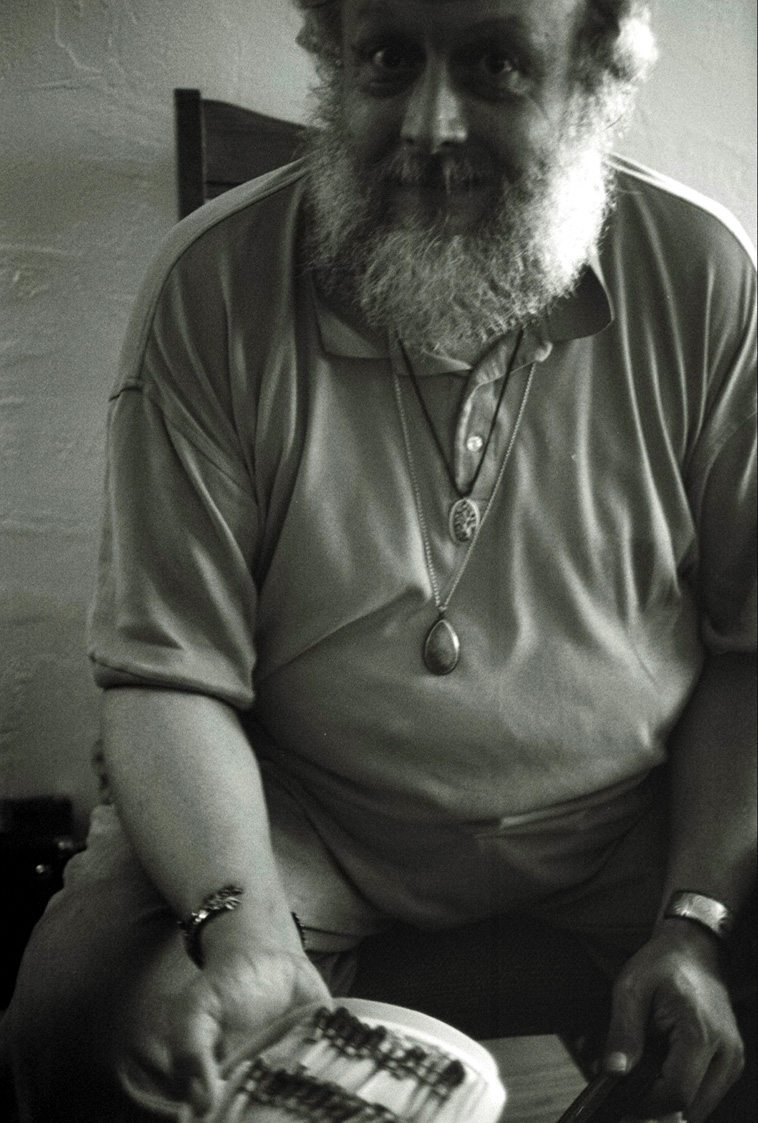 About all I know is that Sam

had a heart attack while down in El Paso playing his on-going gig with the El Paso Symphony. Apparently he was taken to the hospital and they operated and then he lingered for a day or two and then he got away from us. Taking us all by surprise. Gone.

Another part of Albuquerque, gone.

I first knew Sam as a bookman. Only later hearing him play his bassoon. Twenty years ago, when I arrived in New Mexico, he was behind the counter at Birdsong Books on Harvard Street. Maybe it was ten years ago he moved over to Page One Two. To be called a bookman is an honorific in the trade. It denotes something beyond a salesman of books, but a book lover and collector and a knowledge of all facets of books. Sam was that. The term — bookman — sounds like something that originated with Samuel Johnson.

The last book he put me onto was GOAT SONG by Brad Kessler, a new book, an account of raising goats and making cheese. I am reading it now in Sam’s memory. 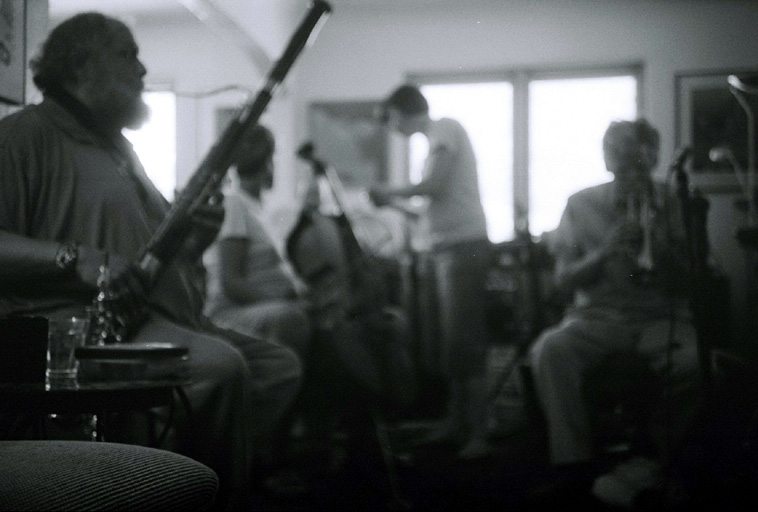 GOAT SONG came up in conversation during the break at Joey & Katie’s house during the monthly Out Of Context sessions, which these photos document. Everybody brings a little something to eat and somehow we wound up with several types of cheese. After a bit of noshing, I said to Sam and Joey and Dino, “I’m cheesed out.” And Sam, without missing a beat, said, “Well, you better not stay around for the second set.” Ha ha ha.

Let me also make note of Sam’s soprano saxophone. Let me first say that I am not known to be a big fan of the soprano saxophone. It is too often nasal in tone and 80% of the time out-of-tune. If my memory is correct I think Sam only recently picked up this horn, maybe five years ago. And wow, what a great sound he got out of it. Beautifully round and warm ( in tune ! ) and purely swooping lyrical.

I released quite a few recordings of this magnificent ensemble Out Of Context, under the direction of J.A.Deane. Sam was in the group maybe six years? These records can be found on Zerx Records. Rest in Peace, Sam Rhodes, Bookman & Bassoonist. 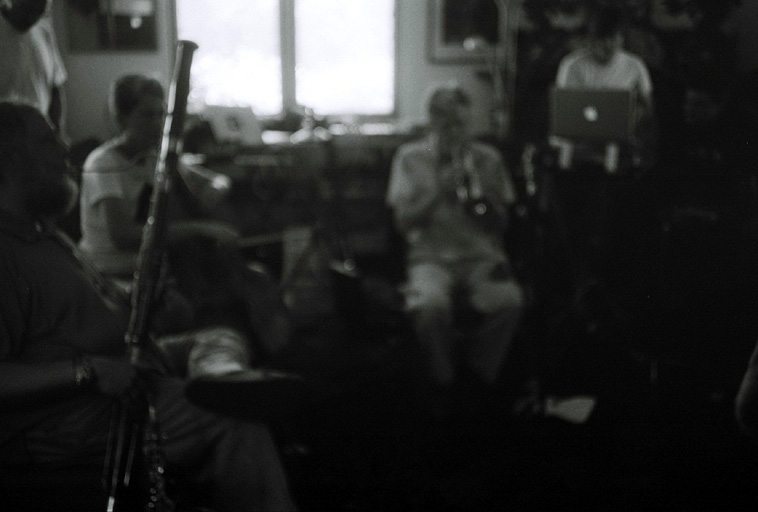 listen to Out Of Context | Sand & Wind

OUT OF CONTEXT @ HIGH MAYHEM FESTIVAL ’06

The Out of Context Ensemble was founded by Dino J.A. Deane in 1997. (Dino has been a member of Butch Morris’ ensembles since Conduction #3)

“Conduction” is a vocabulary of signs and gestures transmitted by a conductor to an orchestra providing instantaneous possibilities for altering or initiating harmony, melody, rhythm, articulation, phrasing or form. Morris himself cites an early substitution for musical notation called “chironomy,” dating from1500 B.C.

Deane’s goal in founding the ensemble was to have no goal. His intention was to work with a group slowly over time to allow the ensemble to develop a deep understanding and skill with this revolutionary way of creating music. Over the course of 13 years of continual development, the ensemble has realized a real-time score to the classic 1932 silent film “Peter Pan”, a concert at the Georgia O’Keeffe museum “playing” the photographs of Edward Weston, a concert “playing” the book — 1″ = 25 Miles, by Sumner Carnahan, a score for the film The Burden Carriers, by Pierre Barrera and a theatrical score for Theater Grottesco’s Wenomadmen. OOC has released 4 critically acclaimed CD’s and contributed several new signs and gestures to the Conduction Lexicon.