Joe Somoza And The Other 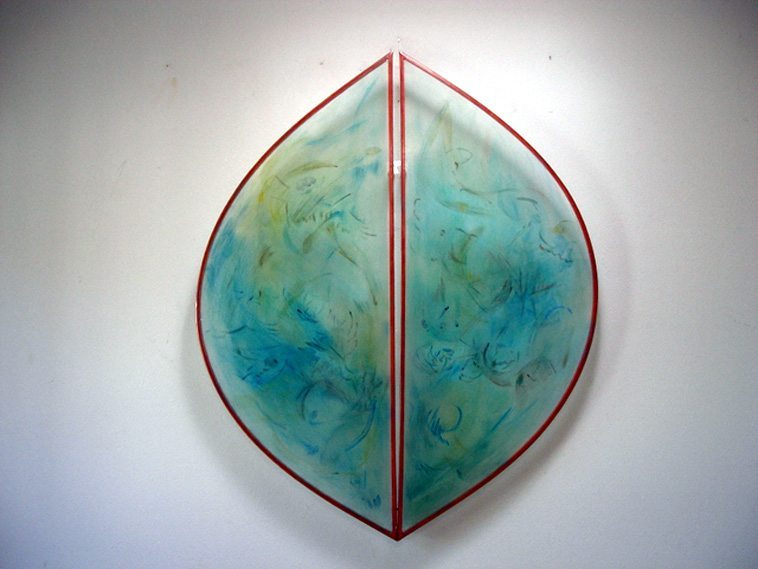 Off The Wall | art work by Jill Somoza

One of these days I’m going to make a pilgrimage to Las Cruces, New Mexico, to see Joe Somoza’s lawn chair where he writes all of his amazing poetry.

It is a poetry of incidentals, and even more than that, it is a poetry of the peregrinations of the mind. I’ve always thought he was influenced by the Buddhists and when I asked him this he said that he’s never sat cross-legged on the floor in a room full of Buddhists, that that doesn’t interest him, though he loves to read books on Buddhism.

He has a light touch. Almost ephemeral. That gossamer veil that separates us from our real selves and what is the authentic world.

As the Buddha has it, our selves are part and parcel to the world. The self is a construct of the material world. There is something else underneath what we have come to know as our “self,” that those of us who practice meditation know as The Witness. Joe’s poetry has intimations of this “other.” As well, the poems locate themselves in the moment, they are involved with the Now.

And Joe is a poet of little moments. I’ve read all four of Joe Somoza’s books, since 1990, one every five or seven years appears, are there others, before that? See, I’m asking questions just like Joe. He’s intrigued but not confused. I realize, again, this morning that the thing I’ve been looking to write into my own poetry, Joe has already got there. So, maybe I can retire my pen and typewriter and wait for Joe’s next book! It’s a type of poetry that is perilously close to making itself obsolescent. Superflous. It approaches the place where poems disappear. This is, to my way of thinking, an amazing feat. That’s another thing Buddhism does, and pre-Buddhistic, Vedic, Vedantic thought, it precludes all such preponderances.

Joe’s poems are poised between all of that. It’s a poetry beyond certainties and uncertainties. It is merely Joe sitting in his lawn chair in his backyard allowing the quiet days to roll before him.

In my aged cynicism there are very few poets that I enjoy reading anymore, so many of them seem conflicted, or intent on impressing us with their feats of derring-do. Their Bukowski-backed-into-a-corner caged-animal stance. It’s all anxiety and angst. Tiresome. Ponderous and of questionable motives. There is nothing nourishing or revitalizing about those kind of poems. Joe is more considerate. I bet you anything he uses his blinkers when he’s out tooling around in his car. (This would put him in the minority in New Mexico.) He doesn’t drive in your blind spot. He is thoughtful in the main, or, as Buddhists have it: mindful. Mindfulness is one of the core doctrines.

His poems are somewhat related to Frank O’Hara’s though nowhere as flippant. Frank’s great poems often remind me of hangover thinking, that sort of goofy craziness that glows around the edges of a hangover. (I’ve often thought that driving under the influence of a hangover is more dangerous than drunk.) Joe merely inhabits the same immediacy and off-handedness that Frank was so good at. Masters that can turn anything into poetry.

Joe does not lean on the world, does not encumber you, he doesn’t crowd you. Everything is left as it is, in situ. He has gone beyond having an axe to grind.

He was an English professor for 22 years at New Mexico State University, Las Cruces, and has been retired for 15. He says every morning he goes out to his lawn chair and writes. Every so often he and his wife Jill venture the five hours north to Albuquerque to visit friends and Joe gives a poetry reading. This he did last Sunday at Acequia Books, a god’s-honest bookstore, run by a real old-fashioned Johnsonian bookman named Gary Wilkie. Photos of jazzman Ted Joans on the wall and a framed letter from Ezra Pound that seethes. We live in a fast-paced ever-changing digital techno world where less and less value is placed upon contemplation. I don’t trust this new world. The techies have taken over. April before last when Bradford and I were driving north up Rt.5 we stopped west of Bakersfield to take a leak behind a dilapidated shack down a dirt road, in the middle of nowhere. I kept the car key in my pocket because who knows in this new world if some errant wavelength will float by and lock all the doors? (This rental car had one of those clickers that magically locks or unlocks the doors with a touch of a button from twenty paces.) We could be locked out standing in this cottonfield with our dicks in our hands. Key in pocket, always. I don’t trust this new world. 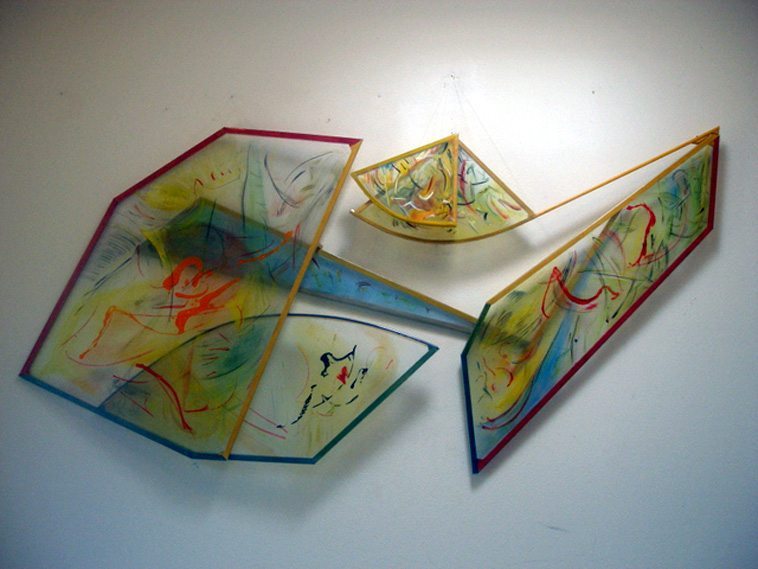 1) There are no absolutes in Joe Somoza’s poetry.
2) There is no meanness in Joe Somoza’s poetry. He is gifted with expansiveness of spirit.
3) Joe Somoza is devoid of bullcrap. He is washed clean.
4) Does he give us meaning? Sure. Why not; in that he questions the idea of meaning.
5) You can hear Joe reading his poems on ALBUZERXQUE Vol. 4
6) Is this poetry related to confessional poetry? Maybe. Though, he’s not overly concerned
with unburdening himself. Nor is he afraid to reveal.
7) His four collections are: 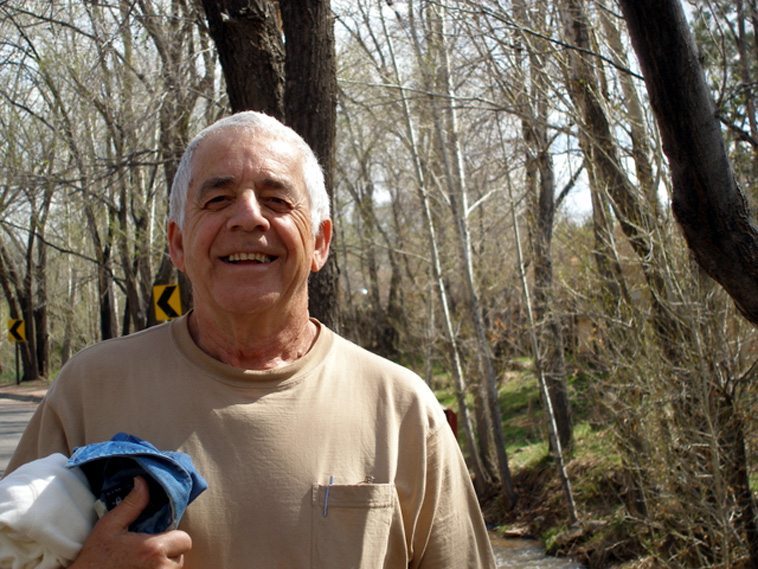 Now I don’t
need to say “now”
any longer.

“Any longer” doesn’t sound
as long as it did
yesterday.

Yesterday. Tomorrow.
If I can’t pontificate
any more, I can at least
procrastinate.

A simple declarative sentence
this is not. Nothing
is simple.
You sit down to your hamburger
at Bob’s, and they’ve forgotten
the ketchup. Then you notice
the homeless man
at the window.
You want to declare
your disgust with the system,
your brotherhood,
but what he really
wants, you don’t have
to share. In fact,
if someone
has to lose, you’re glad
that you’re winning,
for now.
Is this how to run
a civilization?

— “What sphinx of cement and aluminum bashed open
their skulls and ate up their brains and imagination?”
Howl and Other Poems

On the e-mail this morning, no one
had anything nice to say.
Just that I should send some
money, or protest some
injustice, and all I need to to
is click.
My friends, except for one or two,
have given up their typewriters.
Cigarettes went long ago. Any day,
we’ll trade in our t-shirts and levis and
be expected to behave maturely.
I go with the flow, not very
confrontational. My mother used to
warm me about being deported. Even
60 years in America and I still consider
English my second
language, though I hardly
speak my first.
My cousin from New Jersey thinks I’m
unrealistic. I don’t subscribe to
cable or the morning paper, and quickly
get bored at Wal-Mart though I
shop there all the time. It’s hard
to beat their prices no matter how
politically incorrect.
I dream of traveling to some country
without cell phones or McDonald’s but
there are hardly any left. Even
Cambodia and Afghanistan have lost their
exotic appeal due to over-coverage
of our wars.
And China
shipped its last pandas
to the zoo.
Out the window, the wind
stirs the dust and pollen
and makes things move like
shadows through the trees. 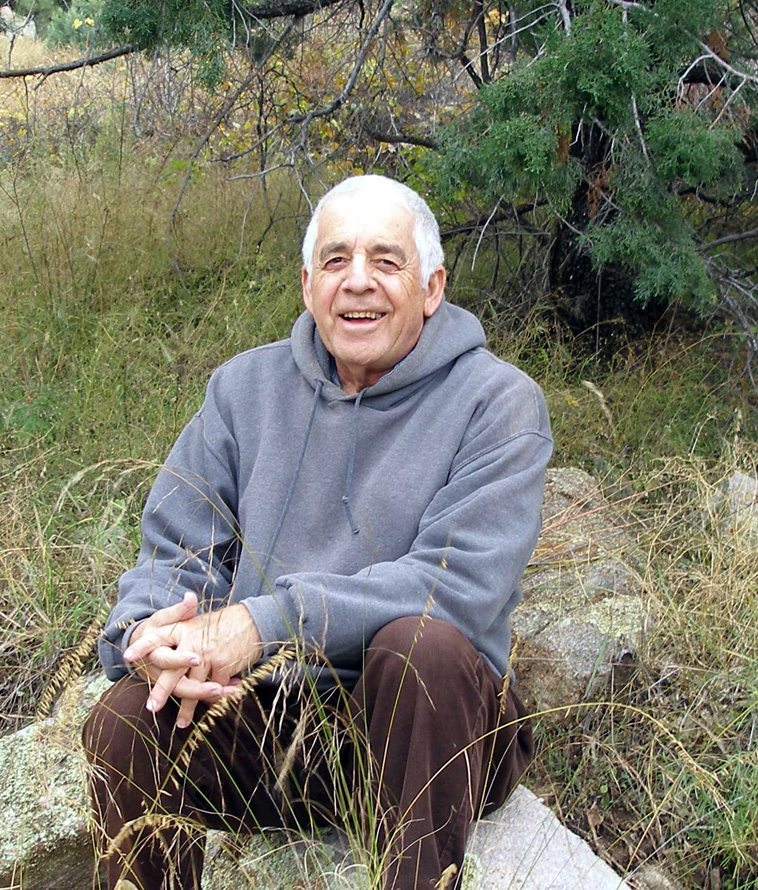 listen to Joseph Somoza | In The Clouds | from the Vox Audio CD edited by Bruce Holsapple. Joseph Somoza taught literature and creative writing at NMSU for 22 years, editing poetry for Puerto Del Sol during most of that time. He has published four previous chapbooks and three full books of poetry, the most recent being Cityzen (La Alameda, 2002). He’s done readings of his poems in many venues throughout the country, including The Green Mill (Chicago), Cody’s (Berkeley), The Cornelia Street Cafe (New York), The Elliston Poetry Library (University of Cincinnati), the Mesa (AZ) Literary Festival, and The Living Batch Bookstore (Albuquerque). He lives in Las Cruces with wife Jill, a painter. Jill Somoza has been painting, drawing, papermaking, and doing collage paintings for 40 years. She has experimented with various materials and is currently painting on vinyl, superimposing large, oddly-shaped, translucent panels.

The works shown here are small single-plane pieces of acrylic and photo-transfers on vinyl. She studied art at the University of Iowa, UTEP, and NMSU, and has shown her work at varaious galleries, including The Bridge Center for Contemporary Art in El Paso, Branigan Cultural Center and in “Close To The Border” at the NMSU gallery in Las Cruces, Hansford Gallery in New York, and Sanchez Gallery in San Francisco. Most recently, she had work in the Summer Regional Invitational 2003 at NMSU. She lives with poet Joe Somoza, with whom she raised 3 kids who all have happy, independent lives.

listen to Joseph Somoza | In Our Dreams | from the Vox Audio CD edited by Bruce Holsapple. 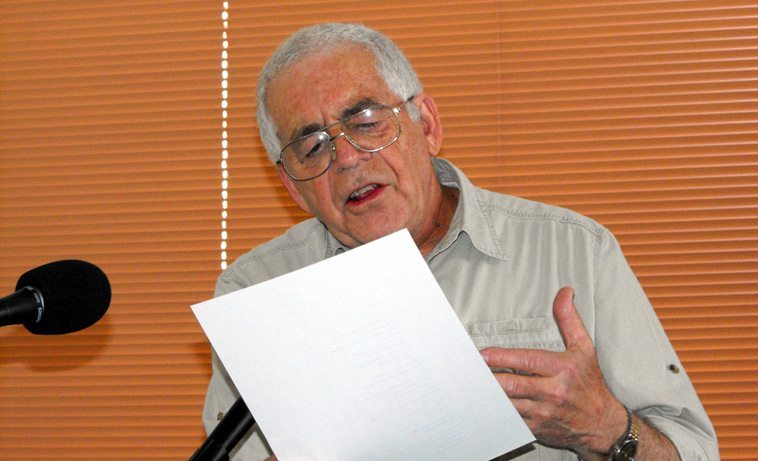 The Bubbadinos – My Country Band