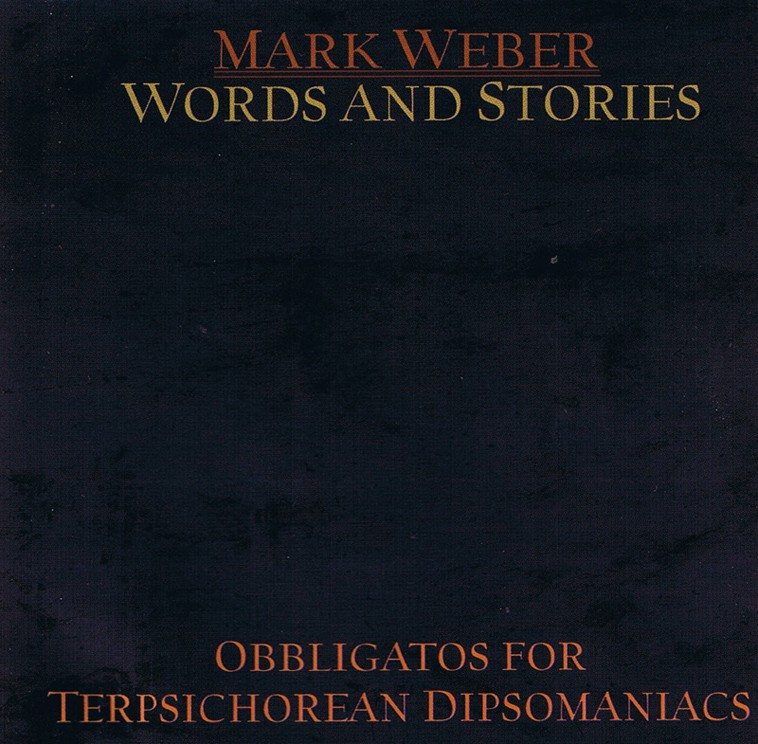 My dear Janet once informed me that I glorify my past and I in turn informed her that this is what writers do best. Glorifying my past on a resume a few years back I alluded that I was born during a cross-fire double decker whiptail black electric hurricane halfway between the deaths of Hank Williams and Charlie Parker at Okie Flats, SoCal, with a tin spoon in my mouth clutching a book of LiPo poems in my little paws. And lo& behold if that slightly enhanced glorification didn’t practically come true. My Mom goes to remembering that there was a big thunder & lightening storm knocked out Covina General’s power and during the long while before the back-up generator got going she had big aspirations to sneak me out of the hospital nursery and on to a bus and get us home. Home was the citrus groves of Pomona, Fresno, Riverside, Fontana (“Fontucky” aka”Felony Flats”), Cucamonga ( when Zappa lived there), and mostly Upland for 32 fast years.

And then I caught another bus. Went to good ole Cleveland where I took up with Janet for 3 years. From there we drove a moving van to Salt Lake City for 2 more sweet orbits of the planet. Then finally, 5 summers ago rolled down here to Albuquerque and set up camp. Warns our bones in the desert. Most likely stay awhile. Visit back home on airplanes. I’m an exile from the City of Angels.

Anyhoo, it was in Los Angeles where I’ve been friends with Vinny and Michael since the mid- 70’s, when Michael still had a metallic blue trombone, and Vinny had a group who played some of the best damn snake-charmer incense jazz this side of the Ganges. And I wrote liner notes to Nels’ very first album way back when, sporting almost identical twin musical enthusiasms, but I don’t think anybody switched me in the hospital crib ’cause Alex & Nels look too much alike. Bill, Anders, Chris, William, Rob, I don’t know these guys. Michael dragged them along one time passing through town (one time? try 3 times) on his annual U.S. tour, and needing a place to crash ole Kirk Silsbee tells ’em to drop by. Just invited them over to my house for me. Thanks Kirk, a finer bunch of payasos as one would ever hope to encounter. That was a few years ago and we’re all back-slapping amigos now, growing old together. Each one of them has more music in them than providence should allow. How it got there is a wondrous mystery, but it’s there. Proof is on this disc.

Todd Moore esta mi carnal, my best compadre, and the man to talk to if you need your knives & poems sharpened. Notorious for his killer epic ode to Dillinger, infamous down among the caverns of underground small press America. He too has been exiled to this wind- blown village at the end of the world. And Keif came here via the back of a chevy when he was a kid. He has an absurd infatuation with the old movie jag, ” I thought I told you to shut up,” which has become our salutation when we bump on the street. We have collaborated on several capers since I first heard him and conscripted his services from the late Waltz Bop Shop.

A person shouldn’t be permitted as much luck as I’ve had in this life. Luck I suppose is a perceptual thing. One man’s luck is another man’s pain in the arse. A poet is a natural born fool of whom the whole world appears one happy stroke of luck. An amazing sequence of inexplicable events. Flashing. Meanwhile, back at the hacienda, luck struck again when I pitched this notion of a back-up group to some of the natives. I’d been hearing each one of them around town; Eileen doing Medieval English Consort dances; Jo doing Arabic magic carpet music; Stefan melting his maestro Cecil Taylor into flamenco; and it was Stefan who brought Lou to me and said this the guy you need, and so it came to pass; Lou from Puerto Rico via Brooklyn via Las Cruces. No, I didn’t chose these artists merely out of some corny idea of eclecticism. I chose them ’cause they kick ass. And when I confessed there’d be no sheet music (at least no sheet music from yours truly), that the music would have to be concocted on the spot, the idea being not to rehearse too much, that spontaneity is of such high importance to this musical venture we will trust to the fates (and luck), they all said No Problemo, let’s ride.

These groups have flown under various different names for each occasional performance I give. Big Web & the Bones of Ancient Thesaurus; Big Web & the Mixed Tenses; Big Web & His Mas Grande Muy Peligroso Burritos Musical; next month’s gig at the Alligator Lounge in Santa Monica will be Big Web & the Recalcitrants. Cuidados y Bueno Suerte, Mark Weber 30 nov 95

listen to Mark Weber | at the jewish bakery