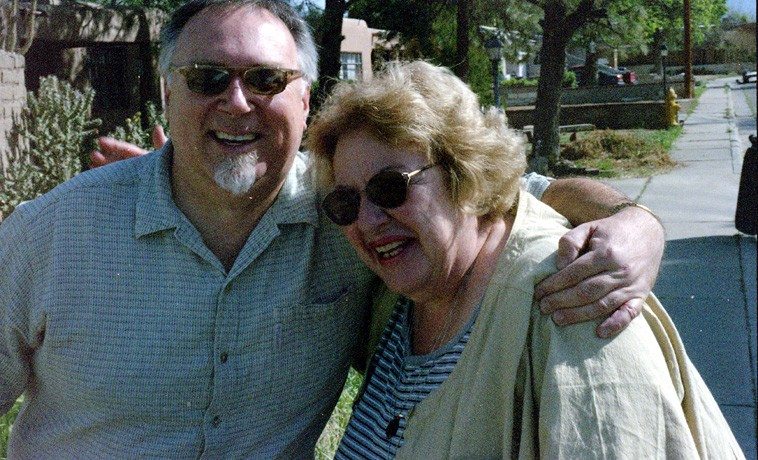 Michael called last night to say that Dottie was gone,
in the wind,
over the Pacific,
died on a Sunday in the same room Richard had expired
so many years ago . . . . . .

Dottie (Dorothea) was a contemplative. She must have spent many hours staring out over the rooftops of Pico Boulevard on the ocean side of Los Angeles, the very real non-fantasy view of telephone poles and palm trees and air conditioners and billboards.

She had a very large window that faced the Pacific Ocean only a few short miles away. You could not see the ocean but you could feel it — the light bouncing off the sea at dusk as the sun went down.

Michael and I had just taken her to lunch at her favorite restaurant, The Spitfire Grill, five days before and she was jovial as ever, quite animated, always solicitous and engaging, smoked a couple of her Marlboro 100’s (red) and had an ice coffee that was delivered with a slice of lemon attached to the lip of the tall glass, (ice coffee looks like ice tea and between the waiter and the kitchen things take on another life), and when the waiter said she’d exchange it, Dottie said, “Oh, that’s alright, why not,” in the spirit of trying something new.

Michael had a garden burger (w/jack cheese & avocado) and lemonade unlimited refills. I merely had a turkey sandwich and my ever-present Earl Grey. I even took a few snapshots with my Olympus rangefinder (they’re being developed presently — check back at this web page next week to see the shots). Regarding her love of the Spitfire, “It’s nothing special, so I don’t have exaggerated expectations,” a typically pithy assessment, with a smile. I suspect a touch of nostalgia for the Sunday afternoons her and Richard would visit old Southern California neighborhood airports which always have very interesting diners (I’ve done a bit of this type of exploring myself). We sat at the outside sidewalk tables in full view of Santa Monica Airport. Dottie had the “Ultra Light” omelet. (All the dishes were named after aircraft and air flight terminology.) And in this way we wiled away a few hours, Michael with his refills, and me with my tea, talking about everything from Marshall McLuhan to Henry Miller (we wonder’d why nobody ever talks about Henry Miller anymore?) to what a great audio engineer Wayne Peet is, just around the corner. 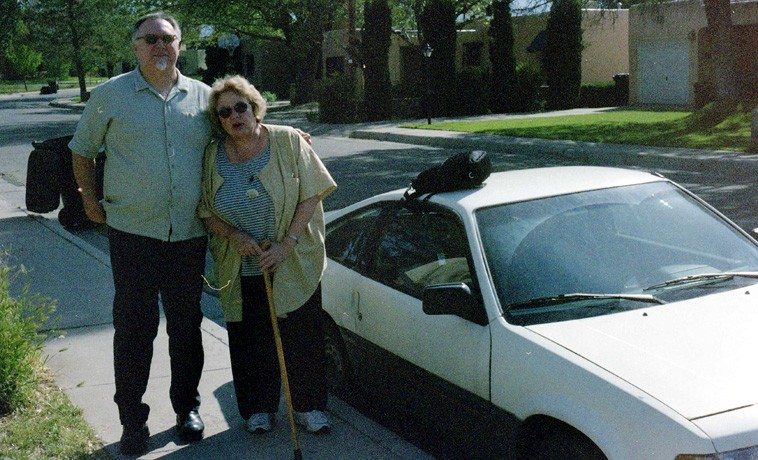 I always called her Dotski. Riffing on the Bukowski thing. Not that she had much in common with his poetry. Dottie was unusual as a poet in that she didn’t hang around the poetry scene, she hung out with jazz musicians, so the poets in American do not really know her work. She still submitted her poems to dinosaurs like POETRY and KENYON REVIEW, although, I did nudge her to submit to PEARL magazine in Long Beach and she became a regular there in those pages.

Michael had went to pick her up Sunday evening for a function in Eagle Rock and as was their custom Michael would pull up in front of her apartment on Barrington (near Pico) and she would come down with her walker. He had the landlady let him in when she didn’t show, and they found her at 6:15. 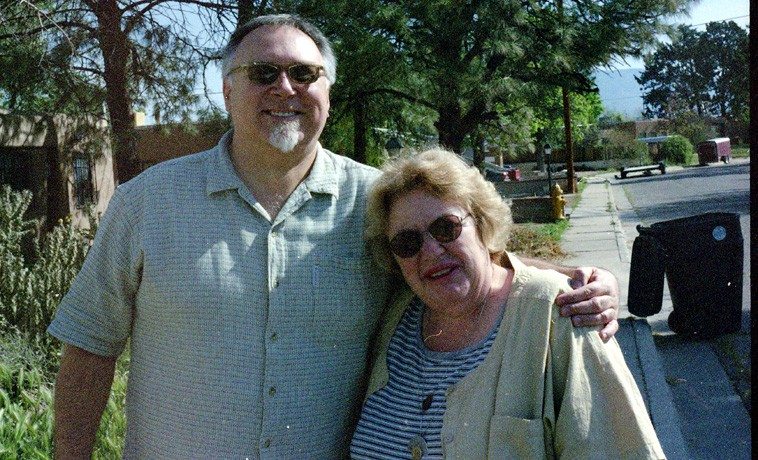 So, the girl from Philadelphia who shook Coltrane’s hand and joked how she didn’t wash it for a week is gone. I will miss her. She is the author of many or most of the song titles to Richard’s piano music. They arrived in Los Angeles in 1978. 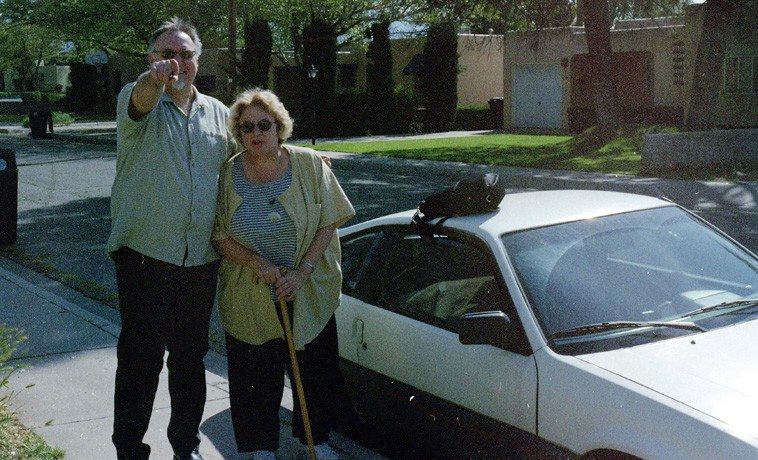 Here are some poems she would send me that I believe are unpublished — I have a large batch of her unpublished work.

In August,
nothing presented itself
as art waiting to happen,
until my right-handed friend
decided, just for the hell of it,
to use her left hand exclusively
through Labor Day.

Time is a very old bastard
who skulks around the alleys
playing solitaire;
sometimes he looks at his watch.

“You have to have time to feel sorry for yourself if you want
to be a good abstract expressionist.” — Robert Rauschenberg

She read her long poem that listed
just about everything in the world.
Afterwards, I told her,
“Thanks, you saved me the trouble.”

And, talking about poetry,
Billy Collins (our ex-Poet Laureate) says,
“… how will it ever end?
Unless the day finally arrives
when we have compared everything in the world
to everything else in the world.”

AND after one of her many trips to Portland, Oregon, she sent this one:

Gray monster of a ship
on the horizon —
you would have said,
“Look at that!”

Red maple trees
in the fog,
and two widows
on their gray-haired walk.

AND after one of my trips to NYC she had responded:

I want to talk
to a New Yorker,
somebody who knows
a thing or two,
who’s been around
the block,
if you know
what I mean,
somebody who won’t
pull any punches,
who really
knows the score,
somebody with dirty fingernails,
and who spits
when I mention Los Angeles.

The tall men cough importantly
into their leather jackets.
They are always
getting something
out of their cars.
Their big, rough hands
are ready for anything.
Winter is such a manly season.

The Cities of the World

The high temperature in Mecca
yesterday
was 90 degrees
and sunny,
unlike Rio de Janeiro,
which was 84
with thunderstorms.
But Winnipeg was minus 6
and partly cloudy.
Edinburgh was 45
with rain storms,
London was also rainy
and 37,
Los Angeles was 70
and optimistic.

When he got an invitation
to the Global Warming Summit,
Henny Youngman volunteered
to bring the salad.

AND this one from the booklet to Alex Cline’s 1999 compact disk SPARKS FLY UPWARD (Cryptogramophone):

Pieces of a Mirror

All day,
at the window,
I sit next to the weather,
studying shadows,
like an indoor cat,
until dusk,
when the sky
walks me home. 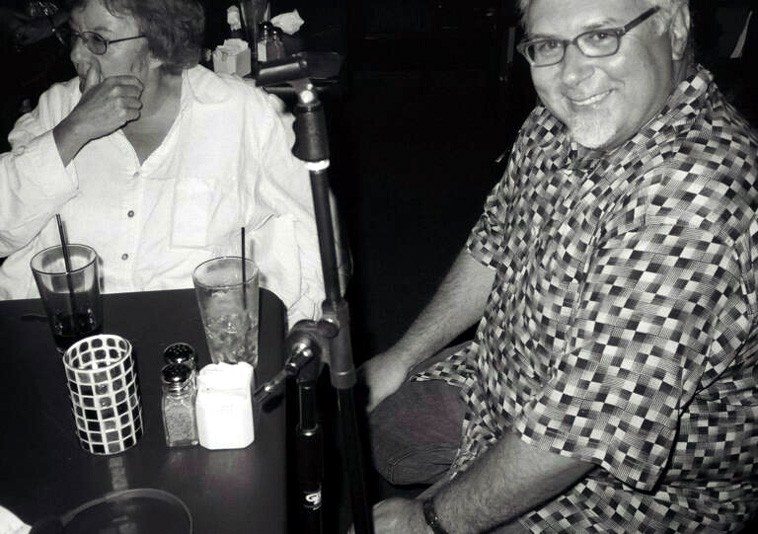 listen to Dottie Grossman | Map of the United States 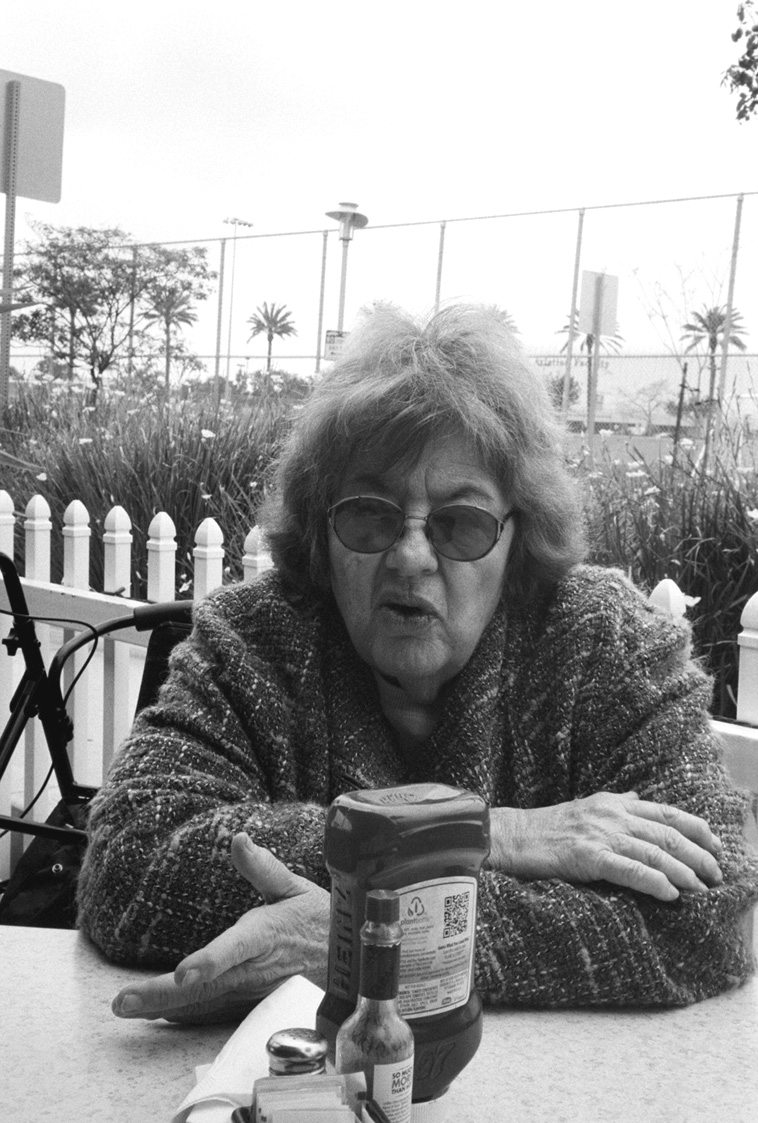 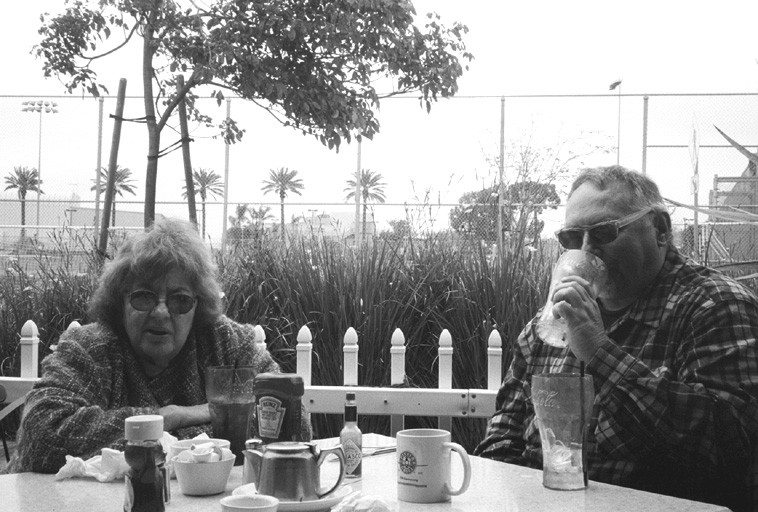 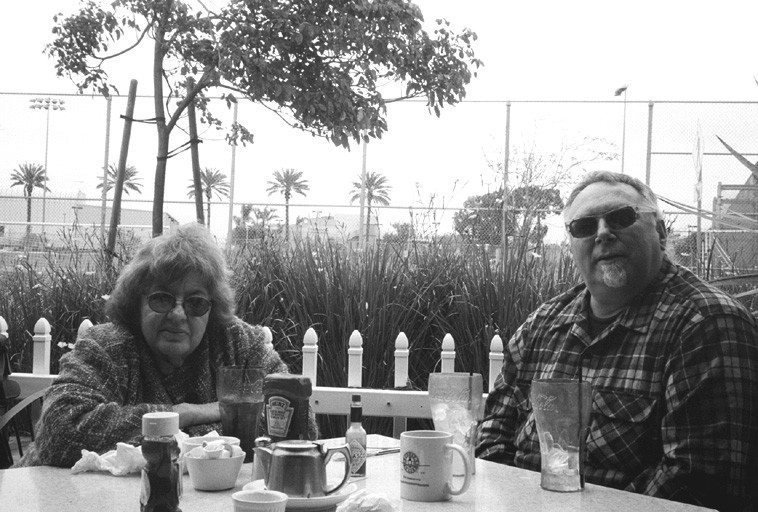 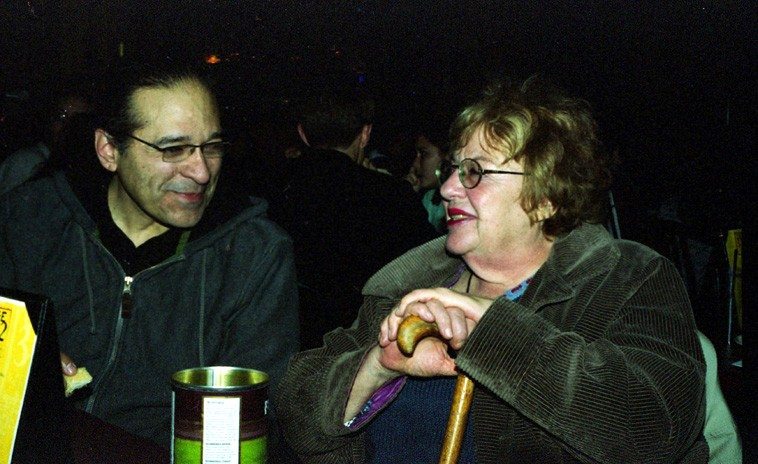 The Coda interview with Bobby Bradford | 1976