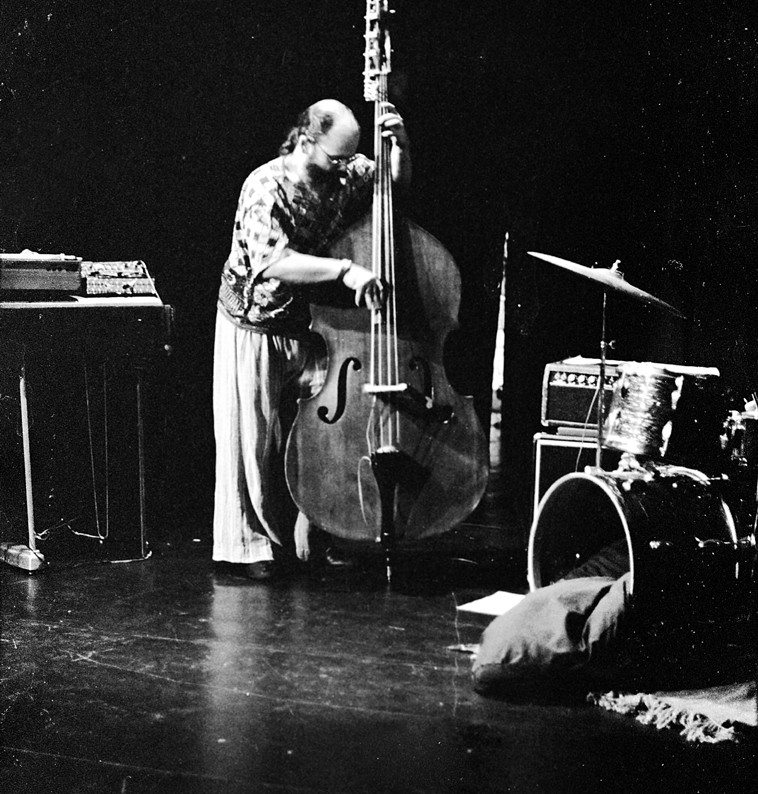 CONTEXT AND THE DISCOVERY OF VINYL

Notes Regarding Buell Neidlinger on the Radio

I came into jazz backwards. Better that way. During my high school years, as part of my self-preservation project not to be indoctrinated into what I suspicioned (correctly) to be a decadent society gone amok I became enamoured of surrealism and Dada. I was fanatical about this art, and all things modern art. I listened to Stravinksy’s “Rite” and “Firebird” and “Petrushka,” Frank Zappa’s “Lumpy Gravy,” Penderecki’s “Threnody for the Victims of Hiroshima,” and Morton Subotnik’s “Silver Apples of the Moon,” and Honneger, and Stockhausen, and the long jams of Grateful Dead and Allman Brothers and all the things that were going on in 1960s Southern California, but, I hadn’t yet ventured into Black cultural musics: jazz, blues, gospel, and spirituals. 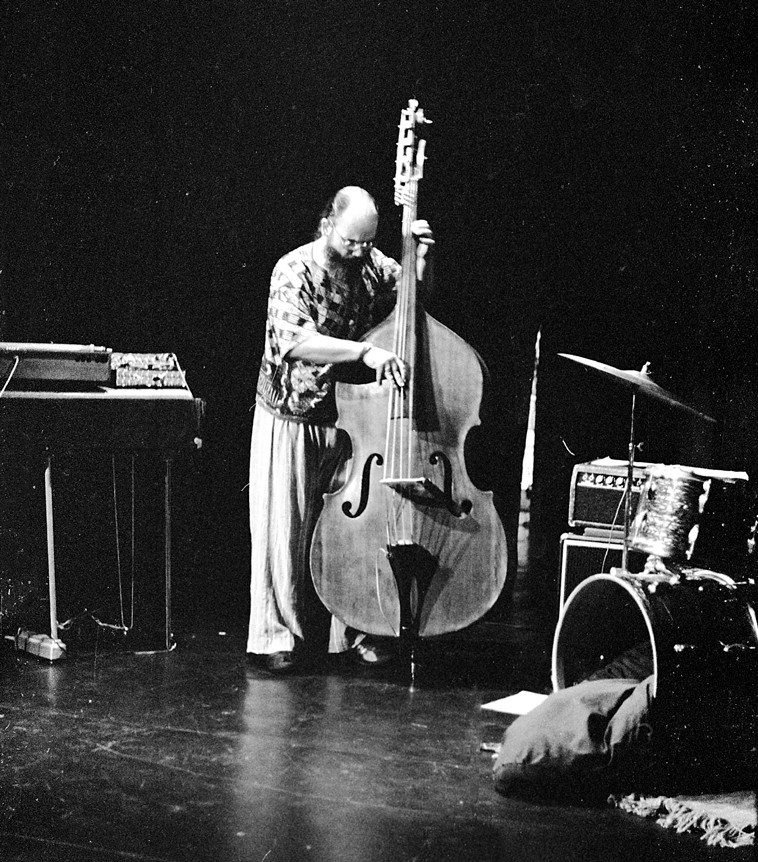 The first Ornette Coleman record I bought was THE EMPTY FOXHOLE with abstract expressionist painting by Ornette on the cover, this is the first record O.C. played violin and trumpet and his ten-year-old son Denardo on drumset in trio with Charlie Haden. This is a wild record. Conversely, my first Coltrane record I think was CRESCENT which was a little easier to take. ( I still laugh that my second or third Coltrane record was the double-LP LIVE IN SEATTLE which I still have difficulty with.)

Anyway, I was bent toward the modern and what the jazz world called “avant garde.” It wasn’t long before I was a card-carrying member of the Avant. It was a world of discovery. Momentous.

When I came on the set there were only a few Cecil Taylor records readily available, the two Blue Notes, and INDENT, and you had to mail away to Mary Lou Webb for copies of all these free jazz & 20th century musics (she was a predecessor of NMDS). Then the Candid re-issues of NEW YORK CITY R&B and AIR came out, and SPRING OF TWO BLUE JAYS — I have such fond memories of the times when I discovered these records. 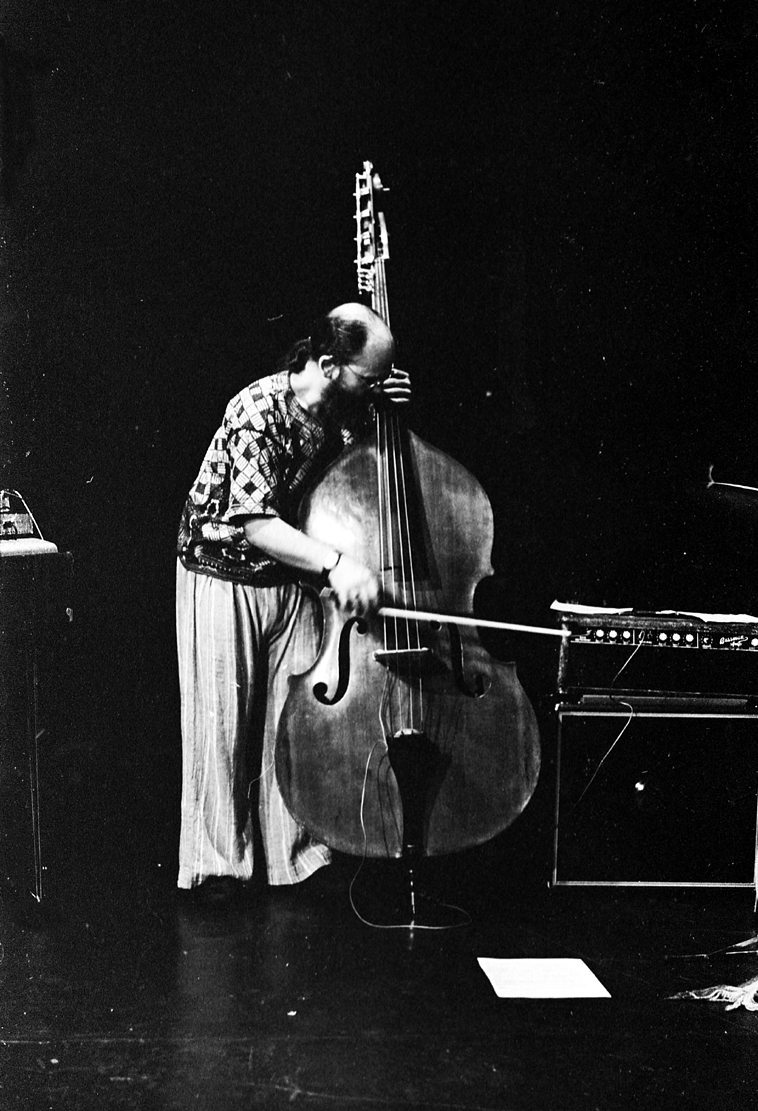 And that is when I first came upon the bass playing of Buell Neidlinger. (Up till then he was only a name in the orchestra on Jean Luc Ponty & Frank Zappa’s 1970 album KING KONG.) By the mid-70s re-issue programs were in vogue and several other early late-50s-early-60s Cecil Taylor records came back into the world. More Buell ! As the dust settles one find out that Buell Neidlinger was on 6 or 7 of Cecil’s first albums on small labels with minimal distribution. 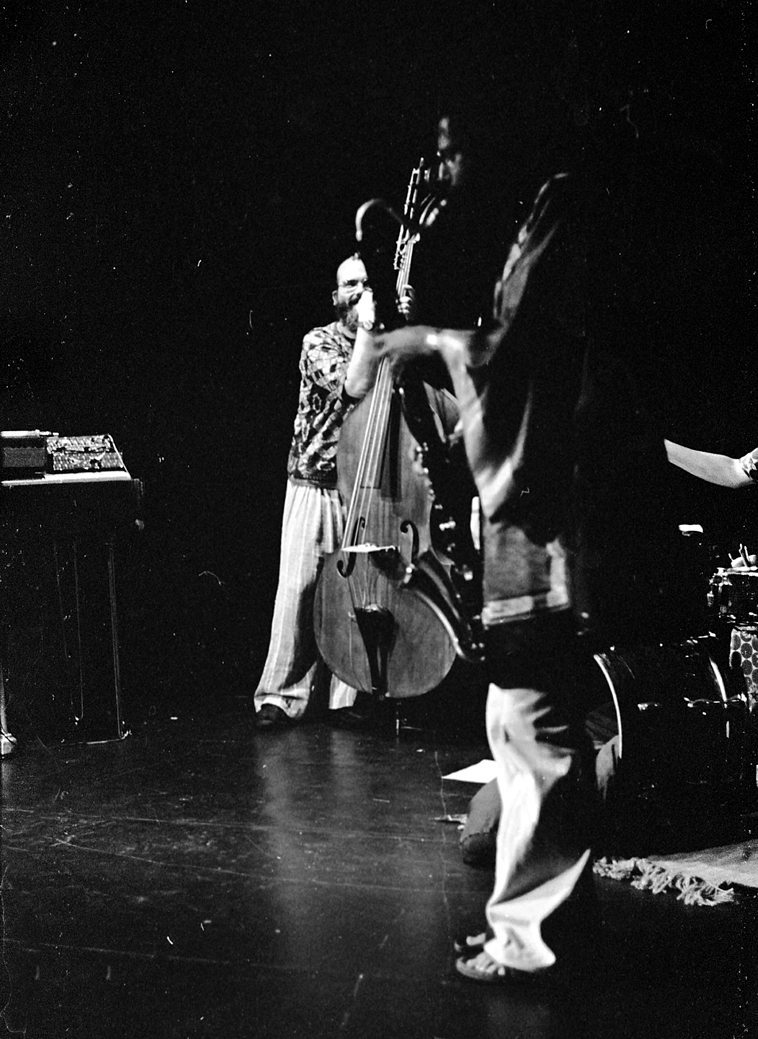 We’re going to talk with Buell Neidlinger this day in a Live telephone hook-up from his island home in Puget Sound. We’ll talk to him about everything from playing with Harry Partch to his forays into bluegrass. From playing bass in the Houston Symphony to working with Dolly Parton, Jerry Garcia, the Beatles, and Marty Krystall. From Steve Lacy to dixieland with Johnny Windhurst. Buell grew up in a household where Toscanini was a regular guest ( ! ) Buell was a cello prodigy as a child and switched to bass to make dough — and studied with Walter Page ( ! ! ) the bassist with Basie who along with Jo Jones moved jazz away from 2/4 into the realm of 4. Buell’s students are regularly placed in the great symphonies of the world. Hopefully, we’ll have time to talk about his work with Anthony Braxton, Steve Lacy, Don Preston, Ivo Perelman, Kenny Davern, Emil Richards, and the maelstrom of Greenwich Village boho life of the late 50s, and his 27 years in the studios of Hollywood. 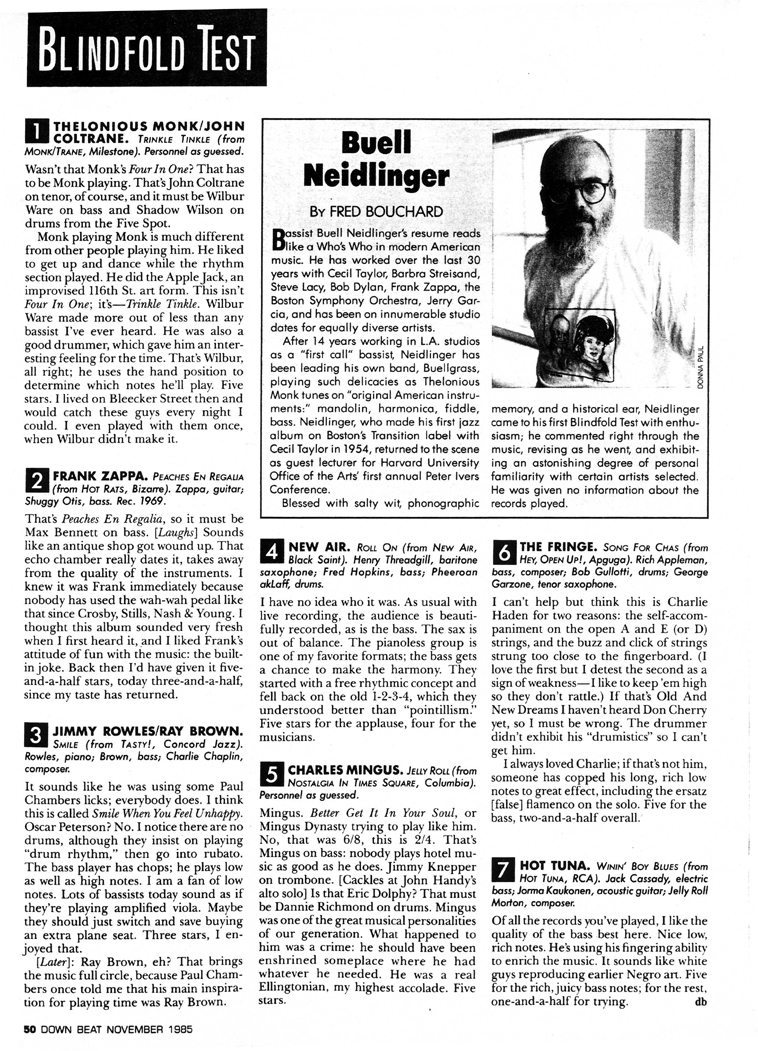 NOTE: radio shows are accessible via archive for a few weeks at KUNM.org After that they can be found at my archive at UCLA Schoenberg Hall. As well, at Institute of Jazz Studies, Rutgers, Newark, New Jersey. And at the Los Angeles Jazz Institute. 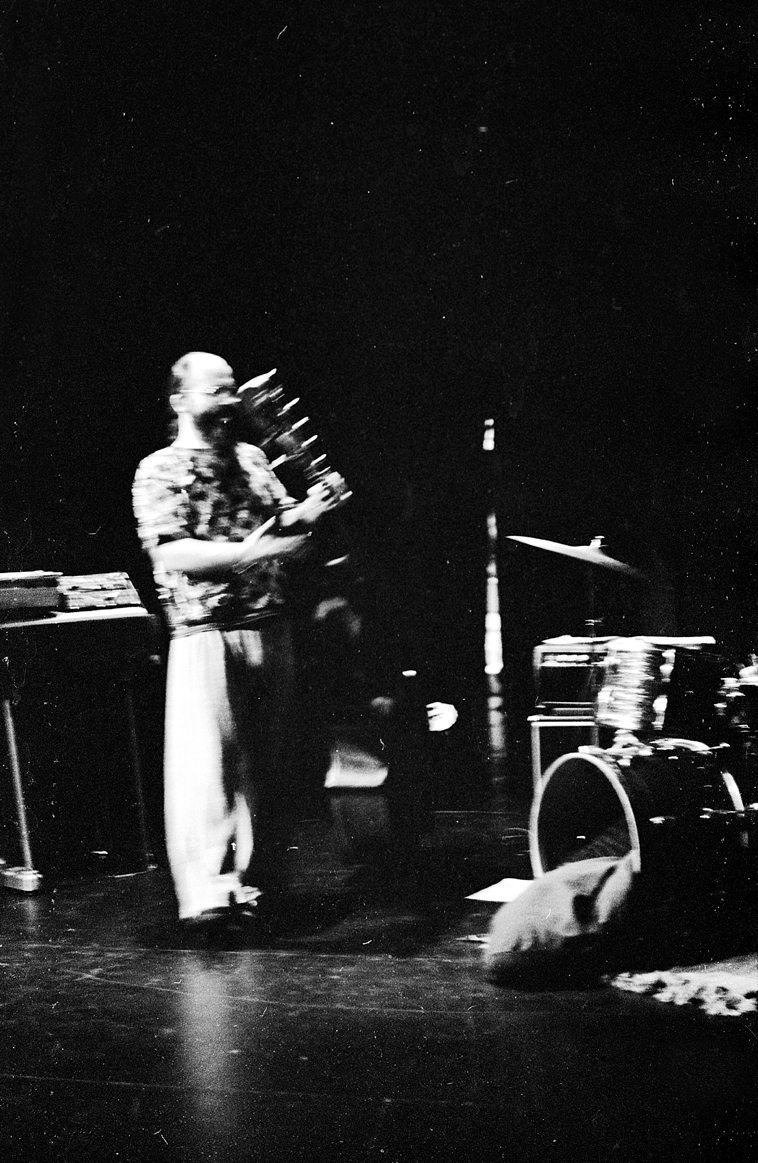