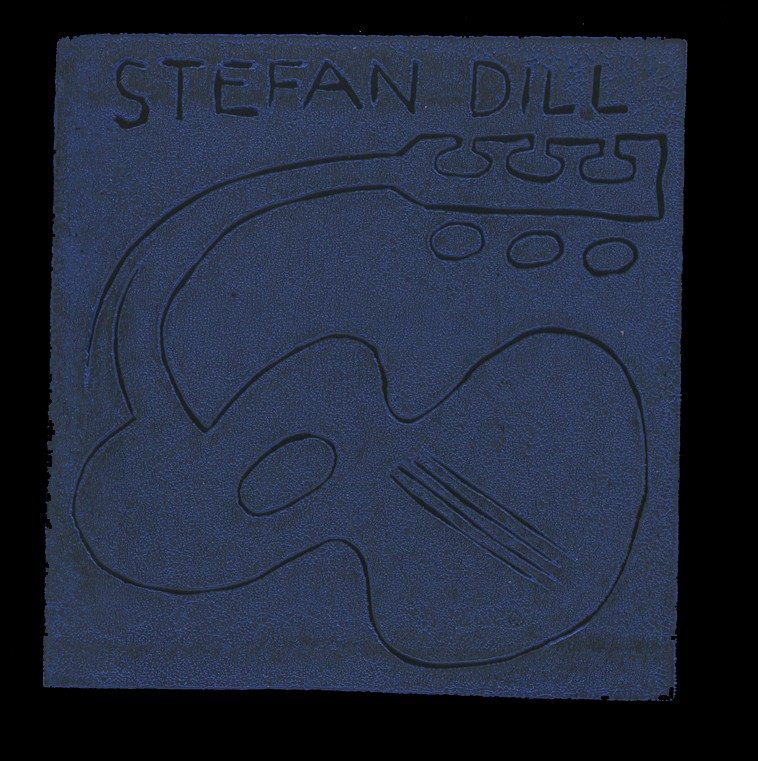 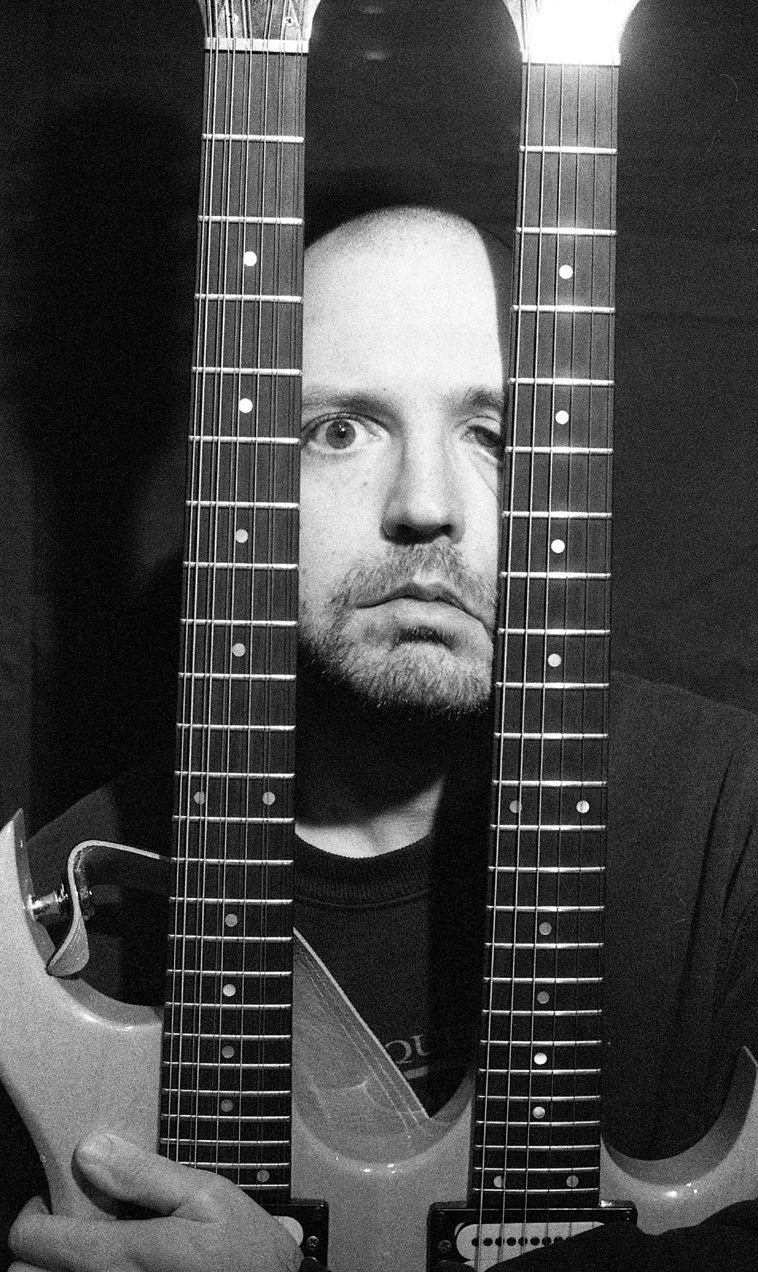 my good friend Mark Weber released Flower And Song (Zerx 029), a collection of various duos, all fully improvised. Mark Weber (writer, musician, visionary, artist, iconoclast, and the guiding force/producer behind Zerx Records) and I had been discussing some kind of release under my aegis for a very long time. Not feeling particularly compelled to do another solo release, and Mark not particularly compelled to do a full tilt release of the current electric projects, we were at a bit of a loss. The initial genesis for duos was Mark remembering the John Jasnoch tapes from 97 and urging me to do something with them for his sampler release. The first of three cuts was chosen, the remaining ones to be possibly spread over future samplers. About the time I was cleaning out the incredible 50 cycle noise from the Sheffield tape ( louder than the music, courtesy of the British Yorkshire Electricity power company) I was blessed with visits in June and July from my student John Dikeman, followed by veteran improvisor Jack Wright. Rehearsals with the new trio began in late July, and there were some very good pairings within that. Listening to it all, I realized what was taking shape. Mark gave his blessing, and so here it is.

Sifting through takes, I strove to find cuts that had the highest level of interplay, where common focus and spirit were most at hand. Dialogues and surprising simultaneities took precedence over solos (though Dikeman’s opening tour-de-force on the last cut was too good to pass up and is ironically the only extended solo passage on the album). All material was 100% improvised. There were no charts, no cues, no general plans. What you hear is how it happened. One of the principal attractions for me in performing improvised music is the telepathy, the connectivity that can occur between accomplished improvisors: the immediate call and response, the ability to find each others pitches, the simultanaeity of rhythmic gestures and phrases – all while hopefully making some compelling music – is what makes improvisation work or not.

The potential to reach that chemistry, that magic which makes all music “happen”, is for me at its greatest in improvised music, because without standard song form, everything rests on the interplay. It is music at its most naked, stripped to essentials – it either happens or it doesn’t. Whether it does here or not is for the listener to decide and enjoy and perplex over. “Flower and Song” – In Xochitl, In Cuicatl in their native Nahuatl tongue – was the Aztec metaphor (in a language full of metaphor and dual constructs) for truth and beauty in the arts (particularly literary) , qualities which were highly revered and expected. I don’t know if I even came close to that exacting standard, but I do hope Tlaloc likes this disc.

1.AK’ABIL (EARLY DAWN) A brief unfolding with Jack… 2. CIRCLE OF SKIES Jack Wright is a veteran master improvisor, and I hadnt seen him in years. He came to a solo concert I did in Denver in June, and we went to his house afterwards and did some brief playing. Inspired by the initial results, we arranged for him to come down here for an afternoon, where we laid down everything here (and then some…) 3. THE SERPENT MAT 4. ANOTHER QUICK ONE The last two of a three – piece short set that John Jasnoch and I did at The Grapes in Sheffield, England while I was on a UK tour in 1997. John is a well known improvisor in the UK, Holland, and Germany. He graciously arranged this stop for me, and it was a splendid night. Fortunately someone recorded this on cassette, but the powerful and constant omnipresence of Yorkshire Electricity Company proved to be quite a challenge. 6000 miles distance and an arsenal of audio tools between Q and myself lessens their impact considerably but not completely. 5. ZAKIL AMAK’EL (LIGHT THAT LASTS) sample John Dikeman is an amazing talent. I met him while teaching at the ill-fated Young Musicians summer music camp in Wyoming in 1999 and was blown away. Already at 18 — when this was recorded — he had a tone, energy, and melodicism that is rare regardless of age. He came for a visit and we set up in my father-in-law’s cavernous empty downtown building for three nights straight. By the third night, it was going. I am so very proud of him — he has gone on to do amazing things and is thriving in Amsterdam and the Dutch free jazz scene. 6. DANCE, O PRECIOUS JADE, O PRECIOUS TURQUOISE Dave Wayne was the drummer for the new metal free jazz Trio I was developing, and in the trio sessions we did some duo moments. My then-2 year old daughter Sofia dances to everything, from Brotzmann to bulerias, and she loved this one. Using the Nahuatl metaphor for daughter, this was for her… 7. SONG FOR TWO SOFIS A more introspective piece with Dave Wayne, whose daughter is also similarly named. 8. RAZOR HOUSE DW and I plug in and go… 9. REMEMBRANCE Trio bassist Dave Nielsen and I put this brief quiet piece down one night at a trio session. 10. SLEEPING IN FIRE I convinced Jack to do one piece with me on electric, and I’m rather glad he agreed. 11. IN XOCHITL, IN CUICATL (FLOWER AND SONG) The “title cut”, so to speak… a varied and intriguing piece with Jack. 12. SING, HEART OF JOY sample From John’s visit came this joyous bit of frenzy (and the only possible way to conclude the album). Brilliant work. — Stefan Dill

Here are some interesting reviews on this album.

A Download version of this album is available by clicking here… 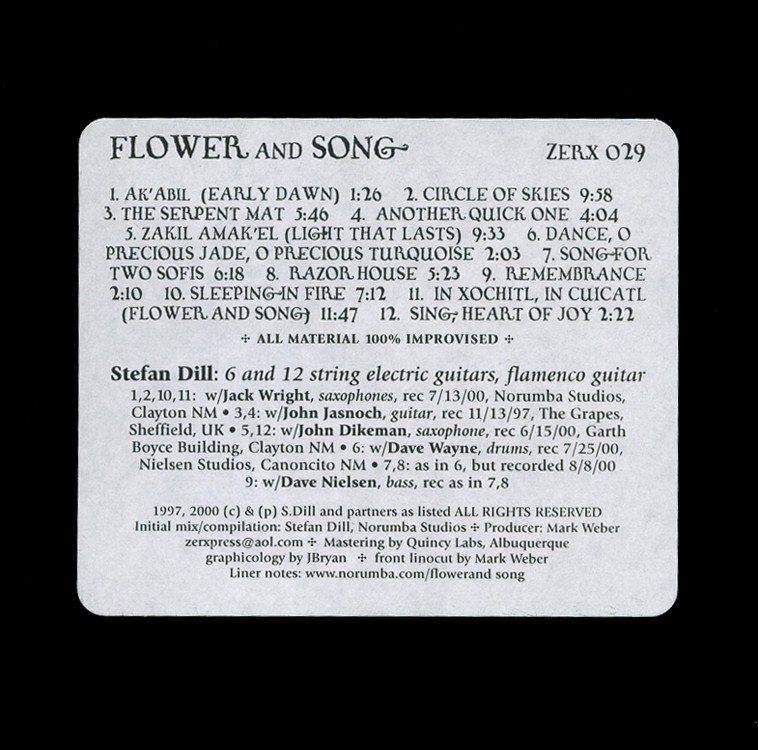 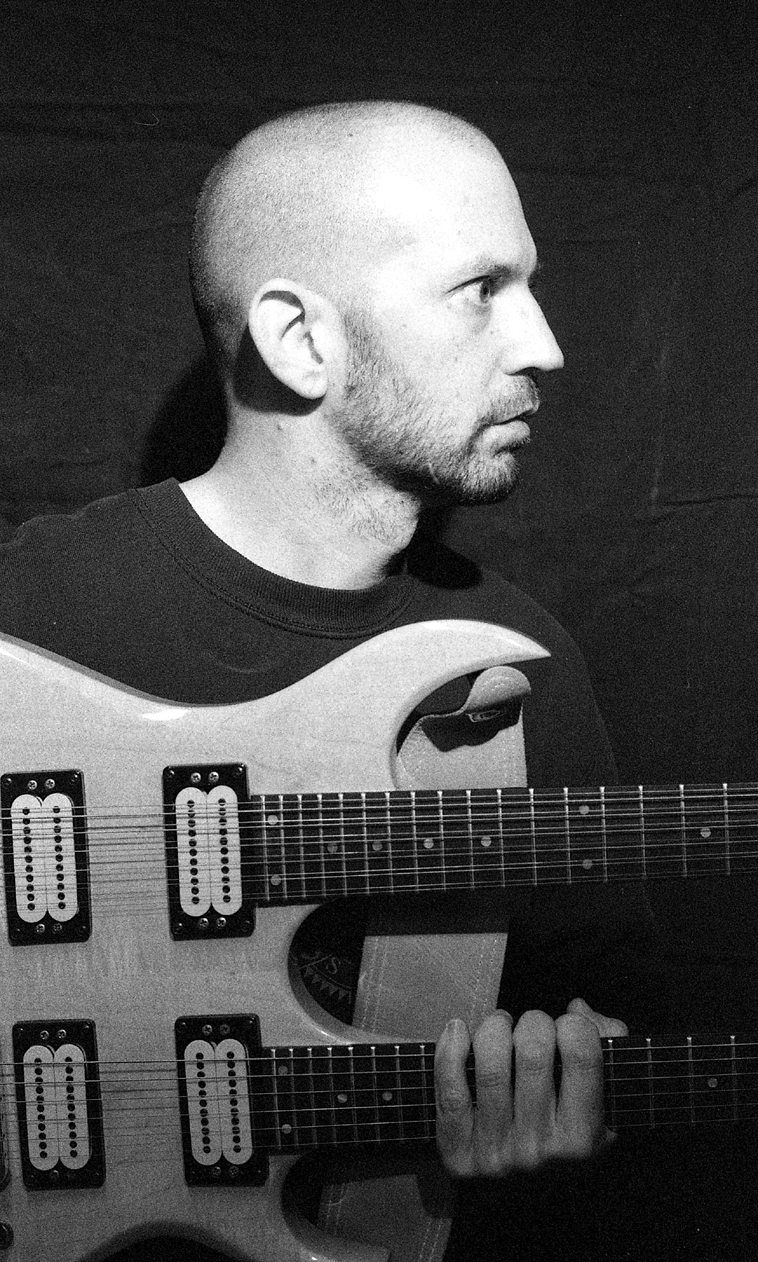 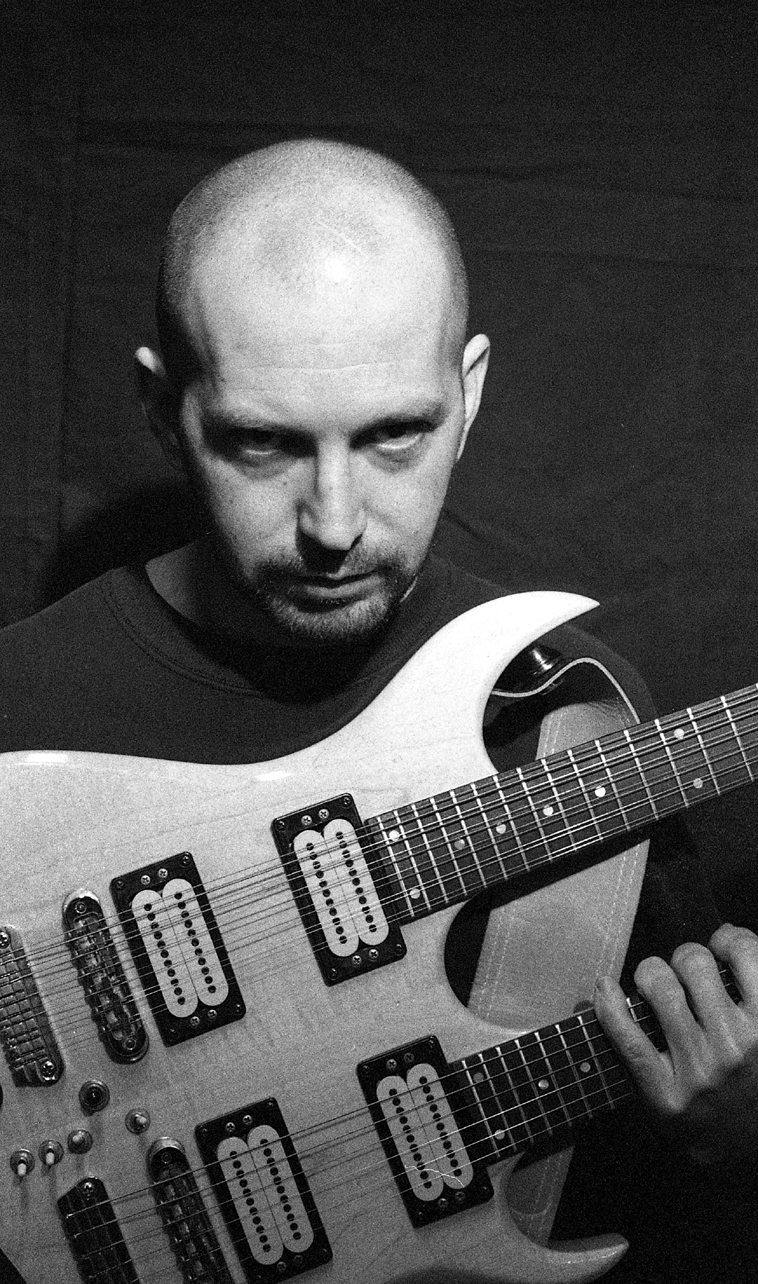 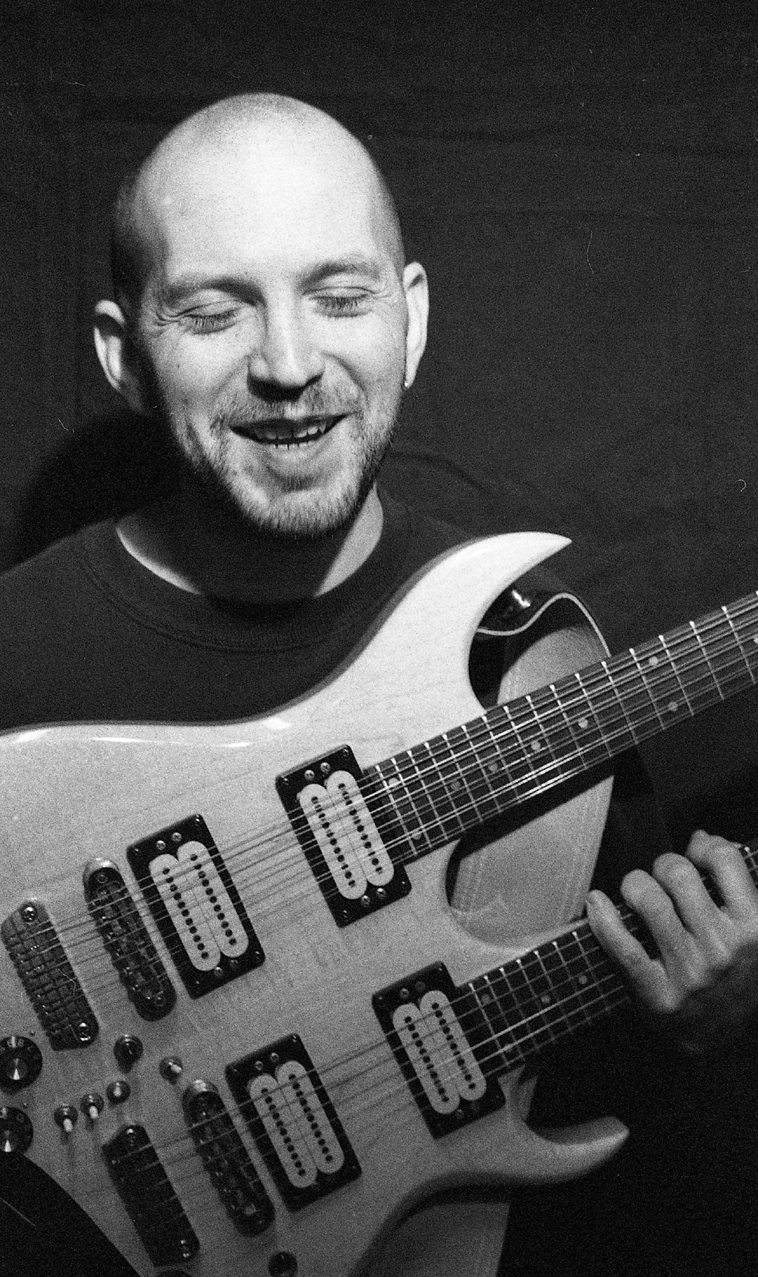 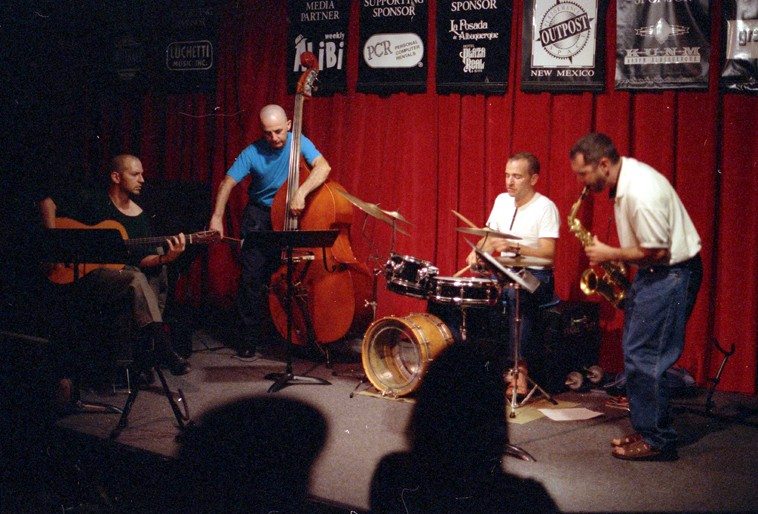 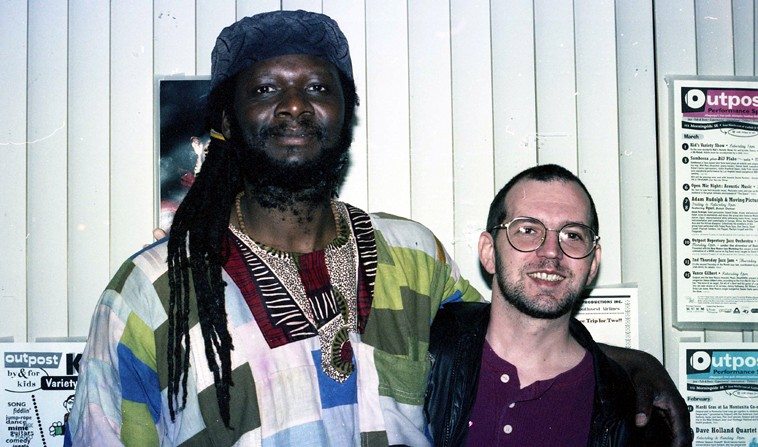 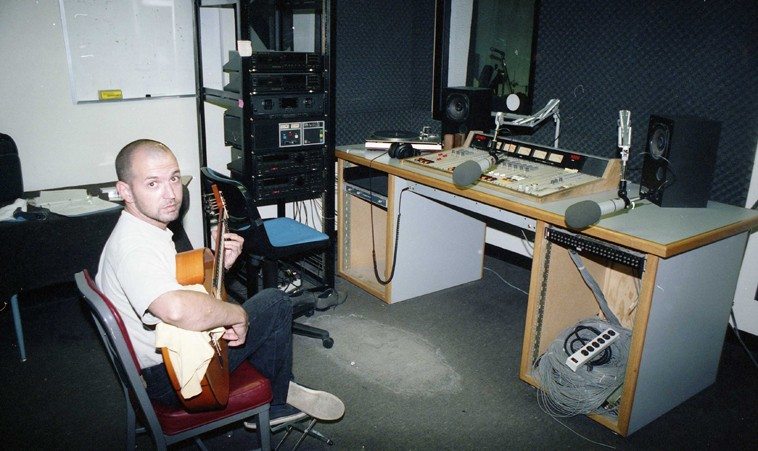 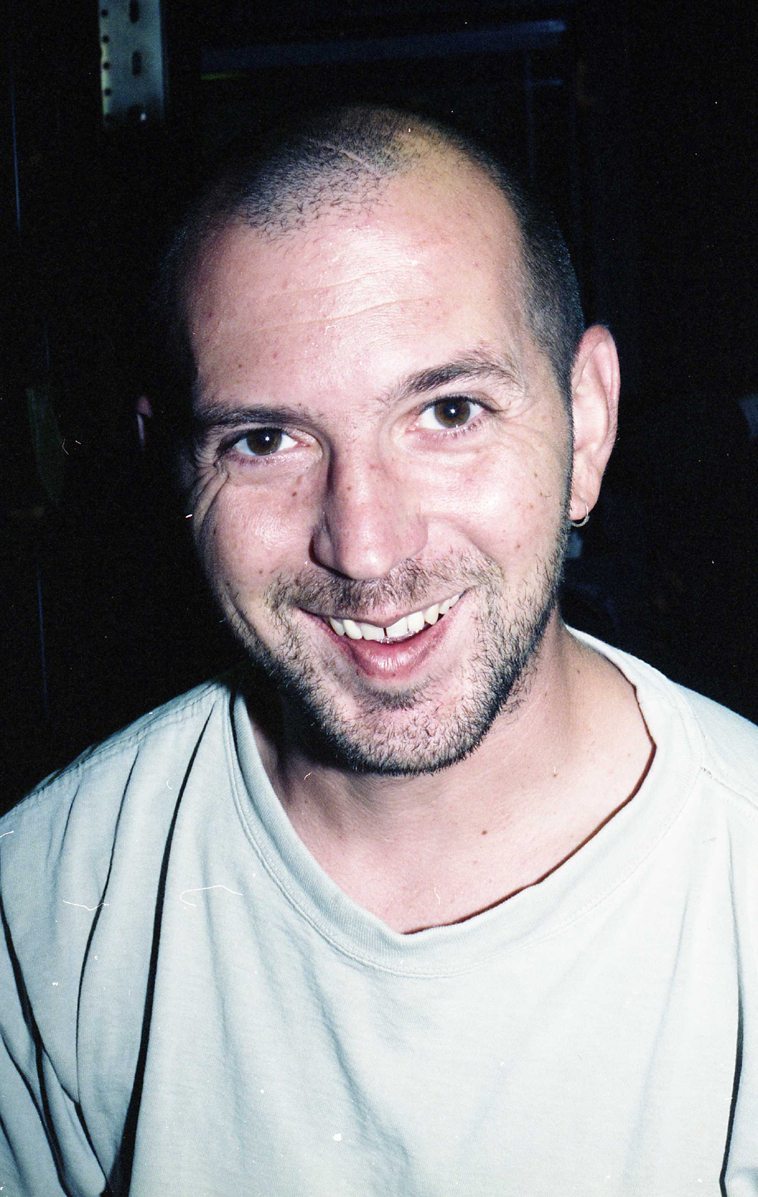 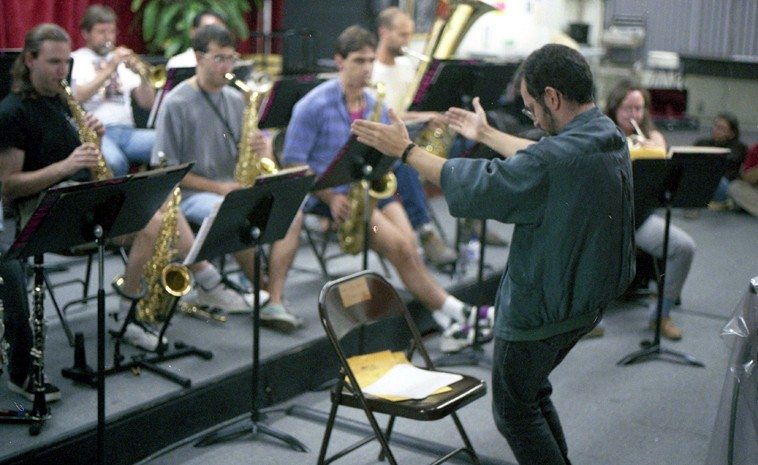 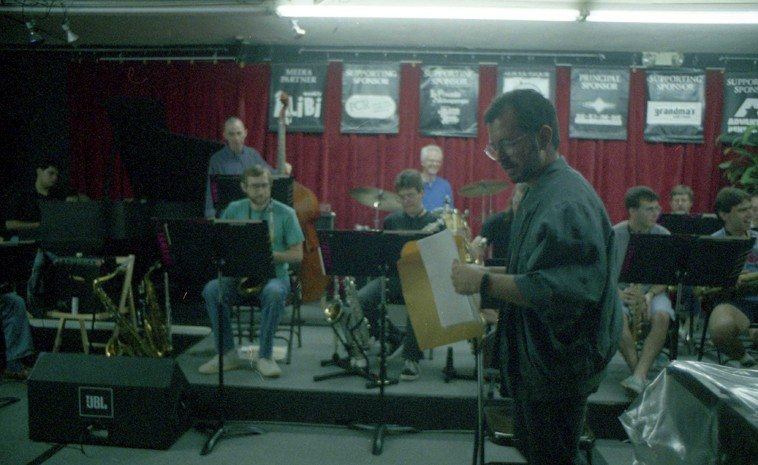 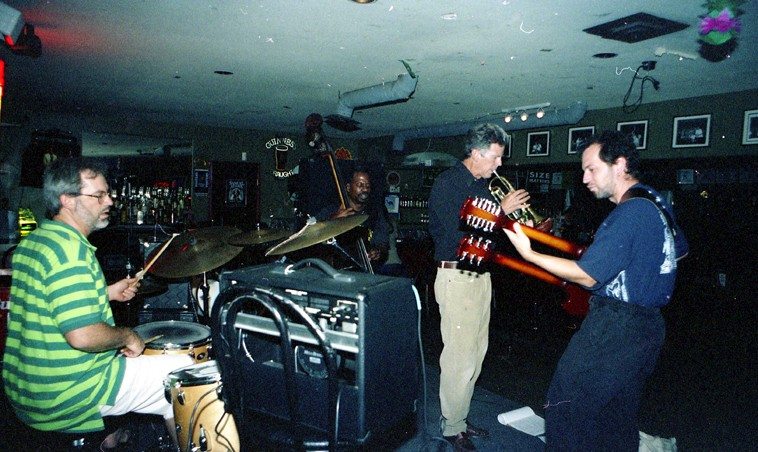 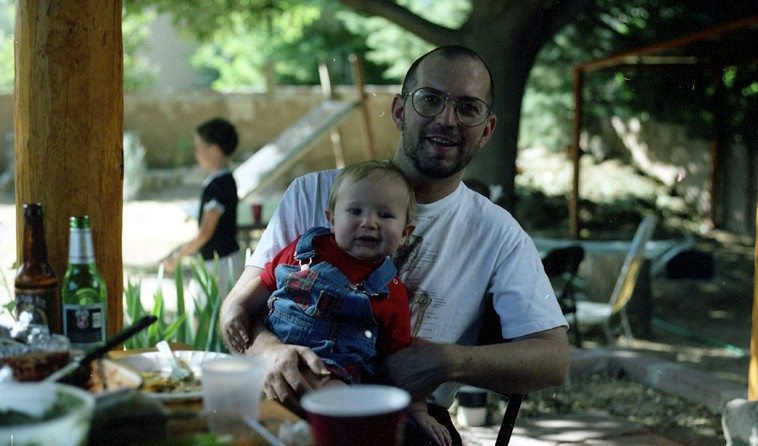 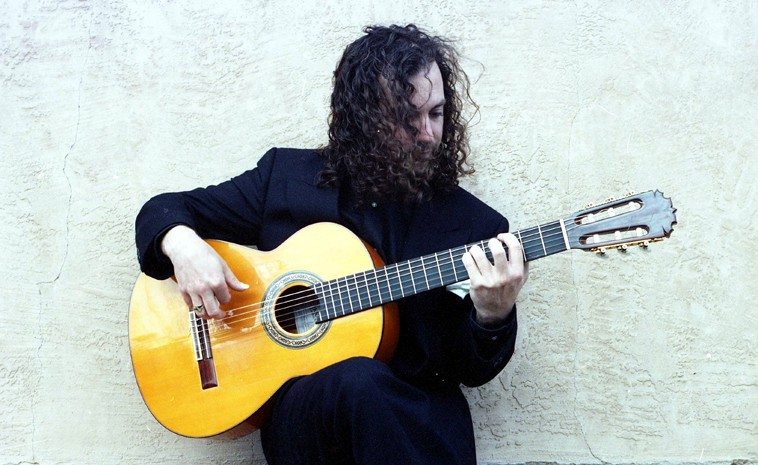 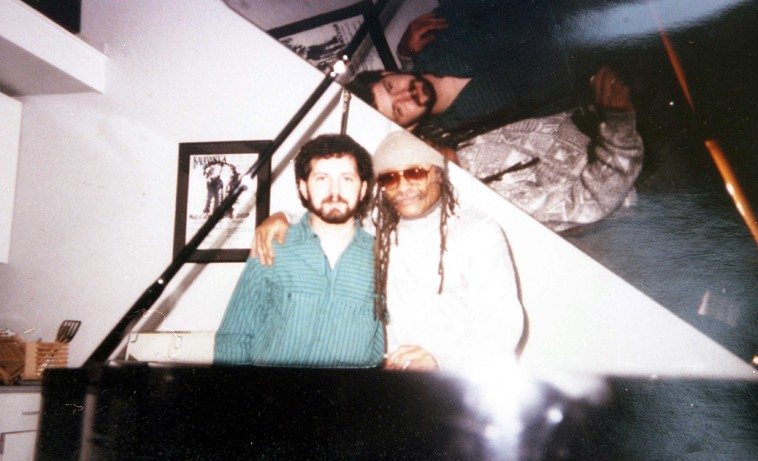 Stefan Dill & Cecil Taylor — Spring 1991, Boston, when Stefan was a student at New England Conservatory — this photo in the apartment of photographer Masashi Harada — Cecil has been a life-long influence on Stefan — I made this copy by re-photographing the snapshot that was mounted on Stefan & Micki’s refrigerator — Mark Weber 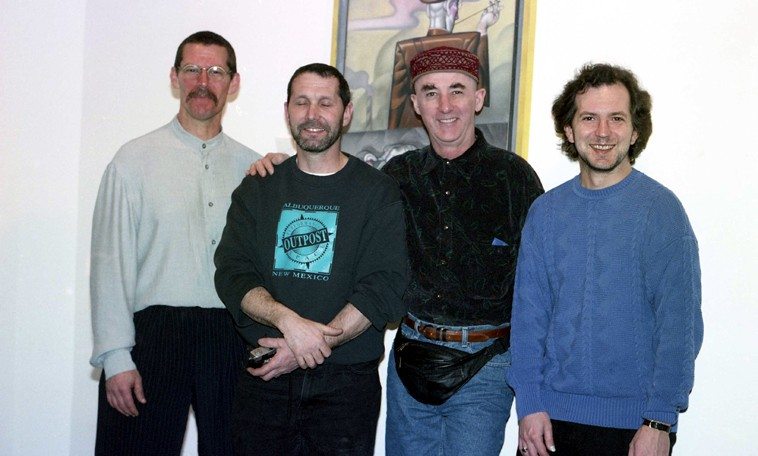