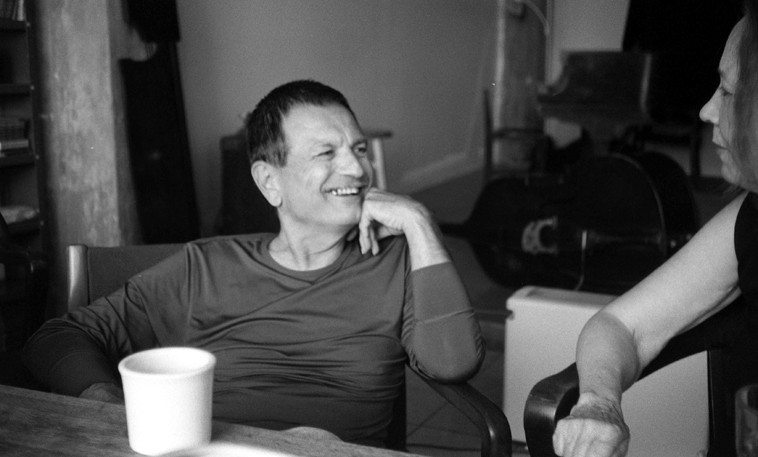 It’s something beyond mere telepathy or a mind meld — this sound that the piano and drummer have going — your mind is immediately drawn to this mystery — at times they coalesce into two inter-related jackhammers, the pulsation similar to standing near a punch press in a steel factory, they are welded together in a fission of sparks and neutrons scattering, quantum tunneling, charged in mercury and gravitational pull. 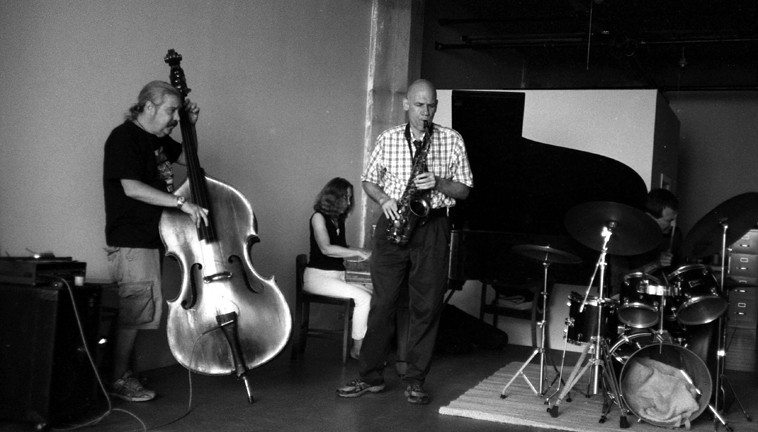 Your memory searches the histories — this piano-drum thing has happen’d before with Jo Jones & Count Basie, and Big Sid Catlett & Mel Powell, and Jess Stacy with any of all the great drummers he worked with: Gene Krupa, Ray Bauduc, Nick Fatool, Big Sid, Davey Tough. And Earl Hines and Big Sid. It was a boon that I profited greatly therefrom when I caught the Cecil Taylor Trio churning hermetic alchemy (October 1974 Keystone Korner) and to witness the paranormal activity between Cecil and Cyrille who were as one. (Jimmy Lyons notwithstanding at his most stellar.)

But, Connie Crothers and Roger Mancuso have something else going on, a whole other development, absolutely remarkable. Call it chemistry, dynamics, or magic, it is staggering to be within its midst. 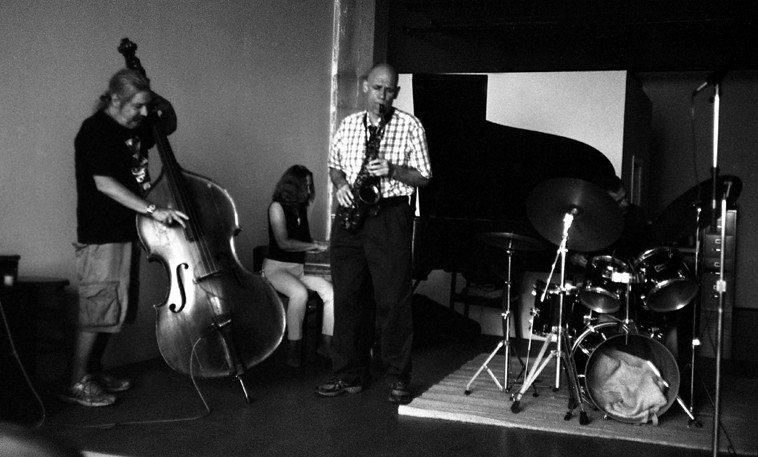 And as I’ve thought about it — especially in regard to this session August 24th — it occurs to me that the bass and alto were absolutely essential — that CC and Roger would have sounded and played differently if they were only in duet — but, with Ed holding down the count and the harmony and the pulse, and Richard soaring and surrendering to the moment, the thing that CC and Roger do was in full majesty, just astounding.

These are not mere spur-of-the-moment observations, I have been invited to Connie’s sessions since around 2001 and had stumbled upon her first album PERCEPTION when it was the only thing available on the Coast at that time (1976 re-issue on Inner City)(Roger is on this record). I am fortunate that my wife’s sisters live on Manhattan, as well as maintain a little cottage out in Water Mill, Long Island, that we visit every year. So, I am able to hang with Connie and her quartet. Her regular bassist, Ken Filiano, was out on the road and couldn’t make this session. Ed Schuller has played with Connie many times. It seems nobody turns down a chance to jump into Connie’s cauldron.

So, on this day I catch this luxury bus in common use between NYC and Long Island known as the Hampton Jitney. Easy ride with big windows. Those buses purr. Two hour ride. We entered the Midtown Tunnel at 9:10am and pulled into midtown Manhattan only minutes after that guy had gunned down a fellow working stiff near the Empire State Building (34th Street & Fifth Avenue) — so, there were traffic jams. I walked across 39th then down to 38th or 37th making my way across town to Fred Cohen’s Jazz Record Center on the West Side wondering the whole time why helicopters were hovering overhead. I just figured this was New York normal. A lot of commotion. It wasn’t until I got to Fred’s on 26th & Eighth Avenue that I was appraised of the news.

I spend a lot of dough in Fred’s on my annual sortees. And Fred is a fount of jazz knowledge so we have a good visit. From there I jump up to Richard’s 40 blocks north on the 1 Train and we catch lunch before wending our way over to Connie’s.

Connie keeps a drum set in her studio for Roger. Roger brings the train up from the Jersey Shore where he has lived his entire life painting abstracts and watching the Atlantic. Bass players for the most part keep cars. Ed arrived via car from his home in Fort Green neighborhood of Brooklyn. Since my last visit Connie has framed the LP cover of that old Boris Rose release Charlie the Bird Parker & Lennie Tristano (Bombasi 11:235) with wonderful uncredited line drawing of Bird and Lennie. I give Ed an aircheck of my recent radio interview with Buell Neidlinger and he says that when he was growing up in Boston that Buell had a great rock band called Looney Tunes that he loved. That Buell is the only guy he knows who would gamble strapping a bass to his back and travel on a motorcycle. We talked about how neither of us has managed to finish reading his father’s new memoir, it’s so huge, but a wonder of wonders. Ed says it only goes up to 1962 ! And that he’s writing volume 2. 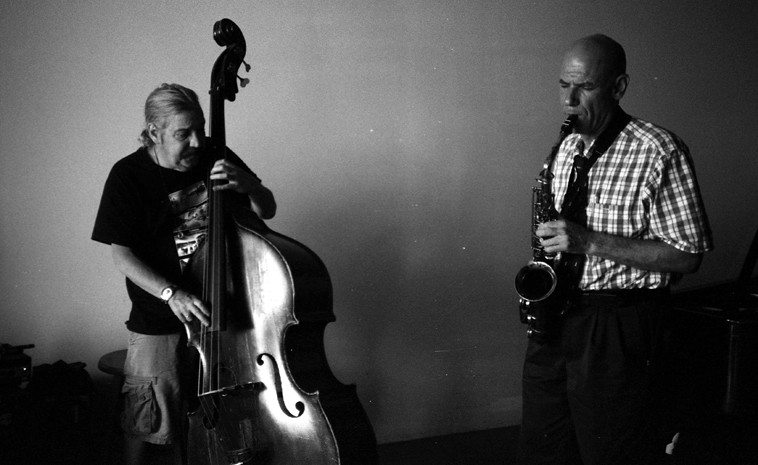 First tune that afternoon was Richard’s “Linearity,” a staple of the quartet’s. Next tune was “Ontology” and I read my text, etched in stone. After that, I suggested “Out of Nowhere” and when CC asked Ed if he was good on that he said, “I wrote that song.” So, they played it and I read a poem in manuscript about August (that later appeared in my collection CENTRIFUGAL) and for the out-chorus, after the solos, Connie nodded at me to come back in — well, I was out of poem, it’s a short poem — So, for kicks I sang the poem on the head, to cheers all around. A valiant try. Silently reminding myself to leave that best to Andrea Wolper and Sheila Jordan. Although, I doubt they mind I trespass on their terrain. Then, we did a free improvisation where I read a long list of words — disassociated words. Came out very nice. We decided to keep it in the repertoire. Ending out the session with Connie’s line on “You’d Be So Nice to Come Home To,” we know as “Bird’s Word.” 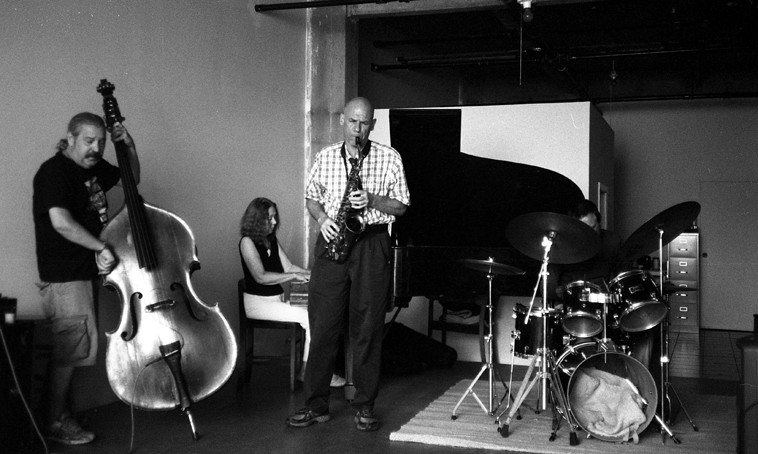 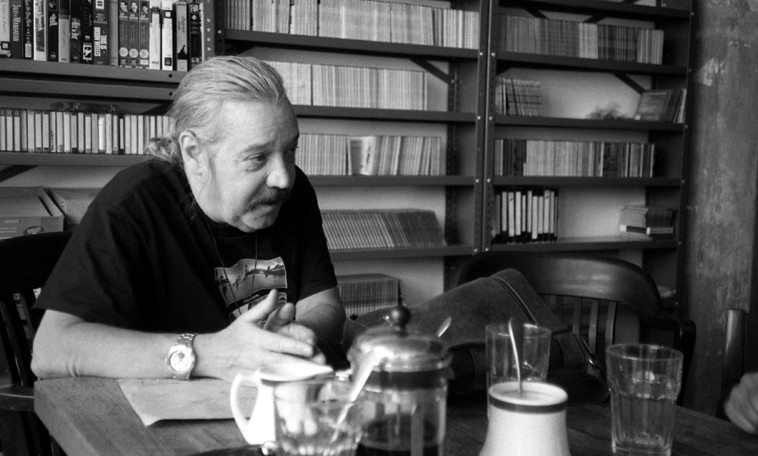 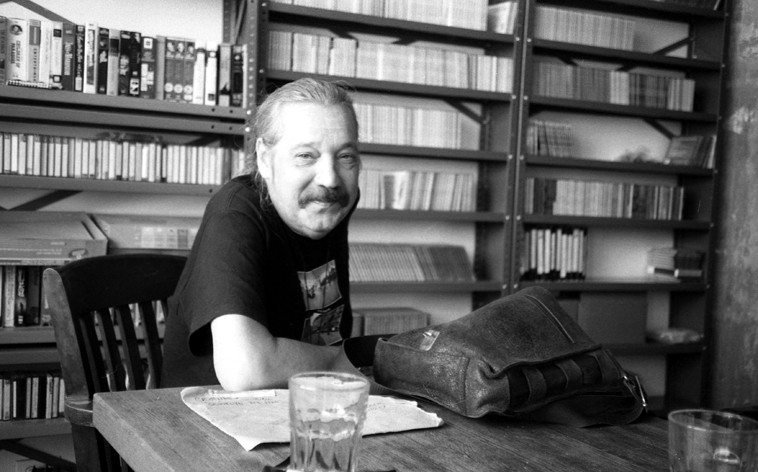 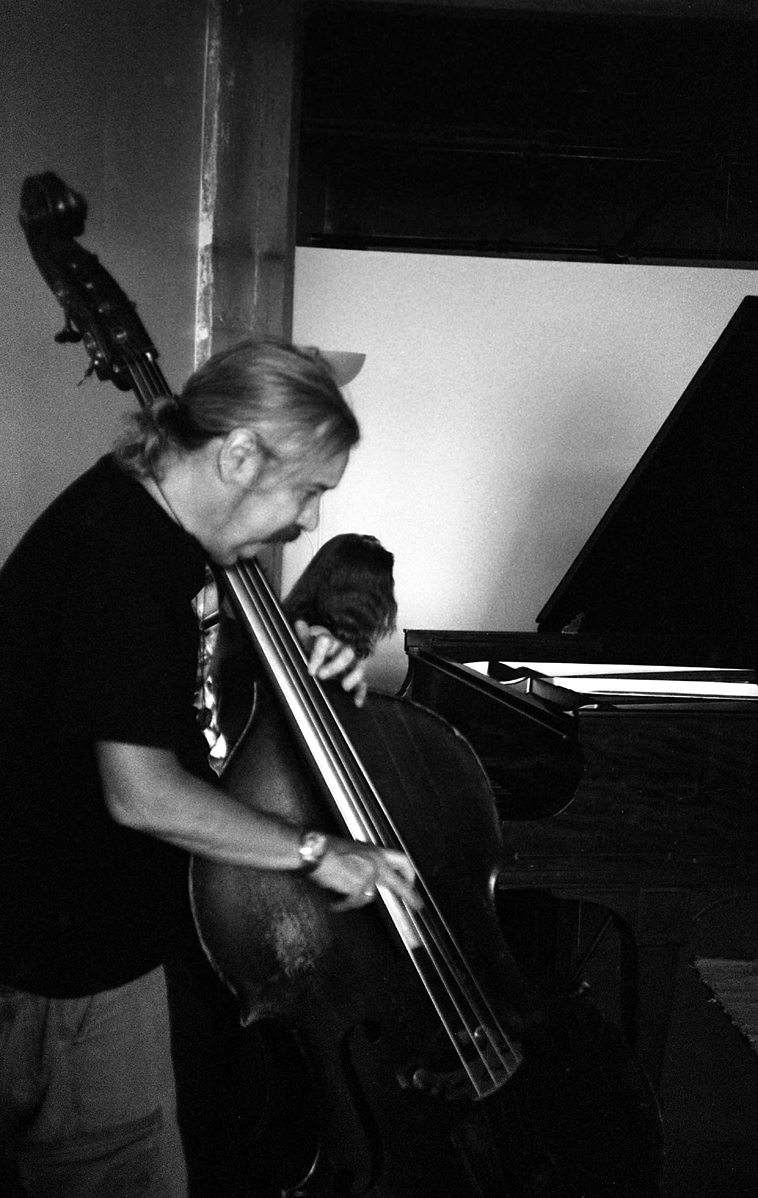 I asked a couple of my advisors about the piano-drum thing.

I asked Dan Morgenstern, mentioning those listed in the second paragraph (above):

Dear Mark,
Been on a 11-day trip to Europe with my sons, not back long enough to be un-jetlagged, but will try: Big Sid C. also great with Teddy Wilson–as with anyone, just to me greatest drummer ever! And Krupa with Teddy in Goodman Trio as well as with Stacy, who also had a special vibe with George Wettling, duo and trio… Max with Bud Powell, of course, and Art B with Monk… And as first in a trio setting, Baby Dodds with Jelly Roll M. Must, also: Jo Jones and Basie! (Had nice long chat with Connie 9/14 after service for Donald Maggin, who got to know her via his Max bio, unfinished, alas, but almost done–I guess you know this from her, but encounter was overdue reminder of what a sweetie she is!
All best,
Dan
(Email 16nov2o12) 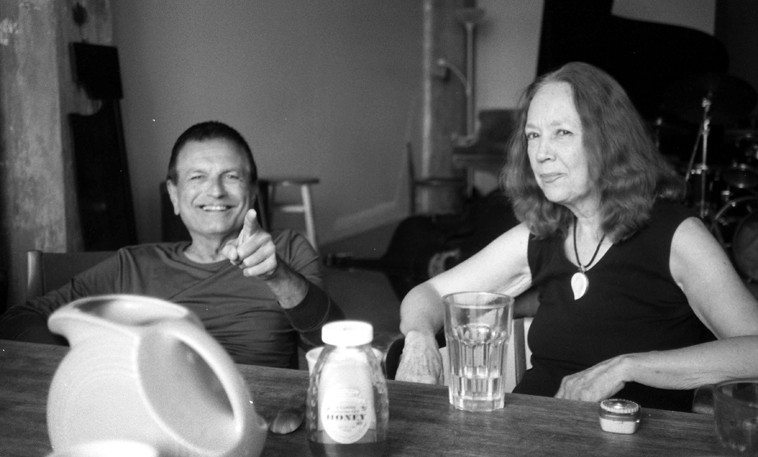 I asked Cal Haines, a drummer out of Santa Fe these days. I have a fairly large list of favorite drummers — we seem to be living in a time with a LOT of great drummers — but, Cal is near the top of the list. Here’s his response to my query about piano-drum connections: 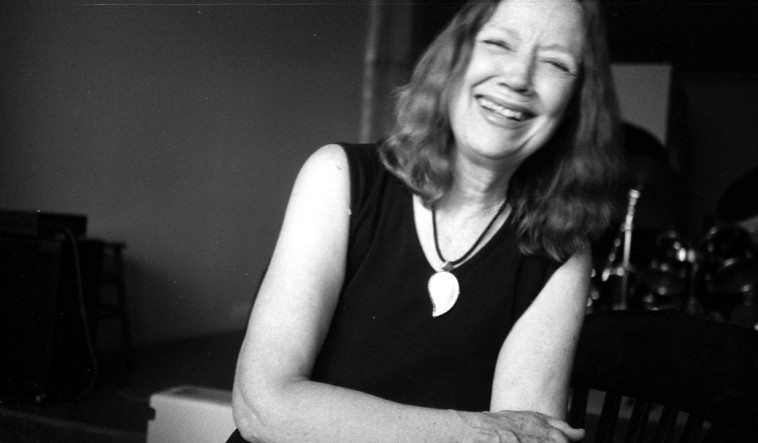 As well I asked Connie and Richard to explain a common term they use:

Stretch has more than one meaning, but the double meaning converges.
1. Procedural: Given a premise–the melody of a tune, for example, we don’t invent or use material or think our way through our solos–the music stretches from the melody. We open up and let it happen, rather than getting it to happen. A free stretch is similar, just no given melody. The music stretches from a note or from notes in a chord when I improvise free .
2. Conceptual: Stretch also means there are no boundaries. The premise is feeling. There are parameters–such as the note, the lyrical melody, the phrase, the pulsation, the sense of moving and resolving harmony, the sound–but the music can stretch any way and anywhere. If you’re open, the music will stretch your musical imagination and exceed your physical capacity. Also, stretch, the word, can be a metaphor for being physically loose and open.
(Email with CC — 12nov2o12 ) 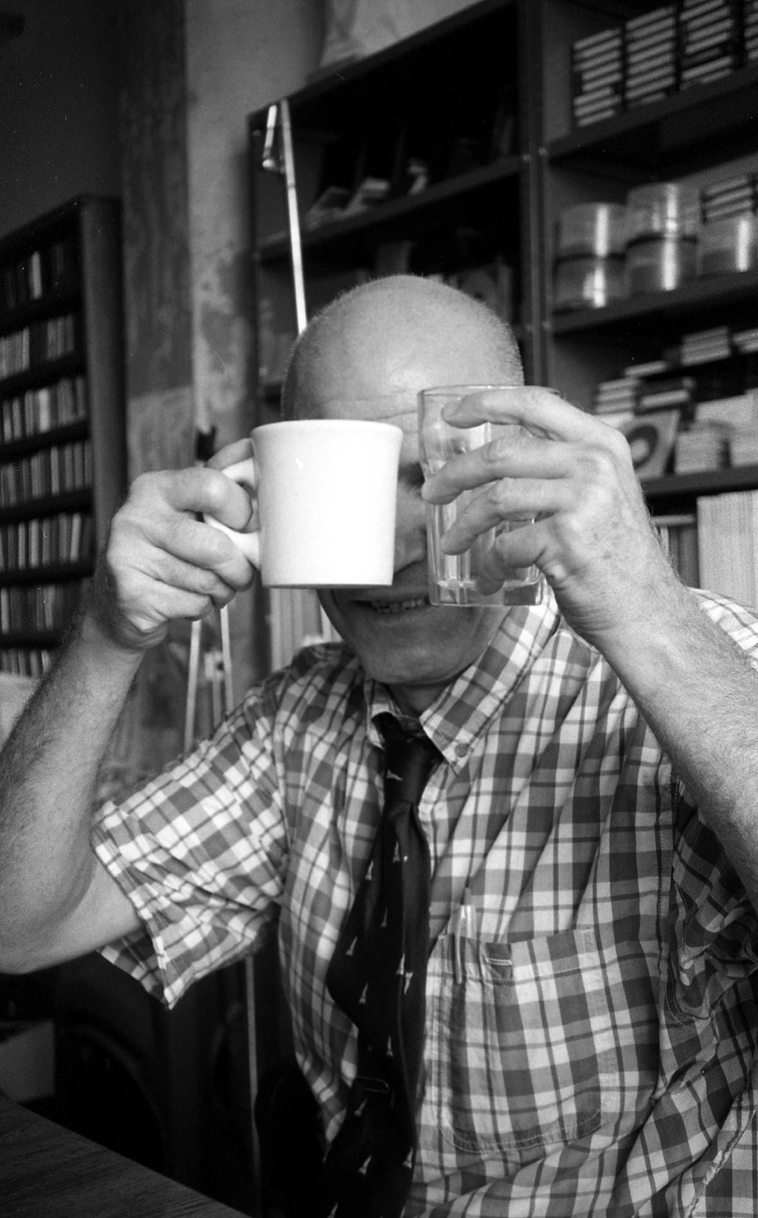 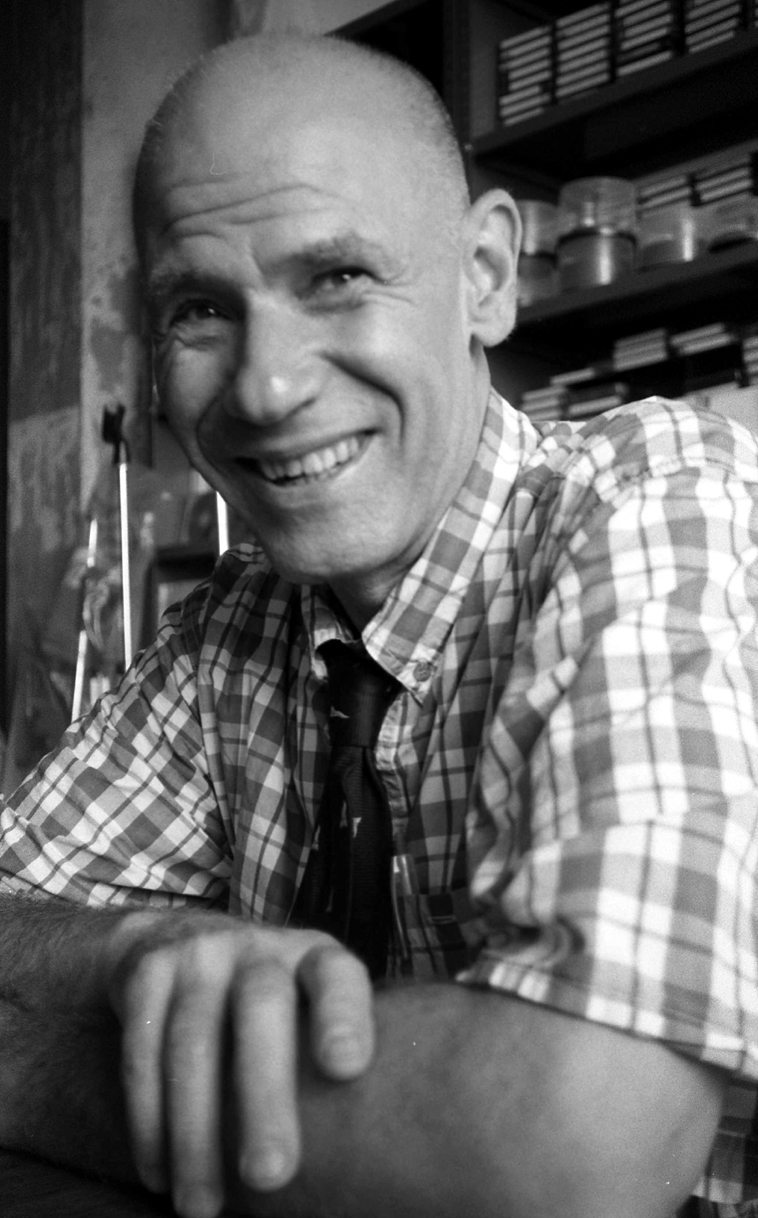 “stretch”
a. an improvised musical adventure, e.g. “she really stretched out” or
“that was a hip stretch”
(Email from RT — 12nov2o12) 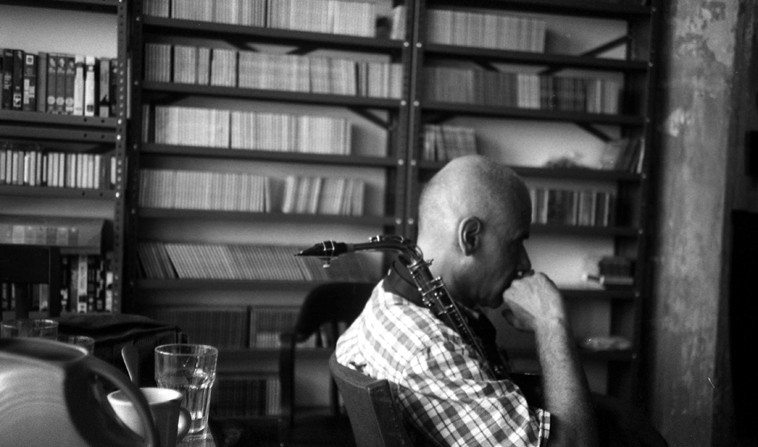 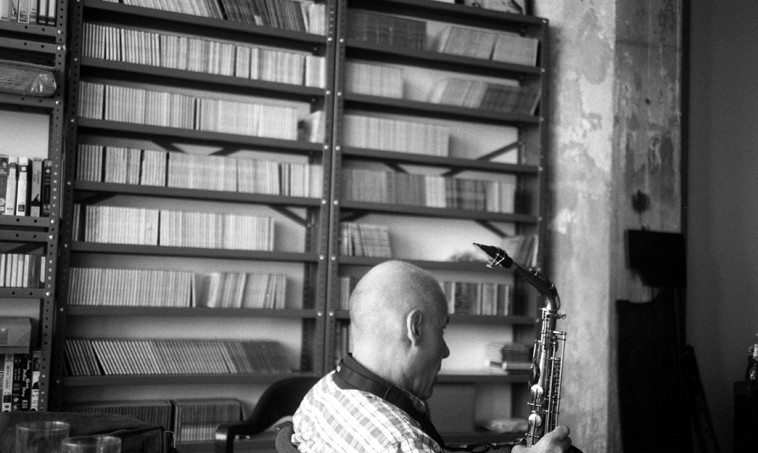 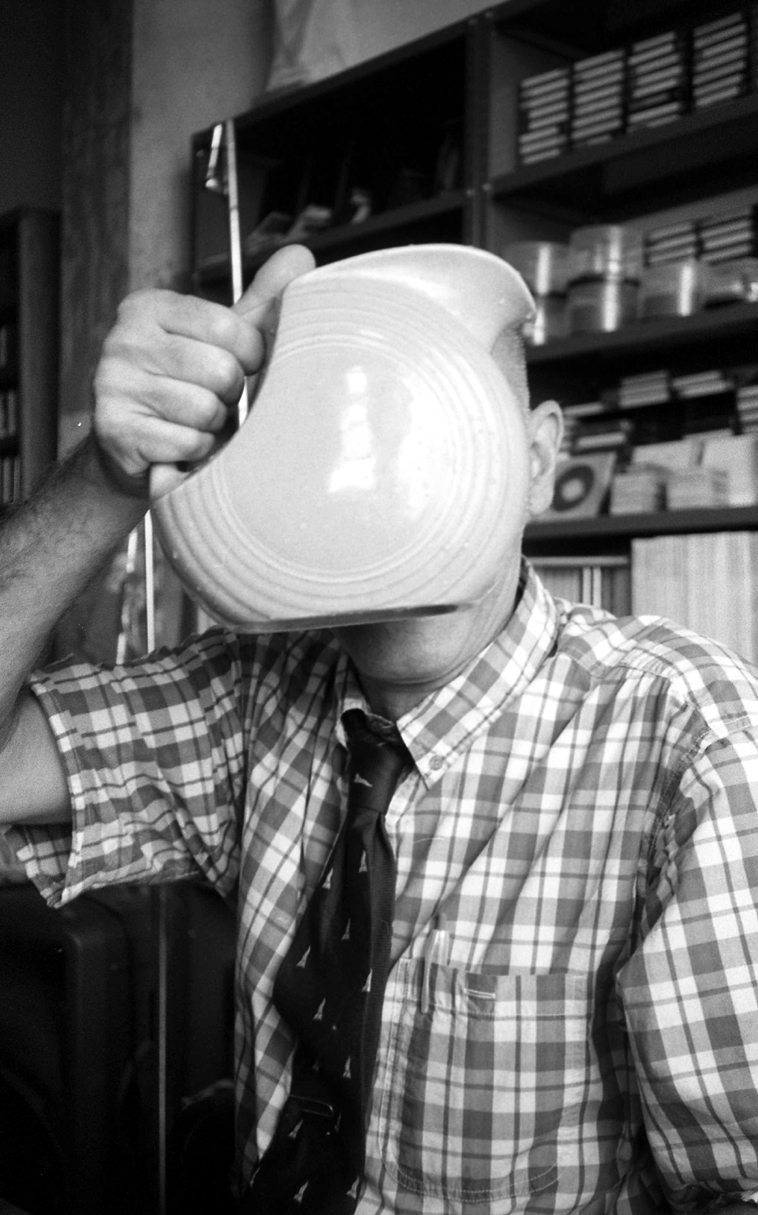 was a time
Roger & I
bumping along aboard a city bus
over potholes and glass fractured
rimshots, crows scattering against
the afternoon sky
Roger talking about what
great drummer Shelly Manne
was 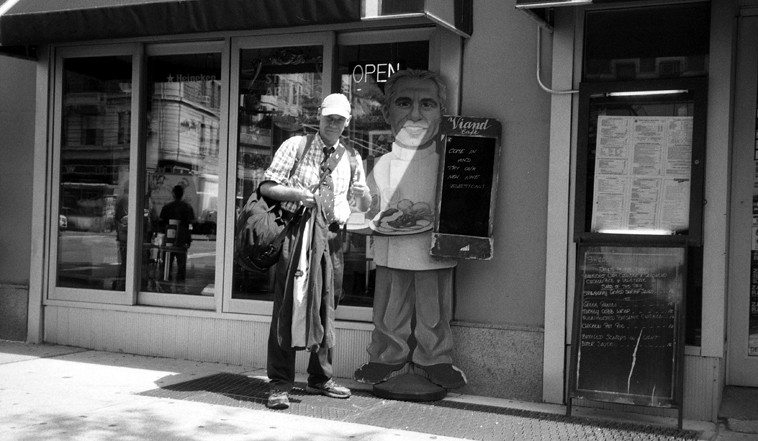 Richard Tabnik — Cafe Viand, Broadway at 75th Street — RT and I had lunch there before catching the L train over to Connie’s in Williamsburg — August 24, 2o12 — he had vegetable soup and a green salad, I had chicken panini, actually it was served as 3 panini, soup, salad, potatoes, and I couldn’t eat all that and had to wrap the other two panini and had one of them for dinner that night on the ride back to Water Mill on the Hampton Jitney 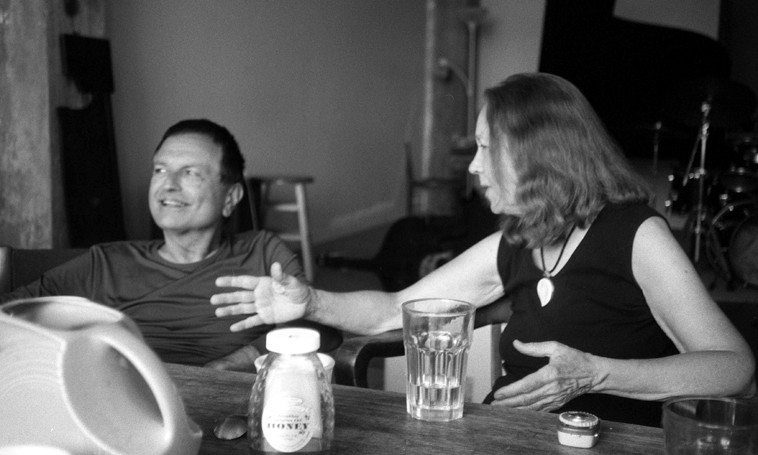 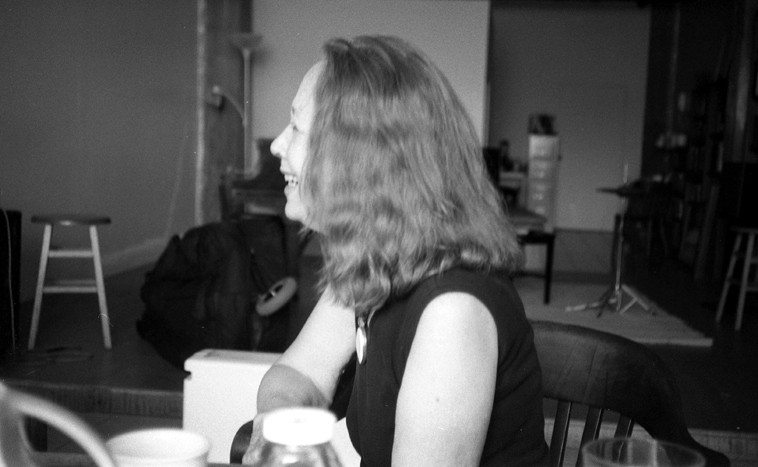 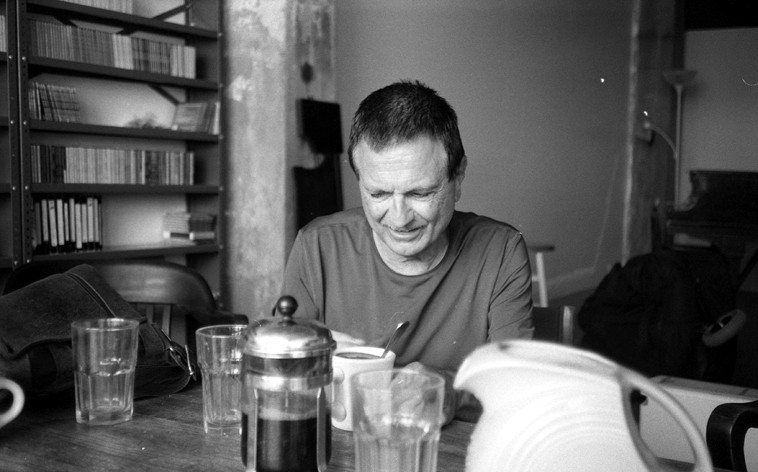 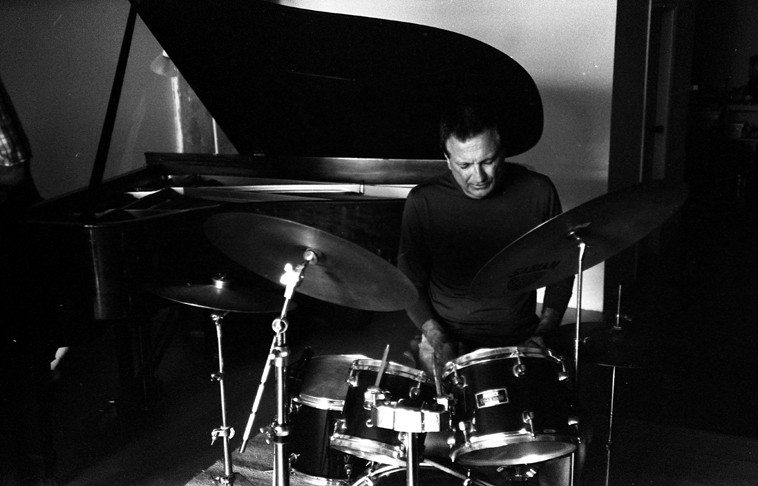 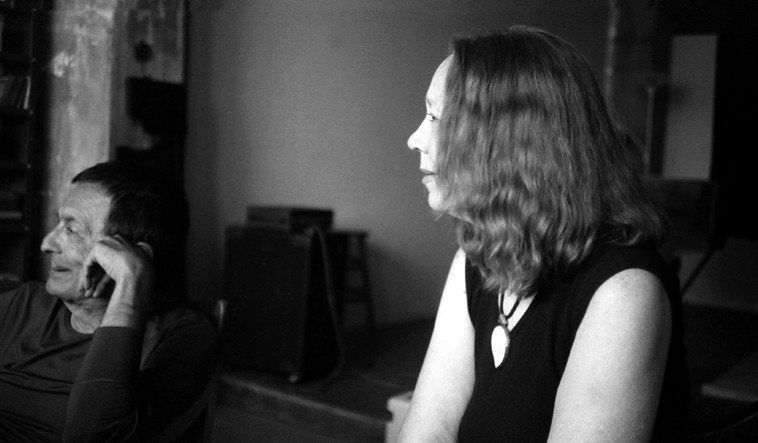 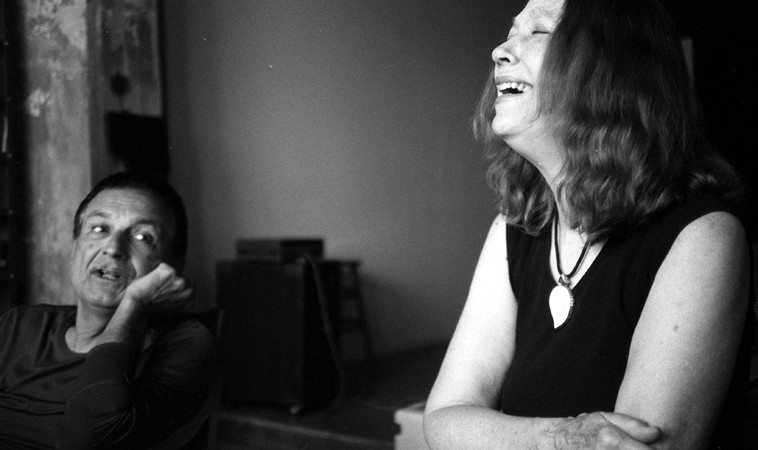 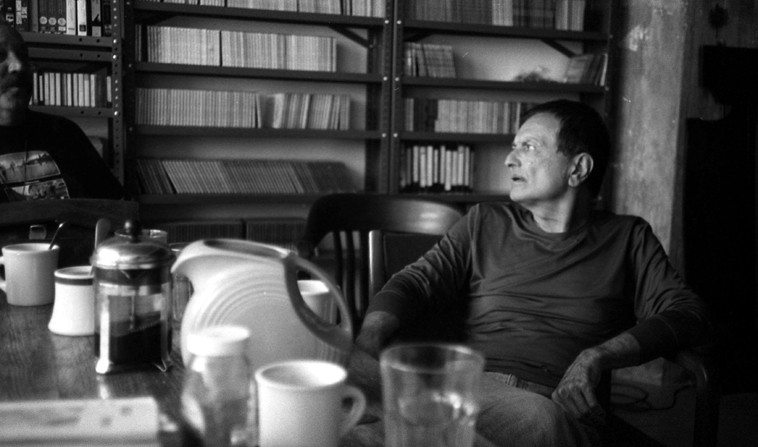 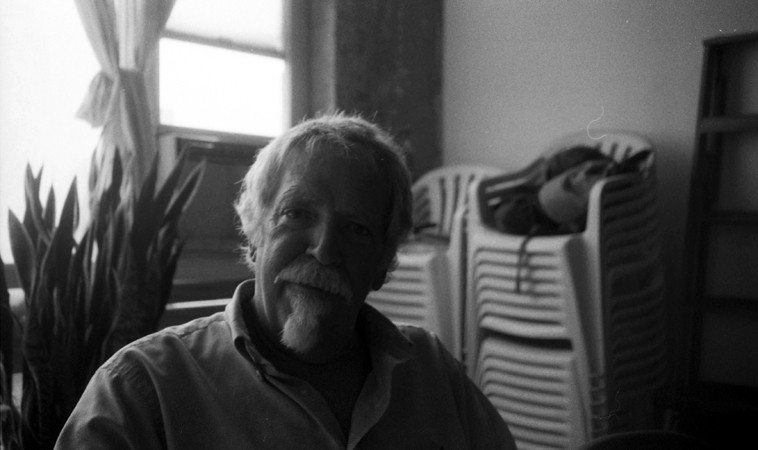 Connie snapped this one of me using my Olympus 35RC rangefinder (35mm film camera) — August 24, 2o12 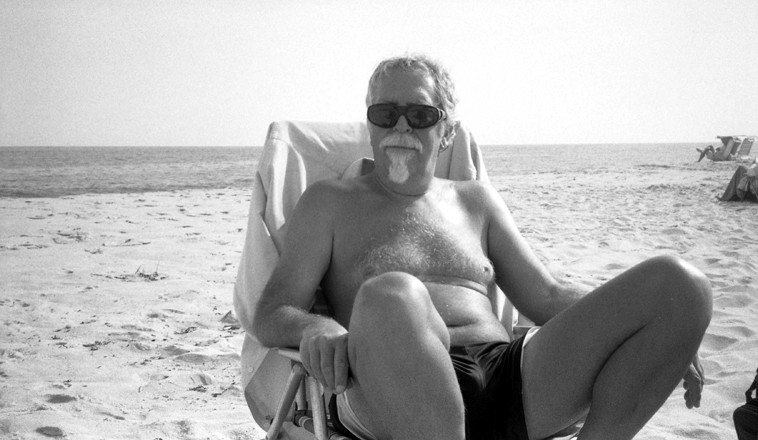 Me resting up for the session with Connie — August 23, 2012 — photo by Janet — Flying Point Beach, Southampton, Long Island, New York 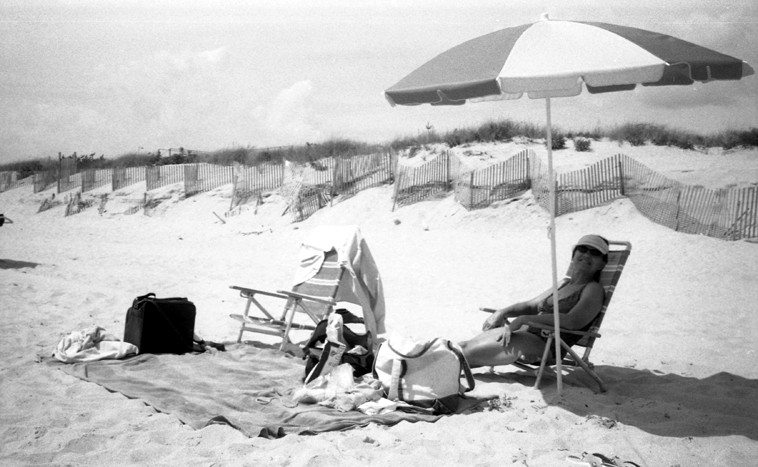 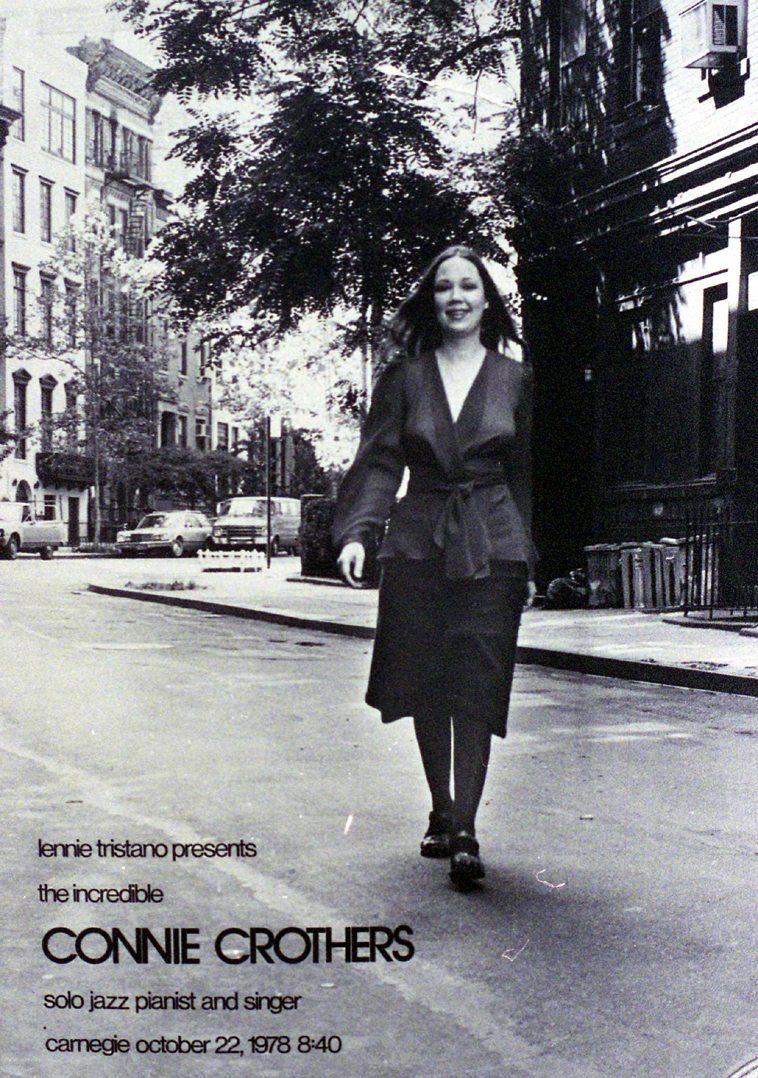 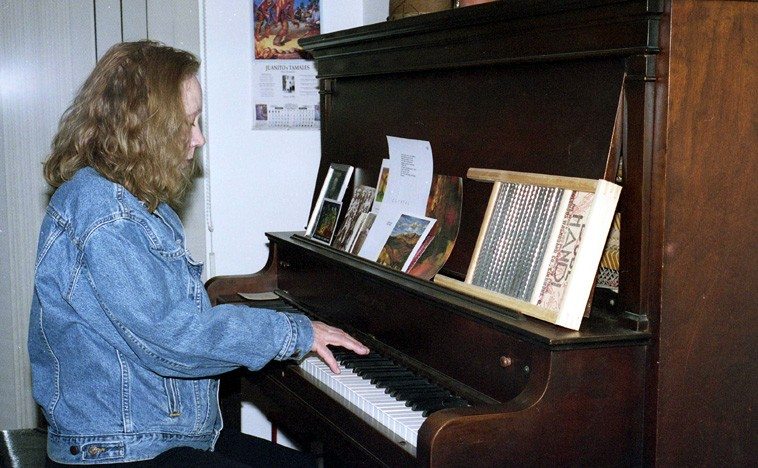