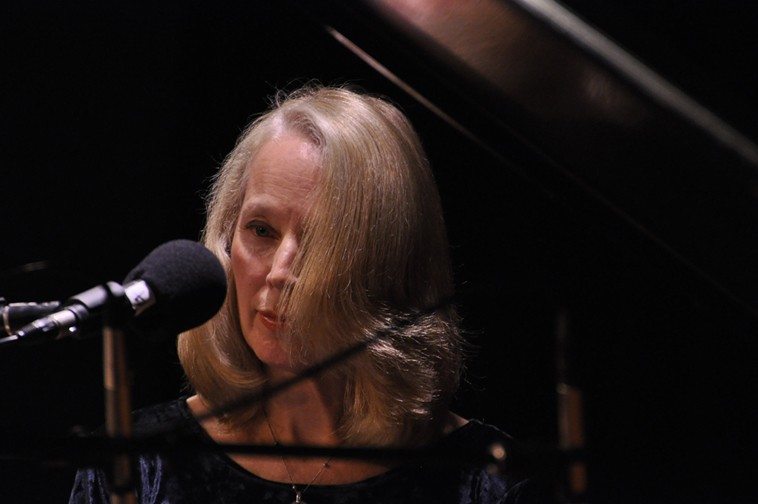 One of my favorite daydreams is of a jet airliner flying through the night with all the passengers sitting in lotus deep in meditation. Can the Buddha have ever imagined such a thing? It has been said that our purpose in this life is to move ourselves closer to the angelic state, to make ourselves ready for transcendence. To be as good a person as you possibly can in all ways.

This poem sequence begins in the quotidian and moves to the ineffable. From the everyday things to the far out. Here’s what Kazzrie says: “Yes, that’s what I mean, the first two poems are the entranceway — they’re perfect — from the mundane to the mystical — you start with the ordinary — the backyard — nail fungus — and end up in the vast glacial expanse — the whole sequence is a journey — the dive always happens for me after the third poem ——— it’s one of the things I love about the sequence: You’re on land, then suddenly swept into a vast sea ——– how silences are as much a part of it, the words and notes (or passing cars fading into space, or “beep-beeps” from distant stars)”

To see the world in a grain of sand, and to see
heaven in a wild flower, hold infinity in the palm
of your hands, and eternity in an hour
— William Blake

The music for the sequence “Undulations Water & Clouds” was purely free improvised in-the-moment creations as the poems unfolded, in some instances the next poem was foreshadow’d by the music. Kazzrie is quite amazing in that. This was the first set of the concert.

The concert was at the Outpost Performance Space in Albuquerque, New Mexico —- the CD available from > www.newartistsrecords.com 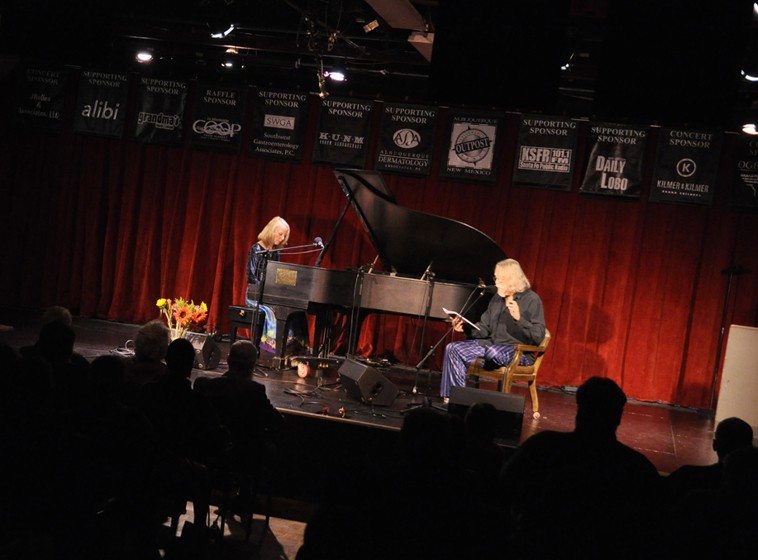 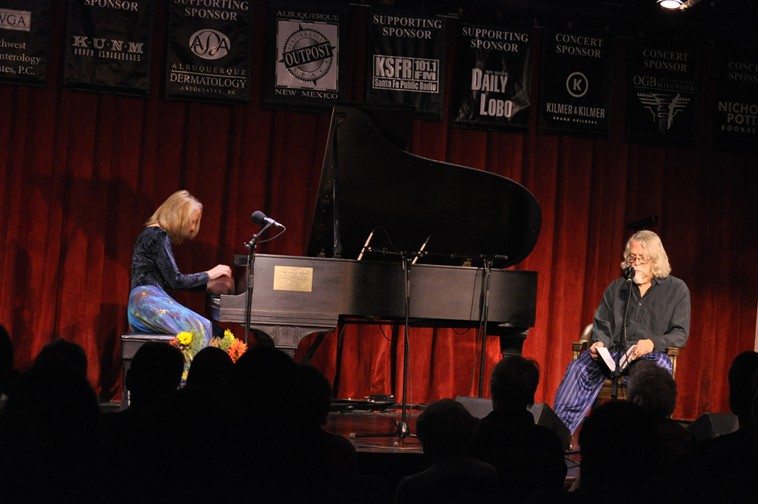 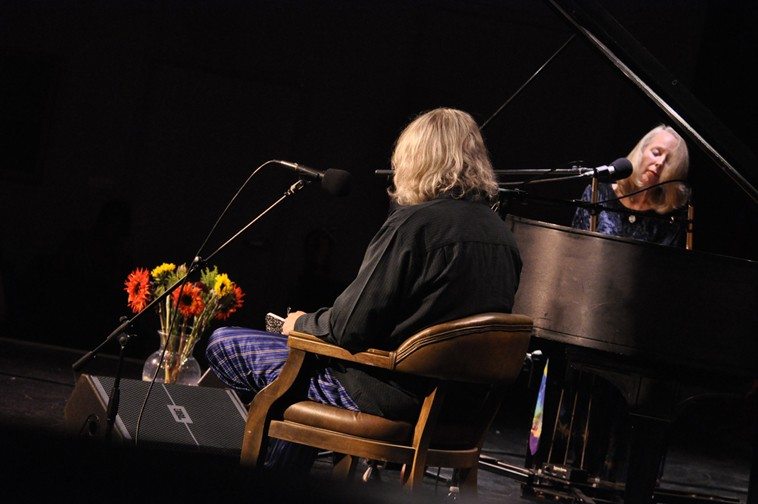 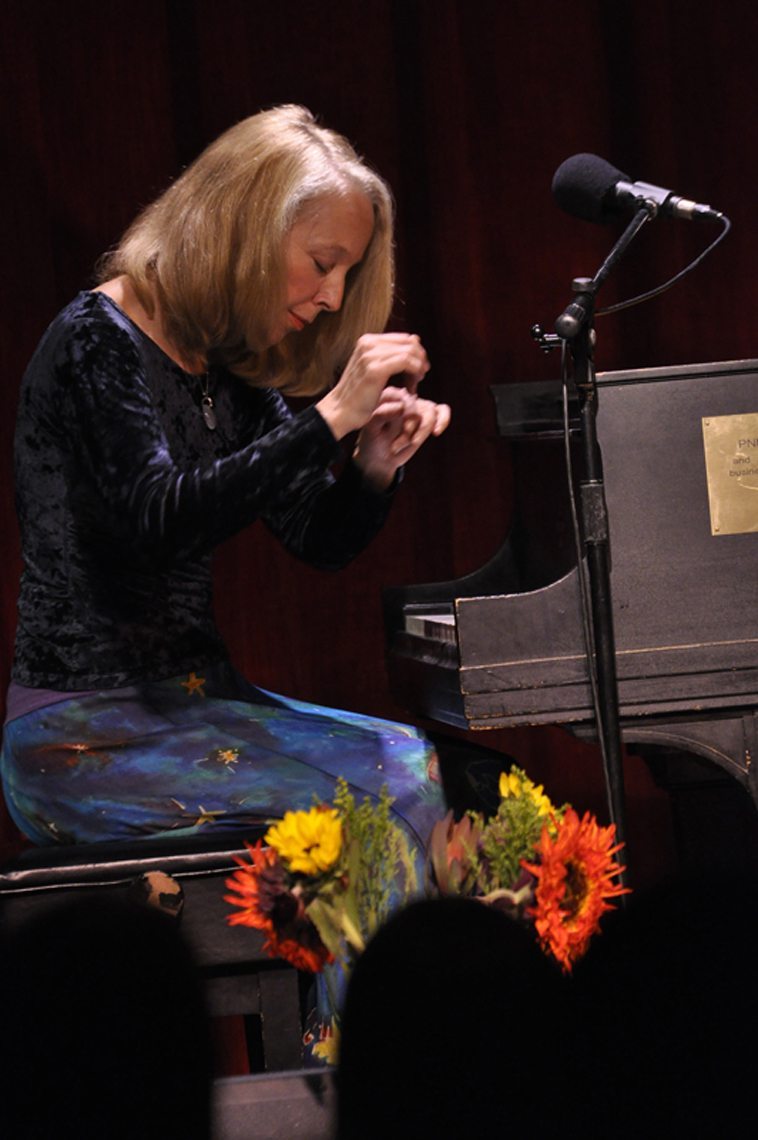 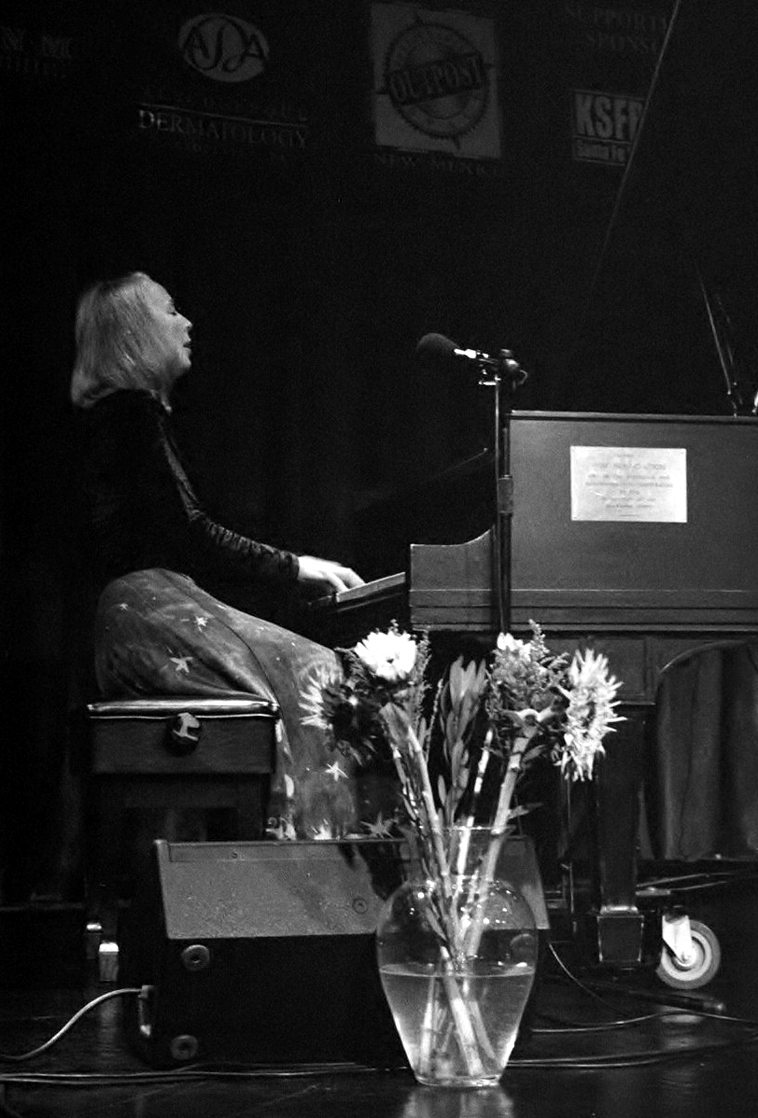 Kazzrie’s ayurvedic dosha is Vata — she says that means she should eat warmed food, not cold. They say I’m a Pitta — photo by David Bach 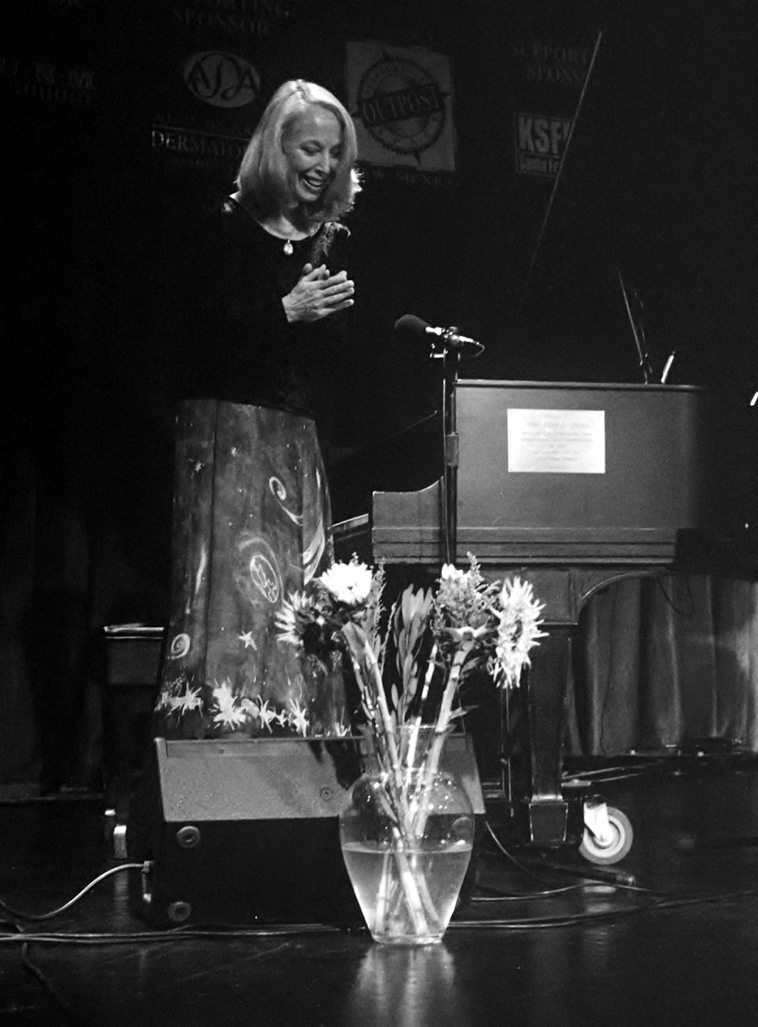 over our tea and coffee
this morning
after I had thrown out the coffee grounds
…………………onto our yard, as is my wont
and after sitting there thinking about it
……………………….for a minute while
Janet finished reading a medical magazine
………essay on onychomycosis (nail fungus)
I said, “I wonder how much those coffee
…………..grounds effect the yard?”
and she said she read somewhere that it was
……………….not good
and I said, “Huh, my intuition is that it
………..would be good, certainly wouldn’t hurt,
that more various ingredients add to the soil”
she said she agreed
then I said, “Well, I could be wrong, in fact,
…..I have probably been more often wrong in
…..life than right,” Ha ha ha

or that nothing makes sense anymore

or, more correctly, as the Buddhists
have pointed out: not so dualistic
as you were once led to believe

ON BREATHING DOWN THE SPINE

the wind is blowing this morning

it will be a windy day in Albuquerque

after a short meditation
Cypresse, our teacher
says to feel the breath
through your body like
the wind through a hollow bamboo cane
to breathe quietly and deeply
and as you do, “you become lighter —
all of this, ” she says
“becomes available to you
as the wind goes through your body”

stretch only mildly, just at the “edge”
as we say — this is not an exertion

Now, mindfully scan the body
see where any muscles might be tense
where your breath might be caught

The Witness could now tell the mind
to release those tensenessments

I am still learning how to breathe

This is called waking the body up

yoga is the pathway to quietude

leave it to yoga
………to direct our attention to merely standing —

standing in mountain on the mountain
standing with the mountain inside of us
opening our mouths in Om the mountain
flies out and is carried by hummingbirds
…………………..to the Rio Grande

Maybe one of the ancient forgotten
and lost gods was Symmetry?

Simply so: we bow to Symmetry

Maybe that saxophone is God?

It is the wind
…………that carries you
sailing through valleys, blowing
……………….across the oceans

We went north that year
following the birds
…………….the burning cloud
across many waters
to the wide summer tundras
we were the only people
……………among the herds
…………antlers, feather & bone
along the edge of ice
………..tall like mountain
no trees up here in this expanse
only the birds
and waterfalls from the sky
these glaciers, crumbling, groaning beast
screaming shocks, fumaroles of snow dust
we are at the end of the earth
the night flutes become our arrows
shot into the beyond
ring of fire stones
another song 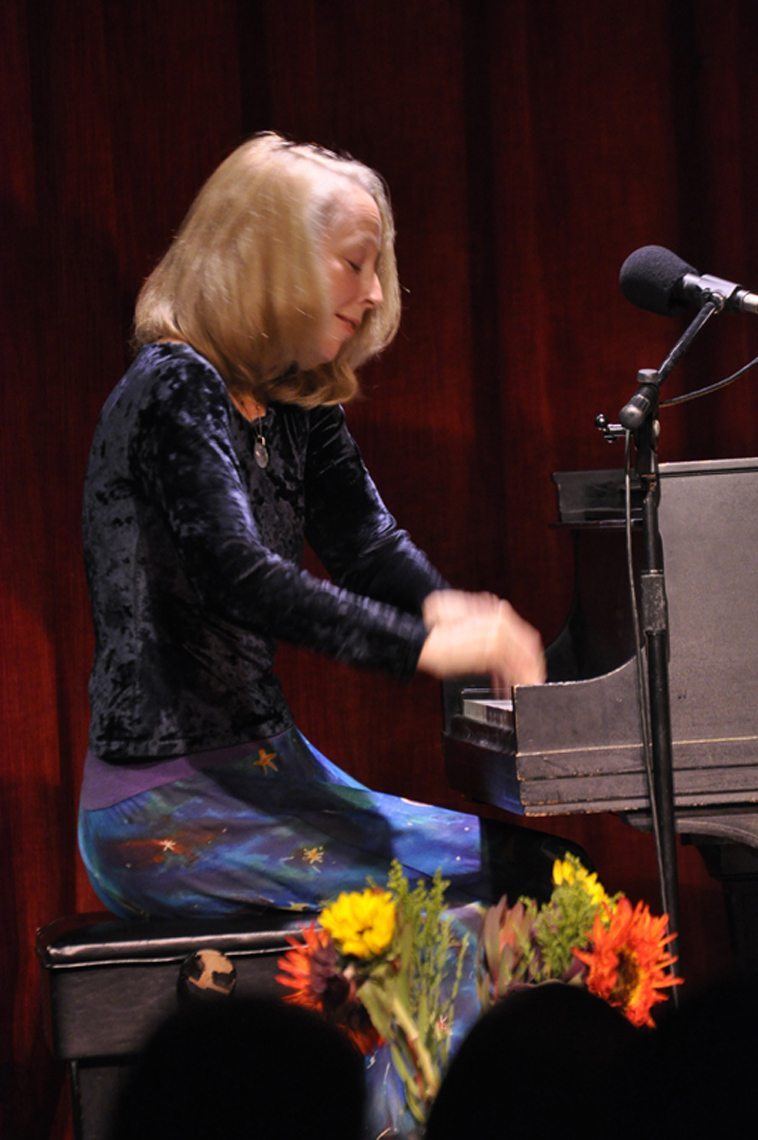 I asked Kazzrie if she considers herself a Taoist. “I don’t really think about it that way — more like a qigong practitioner, a student of Nature — I’m drawn to the early Taoists, the ones who were into nature and cultivating a relationship with the cosmos” — photo by Jim Gale 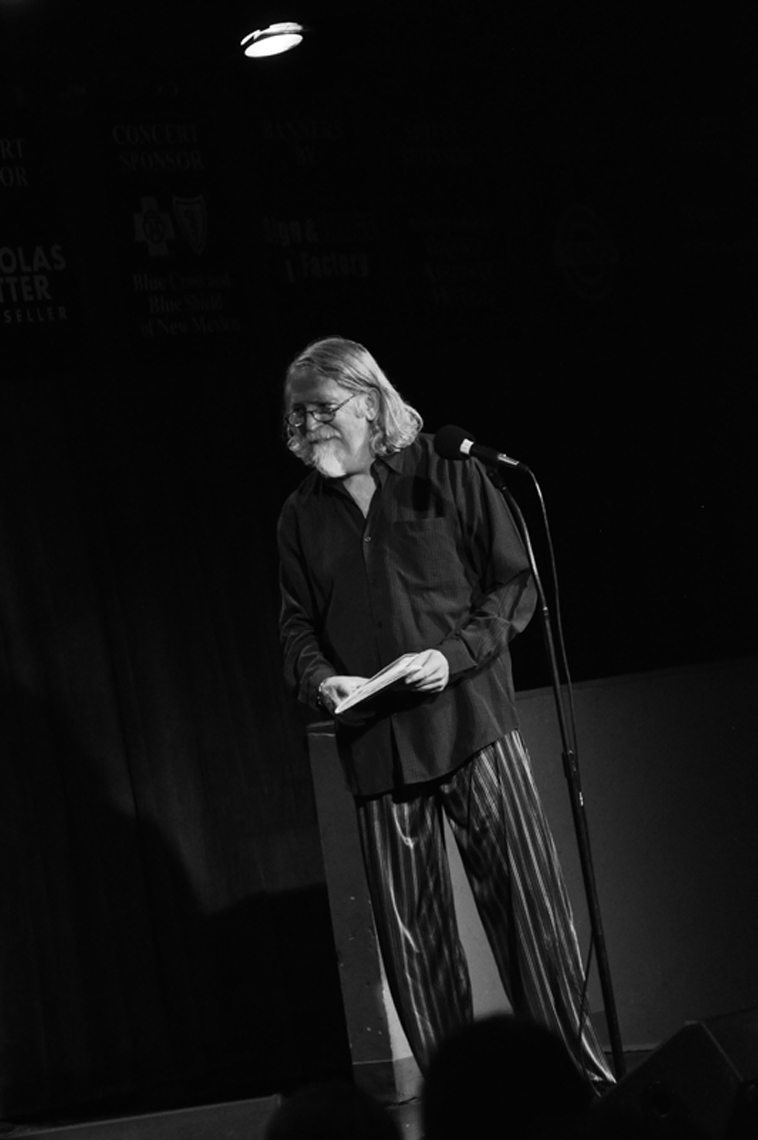 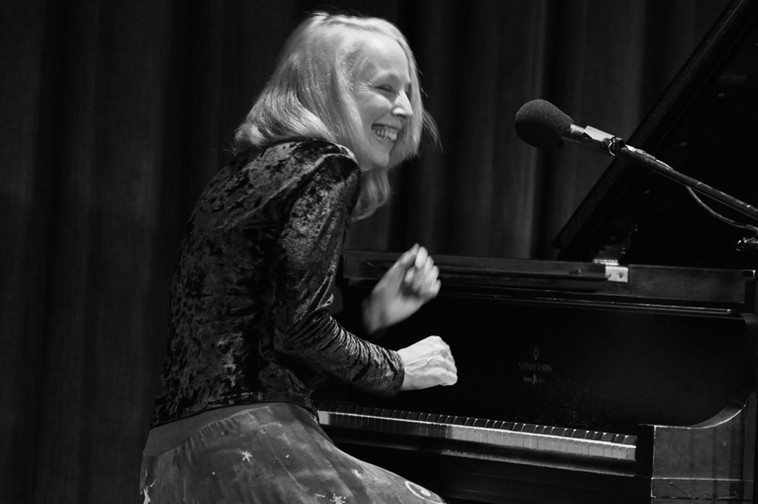 The second set was mostly solo Kazzrie, because I wanted my New Mexico friends to experience her music — these 3 photos by Jim Gale show Kazzrie after she finished playing Charlie Parker’s “Confirmation” in 2nds! 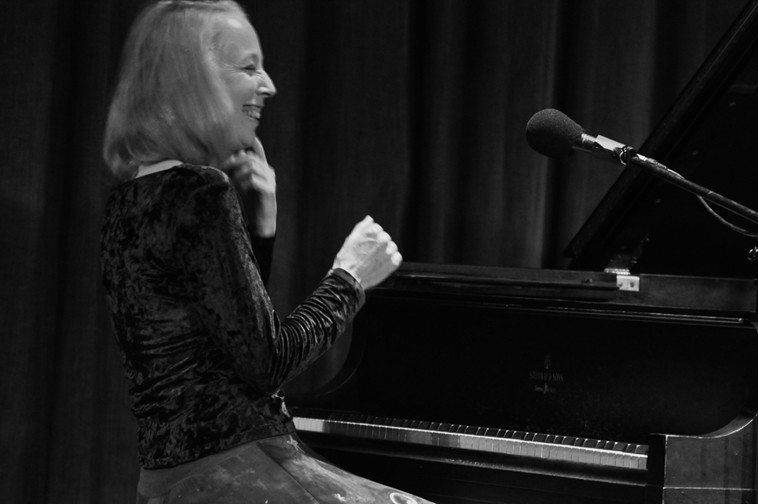 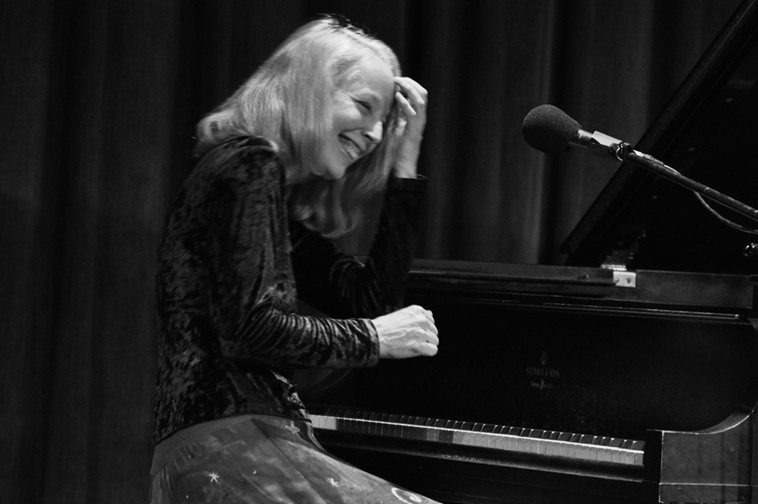 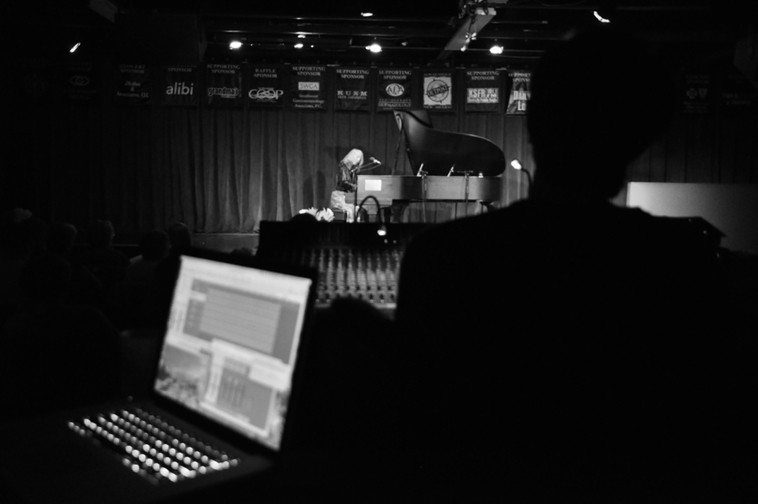 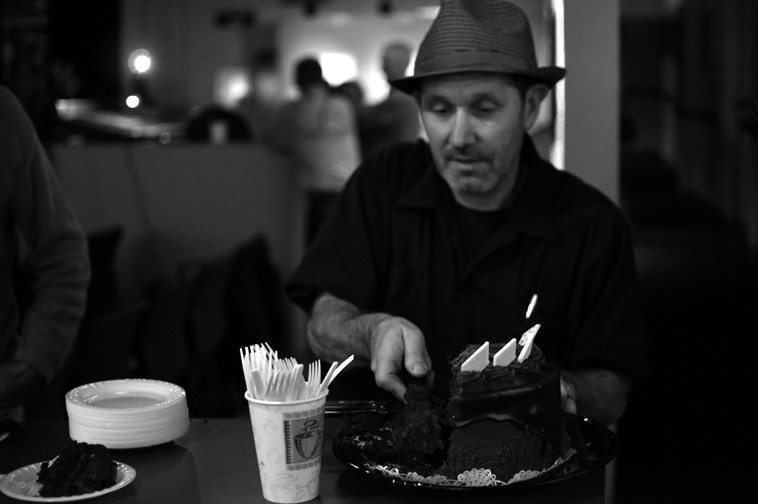 The ever-thoughtful Tom Guralnick, general manager of the Outpost, surprised us with a chocolate cake afterwards — it was Kazzrie’s birthday on October 17th and mine was the 21st — photo by Jim Gale 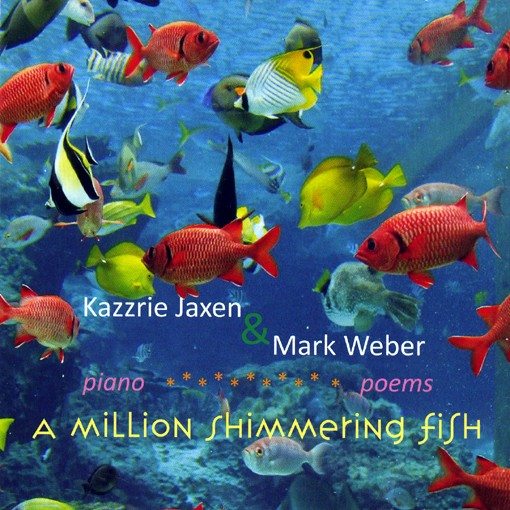 An evolution of gratitude to Mark for the silent spaces between the thoughts, words, and poems from which this concert arose; to Tom Guralnick for planet Outpost, base camp to parallel dimensions; to Janet Simon for divine hospitality and terrestrial support; to the audience of Dreamers who dove into the cosmic womb with us; to Steven Schmidt for discerning notes and words from satelite beeps; to Dana Duke for adding shine; to Jim Gale and JB Bryan for manifesting design; and to the playful Universe, for having that car zoom by after Poem #4, conjuring a rocket ship vanishing into outer space, or a long forgotten inner galaxy… Kazzrie Jaxen

Isn’t it regeneration that surrounds us completely in this life? This evening herein was merely a little speck of the flickering oscillations of on-going regeneration – cycles of life ever-unfolding like looking into a kaleidoscope tumbler or watching mandelbrot fractals uncoiling and gyrating – regeneration, rotation, undulating force field Kazzrie determined to rebirth right before our eyes, apotheosis, (coincidently, we were born only days apart, this night during those natal points) – this concert seems like it was ages ago, ancient, the flow of the cosmos giant roar, we all tumbling in kaleidoscope rejuvenator… Mark Weber 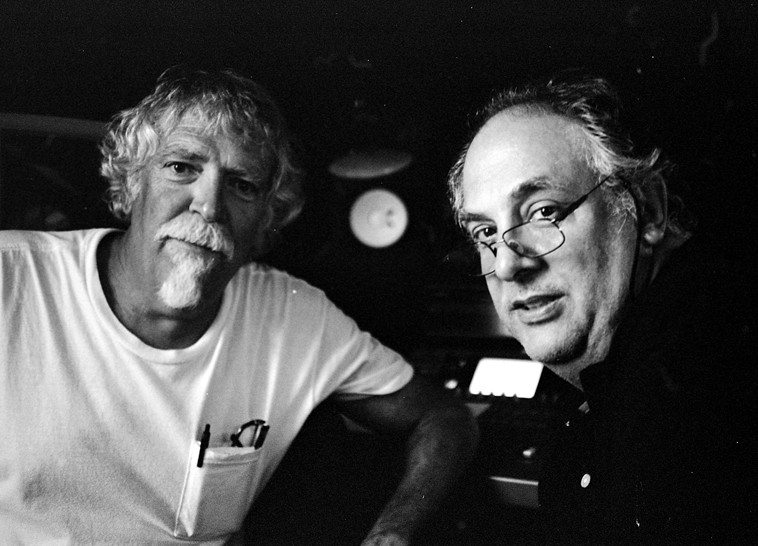 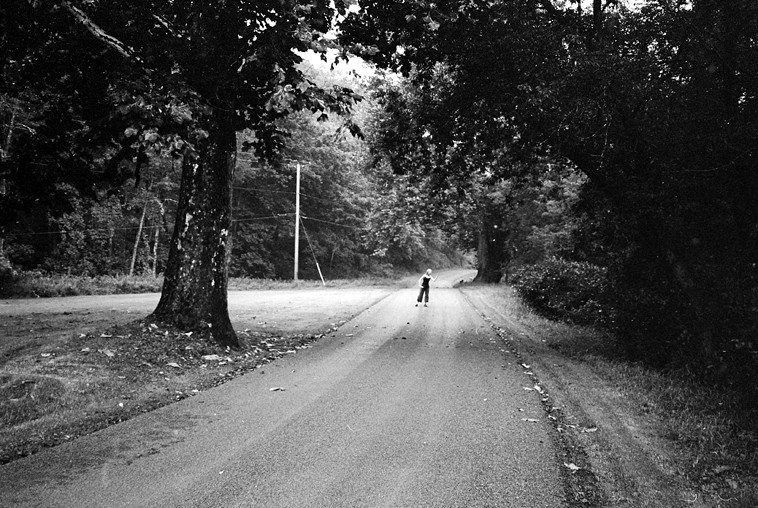 Kazzrie and her magical trees on the road alongside the Delaware River, Callicoon NY — August 7, 2011 — photo by Mark Weber 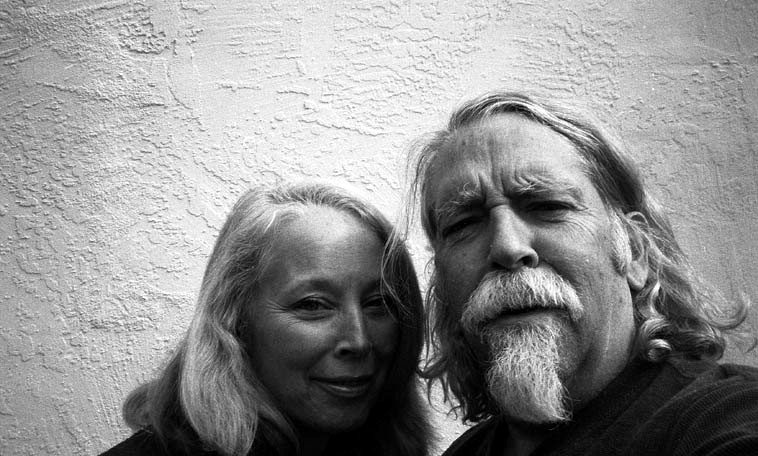 This is what you look like when you hold an Olympus 35RC at arm’s distance and try to take your own picture — this was at Kazzrie’s insistence just before I drove her to airport to fly home to Callicoon — October 22, 2o10 at Studio 725 immediately following our duet session of piano + hubcaps some of which eventually found their way onto my cd Six Times Around The Sun (Zerx o80) 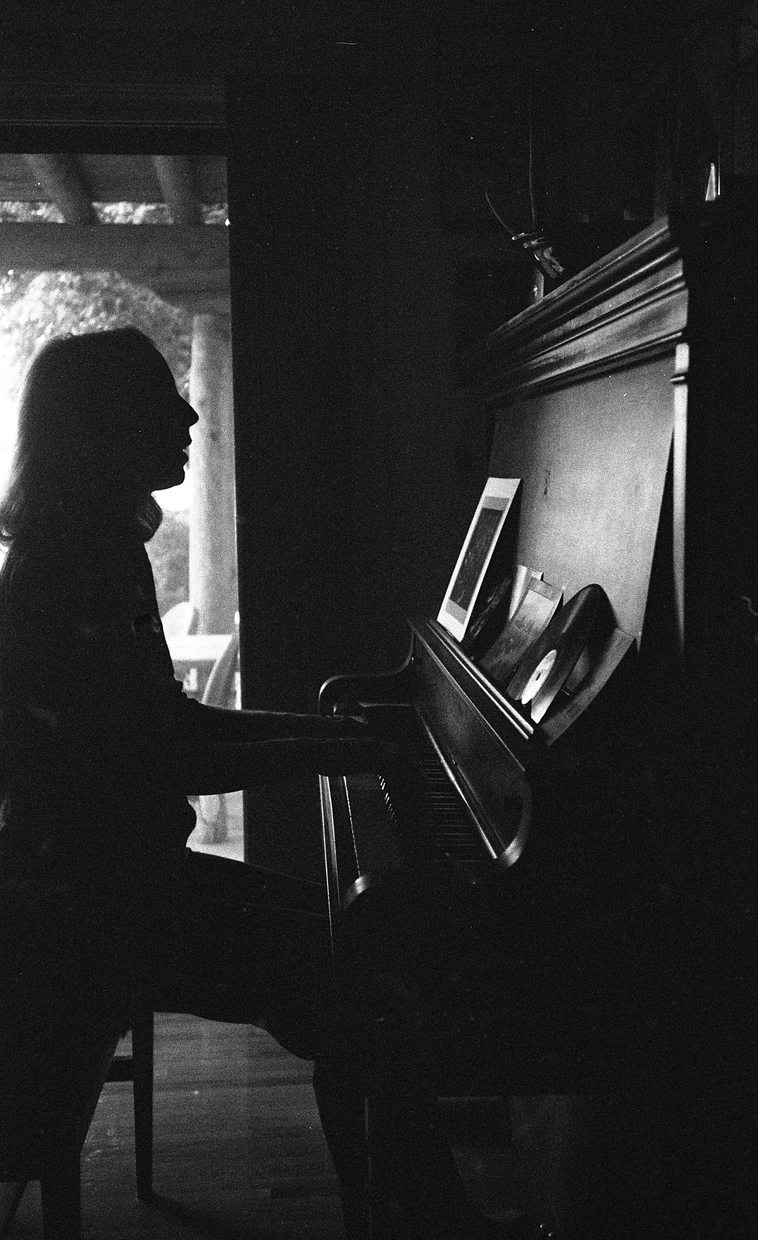 Please Note: More on Kazzrie Jaxen can be found by clicking here…