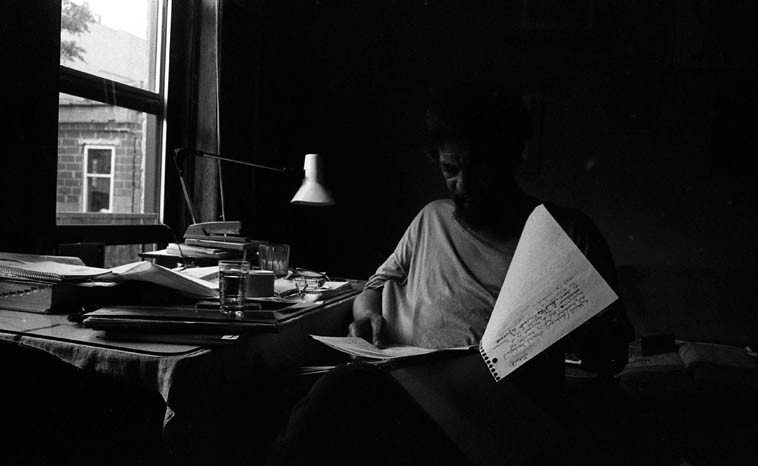 Butch Morris wrote an entirely new chapter in the history of jazz with his conduction system — I remember July of 1993 Bobby Bradford drove out from California and left his car with us here in Albuquerque and caught a train back east to rehearse with David Murray Big Band in which Butch would be giving BB his first taste of how conduction works, BB wasn’t so sure how it was going to go, but when he returned he was sold, said it was quite remarkable and a complete success as a strategy for making music — photo by Mark Weber — July 1, 1997 — Butch’s apartment/studio on the Lower East Side

Butch Morris was quite eloquent and specific about what he needed from his music —- He came up in that modernist age where everything always had to be new, and he had enough perspective to see what parts of “new” were useful and what wasn’t —– He worked hard, the conduction method wasn’t born over-night, it took years to develop —- I was lucky to know him from our California days in the 70s —- and J.A.Deane was a close associate of the maestro and lived here in New Mexico at the time, so a radio show with his perspective was within our grasp —- I had interviewed Butch via telephone already a couple times on this Thursday jazz show, and he even called during this broadcast to say Hi and that he was listening in NYC via the Net —- (J.A. Deane was the production engineer for the 10-CD box set TESTAMENT that covered the first 50 conductions. Dino was a participant in many subsequent conductions with Butch performing all over the world. Dino also explored conduction from behind the podium himself when he launched his own long-standing ensemble Out of Context in 1996.) At the time of this radio show we did not know that Butch’s body had been assailed by cancer, nor did Butch. We were innocent that such dire history lay ahead. (Dino & Colleen relocated to Colorado in June 2o14.) 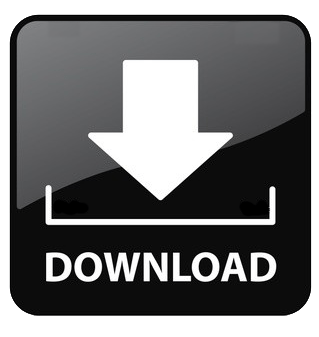 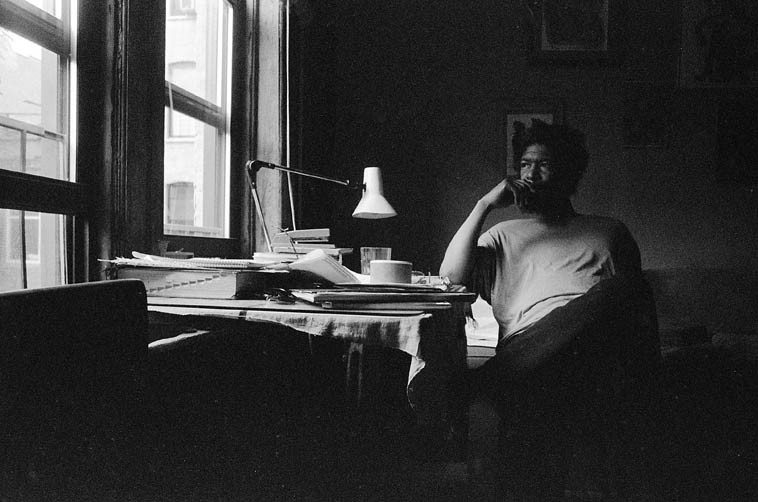 Mid-afternoon of a composer: Butch Morris at his desk — 219 E. 7th Street # 5, Lower East Side NYC — July 1, 1997 —– photo by Mark Weber — we talked all afternoon about music and mostly about conduction and also how he wished he had met Leonard Bernstein 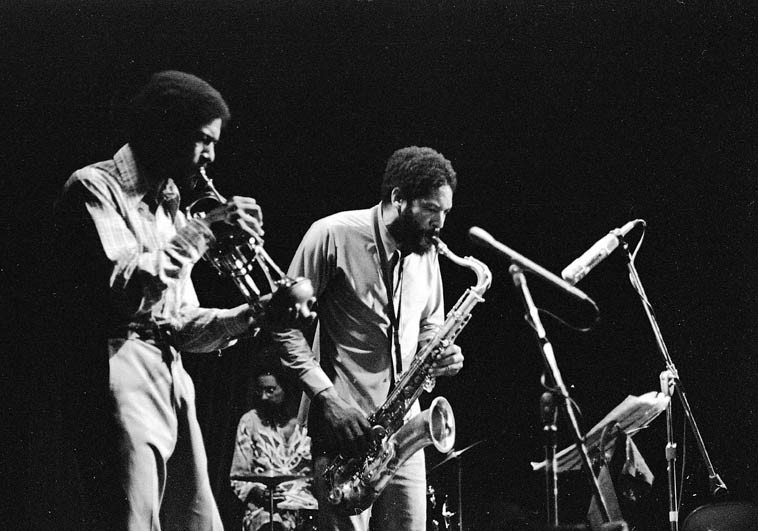 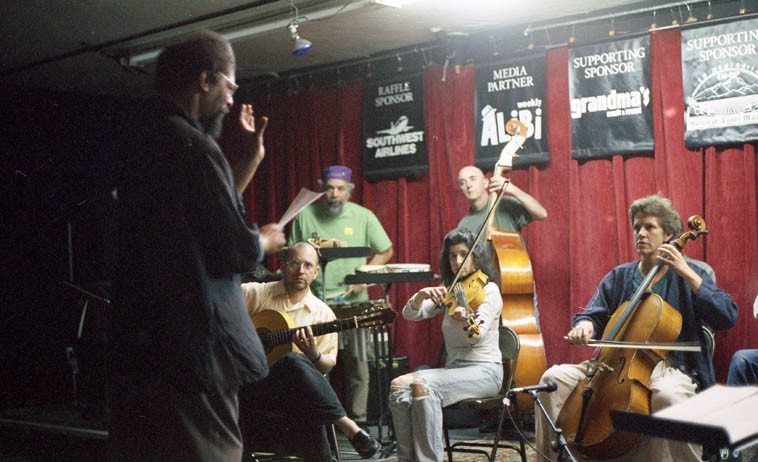 Conduction 101 in process — Tom Guralnick, the director of the Outpost Performance Space, had pulled together a grant that allowed Butch Morris to come to Albuquerque for 3 or 4 days of rehearsal plus one performance (and a live in-person guest spot on my radio show!) — these photos from April 9, 1998 rehearsal — photo by Mark Weber 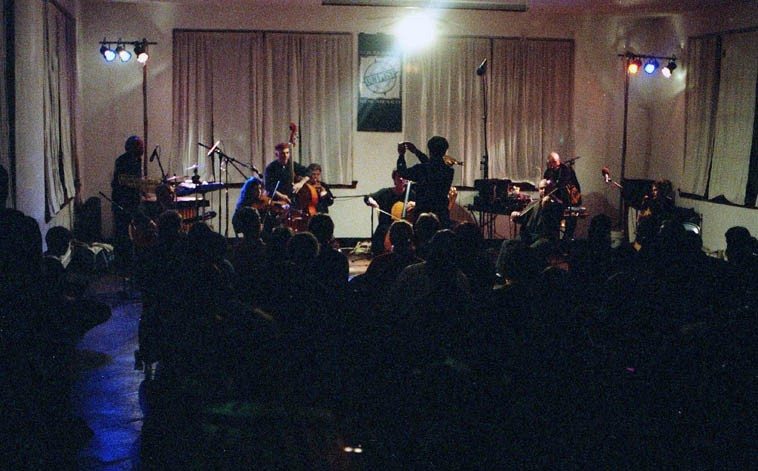 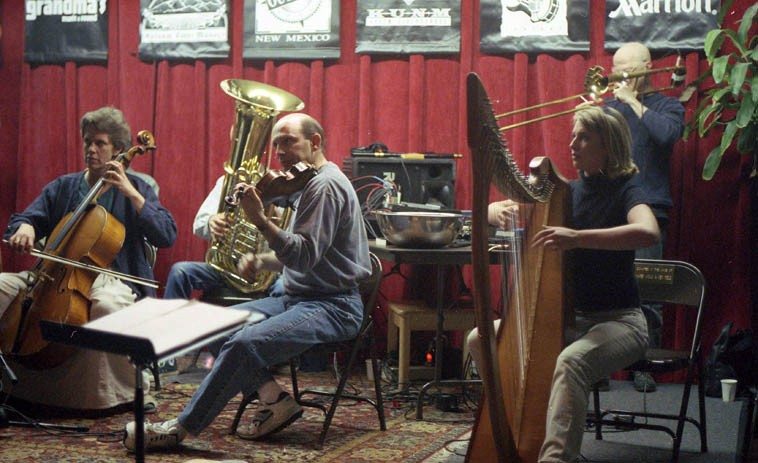 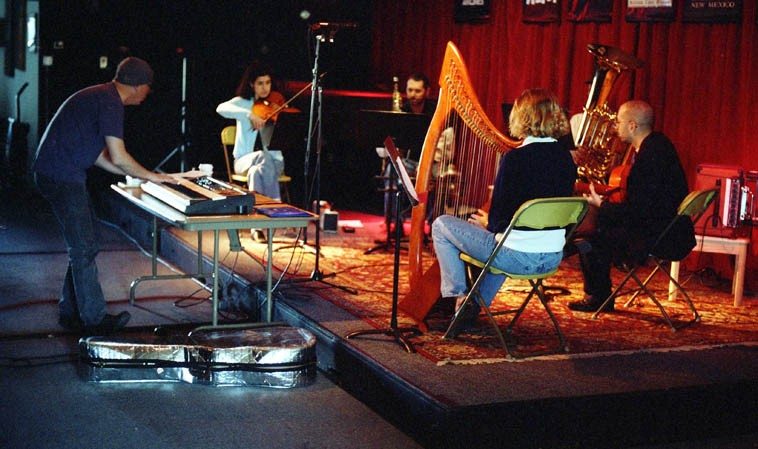 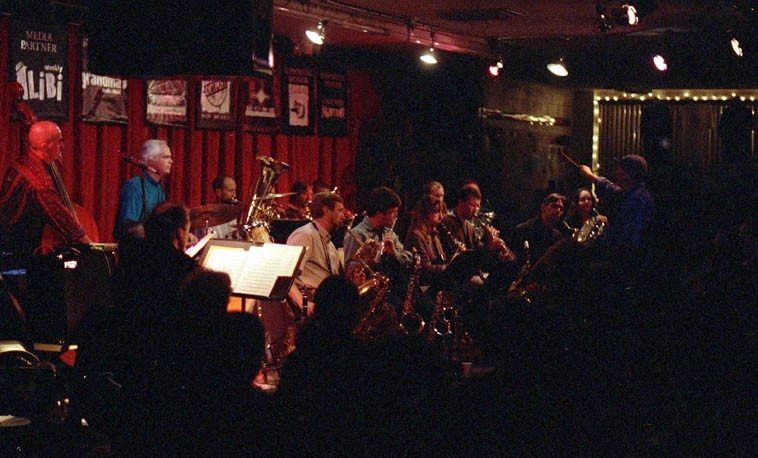 Dino was commissioned to do a conduction piece for the Outpost Repertory Jazz Orchestra under the direction of David Parlato — December 15, 1997 — Albuquerque — photo by Mark Weber 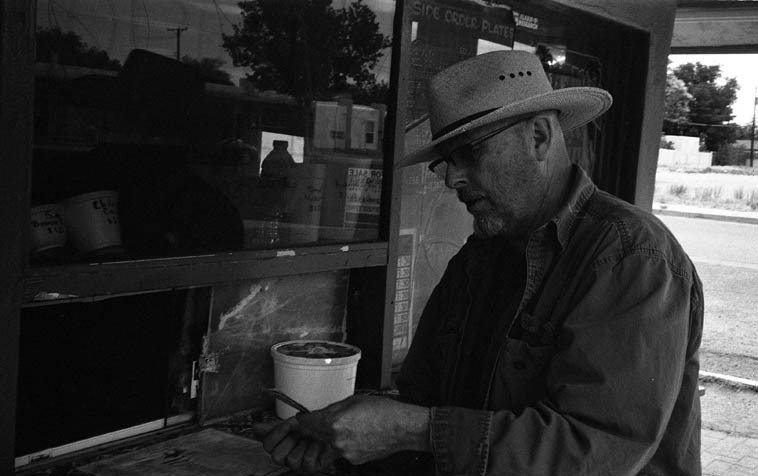 Uno, dos, tres, cuatro, cinco, Hey, how much were those burritos, anyway? J.A. Deane — June 2, 2o10 — after every radio show we do we always head directly over to Acapulco Taco on San Mateo for some sustenance, we’ve been eating there for twenty years — photo by Mark Weber 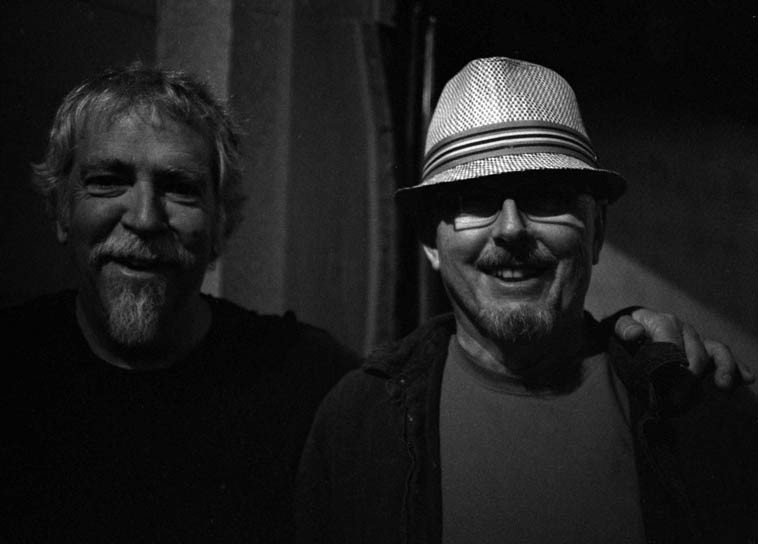