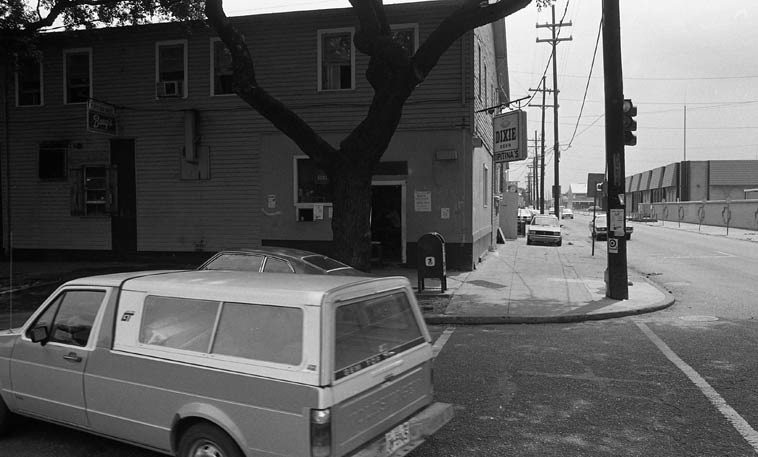 No real theme to this radio show. It can be like a puzzle, to make various disparate parts fit together. Even as I have always found it presumptuous for a disk jockey to use another’s art form to create their own statement, to have a music show work along a symphonic curve. Although, one does more or less have to find a unifying blend. I like contrasts. Something old, something new, blue, borrowed, peculiar. Mostly the guiding sensibility for my radio show is that I like to channel one particular psychic space. And that makes for a lot of latitude, really.

I was lucky when I was coming up, in my early 20s, for a couple years I audited Stanley Crouch’s jazz history class at Claremont Colleges (1972-1974) and Stanley was big on Martin Williams’ histories, and Williams had his eye on the entire scope of the music and didn’t dis-include artists such as ultra-modernists like Cecil Taylor or Sun Ra. That’s the value of a good teacher, Stanley was in this young 30s and on fire. Also, Bobby Bradford was in the music department at Claremont and exerted a considerable influence on our coming to grips with the story of this heroic music.

Time works its layers on us, as always, so that as jazz history recedes further into legend there seems to be less of a demarcation between the styles and types. From this perspective of temporal distance it appears all of a whole, even more so than when Martin Williams was pointing that out in his 1970 book THE JAZZ TRADITION. 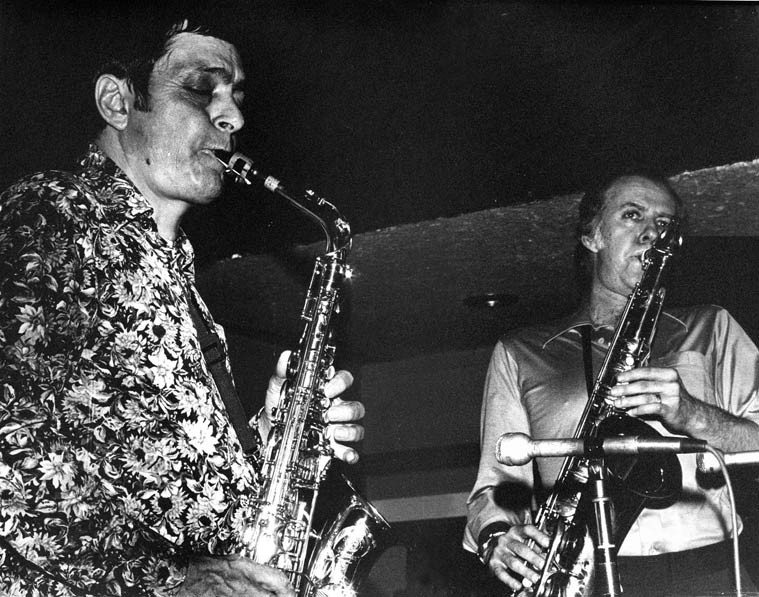 I about fainted when I pulled up in front of Donte’s that night and saw the marquee — Art Pepper & Warne Marsh (!) (that album THE WAY IT WAS on Contemporary of previously unreleased tracks with Art & Warne from 1956 had only just came out a few years before and it blew our minds) —- the L.A. TIMES had listed the evening differently: Warne was booked for three nights of saxophone duets with Pete Christlieb, but what really happened was > Tuesday: Warne & Gary Foster; Wednesday: Warne & Art; Thursday: Warne & Don Menza ——— photo by Mark Weber — January 26, 1977, North Hollywood, California 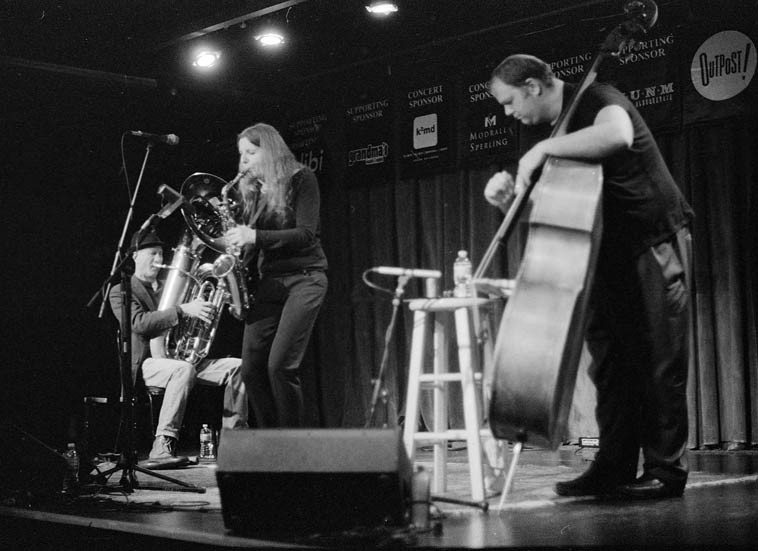 Biggi Vinkeloe and her Desert Sweets Trio — March 14, 2o13 Albuquerque — Mark Weaver, tuba; Damon Smith, bass; Biggi on alto saxophone & flute — she was born in Germany, spent many years as resident of France, swings through New Mexico every now & again on her way to the West Coast, nowadays lives in Sweden and sometimes Oakland, California —- photo by Mark Weber 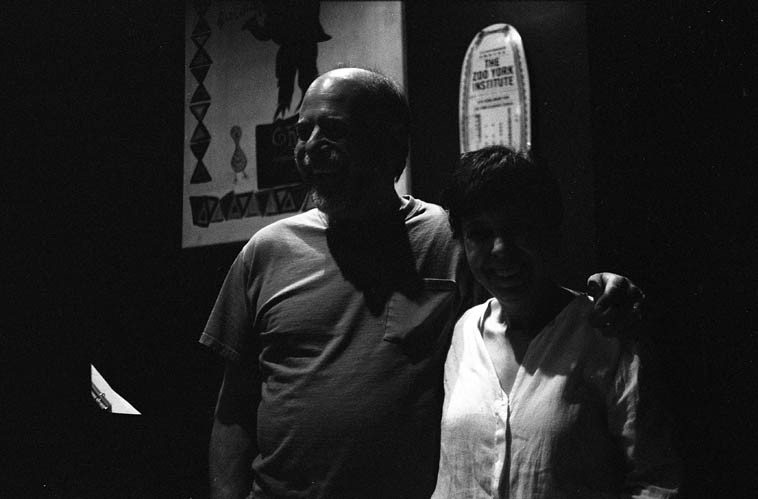 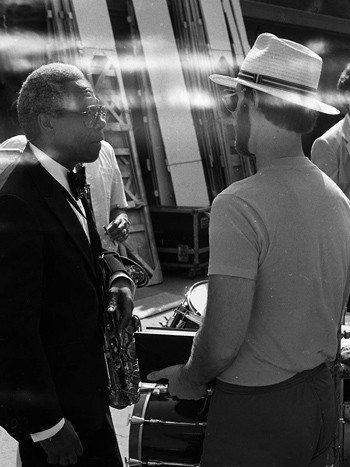 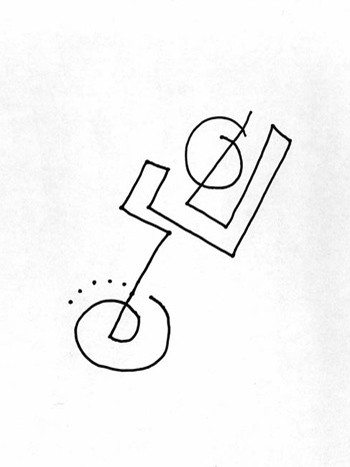 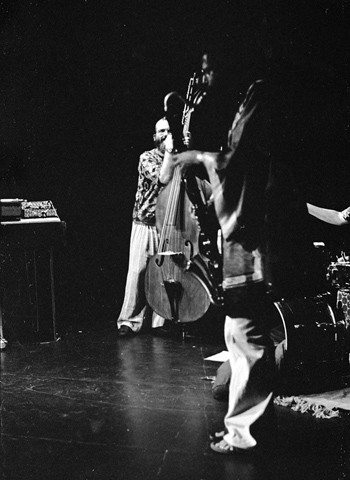 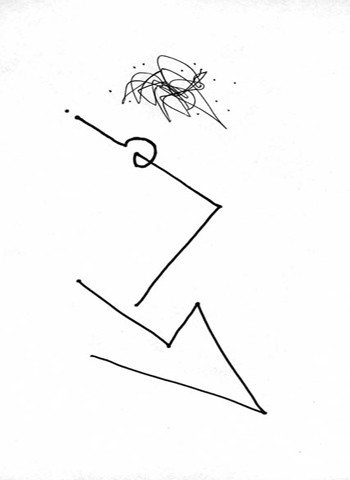 Buell Neidlinger & Marty Krystall — September 18, 1976 Los Angeles —- We’ll listen to their new release (from a 1990 gig) THE RED SEA, which is a rocket launcher 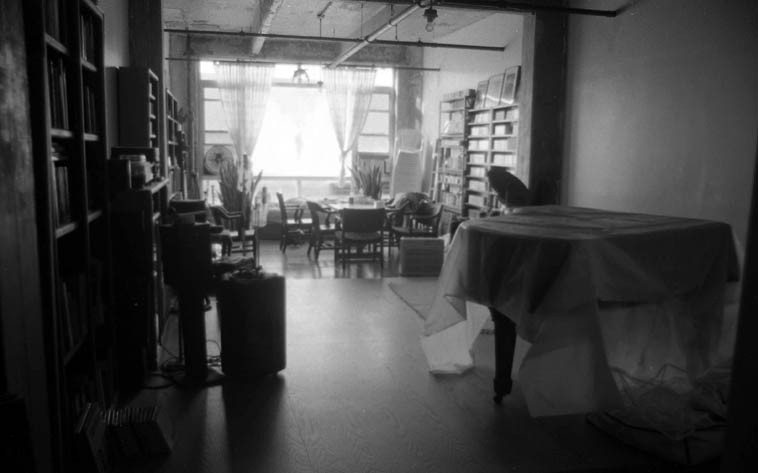 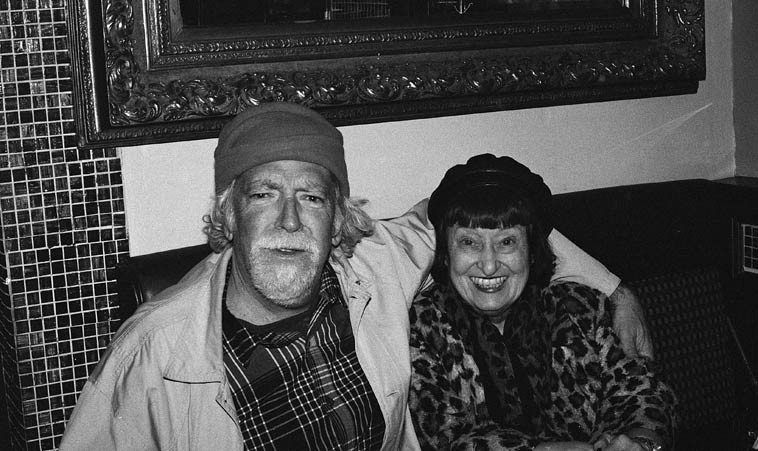 Your host on the Thursday airwaves and SHEILA JORDAN last November in a little restaurant on 8th Avenue in Chelsea (Manhattan) —- Improvising as a way of life, that’s Sheila, a pure exposition of joy & happiness, her concerts are something more than merely a performance, they are an experience of life itself —– We’ll ask her about that and what’s her secret for so much elation, as she’ll be visiting us Live in the studio on the Thursday jazz show (March 5) and that evening in concert duets with the master Cameron Brown, who covers a lot of bases (no pun intended), when you listen to their records Cameron is on double-duty standing in for an entire ensemble, that’s at the Outpost Performance Space 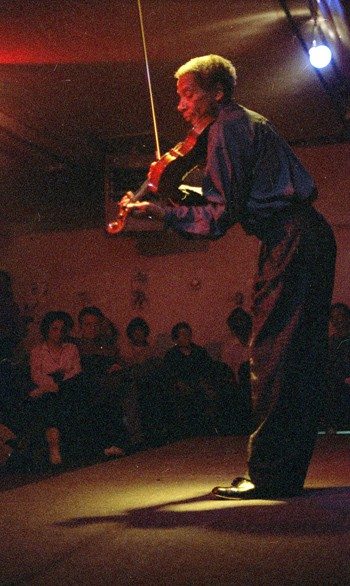 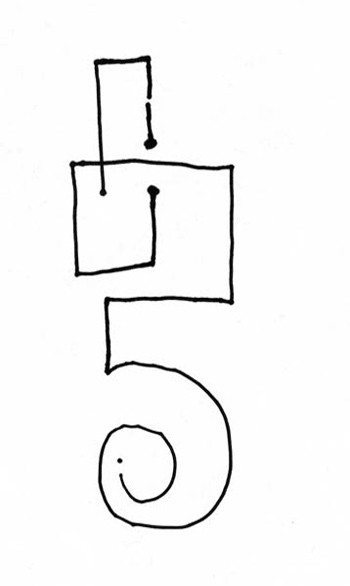 Leroy Jenkins solo violin at old Outpost Performance Space — October 23, 1992 —- the Revolutionary Ensemble with Jenkins, Sirone, and Jerome Cooper, had such an oblique out harmony it was tantalizing, endlessly intriguing, completely uniform within it’s own dimensions — I never got to hear this trio Live but I have every one of their records — photo & line drawing by Mark Weber 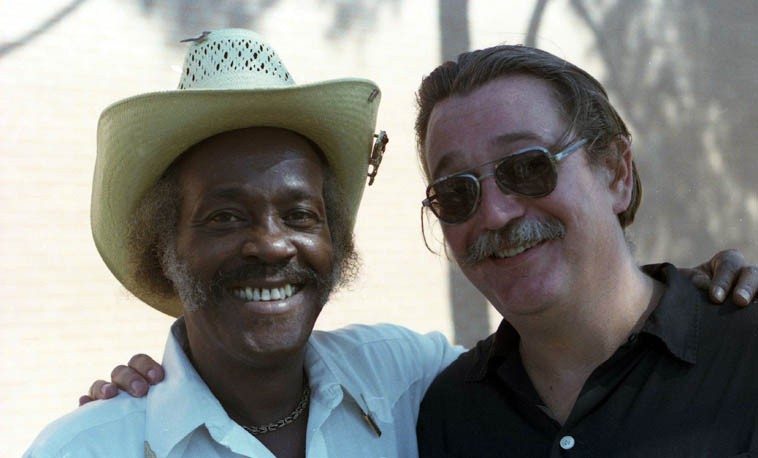 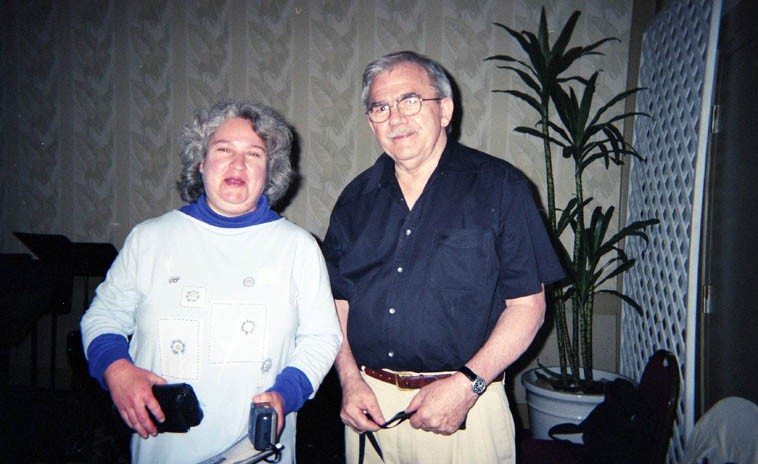 Kary Kaley ( ! ) and Ted Brown ——— Kary is Lee Konitz’s daughter and the namesake to Lee’s song “Kary’s Trance,” she came down from Montana to visit with her dad at this jazz conference at LAX Four Points Sheridan Hotel in Los Angeles, an annual event, Billy Bauer was there also! the conference this year was called Springsville with a focus on Birth of the Cool and tributaries thereof —- Kary is a sweet person and Lee was glad she was there — photo by Mark Weber — May 28, 2004 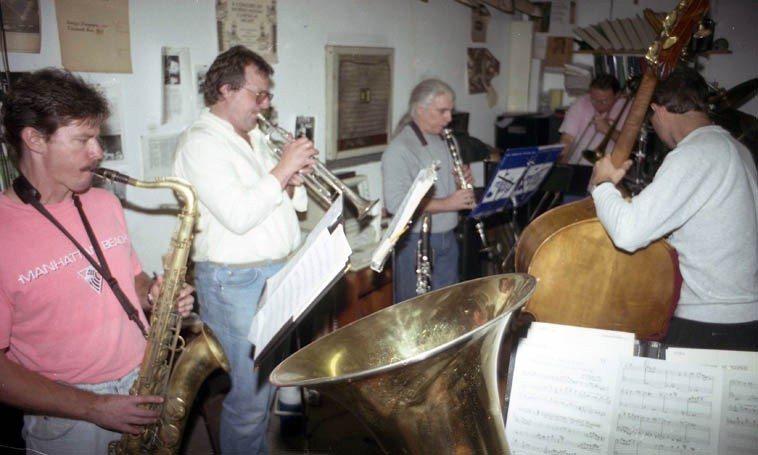 Michael Vlatkovich 7-tet —- Rehearsal at Chris Garcia’s garage studio in East L.A. — September 15, 1993 — Bill Plake, tenor sax; William Roper, tuba; Michael, trombone & compositions; Chris Garcia, drumset; Vinny Golia, woodwinds; Anders Swanson, bass; Rob Blakeslee, trumpet — they were getting their music together for a little tour around the Los Angeles area that week, L.A. is so huge you can set up gigs within the metropolitan area to reach a varied audience, we were on KPFK that week, also (I read poems) –photo by Mark Weber 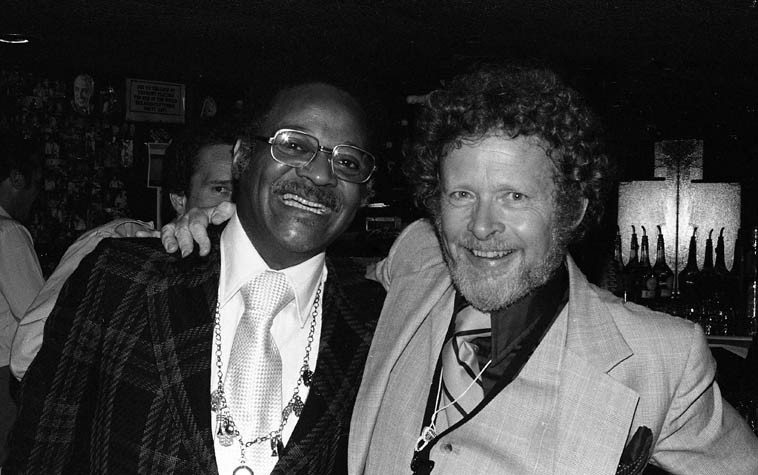 Clark Terry and Bob Wilber at Donte’s, North Hollywood — May 23, 1979 —- Clark was in town (maybe he was on the Carson show that night?) and dropped in to see Wilber’s group: John Heard, bass; Dave Frishberg, piano; Pug Horton, vocals; not sure who the drummer was . . . photo by Mark Weber