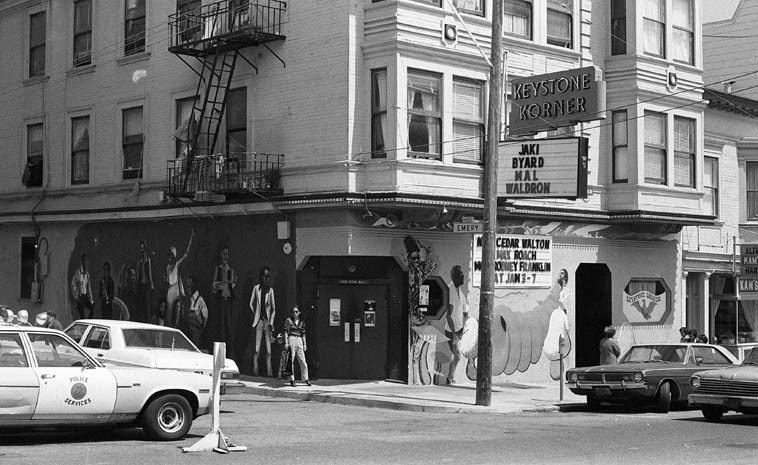 I sometimes think that those of us involved in jazz have a taste for a tincture of dissonance, you know? Besides a liking for harmonically glamorous chords and more involved rhythms, we also have this thing for a little vinegar among the lyricism. Stoicism.

When I was coming up my jazz listening was heavily salted with a large dose of the blues. It is one of the prisms through which I see the music. It was one of the paths, and it was hidden.

Growing up in the vast suburbs of Los Angeles listening to the radio was my only connexion to the outside world. Most people I grew up with spent their entire lives within their home locale. However, some of us are born to endless night, as Blake would have it (my generation first heard these auguries via The Doors). I was raised on the pop music that emanated from transistor radios in the early 60s. But, by 1967 I had discovered KPPC, an “underground” radio station where I heard a mixture of folk and rock and some blues like Sonny & Terry, and even my first hearing of Charlie Parker, and Lenny Bruce, and Lord Buckley, and Ken Nordine. But, where were the blues? I was doing a lot of reading and collecting records (remember Aron’s Records on Melrose) and when I graduated from reading my local newspaper THE DAILY REPORT to the L.A. TIMES one finds a Sunday supplement called The Calendar which had the club listings. I was jolted to find out that you could actually go see these mythological beings from the jazz heroic world: Dexter Gordon, Count Basie, Art Blakey, Art Pepper, Dizzy Gillespie, Max Roach —- I had their records but had no idea that you might hear them someday, in person, as we say. I was slightly nervous going to my first jazz club experience. It was a world of danger, it seemed, to be met by fast-talking jazz hipsters smoking two reefers at once.

But the blues were still hidden. There were no listings about blues other than the artists who were being presented in coffee houses in the white parts of town. And that’s where I started. But, still, it was apparent that the blues resided somewhere else. In these clubs the blues had been taken out of it’s natural element. You could get a glimpse of the blues, but the actual blues was somewhere else. The blues and the abstract truth, no less, sayeth one of the inhabitants, in a moment of existential funk.

When I asked bluesman Philadelphia Jerry Ricks what was meant when the Delta bluesmen sang of their traveling companion “my special rider.” He said the special rider was their guitar. He was serious, but I’m still not sure about this attribution, even as it is no less intriguing.

I now realize it was from the blues that I received my penchant for dissonance: Those particular cadences that are not consonant. The western scale of tones bent and alchemized by the African animus. The blues lay hidden, in wait, stoic,and it was in the South that it found release via the southern black experience in America. It has ever been with us. The sense of it came to be long before long ago in another time. The animus has stayed in the blood of Gaelic peoples, and Germanic, and Native American, the Jewish, and the hoodoo of Africa, it has been with us as far long ago as Babylon and before that to the fall from grace. In America is was magnified and found it’s voice in the bluesmen of the Mississippi Delta in the early 1900s, the outsider, the highway man, the man who does not fit, and will not fit, the special rider. The animus that came from Africa, the Other, the dark forest on the edge of town, that was the blues, where the downtrodden sleep. Never once did it feel sorry for itself. 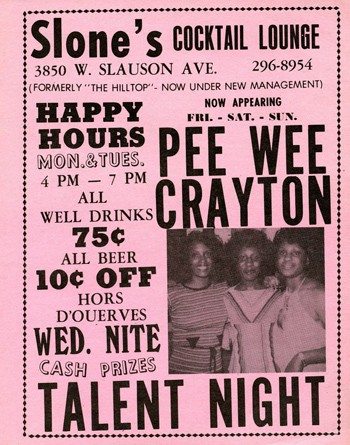 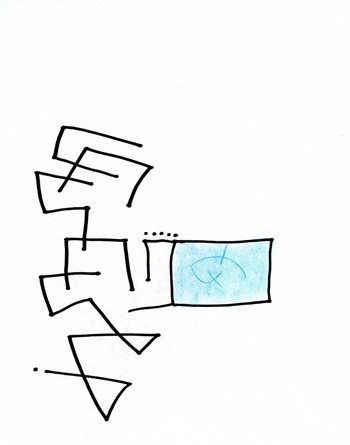 In Watts (nowadays more correctly known as South-Central Los Angeles) there was a small advertising circular called THE SCOOP and that’s where I found the blues — this page from THE SCOOP, 1977 —- collection of Mark Weber —- old man Slone was a great guy 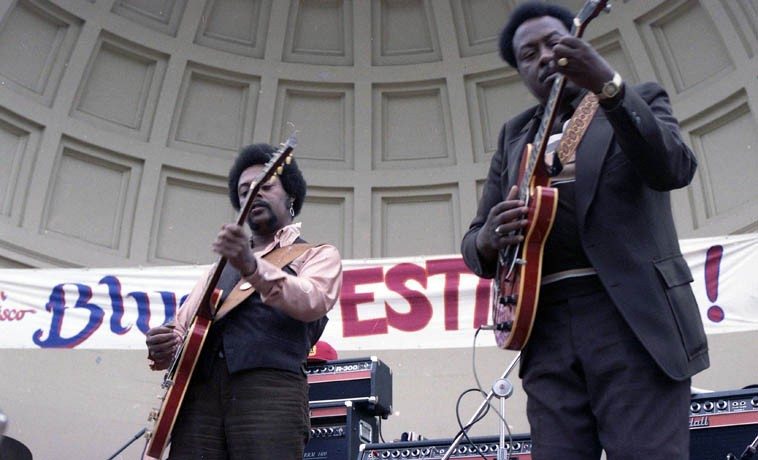 Luther Tucker & Jimmy Rogers — San Francisco Blues Festival — Sunday August 12, 1979 — Luther Tucker was a protoge of Robert Lockwood Jr and with Lockwood both were members of Little Walter’s band for seven years —- Jimmy Rogers was a member of the Aces and broke open the electric guitar as the post-war driving machine —- Here’s what happen’d: There had been a recording ban (and shortage of shellac) during World War II but with the end of the war in 1945 and the lifting of the Petrillo Recording Ban the curtain went up and things had changed in a great big way: Charlie Parker and bebop was revealed in NYC, and in Chicago Muddy Waters blasted forth with the Aces backing him up — I happen’d to be backstage standing around with Stevie Ray Vaughan when the van pulled up driven by festival organizer Tom Mazzolini that had both Luther and Jimmy arriving, I had been at the festival the day before so knew what Jimmy Rogers looked like and said to Stevie: “That’s Jimmy Rogers,” and he was awestruck, “That’s Jimmy Rogers?” in a reverent hushed whisper, because he knew what Jimmy Rogers stands for —- photo by Mark Weber 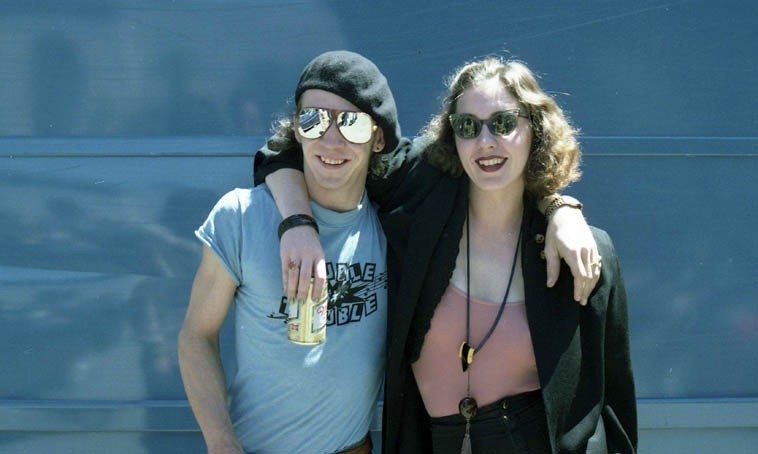 Blues kids: Stevie Ray Vaughan & Lou Ann Barton — they arrived from out of Texas driving a battle-scarred ten-year-old metallic blue Fleetwood Cadillac and their band Double Trouble scared the daylights out of us, these were some serious blues arbitrators — August 12, 1979 — San Francisco Blues Festival — photo by Mark Weber 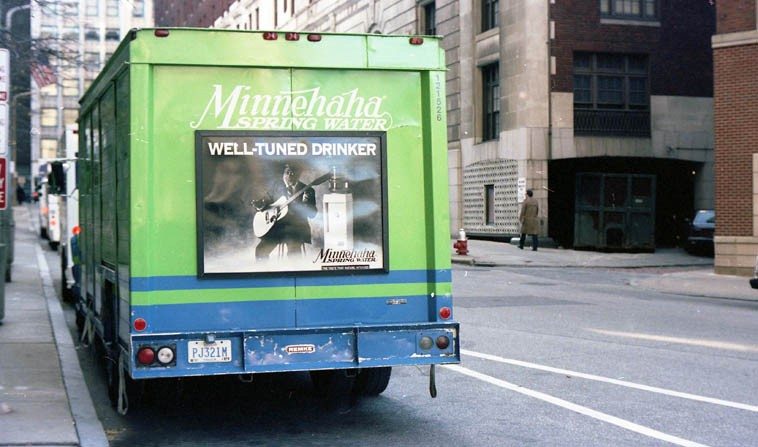 Robert Lockwood Jr (he used to get so annoyed when I called him “Robert Jr Lockwood” which is how he was first known) — East 12th Street, Cleveland — November 11, 1994 — photo by Mark Weber 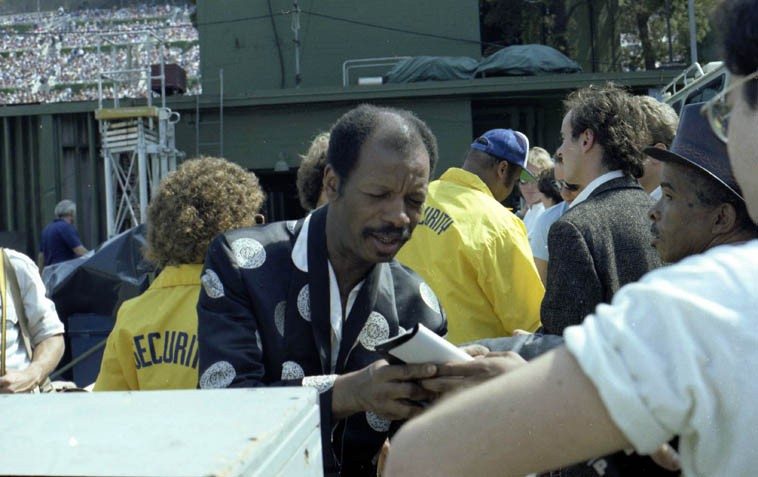 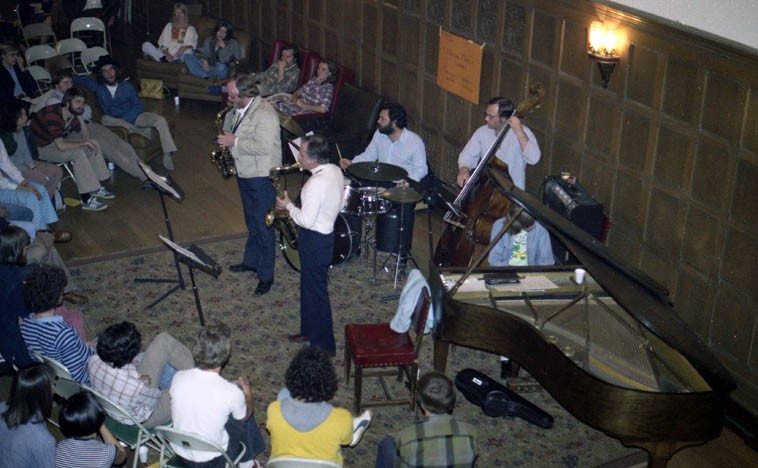 This was one of the greatest jazz concerts I have ever attended, they were stratospheric and kaleidoscopic —- Warne Marsh Quintet —- Dabney Hall, Cal Tech, Pasadena — April 28, 1977 — Alan Broadbent, piano; Gary Foster, alto; Nick Ceroli, drums; Jim Hughart, bass — photo by Mark Weber —- unreleased recordings from this evening are scorching 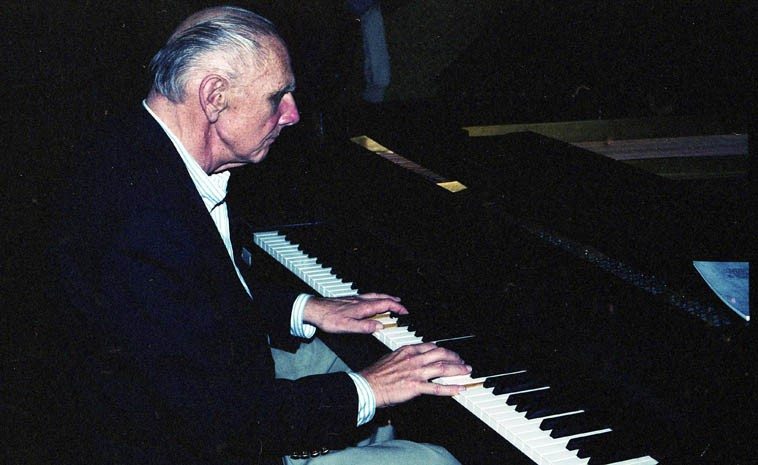 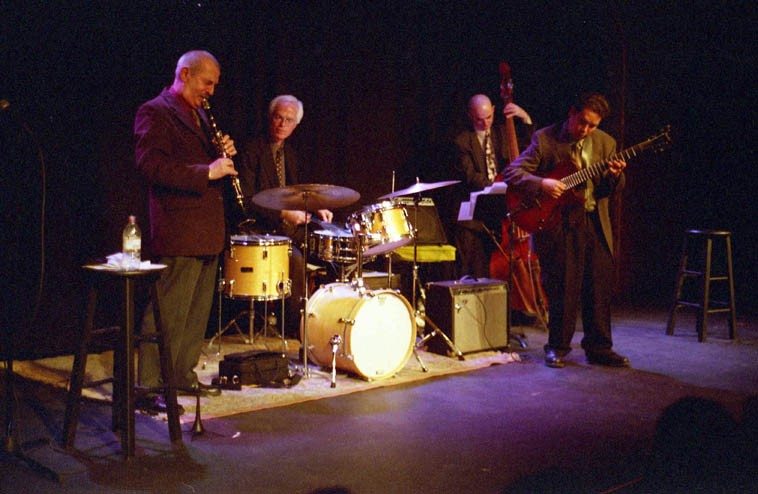 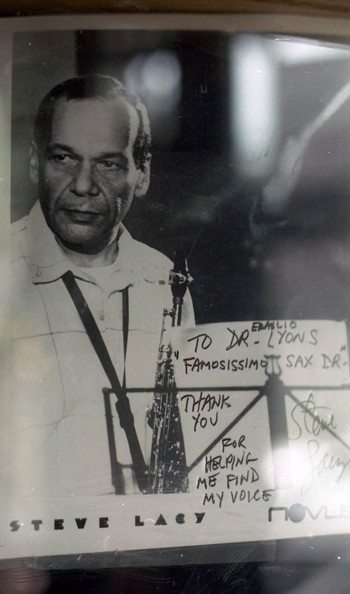 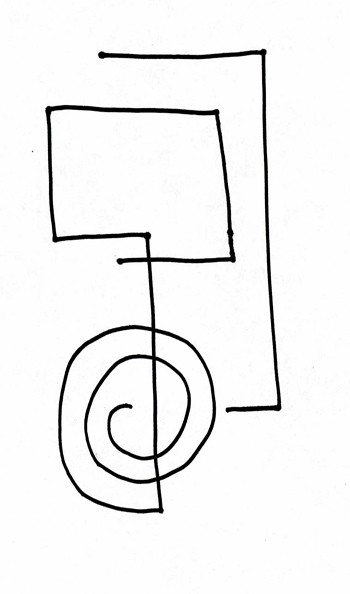 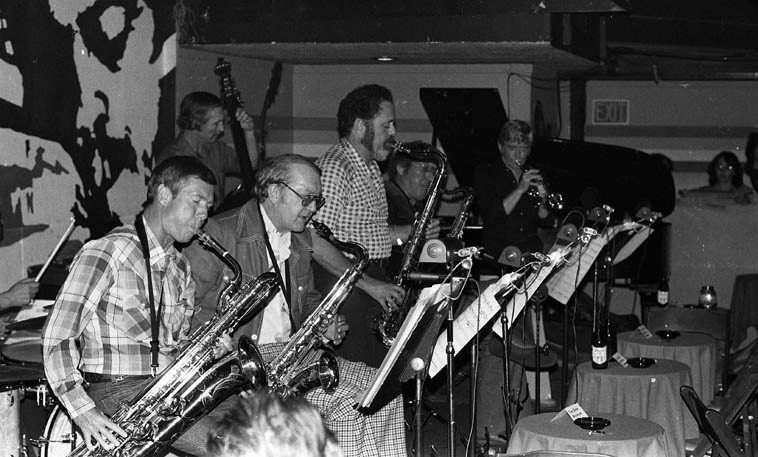 Lester took his time, and fate waited ——– Prez Conference — Donte’s, North Hollywood — May 27, 1979: Bob Efford, baritone; Bob Cooper, Dave Pell, Bob Hardaway, tenor saxophones; Bill Berry, cornet; Bill Holman’s charts; Monty Budwig, bass; Nat Pierce, piano; Frankie Capp, drums —- the front tables are empty simply because nobody wanted a face full of saxophone, the place was packed for Lester Young music: Lester didn’t make his first recordings until he was 27. When I’m showing visiting musicians around Albuquerque, I like to take them by a few spots, like architect Bart Prince’s spaceship of a house (3501 Monte Vista NE) and where Harry Partch lived during his high school years (1913-1919 — 208 S. High Street) and to where Lester’s father had his shop (1929-1930 possibly as early as late 1928) Young’s Music Store (115 1/2 W. Gold, downtown) and tell them how Ben Webster rescued Lester from drowning in the Rio Grande one summer when they were teenagers — (Lester Young’s father Billy had picked up Ben in Amarillo during one of the family band’s swings through Texas, so, he was living with them and being taught how to read music by Billy) — En route to the radio show I park not a block away from where Lester’s young wife Beatrice worked as a domestic for a physician and always regard the sidewalk that Lester must have walked upon as I walk along . . . . . 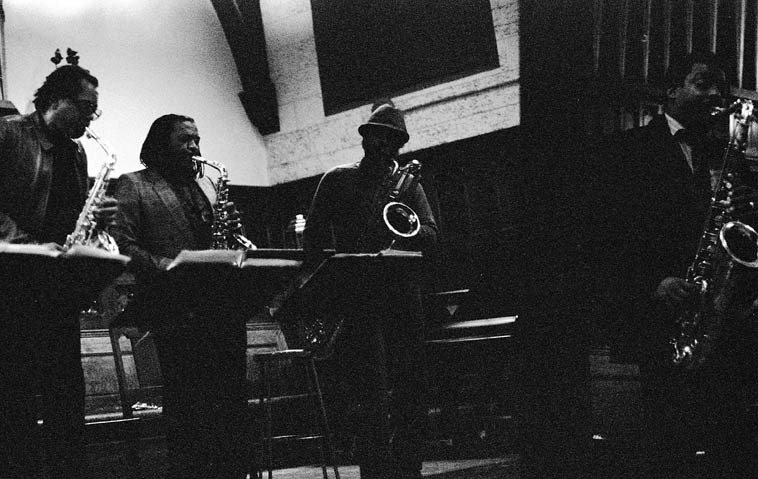 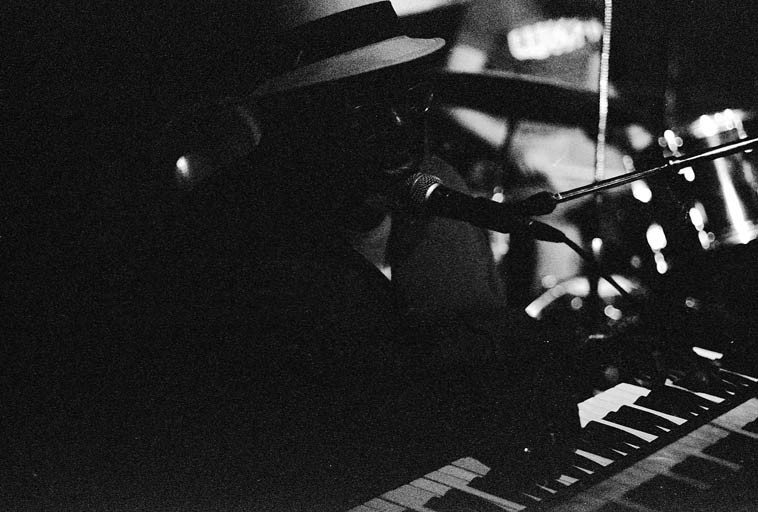 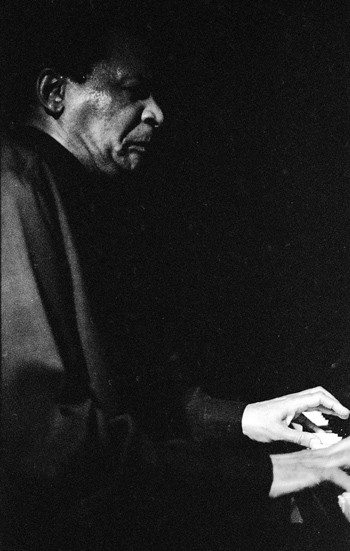 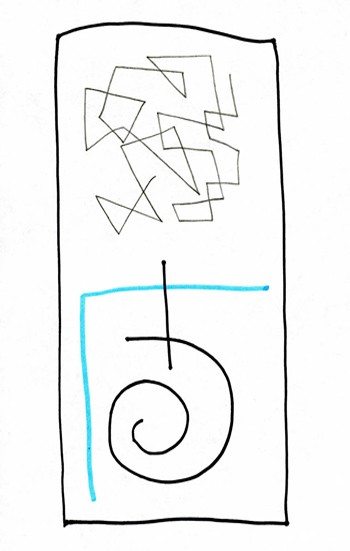 Abdullah Ibrahim at the old Iridium on 63rd Street & Broadway — July 1, 1997 — Even though we arrived early enough to have dinner, mine was served just as the trio took the stage: What was I to do? I was practically sitting at Abdullah’s elbow: Hog down while he began his first set? Duet for piano + pig? I don’t think so. After his set Abdullah stepped down and over to our table and pointing at the plate where my curds & whey had gone cold, said: “You didn’t eat?” I said: Your music was enough for now, maestro, thank you —- photo by Mark Weber — his music is a form of trance music