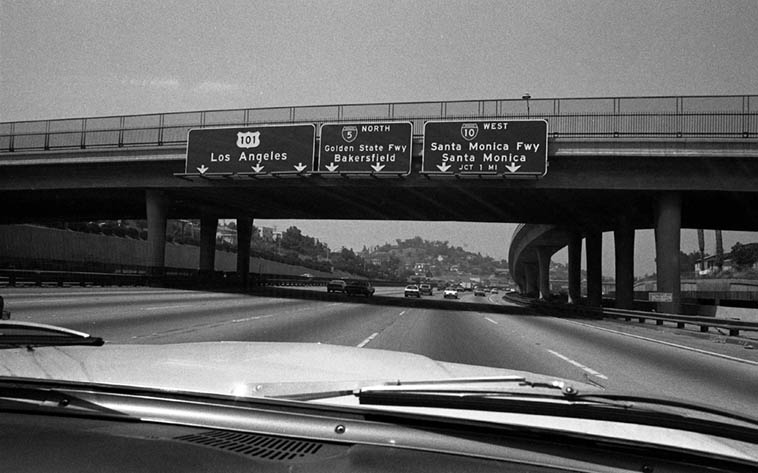 I have drove under those freeway signs about ten thousand times coming from Upland (east of L.A.) and in this shot approaching downtown — May 9, 1981 — photo by Mark Weber

It was in those last couple winks
that I dreamed I became disconnected
from you, lost and without money
or keys or cell phone I looked
for you in the store you went into
while I sat outside under a table
that had an umbrella, forty-five
minutes and you never came out
so I walked the aisles inside and
there was no you,
well, I could
go for a stroll, allow enough time
that you would return to our apartment
equally wondering and worried what
happen’d to me, you’d say of course
that you were in the store but the
dream didn’t last that long, and I
would have said I looked for you all over 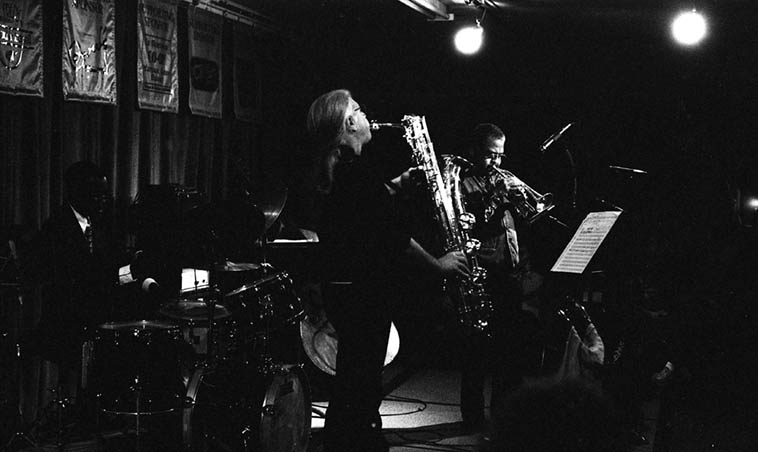 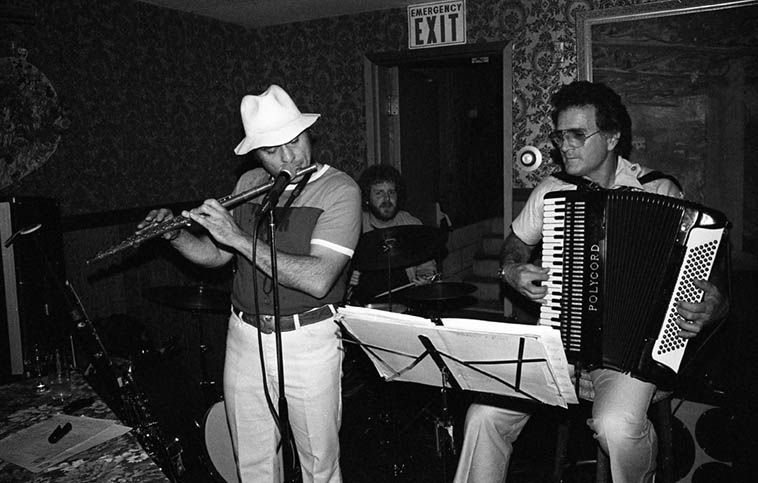 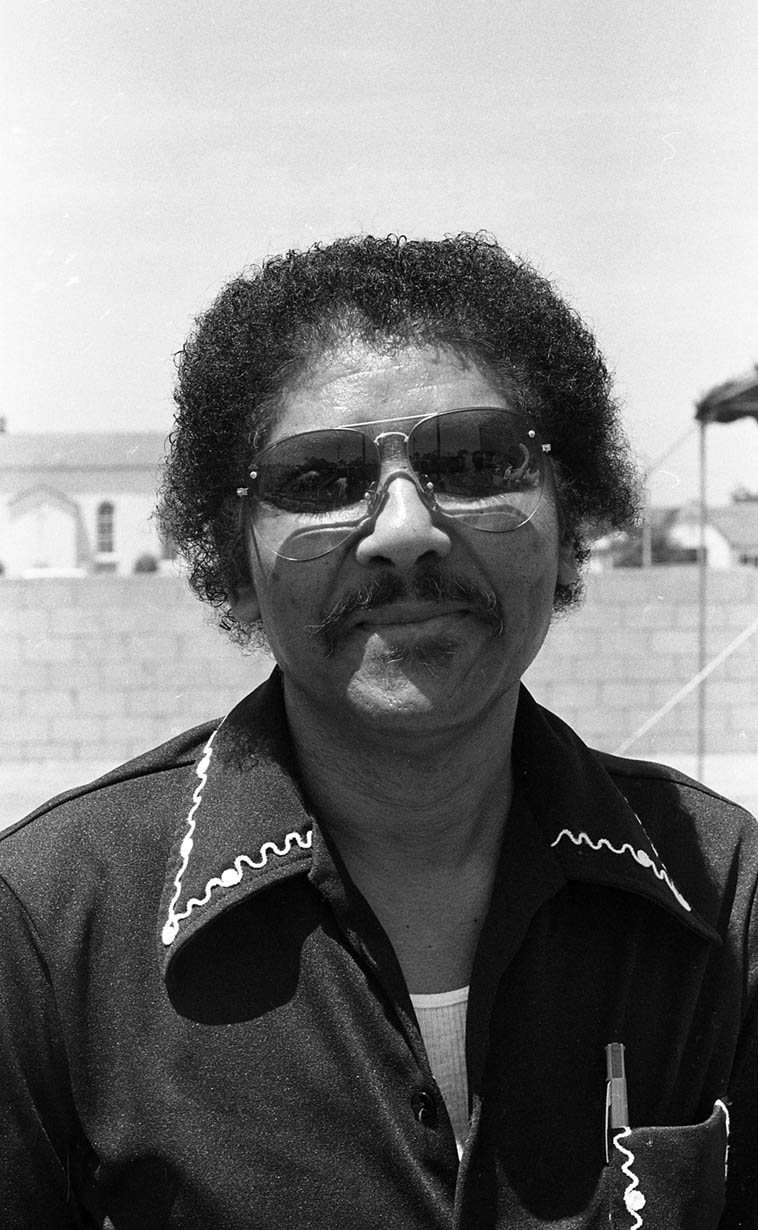 The incomparable Jimmy Cleveland at Watts Towers Jazz Festival — July 7, 1979 — photo by Mark Weber — Jimmy is listed at Tom Lord Jazz Discography playing trombone on 524 recording sessions, from 1950 with Lionel Hampton to 1991 with Teddy Edwards, and that’s only the jazz sessions . . . . 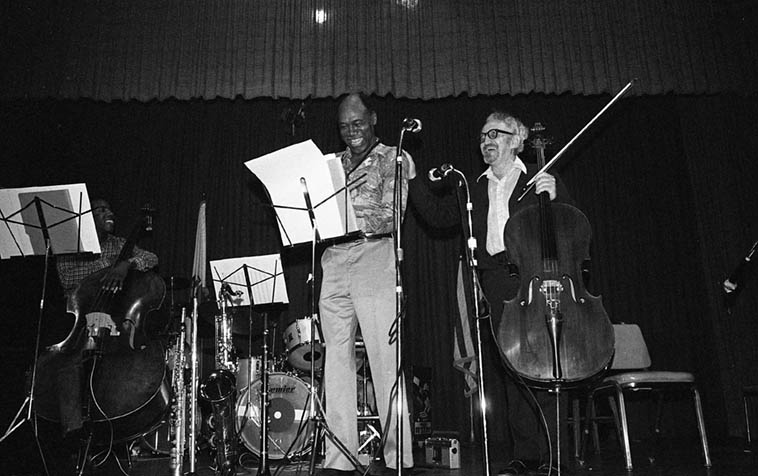 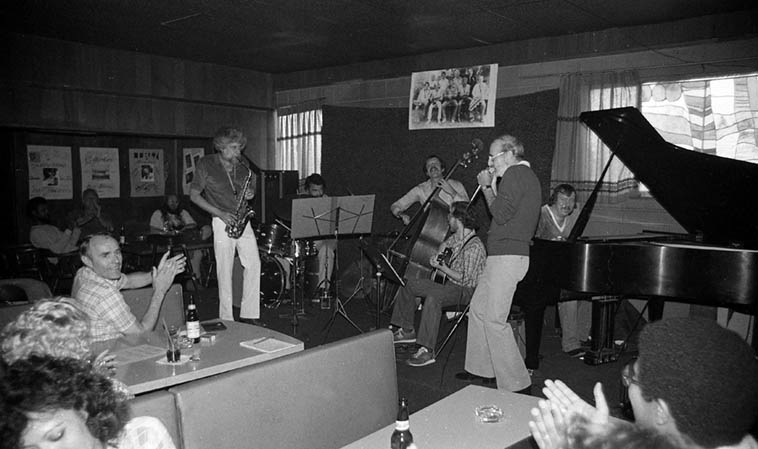 One of my favorite alto saxophonists: Lanny Morgan and his Quartet: Barry Zweig (guitar), Bob Maize (bass), Larry Flahive (piano — was the house pianist at this club), Nick Ceroli (drums), and sitting in on harmonica: Max Geldray — May 3, 1981 at Gilberto’s, Cucamonga, California — photo by Mark Weber (Note the photo of Supersax over the bandstand) 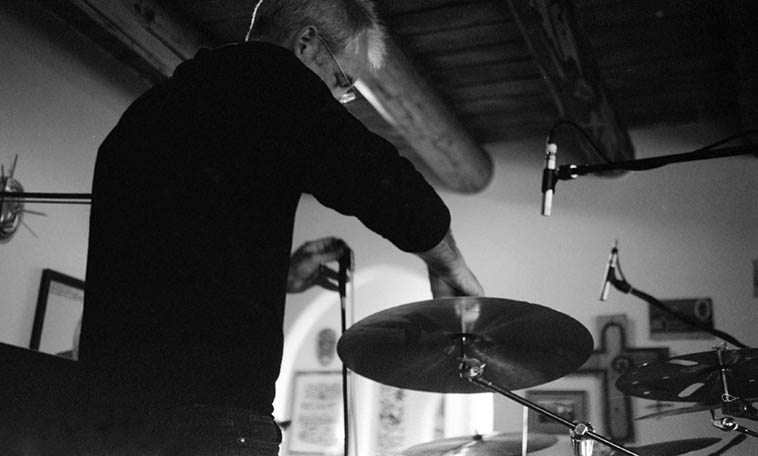 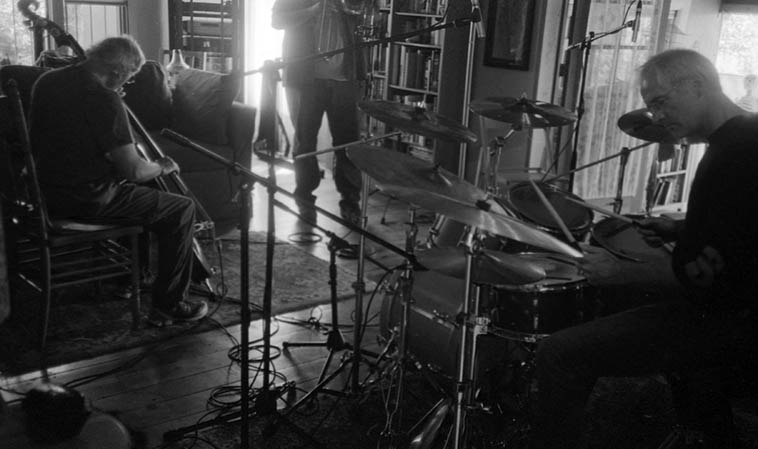 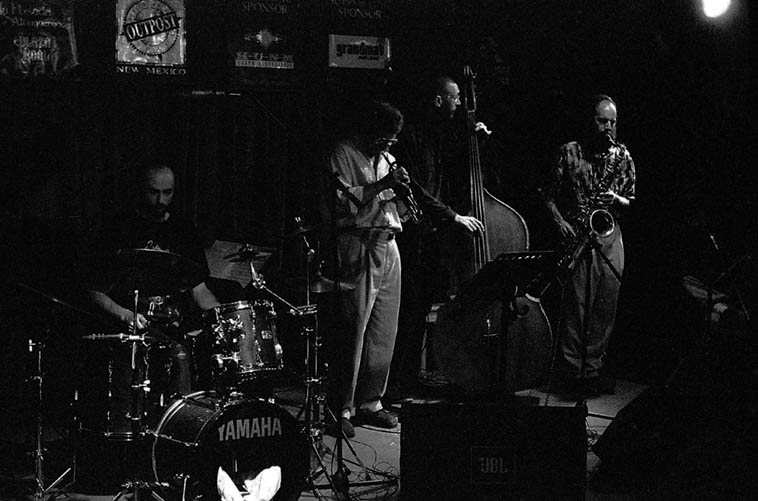 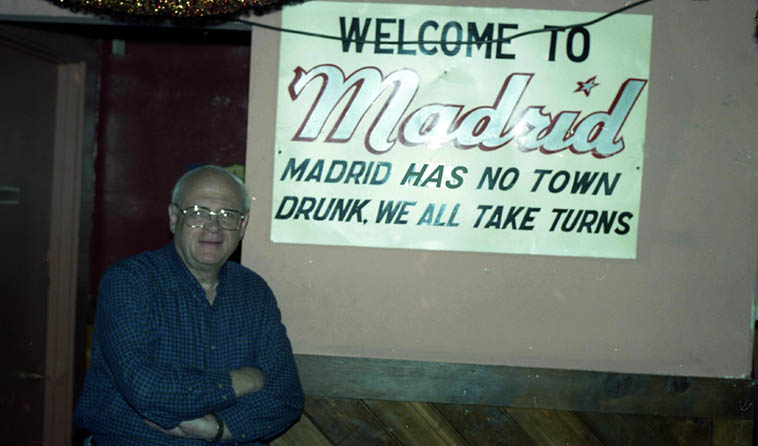 We sure miss Todd Moore on the Thursday jazz show — He could put the shadow into Noir Jazz (here’s one of his poems) —- Madrid is an abandoned mining town on the other side of the mountains from Albuquerque where Sixties people took over and re-built and settled, there’s quite a scene there nowadays —– This sign is at The Mine Shaft bar & grill and says: Madrid has no town drunk . . . . . . . Photo by Mark Weber — February 20, 1998 (Todd got away from us back in 2o10) 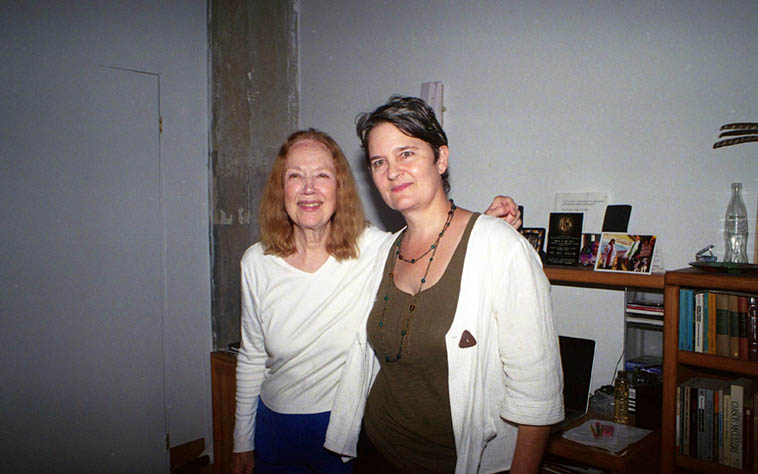 A pianist and a saxophonist: Connie Crothers and Jessica Jones — At Connie’s loft in Williamsburg — September 10, 2o13 —- photo by Mark Weber —- I still almost daily remember Connie’s dictum to me, “Mark, as long as it’s real,” when I had been trying to figure my way out of a particular problem with a text I was working on — She had to remind me of that, often, over the years, it’s a good one . . . . (Connie is holding her hand like that because she’s been in her kitchen fixing food for the gathering/jam session and her hands were wet) 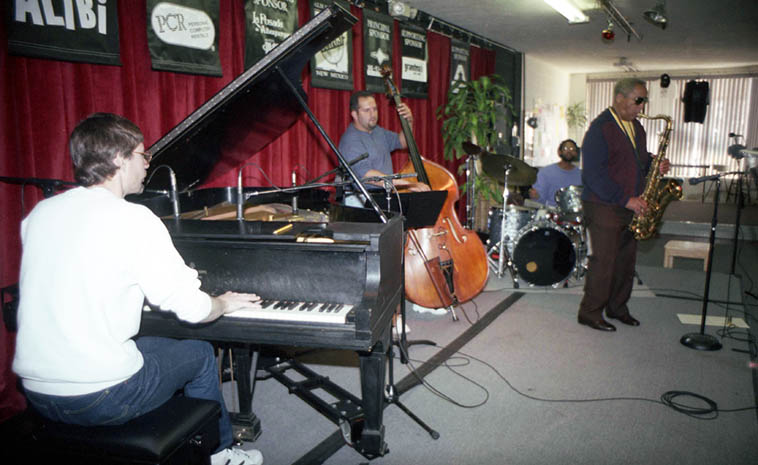 Von Freeman rehearsal with local hotshots: Bert Dalton(piano), Rickey Malachi(drums), John Belzaguy (bass) — gig that night at Outpost — December 13, 1996 ———– That evening I went to pick up Vonski from his hotel to bring him to gig but he wasn’t downstairs as arranged, so I called up to his room, and later when he came down he apologized, “Geez, Markski, I was so asleep I was UNDER the bed!” —- photo by Mark Weber 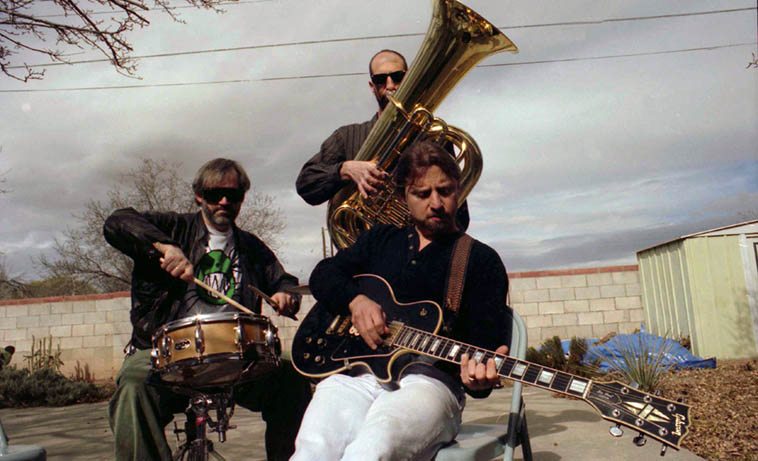 A trio calling themselves Protuberance — worked around Albuquerque most of the 90s, first as a duet, then a trio, made one fantastic record for Zerx Records: Dave Wayne (drums), Mark Weaver (tuba), Paul Pulaski (guitar) — February 8, 1998 — photo by Mark Weber —— Dave Wayne will be visiting the Thursday jazz show on April 26 to bring us up to speed on what he’s been up to lately 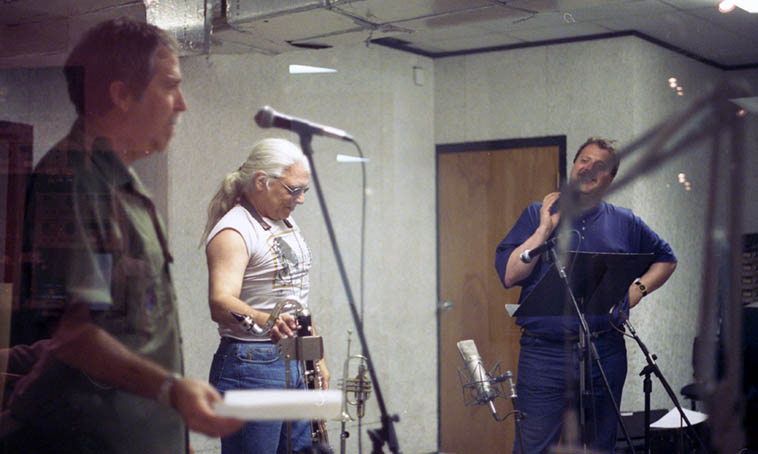 At the tail-end of this Live broadcast over KUNM Mr Blakeslee had motioned to me to come out of the control room and read a poem or two to fill out the hour —- I had performed with them before on a few other occasions, out in L.A. and here in New Mex, so it was smooth sailing with my homies: Vinny Golia (woodwinds), Rob Blakeslee (trumpet), Billy Mintz (drums), Ken Filiano (bass), Simon Welter (engineer) — surprise photos by Rob Kellar as I’d left my camera laying in the control room — May 24, 1997 —– You’d think I’d be more recognized for poetry (it’s what I do), when Connie Crothers called from NYC distraught that she had just read a book review of an Anthology of Poetry in New Mexico 1960-Present and found that I wasn’t in it, and wondered why, I told her that I hang around jazz musicians so am not known to the poetry establishment and I don’t think poets listen to jazz (Todd was left out, too, but that was probably because his poetry is too scary) 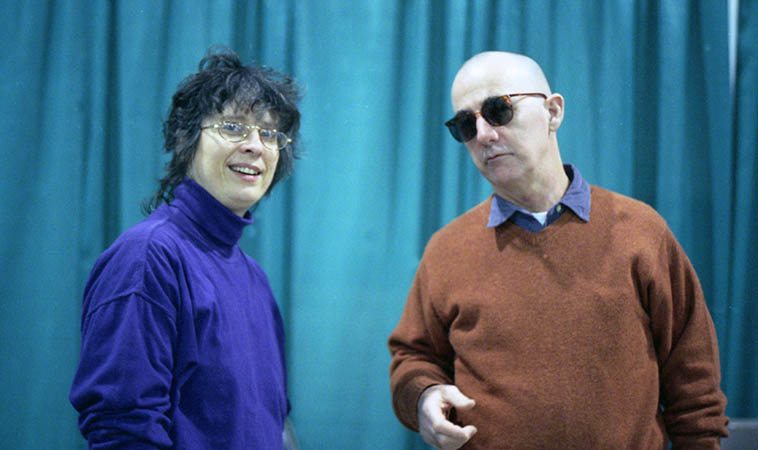 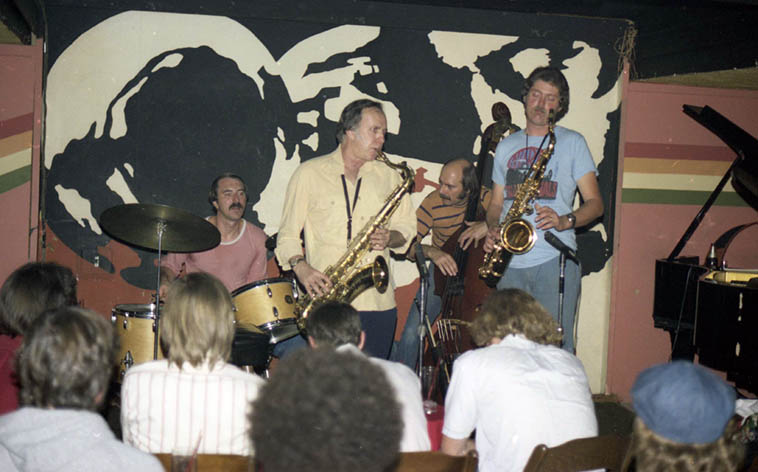 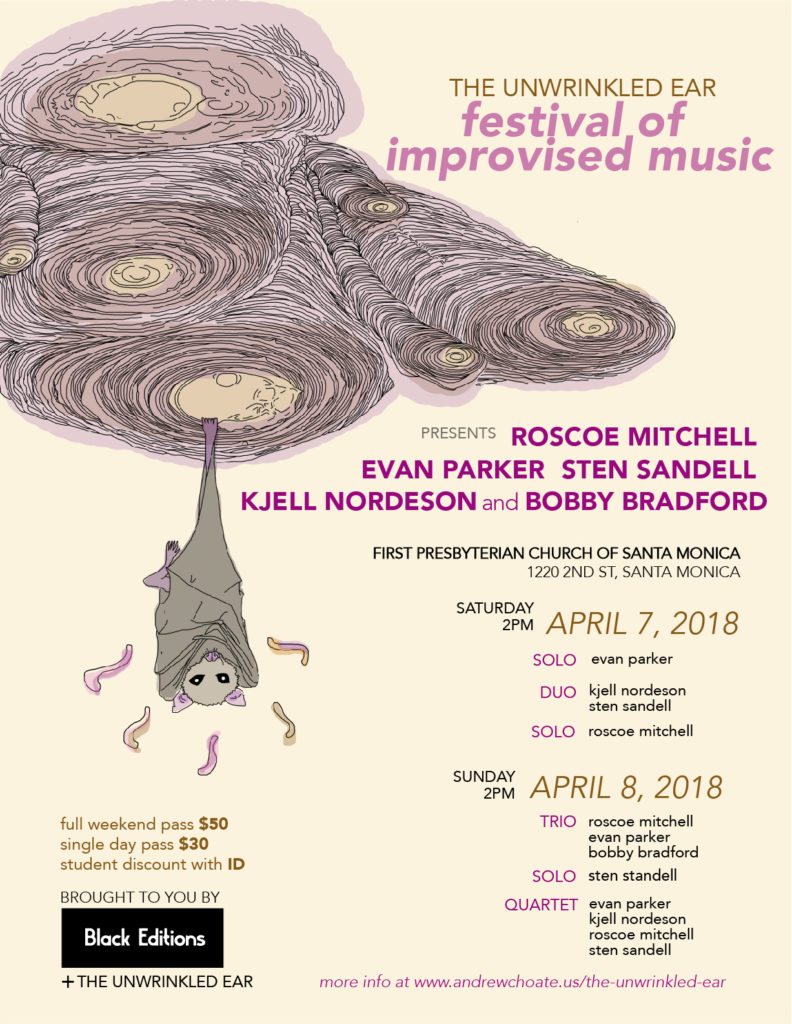