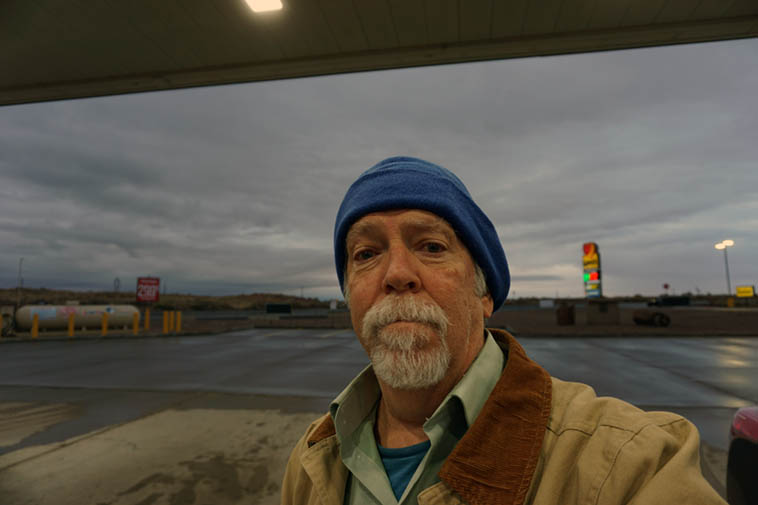 As I wrote at my FaceBook page: Early morning gassing up in Joseph City, Arizona —— Traveling is a little bit of a trial, there’s no getting around the action stress has on yr body & psyche —— self-portrait November 20, 2o19

I can’t remember which book of Wright Morris’s where he talks about the early days of cars and roads out in Nebraska. Wright Morris (1910-1998) was a novelist and photographer, and wrote a famous book THE FIELD OF VISION. When cars and roads were new he pointed out how nerve-wracking it was to be on a road with another car approaching, and you were both going 30mph or whatever was consider’d fast back then, and you had to surmount the fright that you were driving straight into a head-on collision.

Our Cro-Magnon ancestors were travelers. Mapping the DNA has shown this. We stumbled upon language /(spoken symbolism) 100,000 years ago, and 50,000 years ago a small band of us left Africa just to see what we could see. What’s over the next hill. Hitler tried to convince the German people that they were born of their valleys, an untenable concept in anthropology known as “continuity.” A culture can stay put but not a people. Germany has been criss-crossed a thousand times. Our genes are all mixed up together. I’ve never done a DNA test simply because my guess is I’m human, and of late, a variety of European blood. I have spoken many tongues. Although, I’m fond of the notion of racial memory, my sensible (German?) side finds it doubtful. Nature and culture are learned, not inculcated genetically. We’re all mongrels. (I would however be interested to see how much Neanderthal I retain. Or, like my friend the filmmaker Mary Lance who has Denosavan DNA!) We be making tracks. Natural-born travelers, always looking beyond the next hill, following the river upstream. And now, here we are driving all over hell and back. It can be a trial on my Neanderthal brain. I’m probably not fast enough a thinker to be driving. But, I have places to be and things to do. And until I master the art of teleportation or astral travel I’ll have to use a car.

Garuda is my hood ornament
Simply watching the white lines
Protector, the eagle. 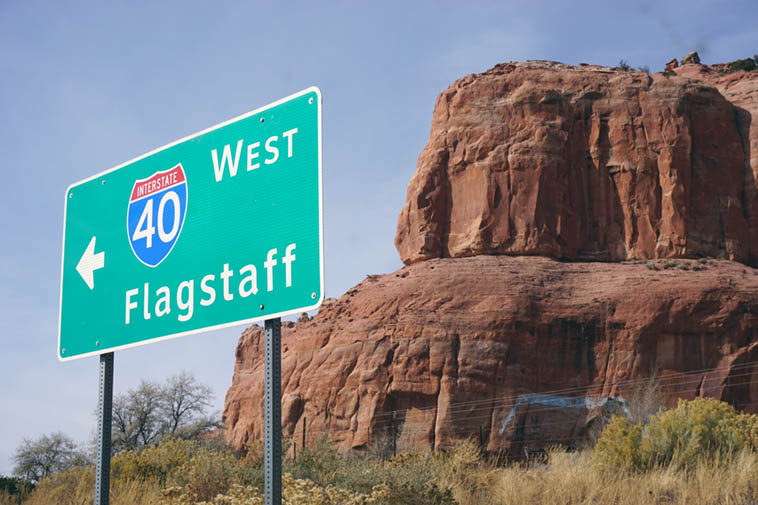 Crossing into Arizona from New Mexico on my way out to California to hear Bobby Bradford’s new music, his Suite for Jackie Robinson Centennial ———– Friday Noon November 15, 2o19 – photo by Mark Weber 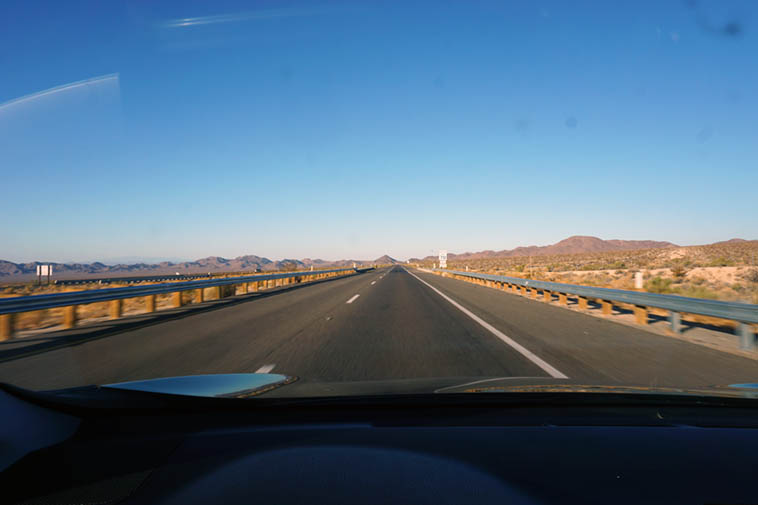 Those hills up ahead are where I pulled over in August 2o13 and wrote the final draft of poem “Crossing the Mojave and into the Highlands of Arizona” that appears as liner notes to cd PAYNE / LINDAL / LIEBOWITZ (Line Art Records) that’s Bill Payne (clarinet), Eva Lindal (violin), Carol Liebowitz (piano) —– photo by MW November 16, 2o19 —————– (These type of shots from the front seat are merely point & shoot, I’m not looking through the viewfinder and composing, only picking the camera up and shooting blind—Not to worry anyone) 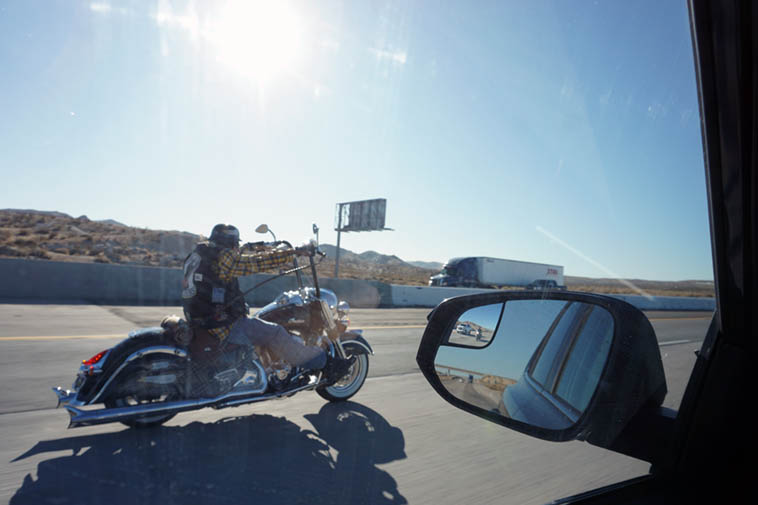 This is the second batch of bikers in an hour —- Hangman’s handlebars —- I don’t know what year but that’s an old Indian-head bike —- their colors: AMERICA’S CRUISERS —- just outside Barstow on Rt.15 (Rt.40 ends/begins at Barstow and goes all the way east to Wilmington, North Carolina, 2,554 miles) —- photo by MW November 16, 2o19 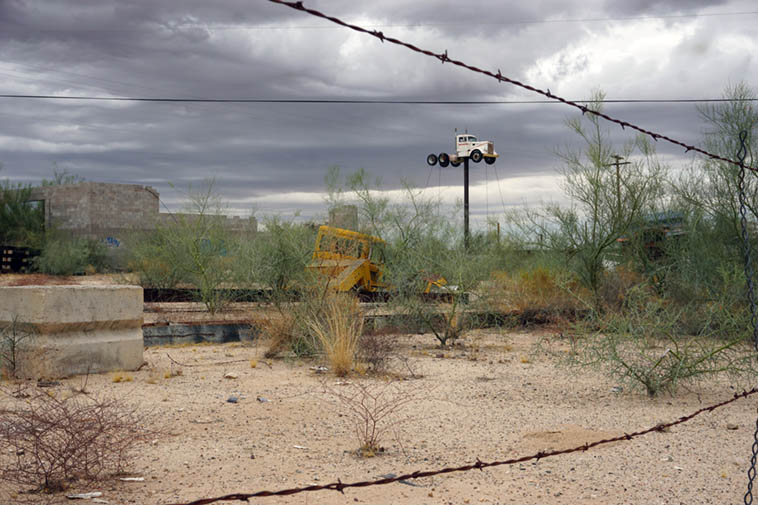 I have drove past this oddity for years and finally took the time to get off the highway and take some shots —- Yucca, Arizona, on old Route 66, off Rt.40 —- November 19, 2o19 —- photo by Mark Weber 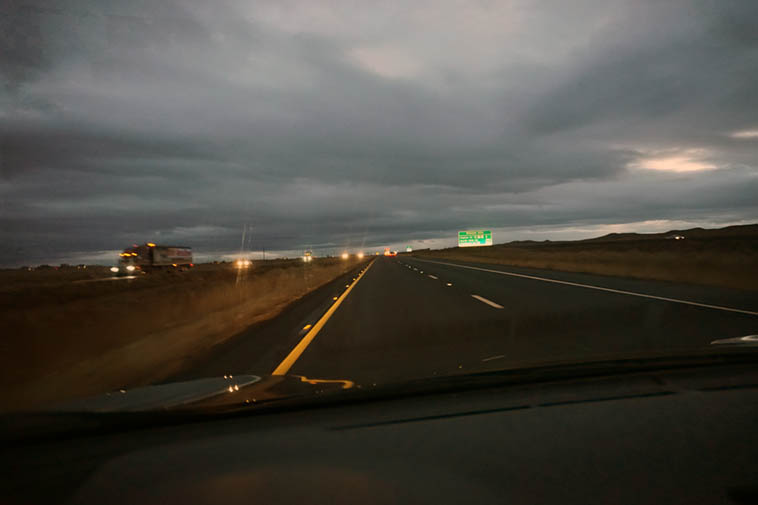 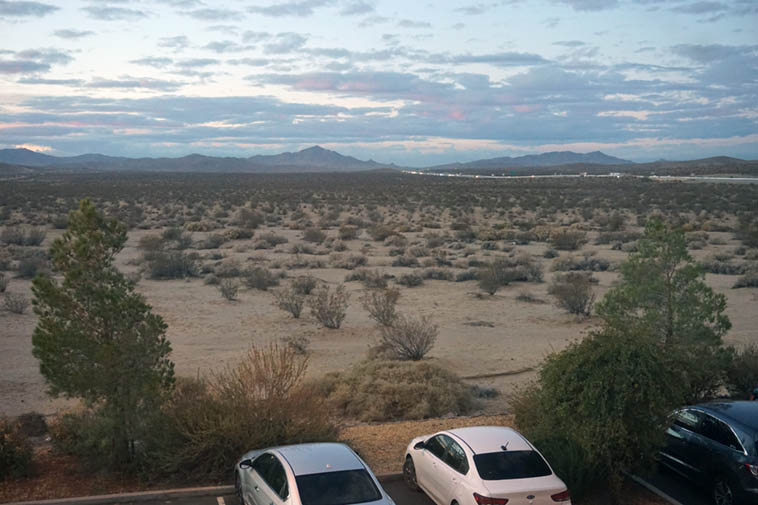 This hotel on the edge of town
as Barstow expands
Stunning view south by southwest of
open desert and desert mountains
chaparral, mesquite, and the flow of lights
a steady stream on Rt.15 this Tuesday
morning out my window
Orange Pekoe tea cross-legged in bed
One of these drawers must have a Gideon’s
Hotels always have Gideon’s, not unless, as
the rumor goes: hostelry’s in America
are now run by (east) Indians and the
Gideon’s folks were uncomfortable asking Hindoos
if they could place their Bibles here for us
Wanderers, I’ll check the other drawers, there’s
a poem in this somewhere 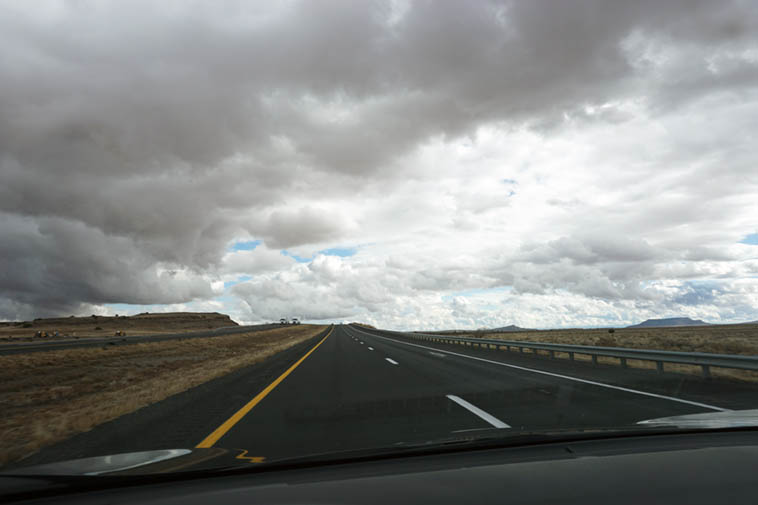 Someone once asked me that if I could live anywhere in the world where would that be? And I said I asked myself that many years ago and I went there: New Mexico, astral travel, calabacitas, green chile stew, red rocks, ponderosas, good people of an old stock that built their own houses, grew their own vegetables, fixed their own cars, even started their own radio station: grass roots DIY people. Now, if someone would ask me where in this world I’d most like to visit, I’d say Babylon, where Babylon once stood, but we know that’s problematic these days, so, probably not in this life. And where, if I could time travel? Probably the city of Ur, Sumer, circa 2,285BC and visit the priestess/poet Enheduanna. But, we live in interesting times these days, (maybe a little too interesting with that weirdo living in the White House), but, interesting nevertheless. This photo just east of Laguna Pueblo on Rt.40 around 11am Wednesday about an hour west of Albuquerque and home November 20, 2o19 —- photo by MW 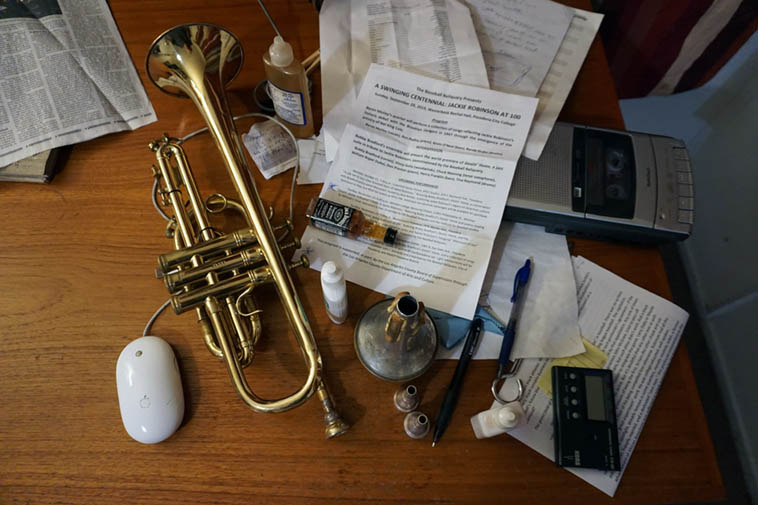 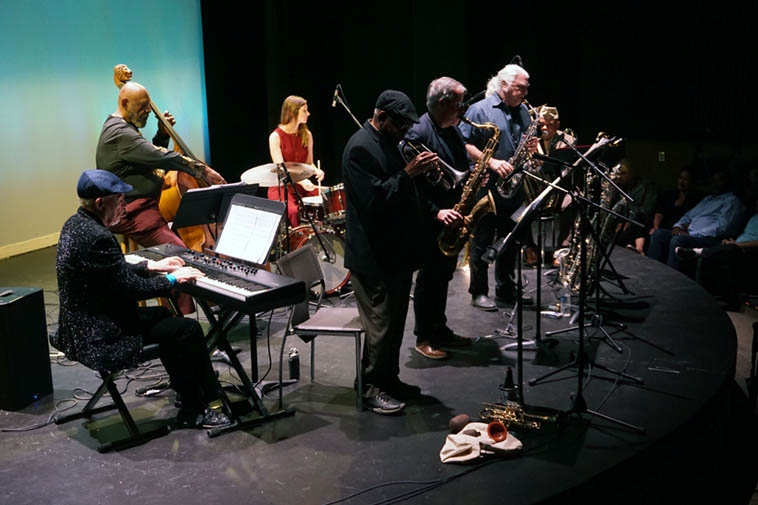 Tina Raymond is going to be someone to reckon with in jazz drumming, she’s already a great great drummer, having studied with Joe LaBarbara, and in high school in Detroit her band teacher was Marcus Belgrave, her new cd LEFT RIGHT LEFT is in constant rotation on the Thursday jazz show —- photo by Mark Weber —- Tina is an instructor of percussion at L.A. City College —- Her drums are made by: Geo. H Way (that’s what it says on the kick drum) 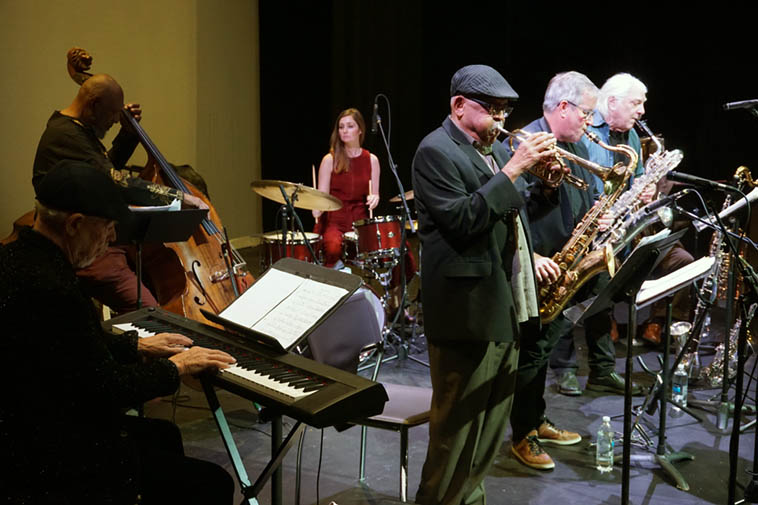 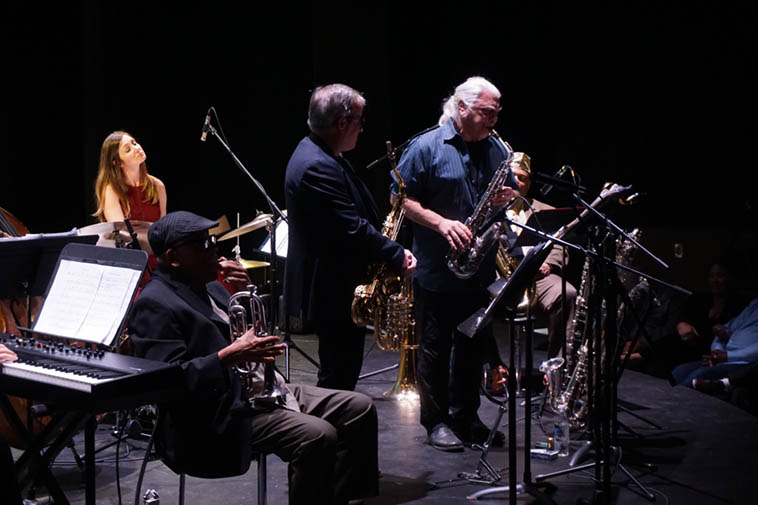 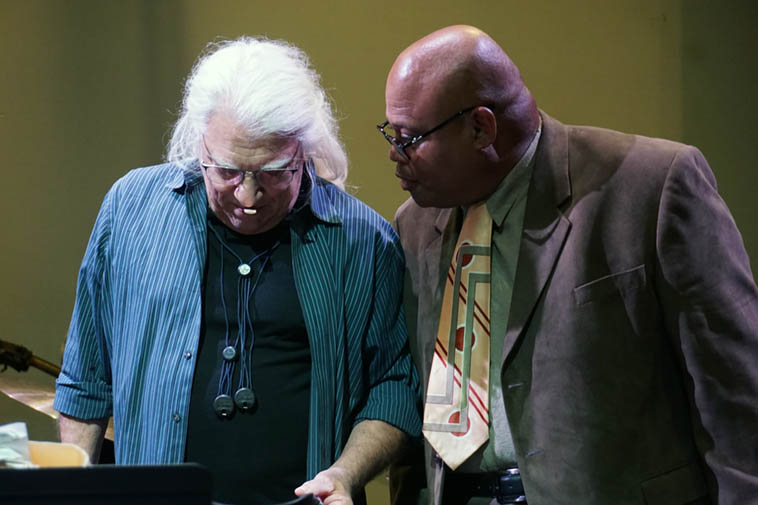 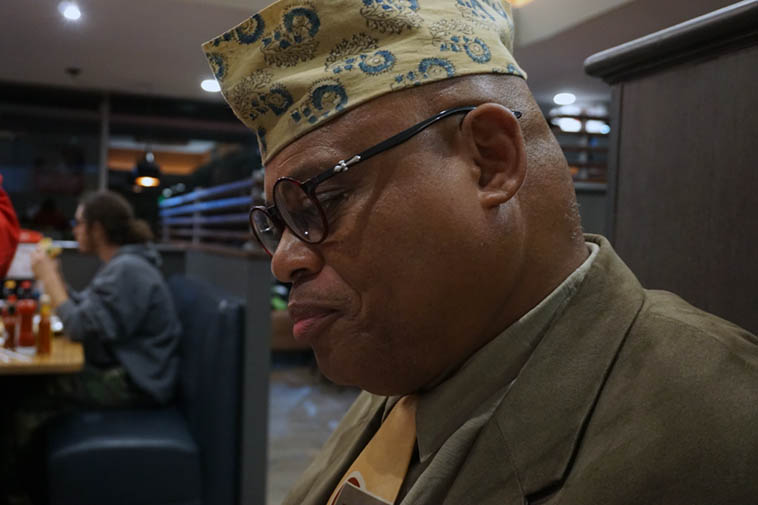 Late night at IHOP on Arroyo Parkway, Pasadena, William Roper inspects the menu —- It was at this table I found out William used to play with Jimmy Cleveland’s low brass ensemble in L.A. —- photo by Mark Weber —- November 17, 2o19 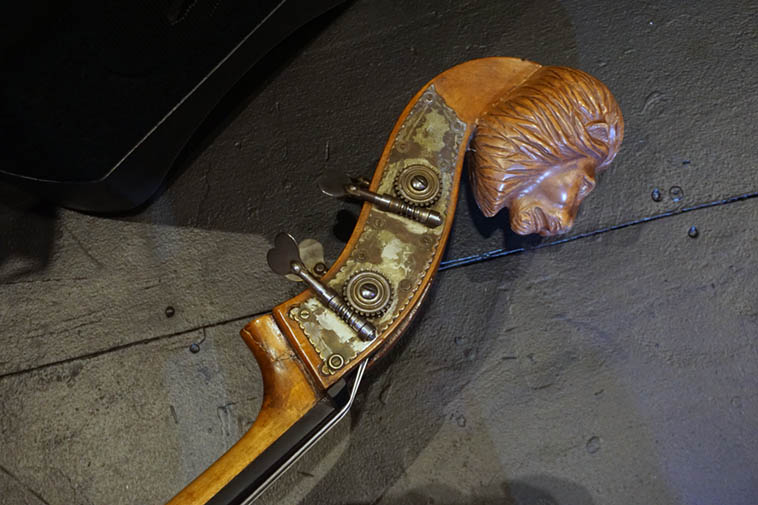 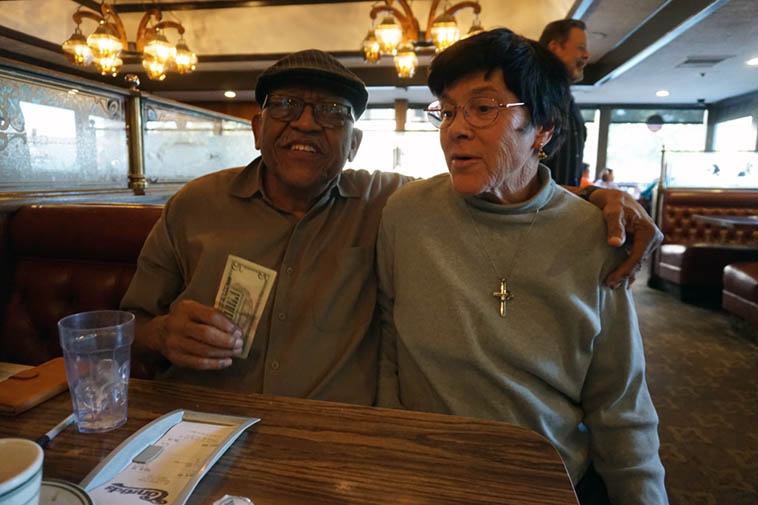 You can’t go anywhere in Pasadena with Bobby Bradford without running into someone he knows —- We were at our favorite diner Conrads when this former student stopped by our table —- trumpeter Liz Butz —- November 18, 2o19 – photo by Mark Weber 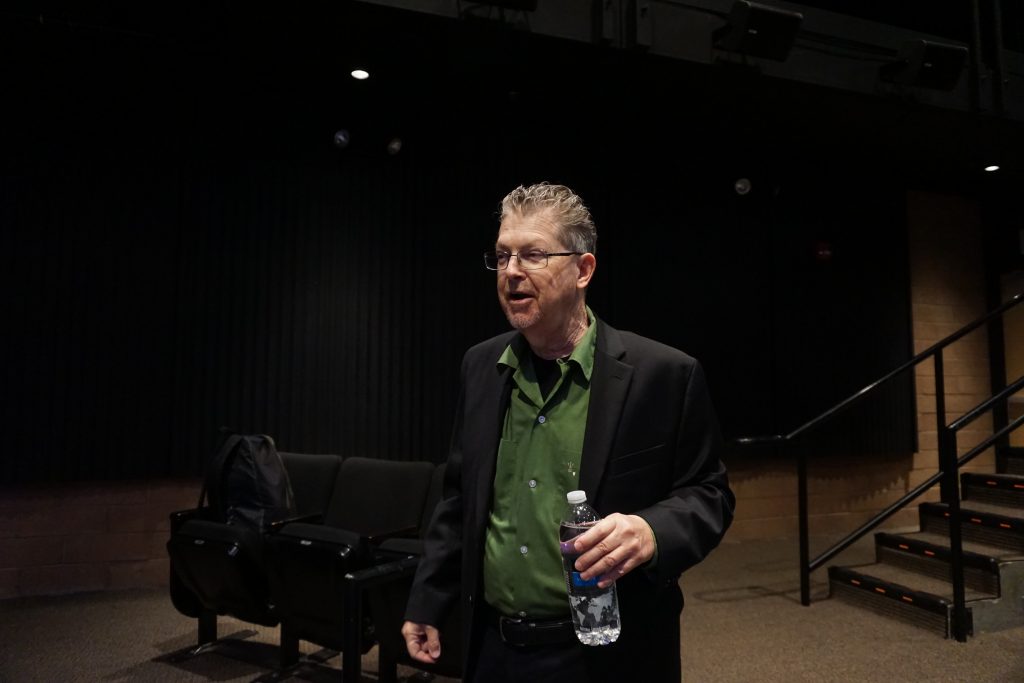 Our hero Terry Cannon, the man who makes things happen, even when cancer is trying to take him apart, the producer of this series of Bradford concerts for Jackie Robinson Centennial —- Sunday November 17, 2o19 Boston Court Theater, 70 N Mentor, Pasadena —– I go way back with Terry, having been the music columnist for his monthly arts & everything else magazine FOLLIES in the 1970s, a good guy 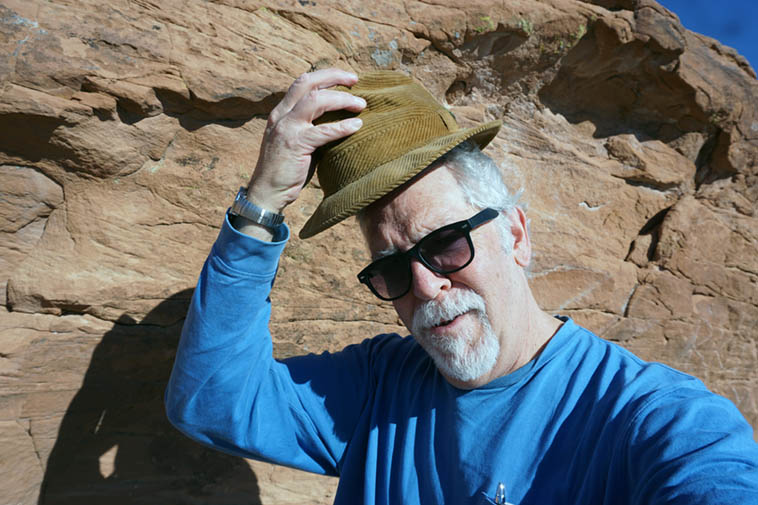