This is an epistolary book, a mode of writing quite popular in the 19th century, a form Dostoyevsky…

This is an epistolary book, a mode of writing quite popular in the 19th century, a form Dostoyevsky used for his first novel POOR PEOPLE, the book he wrote before he went to Jail for a decade. But it wasn’t POOR PEOPLE that got Dostoyevsky sent to Siberia; it was “conspiracy.”

Though I doubt Ann or Kell will get thrown in the slammer because of this tome, it is conceivable that with a few changes in politics, along Reaganistic lines, they might be indicted for this conspiracy, this honesty & openness, and life-long iconoclasm that necessarily personifies a poet in these days & times.

It is a fine day when one receives a dispatch from either of these two. Both are consummate letter writers. Annie’s most often are typed out in long narrative prose lines, laying on the page like a poem. Kell’s are also typed, and go on for 2 pages and sometimes 4-. Both dip into memories and present thoughts freely, rambling with untarnished sincerity. Both do their writing in the mornings, before work, sometimes before the sun comes up.

In the American Small Press Lit Scene there are few heroes — few stick with it long enough for lionization; few last long in the void of non-recognition the world affords serious writers, let alone, poets. Few have the true soul of the poet, that lasts a lifetime. Kell & Ann are poet heroes of mine.

Scott Preston up in Idaho calls Kell, “The missing link between the Beats and cowboy poetry.” Charlie Mehrhoff over in Colorado says, “…for my money Kell Robertson is the greatest living poet in the Lower 46.” Jerry Kamstra has a lot to say about him in his novel THE FRISCO KID) (Harper & Row 1975) recounting their North Beach days of late 50s early 60s.

Out of the upheaval of the 1960s certain poets arrived, and some of those poets are still with us.

Ann is well known among Bukowski-ologists as that crazy broad who flew down from Sacramento on various weekends in the early 70s to tantalize Bukowski in L.A. (It was not a romance). Her remembrances from those times can be found in ALL’S NORMAL HERE (Ruddy Duck Press 1985) by Loss Pequeno Glazier, subtitled: A CHARLES BUKOWSKI PRIMER. Another revealing autobiographical note comes from WORMWOOD REVIEW 78 with the poem “(Growing Up.”

As stated in Ann’s opening query, this dialogue began with her, she ran herd on the manuscript, editing it into it’s present form, selected from correspondence between July 11, 1989 thru february 14, 1990. She in her Sacramento alley house and Kell in Ft.Worth. Both of their innamoratas played some part in this too: Ann’s man John Ahern fielded several phone calls from me, and Kell ‘s Betsy came up with the title MAILBOX BOOGIE (Ann tagged the rest of full title on to that). I am only the humble typesetter & publisher of this work. I touched not a dot in the submitted manuscript, with the exception of one change, that was approved by Annie over the phone. I layed out the pages, and selected the poems & photographs, writing the captions from notes & letters provided by the authors. I selected poems referred to in the text and tried to steer clear from reprinting any already available materials, for personal reasons I hadda stick poem “Of Bats And Drunks” in here ’cause it’s one o my all-time favorite poems. First time I read it was a mere 3 years ago after t.l.kryss gave me a copy of SWAMP ROOT 2/3, and next time I saw him, downtown Cleveland outside Old Erie Street Bookstore, we both marveled at what a great Great poem it is. One of the prettiest books still available of Kell’s is BEAR CROSSING from Steve Jacobsen of RHODODENDRON magazine. A poem in there, “Letter from Old Crow,” is a reference to Ann. Kell & Ann refer to each other as Coyote and Old Crow, which almost became the title of this book.

Ann’s latest collection ROUTINES THAT WILL KILL YOU (Bogg 1990) is so good that even the reviewer for FACT SHEET 5 couldn’t piss on it. I remember New Years before last, when my folks were up visiting from SoCal and I opened a letter from Ann which included a shorty poem about a woman getting on a bus (printed in Zerx Press POSTCARDS volume), and sitting cheek to cheek with my Mom in mid-afternoon handed it over to her, and there were no words exchanged, but know that it moved her. (My Mom raised 3 sons, and lived in household of 4- males, counting my Dad — probably some sort of trial for this wonderful delicate lady).

2 pages is enough from me, so let’s end with this line Ann wrote Kell once: “I’ll just go down as a jackass hopping over the desert of my own mind, looking for water to quench the thirst that started me off in the first place.” 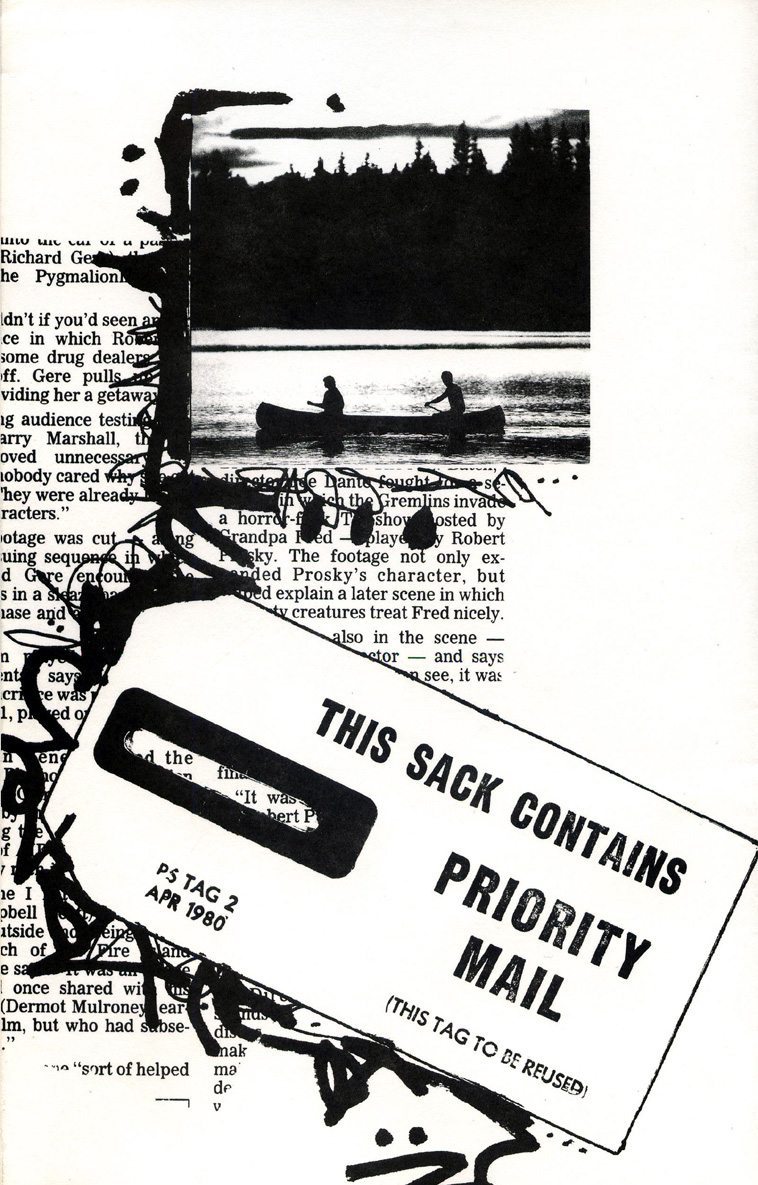 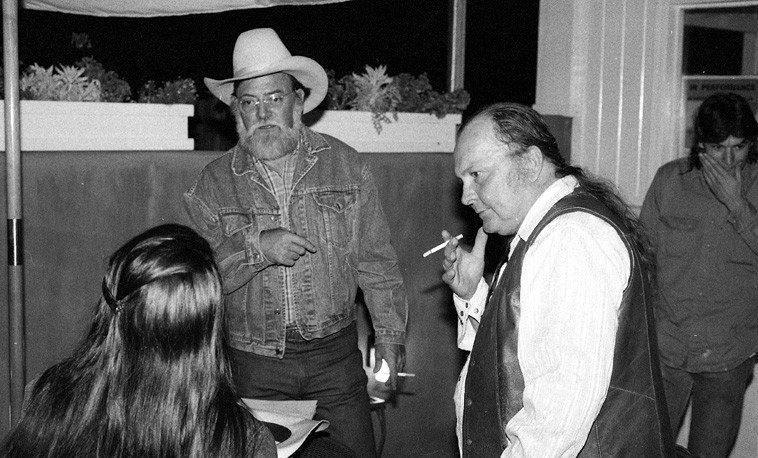