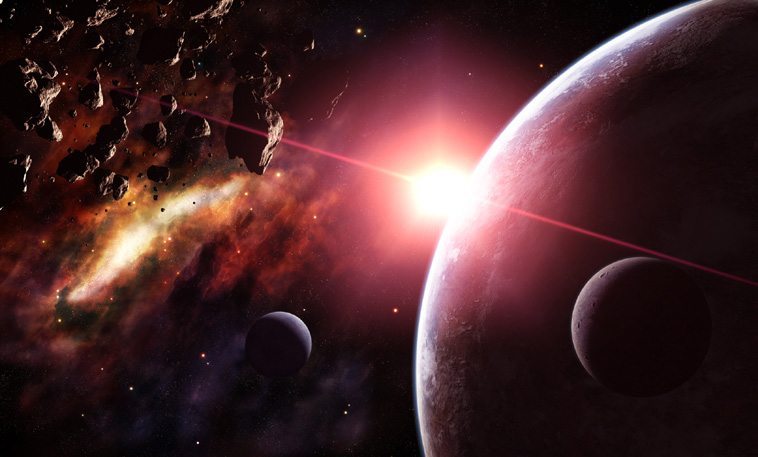 SIX TIMES AROUND THE SUN

Mark Weber — hubkaphone on all tracks

Over the last 6 years I have been recording Hubkaphone duets with all you good people and finally I’m in the middle stages of mastering the CD.

I am nearly ecstatic at how good it sounds and how far beyond it has catapulted my expectations. There is still quite some tweaking and massaging and twiddling to do on it, but wanted to alert you to its production. 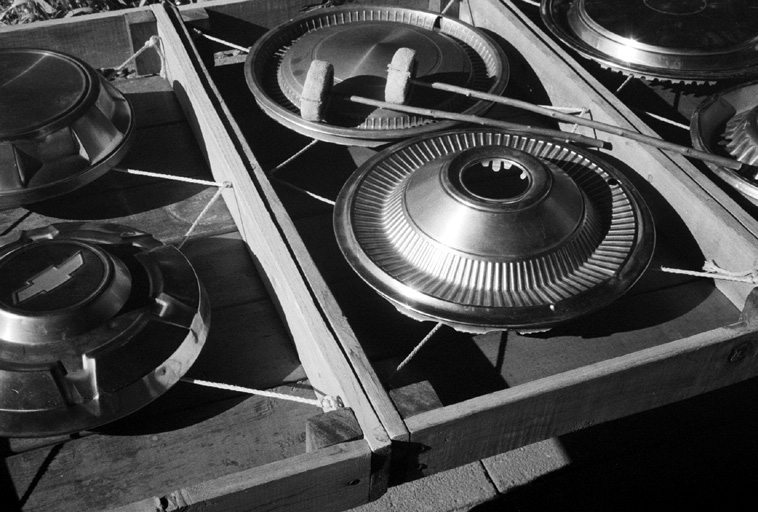 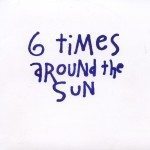 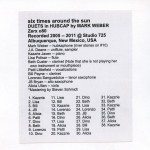 That’s a reference to how many years went into it. Stephen Schmidt is assisting me with the mastering and it’s coming along like a charm. 38 tracks. About 68 minutes. I intend to release it as a CDR in an unlimited edition of 200. Just for friends and confreres. I am blessed to have your friendship. — Mark Weber

All sessions at Studio 725, Albuquerque. All tracks unedited purely organic as they occurred. Release date: November 1, 2o11. Just a simple little record. No edits / no processing / no compression

This would be good music to paint by.

Background music while you painted abstracts or landscapes. Painted giraffes on the side of your car. Paint your fingernails. Paint over everything and start over again.

The title refers to the span of years that these recordings encompass. Six times we circled the Sun while these recordings were coming into existence. All the music was spontaneously improvised and composed within the moment, floating as we are, in space.

Even though we took this record through 6 versions of the production master we wound up going back to the raw tracks — we experimented with various compression(s) but they were not going to get the organic sound I wanted — so besides some minor manual adjustments to Loudness in some places and a little massaging of Left and Right channels, we decided for the most part to release this in the raw original form — in fact, in some cases we didn’t touch the hard Right and hard Left orientation of the tracks — SO, in a way, a person could take this CD and master it however they wanted. There was no compression used, which is unusual in a percussion record. This work was done at Fly On The Wall Studios on the mesa above the Santa Fe River by Steven Schmidt who rides the rapids of the Rio Grande in January and the Colorado River in August. I think he has those backwards. 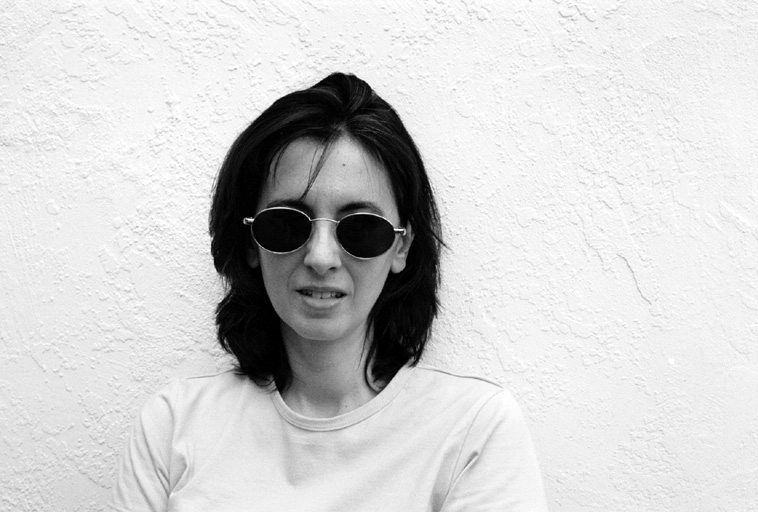 All of the individual recording sessions up to Lisa Polisar’s (September 23, 2007) were mastered by Quincy Adams. He was too sick with cancer to work on Lisa’s, which is why you hear her session in glorious exaggerated stereo. (Q died on the last day of 2007.) The sessions would take place at my house (Studio 725) and then I’d take the recordings to Quincy to master. Each session was in the realm of one or two hours in length. None of this music has been released before, although, tracks from these sessions have found themselves on various other Zerx releases. Originally, I was working on a hubcap collage — Quincy and I worked on two of those for most of 2006 finally “realizing” it on February 14, 2007 released on ALBUZERXQUE Vol.27 as “Hubcap Narrative #1.” “HN #2” was more of a practice run at it, created concurrently with what became “HN #1.”

Then we started work on “HN #3” which incorporated words amongst the hubcap duets — I added the words at Quincy’s — merely words floating in between the duets, not over-dubbed — just a word or two, no sentences — it was in the experimental stages and was to be about 20 minutes in length just like “HN #1” but Quincy hung in as long as he could. So, “Hubcap Narrative #3” exists on the Zerx hard drive that is under a bookshelf these days. Never did finish it. 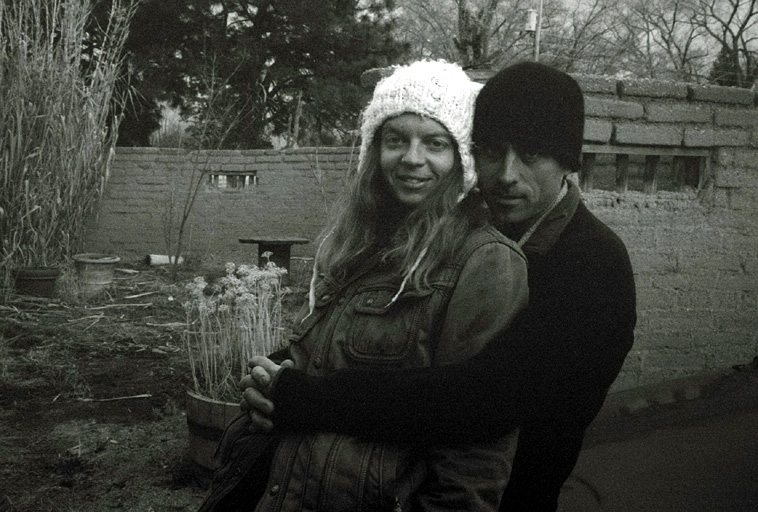 You’ll note that track 16 actually begins with a sampled note, which comes before I play a note on the hubcaps, which is like putting the horse before the cart, but it’s a decision Quincy and I made in the editing and I live by my decisions.

The process of making the Production Master fell to Steven Schmidt and even the sequence fell to Steven as I read a magazine. I had already picked the first and second track but told him other than having the same artist too close together in the sequence I don’t think it really matters. I think we can convince ourselves that it does but that’s just the mind working overtime building up false temples. This record did not call for a dramatic or symphonic curve, it wasn’t about working toward a climax or denouement, it was about one long batch of individual duets all in a row.

As to Beth’s clarinet on this disk: Beth and her husband Federico were traveling through New Mexico during the holidays and we had them over for dinner or we went out to dinner, one. And later, we had a recording session and Beth borrowed my wife’s old Selmer Bb clarinet, as Beth wasn’t traveling with her instruments. Beth plays the entire clarinet family and is one of the great artists of arranging and clarinet out in San Francisco. Her records are very important. She works under the principle of constant rediscovery. She’s always fresh. 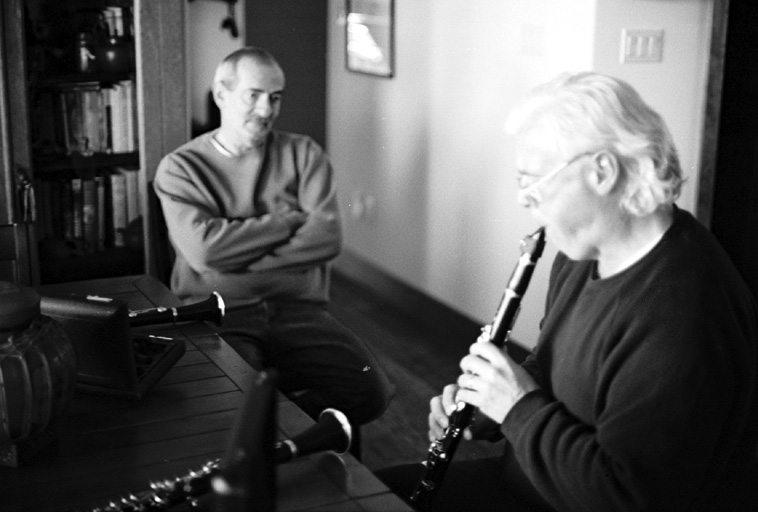 I think when Lisa was born she arrived with a piccolo in her little hands. She was born into a family of music educators on Cape Cod and she eventually matriculated at the Harrt School of Music, Connecticut, (where Jackie McLean was a teacher)(majored in Flute Performance) then moved to Albuquerque 1992 – 2007 where she gigged as a jazz flutist and was also a member of my MW Poetry Band. She now resides in Oakland, California, and is still my first call flutist. We miss her presence close by. Lisa is also a mystery novel author and has a flute method book in print: STRAIGHT AHEAD — A Musician’s Guide to Learning Jazz and Staying Inspired. (Around Oakland she is known as Lisa Towles.)

Alicia was also born into a musical family, her sisters are all violinists and cellists and her father is Lloyd Ultan the post-modern composer. That makes Alician a post- post-modernist. No, that wasn’t a typo, I’ve been calling her Alician for so long I forgot why. She’s a post- and present member of the MW Poetry Band. 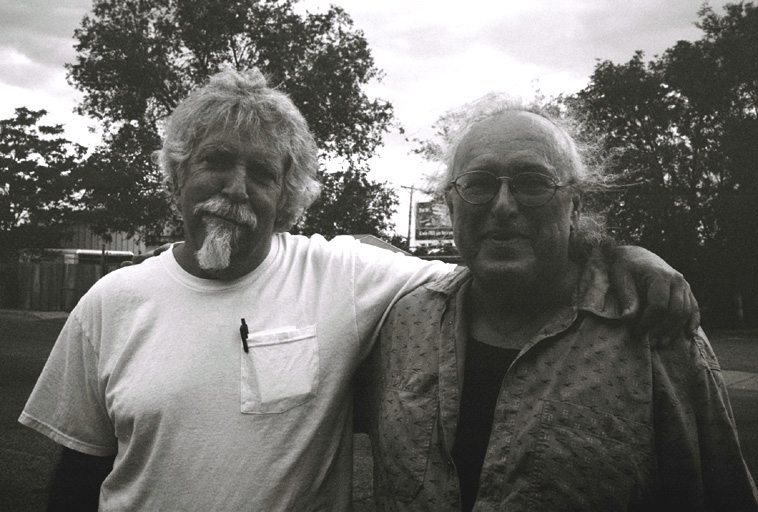 Bill Payne has that liquid chocolate burnished chalumeau sound that only clarinets in the most accomplished hands ever deliver. Same with Beth Custer. (I spent too many years listening to John Carter to listen to anything other than this sound.) The clarinet demands its full attention and both Bill and Beth focus all their powers upon it.

Patti has sang karaoke with Joni ( ! ) and is a jazz singer around Albuquerque and hails from Oklahoma but has lived in NYC and LA and some other places God only knows about. That was purely her idea to gurgle through a straw. She’s my cuz.

Lorenzo is a student of Connie Crothers and speaks four languages and has toured Europe with pianist Carol Liebowitz and is an elliptical sideways inside out thinker. Dynamic action.

JB is in possession of what the Buddhists call Beginners Mind. Would that we all could have that mind set. He is the publisher/editor of La Alameda Press and is the graphicologist for the Outpost Performance Space and is a painter of things only bees can see. (see JB’s design for Connie Crothers’ CD LIVE AT THE STONE.)

This is not the first hubcap record Dino and I have made. Way back in 1998 we made VEHICLE VORTEX VERTIGO which was a live performance for an art show opening where we played for five hours! I also used the hubkaphone in performance with our band The Bubbadinos. Dino and I have knocked out hundreds of projects together — performances, CDs, radio shots, and innumerable sessions untold, as yet — we were responsible for the Todd Moore magnum opus DILLINGER on Zerx Records. 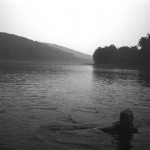 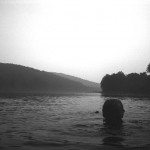 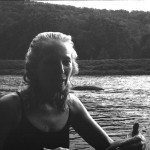 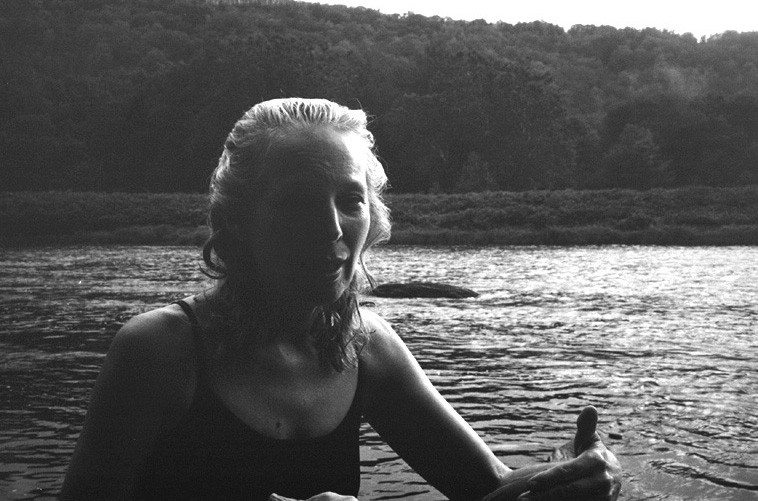 Kazzrie Jaxen hails from another planet as yet undiscovered in the universe. I think it is Perelandra (see C.S. Lewis 1943 novel) where very pleasant god-like people welcome you and feed you only the foods you need and take you to restful places next to rivers and swim in languid blues and greens and the trees all listen to you recite Rumi poetry and the roads twist and unravel through little valleys and villages and the dogs all speak English and you can have chocolate cookies all day long. Where manifestations of evil have never found a home.

As much as I owe to Henry Threadgill for his development of the hubkaphone my sound is completely different from what he took from it. I like a quiet, smooth, round sound. I’m the Paul Desmond of the hubkaphone. I’m not sure how Henry set up his hubcap array, but I borrowed the modular constructions that I had used when I was a member of the local gamelan orchestra (Gamelan Encantata under the direction of Jenny DeBouzek). My sound is more akin to what John Cage achieved in his 1946 “Sonatas and Interludes for Prepared Piano,” almost a hollow, ancient, distant, bell tone that rings clear and translucent, like Gerry Mulligan says: “I like a sound you can see through.” 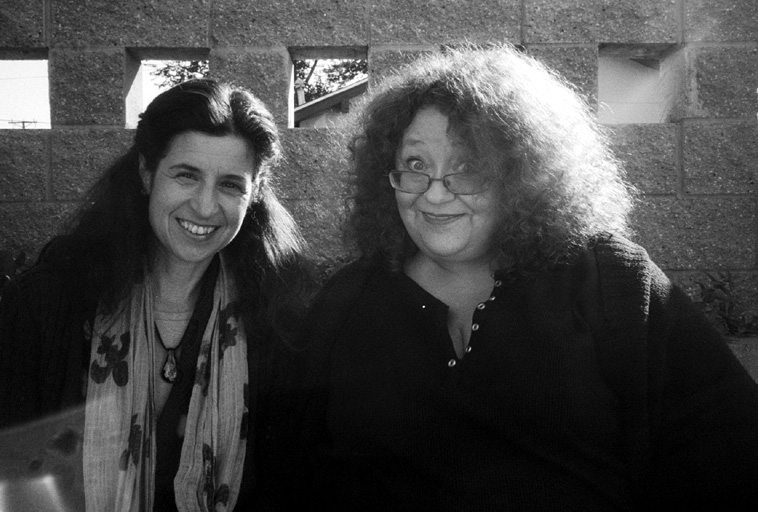 Some of the patterns used I’ll call “3 + 1” or “4 + 1” where I do a repeat rhythm figure of 3 and the plus note is randomly changed. Easy. I don’t exactly go to what is known as groove, at least, not in the traditional manner. I like to break patterns, not out of contrariness, but simply because I see the patterns in randomness. The time feel is what Bobby Bradford calls “rubber band time,” it expands and contracts. Although, you could probably make an argument that it’s all strongly related to 4, being that I am particularly hard-wired to 4/4. Or, as saxophonist Bill Plake says: “multiples of 2.”

Whatever it is, it’s not that complicated, mostly fun, like Horace Silver says, it’s the complicated music that’s easy to write, the simple stuff takes a little more time to get it right. 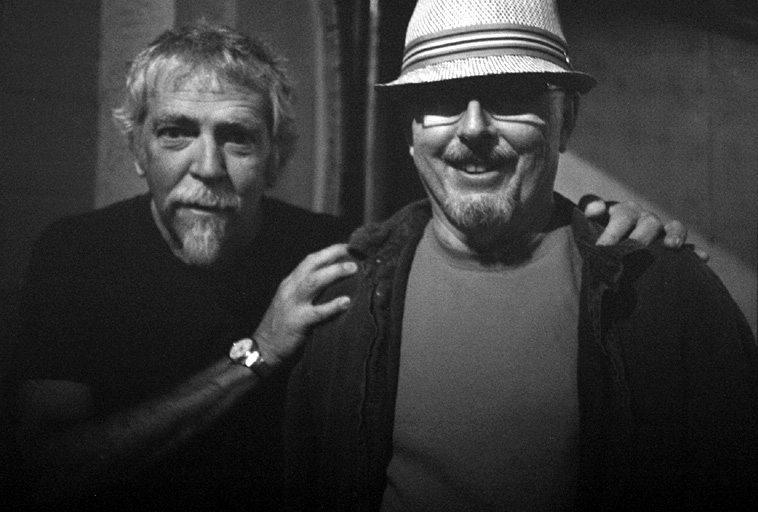 SO, we continue to circle the Sun and the hubkaphone experiments continue to unfold (recent session here at 725 with guitarist Adam Caine and drummer Federico Ughi) and we continue to morph and reinvent ourselves — Kazzrie after years of study with Lennie Tristano — J.A. Deane in the horn section of Ike & Tina Turner (he’s on NUTBUSH CITY LIMITS) and many years with Butch Morris and even a little shot with Anthony Braxton — Bill Payne fourteen years on the road with Ringling Brothers Barnam & Bailey Circus — Alician backing up Linda Ronstadt — Lorenzo gigging with Michael Bisio — JB in his adobe tea house in the Sandia Mountains — Beth crossing the Golden Gate to play with her notorious clarinet choir — my esteemed Kindred Spirits of the Hubcap circling the Sun. 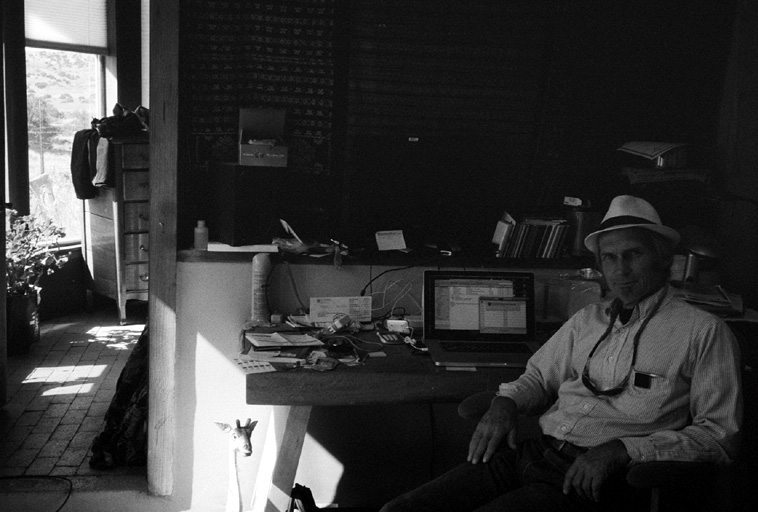