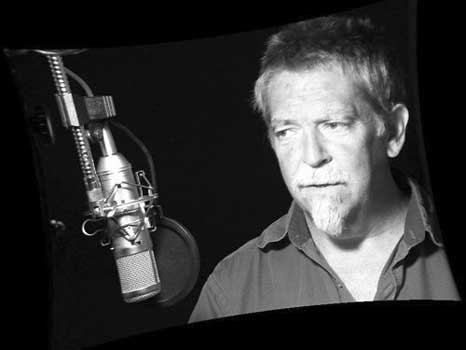 This is a shot of poet Mark Weber taken at a recording session in Albuquerque, NM © 2007 Photo: Cal Haines

“It would be a major disservice to a great art form to contain it within a defined orthodoxy. Without a definition it radiates outward. Nor would I care to venture a speculation as to what jazz is. I’m not too locked in on the word “jazz” anyway. If a cat (or kitty) can play, then he can play. Jazz is not a type of music, it is not a specific form or catagory. Jazz is a manner in which music is played. Jazz is the way you play the music, not the music that is played. Jazz is the original Free Form. It continues to evolve.” — Mark Weber

Weber was born October 21, 1953 in Covina, Californa. His family came to California from Kansas in 1940 as part of the Great Depression/ Dustbowl migration and settled in Pomona. His interest in music began early on as he played country and folk guitar with his step-grandfather, Harry Matthew, for family functions. Weber grew up in the suburbs of Los Angeles and graduated from Upland High School in 1972. The jazz influence came about through listening to records and the radio. By the time he graduated, he was a “confirmed jazz & blues & avant garde musics devotee.” In high school, Weber credits photography and his photography teacher, Jefferey Cole, with getting him through high school. In the 1970’s and 80’s, Mark Weber was witness to the experimental jazz scene in Los Angeles and recorded musicians and venues through photography as both devotee and friend.

Writing has been the focus of Weber’s artistic direction. His first major literary work was a seven page letter “concerning the state of the house” to his mother. Weber wrote for his high school newspaper in 1971, but it wasn’t until after his involvement with the Los Angeles jazz scene that he became caught up in chapbooks. He and poet/musician Gerald Locklin have published a number of well-received chapbooks.Weber’s poetry has become the focal point of his life, although he sees no disconnect between music and poetry believing a good poet must be influenced by music.

“So, let’s just say that by and large, I’m scared to know what music poets listen to, in terms of music. It’s not really their fault, they’ve been brainwashed by the industry. It’s rare to find people who actually pay close enough attention to music to be knowing about it.You can hear it in their poems. Clunky. No flow. no ideas or development of ideas. All the poets who are influenced by Bukowski went to the liquor store, but did they listen to Mahler? Or Borodin? Bukowski was a romantic. You never heard him digging Bach/Baroque music and you never heard him speak of 20th century music — it would have been great if he got some Ives, Cowell, Schoenberg, Webern, Berg, Bartok into his ears — whew, he would have soared even more. Gerald Locklin can play the piano! He’s a piano playing [expletive]. And it shows in his writings. And it shows in what he listens to. Ron Androla plays congas and listens far and wide. Fred Voss digs the blues. Todd Moore digs Mozart. These guys write their butts off. I’ve just always had high expectations for poets — that they were a little more musically hip. But it hasn’t always been my experience.” — Mark Weber

Weber has written poems, short stories, book reviews and for several music magazines. In June of 1976, his first monthly column in the international jazz music magazine, CODA, was published. He continued to write for CODA until 1990. Weber has since moved to New Mexico with his wife Janet Simon and publishes chapbooks by ZerxPress, a publishing house he started in Upland in 1983. In 1995, ZerxPress began publishing CDs as well. These days, Mark Weber paints and rennovates houses in New Mexico, publishes and DJ’s a jazz show on KUNM every Thursday afternoon.

The Mark Weber Photo Collection is best viewed with a 1600 x 1200 pixel monitor solution. Please have a look here…