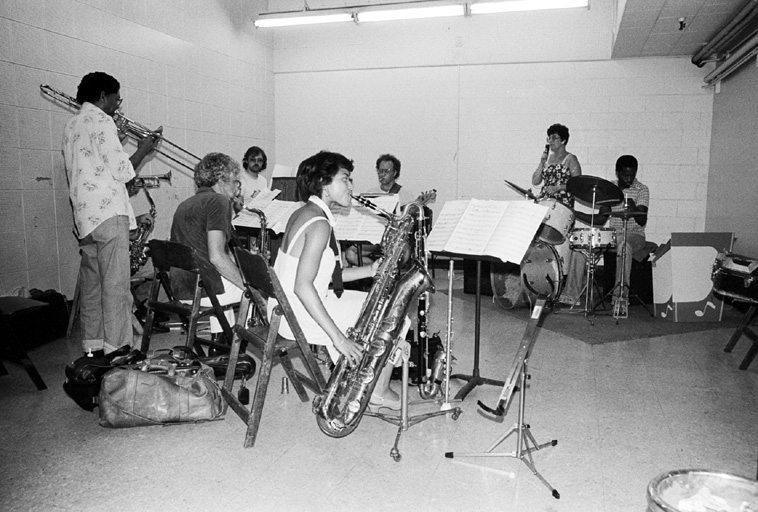 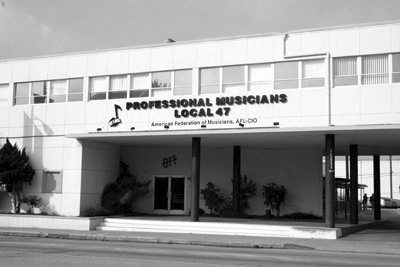 You can learn a lot by going to rehearsals. I’ve been going to rehearsals for about as long as I’ve been going to performances, all you have to do is ask. Jazz folk are fairly open and generous and if you are genuinely interested they always say yes. Only band that ever turned me down in all these years was the sax quartet ROVA who have a policy that rehearsals are a closed deal. That was when they were just starting out circa 1978 when I was living in Frisco. (Yes, I know San Franciscans get all hot under the collar when out-of-towners call their fair city “Frisco,” but I’m from Los Angeles and we call the place Frisco, okay, take a pill. Frisco Frisco Frisco! ) Smog was so bad in Southern California during the summers in the 1970s that I and my first wife Sharon used to flee to that northern town during those cancerous months.

The union hall in Los Angeles was a real community place. California streamlined modernist architecture that took up several acres. Just south of Santa Monica Boulevard at 817 Vine. I started stopping in there originally just to pick up the union member address book, or maybe I’d been invited to a rehearsal, I can’t remember exactly. There must have been a dozen rehearsal rooms and then there was the foyer, where the nice receptionists did their business, was like a large livingroom lounge area with couches and coffee tables, very cozy — I must have only visited the union a dozen times in those years (1976-1986) but it seems I always saw Marshall Royal hanging out on one of the couches visiting with whoever showed up. I have photos of him sitting in there. He was a nice guy. That was a preoccupation of mine back then: I was an “anthropologist” with a camera, documenting a culture in its natural habitat. And Local 47 was crawling with willing subjects. Good ol’ L.A. 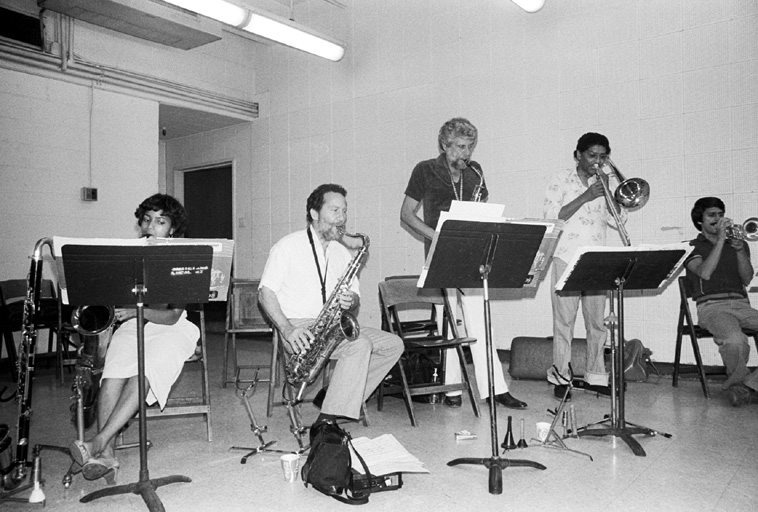 The union was a going concern in Los Angeles, an actual viable necessity of the business. Most musicians belonged. I’m not sure how it worked if a union official caught you on a club date without an eligible union card — they weren’t police and couldn’t arrest you — but, I’d see the late Marl Young (union rep) in the clubs of South Central glad-handing all the cats, giving high-fives, and being a friendly old guy with his conked 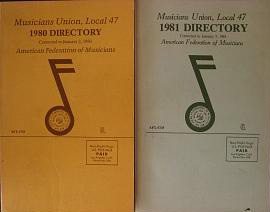 glistening hair. He looked kind of like Duke Ellington to me. Later, I’d hear the cats grumbling that he was only there to check their cards. Seemed like a nice enough guy to me. But then, I was the guy with the camera, everybody was my friend. We were all in the shadows of Hollywood. There also might have been a tacit understanding among the good people on South Central to keep an eye out for the naive white guy so he don’t get hurt. The Watts Riots of ten years previous still hadn’t completely cooled down and a white person in the neighborhood could cause problems. White folks didn’t go there. For example, Horace Tapscott would give me a big bear hug on his front lawn when I showed up at his place and I always thought it was a signal in the neighborhood that I was okay. Because, over the years, I did have a few uncomfortable situations, but then, I grew up in Okiesville and Okies can be, more usual than not, troublesome. Okies are mean sonsabitches so I wasn’t entirely unfamiliar with the territory.

So, you can imagine my confusion when I started visiting union halls around the country and finding them to be weird, unfriendly, embattled places. In New Orleans there seemed to be an all-out 3-way war between the members and the management, and the non-members. There was still a modest amount of rock & roll being recorded then, and jazz cats have always been the backbone of those pop records. And the French Quarter was popping with work for musicians. But the union was no place to hang. Now, I’m only making this judgement on one visit and maybe a couple phone calls (I called to get Red Tyler’s phone number) so, I was in the door and out. Uncomfortable. 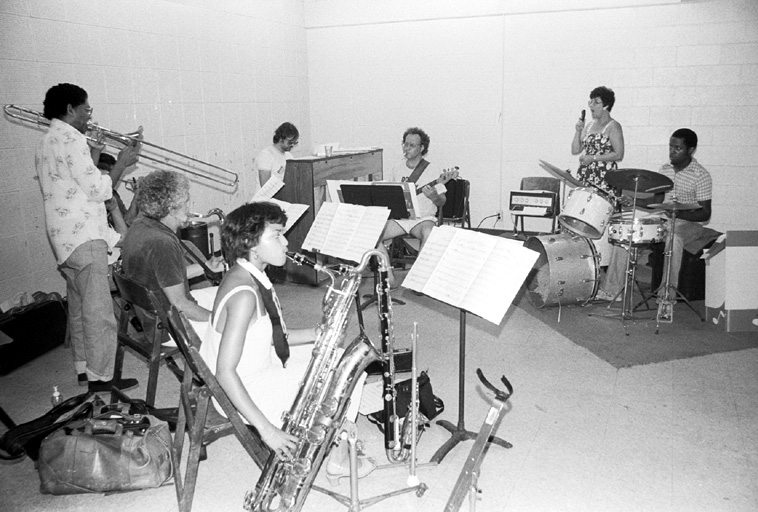 In Cleveland, Ohio, the boss there was downright out of his mind. Here I was from a national jazz magazine (CODA) and all I wanted was the union directory but he adamantly refused, with vigor. Said I had to be a member or some damn thing. He was one of those types that finds joy in being hostile. I couldn’t convince him that my request was in the interest of the musicians that he represented. He even made overtures to throw me out. He did his best to come across as a mob boss. Crazy thing was, a friend of mine had a neighbor lady who worked at the union and she gladly got me a union book. 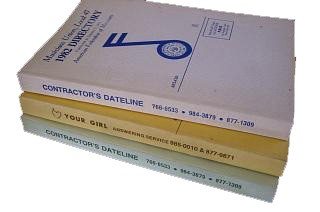 Frisco (Frisco Frisco Frisco! ) is a renowned union town but not many of the musicians belonged. Here in Albuquerque there’s a union but I don’t even know where it is. Most of the L.A. cats who have relocated here keep their membership up with Local 47 back home. And let me say that I don’t know any jazz musicians who work in the avant garde who are members, anywhere. There’s not much a union can do for them. Now, John Carter, the clarinetest, as well as Horace Tapscott, the pianist, belonged, who are both associated with the avant, but John had always harbored dreams of breaking into the studio jobs, and Horace, I think he just liked the camarderie. So, one fine Hollywood afternoon I’m standing in the causeway between the auditorium and the back lot rehearsal rooms, where automobiles enter on their way to the parking lot and up walks this nice lady who had gotten out of a stationwagen right in front of me and then drove on out back, and I ask her, “Was that Jimmy Cleveland?” and she’s just as friendly as can be and says yes it is and introduces herself and I introduce myself and by the time Jimmy walks up with his trombone case in his hand everything is peachy, and they invited me to come along to the rehearsal and that’s when my education in jazz jumped another notch. 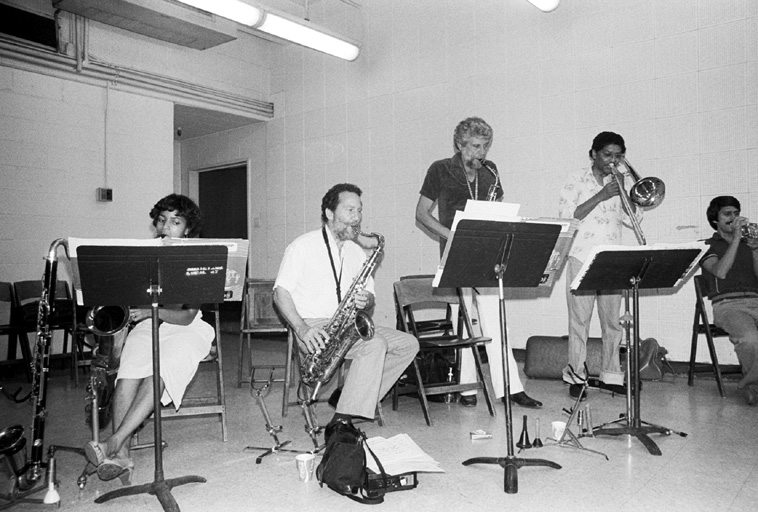 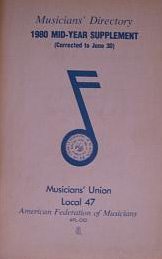 Jimmy Cleveland runs a no-nonsense straight down to business high speed rehearsal. He jogged his octet through a dozen charts in less than an hour. It was bang bang bang, my head was spinning he works so fast. Accommodating as can be, but firm, decisive, and exact. With all that jazz looseness implied, “You’ll be fine, just run with it.” They had a gig at Dontes over the weekend. They made quite a few adjustments to the scores, and I noticed that Jimmy expected them all to remember it all, as he gathered up all the charts after the rehearsal (standard procedure) and took them with him. Greenhorn that I was I thought they might want to take their parts home to review. Apparently, not.

I remember the impossibly gorgeous Fostina Dixon calling after me when the rehearsal was over as I walked down the hallway (we were born the same year!) and I’ve always been a blundering dolt around beautiful women and with her big brown eyes telling me about her band Collage that she wanted me to hear, wow, I melted. I see she now lives in Wilmington, Delaware, these days and teaches music in the public schools and has started the Wilmington Youth Jazz Band. 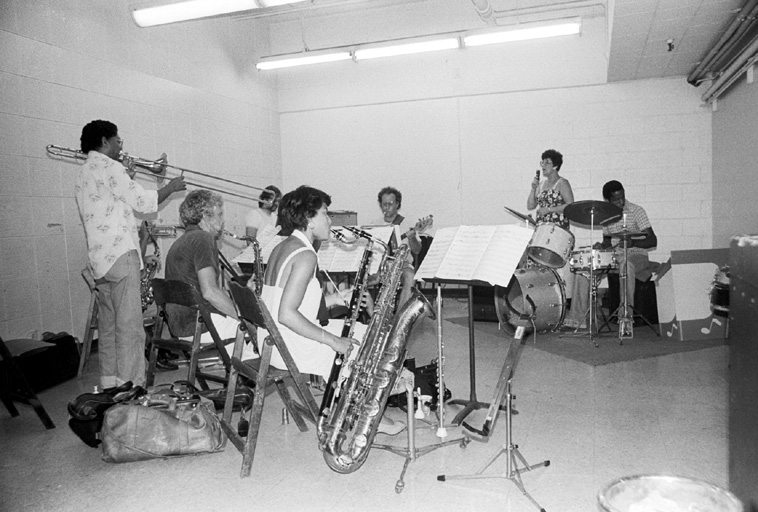 I asked saxophonist Gary Foster to look over my remembrances of Local 47 to see if I had it right. We had been having an exchange of emails over Supersax and I was telling him how much I dug their Lp record DYNAMITE from 1978. His response was so full of valuable information I asked if I could reprint it in this photo essay: In a message dated 11/10/2009 8:52:34 A.M. Mountain Standard Time, novamincATpacbell.DOTnet writes: 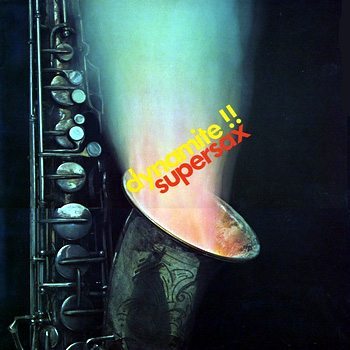 From yesterday: I don’t know the Dynamite recording of Super Sax. Before the band actually formed, there was one arrangement, Just Friends, done by Med I believe and it was in Mike Barone’s big band book. I often subbed on that band and played the 2nd alto part sitting next to Med. When SS actually started and more arrangements were written, I subbed there many times for Bill Perkins, who was the original 2nd alto in SS. Playing any inner part there was a great challenge. Joe Lopes also subbed there and eventually, I recall, Lanny became the regular on that chair.

The musicians union rehearsal facilities under went a complete remodel a few years ago – all for the better. No rehearsals are done in the main building now. All the years of Toshiko’s band (‘73 to ‘82) we rehearsed in the downstairs room in the main building. There was a lounge downstairs also that was occasionally used for rehearsals. There were several rather small rooms then in a rundown old building across the driveway near the main parking lot. That is now the main rehearsal building and was rebuilt from the ground up. Large and small rooms have good pianos, lighting and risers. I am rehearsing there today with Pete Christlieb’s band. Next time you are here you must make a point of seeing what they have done there.

In the early 70’s I worked at Donte’s every week with Laurindo Almeida, Buddy Clark and Chuck Flores. Buddy was co-leader of SS. Buddy asked me to sub on tenor for a rehearsal the next day. I couldn’t do it and sent Warne. That began his connection there. Warne wasn’t doing much and was glad to have a place to play and…. it gave them a really world class saxophone soloist. 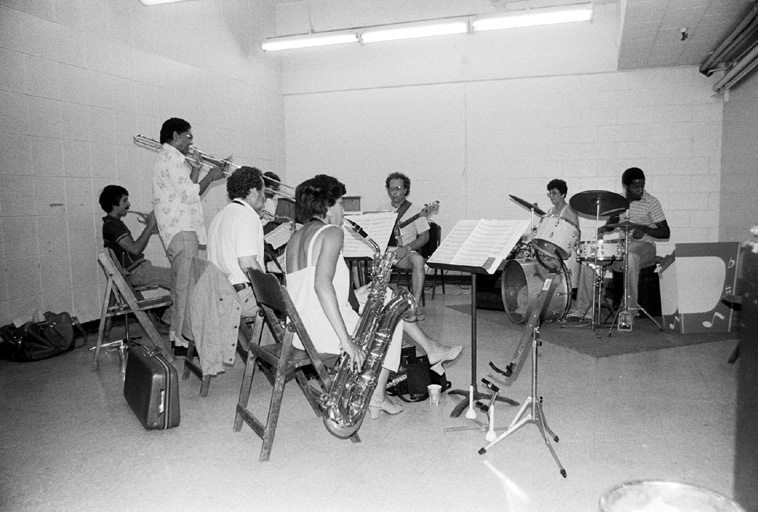 Jimmy Cleveland worked both Los Angeles and New York City in his life, back and forth. In an era of so many great trombonists, it’s daunting to think of it all. His sound was a lush, furry, ruffled tone combined to immaculate articulation. In fact, I think only another trombone player can really say exactly what kind of trombone player he was.

I asked Michael Vlatkovich about Jimmy Cleveland and he says he always liked Jimmy’s solo on Gil Evans’ “Ballad of the Sad Young Men.” 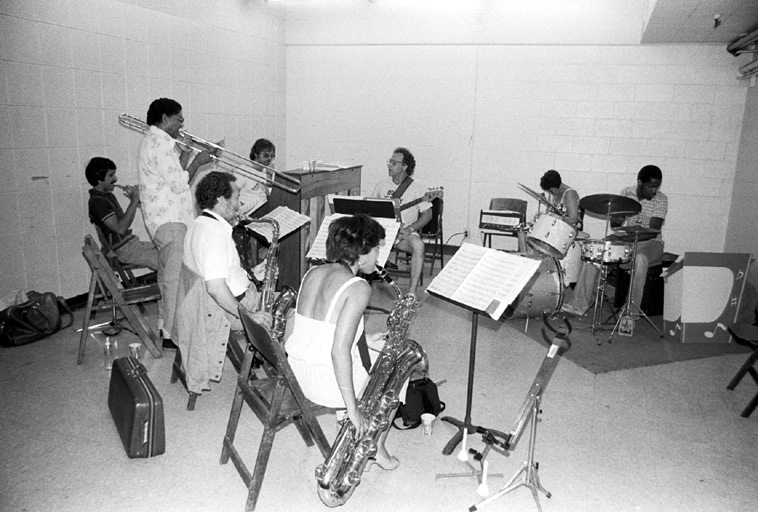 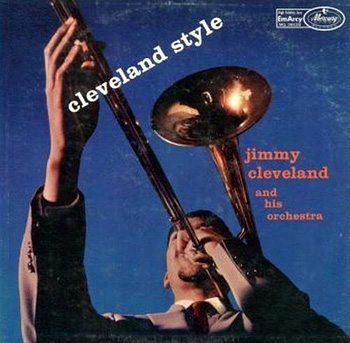 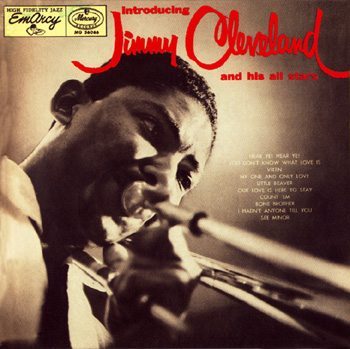 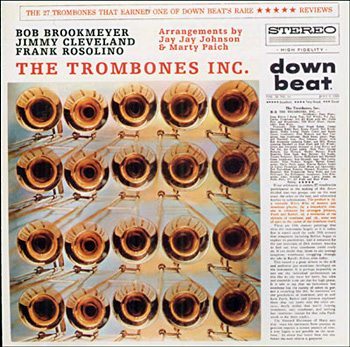 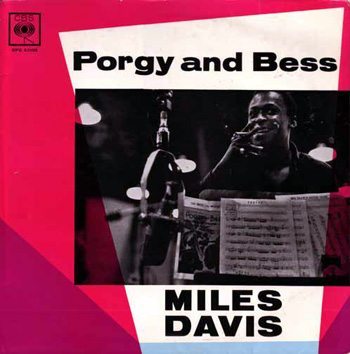 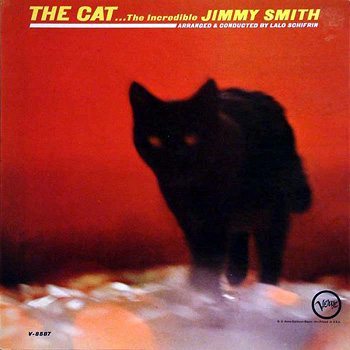 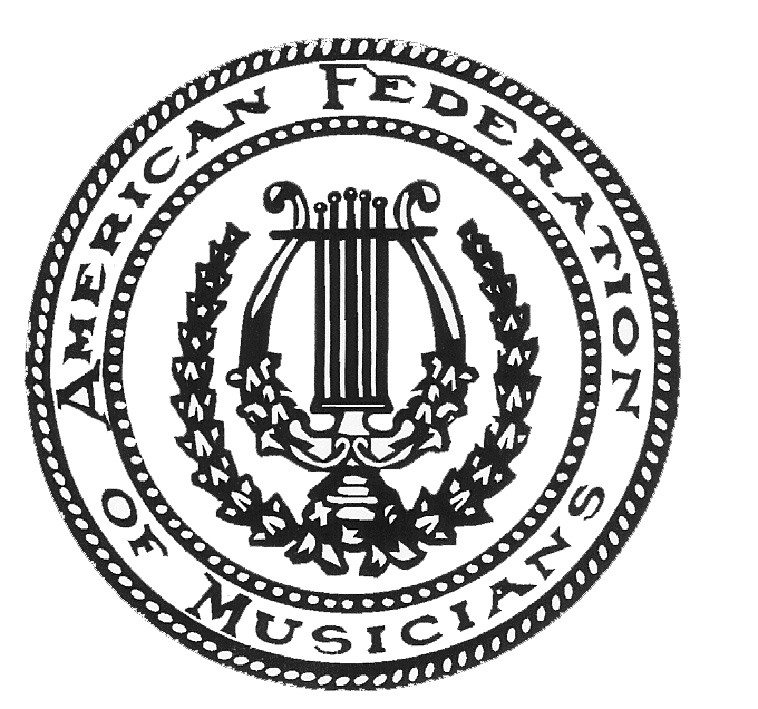