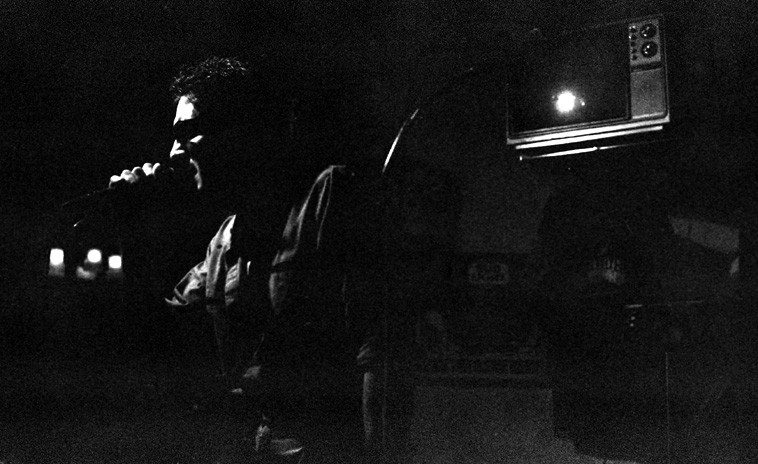 My wife Janet had never seen the Mighty Flyers before and when I took her to see them at the El Rey here on Central Avenue (Rt.66) (December 7, 1993) in Albuquerque I don’t think she was ready for what she was about to witness. They kicked it off with a stomping Chicago-style romp and from the downbeat they blew the roof off this old theatre downtown. KaBLAM! I think it landed over on the Rio Grande and floated south to Mexico. From the word Go they were already so intense about 30 people fainted from fright and when Rod jumped up on a table and started howling the rest of the 300 people who hadn’t spilled their drinks wanted to run but were too scared. Janet’s eyes popped out of her head and her jaw dropped into her lap. And she thought she’d seen it all, but not until she survived this night. The only other time I think she was this transfixed was in 88 when I took her to see Sun Ra. This is a blues band gone feral. Blues the way it’s done California style. We don’t mess around. The place was smoking so hard somebody called the fire department. Ambulances were double-parked out front. 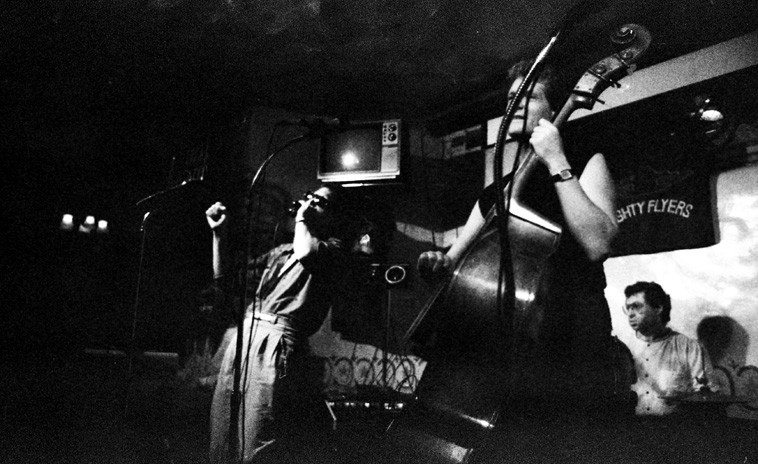 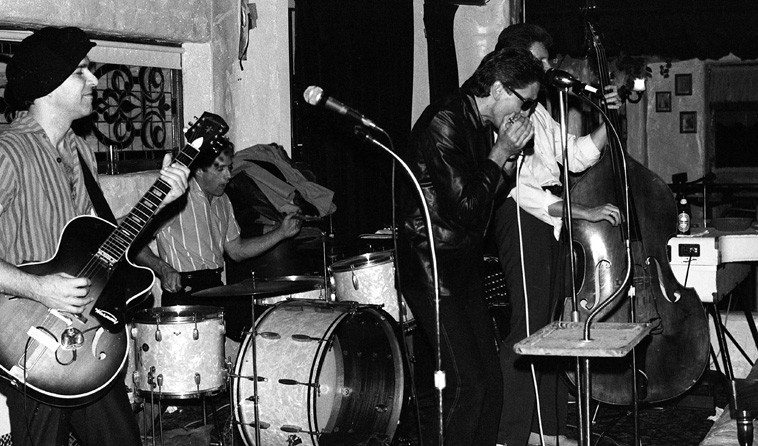 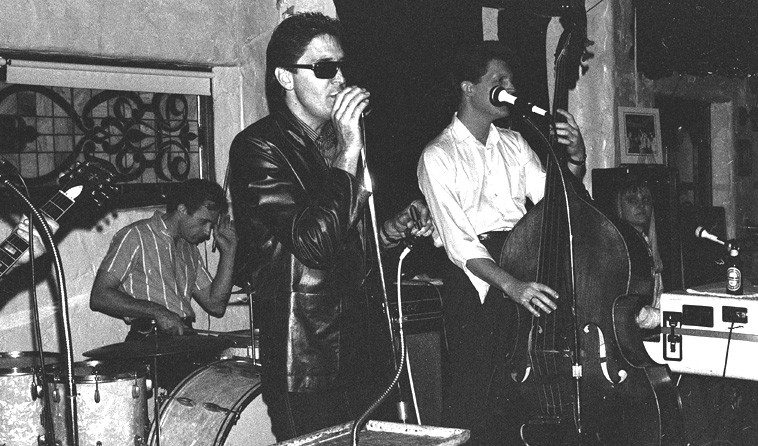 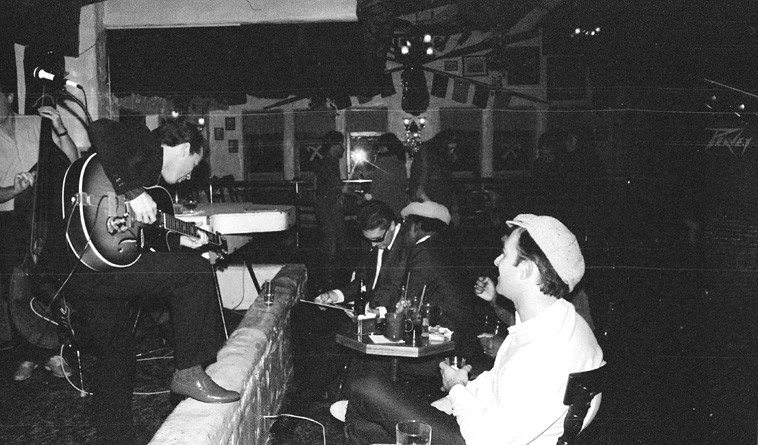 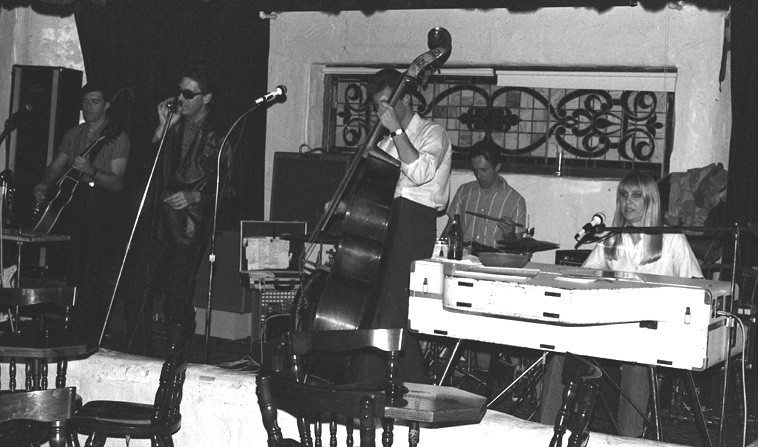 So, I’ve been stranded out here in New Mexico and haven’t caught Rod’s band in a long time. Although I pick up all their CDs as they come out annually. Mostly I was on the scene in the late-70s and 80s around their hometown Riverside, California, where I also spent a few years of my youth. Riverside is nothing like L.A. One hour east of L.A. and it’s a whole other world. A lot more horses and chicken coops. More pick-up trucks with gun racks. More sitting on the porch and talking with neighbors.

I began catching Rod’s band when they were they were called The Chicago Flying Saucer Band but soon turned into The Mighty Flyers. 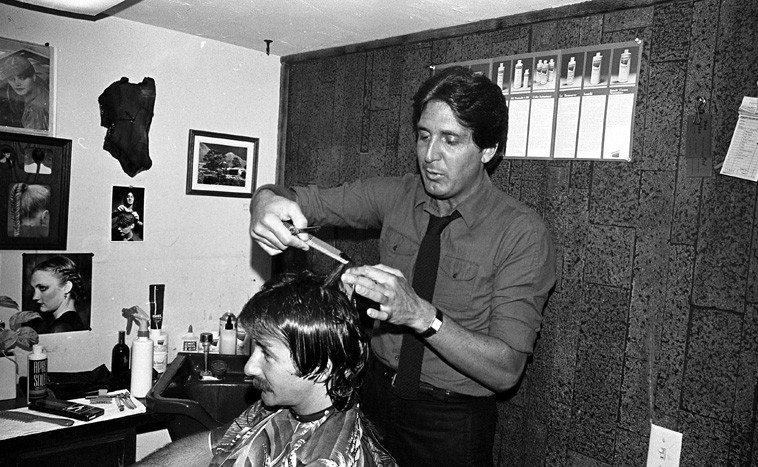 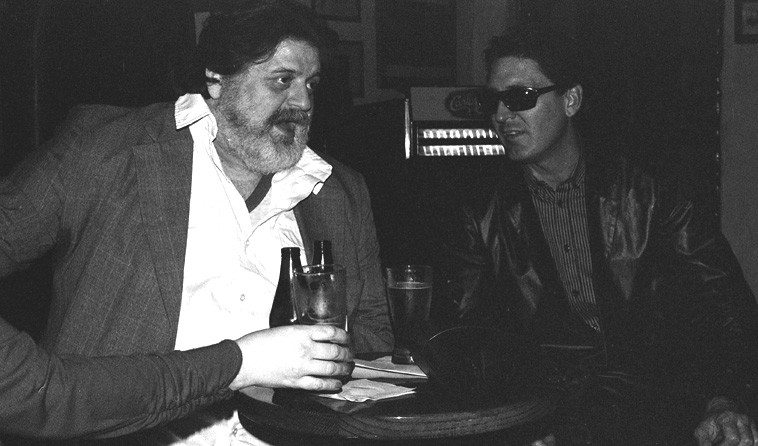 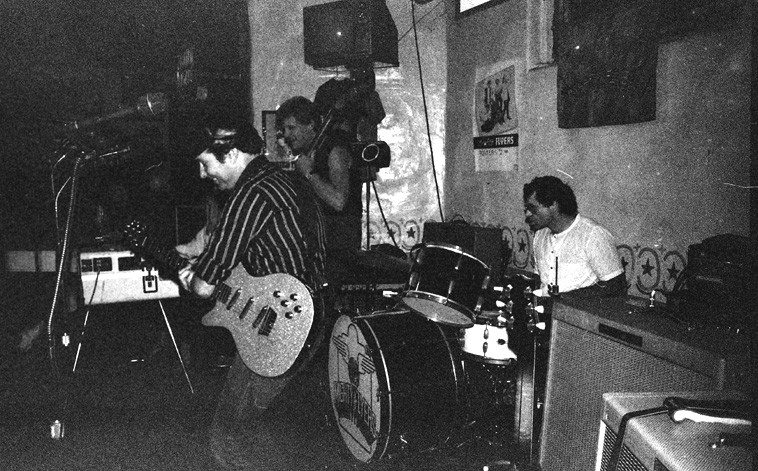 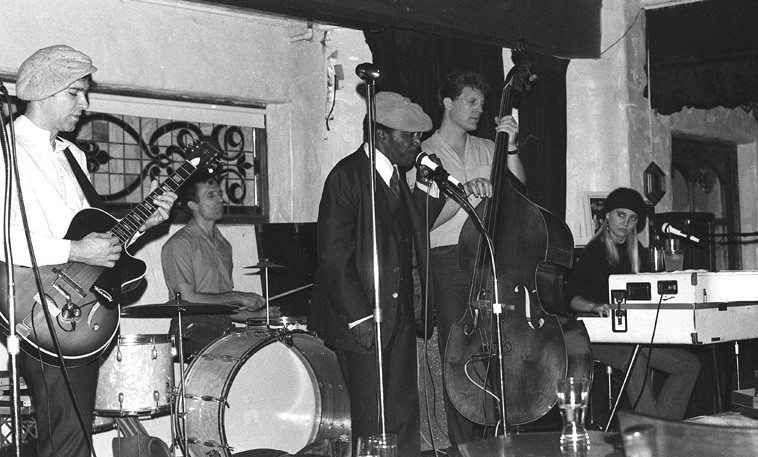 Shakey Jake sits in with The Mighty Flyers | December 3, 1983 | Photo by Mark Weber 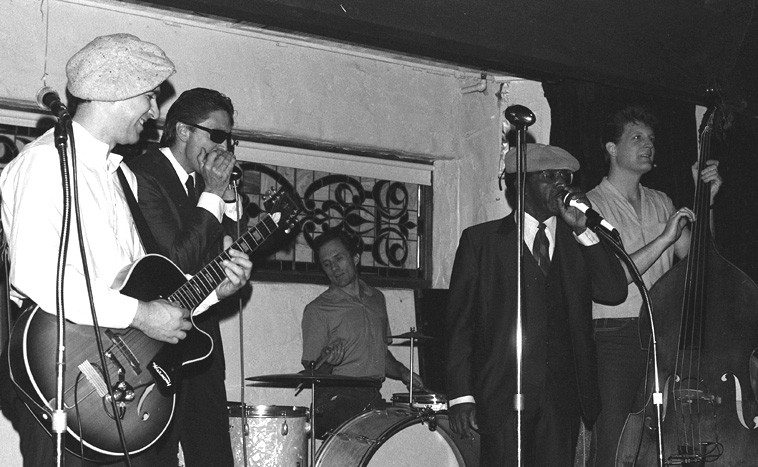 Shakey Jake sits in with The Mighty Flyers | December 3, 1983 | Photo by Mark Weber

I have never seen them when they weren’t just entirely kicking butt, what an immense powerful sound, authentic, rock-solid, great arrangements, solos, singing, stage craft, turbulence, thunder, lightening strikes, visitations from the beyond, howling winds speeding Cadillacs at night tornadoes geezus you wonder if they carry on like this all the time? Night after night? Job after job? Apparently so.

It would be interesting to know how they cool out after so much intensity? From my modest observations this is not a boozing band. They stay healthy. Probably one of the few blues bands that didn’t fall into drinking and other dead-end bluesman myths. Anyway, in those years I took care of the drinking for them. Rod has always looked like the kind of guy who worked out in a gym. 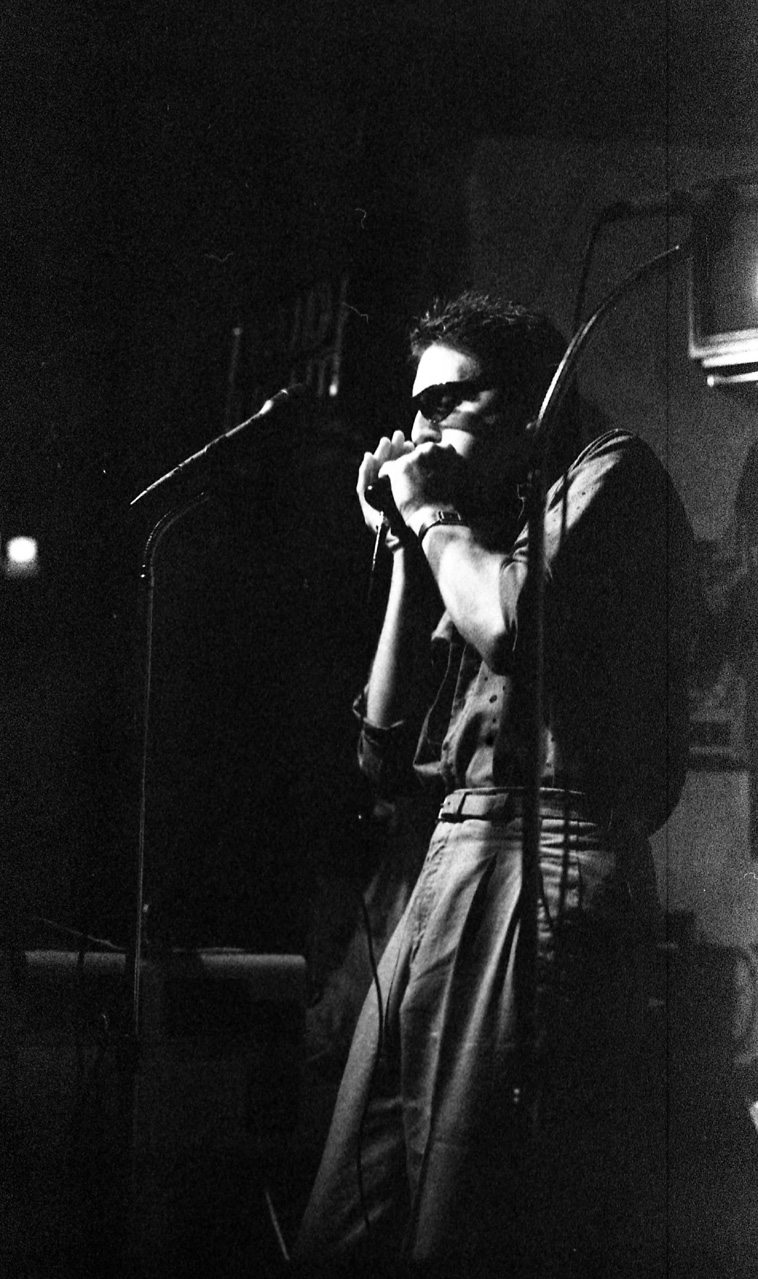 At the El Rey gig here in Albuquerque the guitarist was Alex Shultz and even though he had some fairly big shoes to fill ( Junior Watson ! ) just call him Big Foot ! What a great guitarist. Alex’s website bio says he studied with George Barnes. My eyebrows went up. And so I had to ask.

“George Barnes was incredible. I was young — 20 and 21 years old — and not very grounded in theory at the time, although I did study with him again for just a few months after my first year at Berklee College of Music, so then I had more understanding of what was going on. He was incredibly melodic and also taught me to pick cleanly and clearly, something I tried to stick to all along.” — Email 5/27/2012 from Alex Shultz to MW. 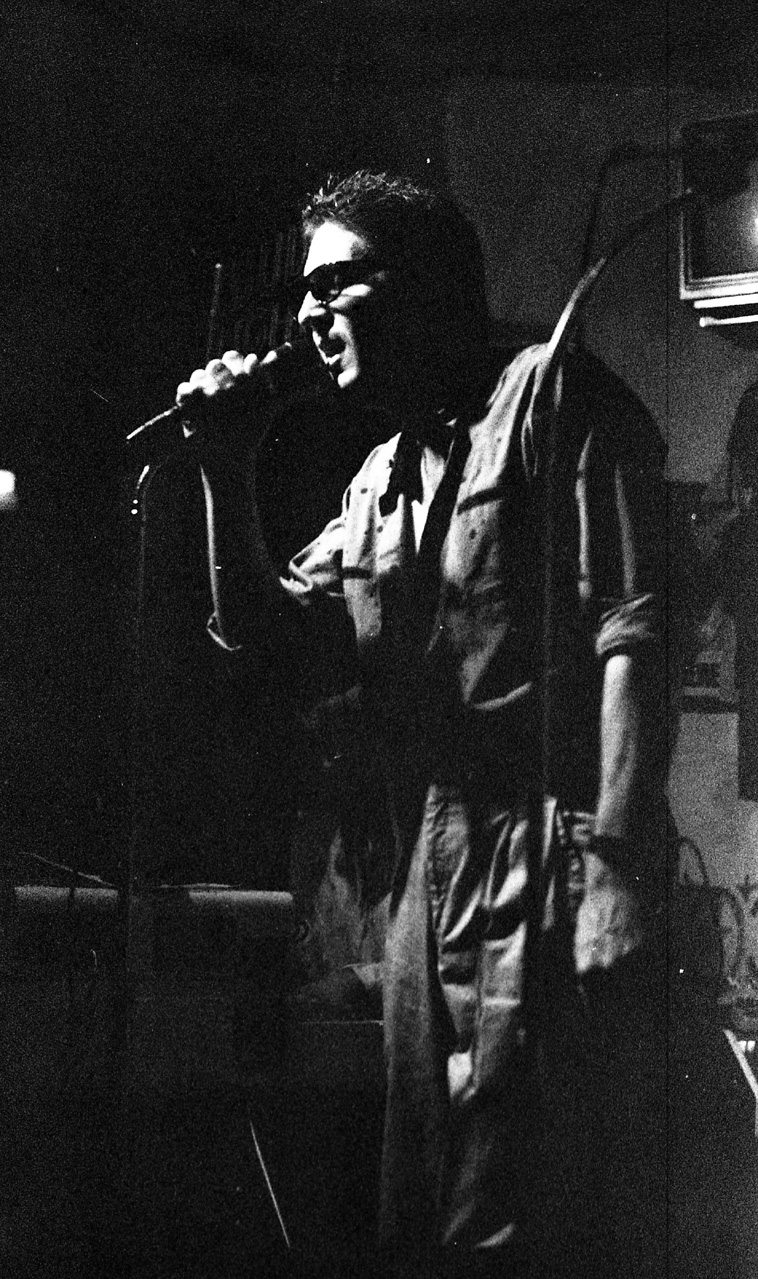 Rod might laugh at this, and I could be completely wrong, but it’s been my observation that the standard everyday diatonic harmonica is the world’s easiest instrument to play — there’s no wrong notes on it, providing you got the right key. Winos play them on the streets for spare change completely drunk out of their minds. But the chromatic harmonica all of a sudden jumps up to being one of the hardest musical instruments in the world — I’ve tried and they’re too complicated. 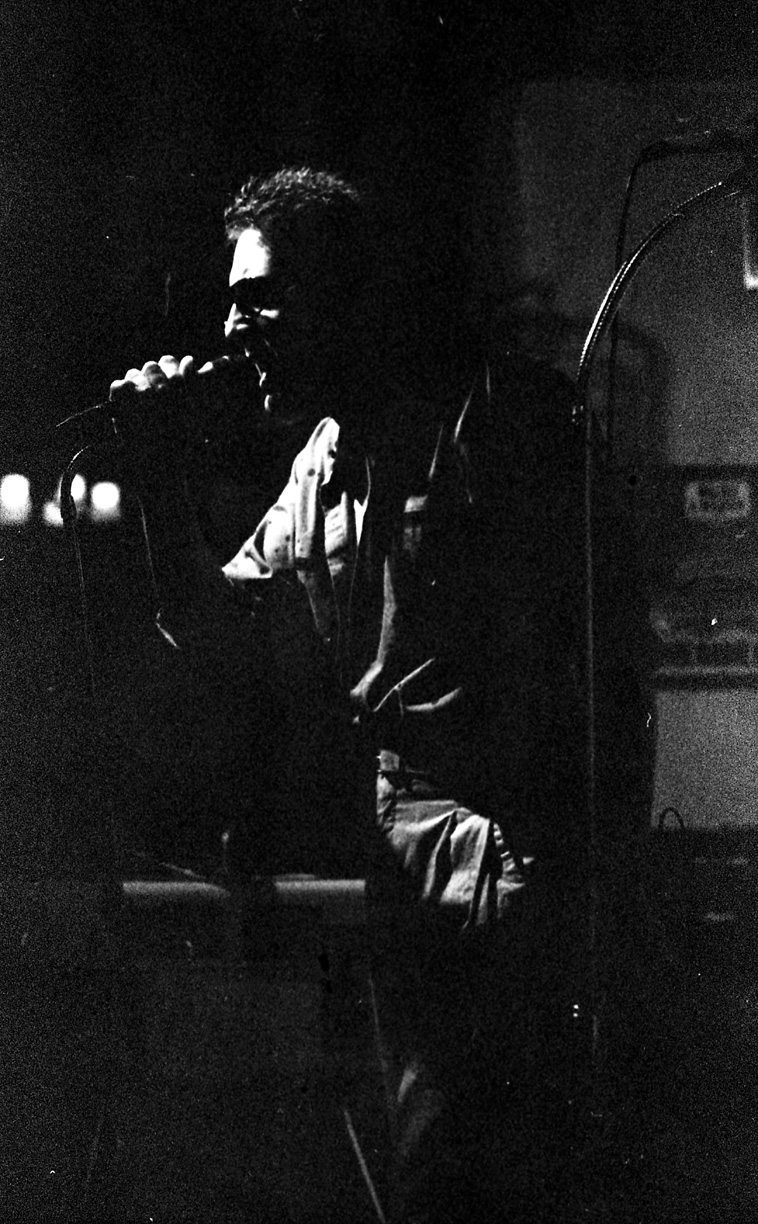 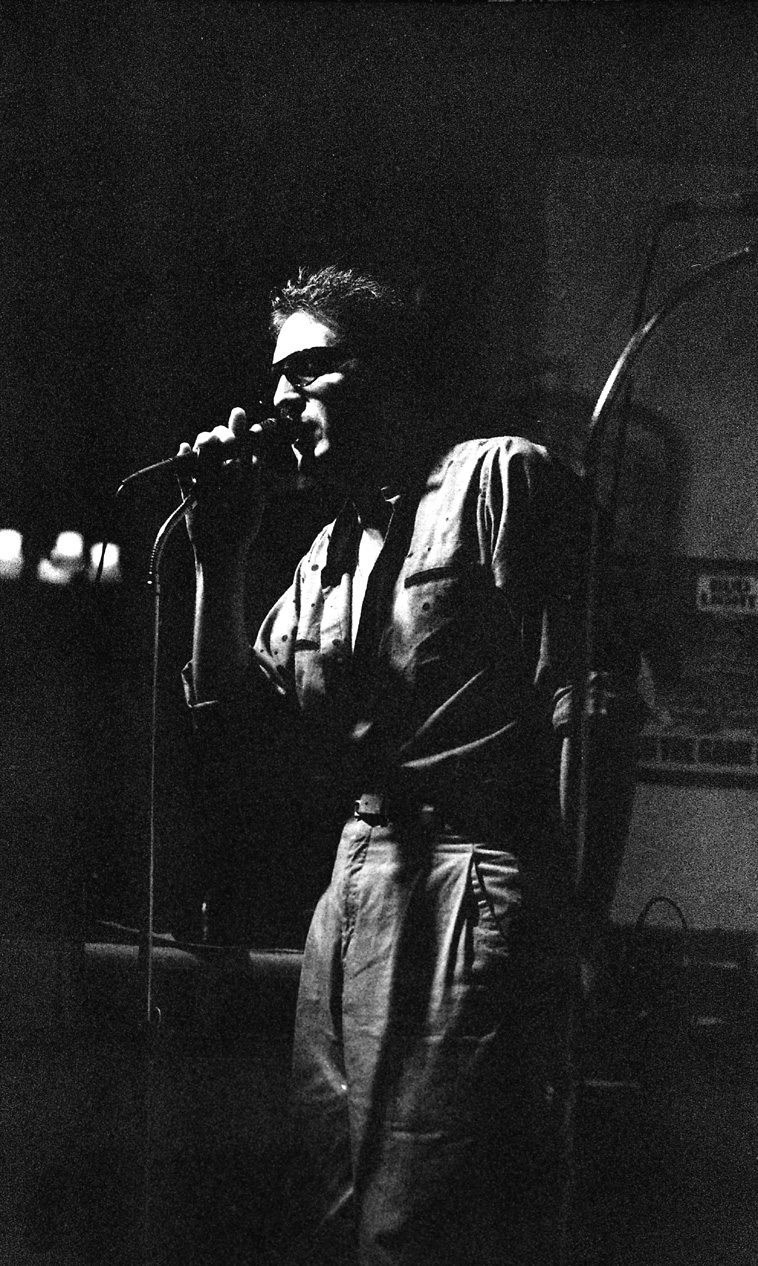 Though, in the right hands a diatonic can be one of the wonders of the world. Rod, I believe exclusively plays chromatic. One time when I was visiting him — 1980 on Linwood Place in Riverside — I asked about how they got a particular Little Walter-blown-speakers sound on one of his records. Rod dragged out from behind the couch a plastic PlayTel children’s cassette player and said they ran his harmonica sound through that in the studio ( ! ) Rod also collects vintage bullet microphones — I know because I gave him one that I had laying around. 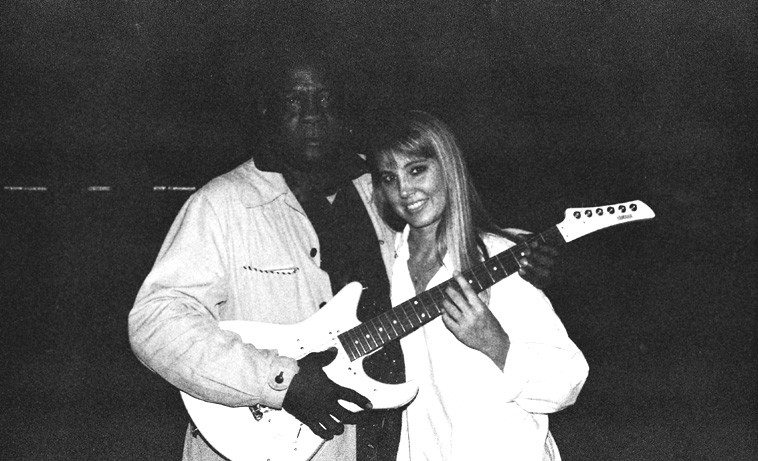 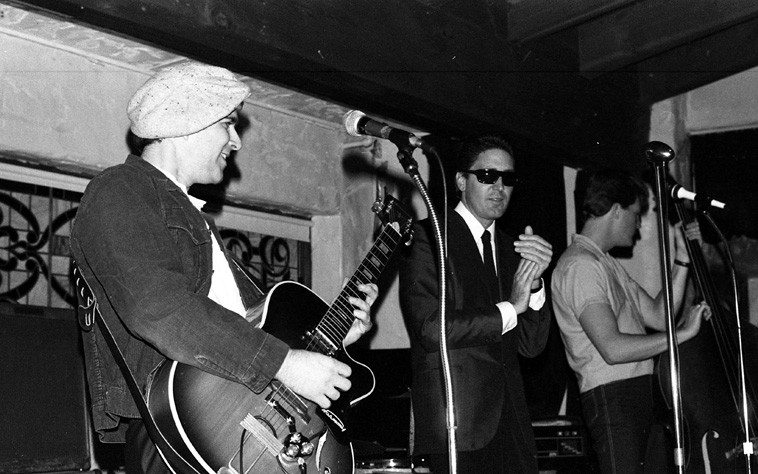 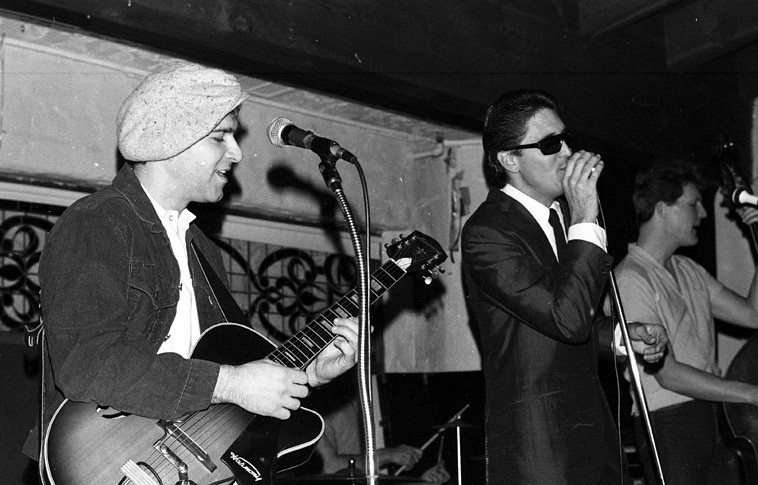 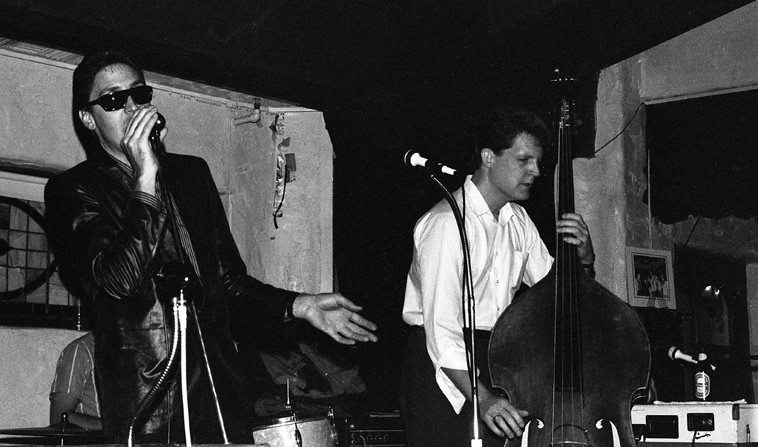 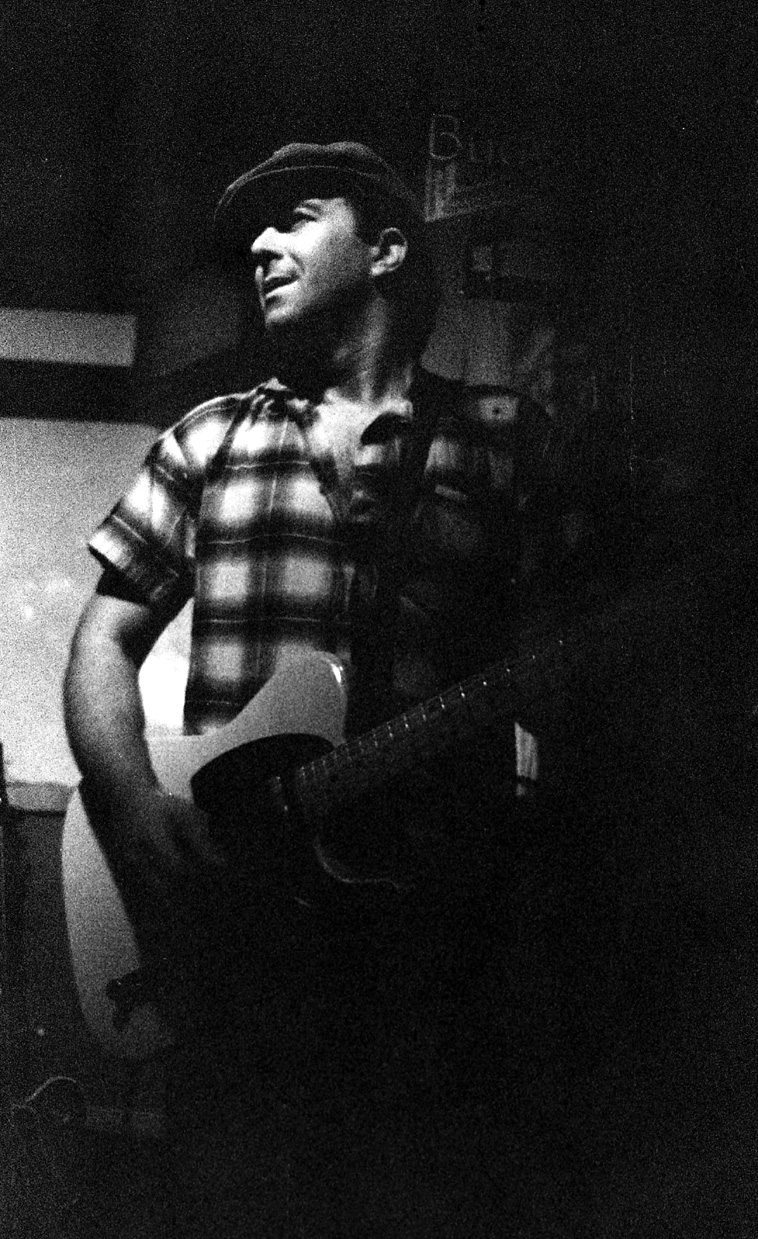 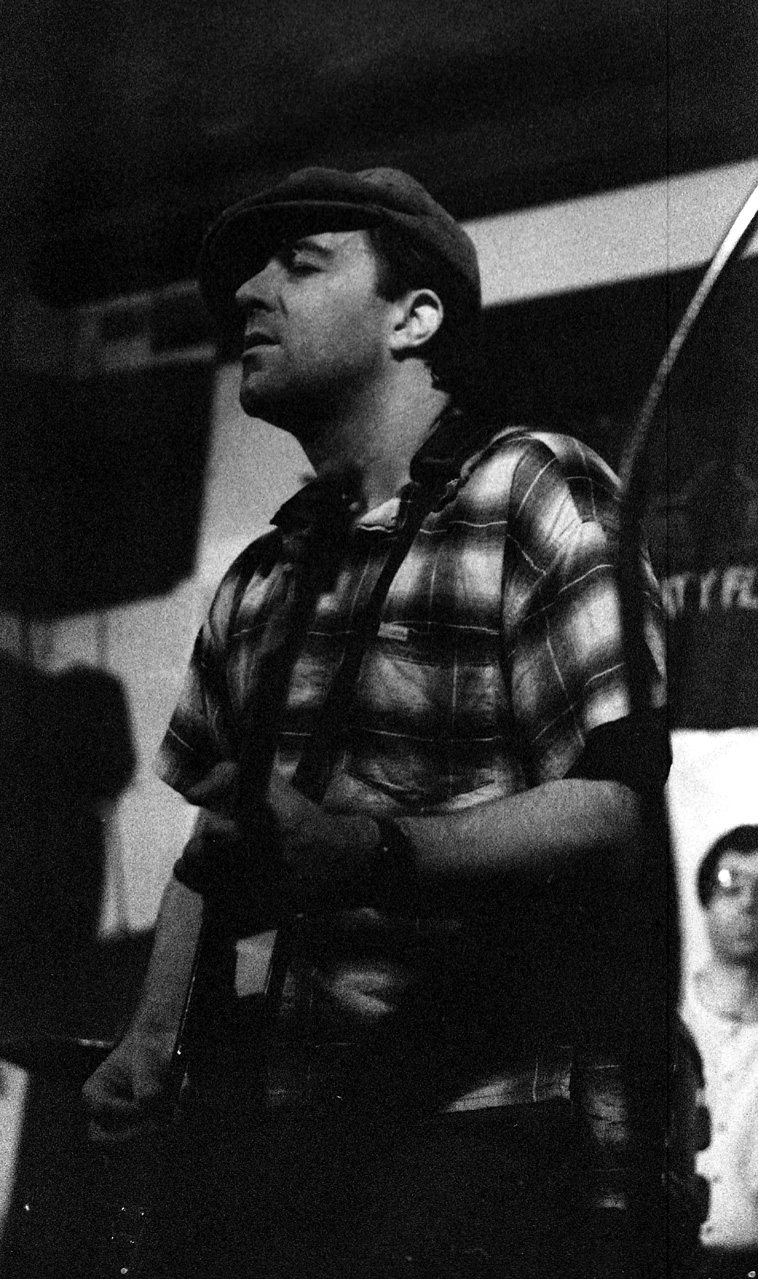 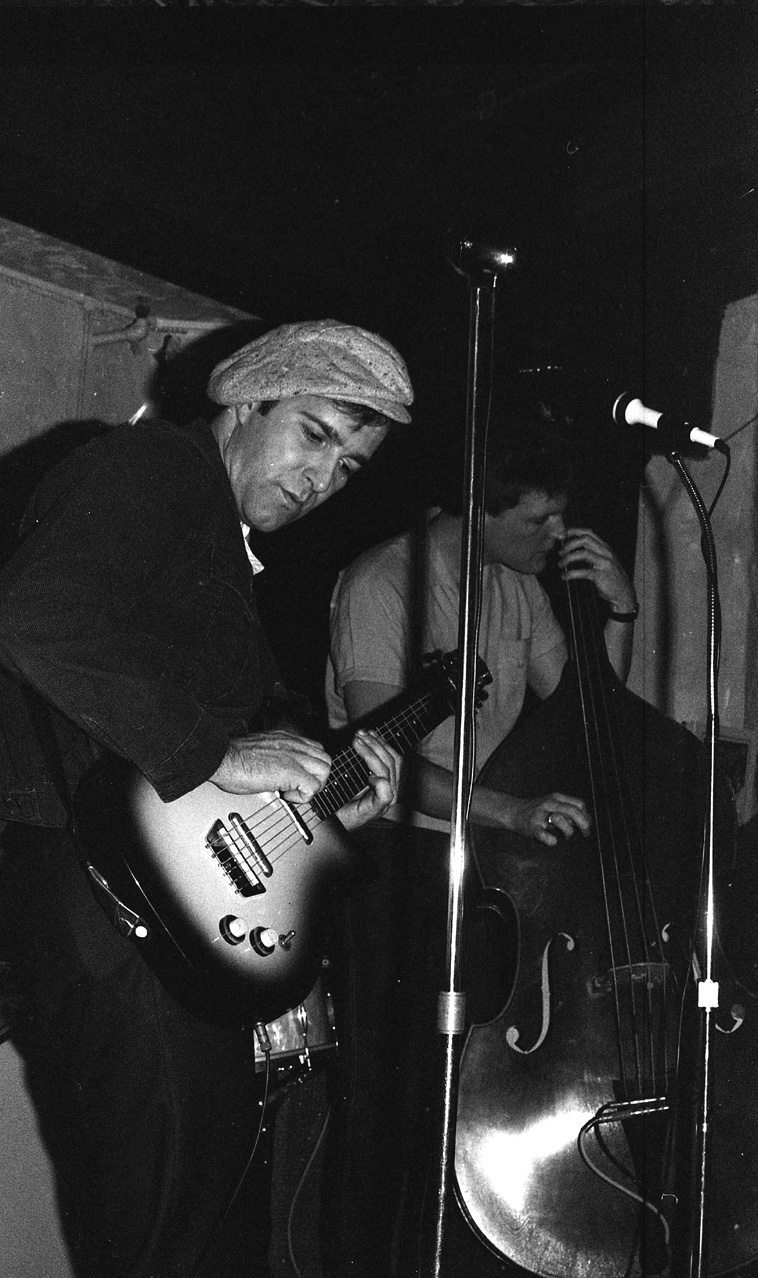 Back in the late 70s and 80s when I was living in Southern California the working blues bands that I was aware of were James Harman’s, William Clarke’s, Hollywood Fats, and in Watts (now more properly known as “South Central”) Pee Wee Crayton had his Ultimates of Soul, and Lowell Fulson kept a band, and pianist Lloyd Glenn, and Smokey Wilson had an ad-hoc band, and Shakey Jake used other people’s bands, and guitarist/singer Curtis Griffin did the same, and pianist J.D. Nicholson (who used to be in Rod’s late-60s band Bacon Fat) had a hit on the juke box those years (remember juke boxes?) “Get Drunk And Be Somebody” I sure wish I had a copy of that — it was released on 45 RPM — hard to find — but was all over back then. And George Smith had a pool of musicians he’d put together for whatever the gig called for. I have always regretted missing seeing T-Bone Walker who lived and played all over Los Angeles — Rod worked with him some ( ! ) Big Joe Turner lived in Los Angeles and used Pee Wee’s band when he had a local gig. And Bernie Pearl and Doug McLeod had active bands. And of course, Canned Heat. 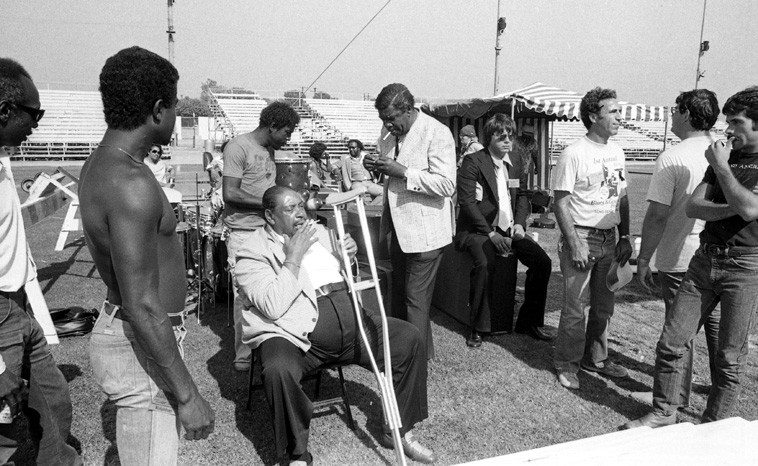 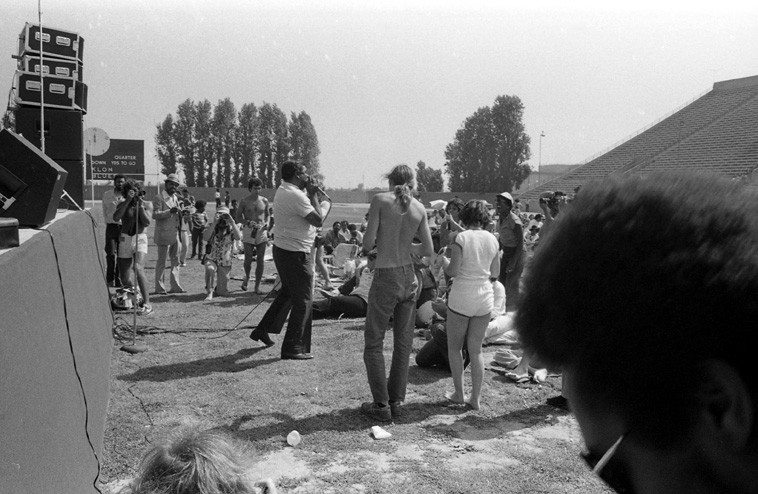 Back in those days my close friend Nels Cline jumped me to go see the Blasters over at the Whisky. Nels really laid into me about them. So I made it over to Sunset, after which I told Nels he to needs check out The Mighty Flyers — as good as the Blasters were, the Flyers could mop the floor with them Blasters. Look out. 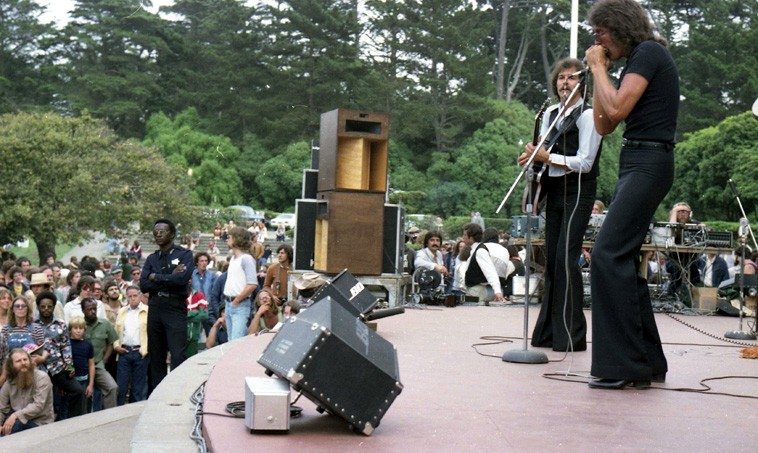 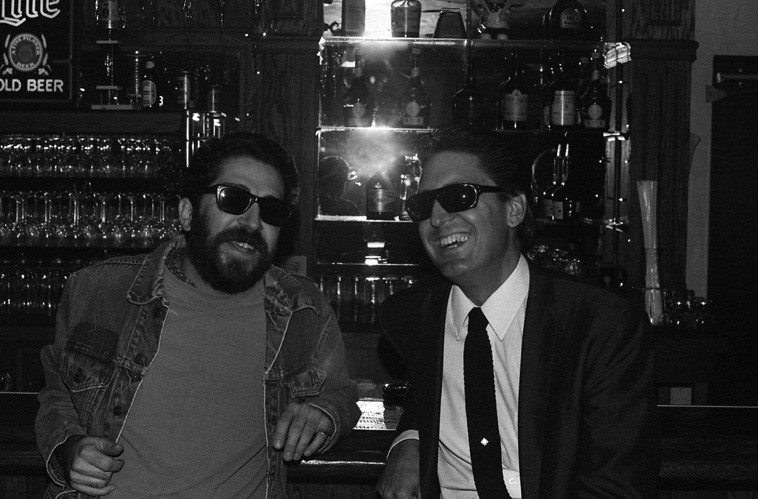 This photo essay made possible with the help of Cal Haines — who is the perfect jazz drummer — who had to do quite some doctoriing (PhotoShop) to my old tatter’d negatives. AND to Monsieur Klaus who makes everything look so hip with his layout and web design — and his gracious urgings for me to keep on writing these little additions to jazz & blues history.

The Coda interview with John Carter | 1976