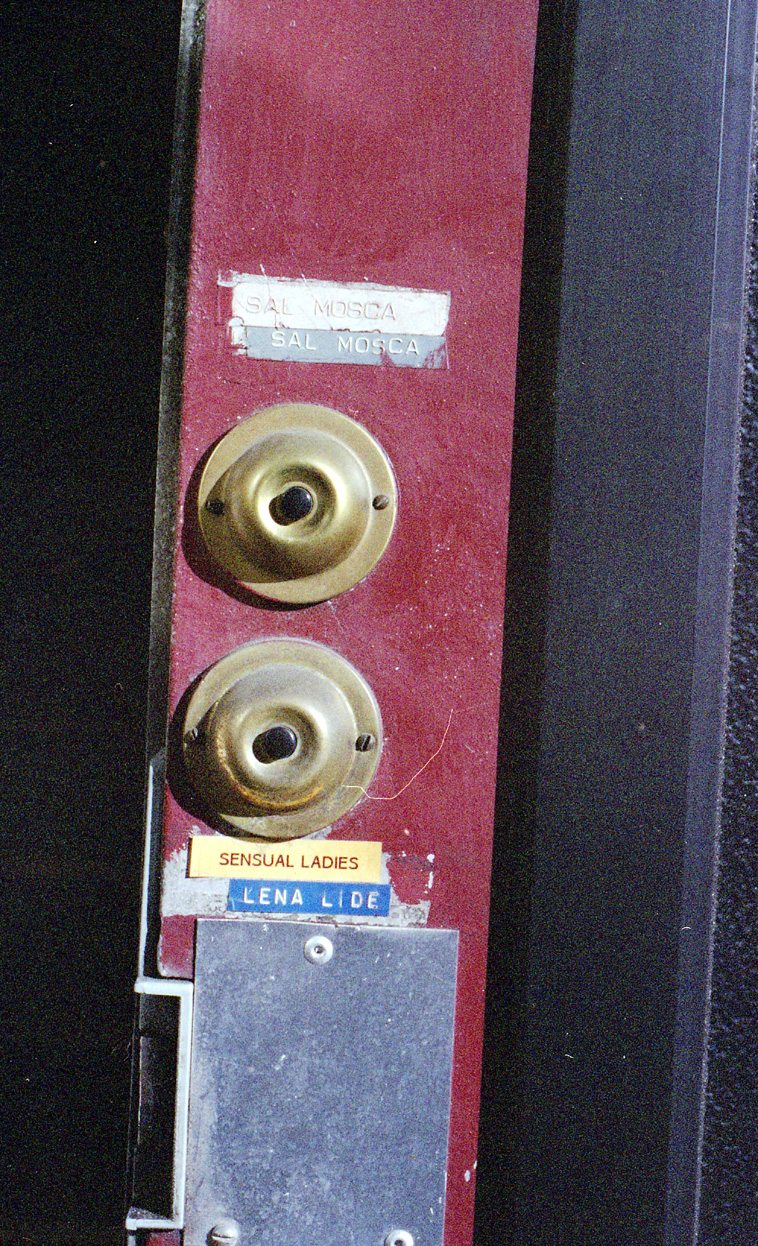 Part of the jazz aesthetic is a regard for the bittersweet evanescence of life — there’s a desire for a certain off-center balance to the harmony, a note that is never expected, that turns the mind around — not exactly a foreign sensibility, but with jazz it is almost a locus — then you add the phenomenon of swing and magic in real-time occurs. Connie says swing is a type of energy, a spark, an explosion of a note within the note, the music popping, alive — (in 2004, when these field notes were jotted, I was on a search for the origins of swing)

She says it came about after the Civil War, during Reconstruction, those first ten years after the war — joy & hope among the freed slaves — how there was so much energy, so much dimension, that it came out in the music, “a powerful energy, like an explosion that blew out of Yellowstone ages ago, it cover’d half the continent — they got there first, before the Russian Revolution — “ 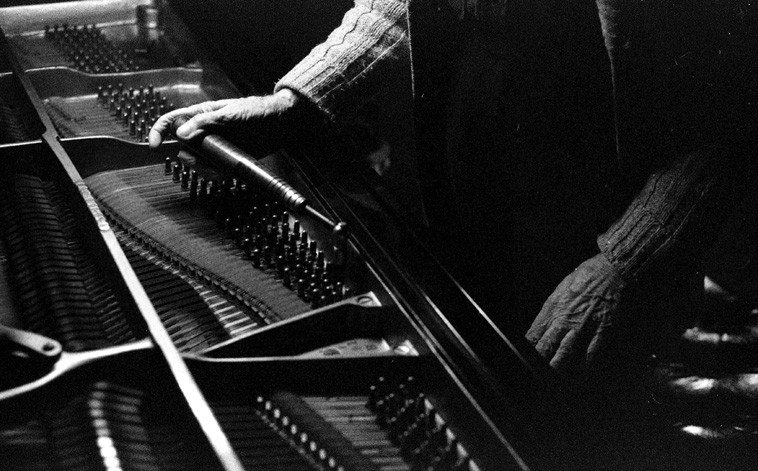 There are simply things in a person’s life that stand out in the memory and this afternoon at Sal Mosca’s 2nd-floor studio in Mount Vernon, New York, is for me one of perfect quiescence —

I’m out in New York quite often, at least once a year, sometimes more — Connie invited me along on this outing — she asked Richard Tabnik and I to meet her at Grand Central Station and from there we rode the train north about half hour to the city of Mount Vernon where Sal Mosca (1927-2007) spent most of his life — I think we left the station around 10:30 — the session was Noon till 6 — from the Mount Vernon station we walked about ten blocks through casually hilly streets, old warehouse factory buildings, redbrick apartments, open fields of dried weeds — I remember it was a warm day and we talked about Dizzy Gillespie — I had left Albuquerque in snow, and here in New York five days later it was warm — his studio was in a large 3-story building and he kept his space very neat and tidy, very spare of clutter — 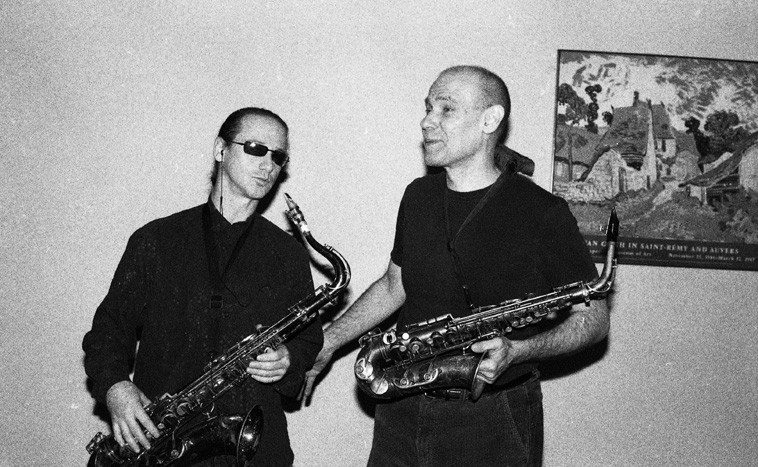 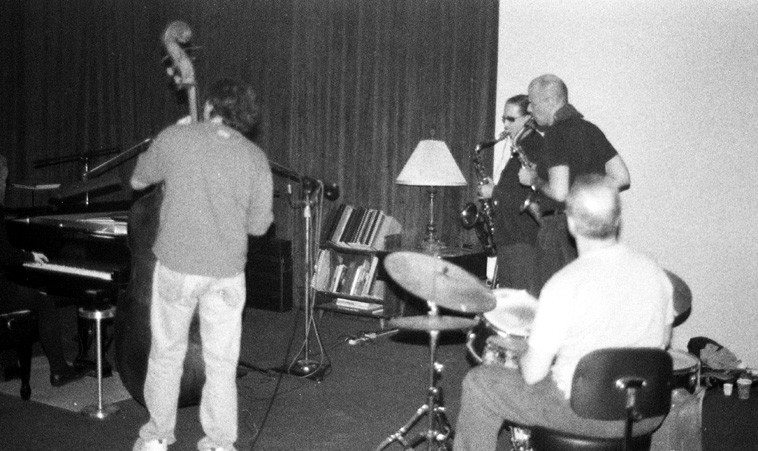 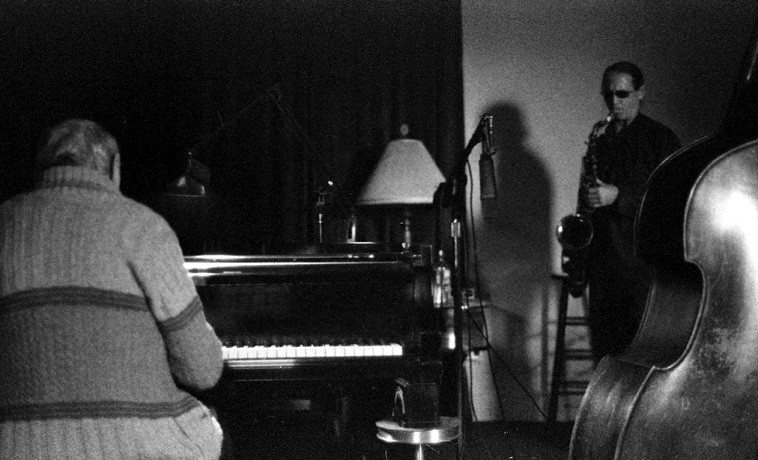 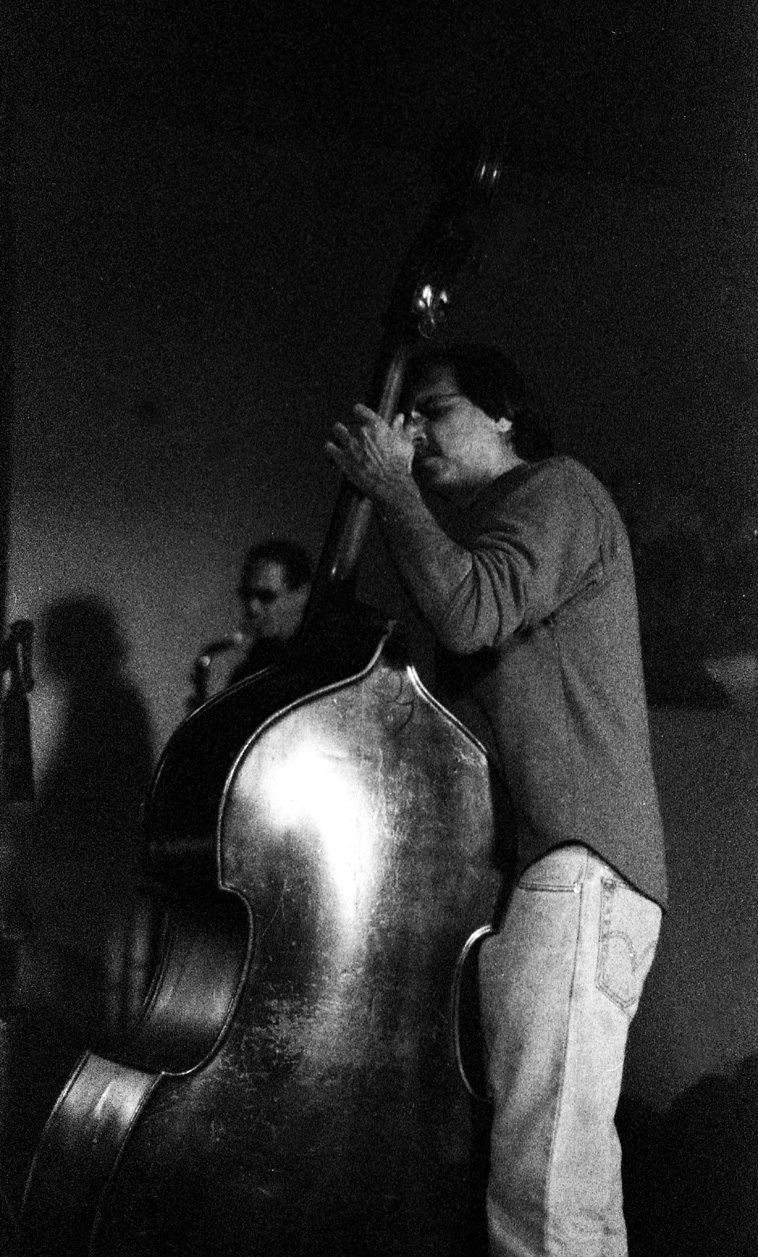 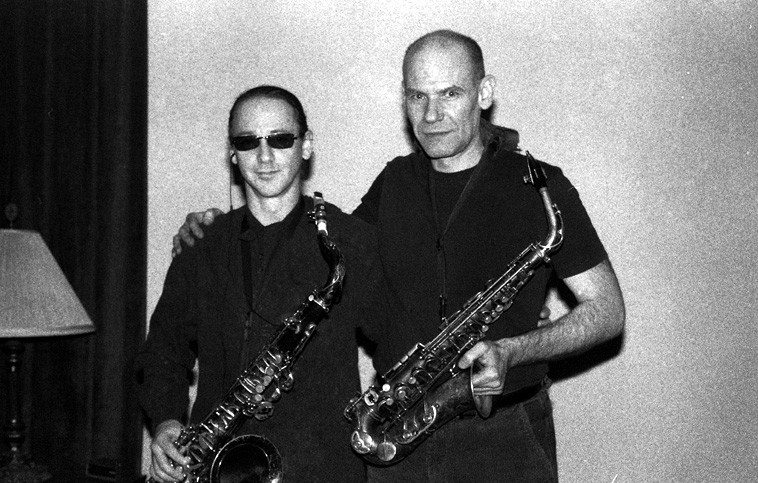 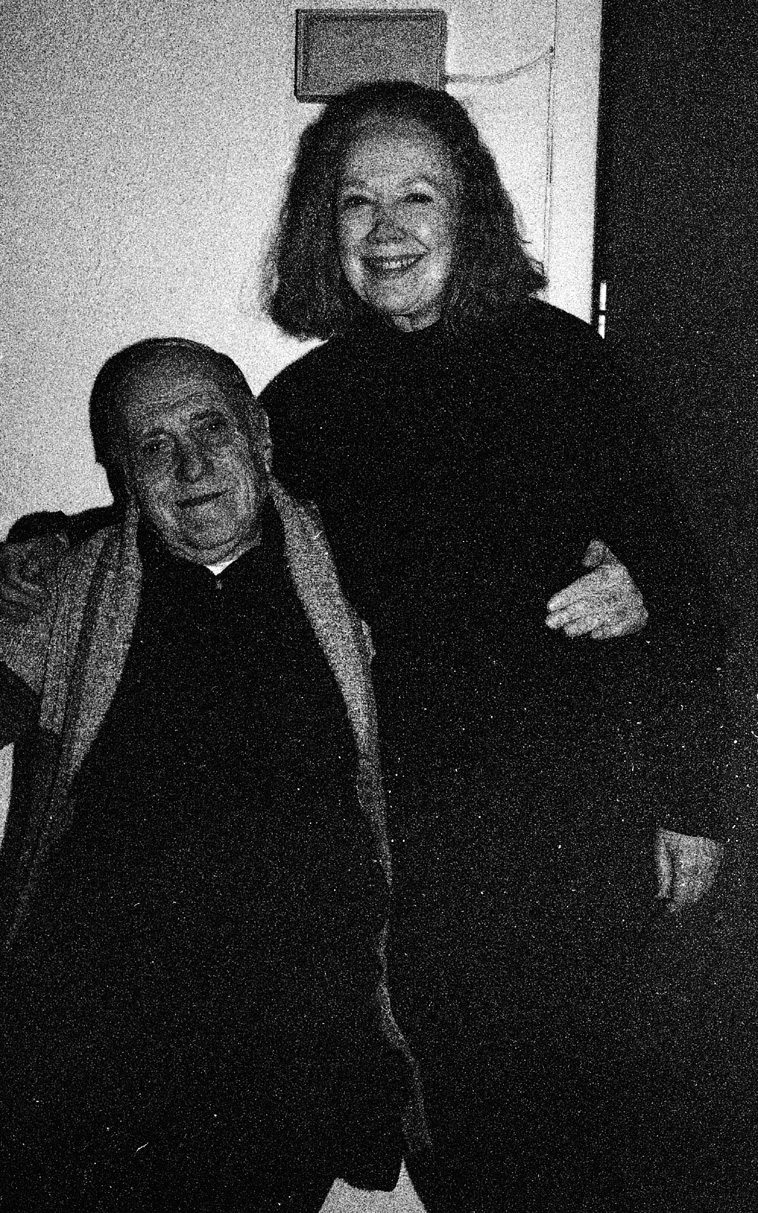 Connie Crothers lives a jazz life — it is her dharma, her life path, her sword in the stone, there is always something interesting going on — she visits art galleries and museums, and is out in the jazz clubs weekly, and maintains a busy teaching schedule — as well as world traveler (she’s on her way to Italy as I write this) —

It was just three nights before that we were almost killed in a taxi cab, CC, RT, myself, and the guitarist Massino Lozza [see poem in my chapbook FOUR POEMS FROM NEW YORK CITY ] — my field notes say: “neither one of them froze up, the truck driver or our cabbie, we were lucky to have such skillful drivers in such a dicey situation — it all happen’d so quick, as always” —

As well, Connie arranged a recording session at her studio, the day after visiting with Sal, that eventually found its way onto my CD known as STANDING NEXT TO MYSELF (Zerx 064), and a few days after that CC and I made our way out to visit the Louis Armstrong Home & Museum in Corona, Queens — Connie is a whirlwind — she keeps things happening — 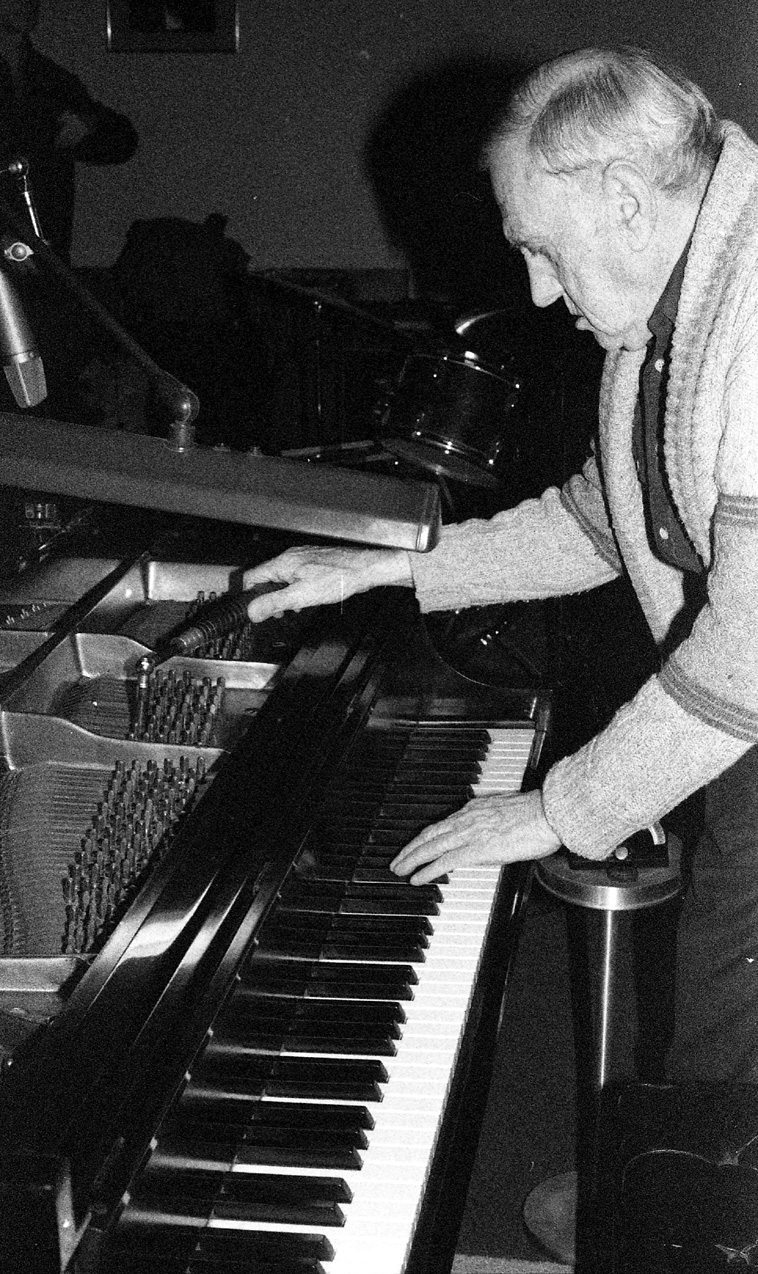 You can see Sal’s metronome just behind his right hand | December 4, 2004 | Photo by Mark Weber

This session in Mt Vernon Connie and Sal took turns at the piano over the afternoon with the rhythm team of Don Messina, bass, and Bill Chattin, drums, a long-standing “locked” association they have, both of them students of Sal Mosca and Lennie Tristano — and on saxophones we had Jimmy Halperin and Richard Tabnik — 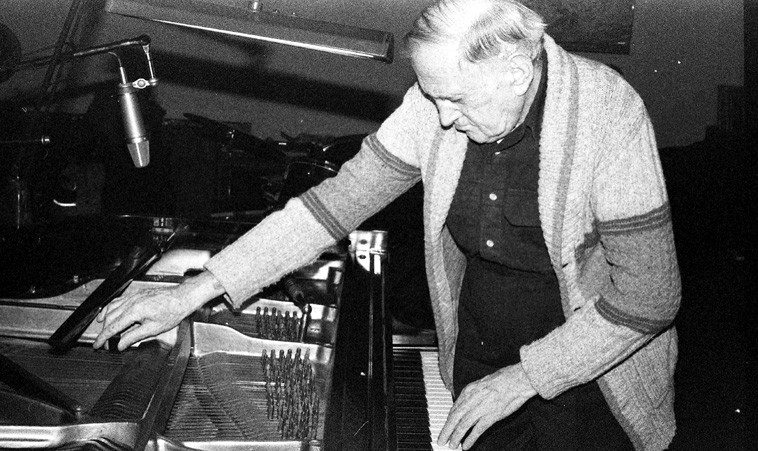 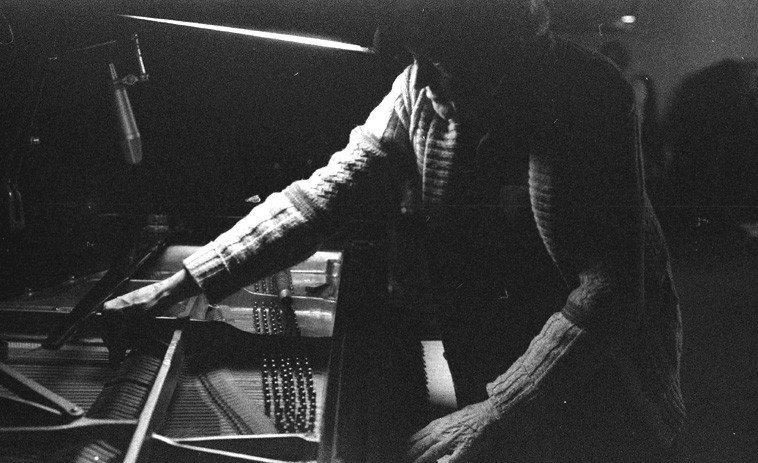 What happens in the middle
of everything
is what happens
when . . . .

Did you know that for most of
humanity’s existence there
have been no clocks?

What happens is
Time returns to its usual
spot: the eternal present

Or, if you will: Back to a time
when the world sang itself into existence 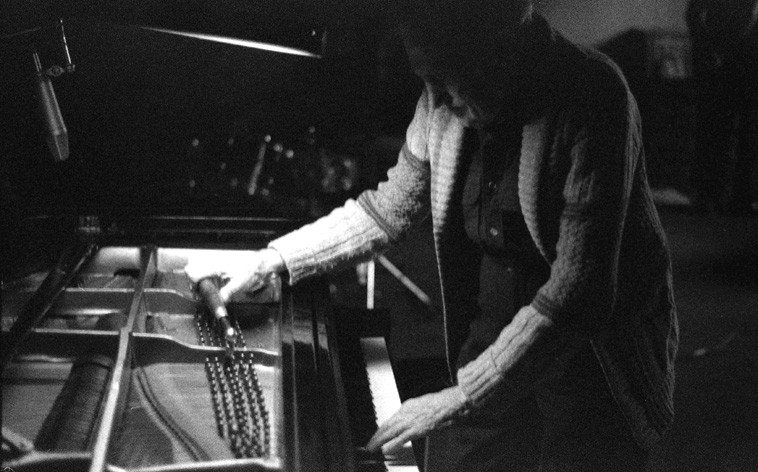 Sal making some adjustments to the universe | December 4, 2004 | Photo by Mark Weber 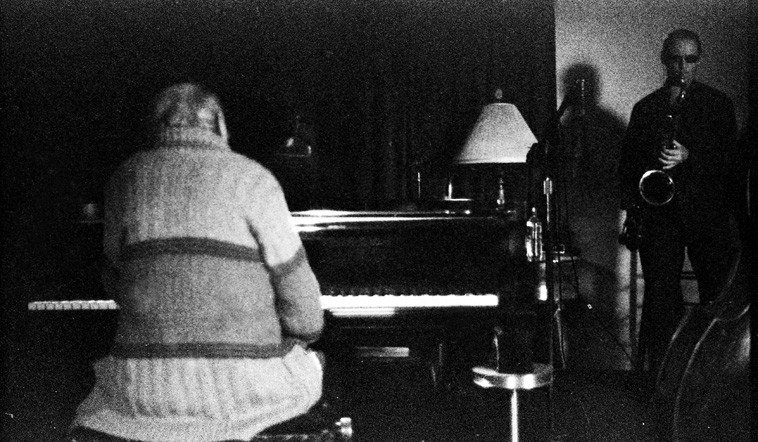 The spirited way the lines launch out from the center, long threads of notes, galvanic, energized

dodging raindrops,
catching the L train,
turning the leaf of a book . . . . 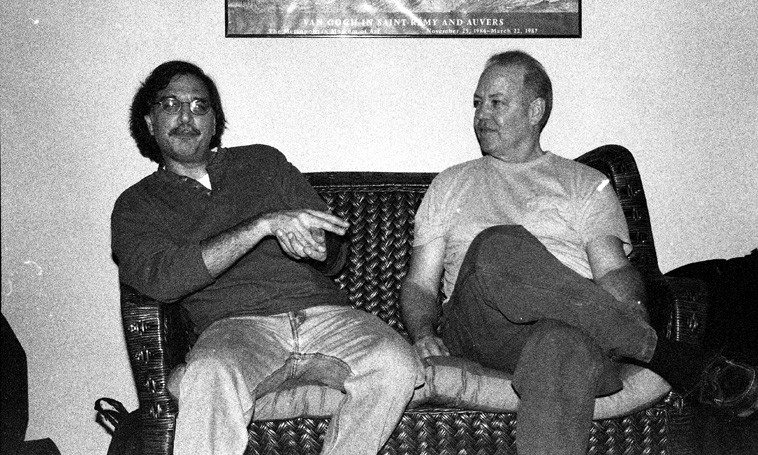 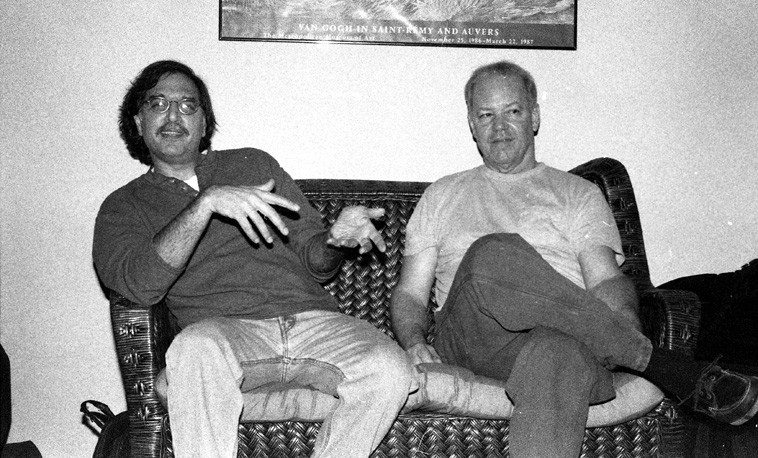 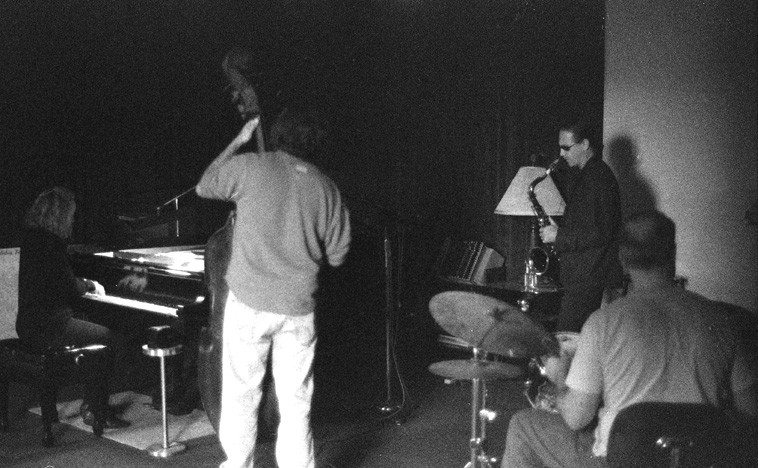 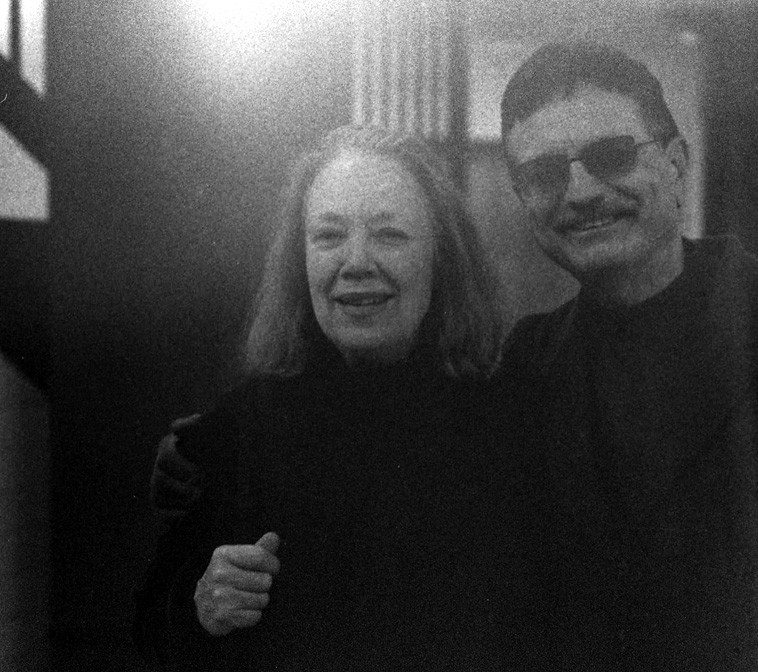 Connie Crothers & Roger Mancuso | December 5, 2004 | this shot looks like a tintype, I love it — this is what film looks like after the TSA’s at Laguardia fried my film (I think Homeland Security has since weeded out all the bad eggs who were the first hires post-9/11 — it was really a drag that they wasted several rolls of film that day) — if it wasn’t for Cal Haines and Monsieur Klaus who have doctor’d these photographs they would have stayed in a box, I’ve always thought they were goners — this frame is obviously the tail-end of a 35mm roll, it has that ragged edge that looks so cool — (you won’t see that with a digital camera, baby) | Photo by Mark Weber

When you think about all the tragedies in life, all the “lives of quiet desperation,” all the loneliness, there is glory in jazz. 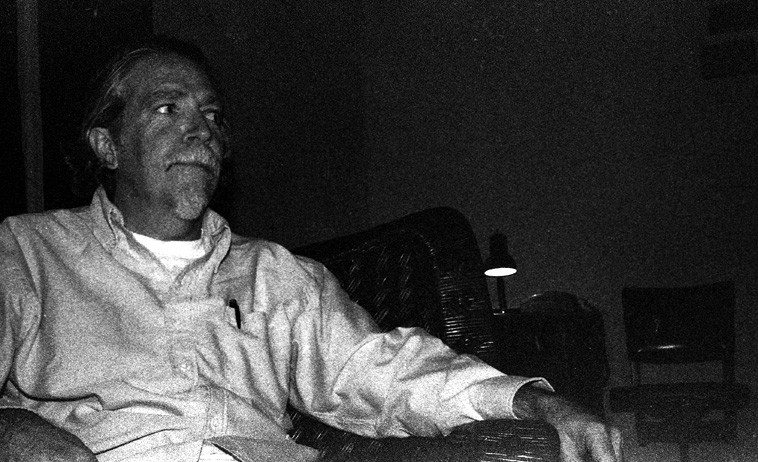 I didn’t really take that many photographs at this session — was mostly there to listen | Connie picked up the borrowed Nikon I had with me that day and took these of me | December 4, 2004 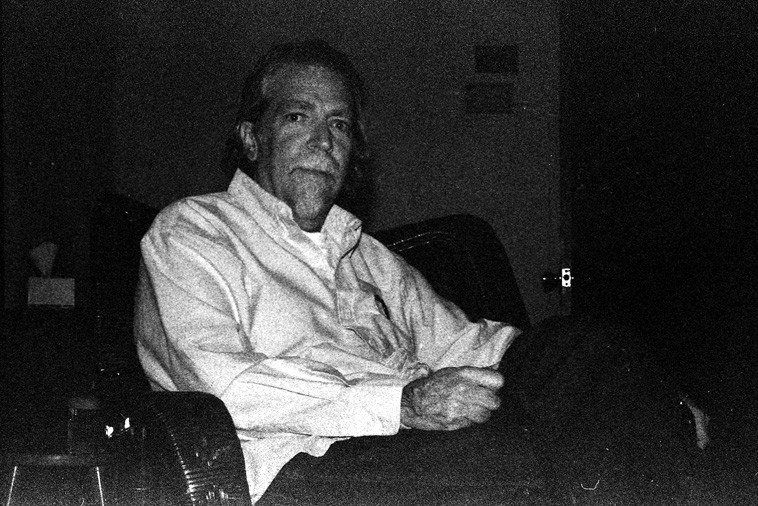 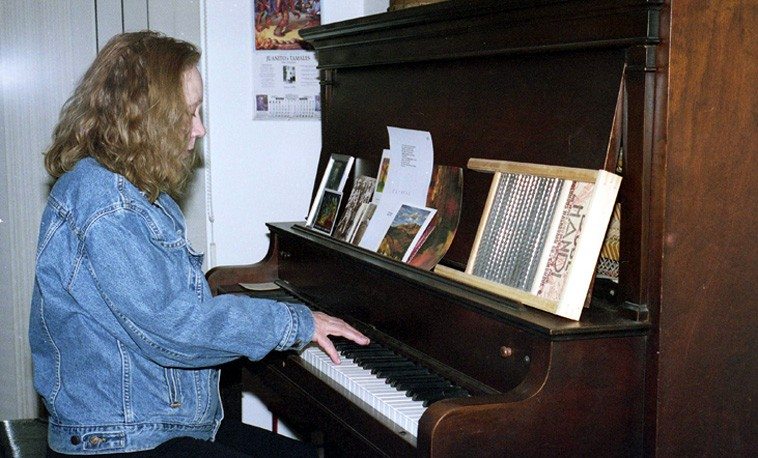