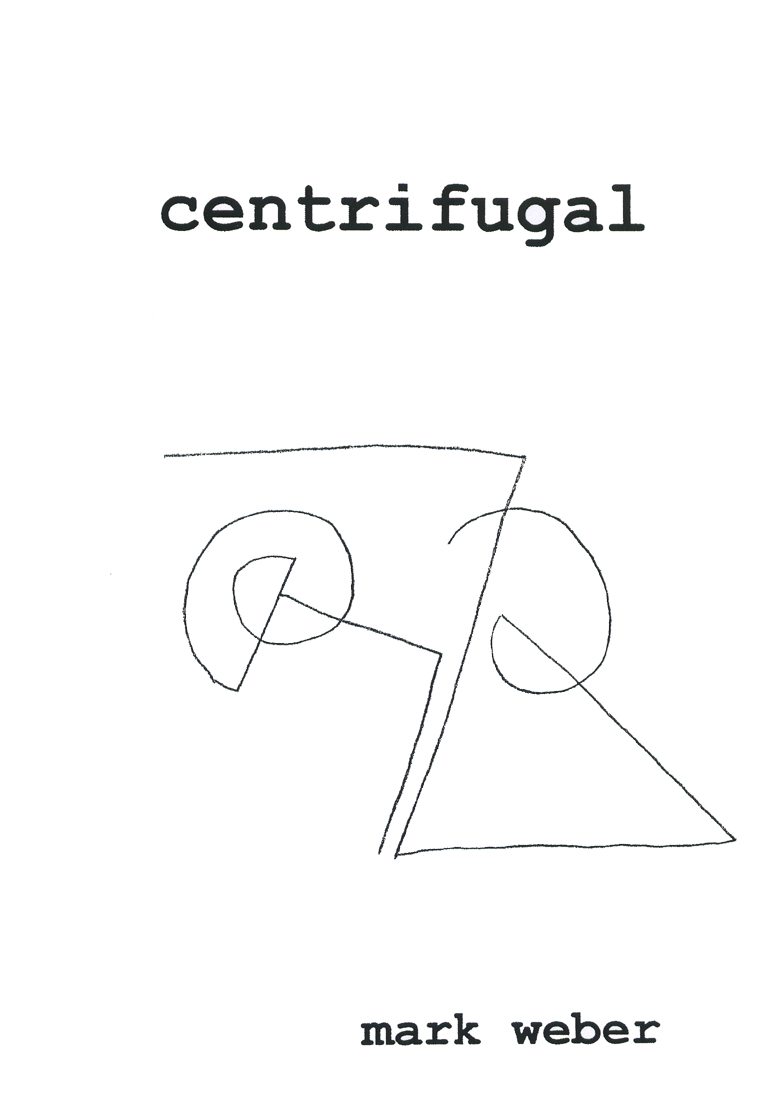 *My good friend Beverly Hill said to me one day, “Mark, jazz is your dharma.” She could be right. See my website JAZZ FOR MOSTLY designed & maintained by Klaus, with photographic doctoring by Cal Haines (my old snapshots).

* Poems such as these can only come about during periods of relative calm and stability. I was blessed with such a stretch during April & May 2o12 and then again during August & September (altho, poem on page 6 actually dates from January 1, 2o11). Even as quite a few close friends got away lately … Dottie Grossman, Hal McKusick, Geminy, Kell Robertson, Todd Moore, Uncle Jack, David Prince, Dick Trask… their fires burn steadily in memory. 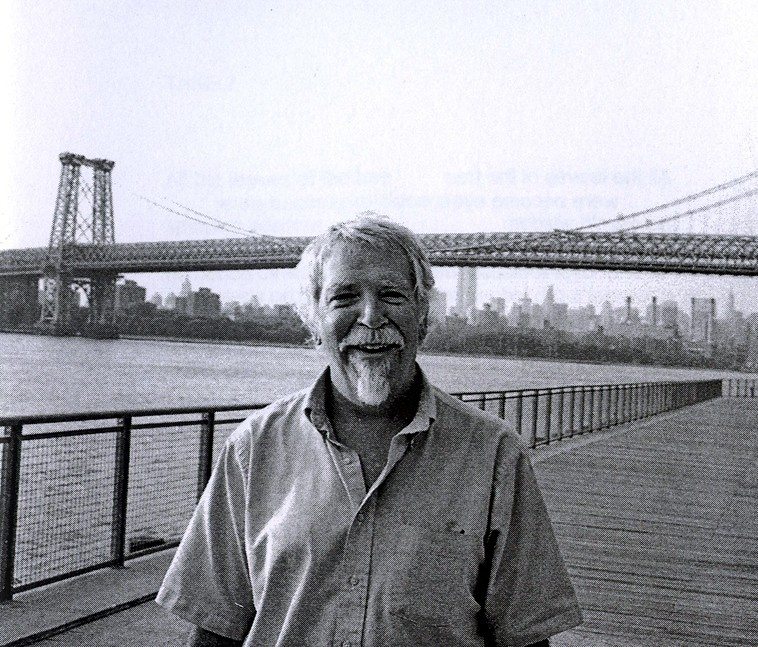 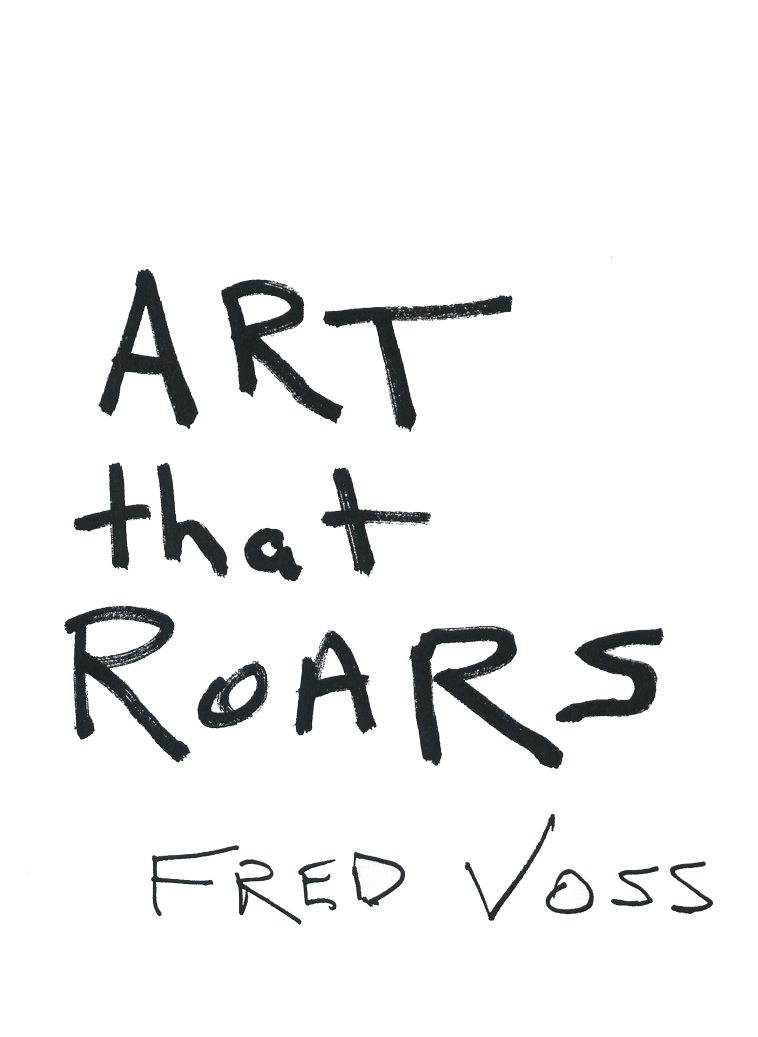 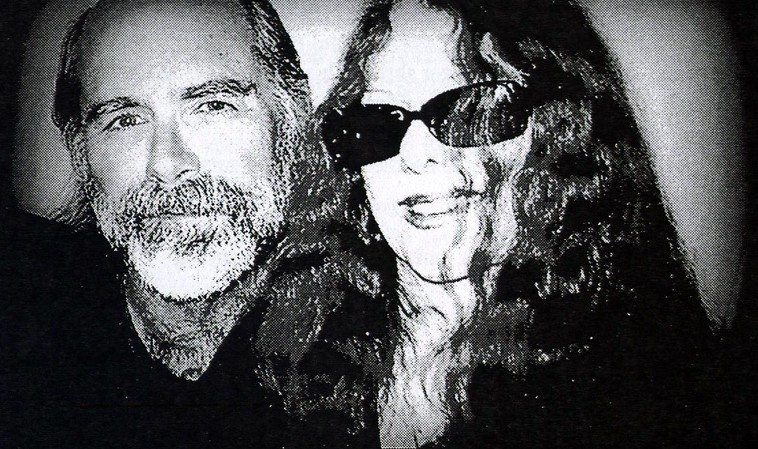 “A machine shop is the last place on earth to look for poetry!”
my fellow machinists might say to me
if they knew I wrote poetry
about them
and our tool steel chucks that grip steel rods 100 times harder
than pit bulls
Pit Bull
brand tape measures and Muscle Car magazines lying on workbenches and men
who lift weights until they can heave 100-pound tool steel chucks
10 feet what
am I doing looking for poetry where greasy 50-pound gears
from a rattling 80-year-old lathe lie piled
on a concrete floor and men smile
as they talk about their pet tarantulas and that head
police just found in a paper bag up in the Hollywood hills
there are no Grecian urns
around here
just buckets full of lube oil and cans full of liquid rosin
in this shop where men can work on machines next to each other for a month or a year
and not say one word to each other except
“Do you have that 17/32 stub drill?”
still
where is poetry more needed than in this place where we have cut tons of steel hard
as heart attacks and tombstones
as time clocks tick away our lives with such minute measured boredom we look into
mirrors
and are suddenly 20 years older
and our calibrated micrometers measure cold unbendable brass down
to one-ten-thousandth-of-an-inch fact
where is a rose held in the hand of a blind girl
a father
come back from the dead to pat his son
on the shoulder
a Beethoven
turning a machine handle until his fingers ache as he whistles that child-like new melody
to his 9th symphony
over and over and wipes the beads of sweat off his brow
more needed
where is a cloud
floating by a tin door with an angel
and William Blake and Jim Morrison sitting on it putting their arms around each other
and smiling
more welcome?

There are a lot of interesting poets in America

these days the ones that I have always followed are Ronald Baatz, Joan Jobe Smith, Ray Zepeda, Ron Androla, Mitch Rayes, Micki Myers, Cheryl Townsend, Charles Harper Webb, Fred Voss, Lyn Lifshin, Ron Koertge, JB Jeff Bryan, Ben Gulyas, Gerald Locklin, Lisa Gill, Judson Crews (1917-2010), the late Kell Robertson and Todd Moore and Dottie Grossman and Steve Richmond, and this guy I hardly know but stumbled across in the Gettysburg Review, name of David Kirby. There are many others. All are old friends of mine. Also Daryl Rogers in Kentucky, can’t forget the guy who gave me the title of my book PLAIN OLD BOOGIE LONG DIVISION. And Brent Leake in Salt Lake City who I ask to sing & play on his guitar “Louise” every time I see him.

A short list but like I’ve said before, the thing I look for in poetry I find most often in jazz.

An argument could be made that Fred Voss is the greatest poet in America. His work addresses the quotidian, the actual stuff of daily survival, and even though he’s deep into this life, he has a certain distance while inspecting it, that I like. I guess I’m partial to poets who have actually punched a time clock. It doesn’t get any Real-er than that in America. That and looking under the hood of your car or truck.

I should qualify that list by saying how much I like the crazy Beat poets (provisionally) Allen Ginsberg, Gregory Corso (see his masterpiece “Marriage”), Philip Whalen, John Wieners, Ferlinghetti, Frank O’Hara and Kerouac. Kerouac is in a class by himself.

What should we expect from a poem?

One of the remarkable things about poetry is it can be almost anything. A grocery list, a Corso-scribble, Chris Franke cut-up of a newspaper, an inquisition, an elegy, bill of lading, rhyming schoolyard taunt, a lie, promissory note, subpoena, any gawd-damned crazy nonsensical list of words and you have a poem. It can be all about love or it can be about war.

I prefer that poems tell us something that we do not already know. Or maybe we know it but have never seen it in this new manner. The words have magic, trick the mind into timelessness.

I especially get ancy when a poem endeavors to tell me what to do (didacticism).

I like poems to get to the point, and if possible make a distinction between how much belongs in the poem, or should be saved over for another poem. This is tricky, because poems like Todd Moore’s always had the core story, the back story, innuendo, irony, foreshadowing, all going at once and all in only thirty words. Let’s just say that I like short poems.

As much as I like language poetry and the idea of language poetry, for myself I prefer to use words merely as a conveyance. To dispense with the words/language as quick as possible and have the poem inspirate into the mind of the reader, for the page to disappear and the words to vanish.

And, I hate to admit it, but as I get older (59 two days ago), I’m less interested in Angst Poems: those that detail the travails life has heaped upon the aggrieved poet ( I have written thousands of these myself, and let them go some time ago — sure, everybody had a good laugh hearing about my tortured soul and the inequities I perceived were knocking me around, but, I got older and it didn’t seem so funny anymore).

Fred Voss’s poems have a transcendent quality, they ennoble life, even as they do not flinch at the harshness. I love his sense of rhythm and the line breaks. 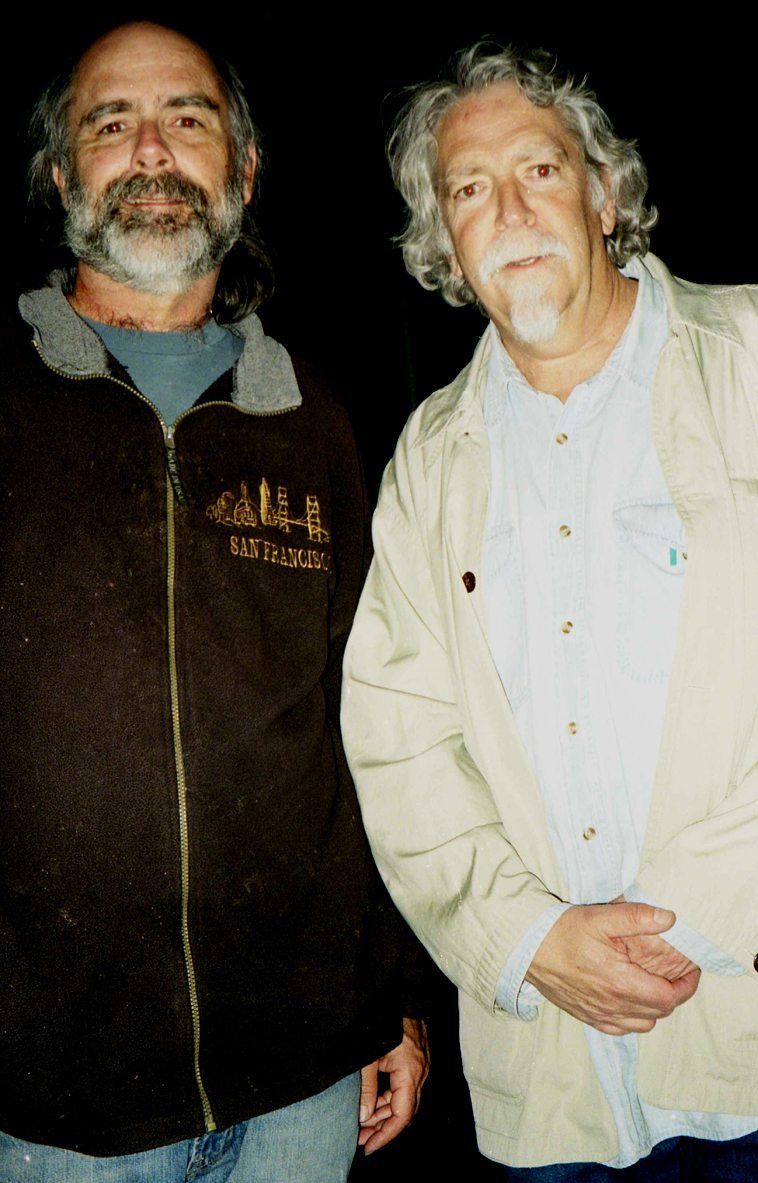 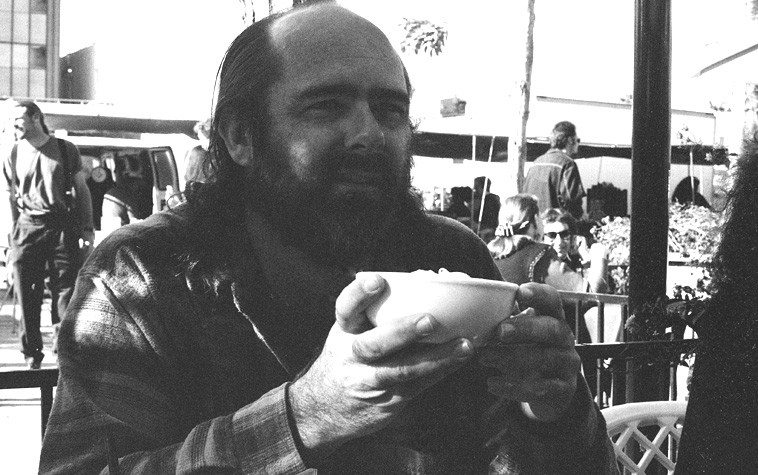 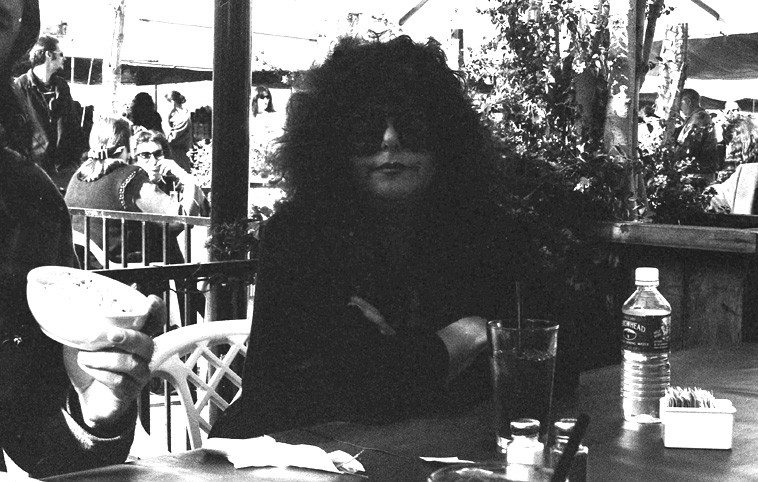 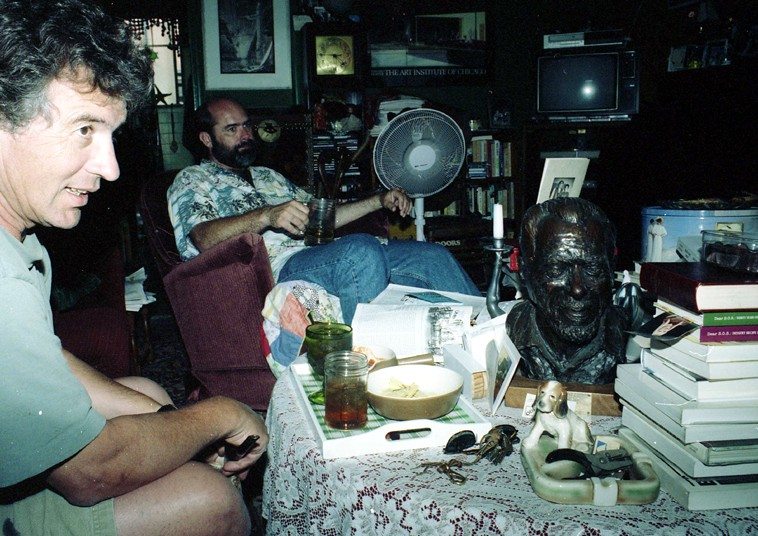 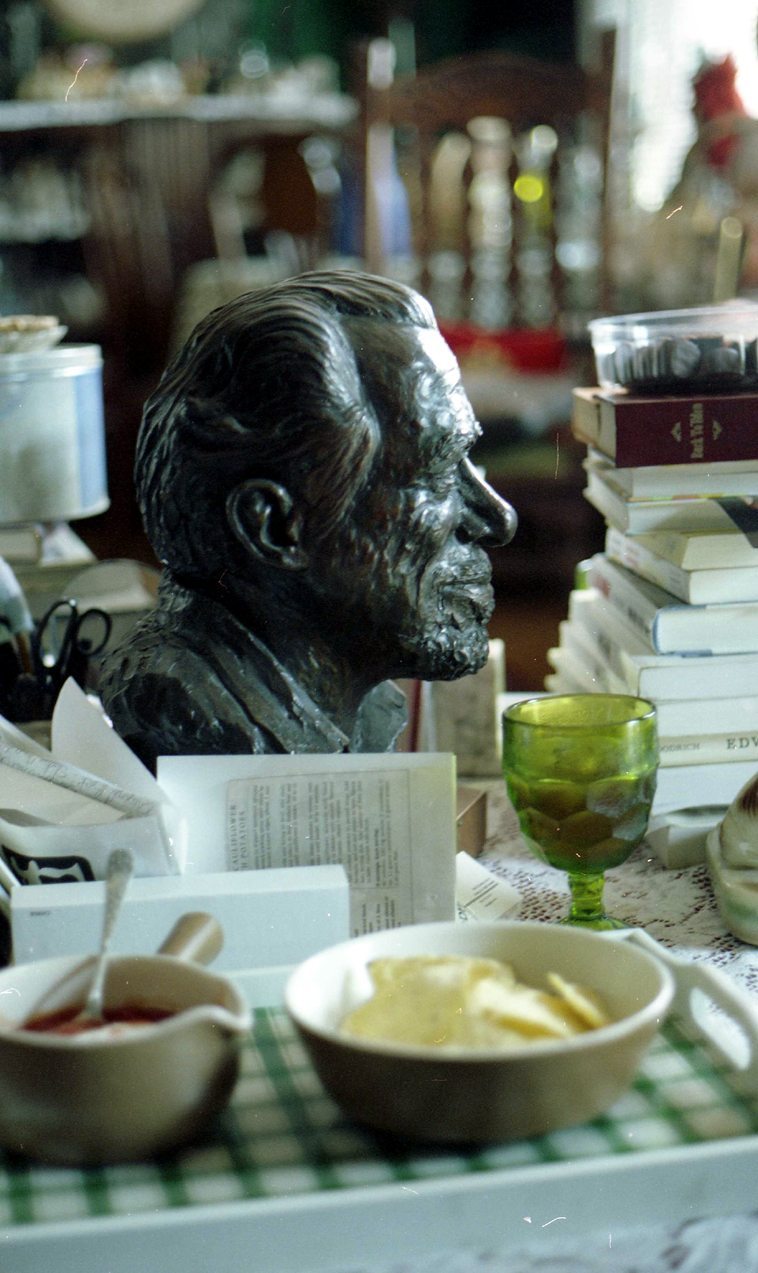 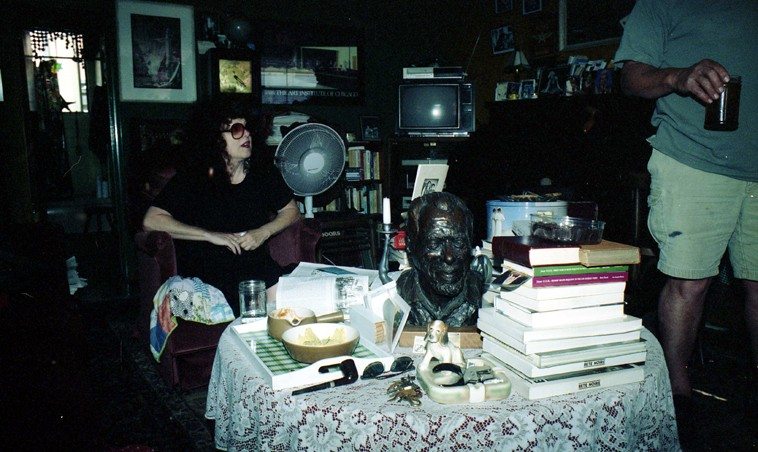 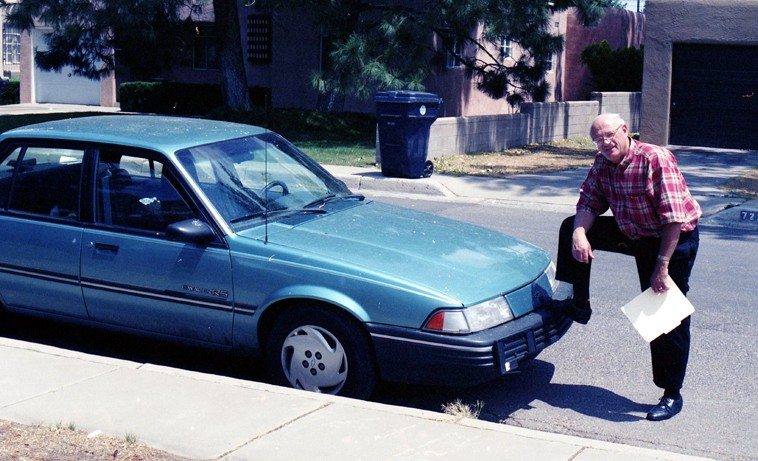 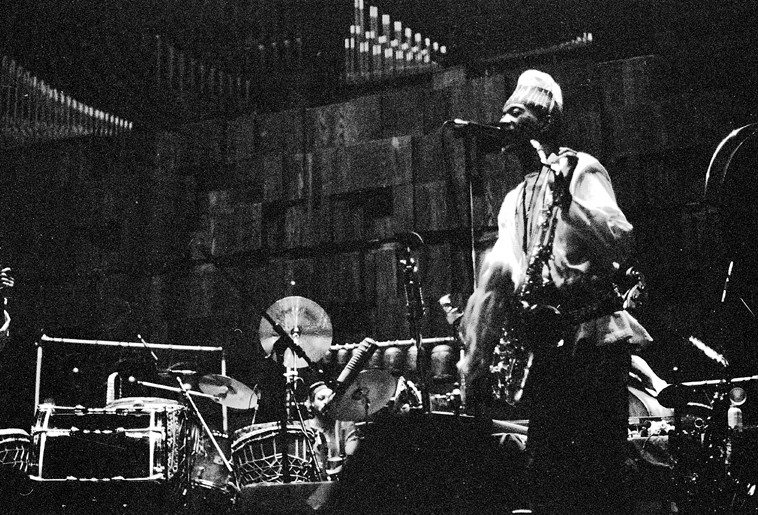 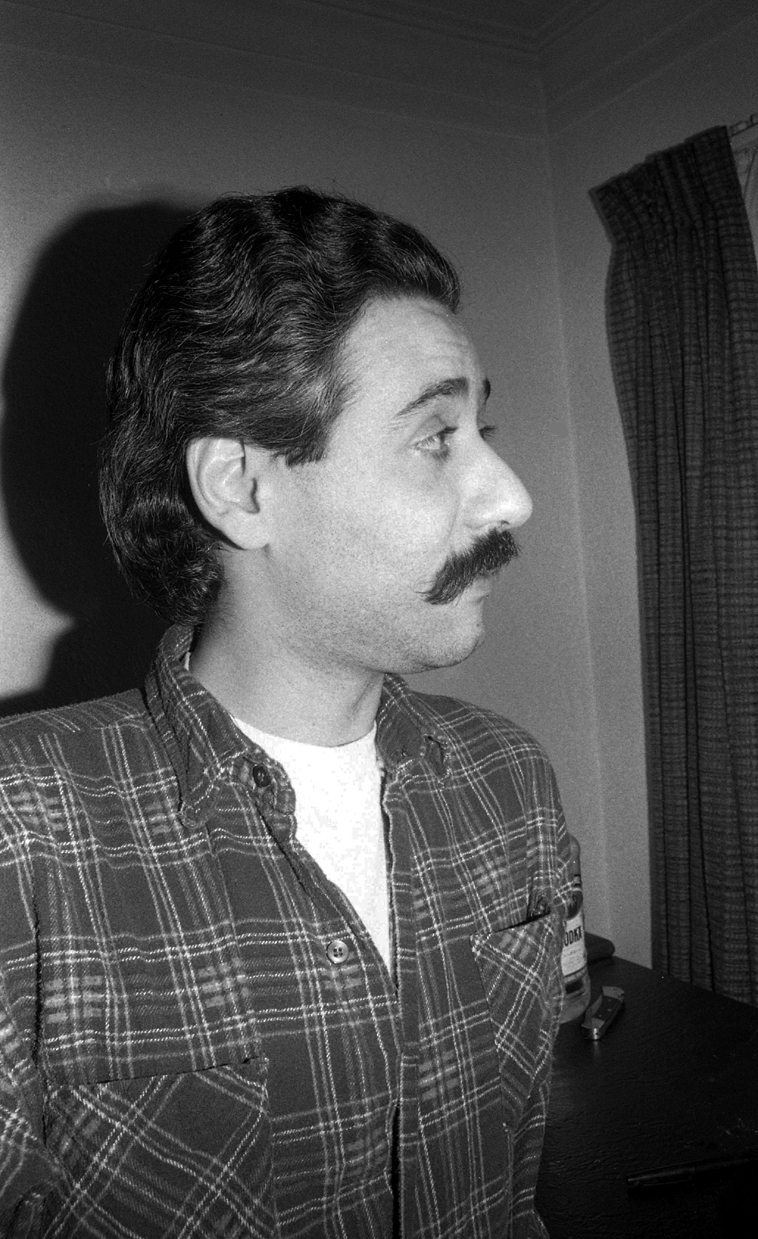 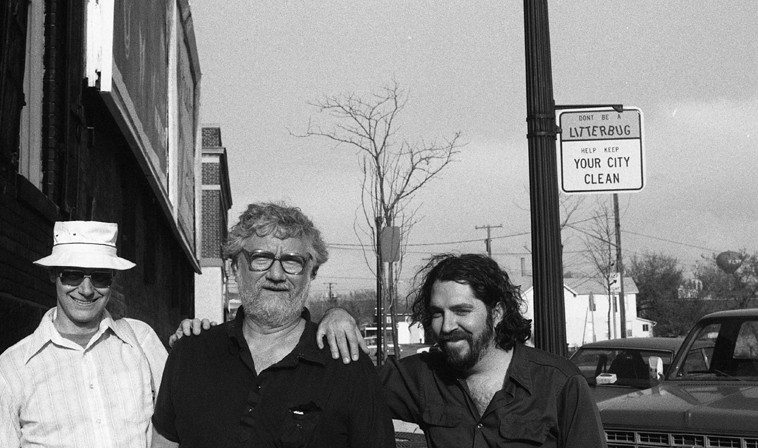 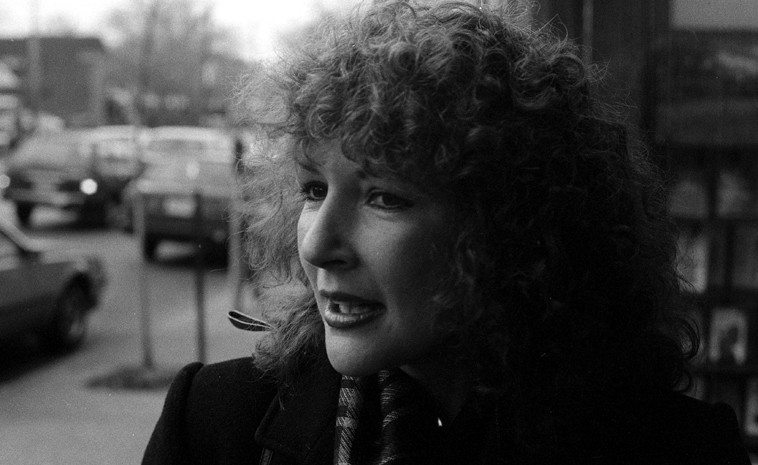 And how could I forget my dearly departed good friend, the poet Joyce Guion Shipley — April 22, 1988 — Cleveland — photo by Mark Weber 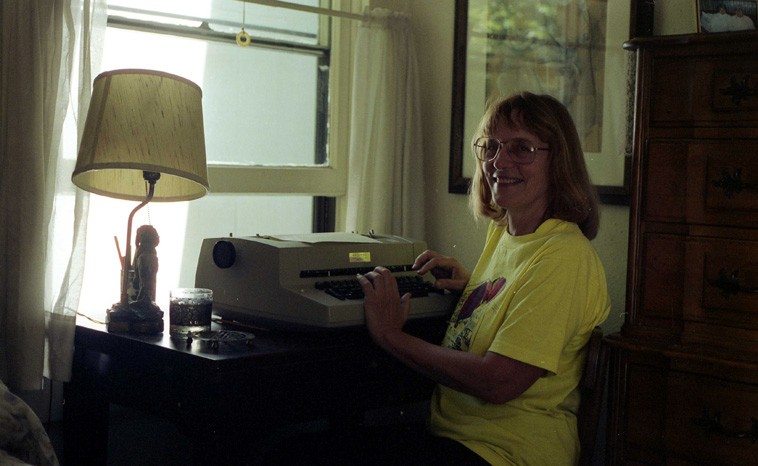 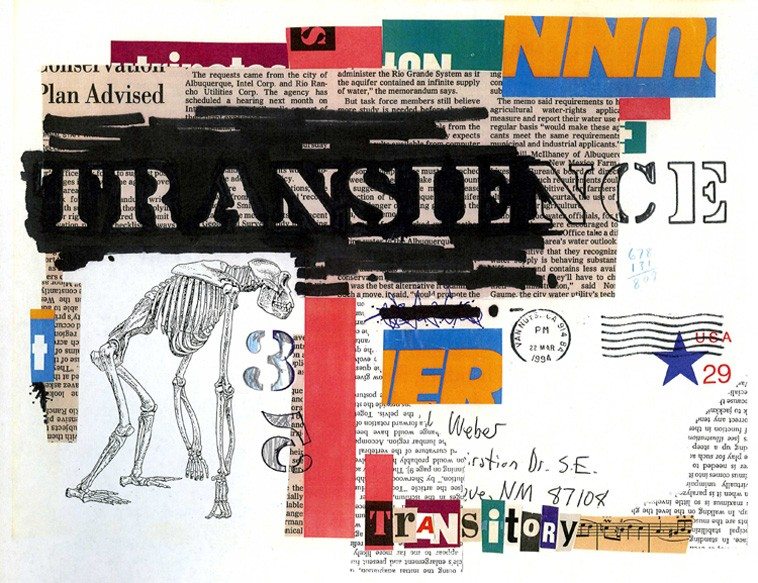 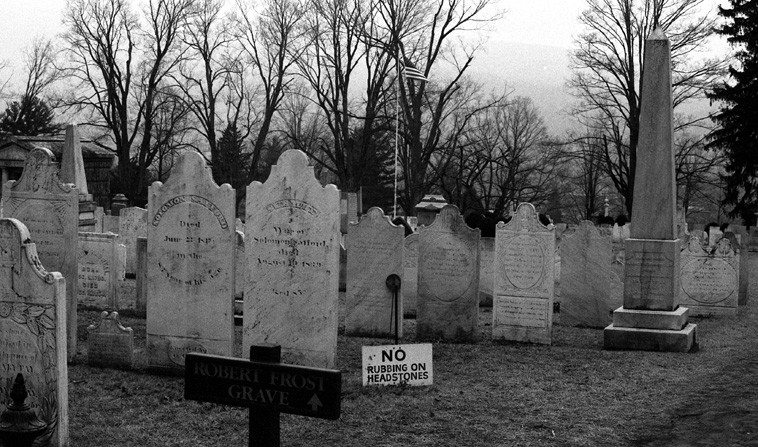 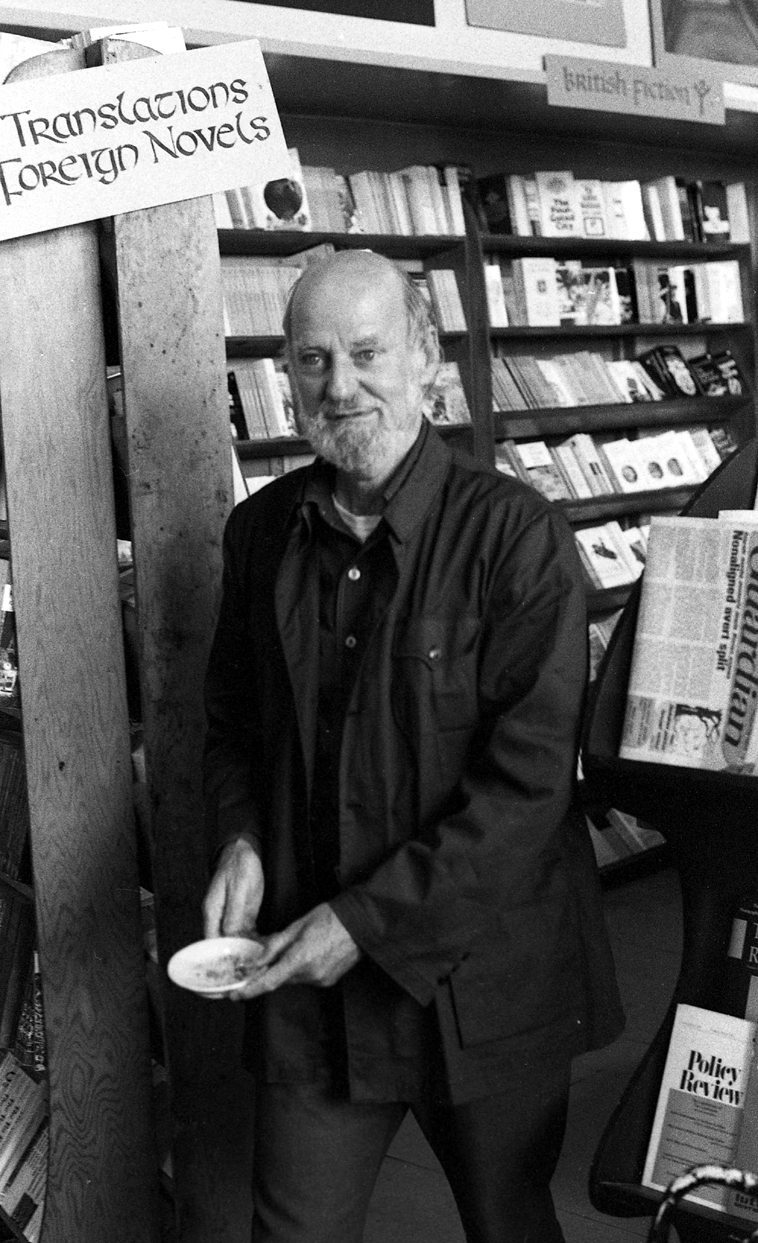 Lawrence Ferlinghetti @ City Lights Bookshop, San Francisco — August 16, 1978 — one of the heroes of  American literature, Lawrence allowed me to take a dozen or so shots while he milled about the store that afternoon, he asked, “What are they for?” And I said, “Just for my personal enjoyment,” and he said, “Well, I hope you get a kick out of them.” — photo Mark Weber 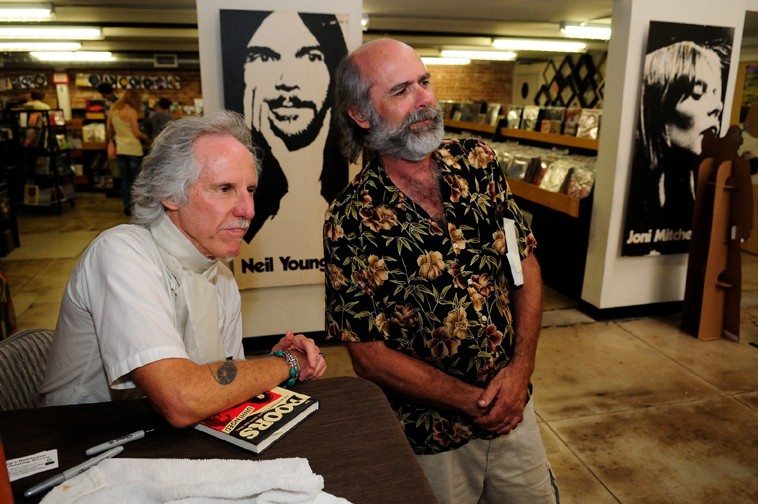 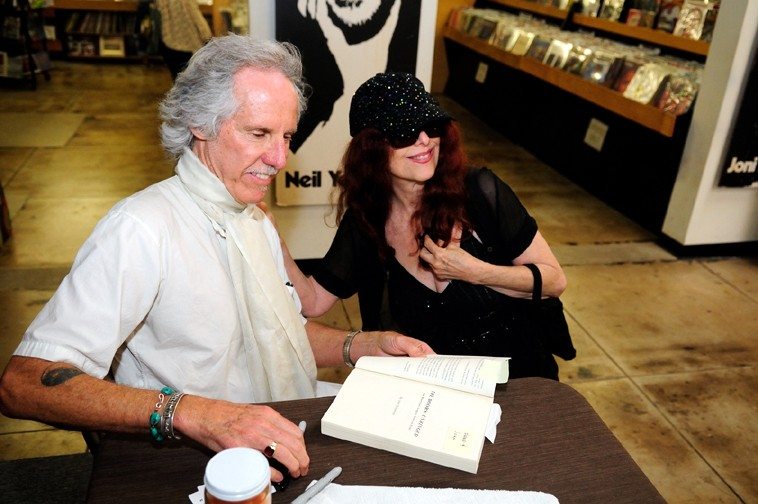