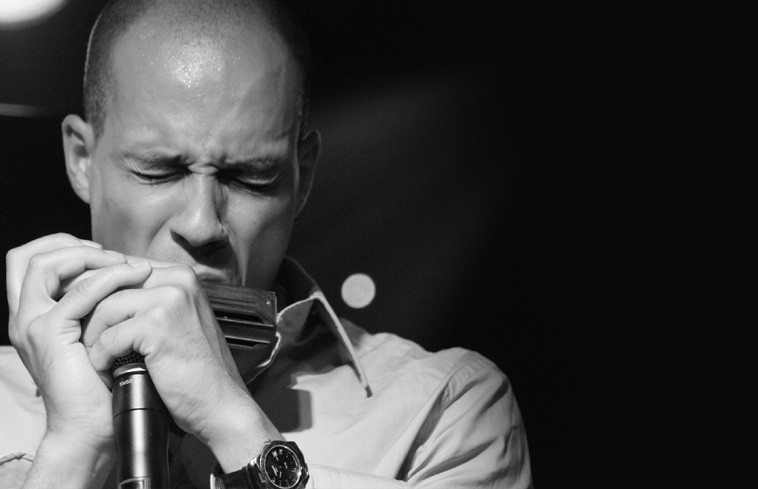 I think it was J.R.R. Tolkien who said that it was sorrow that made things beautiful. The chromatic harmonic is like that. So beautiful and yet melancholy. Who can ever forget the wistful harmonica on the soundtrack to Midnight Cowboy?

Then again, you have the bebop gyrosphere of Toots or the soaring stomping not-to-be-ignored sound of Little Walter. All on this little instrument invented in Germany in 1821. Legend has it that Abraham Lincoln played harmonica!

So, today on the Thursday Jazz Show we have the great honor of an in-studio visit from the master harmonica Gregoire Maret who is in town for a show at the Outpost Performance Space. That show is this very night, Thursday, and his bass player Matt Brewer will also be in-studio to fill us in on what’s going on in NY and his work with everyone from Steve Lehman to Greg Osby to Adam Niewood to Lee Konitz to Gonzalo Rubalcaba, David Sanchez, Terence Blanchard and Tyshawn Sorey. 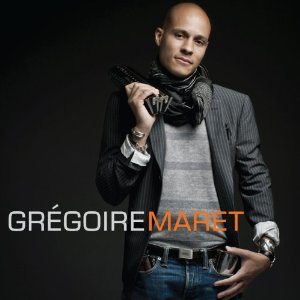 Gregoire Maret has a gorgeous sound and an exquisite aesthetic. He’s a romantic in every cell of his body (judging from his debut cd eponymously titled GREGOIRE MARET — I wince to use that ridiculous word: epony . . . sorry)(but, I’m writing fast here). He was born and grew up in Geneva, Switzerland, studied in the conservatory there and then off to New York’s New School for jazz studies, and finally into the bands of Pat Metheny, Marcus Miller, Cassandra Wilson, and all over the world. We’ll talk about harmonicas and past masters of that instrument, like Toots Thielemans, the legendary Max Geldray, Les Thompson, Larry Adler, Little Walter, Charlie Musselwhite, Louis Myers, and all the others who made magic with the “Mississippi saxophone.” ( I learned that cognomen for the blues harp from Rod Piazza.) And what’s Hermine Deurloo doing these days? She came through a couple times with Willem Breuker Kollektief out of Amsterdam and was astounding harmonica player, working over incredibly difficult parts.

With Matt the big question is, among us armchair anthropologists: Is the propensity for music genetically inherited? Matt Brewer could play more music than most of the rest of us by the time he was ten. His heredity, as well as home life, straddles both sides of the old “nature vs nurture” theories. His father is Paul Brewer, a trombonist and educator, who worked on the road with Leon Russell in the 1980s. Matt’s grandfather, Wayne Nichols, was trumpet player in Charlie Barnett Orchestra (1952), Woody Herman Orchestra (1956-1957) and various Texas swing bands like Bob Wills (1950), based out of Oklahoma City (residing in Edmond, OK most of his life). We’re going to listen to some of Wayne’s music as provided by his daughter Cris Nichols, who just happens to work at KUNM as membership coordinator. As well, her sister, Lisa Nichols, (Matt’s aunt) teaches woodwinds at Grandma’s Music here in Albuquerque, USA. That’s musical heredity from both paternal and maternal sides.

Cris was a jazz deejay in Oklahoma City and moved here with the kids, Jennifer and Matt in July 1991. So, Albuquerque is where “Mattie” grew up. From Cris: “He left home at 15 to attend the Interlochen Arts Academy for his sophomore, junior, and senior years of high school, graduating in 2001. From there, he went to Juilliard to attend the Juilliard Arts Institute for 2 years.” And except for a year (2010?) that he lived in northern New Mexico, he’s been in New York ever since.

(Paul Brewer currently teaches at Aquinas College in Grand Rapids, Michigan. He taught at Interlochen during the summers for over 20 years.) 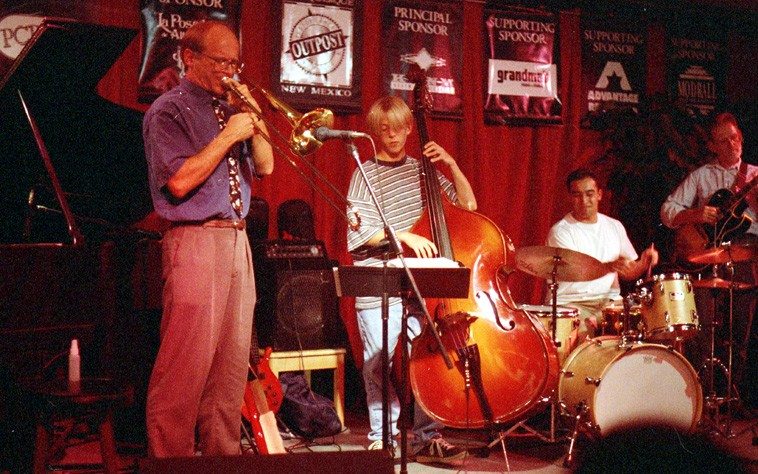 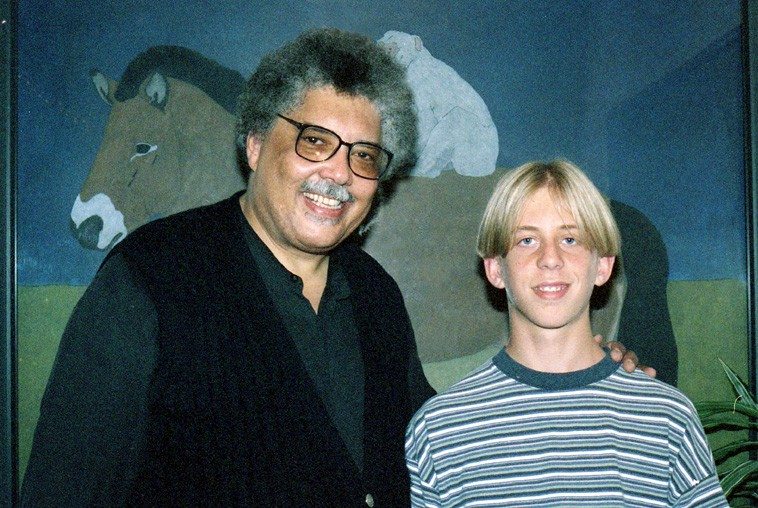 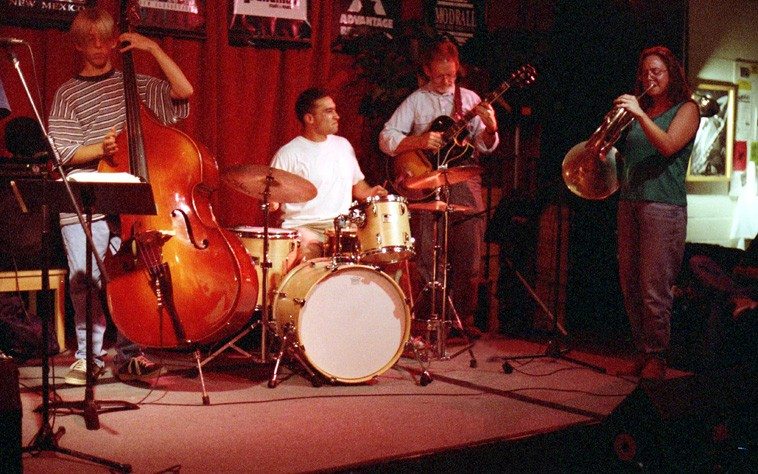 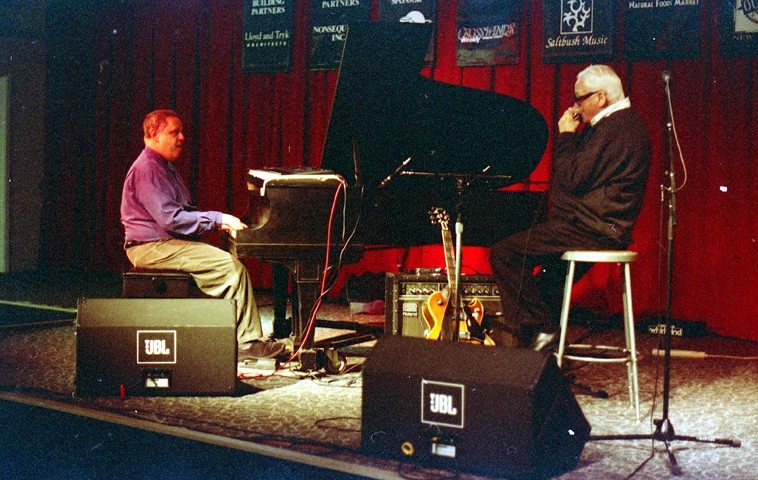 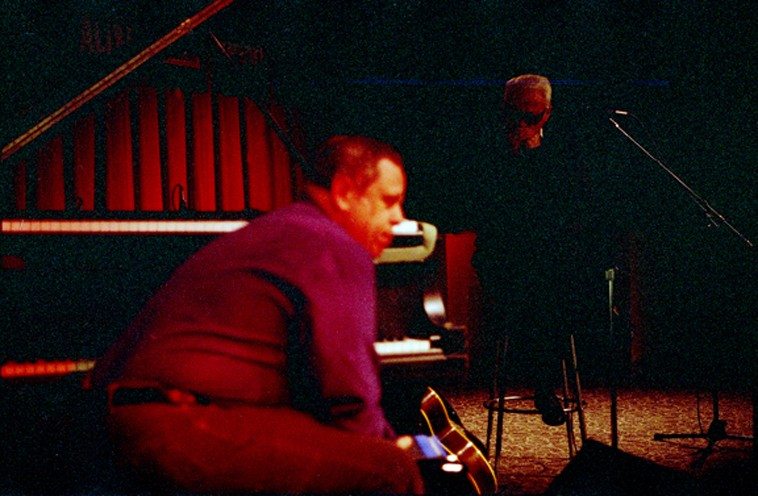 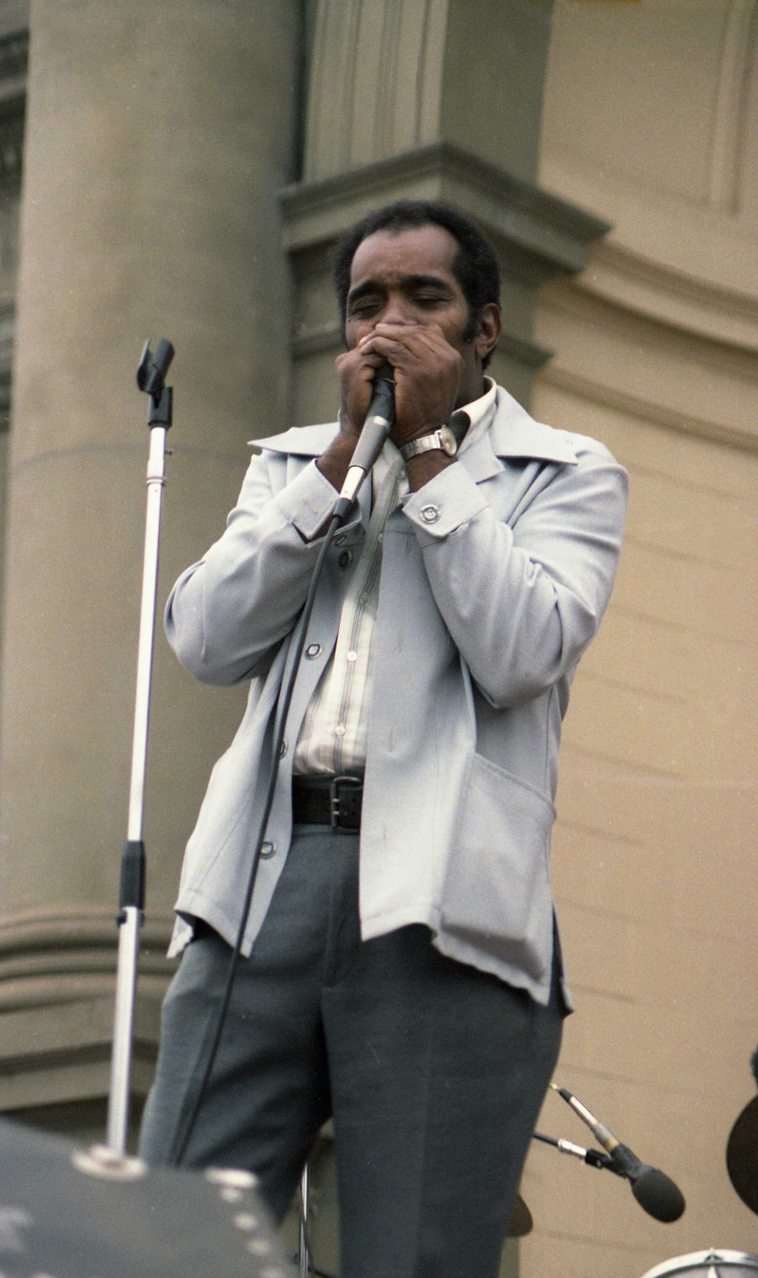 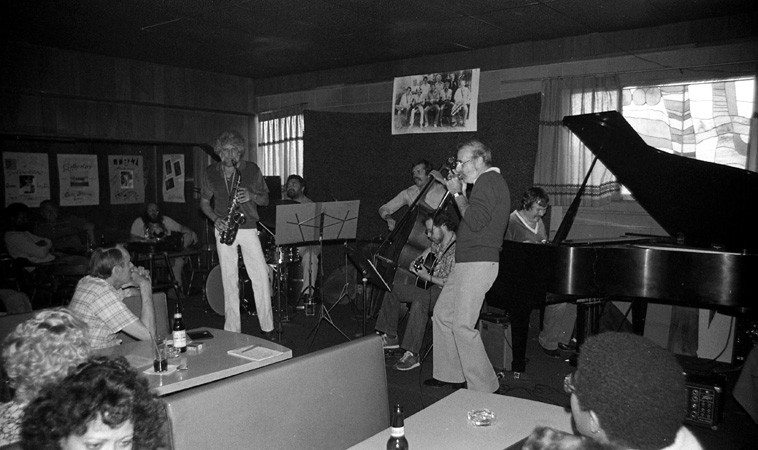 Max Geldray, harmonica, sitting in with Lanny Morgan Quartet @ Gilberto’s — May 3, 1981 — on old Route 66, Cucamonga, California — Barry Zweig, guitar; Bob Maize, bass; Nick Ceroli, drums, Lanny Morgan, alto saxophone; and Larry Flahive sitting in on piano — photo by Mark Weber — I SURE WISH WE HAD A RECORDING OF THIS SET ! Max was living in Palm Springs at this time.