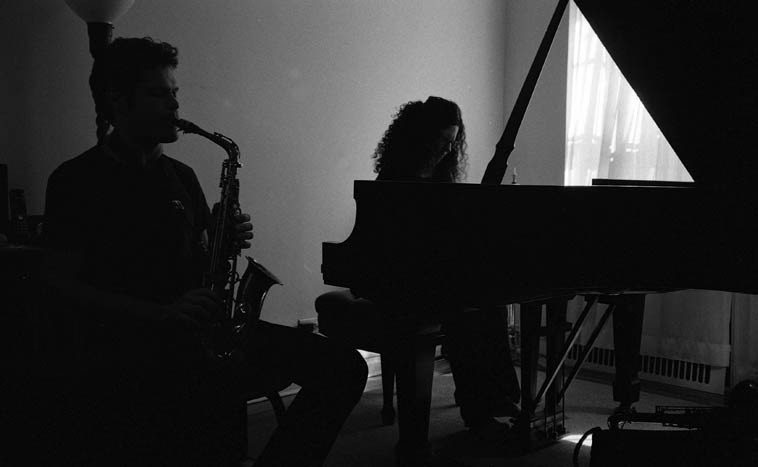 The curator in me pines that so much great music is lost during jam sessions that is never heard again. Musicians need to play and it is so important that people get together and interact, a human necessity for this, and there are not enough gigs to fulfill this need, so, just when we were about to complicate ourselves out of existence along comes a jam session, as straight forward as a major triad or a peanut butter sandwich. Private sessions at studios all over the world where music is freely improvised and freely let go. Neurogenisis: the re-growing of brain cells, a life-long on-going process. Interaction and enculturation.

Carol lives in an apartment on 103rd Street just off of Broadway. Easy subway and bus access. There is always a table of provender awaiting inside her door for the sojourners:cheese, crackers, breads, grapes, apples, drinks. Carol calls the session for Wednesday 2-5:30pm (so that we can have enough time for dinner afterwards and head over to The Stone for the Connie Crothers week-long residency in progress).

At the session there is no sheet music nor any tunes called, someone starts and others join. Mostly, at this session the participants chose among themselves for each venture, arranging themselves into duos and trios. None of the pieces were over ten minutes. Very concise. It becomes an exercise in the science of harmony, where each additional note builds upon the harmony as well as suggests movement and direction, hence the colors morph and rearrange themselves like the colors inside a gyroscopic kaleidoscope. 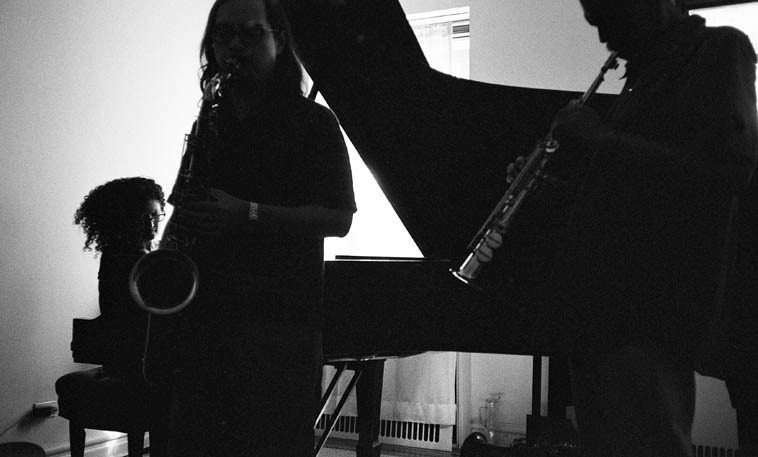 Carol Liebowitz, Will Jhun, Daniel Carter — August 20, 2o14 — photo by Mark Weber — the richness of jazz and the continuing viability of a scene is revealed in jam sessions 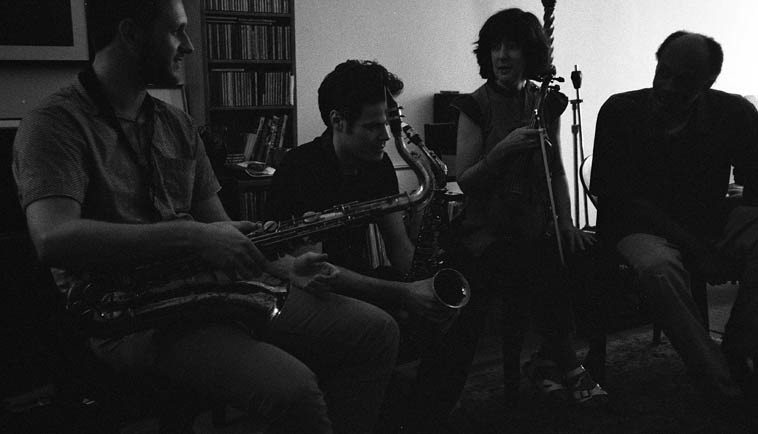 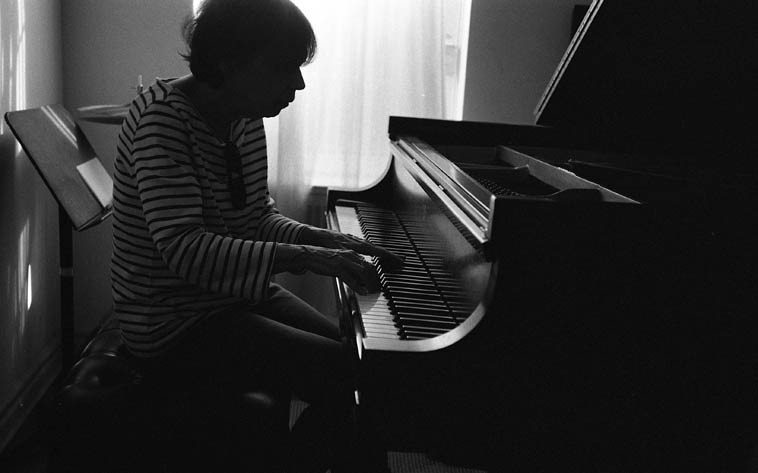 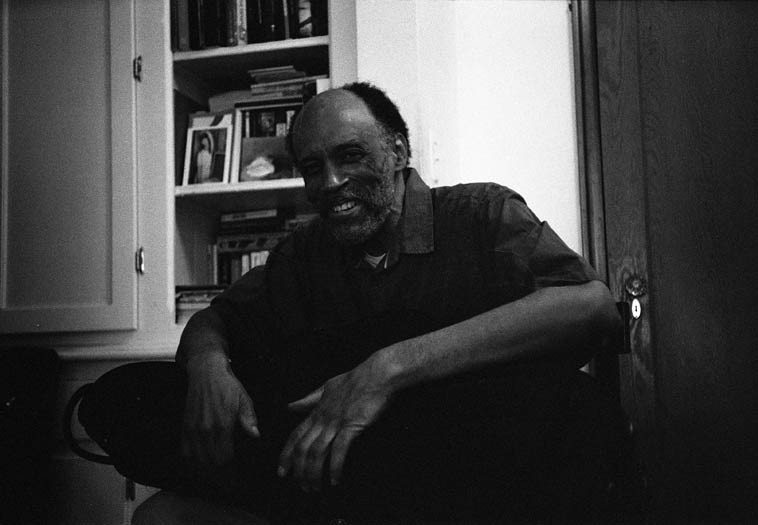 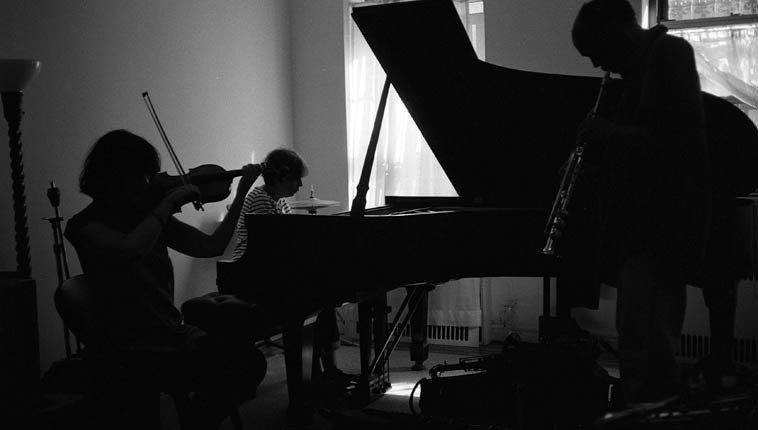 Eva Lindal, Virg Dzurinko, Daniel Carter — August 20, 2o14 — photo by Mark Weber — I hope the world gets a chance to hear Virg in a group context someday, her only cd release FUN CITY is solo piano, and a masterpiece — this photo shows her chamber group sensibilities but she also plays tunes with staggering dimension 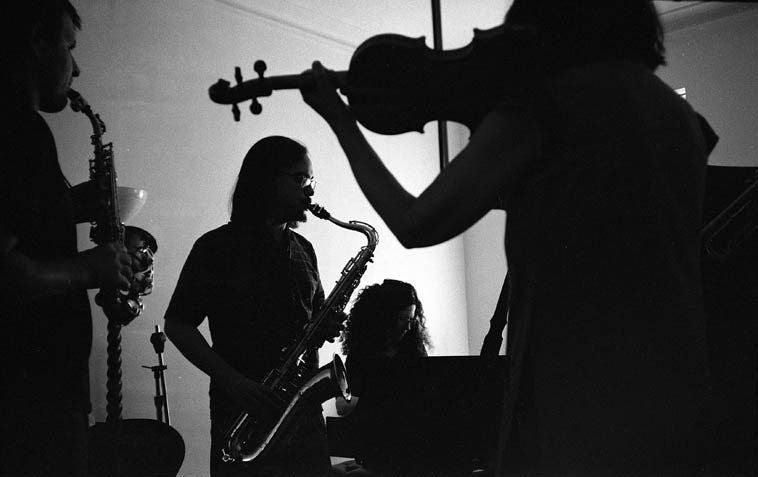 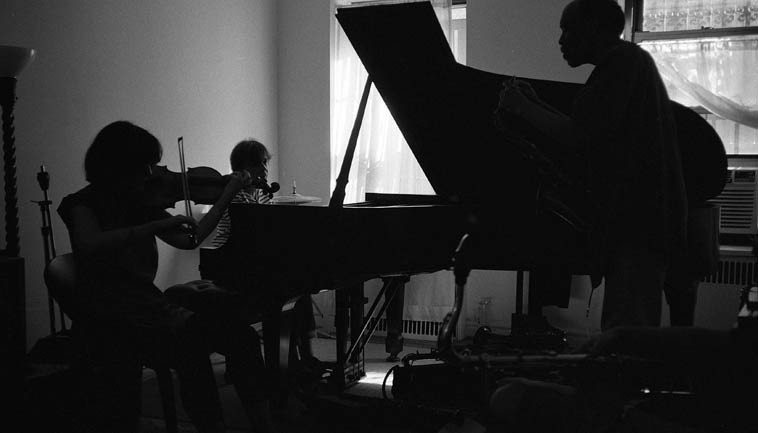 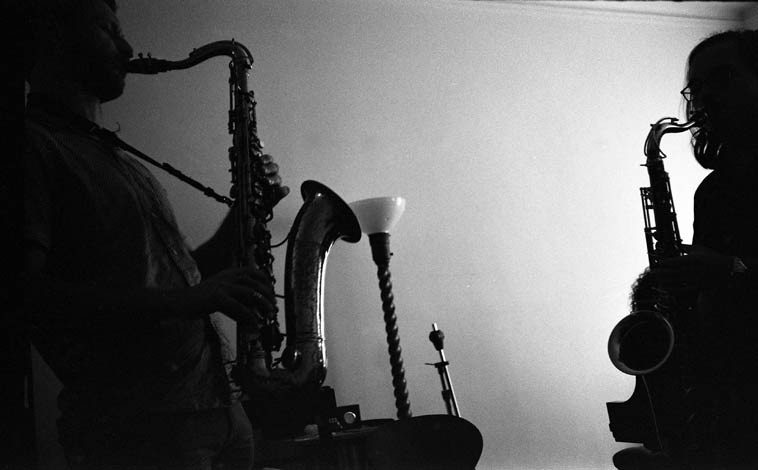 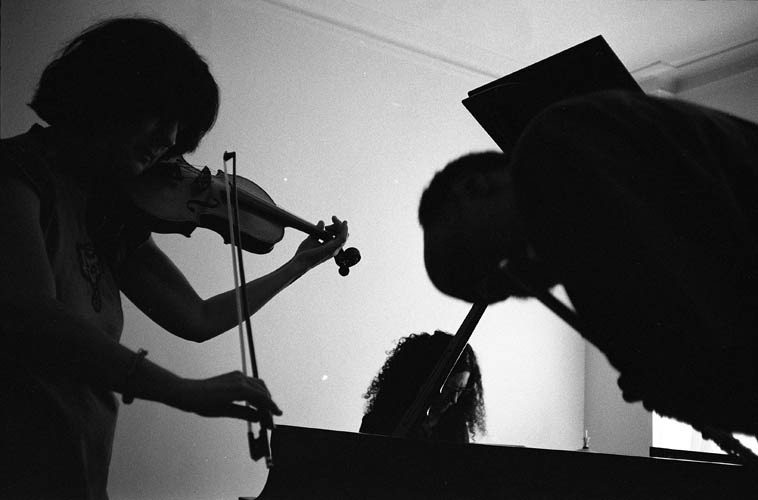 Eva Lindal, violin; Carol Liebowitz, piano; Daniel Carter, flute — August 20, 2o14 — photo by Mark Weber — Daniel used the term “value neutral” at one point during conversation and I immediately realized what a useful term this is, even with its slightly sardonic and sportive twist, it could come in handy 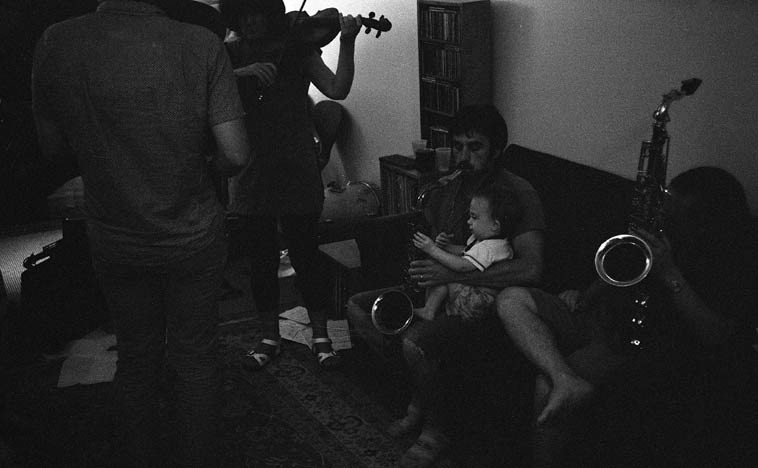 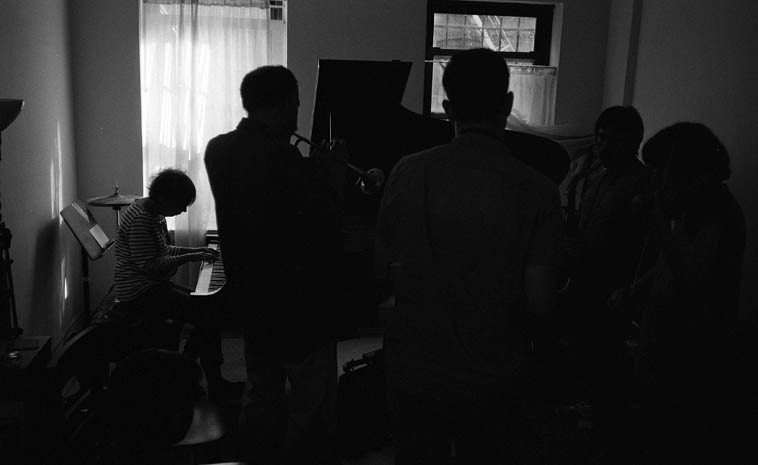