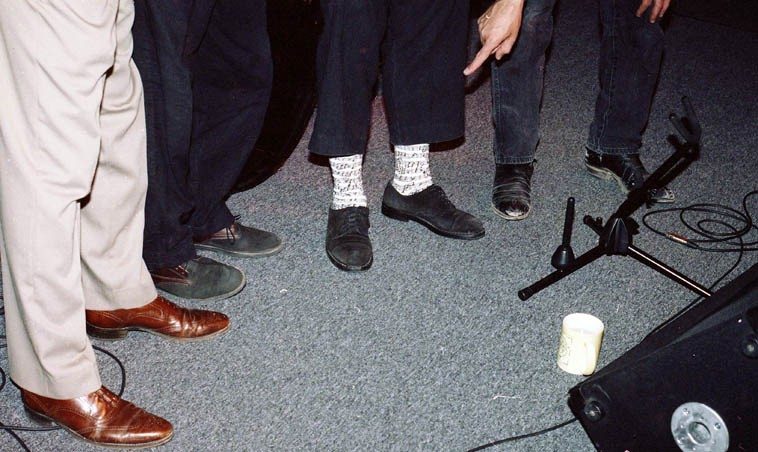 Have your feet on the ground, a firm foundation, and a musical pair of socks before you pick up the saxophone —- Moody had a considerable success early on when in 1949 at age 24 his “I’m in the Mood for Love” was a hit —- Bobby Bradford remembers dancing to it in Dallas at high school dances —- Moody was one of the early jazz expats, spending a lot of time (1948-1951) living in Europe where his records those years emanated from Paris, Stockholm (“Mood”), Lausanne, Zurich, and some of the titles already reflect his life-long penchant for humor (and bop allegiance): “Three Bop Mice,” “I’m in the Mood for Bop,” “The Flight of the Bopple Bee” —- most of us remember him for his long tenure (1963-1971) with Dizzy’s Quintet and all the great records they made —- this photo is of the quartet he used at the Outpost Performance Space — April 21, 1997 Albuquerque: Left to Right: David Parlato, John Trentacosta, James Moody, Bob Fox — photo by Mark Weber

There are some days that
just don’t get off to a good start
a flat tire day, or you can’t remember where you put your keys,
you lost your subway pass, or
the box of Wheaties was empty, your shoelace
broke . . . .

You got out of bed on the wrong side?
Which side is wrong, by the way?

Whichever way it was, even in the best of times
it’s necessary to start your day over:

Just stop and tell yourself: Okay, I’m going to wipe the chalkboard clean
and start over —-
Make a ceremony out of it if you want: Stop
right there on the sidewalk and say it outloud
(quietly) that This day is starting over —- 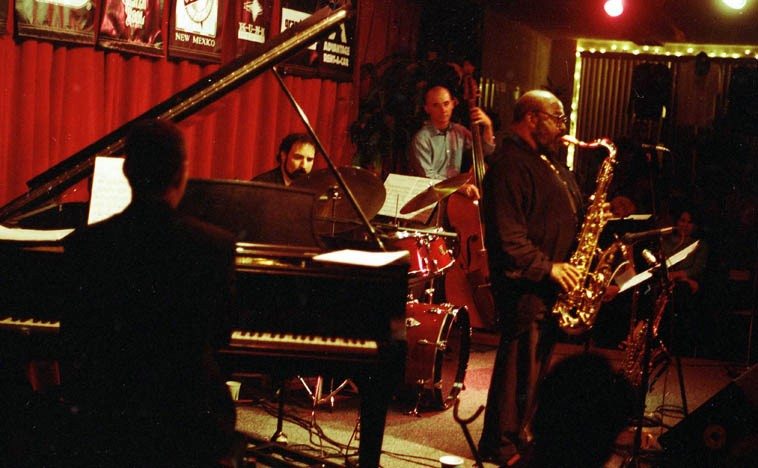 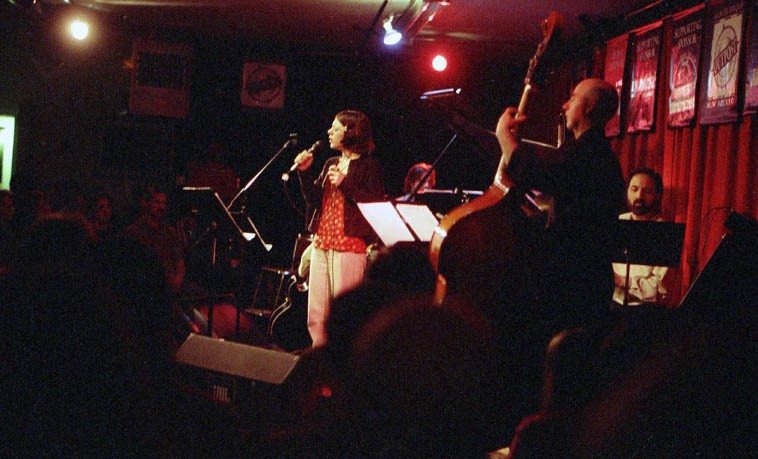 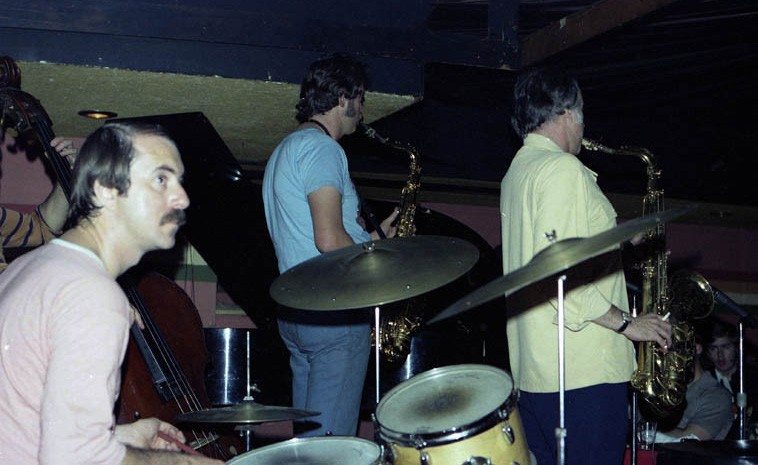 Warne Marsh – Pete Christlieb Quintet — October 7, 1976 — Donte’s, North Hollywood — I sometimes think only musicians really get what Warne is doing, and by extension, possibly only saxophonists really get what’s going on —- Warne was so involved in chords and complicated exercises in time . . . (for example it was years before I found out that his tune “Two Not One” meant that the first note you hear is actually the second note in the measure, which means I was already off in my count from the get-go) —- photo by Mark Weber —- Quintet this night was Lou Levy, piano; John Dentz, drums; Fred Atwood, bass 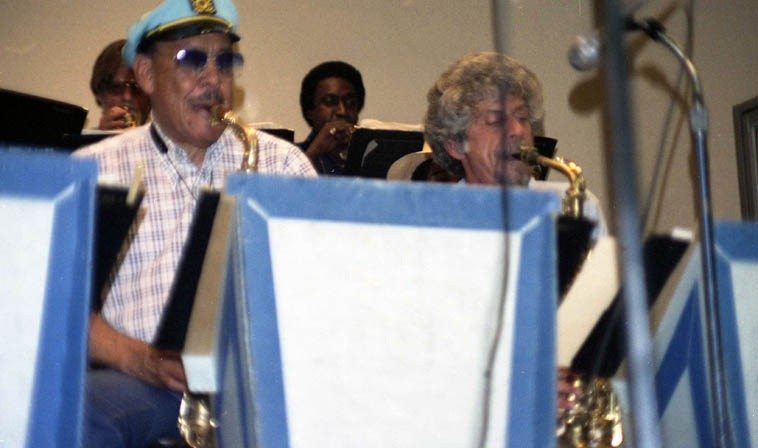 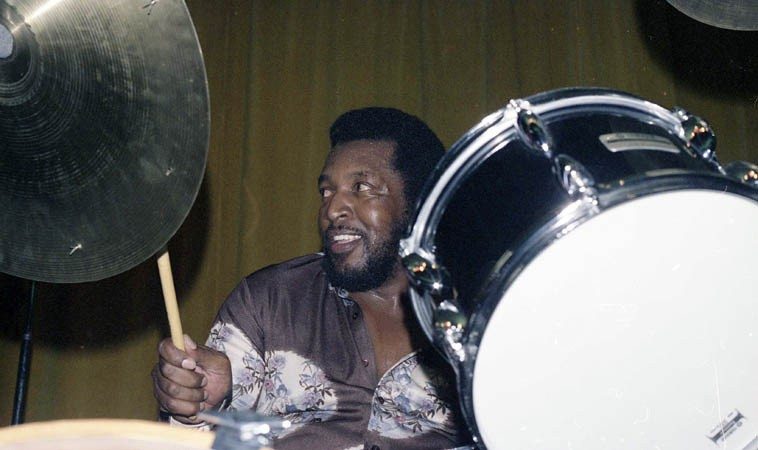 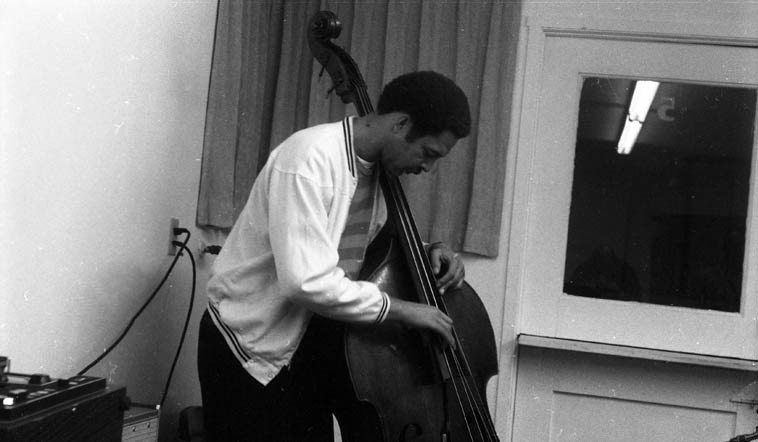 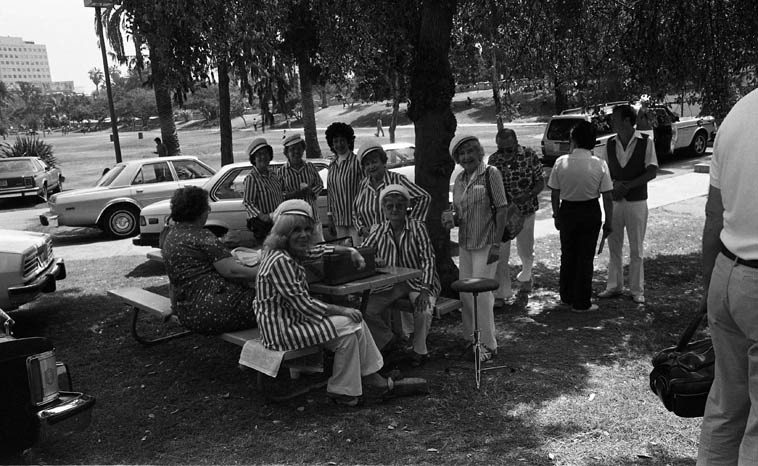 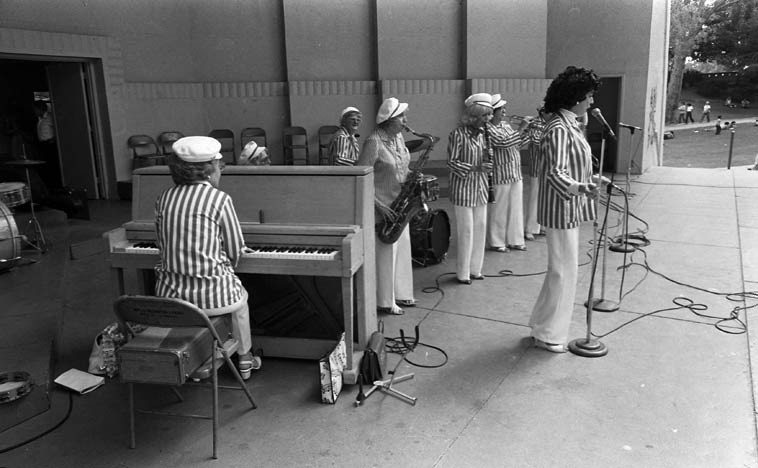 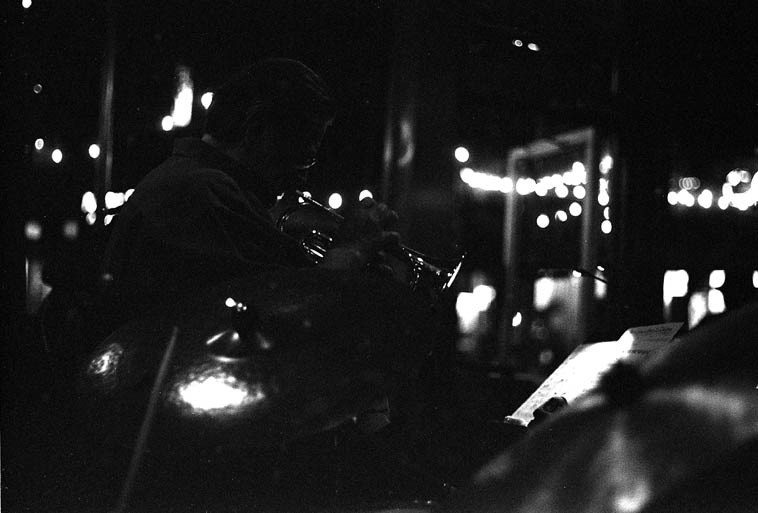 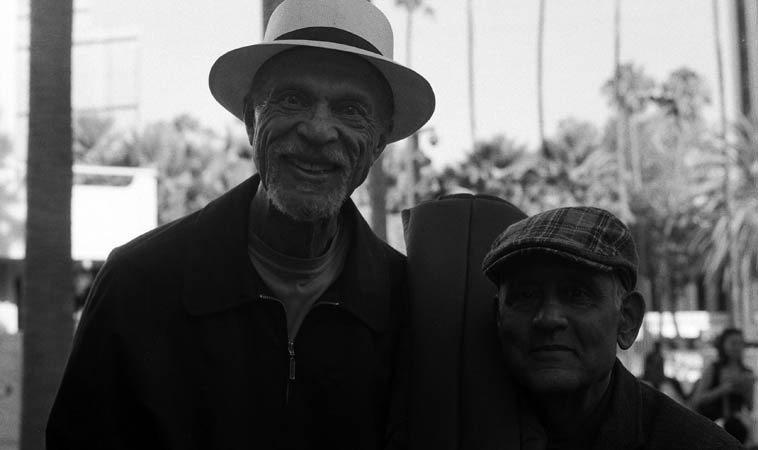 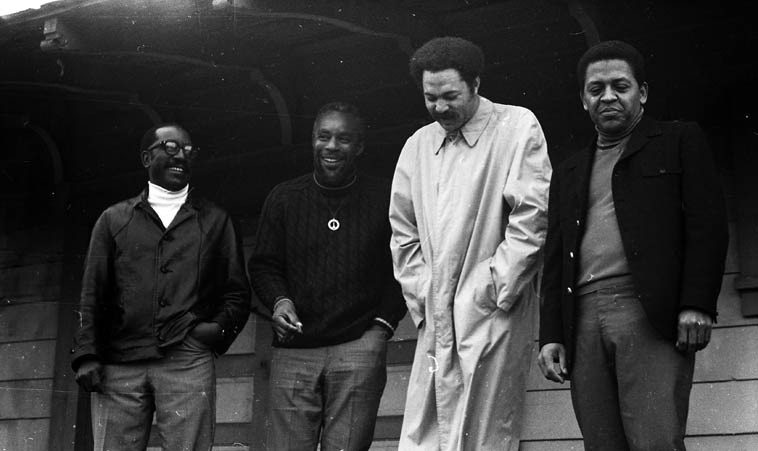 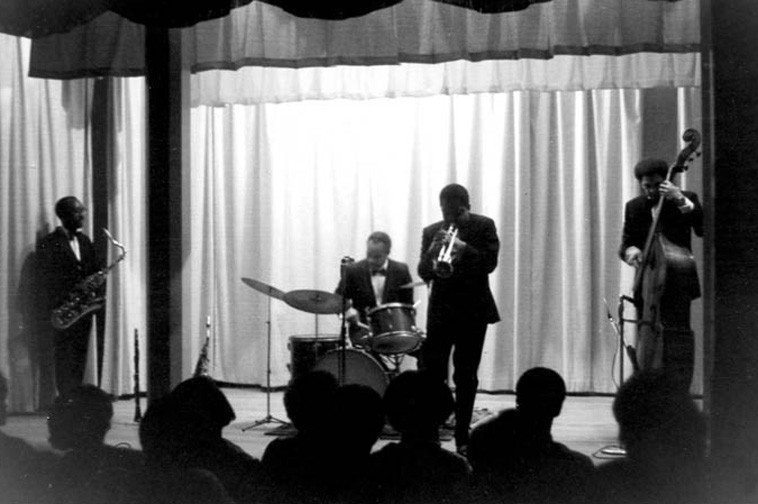 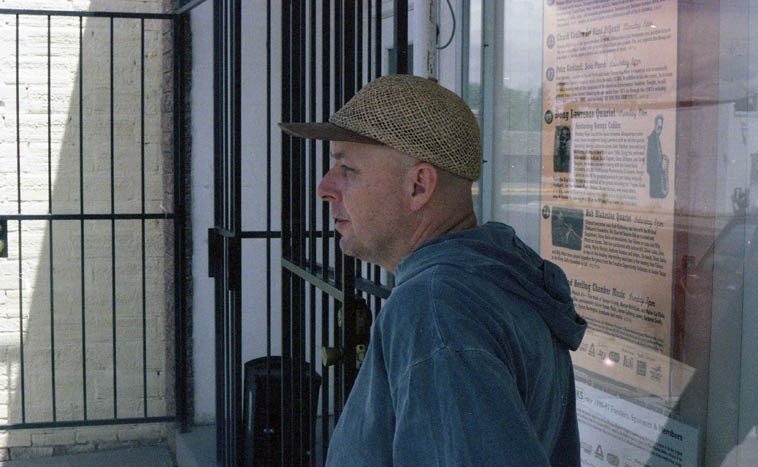