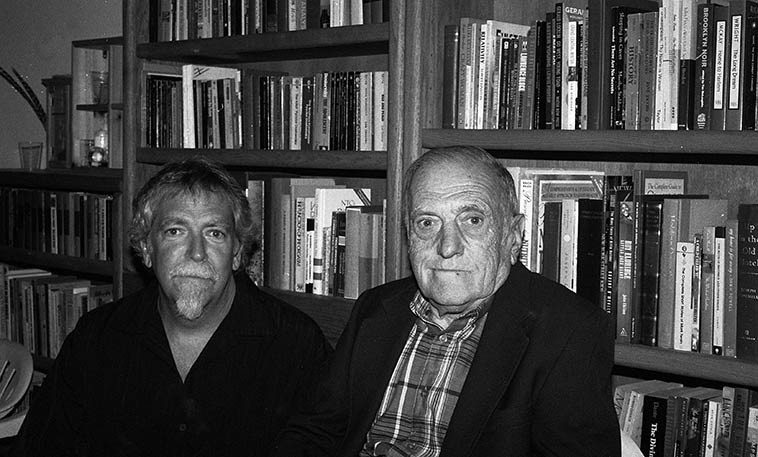 Sal Mosca drove down from Mt Vernon to  hear Connie Crothers Quartet + MW perform at CC’s loft in Williamsburg —- that’s me with Sal and CC’s books snapped by Kazzrie — September 18, 2005

Pictures of the Gone World, and goner
everyday . . . . Remember when we used to
talk about something being so far out and cool we
gave it the ultimate nod and said it was gone?
Past tense turned sideways . . . .

I put on sitar music, it seems to soothe me
with it’s sense of the past . . . . resonating
the wheel of impermanence and sorrow . . . .

All and everything
dependent upon each other
each one of us has a Large Hadron Collider inside ourselves
I’m not sure I want to swat that fly
it might have something to do
…….with the geraniums being red
I suppose my idea that they are pretty
has something to do with something
…….my Mom said, when I was a child

Did the potter’s wheel precede
the idea of the wagon wheel?
Could be —- I’ll have to hit the books, the histories,
……legends, myths —- floating in the mists of
Mesopotamia, all the rivers that flowed into
that land and
out to sea . . . . 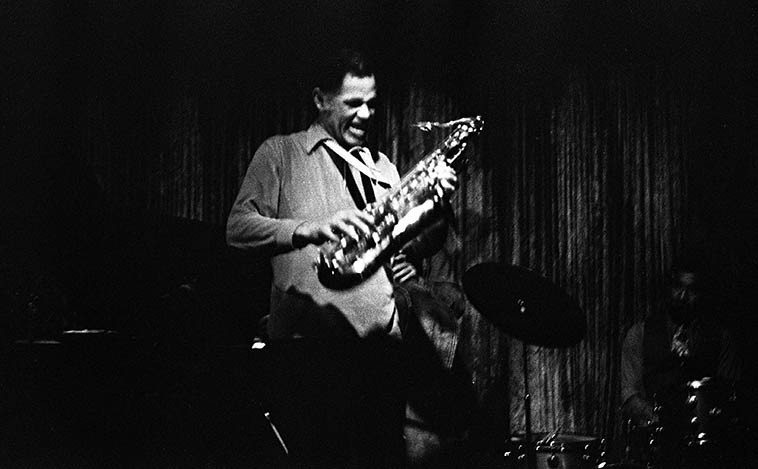 Dexter Gordon with a Los Angeles rhythm section during one of his annual visits back home (he had & has family in L.A.) —- Jimmie Smith, drums; Dolo Coker, piano; Frank DeLaRosa, bass — December 23, 1976 at The Lighthouse, Hermosa Beach — photo by Mark Weber (Dexter still lived in Copenhagen at the time, or maybe he had just repatriated to the States?) 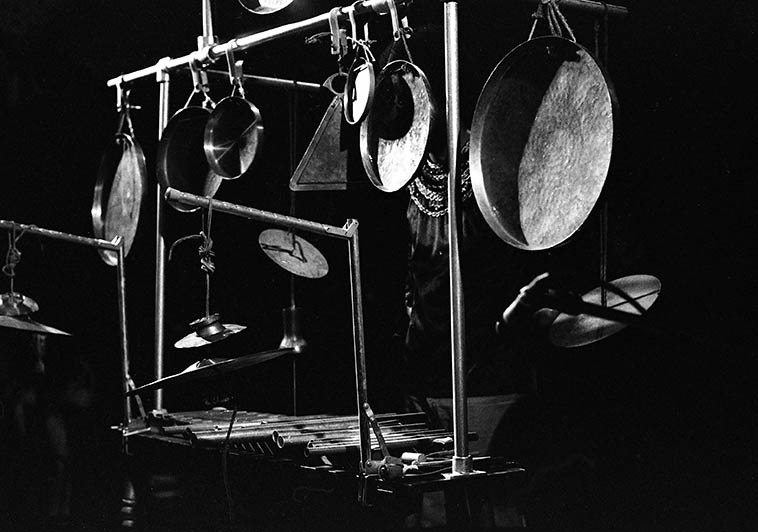 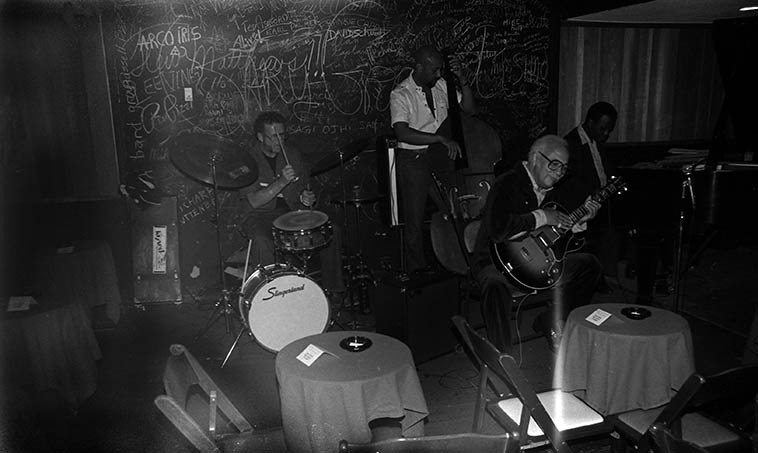 John Collins Quartet at Donte’s, North Hollywood — Ed Shaughnessy sitting in —- the Quartet this night was: Dick Berk, drums; John B. Williams, bass; Gildo Mahones, piano — May 24, 1982 — photo by Mark Weber —- John Collins (1913-2001) was a swing-to-bop era guitarist who made his first records in 1931, was with Roy Eldridge 1936-1940, made records with Mildred Bailey and Billie Holiday, Don Byas, Hot Lips Page, Pete Johnson, made the Decca Tatum sides, JATP 1946, recorded one of the earliest versions (1946) of “Epistrophy” w/ Kenny Clarke’s 52nd Street Boys that included Bud Powell & Fats Navarro, too many people to list, Illinois Jacquet, Tadd Dameron, Coleman Hawkins, Artie Shaw, Wild Bill Davis, Duke Ellington, and a long tenure (1951-1965) with Nat King Cole, among OTHERS, but most notably was his close association with the Master of Time & Space (Lester Young) in small groups on 52nd Street during 1940 & 1941 and as part of Lester’s short-lived orchestra during that time — So, when John Collins played Donte’s we were all there 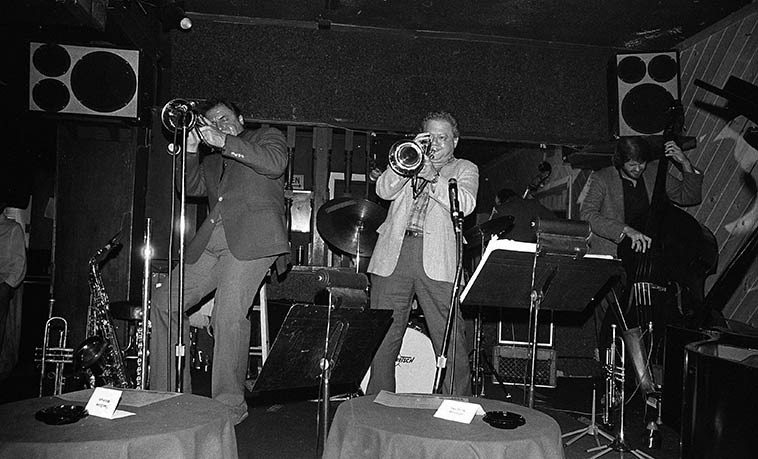 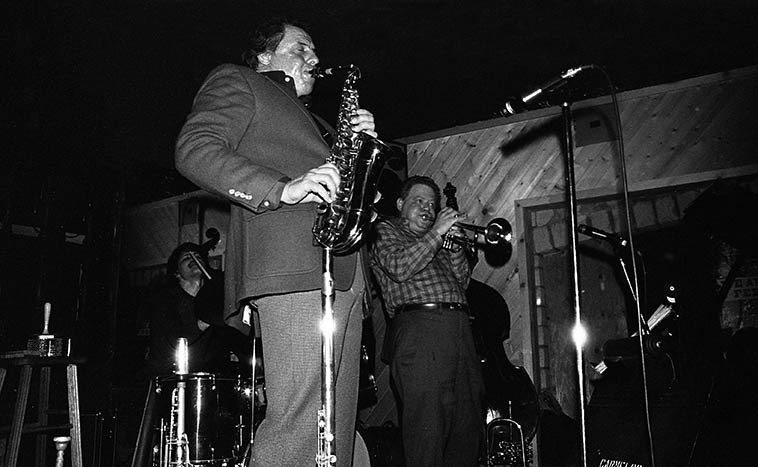 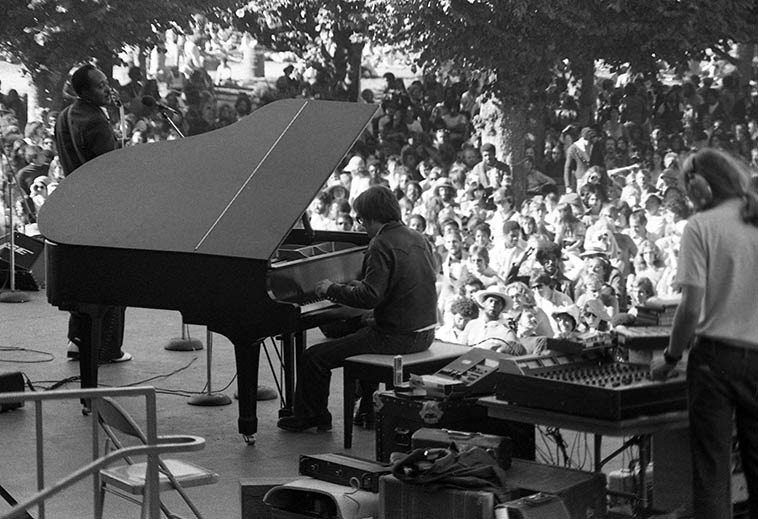 Mark Naftalin (piano) with Phillip Walker (guitar) ‘s band at San Francisco Blues Festival — August 13, 1978 — photo by Mark Weber —– I have a great love of Michael Bloomfield’s music, of which Mark Naftalin played a great part over many years, but I never got to see Bloomfield play live, although I did stand outside Minnie’s Can-Do Club on Haight Street one evening in the summer of 1975 and listen (I was too broke to go inside) to Bloomfield tear the place up with that guitar 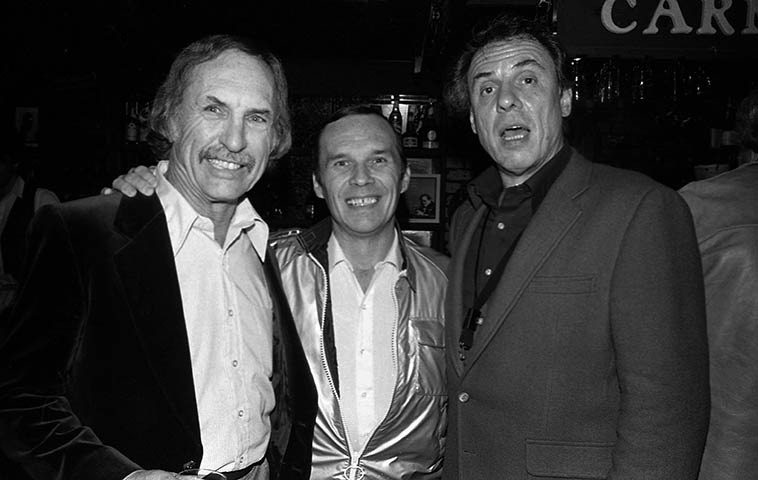 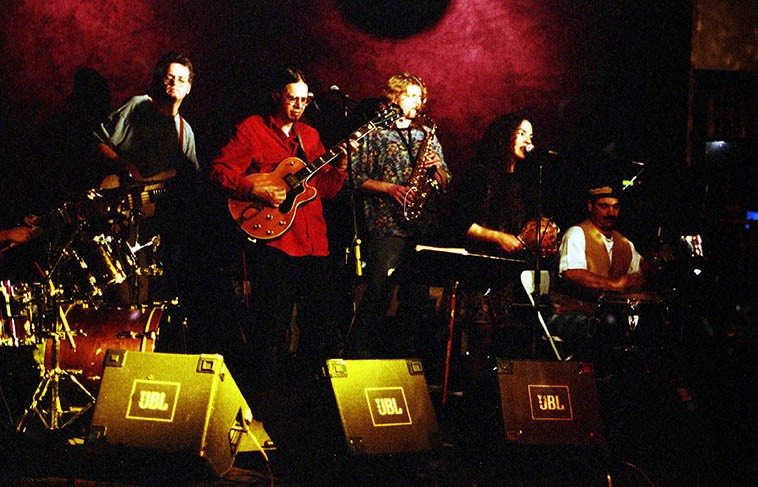 If you happen to be in New Mexico on June 27 (2o15) don’t miss the reunion of Manny Rettinger’s band Animal Opera at the Albuquerque Museum of Art amphitheater —- Manny is an old friend of mine and engineered a lot of my Bubbadino sessions and other things at his Ubik Sound Studios —- He has been the director of Sound & Recording at Popejoy Hall, University of New Mexico for the last 20 years —- photo by Mark Weber — December 20, 1996 —- Debo, vocals; Manny, guitar; Frank Leto, conga; Michael Hays, elec-bass; and somebody will have to tell me who the sax guy is (He also engineered the cd CONNIE CROTHERS QUINTET LIVE AT THE OUTPOST (2003) and this July will be recording Connie solo at his UNM studios) He is also a close associate with Thomas Mapfumo 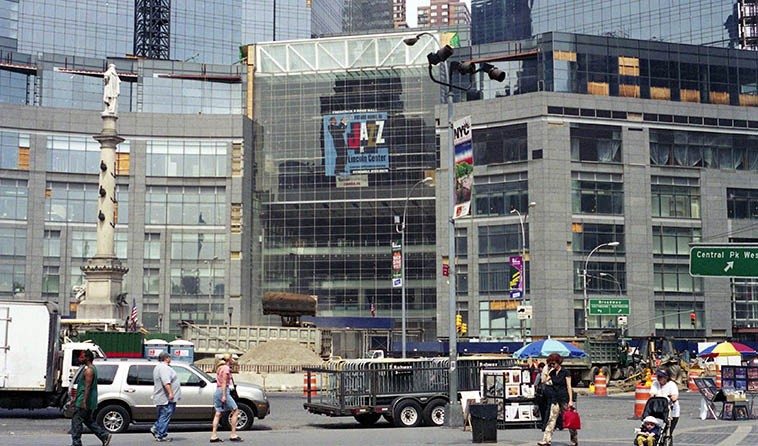 Jazz at Lincoln Center under construction — July 2, 2003 —- photo from Columbus Circle by Mark Weber —– on July 1, 2o15 there will be a ceremony of recognition as Lennie Tristano is inducted into the Lincoln Center Ertegun Jazz Hall of Fame along with James P Johnson and Dexter Gordon —– Connie Crothers will speak on behalf of Lennie and the Kazzrie Jaxen Quartet will perform Lennie’s music, sure wish I could be there 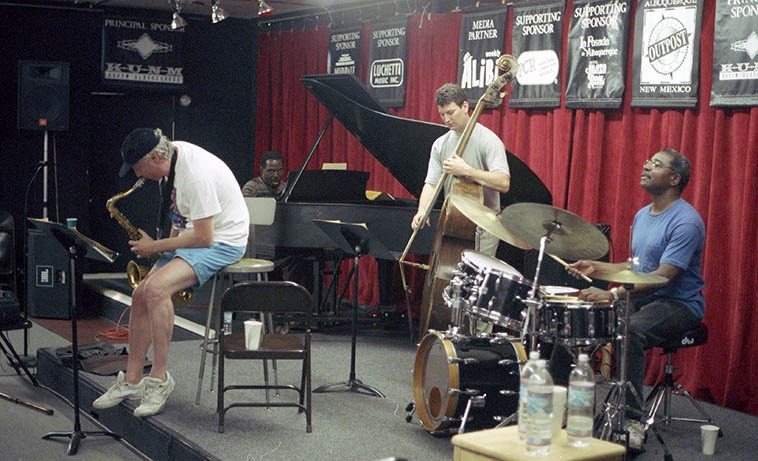 Doug bending in to see the scratch —- Doug Lawrence Quartet rehearsal at old Outpost — May 15, 1997 Albuquerque —– Doug still lived in NYC at the time of this photo but he now lives here with his wife Cara and daughter Lyla and his pitbull Wardell (as in Gray) He grew up in Albuquerque —- photo by Mark Weber —- George Cables, piano; John Webber, bass; Leroy Williams, drums 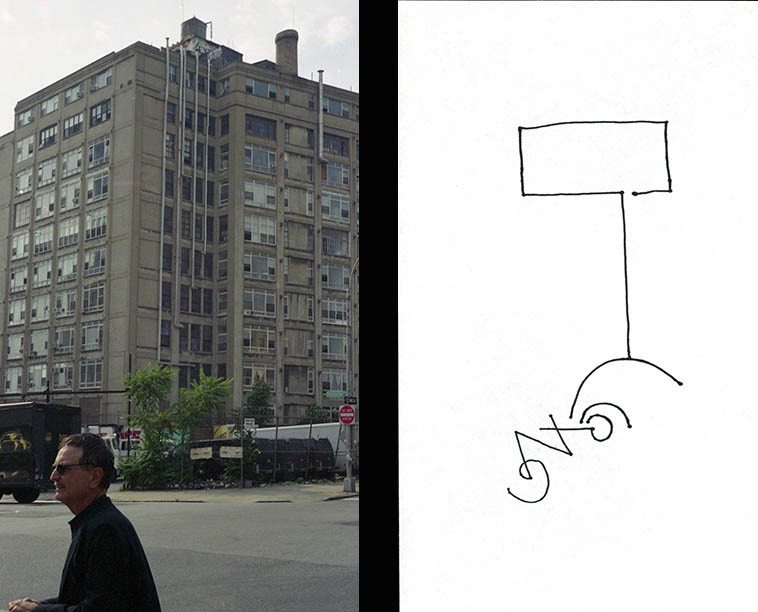 The incomparable drummer Roger Mancuso catches a bus to make his way back home on the Jersey Shore after a rehearsal with Connie Crothers Quartet — Connie’s loft is on the 4th floor of that building behind Roger, coincidently in years past Max Roach kept a rehearsal space there (475 Kent, Williamsburg) —- photo by Mark Weber — June 30, 2003 —- Line drawing by Mark Weber “Roger Mancuso”