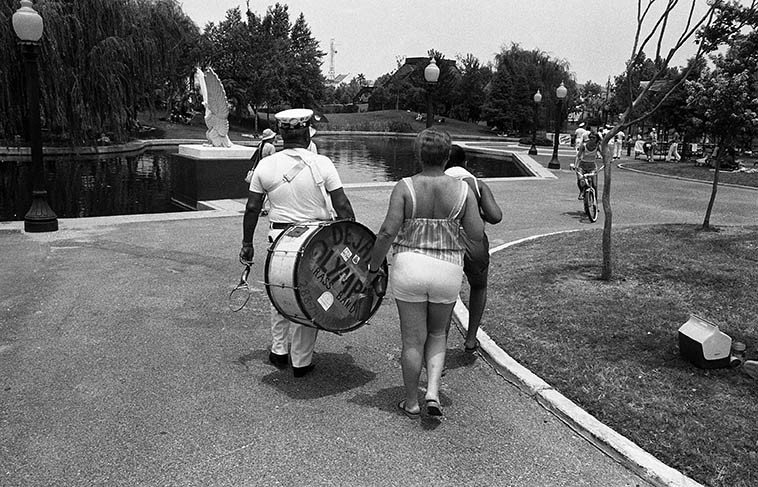 Pulse.
Pulse is related to the heart.
Tempo is the pace at which we live in the modern world.
Rhythm is how we interact with others.
Time is the ladder.

In the early days of jazz the pattern of 2 prevailed. By the early 30s swingsters like Davey Tough and Gene Krupa and Big Sid were moving into 4. The histories tell us that along about 1934 when Jo Jones joined Basie the patterns smoothed out into a floating 4 under his vision. This new 4/4 time has a feeling of the infinite, whereas, signatures of 3, 5, 7, etc always cycle back around. 4 just goes on and on and on, you can get lost in it, I’ve been lost in it for years.

Max said what jazz got from Africa wasn’t so much rhythms as it was intensity. He also pointed out how much was absorbed from the First Americans who had knowledge of the 1. Which I grabbed and think of as an influence on the free-floating 4/4 that I understand. Now, be forewarned, when I have voiced my idea of what 4/4 is all about I’ve had many drummers look at me perplexed. I gather, that they feel 3, 5, 7, etc (exempting multiples of 2) is just as open. Add a little displacement (syncopation) and you get fire. Swing is probably the defining characteristic of jazz. Mixing up the accents in your triplets, moving them around, as Bradford points out.

Michael Vlatkovich simply puts it that swing comes from 3 against 2.

Philosophical concepts like Free Jazz of the Sixties has always been implied in the music, especially since the mondernist Bebop Era, so it was an eventuality that was waiting to be gotten into.

Today on the Thursday Splang-a-Lang Jazz Radio Show we’ll have master drummer Cal Haines in the studio with us bringing along his snare and will give us some insight into the mystery of rhythm. He’ll bring along his saxophonist Sam Reid (Masters program, UNM Class of 2o15, under the guidance of maestro Glenn Kostur) and they’ll play alto saxophone + snare duets. 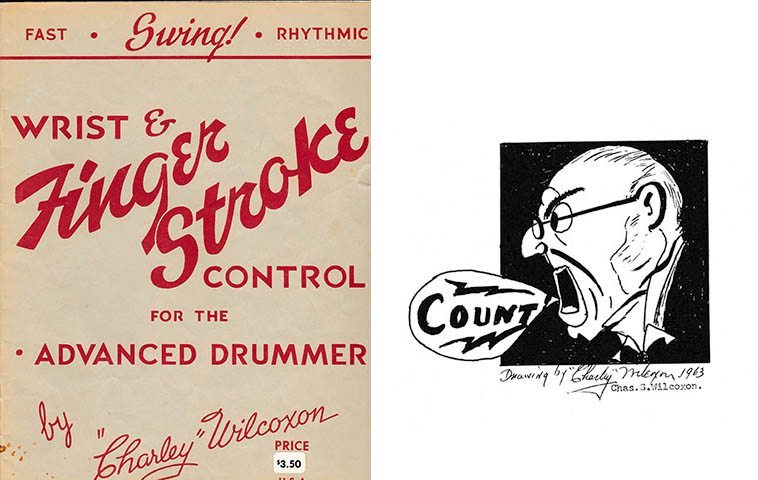 Charley Wilcoxon kept a studio in the Euclid Arcade in Cleveland — the very same Euclid Arcade that Jim Lowell’s legendary Asphodel Bookshop was located those same years, where poets d.a. levy, Kent Taylor, d.r. wagner, Tom Kryss, Steve Ferguson, and (possibly) Joyce Shipley (I think she told me this) hung out — Cal, as a youngster took the bus from his hometown Canton, Ohio, for the 2-hour ride up to Cleveland every Saturday for his lesson — Charley Wilcoxon (1894-1978) was also the drum teacher to Joe Morello — I asked Cal what was the essence of Wilcoxon’s pedagogy. Cal said: “His essence was to develop the best technique by coordinating the control of the forearm, wrist, and finger. His method book WRIST & FINGER STROKE was and is the Bible for developing technique. I studied out of this book and still use it. He stressed swing while playing these exercises in the book. He wrote many books using the original 26 rudiments in different combinations.” 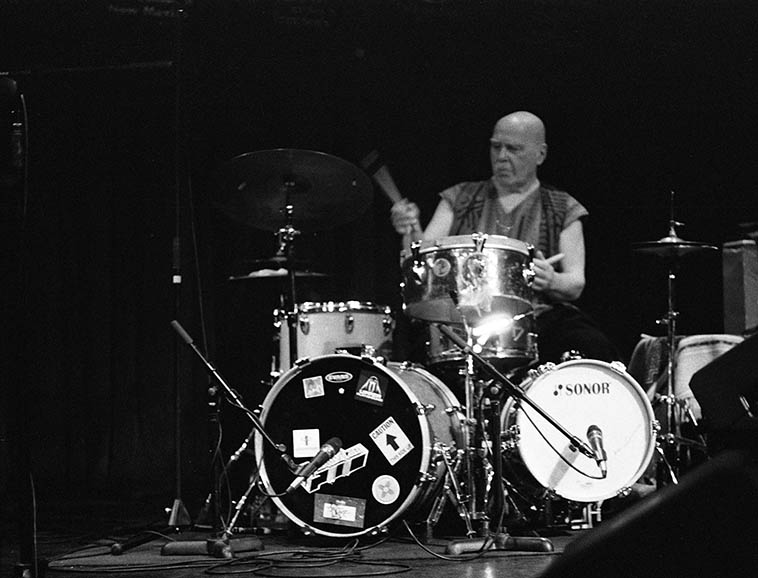 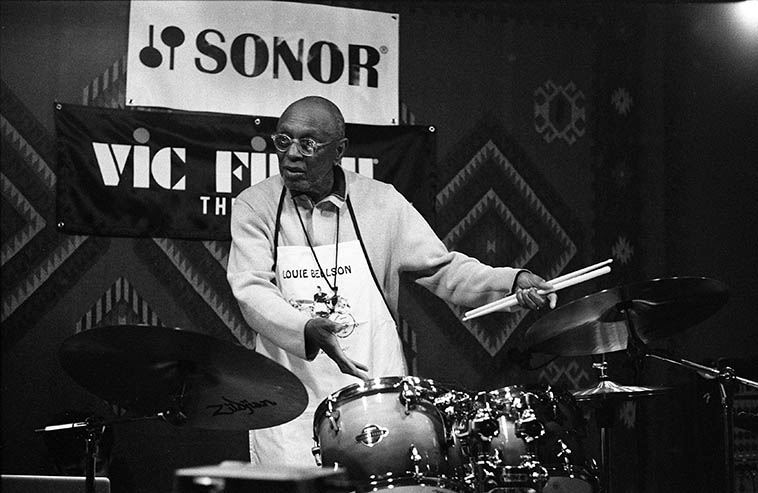 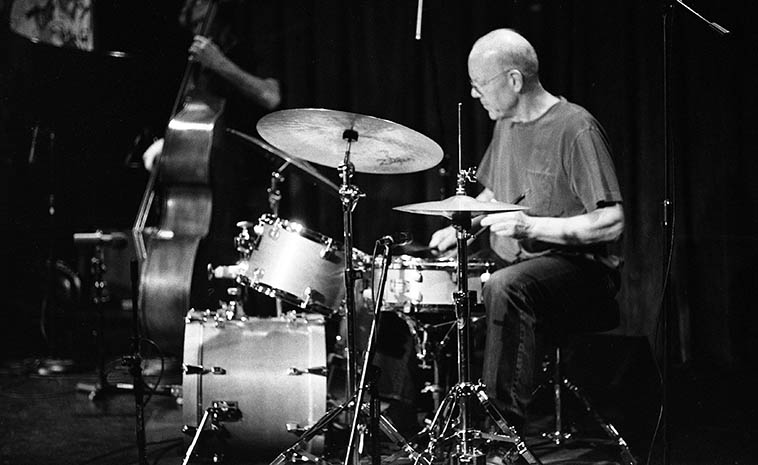 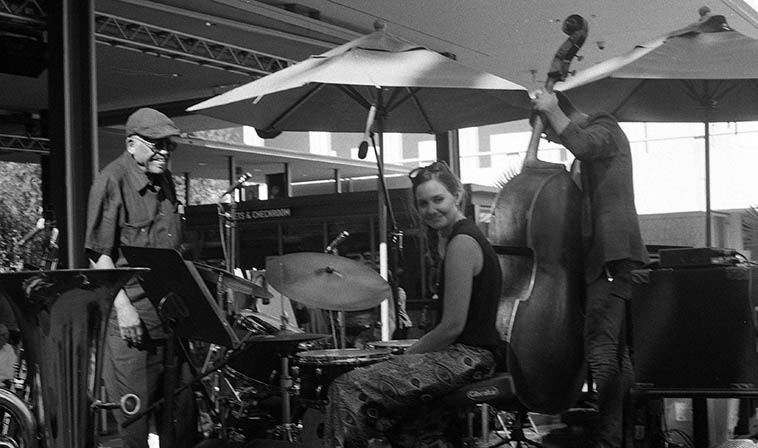 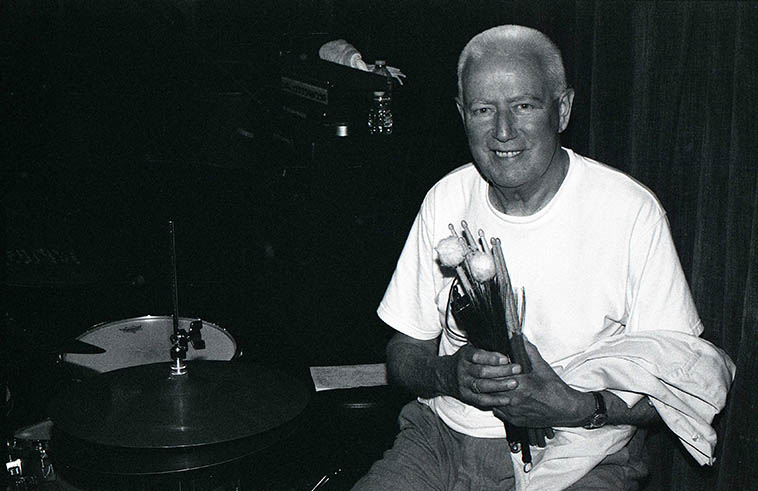 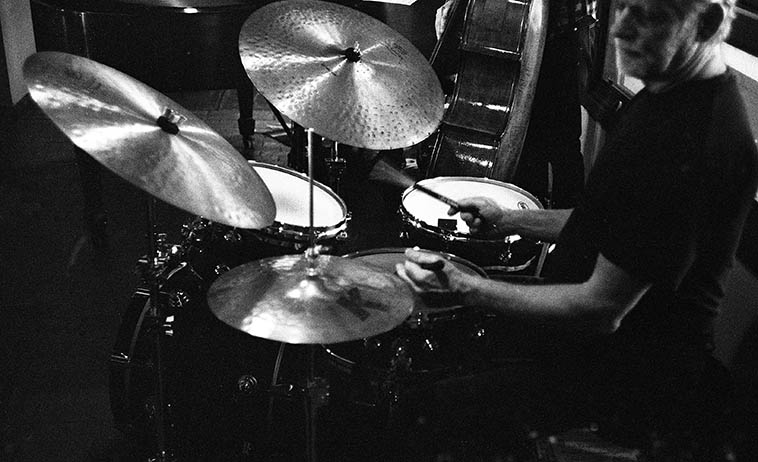 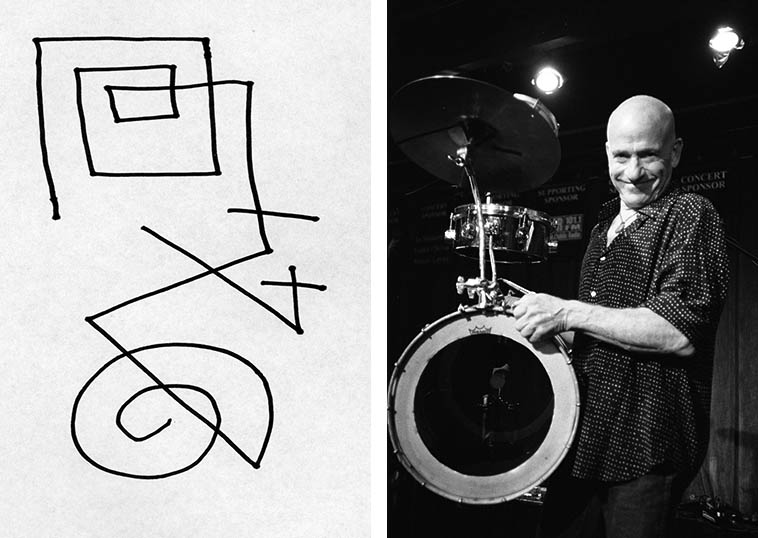 Jefferson Voorhees, one of the great drummers of New Mexico for the last 3 decades — May 16, 2o15 — photo & line drawing by Mark Weber 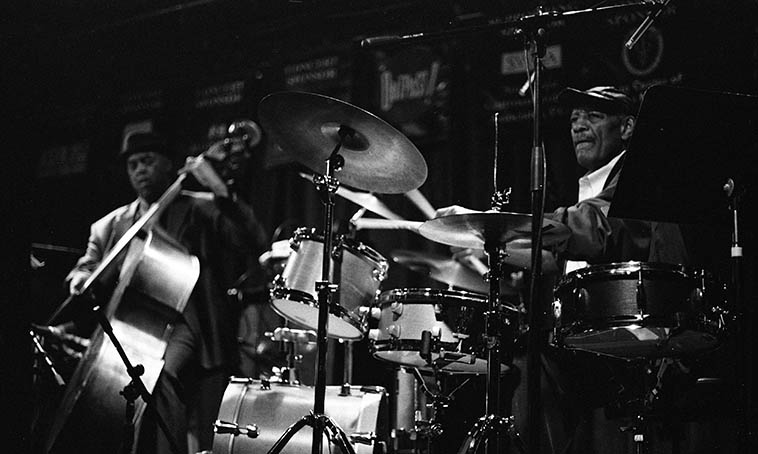 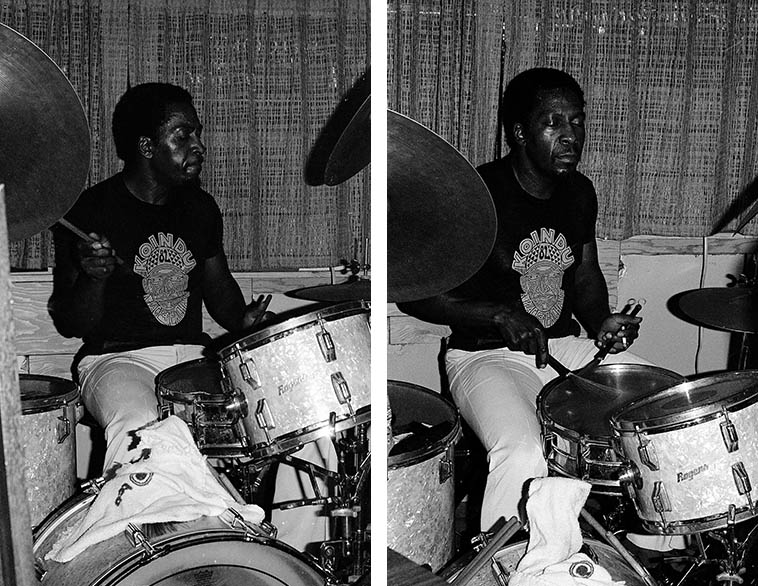 The Legendary James Black — Alice’s Keyhole Lounge, New Orleans — July 3, 1982 — photo by Mark Weber — Black was session drummer on hundreds of R&B & funk records made in New Orleans, like Eddie Bo’s “Hook and Sling” (check it on YouTube), Fats Domino, all that, all the while being a hardcore jazz cat making Ellis Marsalis first album MONKEY PUZZLE (1963) and a gang of Yusef Lateef albums including the immortal LIVE AT PEP’S, and the Nat Adderley record he made IN THE BAG (1962) so you know I had to find James Black (1940-1988) notwithstanding the cabbie who said I was nuts for going into that neighborhood 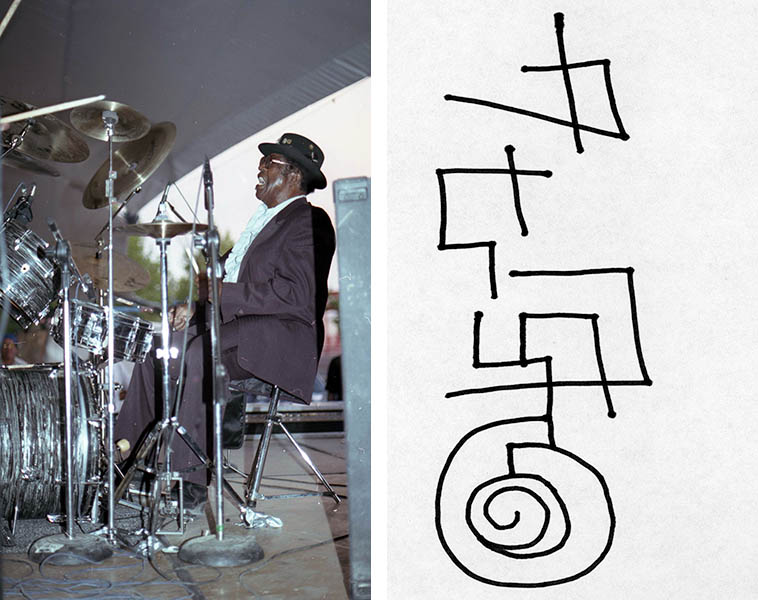 Bo Diddley takes over the drum chair for one song — He lived in Albuquerque back then -Everything he touched came out Bo Diddley —- October 18, 1992 — photo by Mark Weber 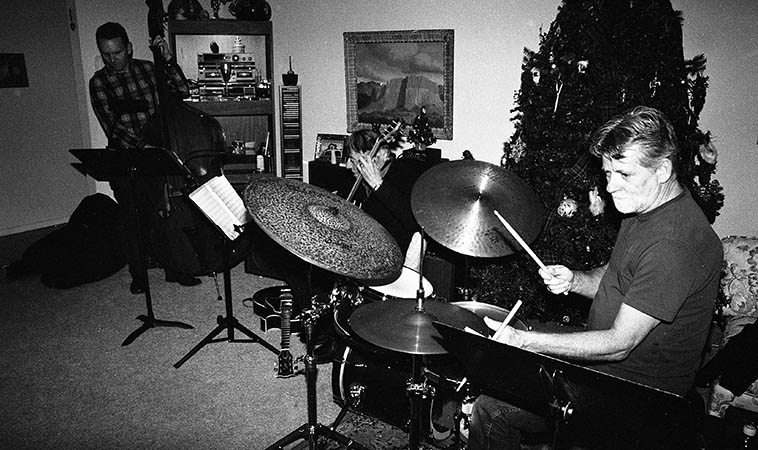 First Take Trio rehearsing with the Christmas tree in Michael & Kathie Anthony’s living room – Michael Glynn (bass) had just flown in from Seattle where he now lives (he was in Albuquerque up through 2o12 completing his masters at UNM Music) — He had just finished a Pacific Northwest tour with the Louis Hayes’ Cannonball Adderley Legacy Project — photo by Mark Weber — December 10, 2o15 — Cal Haines, drumset; Michael Anthony dusting off his old banjo 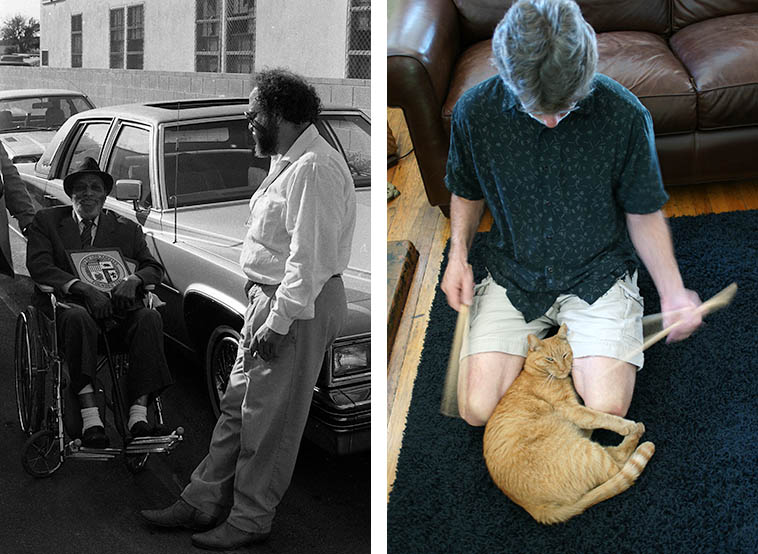 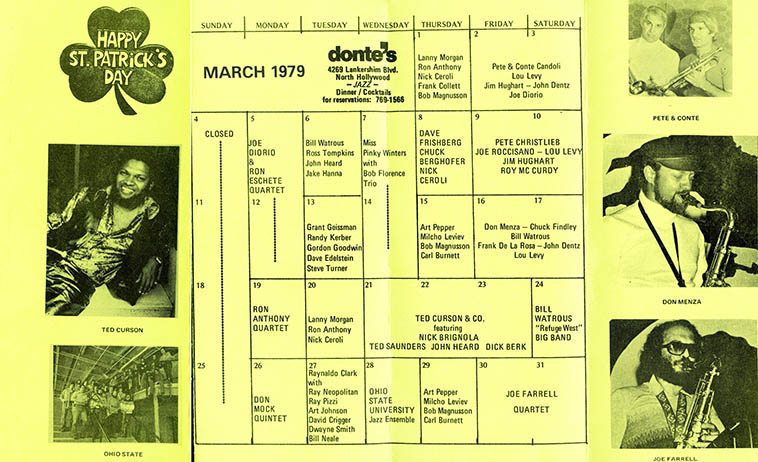 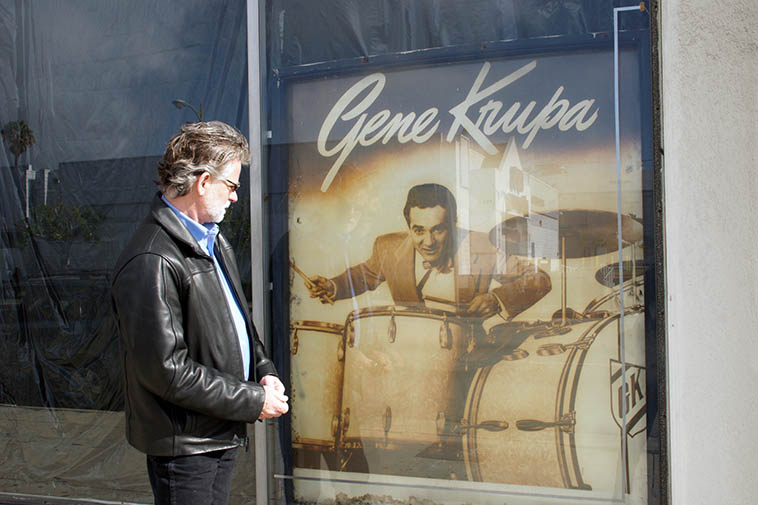