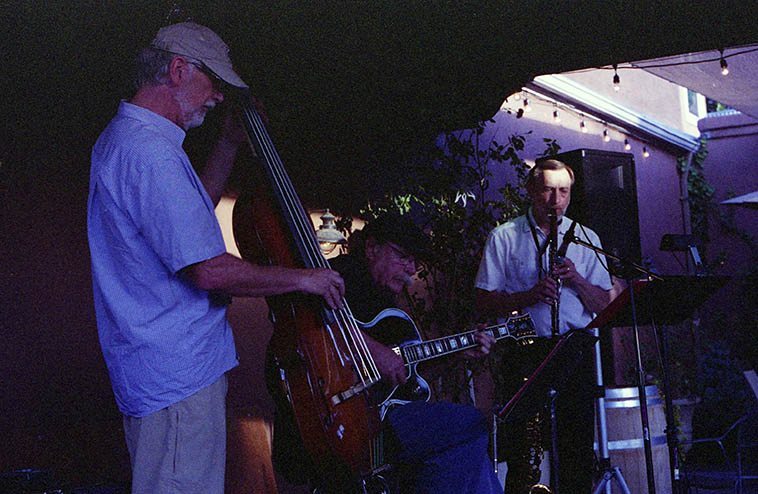 . . . there the river twists and turns then breaks apart like a forked clarinet, two melodies in counterpoint, one that follows down into a valley the other onward to the sea — like two lost brothers whose progeny only meet again many generations later they have been changed by all the water that has flowed through them, they remember an older song their grandfathers sang, similar to that minstrel with timbrels hanging from his belt and a crow on his shoulder who played clarinet, who didn’t stay long only long enough to haunt us with the old song, so old it can have only come from far upstream flowing out of the mountains, a shadow memory . . . . 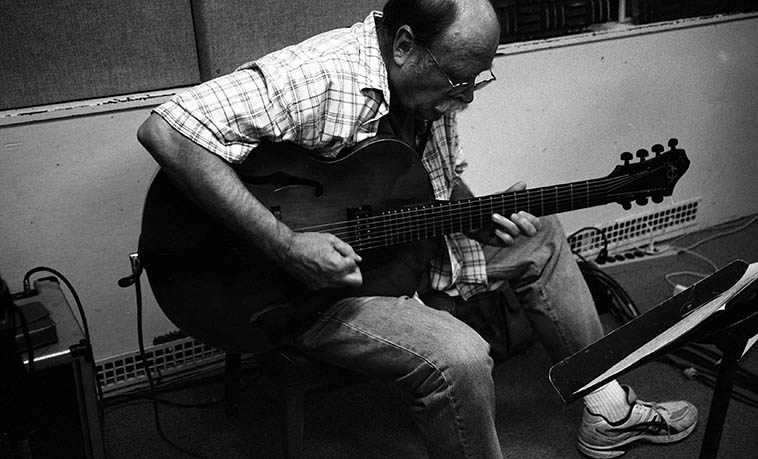 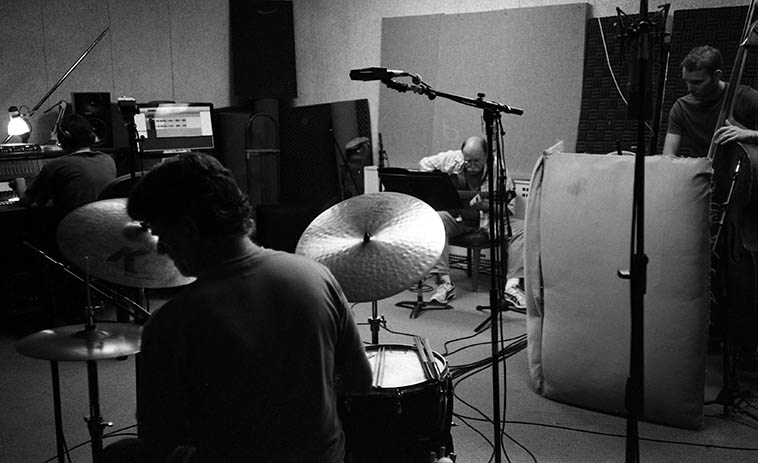 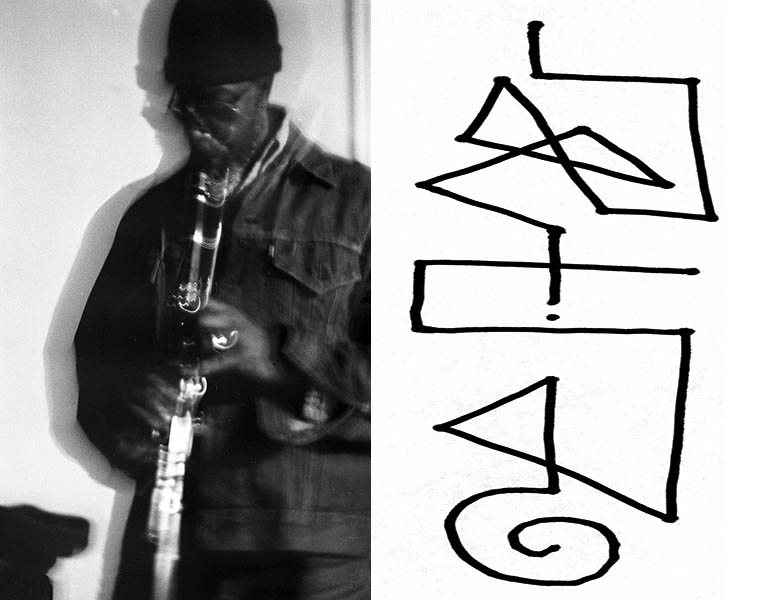 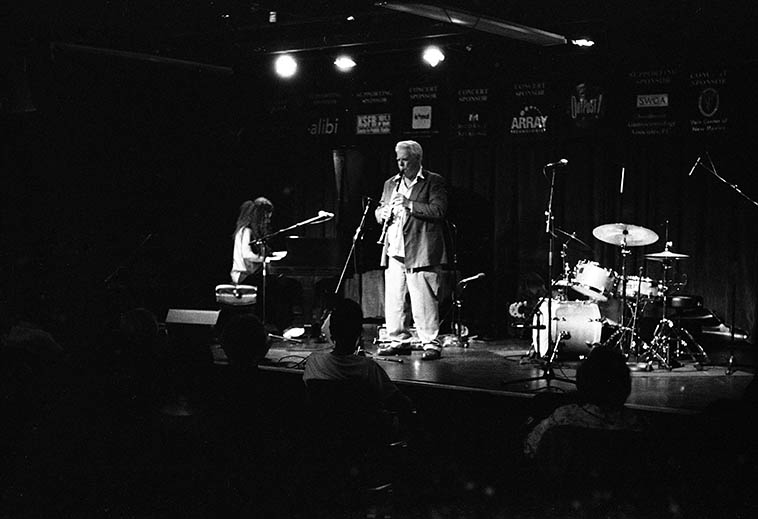 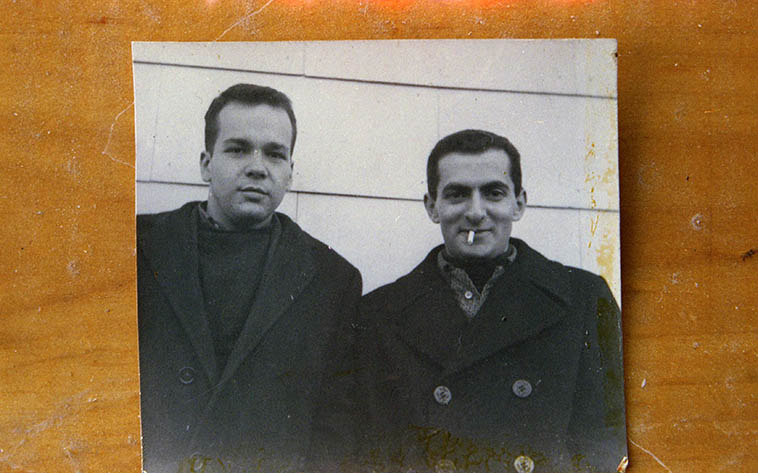 Steve Lacy and Kenny Davern in the late 50s NYC — photo from the collection of Kenny Davern, copied via re-photo by Mark Weber 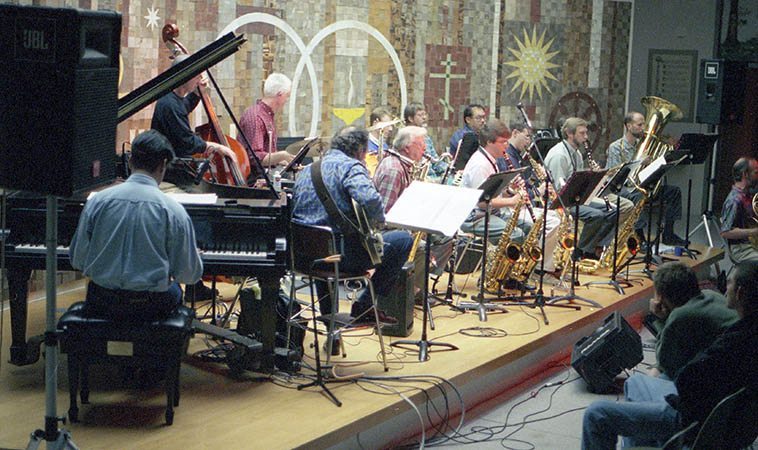 ORJO in performance — April 29, 1996 — Bob Gusch on clarinet — photo by Mark Weber — Bob will be our guest today on the Thursday jazz show — He will playing only the clarinet, the instrument he is mostly concerned with among the many he plays professionally — In our discussions on who should accompany him on this Live broadcast he says “I’d like to have Dan Dowling” — So, that’s what it will be: clarinet & guitar duets. Both of these guys are masters. 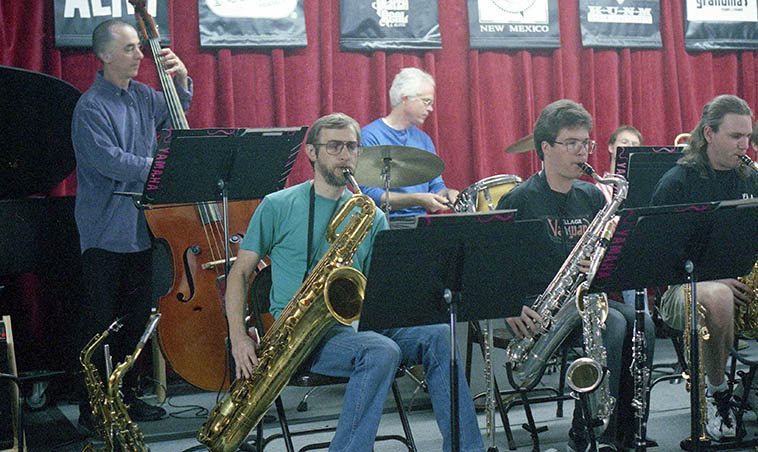 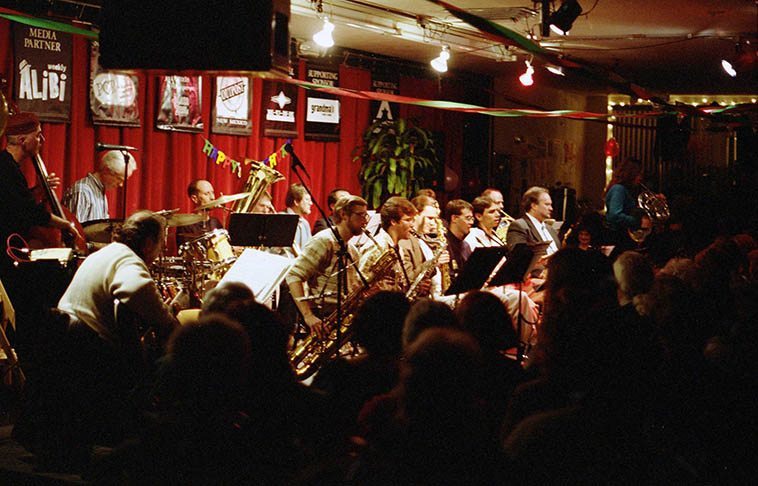 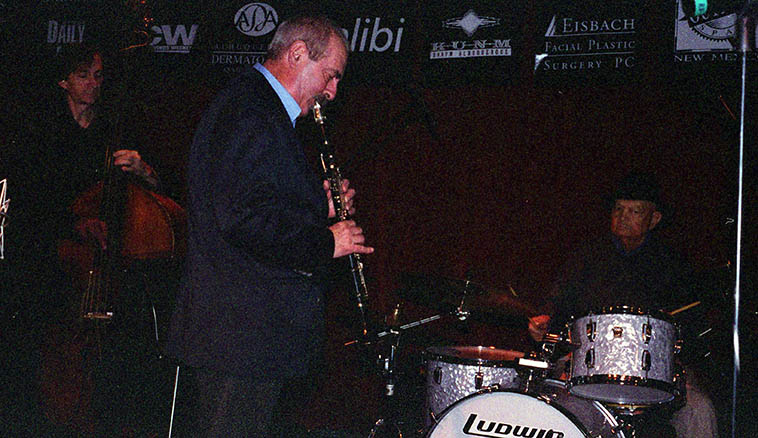 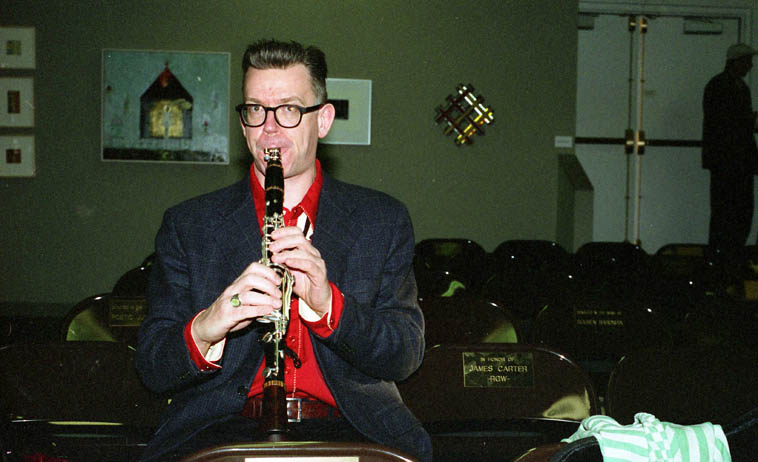 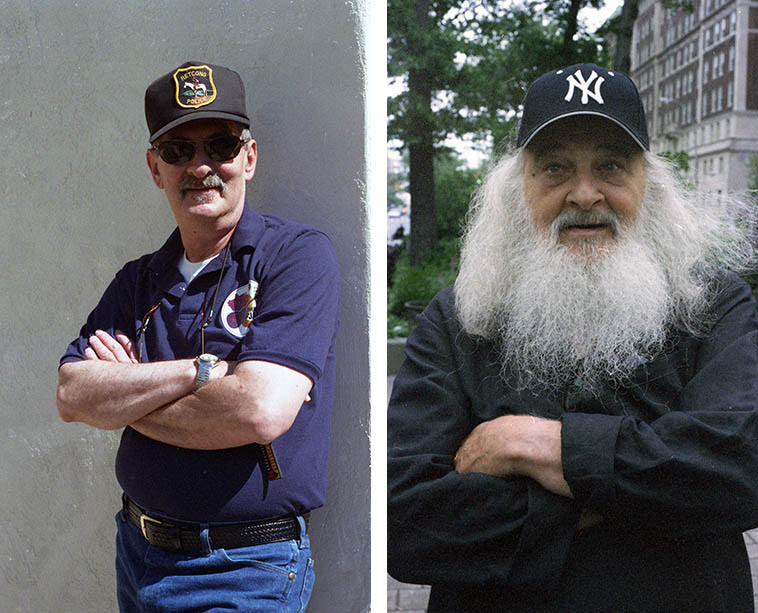 Duckbill hats must be in with clarinet players this year? Tony Scott on 113th Street & Broadway, Manhattan — July 3, 2003 (he’d just come off the Phil Schaap WKCR radio show and I was staying across the street listening to the interview and when it ended I merely took the elevator downstairs and met him and his wife on Broadway and we went for a cup of tea) —- I laughed at Kenny Davern when he showed up in that police cap, we were going out shooting at the Albuquerque police gun range and I said to KD is that protective coloring? September 16, 2003 — photos by Mark Weber