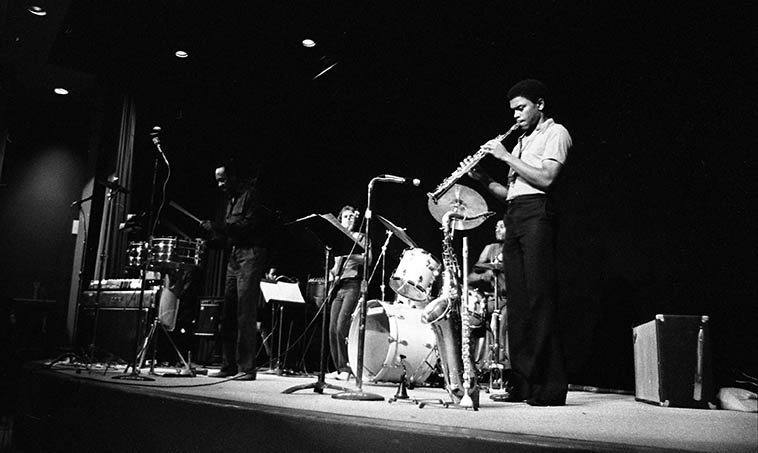 Albert Tootie Heath & sextet — September 27, 1981 — photo by Mark Weber —- Tootie will be Live in-studio guest this day on the Thursday jazz show, as well, drummer John Trentacosta, both down from Santa Fe for their gig at the Outpost Performance Space this night

I used to ask the somewhat dumb question: What are you thinking while soloing? Which, at the very least, served as an opening into this subject (I don’t ask that one anymore) —- Art is an artifact of our prelinguistic past — before the auspicious mutation occurred that allowed humankind to adapt their larynx to more articulate speech, and for speech to become symbolic speech aka language —- Before all that we humans communicated via a variety of intuition and art.

Nowadays there are a multiplicity of ways you can find your music. But only on a one-of-a-kind radio show broadcast in the old-fashioned way (“terrestrial radio” it is now known as, as opposed to webstreams and whatever else is out there) can you hear a live in-person maestro of the drums. Today Albert Tootie Heath will be visiting with us! 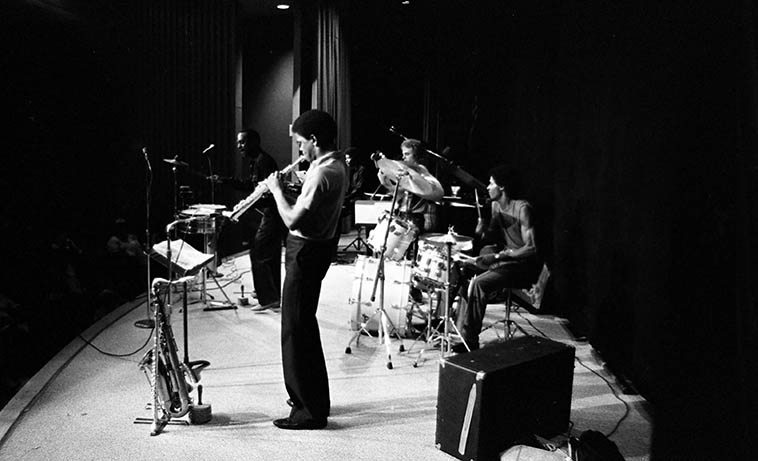 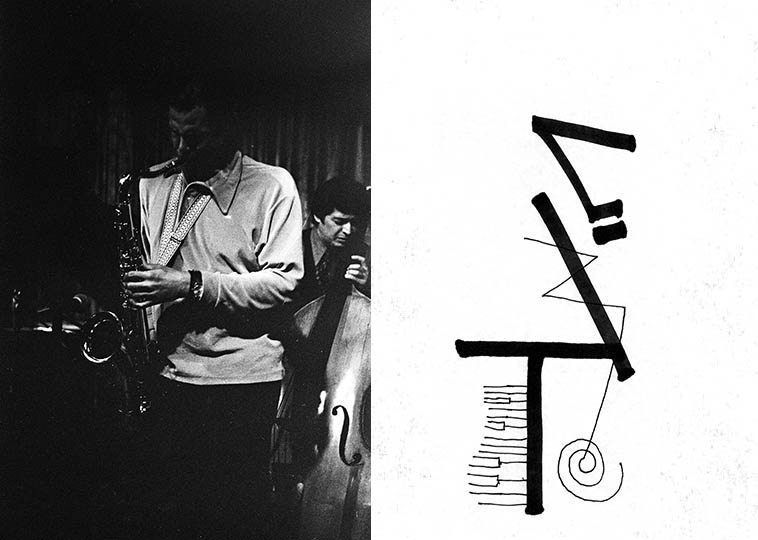 We’ll be asking Tootie all about Dexter on the show, of whom he worked with voluminously — this is Dexter visiting back home in L.A. December 23, 1976 w/ Frank DeLaRosa on bass at The Lighthouse, Hermosa Beach — photo by Mark Weber —– and in terms of just saxophonists Tootie has worked with we could ask him about Ben Webster, Yusef Lateef, Sonny Rollins, Cecil Payne, Clifford Jordan, Anthony Braxton, Harold Land, Johnny Griffin, Benny Golson, Eddie Harris, Roscoe Mitchell, Teddy Edwards, John Coltrane, Frank Morgan, Lee Konitz, Eddie Lockjaw Davis, on & on & on, or, as long as we’ve been on a Sweden kick lately we could ask him about Monica Zetterlund . . . . 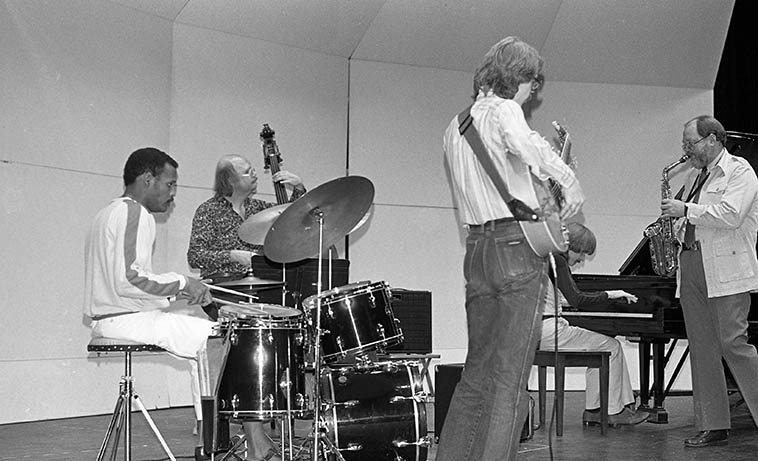 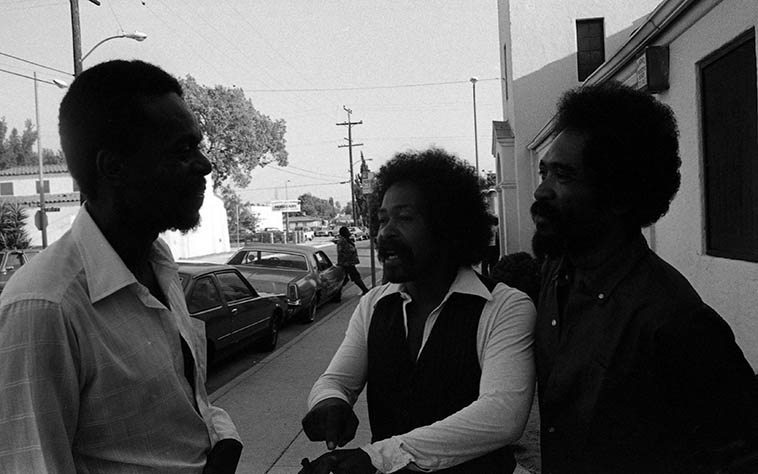 Left to right: Horace Tapscott, Moises Obligacion, Lester Robertson outside Immanuel United Church of Christ, 85th & Holmes, Los Angeles, for their regular last-Sunday-of-the-month concert — June 28, 1981 — photo by Mark Weber — Lester was one of Horace’s closest friends, and the trombonist on some of Gerald Wilson Orchestra’s great recordings, as well as with Dizzy Gillespie, among others, was the trombonist in Eric Dolphy’s last quintet before he moved to NYC — Moises played conga in the Pan Afrikan People’s Arkestra 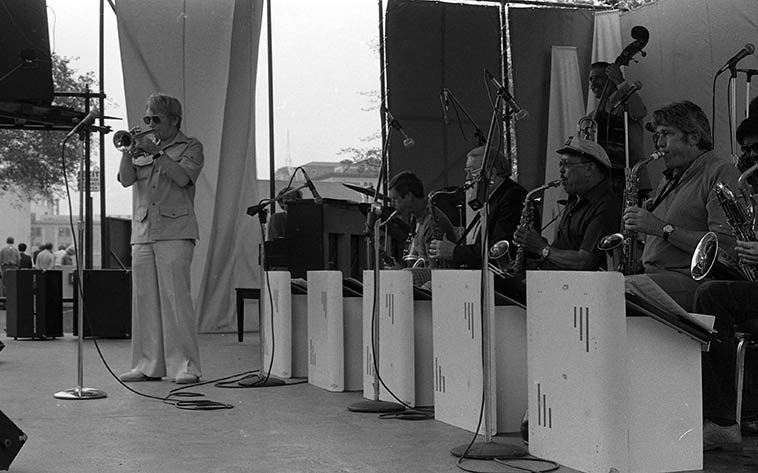 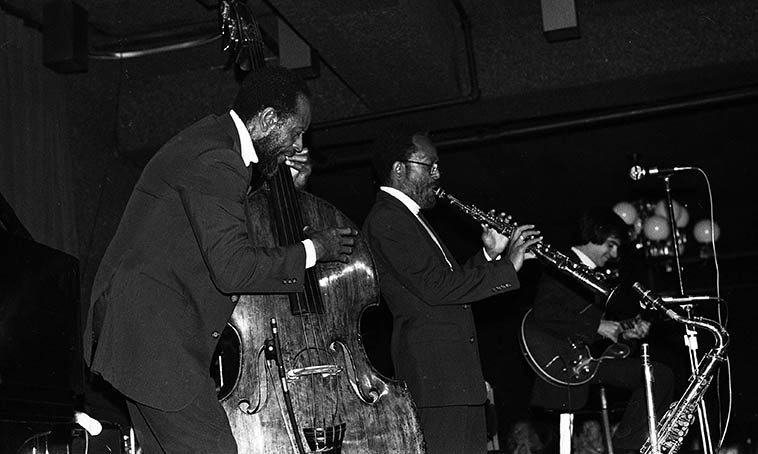 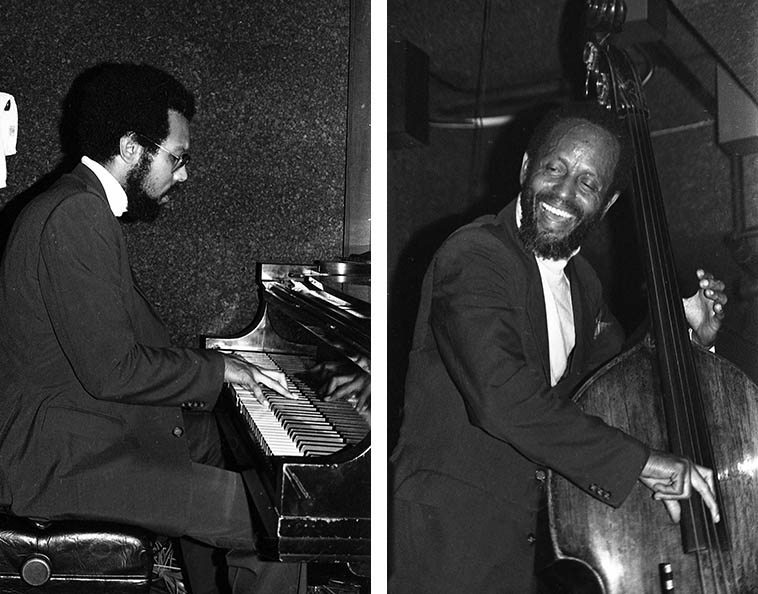 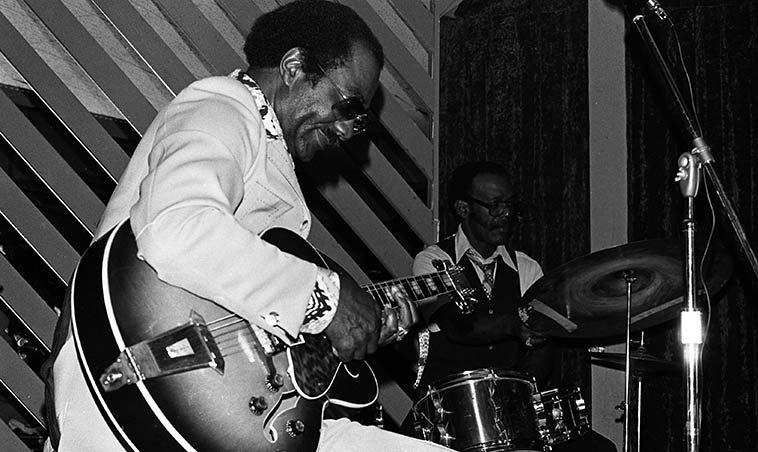 H. Ray Crawford (aka Ray Crawford who played guitar on OUT OF THE COOL) — either March 30 or April 6, 1980 (Ray had a regular gig there at this lounge: Widow Brumms, Claremont, California, just off the 10 Frwy on Indian Hill Blvd) that’s Dumas on drums — photo by Mark Weber 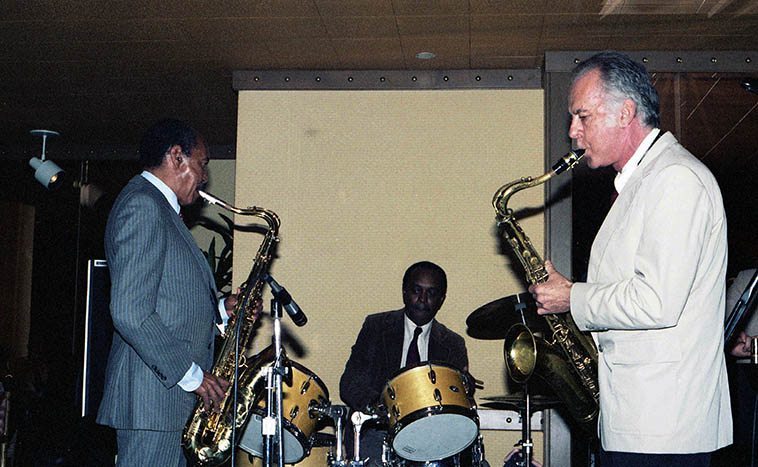 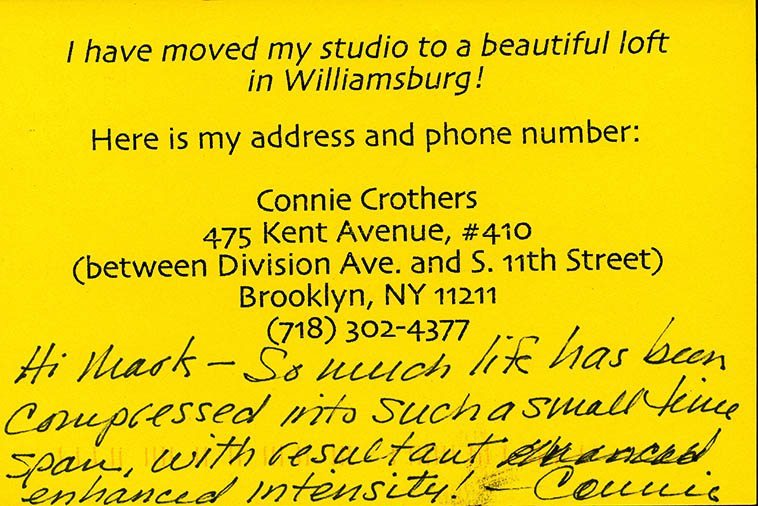 Postcard from Connie — postdated March 11, 2002 —- her memorial Love & Music: A Celebration of Connie Crothers will be Sunday 4pm November 13, 2o16 at Roulette in Brooklyn, I will see you there, I wrote a poem for her that I will perform in duet with my ally & bassist Ratzo Harris — there will be over 70 performers throughout the event, all of them from the universe of Connie Crothers