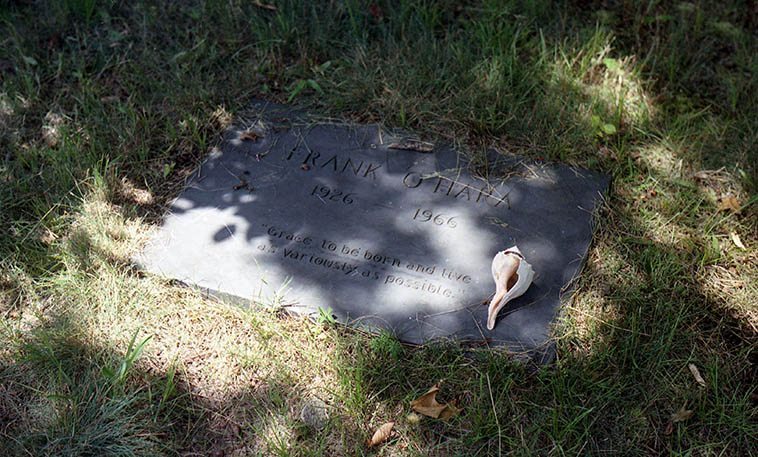 One of America’s great poets — Green River Cemetery, East Hampton, Long Island NY — July 5, 1997 — photo by Mark Weber — His immediacy and spontaneous everydayness and even his off-handed jottings were popping with reality — Frank O’Hara’s LUNCH POEMS were a big influence on all of us bohos that followed after him

We are said to have come
from sorrow leaving behind slaughter
something came up river devastation
burned everything down trampled
it is a memory that is confused
when I grew a little older and we
lived further into the forest I was told
his name was Alexander —-
“Alexander the Great” a curious name
for a destroyer but then psychopaths
have their own opinions, I understand
his tomb is in Alexandria, a pretty
city on the coast of the World Sea —
I will visit that tomb some day not
sure what
I would say or do, the Christians mark
the sign of the cross maybe I’ll do
that head and heart
he did not comport himself well
in this life, maybe in the next
he will do better
leaving no sorrow —-
the dream of uniting the entire world
could have only came from
the mind of man 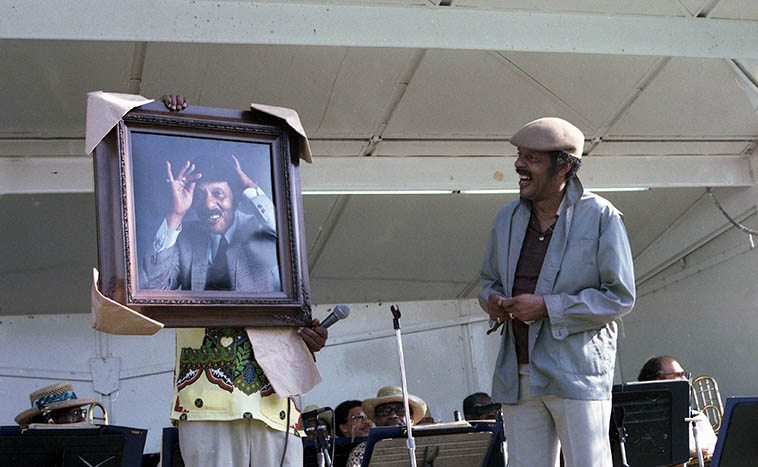 Ernie Andrews being awarded a portrait of himself at Watts Towers Jazz Festival — July 16, 1983 — photo by Mark Weber ——- We’re going to get Ernie on the telephone very soon on the Thursday jazz show, it’s been a year or two since he last visited us on-air, what a great jazz singer 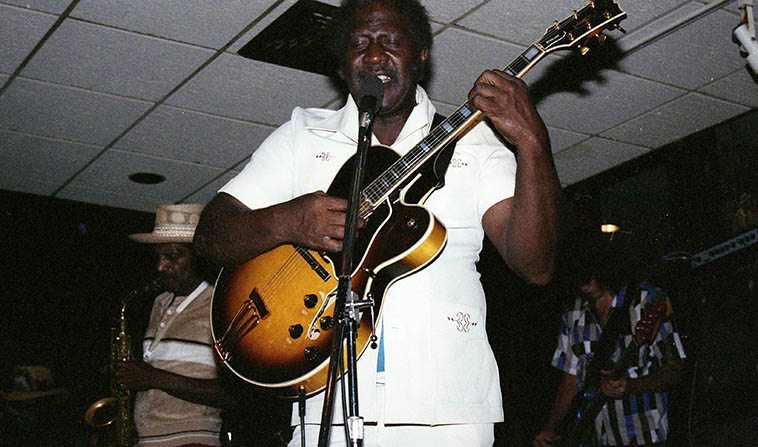 Somebody Loan Me A Dime! was his big hit (1967) and his name is Fenton Robinson, Chicago bluesman (raised in Mississippi) at a roadhouse in Ohio halfway between Cleveland and Akron on Interstate 77 at a joint called Barney Googles, where it crosses I-80 — Photo by Mark Weber — June 4, 1987 — Fenton Robinson (1935-1997) a blue-blazing bluesman on a summer night 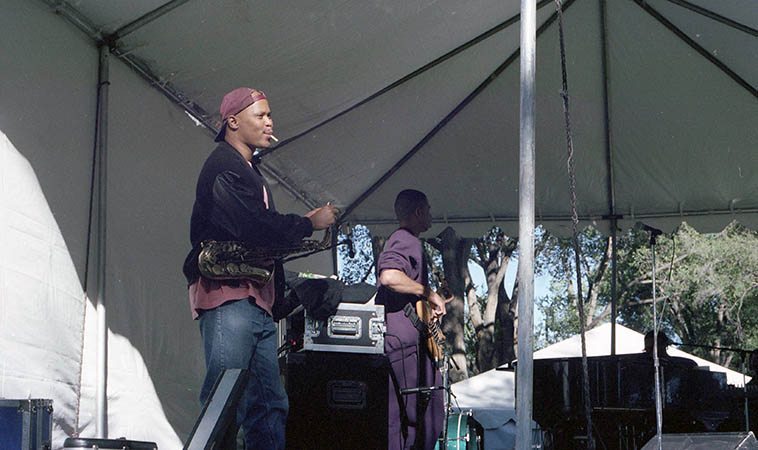 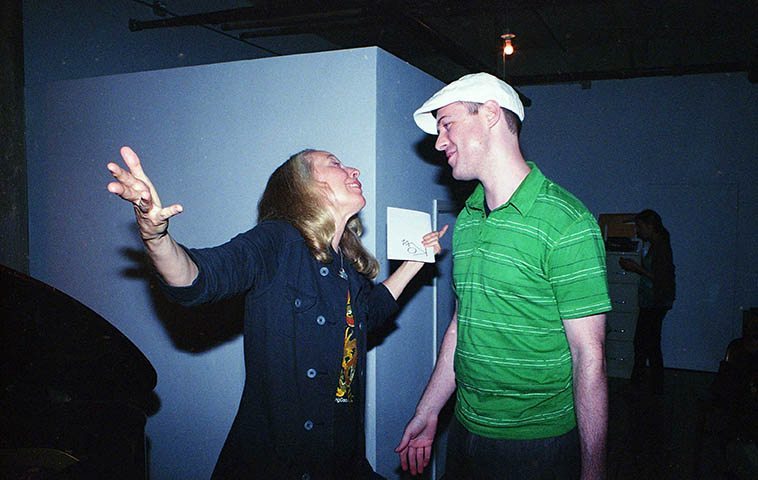 What do a pianist and an alto saxophonist talk about? Kazzrie Jaxen and Jeff Pearring — September 10, 2o13 Brooklyn — photo by Mark Weber 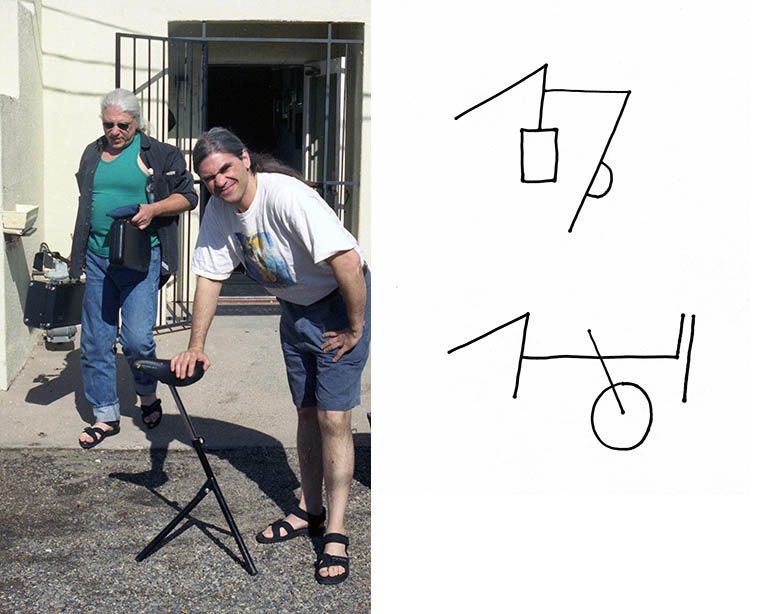 Ken Filiano with his bass stool (of his own design, I believe?) while Vinny Golia loads out —
Outpost Performance Space (old location) — the gig was May 24, 1997 and this is the morning after — photo by Mark Weber 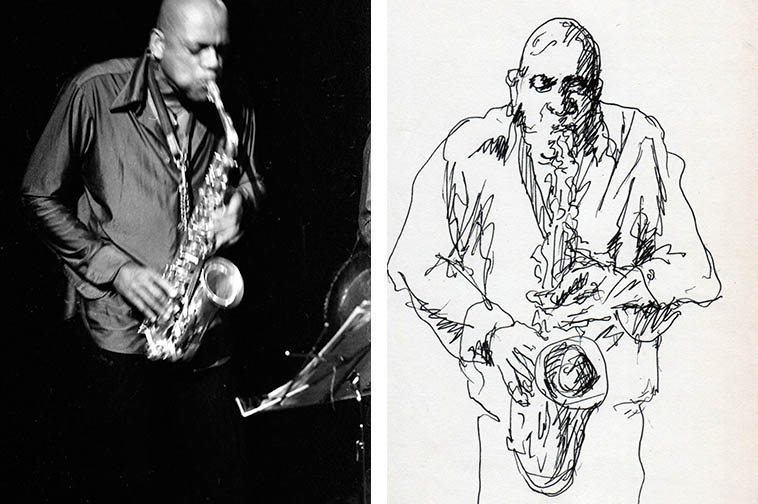 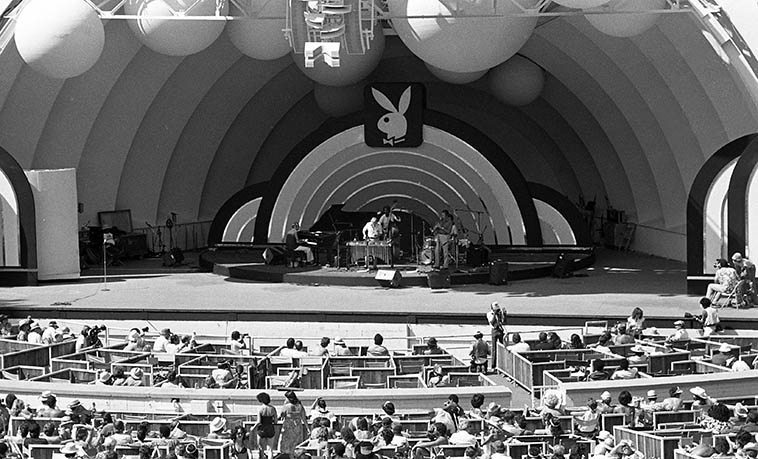 The show for February 16th will be devoted to the music of Terry Gibbs, which is on-going, “I’m the oldest living original bebopper!” (age 92) he told me the other day on the telephone — On this show we’ll speak with Maestro Gibbs Live over the phone lines from his home in Sherman Oaks, California — touching on his times with Charlie Parker, Dizzy, Duke Jordan (not pleasant), Tiny Kahn, Woody Herman, Stan Kenton, Buddy Rich, Steve Allen, Tommy Dorsey, Benny Goodman, Robert DeNiro, New York in the 52nd Street heydays, Hollywood of the 1960s, even Bobby Shew ———– Photo by Mark Weber at Playboy Jazz Festival — June 20, 1981: The Terry Gibbs – Buddy DeFranco Quintet w/ Toss Tompkins (piano), Scott Morris (bass), Marshall Hawkins (bass) 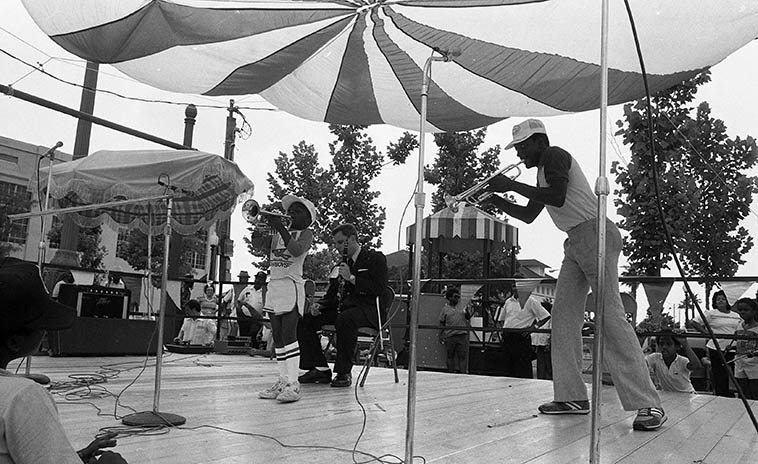 The Beasley Brothers: Little Dad (cornet) & Charles Beasley (trumpet) — July 4, 1982 New Orleans — photo by Mark Weber (clarinetest Jeffry Deakins was waiting for his guest spot with Dejan’s Olympian Brass Band — he’s blind) ——— My notes say they were calling themselves the Beasley Brothers but could this be Kenyatta Beasley, who has since gone on to an accomplished professional life as a musician, and his father Charles Edward Beasley? 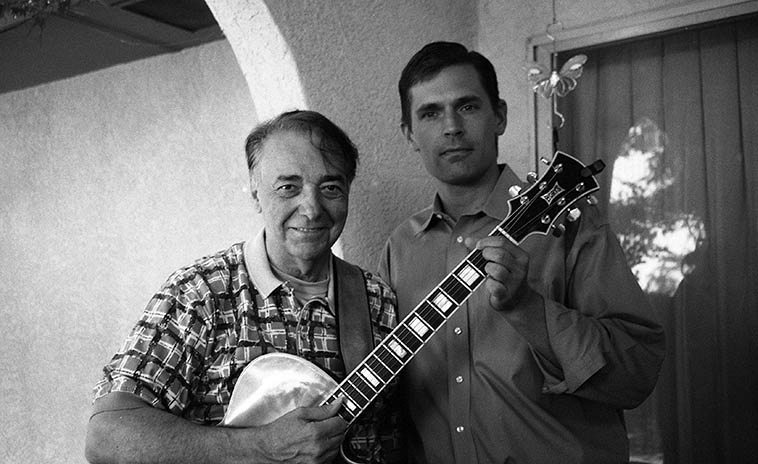 Michael Anthony and Senator Martin Heinrich (he was Congressman at time of this photo) — August 21, 2o10 — My wife & her friend Peg had organized a campaign fundraiser for Martin and held it at Peg’s house in Albuquerque and they hired Michael to play guitar (Martin played us a song, too) — photo by Mark Weber ——– Michael will celebrate his birthday with us on-air February 23 and he’s bringing his guitar 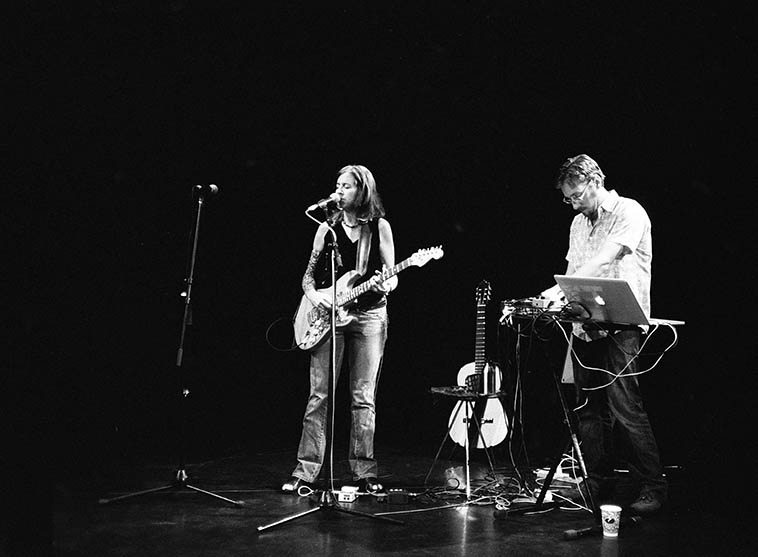 Janet Feder & Colin Bricker — If you are not aware of Janet’s work, you owe it to yourself to check it out, she’s a deep diver into the psyche — She’s a life-long Coloradoan and here they are playing for the Roost Series in Albuquerque — September 13, 2o10 — photo by Mark Weber 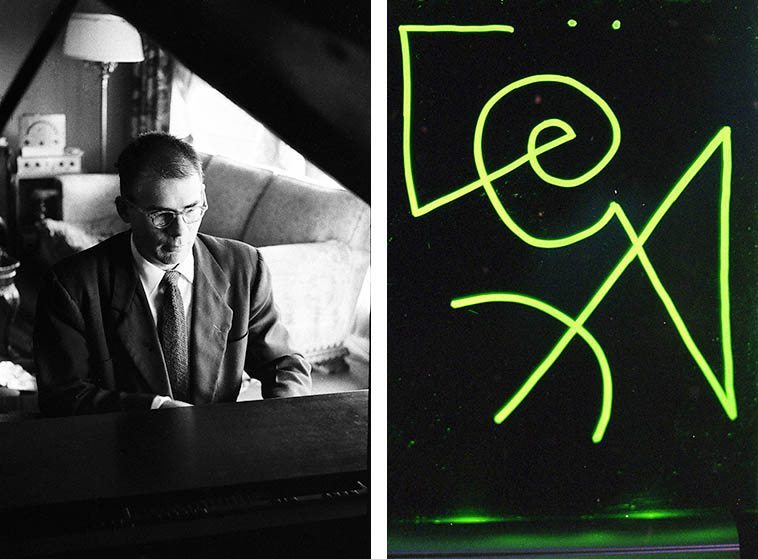 Forrest Westbrook, circa late 1950s Santa Monica, California — photo by Merle Jaque — There was a certain wildness coming through him that was inherent in jazz that was only waiting to be exercised (or exorcised), this adventurousness was always there and only 1960 could bring it about, Ornette didn’t invent out of whole cloth, his new way with jazz was already implied in the music, he was just the one who could see it clearly and took the step —- I’m not sure Forrest had heard Cecil Taylor but you can tell he was on the same wavelength —- Forrest Westbrook didn’t record very much, he’s listed on only ten sessions at Tom Lord Discography between 1958-1969 (recordings with Gil Melle, Si Zentner Big Band, and an avant trio on Revelation Records is his last sighting, in 1969) — His daughters Leslie & Yvonne are working with Jordi Pujol  at Fresh Sound Records to maybe release some more from the rare tapes archive — Today we’ll listen to recently-come-to-light recordings of Forrest with trumpeter Carmell Jones and a thing or two from his own Trio, released on Fresh Sound.