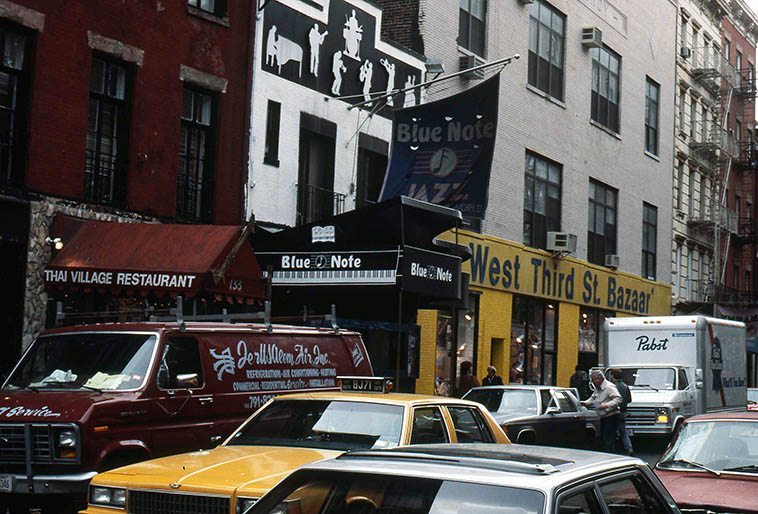 SO GOES THE WIND

but things change as change
they must, so that
when you get there
nothing is the same
so lost is lost

or could it be that,
even as it has been denied,
it has never left:
standing right before you
in the ever-present 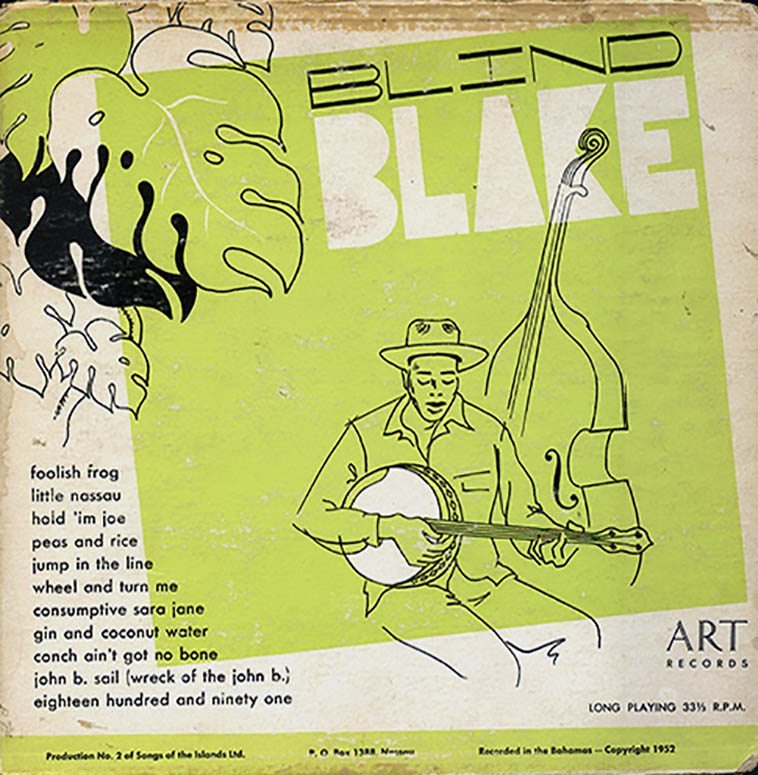 A recent acquisition to my collection — 1952 ten-inch album 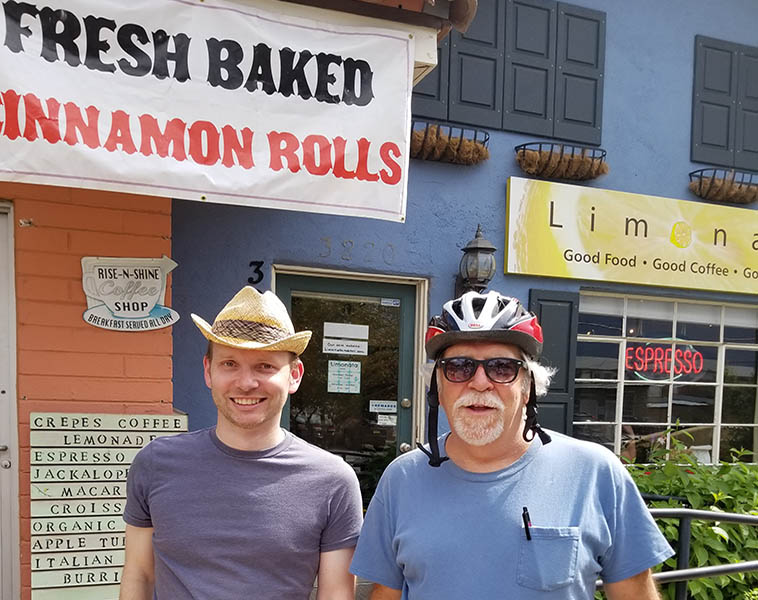 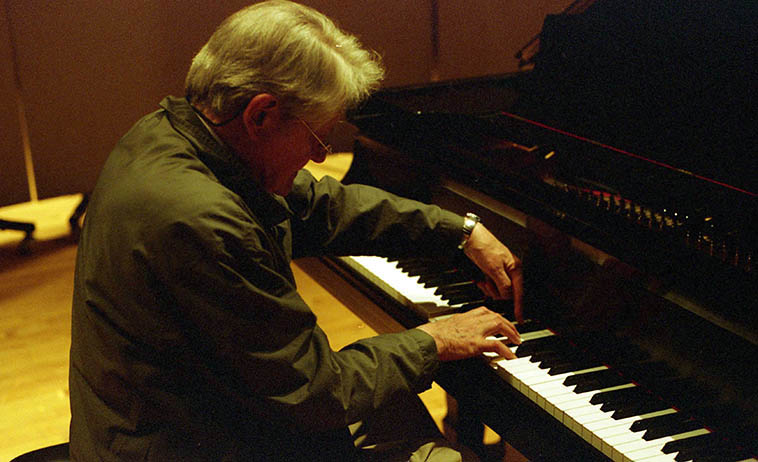 Gordon Mumma was visiting guest for the Composer’s Symposium at University of New Mexico this week and when I asked he was all for it: Recording a KUNM translator I.D. — this shot is from our afternoon session April 2, 2008 — photo by Mark Weber —- His piano compositions are so intensely concentrated and beautiful and peaceful and even though it isn’t what you would call jazz, it’s what someone with jazz ears could hear, so I’ll play a little bit today . . . . . . . . 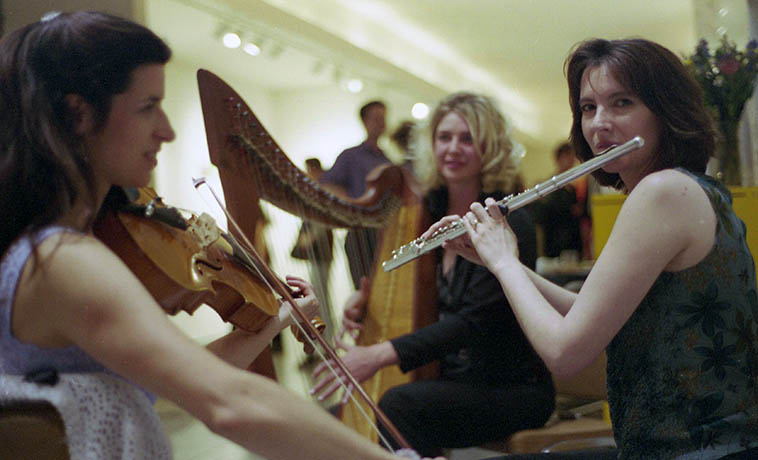 The Mark Weber Poetry Band ———- the core of my Poetry Band these years was a trio: Alicia Ultan (viola), Courtney Smith (harp), Lisa Polisar (flute) and they were a transcendent band, purely improvised music — This was a gig at an art gallery opening in Albuquerque — April 5, 2002 —- I learned something at this gig: It’s a lot of fun not to record (we used to record every performance), not that we’re overly nervous around tape recorders (we’re not), it was just that we really cut loose and did some wild things as really nobody was listening but us 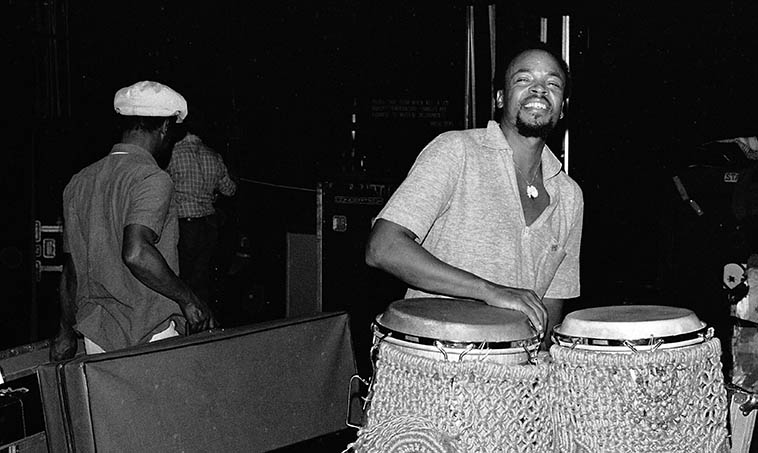 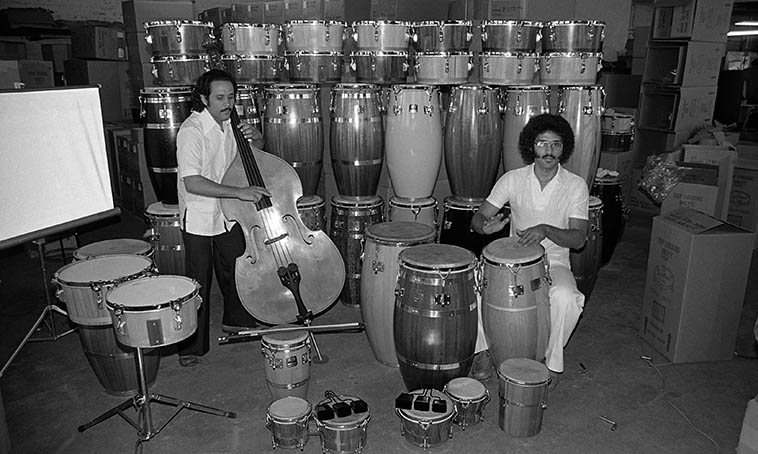 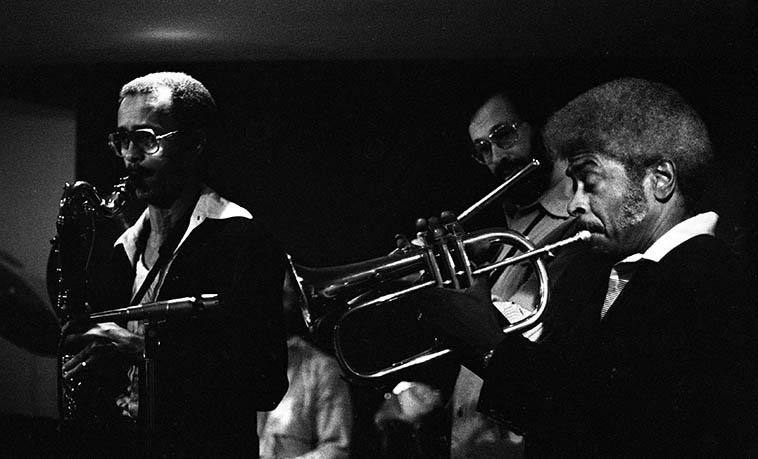 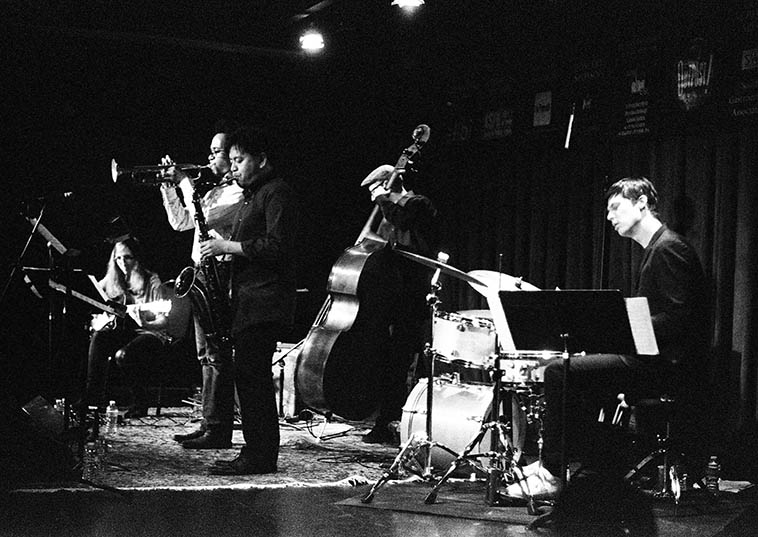 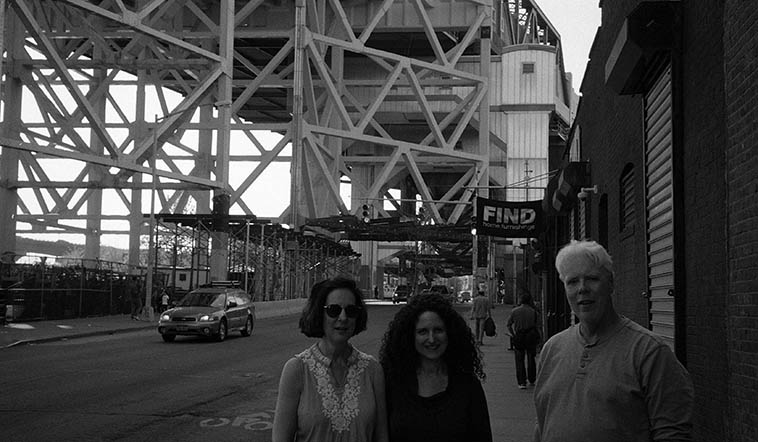 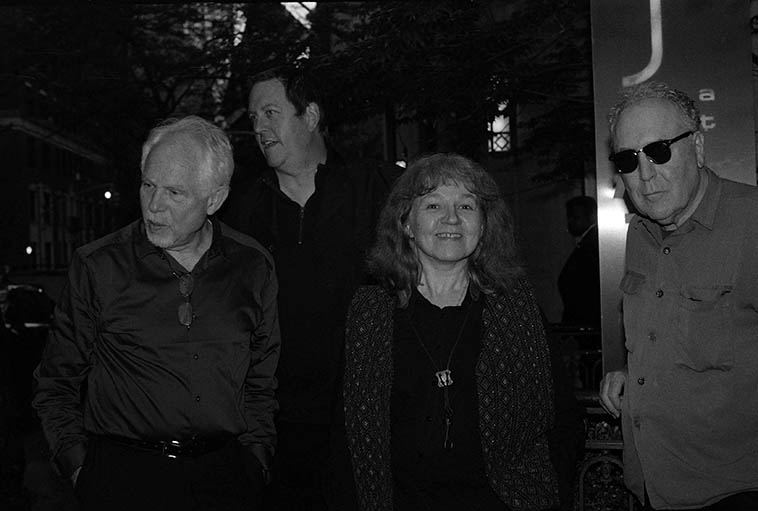 Lena Bloch Quartet outside Kitano Hotel at 66 Park Avenue, Manhattan — May 7, 2o15 — Cameron Brown (bass), Russ Lossing (piano), Lena (tenor), Billy Mintz (shades) — photo by Mark Weber — These guys were so patient as I had to reload my camera with Tri-X (film) to get these shots —- Lena was a student of Connie Crothers 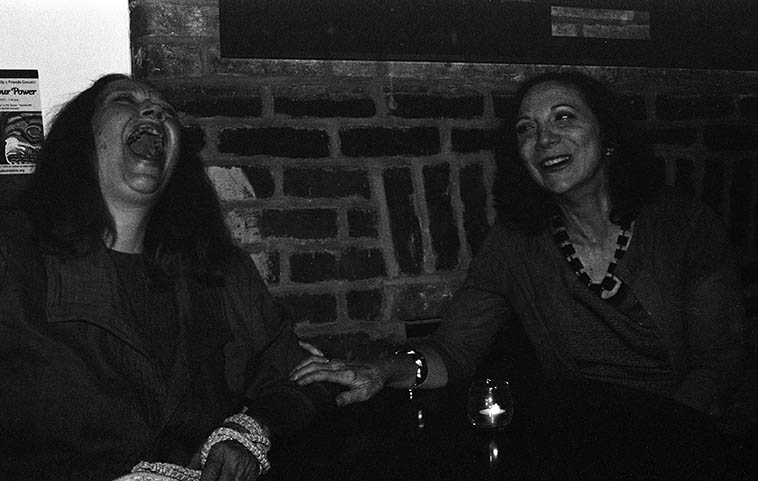 I forgot what was so funny, but Connie is enjoying herself — Connie Crothers & Andrea Wolper — May 8, 2015 Brooklyn — photo by Mark Weber ——- Andrea is bringing a group into the Outpost Performance Space on July 7 (2o17) that includes the magnificent Ken Filiano on bass —- Andrea has been a guest on the Thursday jazz show at least twice, maybe more . . . . . .  a little bird told me that John Rangel will be playing piano on the date 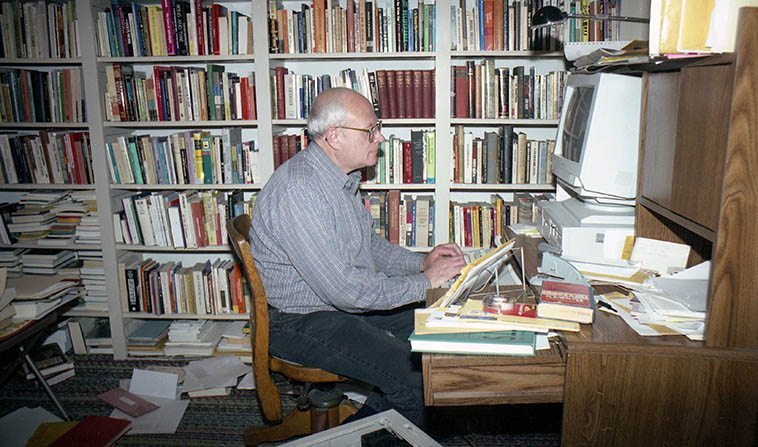 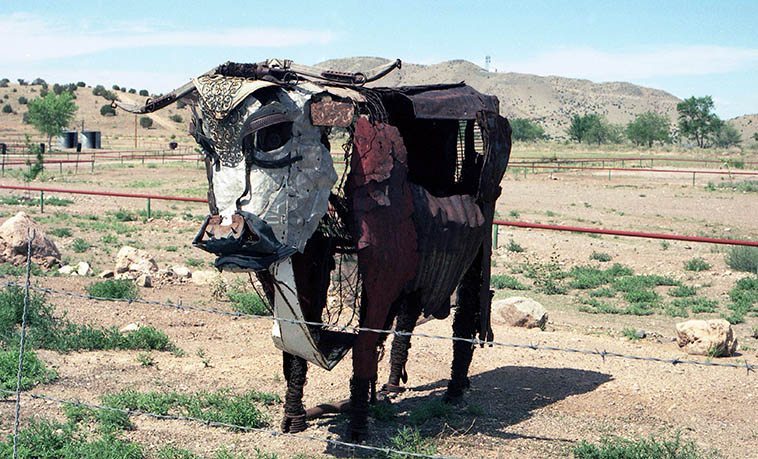