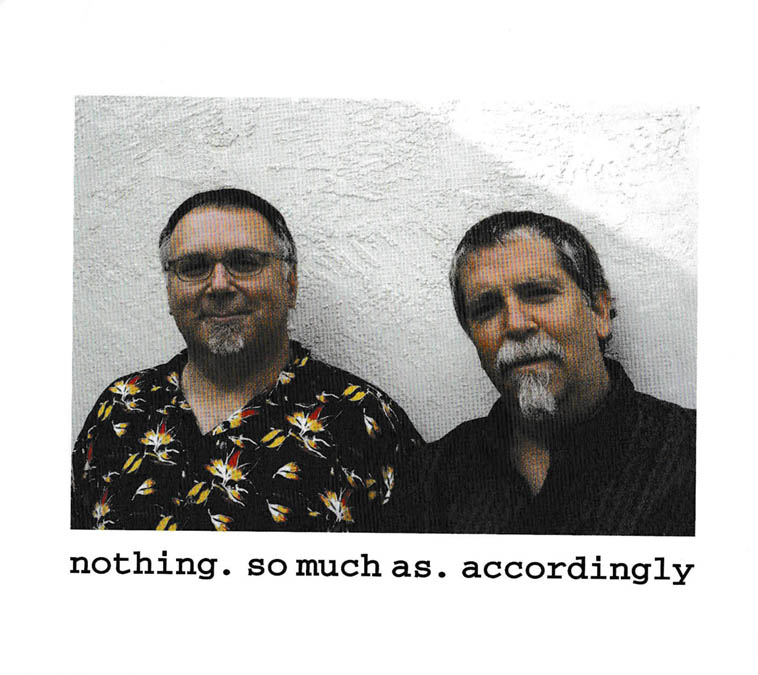 NIGHT RIDERS —- The audio manifestation of the book

I read a lot of anthropology books, that’s my thing, curious about what came before, and what came before that. I already wrote about this tendency of mine previously on the essay regarding the chapbook NIGHT RIDERS. Favorite authors like E.O. Wilson, Brian Fagan, Barry Cunliffe, Colin Renfrew, Alison Wray, Robin Dunbar, Clive Finlayson on Neanderthals; Stephanie Dalley on the Hanging Gardens of Babylon; Paul Kriwaczek on Babylon and Yiddish Civilization; Karen Armstrong’s STORY OF GOD; Jean Manco’s ANCESTRAL JOURNEYS; always Herodotus, Homer, and Hesiod; a half dozen books by Ian Tattersall (the curator of ancient man at American Museum of Natural History, NYC); Stenton’s ANGLO-SAXON ENGLAND(1943); Tom Holland’s fabulous PERSIAN FIRE; Thomas Cahill’s series on Greeks, Irish, Desert Nomads; Dee Brown’s important HEAR THAT LONESOME WHISTLE BLOW; Anna Diorio on Lennie Tristano (when are you going to publish this, Anna?!); and the monumental foundational HISTORY BEGINS AT SUMER (1956) essential by Samuel Noah Kramer; and so many others, even a book on the history of concrete! Books on Indo-Europeans, Ancient Zimbabwe, Masada, horses, Minoans, trees, linguistics, Mesopotamia, India, Rachel Carson, Vikings, turtles, the poet priestess Enheduanna, The Beverly Hillbillies (Hey, what’s this doing on that shelf? Never mind . . .), ancient Syria, Ottoman Empire, 6 books on Cleopatra, Beowulf ten times over, Phoenicians, the Genome Project, Denisovans, The Jerusalem Bible, The Dhammapada, map books, Patanjali and his yoga sutras, Sutton Hoo, Julius Ceasar’s journals, National Geographics by the yard, Comanches, Time, and I like Norma Lorre Goodrich’s take on King Arthur, Sleep, THE GOLDEN BOUGH, Dorothy Hoard’s GUIDE TO BANDELIER NATIONAL MONUMENT (!), Peter Farb’s WORD PLAY (I’ve had forever, I reread often, he died much too young, victim of cancer), ANCIENT MEXICO by Frederick Peterson; and this study my anthropologist friend Rosalind Hunter-Anderson pointed me to by Leslie A. White THE SCIENCE OF CULTURE(1949), on & on & on, and so many many more. I get real excited talking about these books, so, don’t get me started.

All this is to say that these histories of our planet and humanity are what filters through into these poems I call NIGHT RIDERS.

Others that helped with production in great big ways were Cal Haines, John Breckow, Ellington Peet, and Janet Simon. And as always, thanks to Cal and Klaus for laying out this page, grooming the photos, sequencing, editing, and brainstorming, and for their expertise, always always. We released the CD in October 2019 in an edition of 500 copies.

I instantly knew, as if
I had been here before
Ever since crossing that river
Everything seems familiar —-
Who was that shadow who
Came to our fire
And taught us about numbers?
He said mysteriously that counting
Will someday be useful to us
He spoke of this distant place called
The future where legends will
be born
That
we live now on the other side
of mythology —-
The borderlands —- He also said
We shouldn’t go much further

Listen to Track 7 from the CD Night Riders 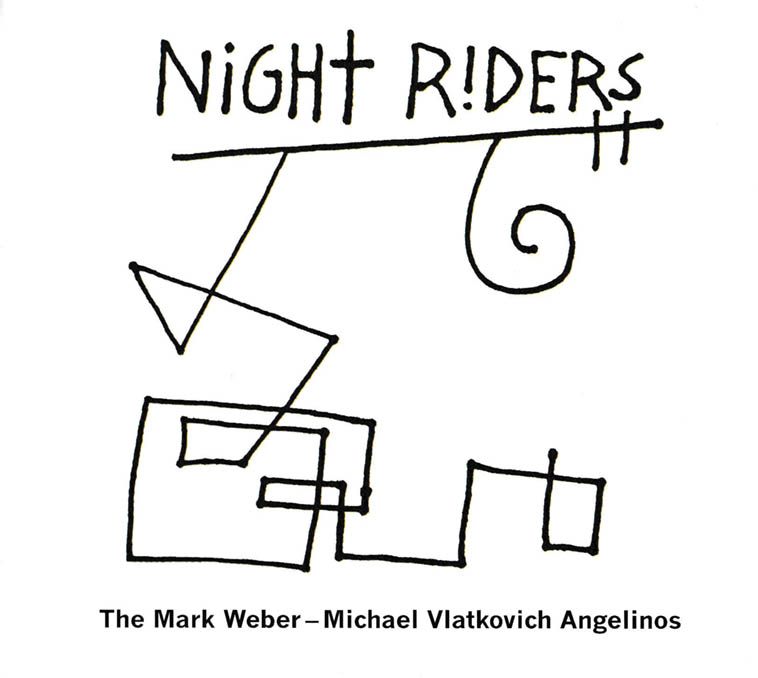 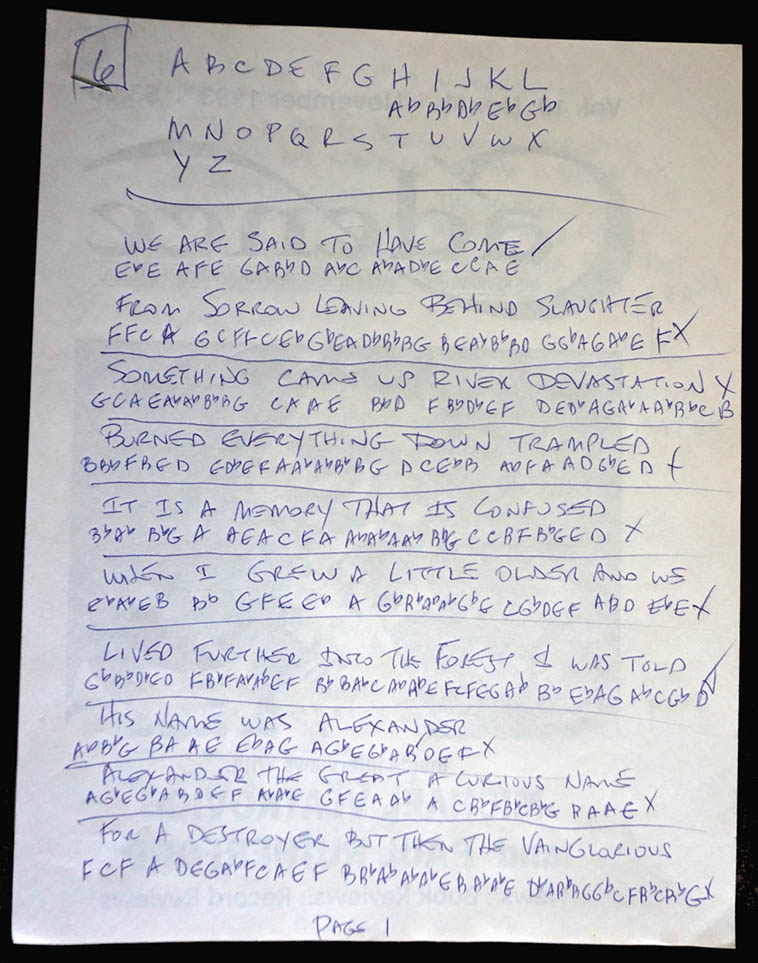 Michael’s method: First he takes the poem, word by word, and gives each letter a note value according to where the letter is in the alphabet (see top of this page for equivalences) —- This is Poem 6 in the NIGHT RIDERS book 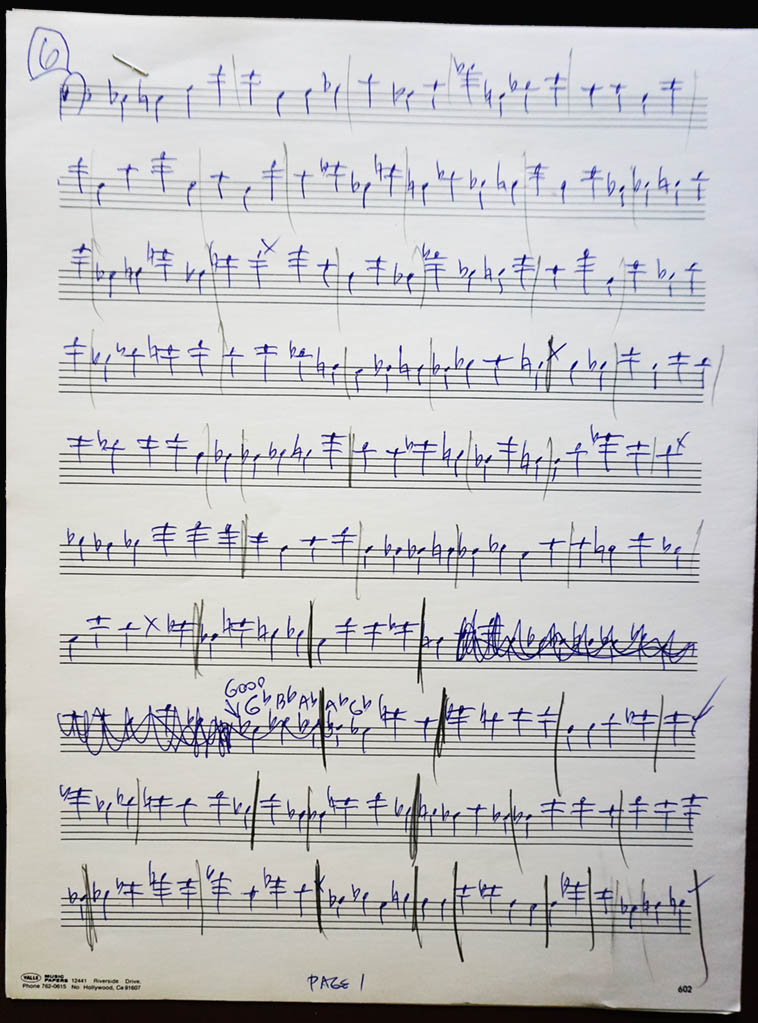 Then Michael puts the assigned notes onto the staff and decides where the bar lines should be, he jiggers the phrases one way or another, adding rests and so forth, to turn everything magically into lyric phrases

Listen to Track 11 from the CD Night Riders 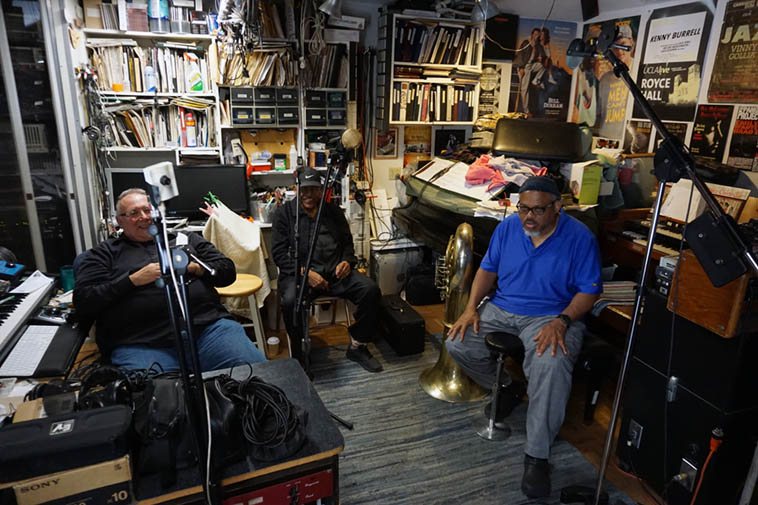 Michael Vlatkovich (trombone), Bobby Bradford (cornet), William Roper (tuba) —- at New Zone Studio —- June 18, 2o18 Los Angeles (Santa Monica before gerrymandering) —- These are the actual positions each musician was located during the trio session, except Michael would be standing where the camera is in this shot, and Wayne Peet would be at the console, and I was in the isolation booth across the way —- photo by MW 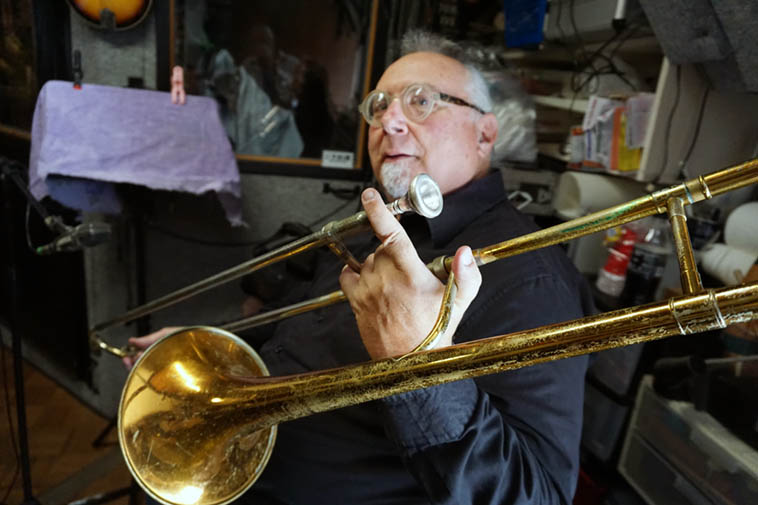 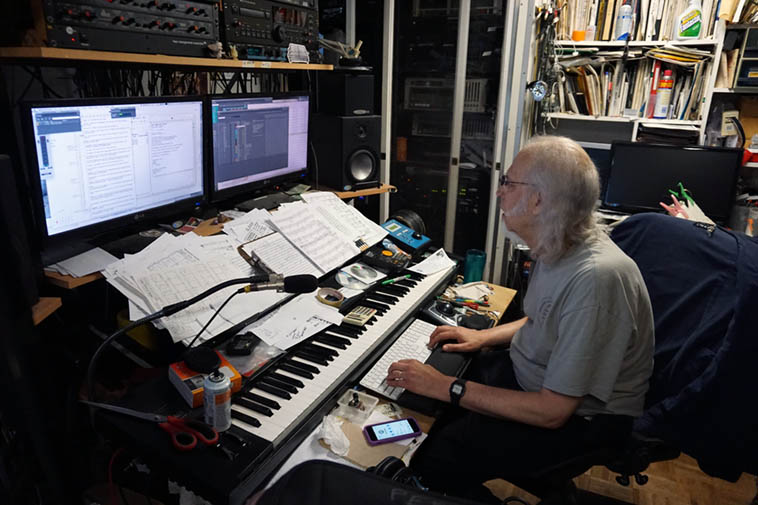 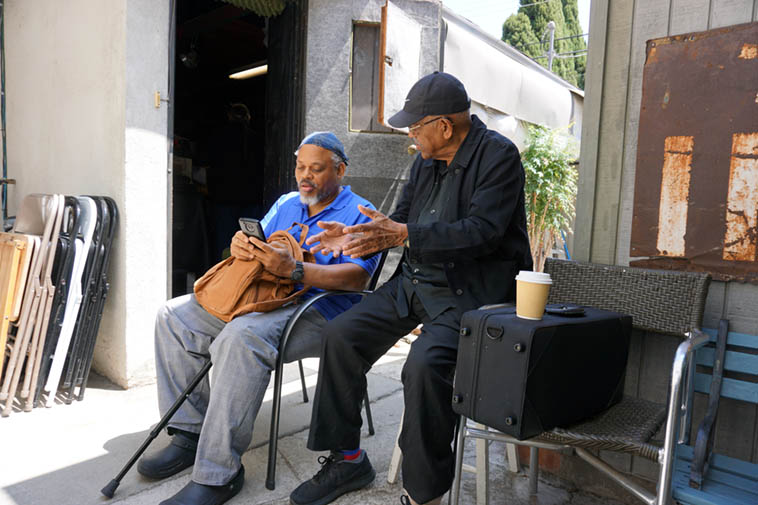 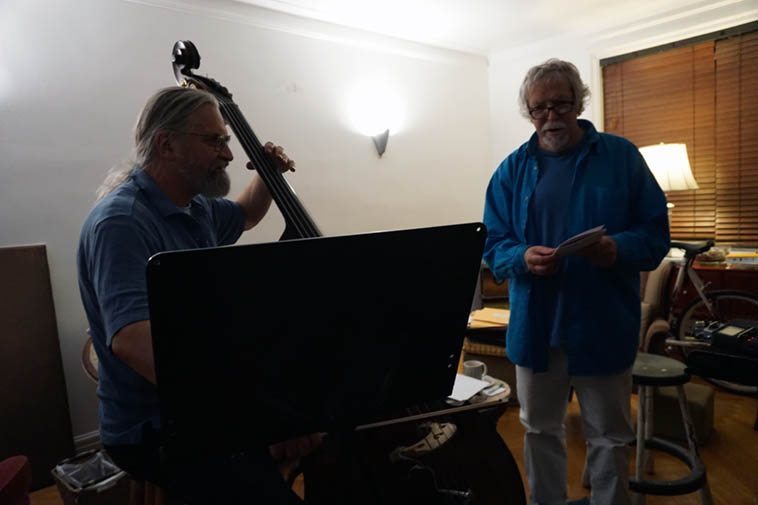 November 19, 2018 NYC session at Ratzo & Francesca’s flat in Inwood —- Ratzo Harris and I were members of Connie Crothers Quintet around 2003-2005 and this poem we finally laid down this evening was something we’ve had in our repertoire since we first performed it at Connie’s Memorial concert at Roulette on November 13, 2o16 —- photo by Francesca —- Ratzo is one of the most staggering musicians I have ever worked with (we recorded on a Zoom H5, can you believe that?) — We recorded a bunch of stuff that session but this Poem for Connie was especially for the last track on NIGHT RIDERS 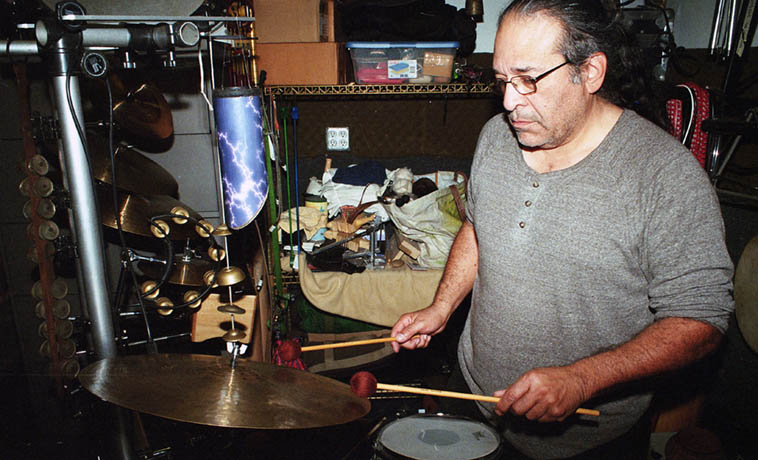 The Indispensable Chris Garcia —- When in performance I almost always stand by Chris, to hear everything from the drummer’s vantage —- February 3, 2o18 photo by Mark Weber 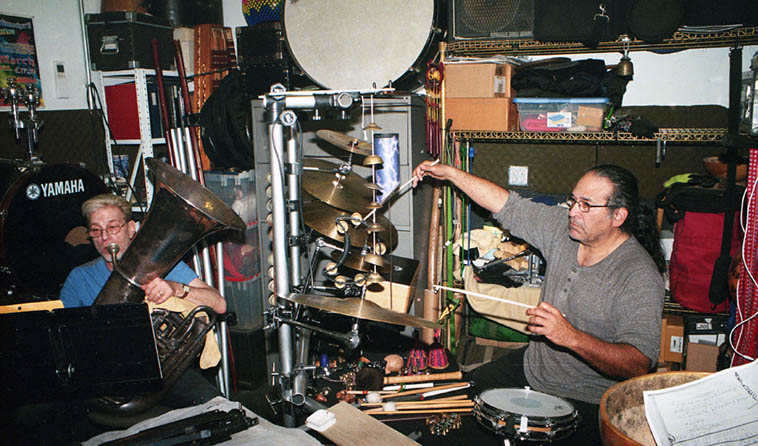 February 3, 2o18 rehearsal for the Open Gate performance the following evening —- maestro Bill Masonheimer stepped in magnificently on tuba as sub for William Roper, who had been waylaid by an inattentive auto who almost ran him over completely (several months later William made the trio session, on his cane) —- That’s Chris Garcia and we’re in his studio on San Fernando Road (near Glendale) —- This is the first rehearsal I attended, they’d already had read-throughs and rehearsals before I flew in from Albuquerque —- photo by MW 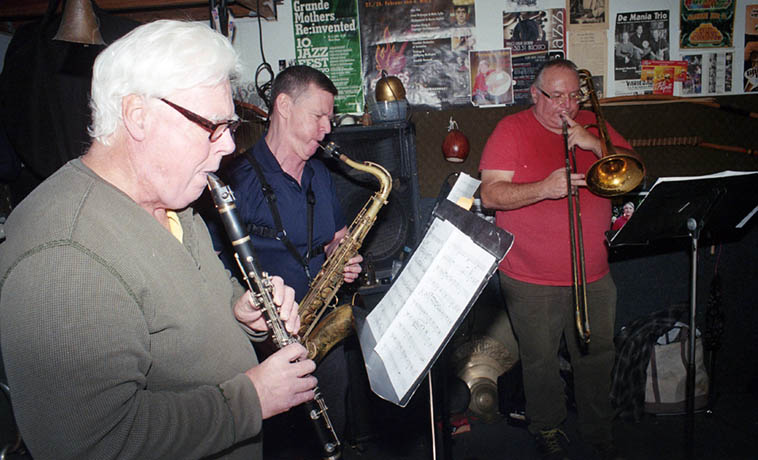 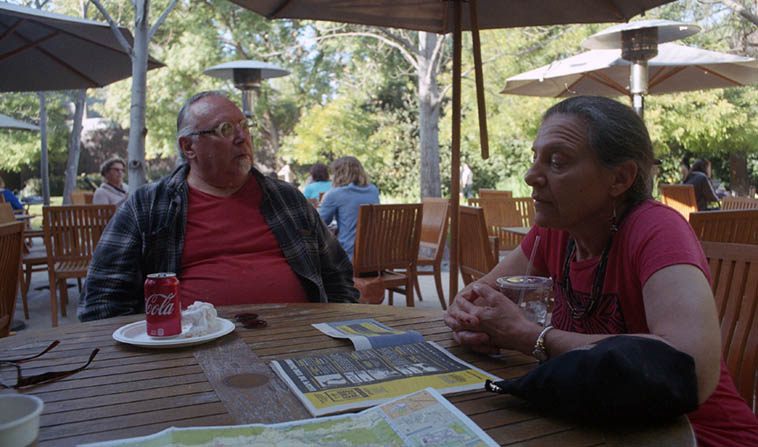 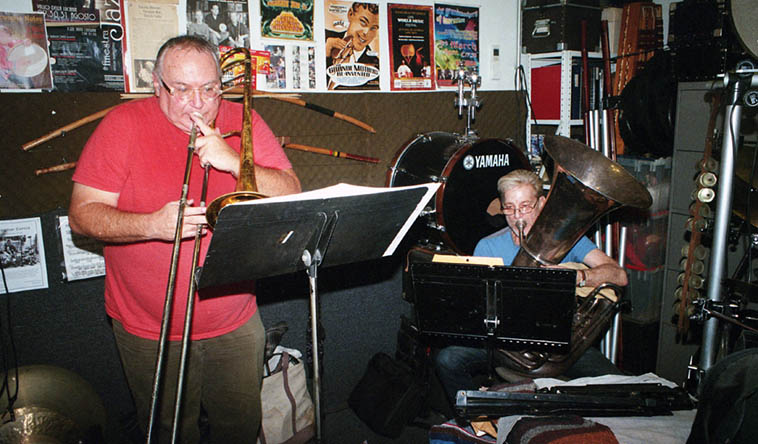 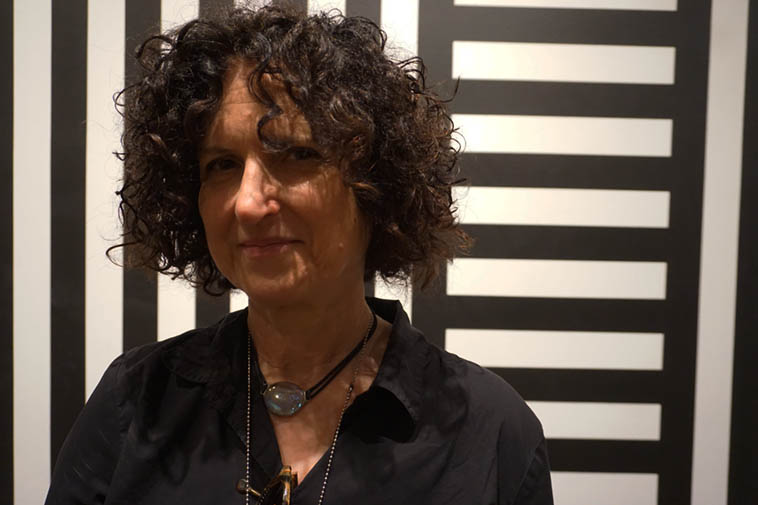 The incomparable Carol Liebowitz did the CD design and here she is at the Metropolitan Museum of Art NYC (she’s the very same pianist you know from my radio show) —- September 30, 2019 photo by Mark Weber 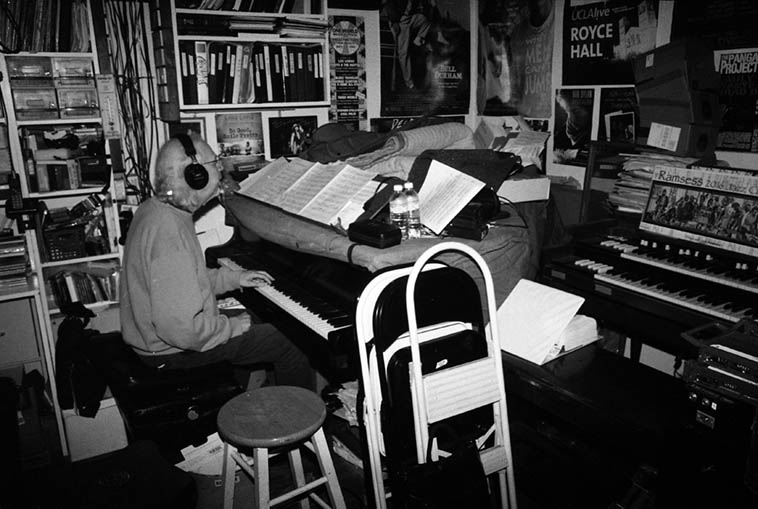 Wayne Peet laying down his piano tracks —- As much work as Wayne put into this project, it more correctly should have been called The Mark Weber – Michael Vlatkovich – Wayne Peet Angelinos —- February 6, 2018 at NewZone Studios (aka Kill Zone once upon a time) —- photo by MW

If it were so, and
it most likely was, then
kinship stretches further up river
than
hitherto believed, belief around
the fire at night grew quiet
as we listen’d to the traveler
tell of generation after generation
moving up this river, the Danube,
all the many thousand miles not
so much in boats but more often
on foot following the valleys —-
An earlier people, gentle but scarce,
larger than us, not our kin, taught
us which plants could save you and
which were cursed and when
the moon came close
to hold our babies up to the sky

Listen to Track 2 from the CD Night Riders 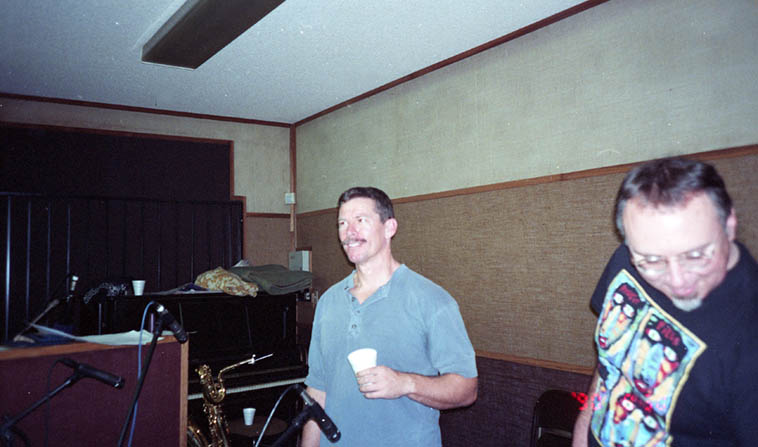 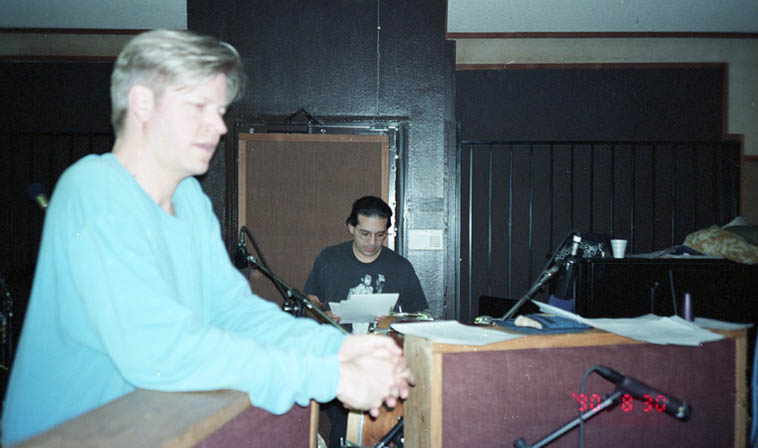 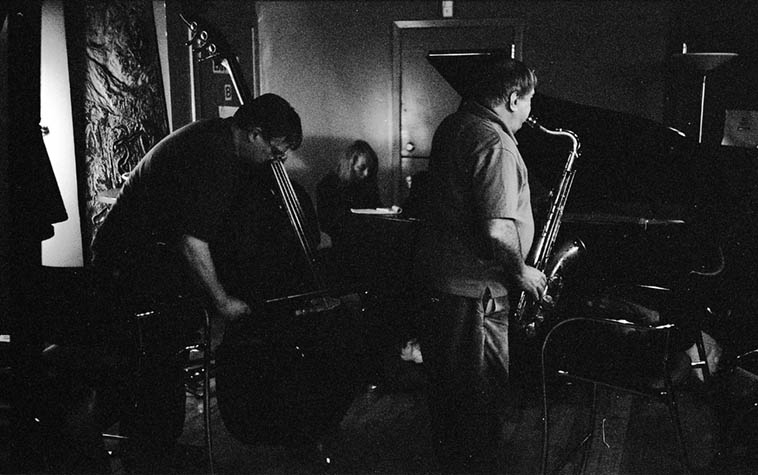 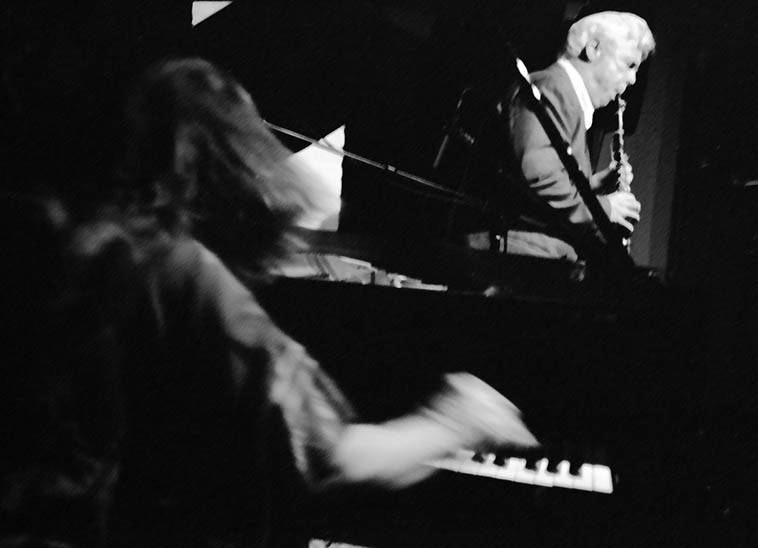 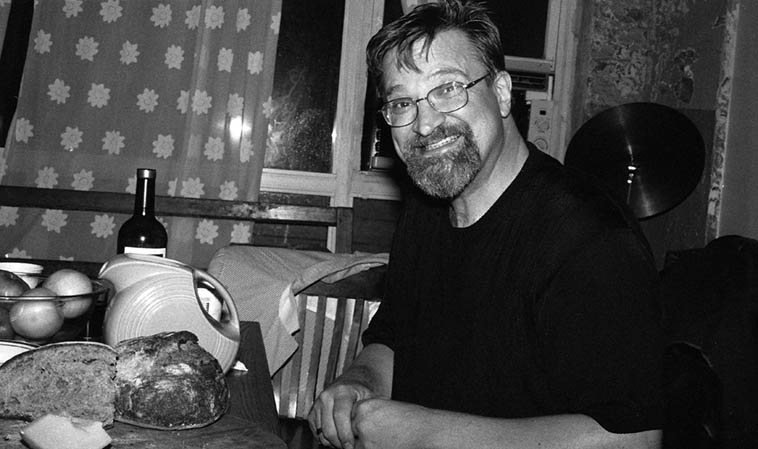 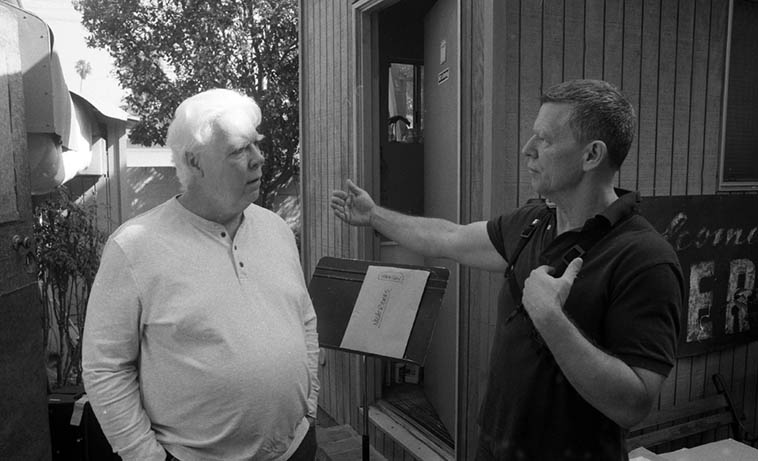 Bill Payne and Bill Plake at the quintet session (they were talking about how much they admire Yusef Lateef’s exercise book) February 5, 2018 —- photo by MW —- Bill Payne is the only guy on this project who doesn’t hail from Los Angeles, he drove in from Las Vegas, Nevada, although, he & Danise lived in L.A. for a couple years in the 80s (his recording duet with Frank Strazzeri is an artifact from that time) (And Ratzo, he’s a San Franciscan who has lived in NYC for years) 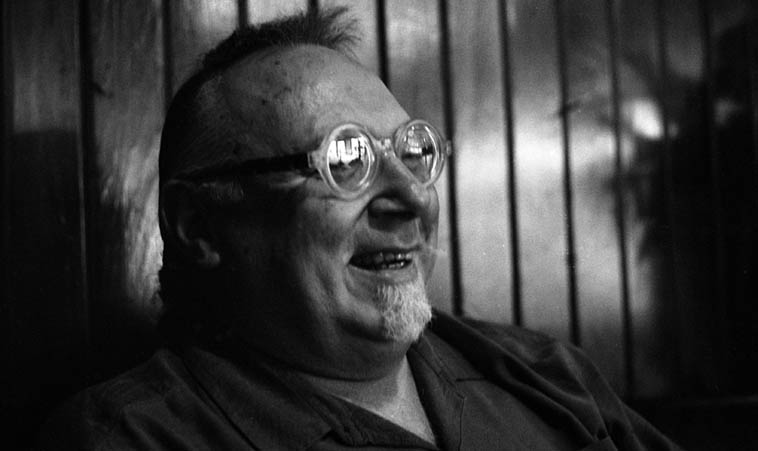 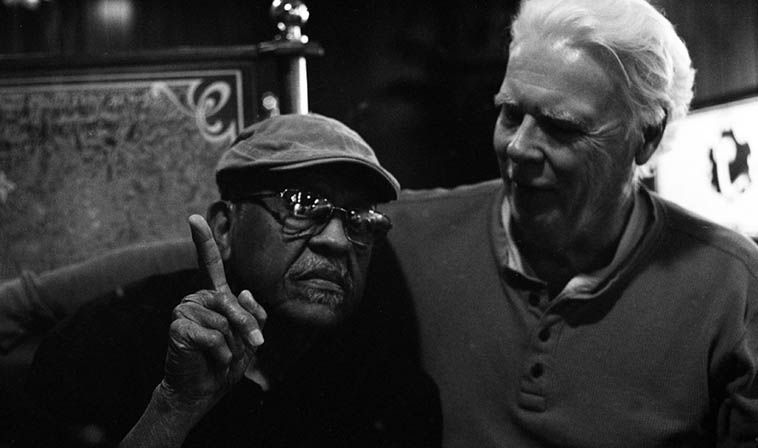 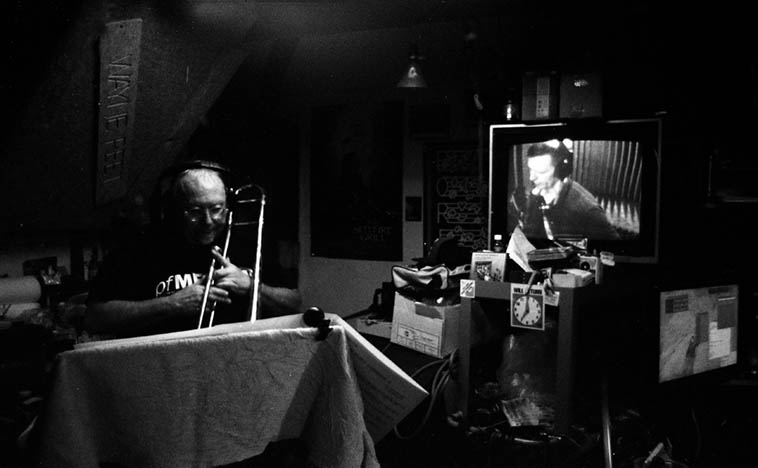 February 5, 2o18 —- This shot is from behind Wayne at the console of Michael with Bill Plake in the video monitor —- Quintet session (actually the quintet was minus William Roper this day as he was recuperating, so he over-dubbed his parts June 18, 2018) —- photo by MW w/ Olympus 35RC rangefinder 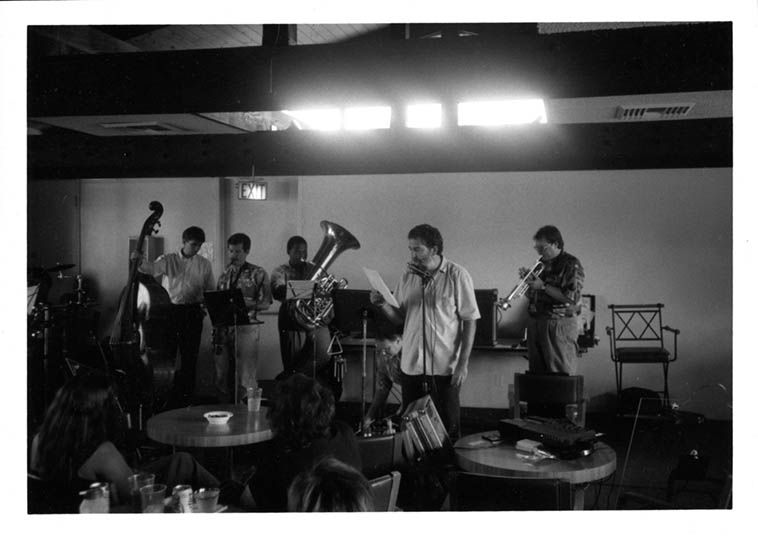 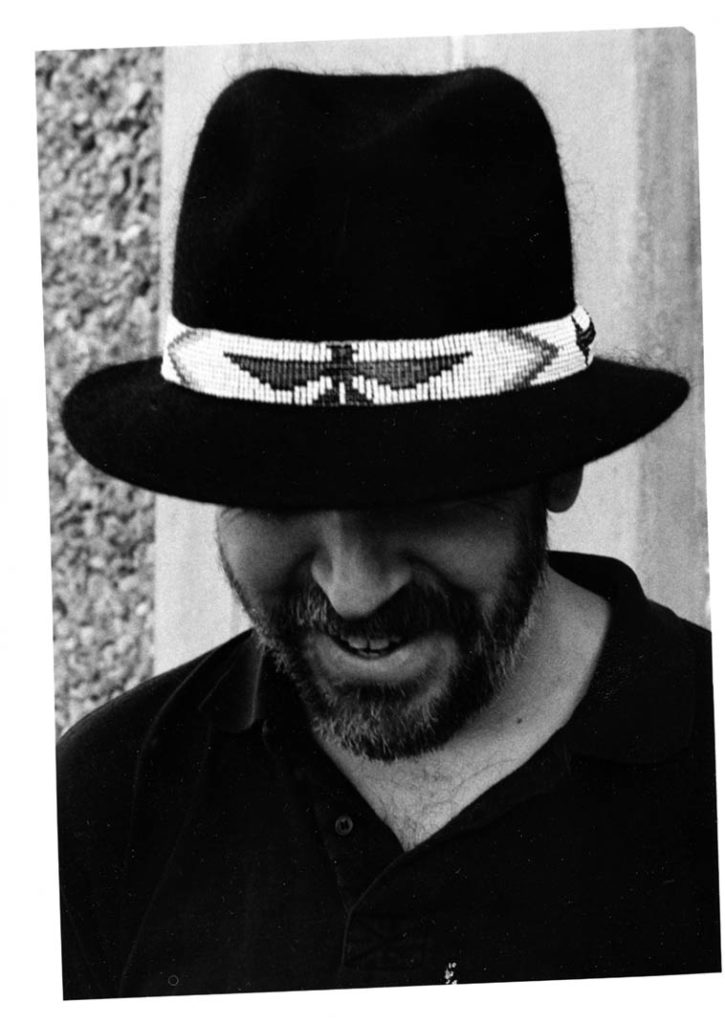 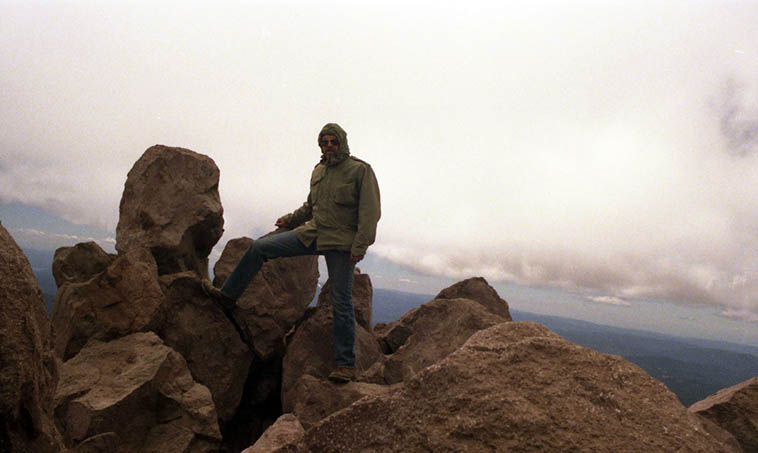