These Times was recorded in concert at the Institute of Contemporary Art in Boston in 1988 and was released on ZERX (028) in 2000. I am playing trombone, electronics, sampler & multiple drum machines. Bill Frisell is playing guitar & live-looping and Terry Rolleri is playing guitar & live-looping. Bill and Terry had never played together but I had played with them both and was very exited to get them in this trio together. Terry was into a tuning strategy he called “sound tuning”, where you tune each string independently and not to any particular reference pitch. After we played a bit at the sound-check, Terry went off to find an espresso and Bill put down his guitar, walked over to Terry’s guitar and softly plucked each of the open strings, one at a time. He stood there for a moment and then turned to me and said “I have no idea what he is doing”. The selection is called Conversation. — Dino 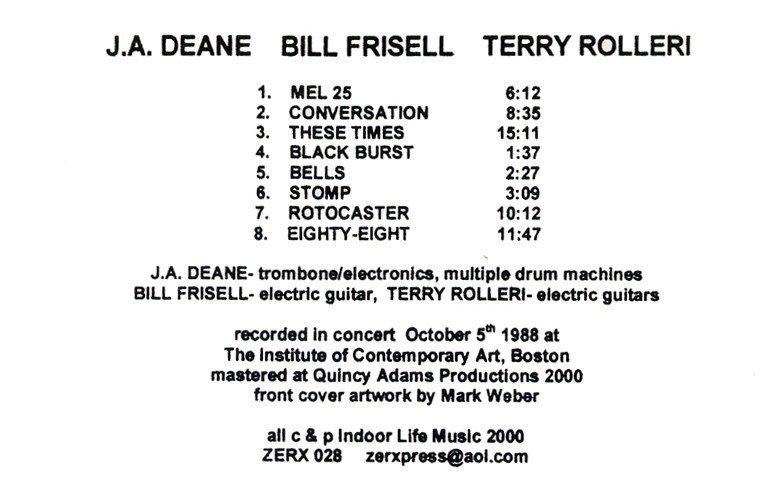 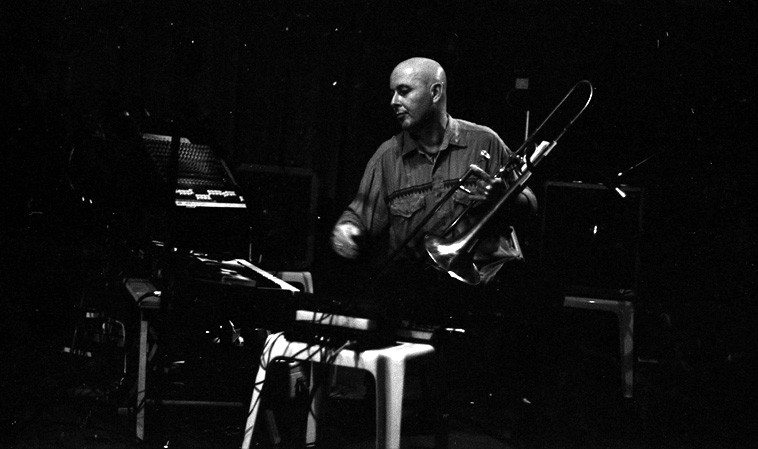 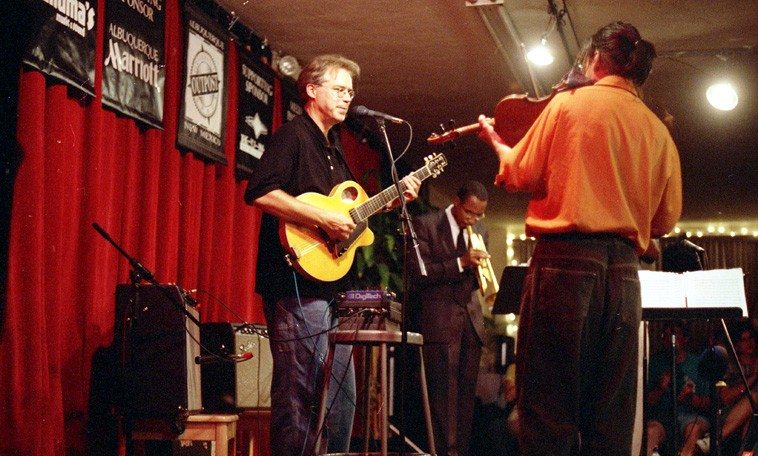