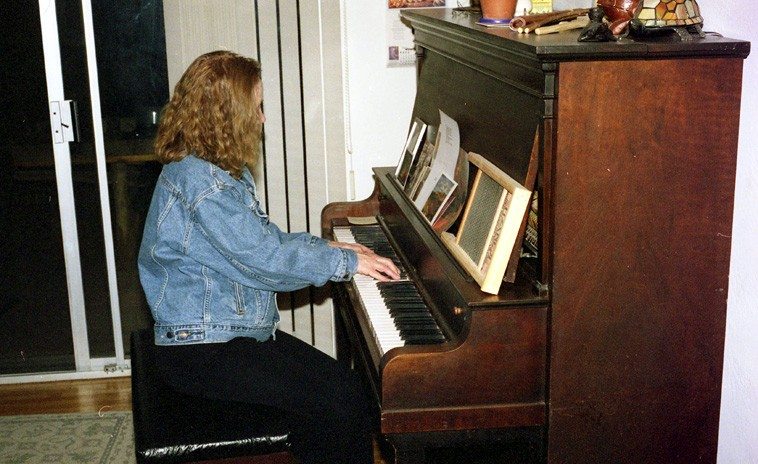 Connie Crothers — March 25, 2001 — Albuquerque — My old upright never sounded so good, she’s one of the greatest — in town for a gig at the Outpost Performance Space with her Quartet — photo by Mark Weber 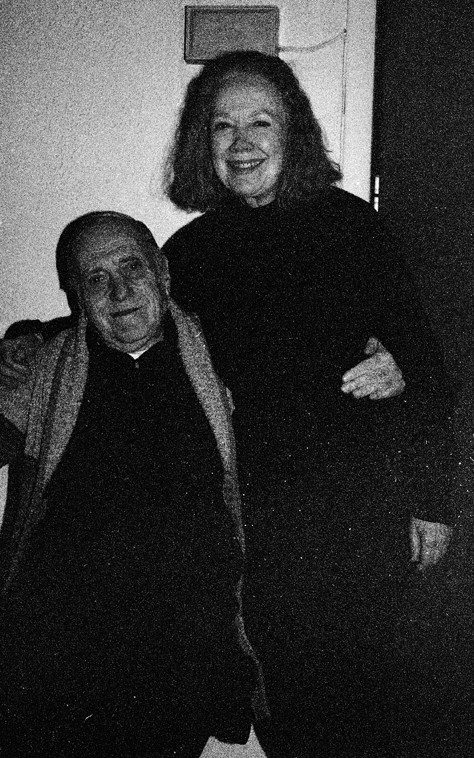 Playing fast for the sake of athleticism doesn’t cut it on the Thursday jazz show but playing fast because life is pumping pure blue skies through your joyous cranium, does. The earliest recorded version of “Kary’s Trance” dates from 1955* with Lee Konitz in quartet playing alto for the first half then after Billy Bauer’s guitar solo he comes in on tenor, quite a tour de force. There are 31 versions, by various artists, of “Kary’s Trance” listed at Tom Lord Discography and today on the Thursday jazz show we’re going to listen to a few of them, including the ferocious incendiary 1957 version with Lee throwing everything he has at it. “Kary’s Trance” is a contrafact, a line Lee wrote to the chords to the folky hit pop song of 1932 by Jack Lawrence “Play Fiddle Play,” that by the 1950s was going the rounds with New York jazzfolk, versions of “Play Fiddle Play” exist from that time by Roy Eldridge, Erroll Garner, Don Elliott, John LaPorta, Kenny Clarke, Marian McPartland, Charlie Byrd, and was a feature for Slam Stewart on JATP. So, it was in the air when Lee wrote this surging pulsing forceful line. George Russell analyses “Kary’s Trance” in his Lydian Chromatic Concepts book: ” . . . it is an example of what we call an ingoing vertical melody” (page 56 CONVERSATIONS ON THE IMPROVISER’S ART by Andy Hamilton).

*We’ll listen to the mono version that Mosaic records discover’d in the vaults that is a thousand-fold better mix than the Hi-Fi stereo version on Atlantic 1258 we all grew up with. (Great photo on the cover of this LP!) 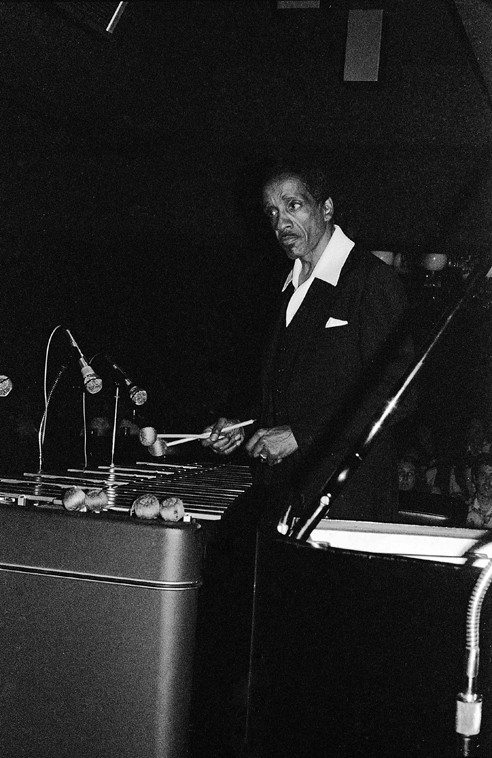 I also found a meticulous corruscating curlicue duet version of “Kary’s Trance” by Lee Konitz & Sal Mosca I’d like you to hear from 1971. But first, I asked saxophonist Charley Krachy what his thoughts on the tune were, (I do not have a copy of Charley’s version at fingertips or we’d listen to that): “I don’t know too much about it other than it is based on the tune “Play Fiddle Play” and was composed by Lee as part of a lesson, I believe he was studying with Lennie. When I play it I feel it as having a “gypsie” feel to it . . . . sorry, I can’t be more specific, it’s not too hard to play.” (Email 5/13/2013 — Note: I had asked if it was a hard song to negotiate.)

Someday we’ll have to ask Lee about this trance his daughter Kary was in. Contrafacts were the order of the day on the bebop frontier. “What Is This Thing Called Love” provided chords and momentum for over a dozen bop platforms by Fats Navarro, Wardell Gray, Tadd Dameron, Charles Mingus, Lee Konitz, have all written lines on What Is This Thing, and one of the most beautiful and beautifully complex is by Connie Crothers known as “Ontology.” I want you to hear this tune recorded live at night on the Lower East Side inside The Stone in quartet in 2009.

We’ll also listen to music from these incredible musicians in the photos, there sure is a lot of interesting music in the world. (Thanks to Cal Haines and Klaus for doctoring up my photos, my little web page wouldn’t exist without their help.) 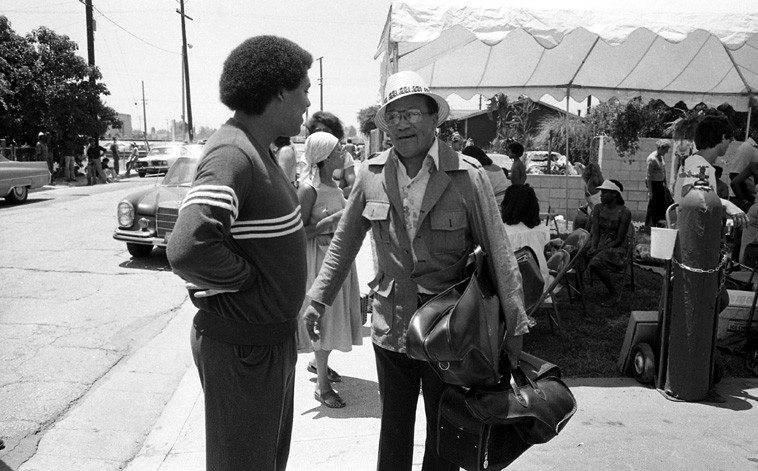 James Newton with the legendary Los Angeles woodwinds master William Green @ Watts Towers Jazz Festival — July 5, 1980 — photo by Mark Weber — James has moved back to New Mexico in the same neighborhood (Corrales) as Bobby & Lisa Shew, so I’ll spin a track from one of my favorite LPs of James’ not-yet-reissued on CD, the album LUELLA from 1983 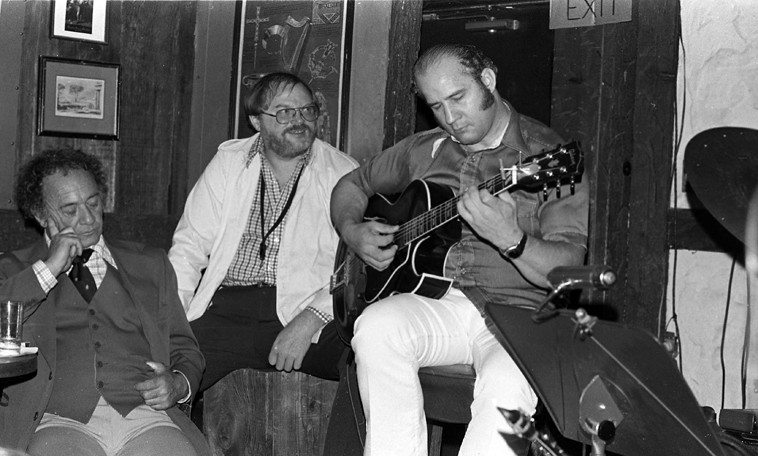 That’s Dave Koonse on guitar, the father of Larry Koonse, and the guy in the middle is Gary Foster and this evening was the Gary Foster Quintet (sometimes with same musicians known as John Tirabasso Quintet), the other guy looks very familiar — November 1, 1978 @ The Raven & The Rose, Sierra Madre, California — photo by Mark Weber 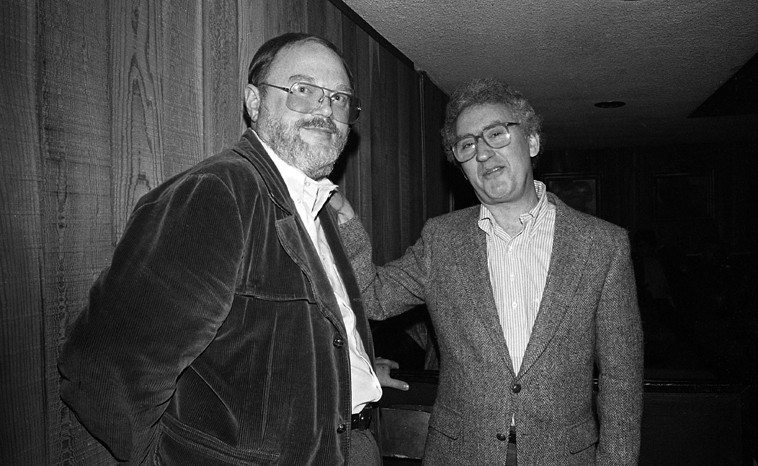 Gary Foster & Lee Konitz @ Donte’s in North Hollywood — January 15, 1982 — photo by Mark Weber — Lee was sitting in with the Art Pepper Quartet for a couple sets warming up for their recording session three days later for Atlas Records 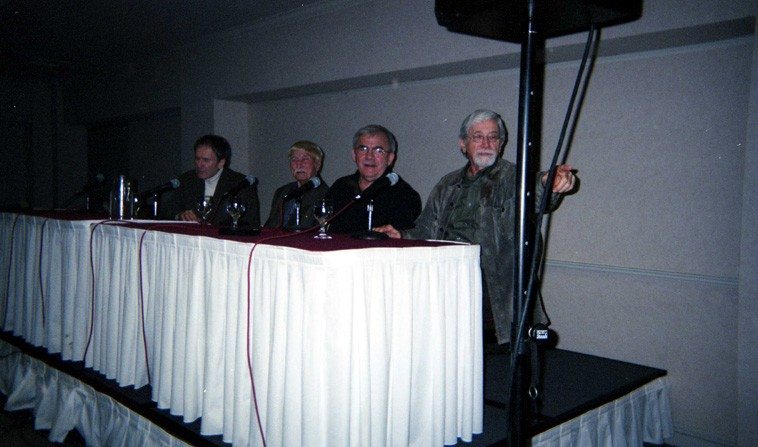 You can’t have a conference without a panel discussion! So, they had one: Dave MacKay, Billy Bauer, Ted Brown, Don Heckman (moderator) — Lee joined them post haste to talk about Lennie — May 28, 2004 — photo by Mark Weber with one of those $10 plastic disposable cameras, I went through a phase where I was exploring low production values, somewhat under the influence of Robert Frank 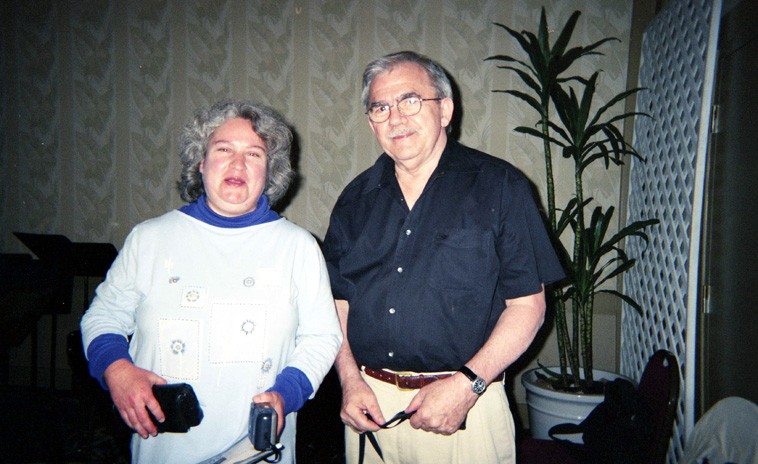 Kary Kaley & Ted Brown @ Springsville Conference, LAX Four-Points Sheridan Hotel, Los Angeles — May 28, 2004 — this was the day of conference that had special focus on Lennie Tristano — Kary came down from Montana to see her dad Lee Konitz and is the inspiration for Lee’s tune “Kary’s Trance,” she was wonderfully down-to-earth and easy to be around, so I visited with for awhile — photo by Mark Weber 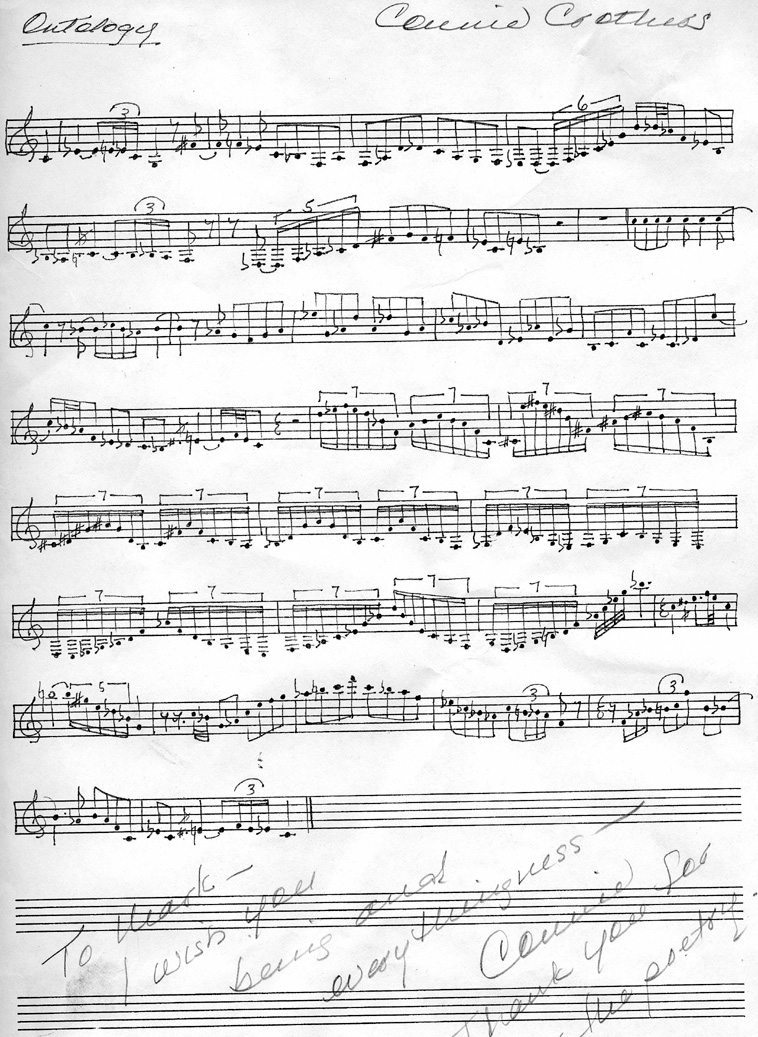 Connie Crothers “Ontology” in the author’s own hand