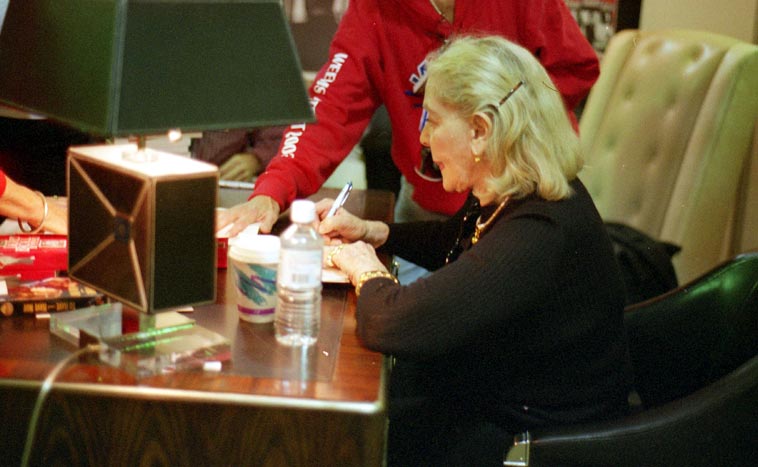 We’re used to seeing limousines in this day and age. (In the 60s when you saw a limo you figured it was somebody important.) Nowadays everybody and their mother’s son hires a limo. So, I didn’t think much of it when one pulled up right in front of me standing there at the entrance to this exhibit hall on the Albuquerque Fairgrounds. I was waiting for Kenny & Elsa Davern to arrive and that’s where I told Kenny I’d be.

For some reason Kenny & Elsa wanted to see a crafts fair being held there that Saturday. Uncharacteristically, I had my camera slung around my neck. Usually I keep it in its bag hung over my shoulder. Then this limousine opens up and out steps this elegant lady and I think to myself: That’s Lauren Bacall. What the heck?

Usually the rich & famous land at the Albuquerque airport and head straight to Santa Fe, an hour north up Rt.25. Albuquerque is just a hardscrabble beat-up working people’s town, not much of a tourist destination.

There’s nobody standing there but me. And all of a sudden I realize that my script is to be the Press Corps. Me! So, not wanting to “break character” I lift my camera and snap a few. And Lauren is so hip she understands immediately that I was just being polite and playing the part of the reception detachment from the local papers and comes over and affectionately squeezes my arm and smiles and continues inside where she had a table to sign her books.

Kenny & Elsa arrive right on time and I tell them about Lauren Bacall giving me a squeeze and Kenny says, “She’s a good Jewish girl from Brooklyn.” (KD’s mother was Jewish.) Kenny probably felt a solidarity with her because they were both diehard cigarette fiends. I used to smoke so I understand. Cigarette smokers have it hard in the 21st Century — in America they have to find sanctuaries where they can light up. I still remember when we all smoked on airplanes! Nowadays they’d toss you off the plane at 20,000 feet if you even pretended to light up. 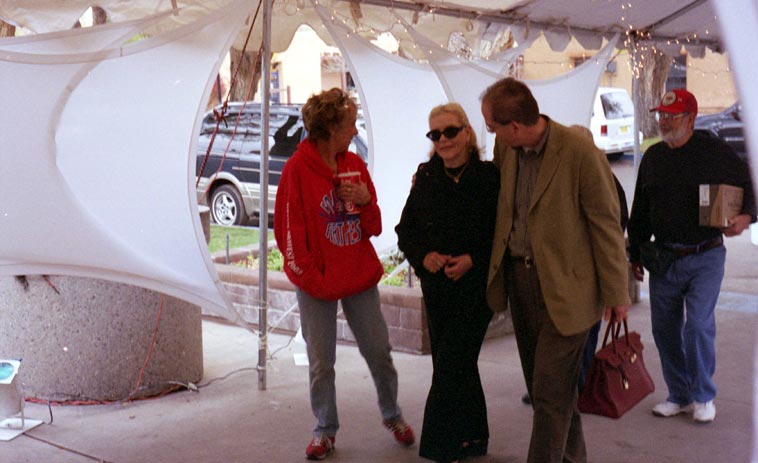