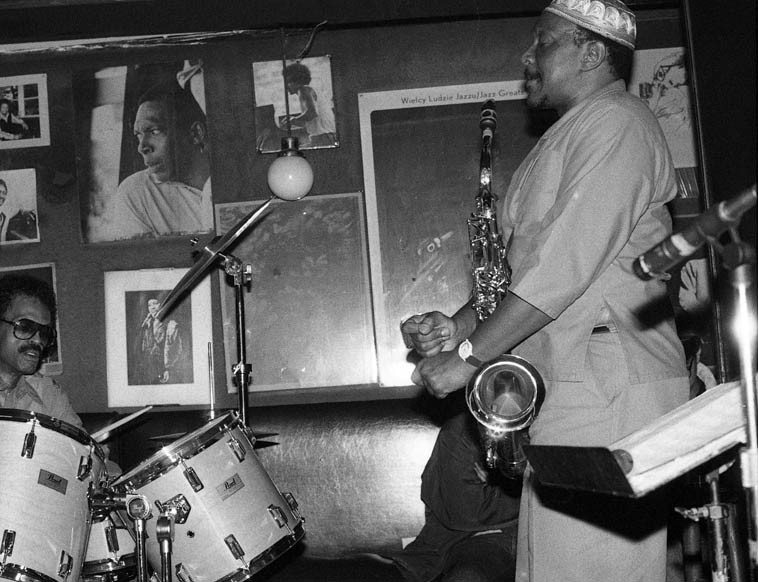 I’m sitting here of an evening listening to a Duke Jordan Trio record from 1978 with Dannie Richmond when he was 46. The liner notes say he got away from us in 1988 which is alarming in that he was only 56. Why do our jazz musicians die so young? Wilbur Little, the bass player on the date passed on in 1987, aged 59. Too young.

Dannie Richmond is the stand-out on this concert recording, just amazing. I only caught Dannie less than a dozen times — probably about 6 times with Mingus and at least twice with the band he co-led with Don Pullen and George Adams. I even interviewed them in Cleveland, mostly asking them if Mingus was the maniac he looked to be when you watched him on stage. (He was always hollaring at the band.) They laughed and said that it was all show, that Mingus was a pussycat off-stage (their very words).

I’m not too caught up in Duke Jordan on this record, or at this stage of his work, his ideas are not that fulsome or inventive. But then, maybe I need to listen a few more times and let it sink in. I know that if someone only gave Horace Tapscott a tentative listen they’d completely miss what he’s all about — you have to give Horace time to envelop you, and then you’re hooked. Cecil Taylor told me years ago that you must “go to where that artist lives, endeavor to get to where they’re coming from, and then, you’ll be just that much more enriched.”

As we sat there in our living room I said to Janet, “Remember when we caught Dannie Richmond?” And she remember’d exactly: “Village Vanguard with George Adams and Don Pullen, and who was the bass player?” “Cameron Brown, you saw him with Sheila Jordan” (Lensic Theater, Santa Fe — July 27 & 28, 2012). We had been living in Cleveland at the time while she went to medical school. Her sisters live in NYC so we had a place to crash and would drive over on Interstate-80, cross the Washington Bridge and boom bang we’re on Manhattan. Those were the years when guys with squeegees would surround your car right off the bridge. We were very poor ourselves at that time and visiting on the graces of Janet’s sisters so we were at a disadvantage as to how to negotiate this imposition. What are the folkways of this particular hustle? They were tough-looking guys and were pissed that we didn’t give them any coin of the realm. It was my first trip to New York City and I was hoping the squeegee gangsters weren’t hiding behind every corner.

Well, it was so dark in the Village Vanguard that I only took a few photos — only the saxophonist was well-lit. So, to get a shot of Dannie Richmond, as a memento, at the very least, that we had been at the Village Vanguard (our first time there — a pilgrimage) I put the flash on my SLR knowing full-well that a flash would be a jolt in such a dark place, but I’m brave, if not downright obnoxious, and KABOOM the flash goes off like a bomb — and bless his soul, Dannie Richmond steps over to me and in the most polite manner says something perfectly obvious, like: Hey, let’s not do the picture thing, okay? An absolute gentleman. The world could use more of his kind. 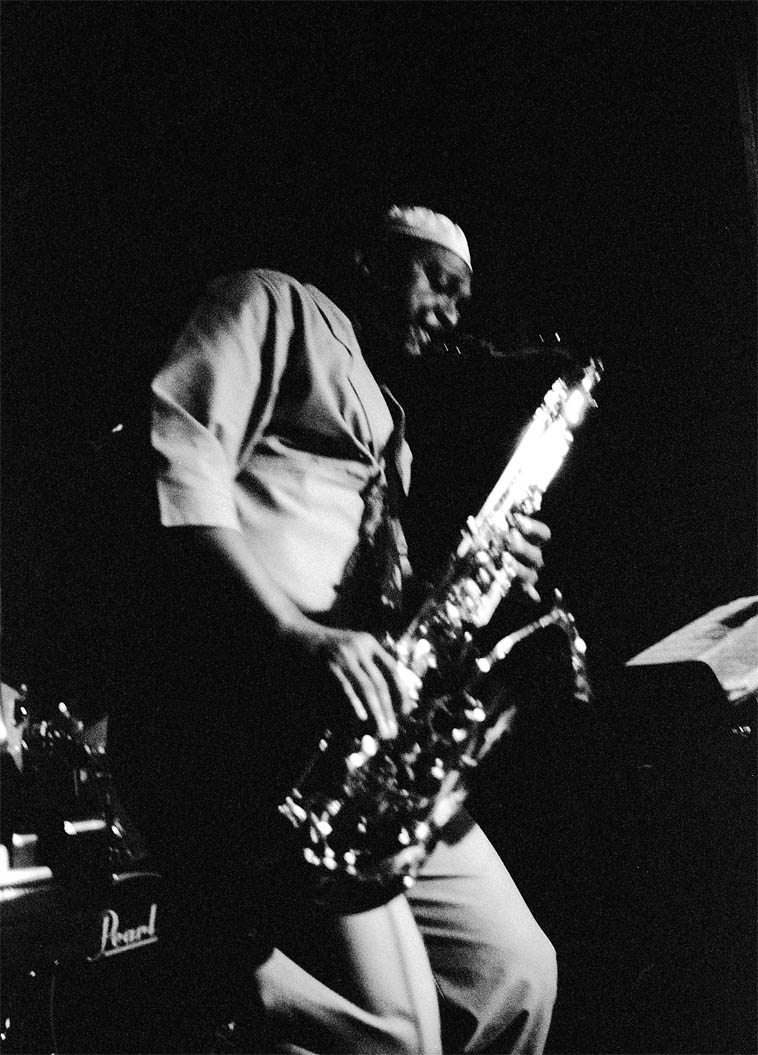 These two shots of George Adams were without flash, Tri-X exposed at 1600 ASA — most of the quartet (Don Pullen, Dannie Richmond, Cameron Brown) were in the dark — Village Vanguard — March 7, 1987 — photo by Mark Weber 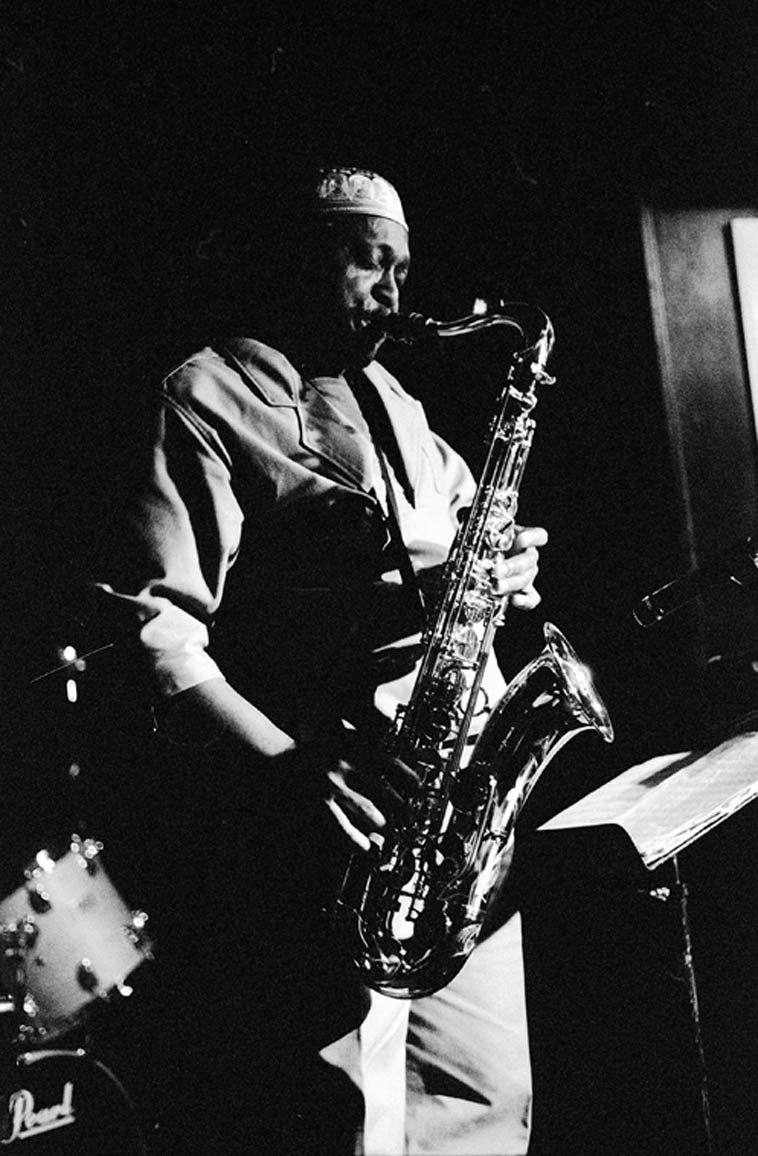 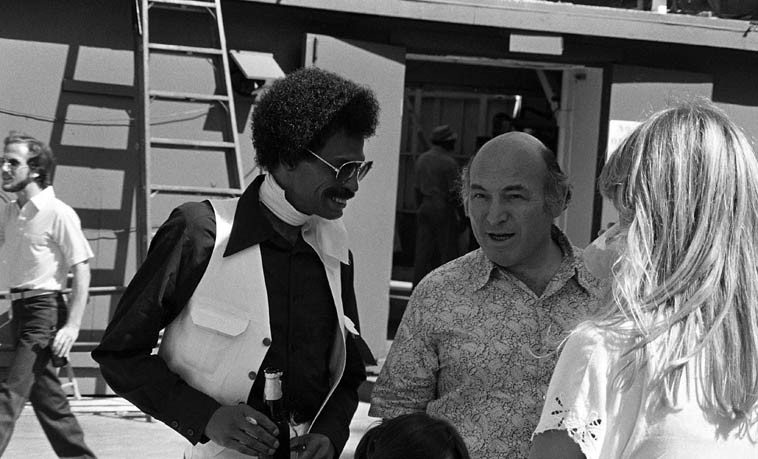