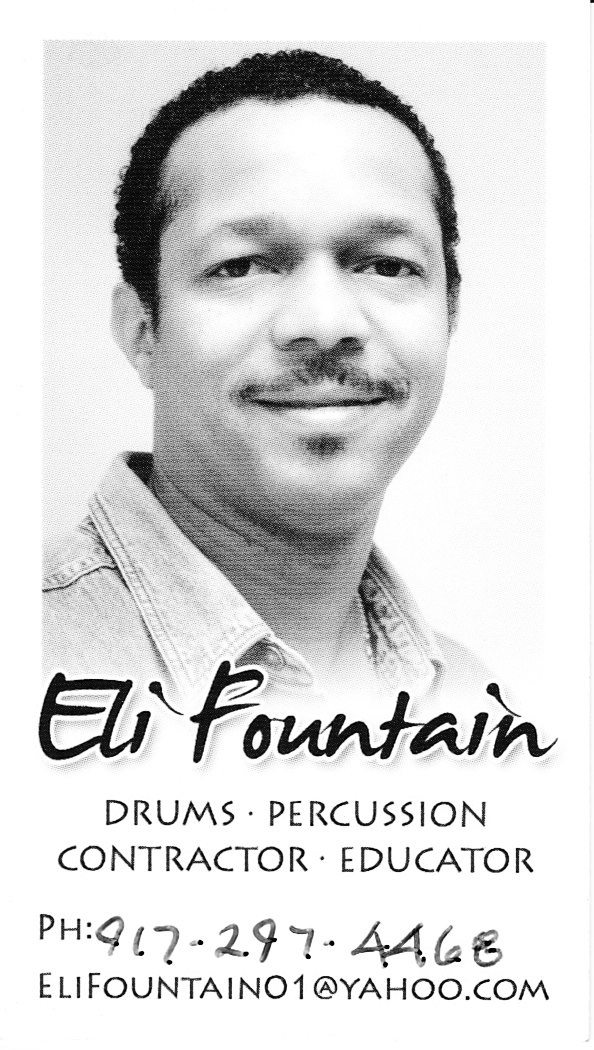 I was in NYC last week to attend Connie Crothers Residency at The Stone (12 individual sets over 6 nights) in the East Village. On Wednesday evening a trio of CC + Henry Grimes + Jameel Moondoc performed and sitting behind the piano with Henry after their set tinkering with my cameras I overheard a fellow catching up with Jameel Moondoc relating that he had just moved back to town and they should get together, “Give me a call ‘Doc,” handing him a business card. My antennae went up and I asked if I could have a card, and I admit the name didn’t immediately spring to mind but he said something about M’Boom and my tail started wagging. Eli Fountain was a member of this great jazz percussion nonet formed by Max Roach in the late 70s. M’Boom was one of Max’s great achievements.

I asked if he’d be interested in doing Live telephone interview, and that’s what’s going to happen today on the Thursday Jazz Show.

Eli Fountain was the tour manager for M’Boom and understudy of all the parts, tympani, vibraphone, bass drum, cow bell . . . . He could sub in any position as needed. When Freddie Waits passed away unexpectedly in November of 1989, Mr Fountain became a full-time member (although he appears on record with M’Boom from 1984-1992).

He presents percussion clinics at universities all across the U.S., as well as music director for tap dancer Savion Glover and for theatrical productions on Broadway and Yale’s Repertory Theater. As well, performing with The Brooklyn Philharmonic, the Carnegie Hall Jazz Orchestra, Cincinnati Symphony, and so on.

His present groups are Percussion Discussion (Tribute to Max Roach) and Eli Fountain & the Organizers. Today I want to focus our discussion on his work with M’Boom. 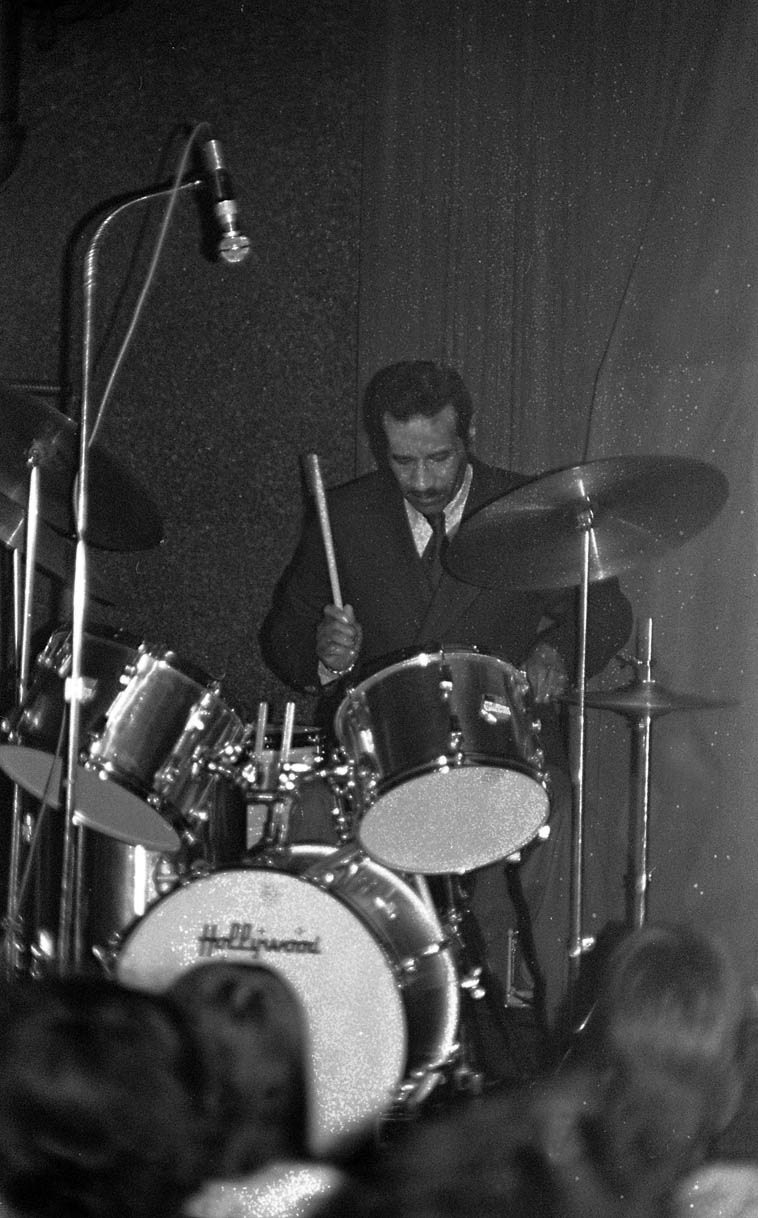 Max Roach during his solo concert piece “South Africa ’76” — January 8, 1977 — photo by Mark Weber —- I remember this solo being something like ten-minutes long and something you never forget 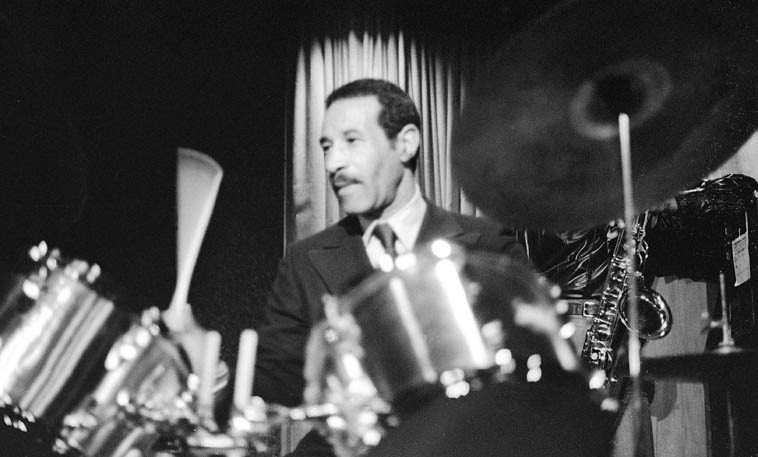