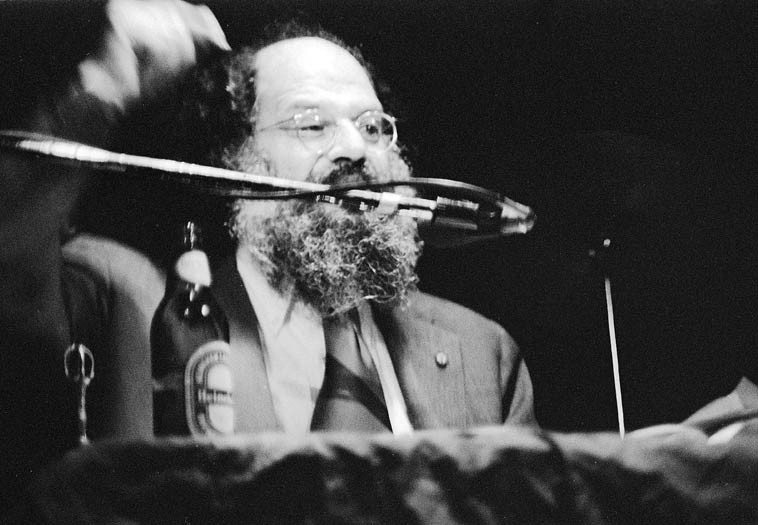 Allen Ginsberg reading at The Troubadour, Los Angeles — January 25, 1977 — photo by Mark Weber —- I miss Allen Ginsberg. More correctly: I miss knowing that Allen Ginsberg is alive and out there in the world somewhere being Allen Ginsberg — He was a brave & valiant (and crazy) man — As in: Crazy, baby 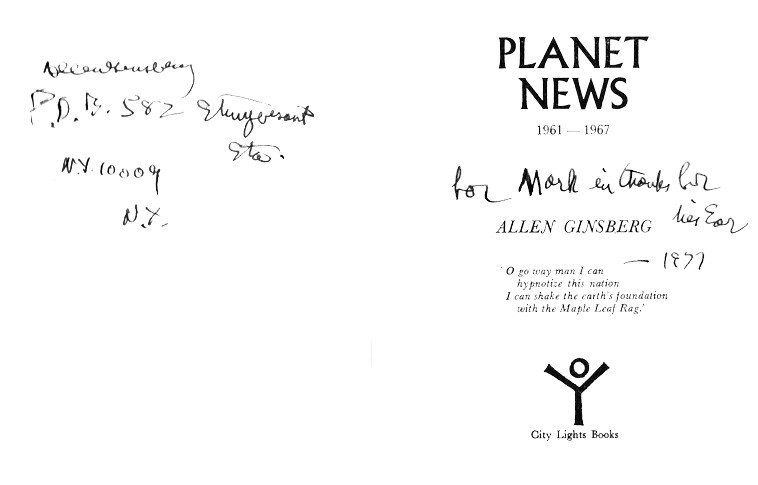 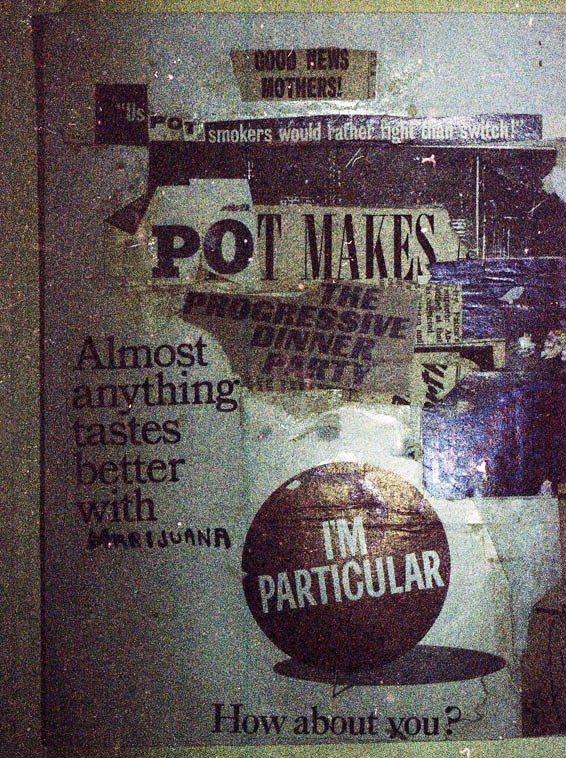 Most of us who did not live in Cleveland first heard the name of poet d.a. levy (1942-1968) through Gary Snyder’s essay “The Dharma Eye of D.A. Levy” in his book THE OLD WAYS (City Lights, 1977)(This is really a great book, I just reread it, wow.) And so when I moved to Cleveland in June 1986 I dug around and found a copy downtown at Old Erie Street Bookstore of levy’s posthumous collection ukanhavyrfuckincitibak (Ghost City Press, 1970, publisher T.L. Kryss) and also at Mac’s Backs in Coventry found COLLECTED POEMS (Druid Books, 1976). His poetry is highly politicized, a narrative poetry of deep inner self, you can feel him on the page, and believe him. The conundrum of birth and death obsessed him. Also, he seems to have dabbled in peyote use. He also used a lot of lower-case typefaces and I’m fairly certain he was not influenced by e.e. cummings in this (nor were any of the other 60s poets who used lower case — judging from my own experience it had more to do with the look of it and the difference of it and the way it called attention to the words). Luckily, a lot of work survives. And who couldn’t like a guy who would write a verse like this: “if i write ERIE/ in pastels next to the kitchen sink &/ the mushroom stones..will some decrepit/ archeologist climb out of the drain/ with flint arrowheads or obsidian fig-/ urines wrapped in his fat handkerchief?”

I say “alchemists” because poetry is made of a cauldron of ingredients boiled down to a mere drop — a wisp of gentle breeze. Like driving on a freeway late at night. All encumbrances to the poem have fell away, a poem should be light as a feather, till the words disappear. I still prefer reading poetry on the page sitting under a tree in the vicinity of water. Such evocations of a pastoral time lost in myth.

But then again, a poem can be anything, a shopping list, a shipping manifest, an inventory of goats, a diatribe, a curse & call to arms, the babbling of the insane, a song for the dead, directions scribbled on a piece of bamboo leaf and set adrift downstream, heroic, contrary, numinous, mercurial, enigmatic, picaresque, lyrical, didactic, confessional, plainspeak, ecstatic, adjective-laden hallucinations, pipe dreams . . . . Or, as Johnny Mercer has it: “Often I think this sad old world is whistling in the dark/ Just like a child, who, late from school/ Walks bravely home through the park.”

I don’t personally care to have to puzzle out what a poet is trying to say with their words — I prefer it to be said forthwith and be done with the words.

“… literary and linguistic tradition embodies ideas and images which impose, permit and limit different ways of seeing the world — they have their own historic weight” — J.M. Roberts, Prehistory and the First Civilizations, (1998).

As well, I have come to realize that the language one speaks actually shapes their face. Speech and musculature. You know, before Homo habilis (approx. 2 mya) mankind didn’t have the mouth structure anatomy to speak, he could only shriek. Talking had to evolve.

I’ve been aware of Fred Voss since his work began showing up in the pages of WORMWOOD in the early 80s. There is a telepathic intelligence at work there.

Roy Moss had a deep resonant organ-chorded voice, if he was a singer he’d be Arthur Prysock, he could rumble out a story about taking his boys to see Thelonious Monk in the Village, driving into the city from Far Rockaway while showing me his carving tools. Roy was a friend of mine. I had done some house painting for him and Harriet. They had moved to the Rio Rancho suburb of Albuquerque in 1980 when he retired from the auto parts retail business. He listen’d to my radio show. He would coach me in Yiddish phrases that I was mangling on my show. He taught me a lot of words and even got me to revisit Philip Larkin of whom I had come to dislike strongly because of his antediluvian opinions on modern jazz (Larkin was a British jazz critic and poet). It was his son David Moss, the avant jazz drummer & monologist who gave me this wood sculpture after Roy had passed.

Ronald Baatz is a poet of the Catskill Mountains. His poems are electroplated. Trigger’d. Ithaka. Ancient and waterfalls. Another intelligence at work illuminated, sometimes playful. Ronald could probably tell us what the ancient petroglyphs are saying to us. 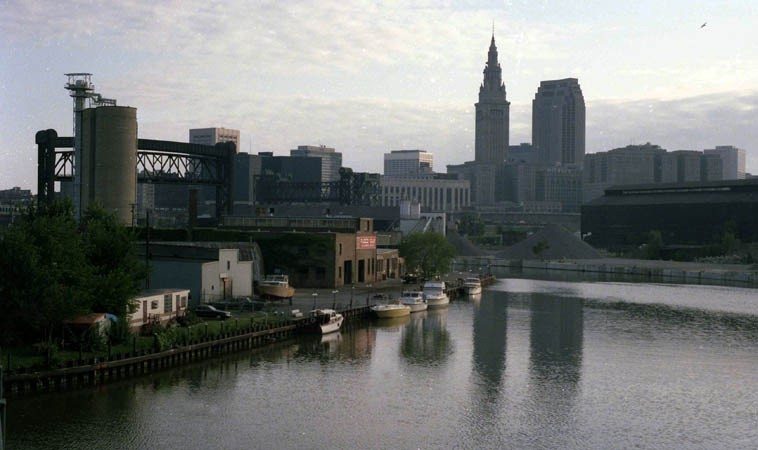 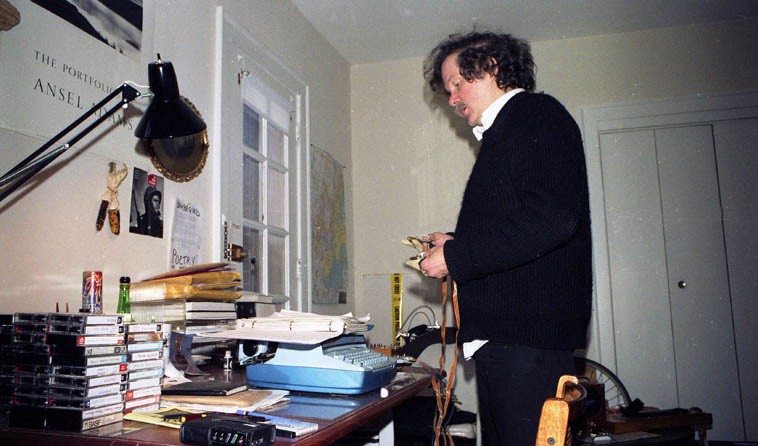 Ed Sanders rehearsing for his performance at “days of rain & fire: d.a. levy 20 years after,” Case Western Reserve University, Cleveland, Ohio — October 7, 8, 9, 1988 — Ed was staying with us at our apartment in Coventry and that’s my writing desk in the picture — photo by Mark Weber — October 8, 1988 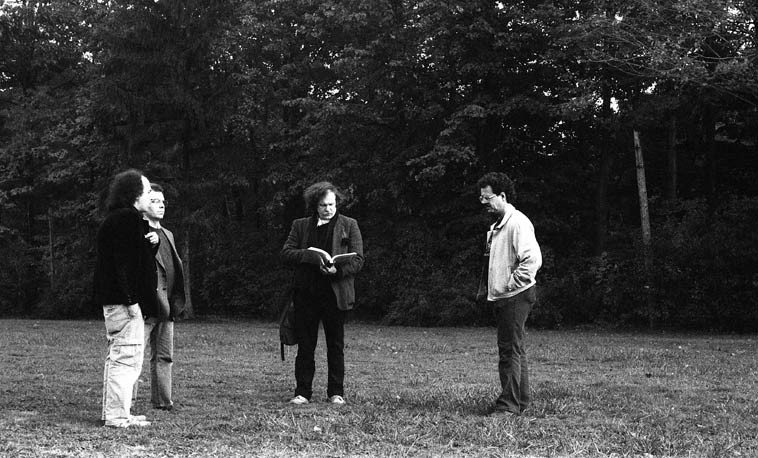 Reading at d.a. levy’s grave: Section B, Lot 517 #1 (he shares grave with a Emma Walz), Whitehaven Memorial Park, 615 S.O.M. Center Road, Mayfield, Ohio — October 8, 1988 — photo by Mark Weber — L to R: Joel Lipmann(?), unknown, Ed Sanders, Geoff Singer — note that Ed is reading from ukanhavyrfuckincitibak —- that day of the conference a dozen of us went around Cleveland to various locations specific to levy’s writings and read his poems 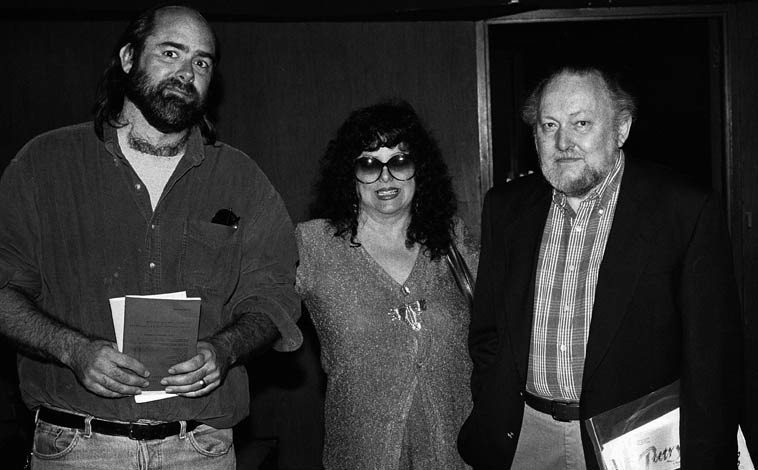 Fred Voss, Joan Jobe Smith, & Marvin Malone, publisher of WORMWOOD REVIEW — April 20, 1995 — CSULB Long Beach, California — photo by Mark Weber — WR (1959-1999) was quite an influence on the American underground literary scene, be sure and see the WORMWOOD website (Marvin even managed to squeeze me into a few issues) 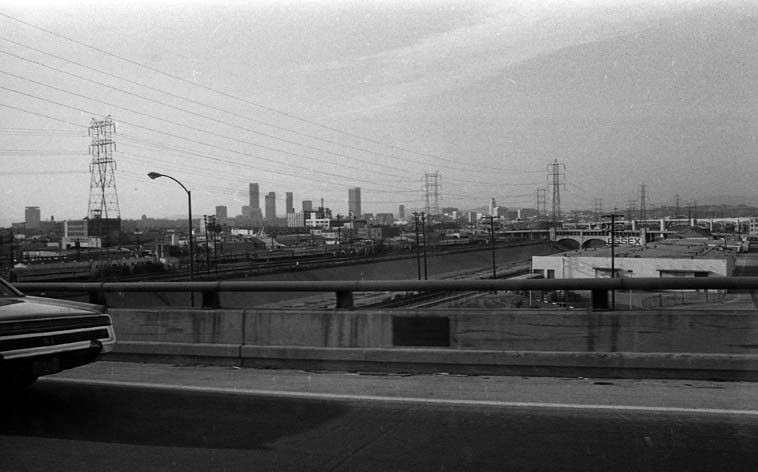 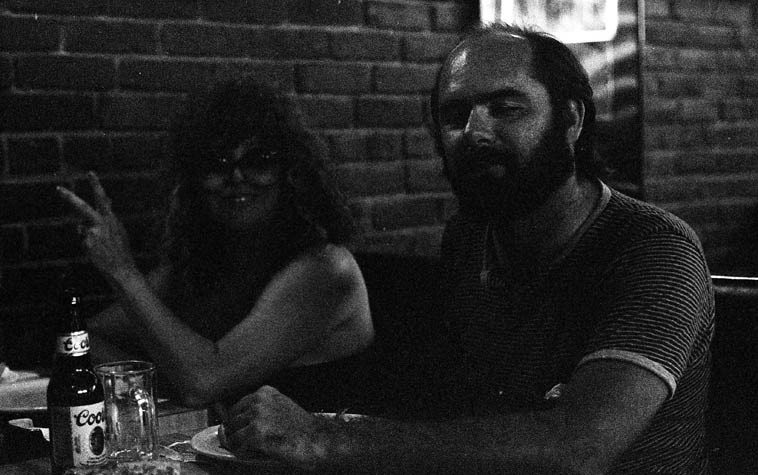 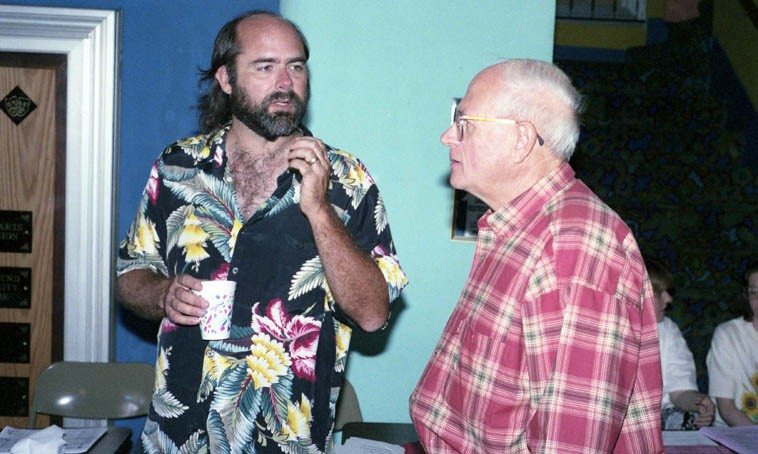 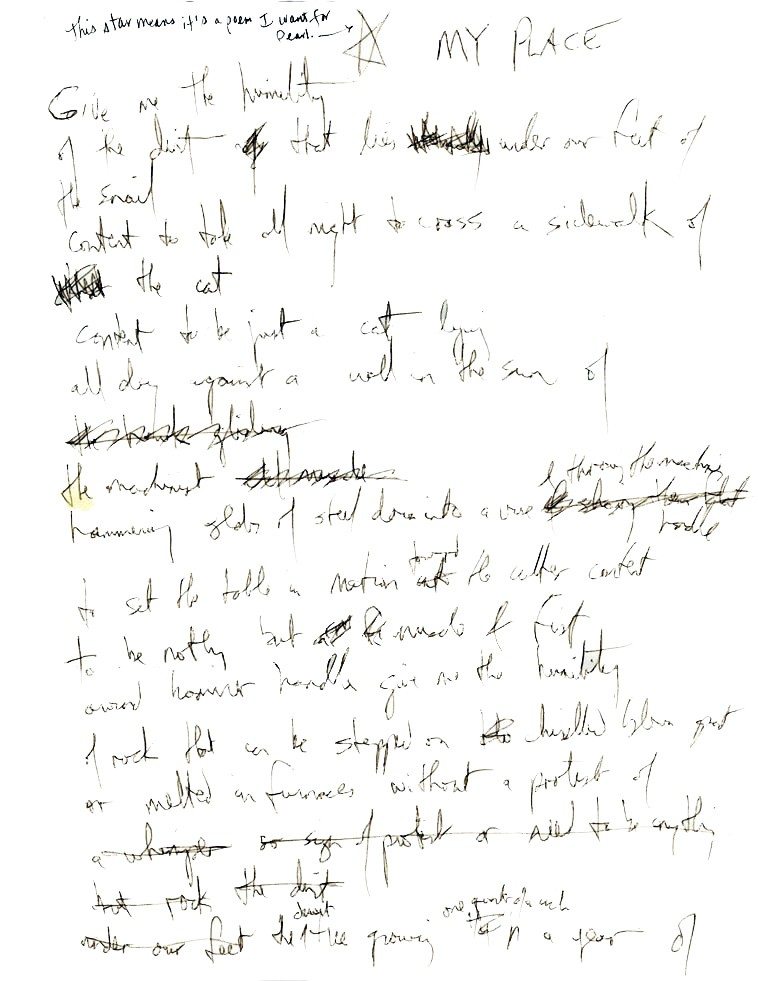 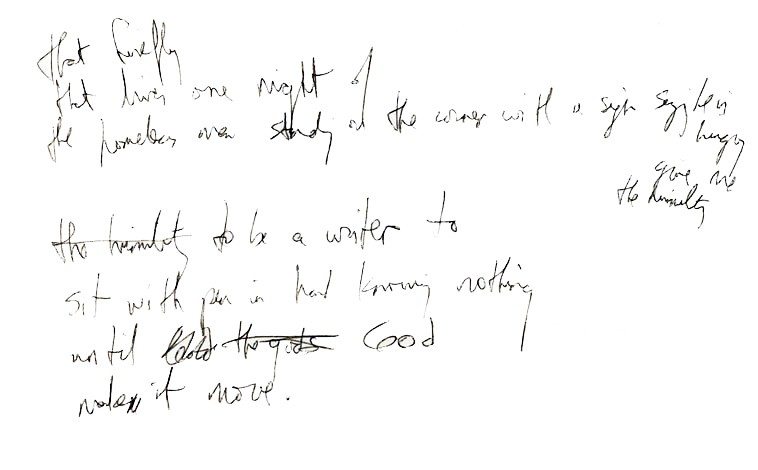 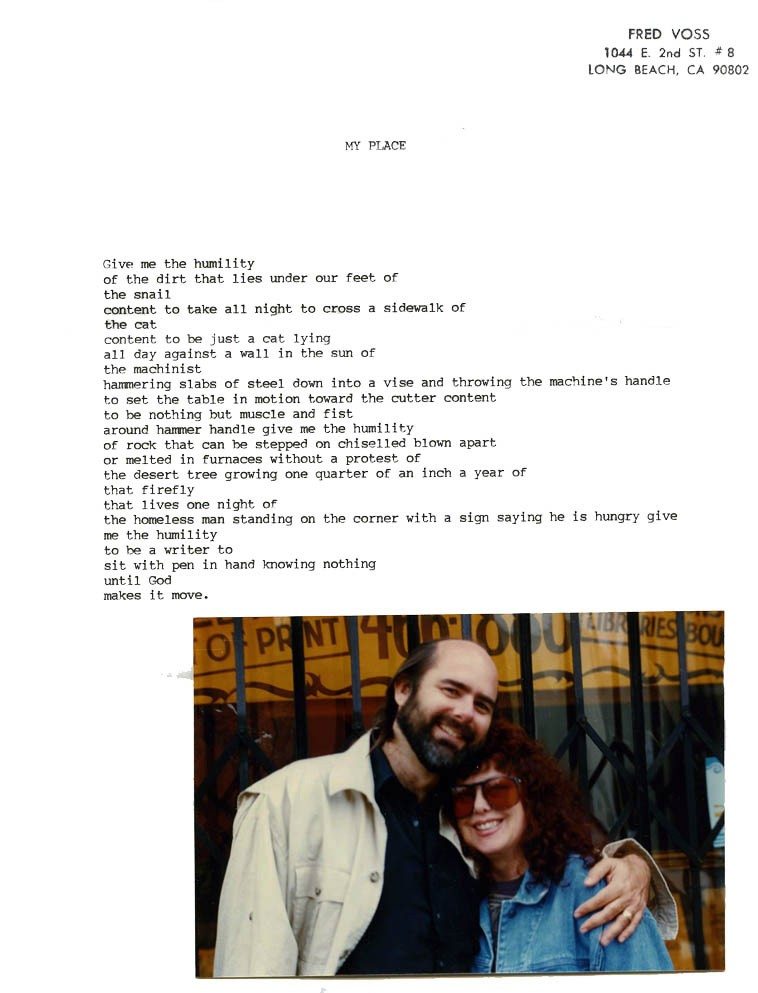 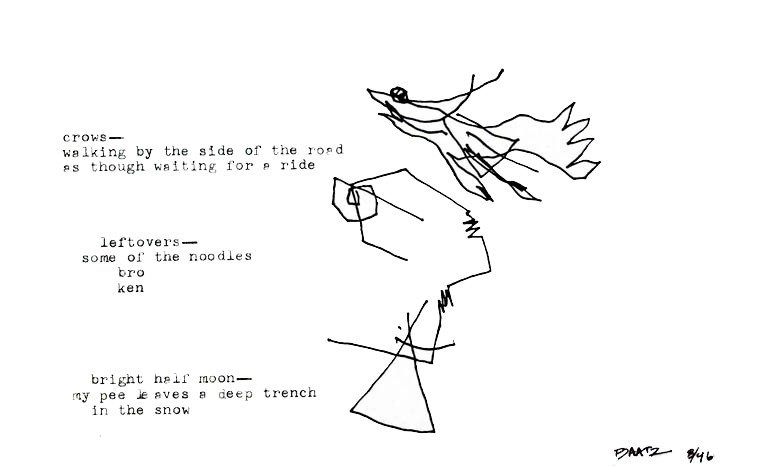 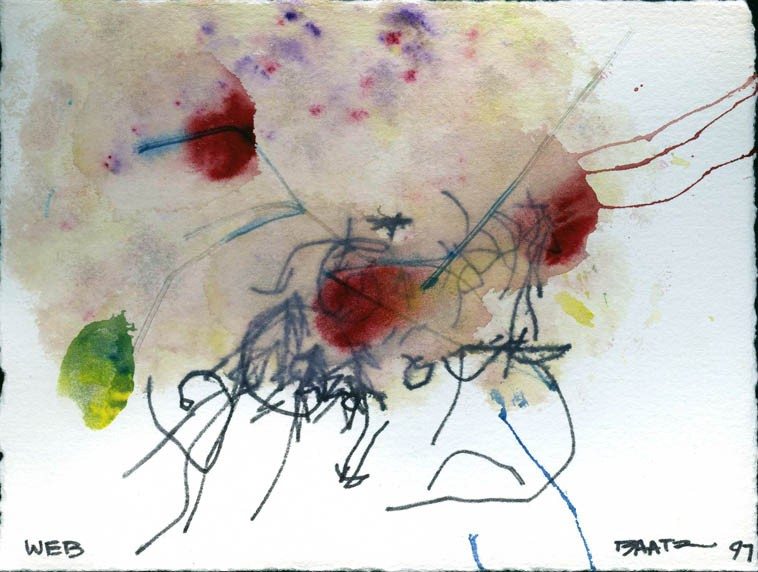 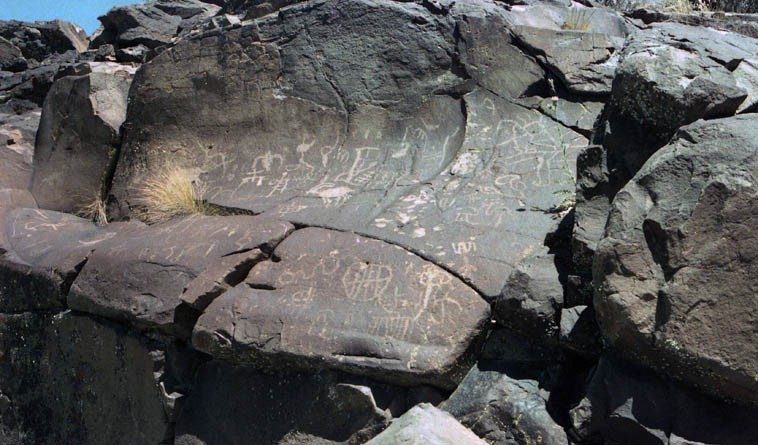 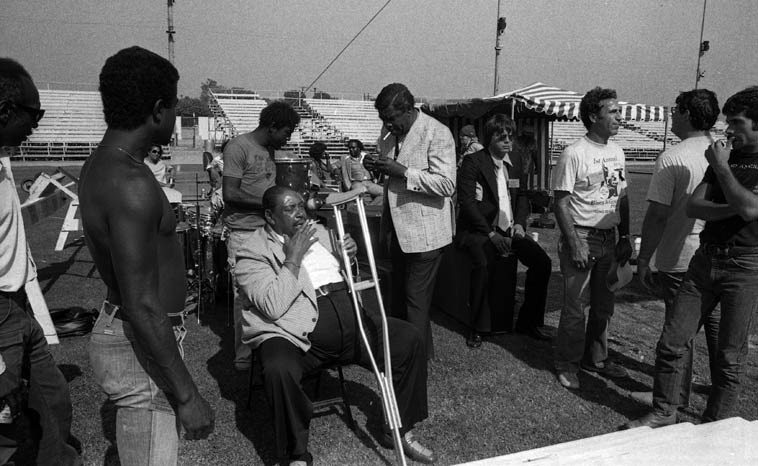 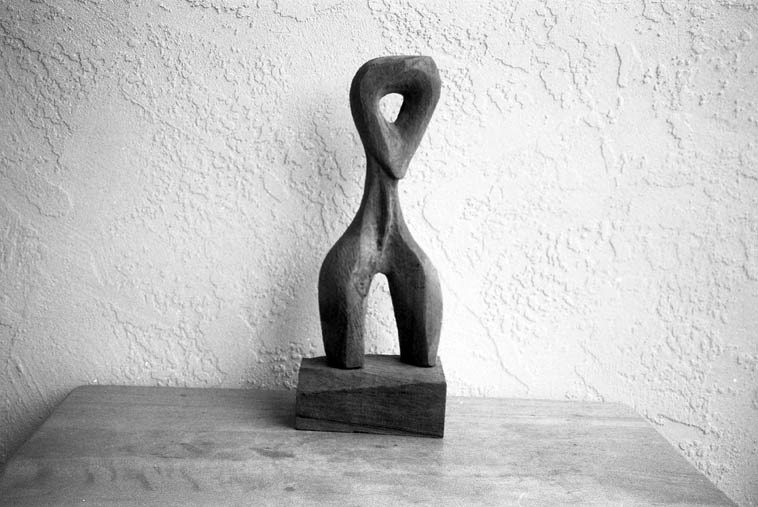