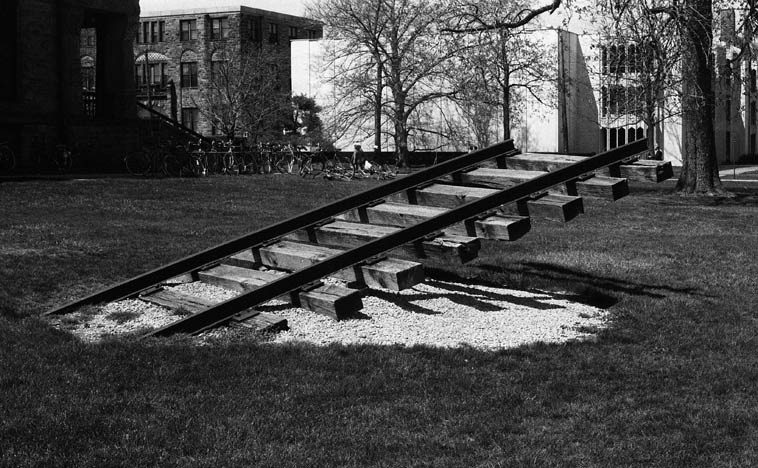 Our teachers not only explain things
and point out various knowledge,
they model behavior, show us
how to act ——–

I could say that you could learn from a bird, a cloud,
a cat, but that would be too specious, even if
this is a poem —-
You need something more directly meaningful:

You need something tangible, sometimes
mere intelligence isn’t enough, we need good people
to teach us, people with boundless spirit ——

As well, we can learn from bad moves: We see
someone muck things up and we make note not
to step in that mess ourselves ——

A good teacher knows there are no absolutes ——

In the same way the teacher is not the teachings:
The teacher points the way 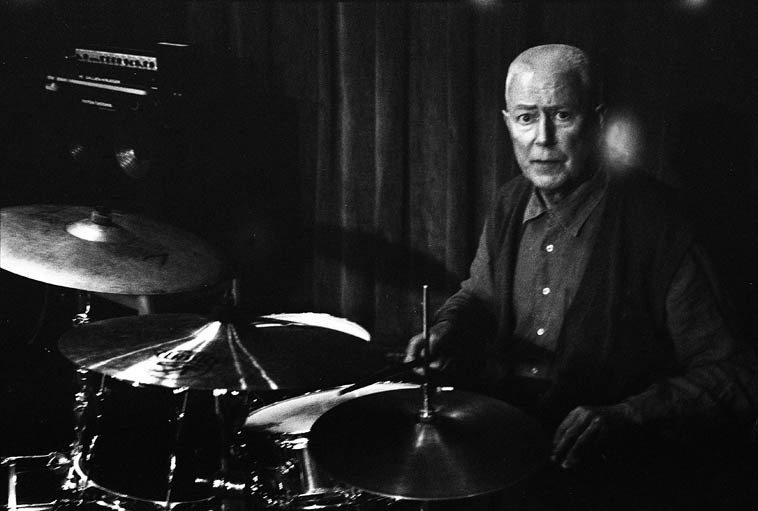 Han Bennink —- This shot must be during soundcheck because I certainly wasn’t crawling around on stage during the performance — ICP in Albuquerque at Outpost Performance Space — March 17, 2oo3 —- photo by Mark Weber 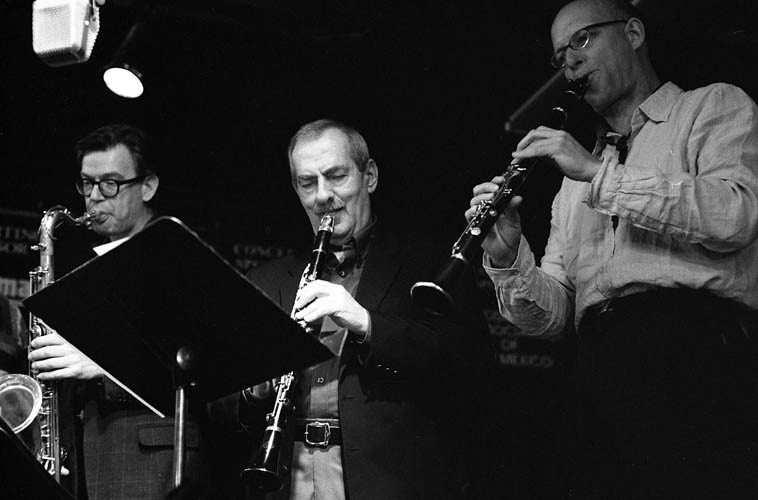 Kenny Davern as member of the ICP —- March 17, 2003 —- Outpost Performance Space, Albuquerque —- KD flanked by Ab Baars and Michael Moore —- photo by Mark Weber —- One wonders when they’re going to release the recordings of this incredible evening? 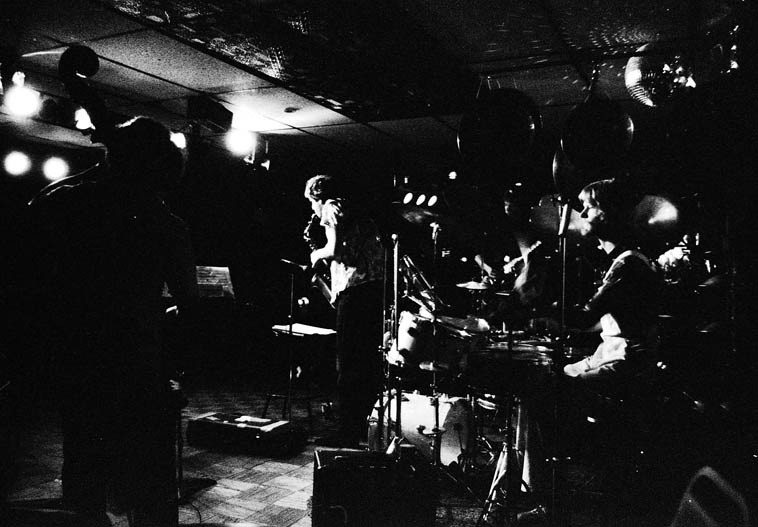 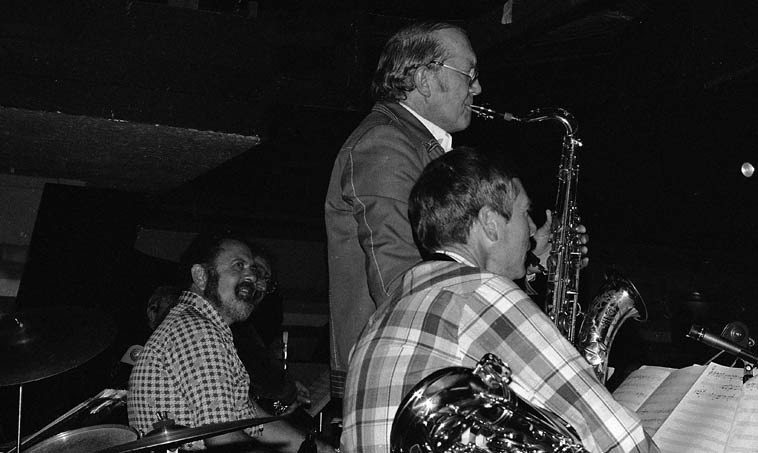 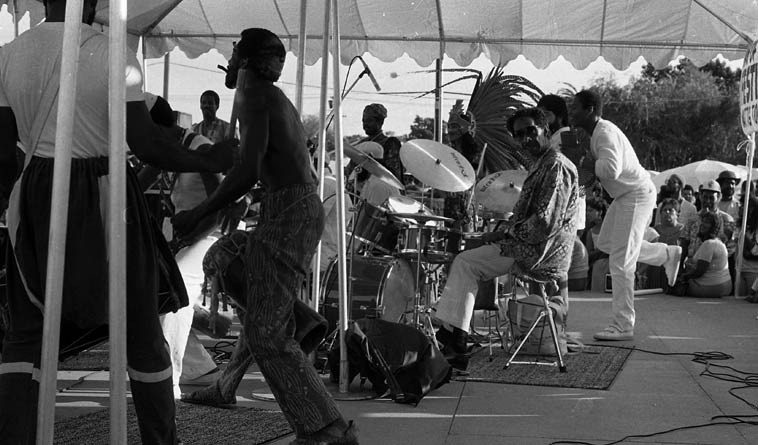 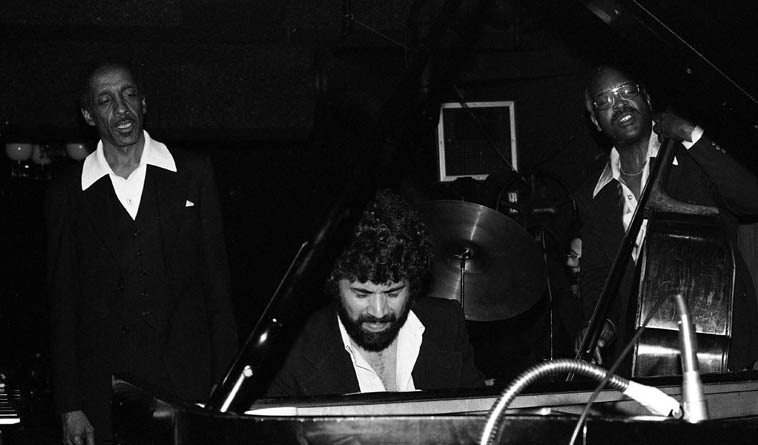 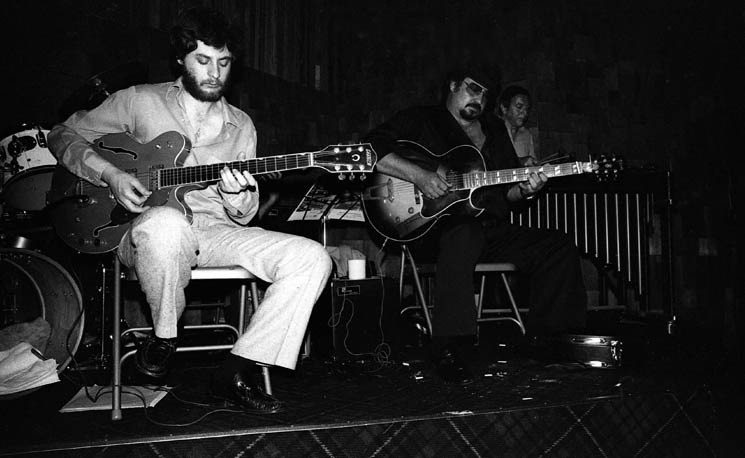 Tommy Tedesco Quintet — May 17, 1980 at Two Dollar Bills, Franklin Street, Hollywood CA — photo by Mark Weber ——– If you get a chance catch the documentary THE WRECKING CREW (2o14) produced by Tommy’s son Denny with behind-the-scenes background on the Hollywood studio scene of the 1960s & 70s 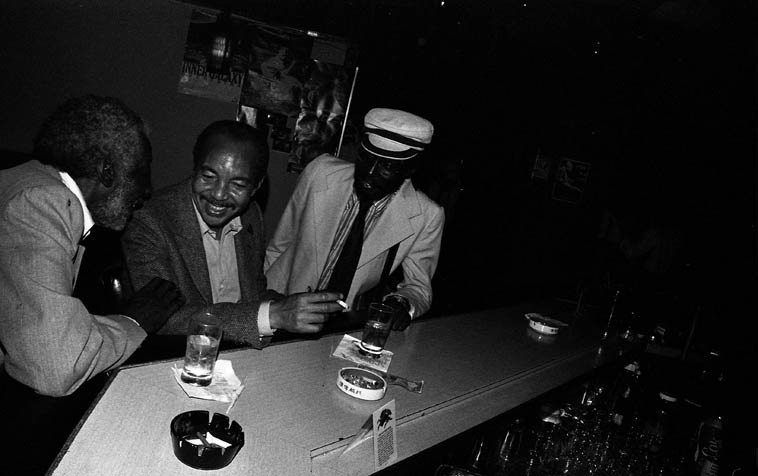 Freddie Hill, Harold Land, Martin Banks —- May 10, 1981 — Los Angeles — photo by Mark Weber — Freddie and Martin were trumpet players, Freddie had a smokin’ bop sextet with trombonist Lou Blackburn that included Horace Tapscott that made a couple albums in 1963 (we’ll spin some of it on the airwaves) —- Martin made records with everyone from Dexter to Sun Ra — this photo always reminds me of how my colleague Kirk Silsbee personified Harold as “the Dapper Buddhist” 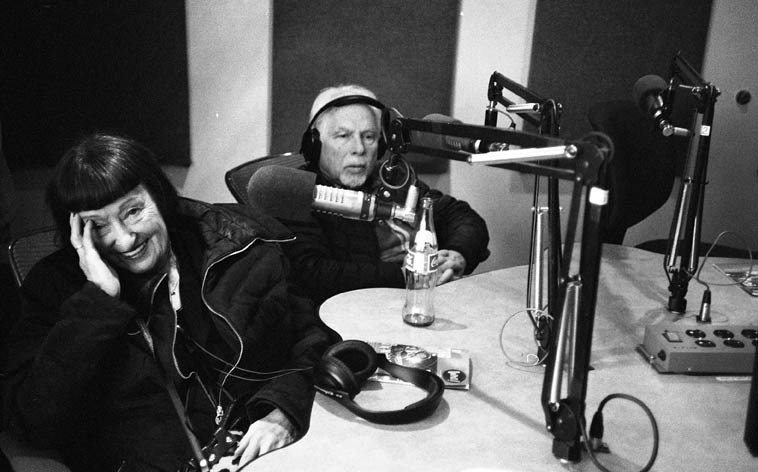 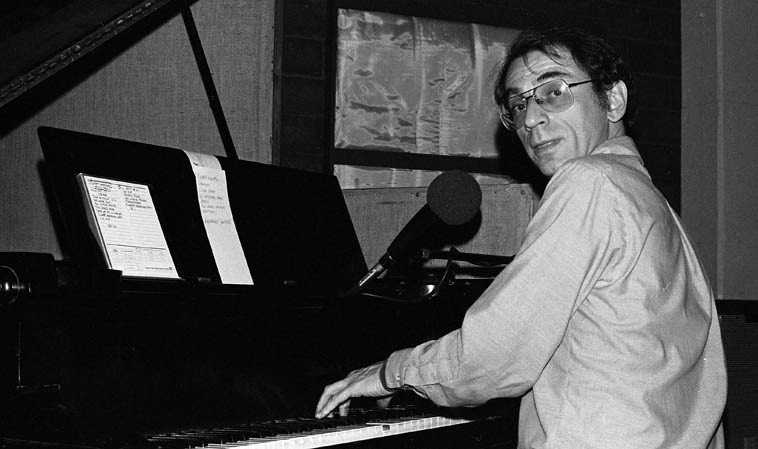 Dave Frishberg at KPFK live broadcast from Studio A on John Breckow’s all-night jazz radio show — May 27, 1979 — photo by Mark Weber — Dave lived in Los Angeles (presumably in the Valley?) 1971-1986 (currently resides up the coast in Portland) —- this night after an evening of Prez Conference at Donte’s we popped in at KPFK (drive down Lankershim hang a left into Cahuenga Pass) and there’s Dave Frishberg telling great stories about his days with Al & Zoot —- He had his home-grown rolled in peculiar papers that were 5-inches long (remember Zig-Zags were something like 3) he called this crop “Van Nuys Silver” 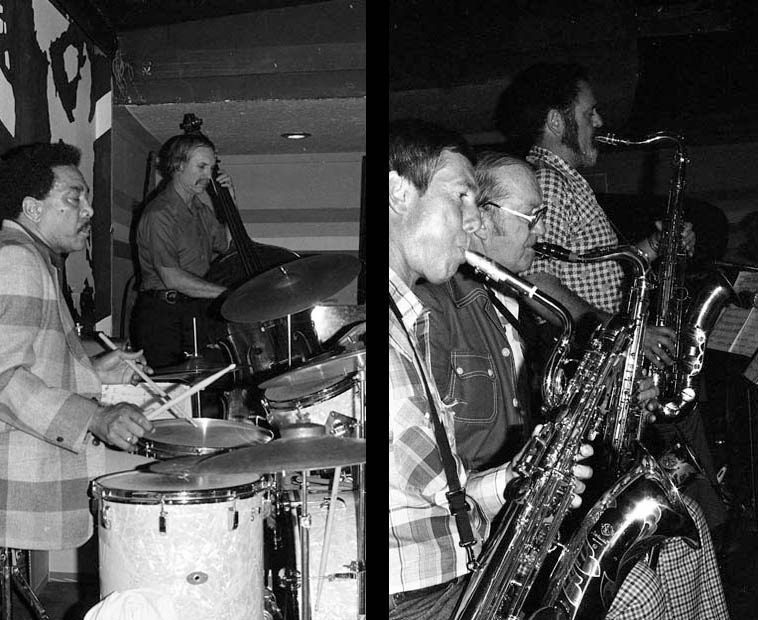 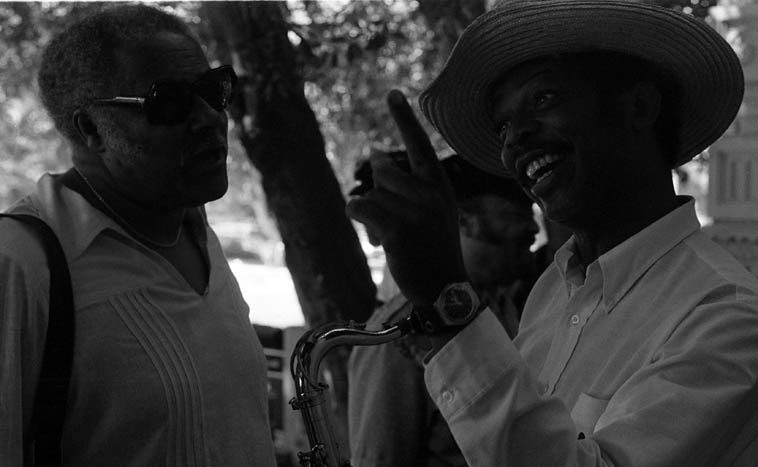 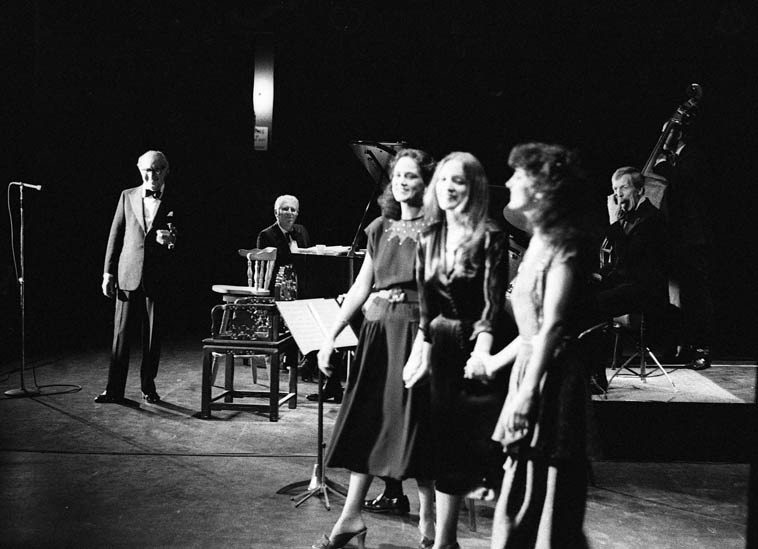 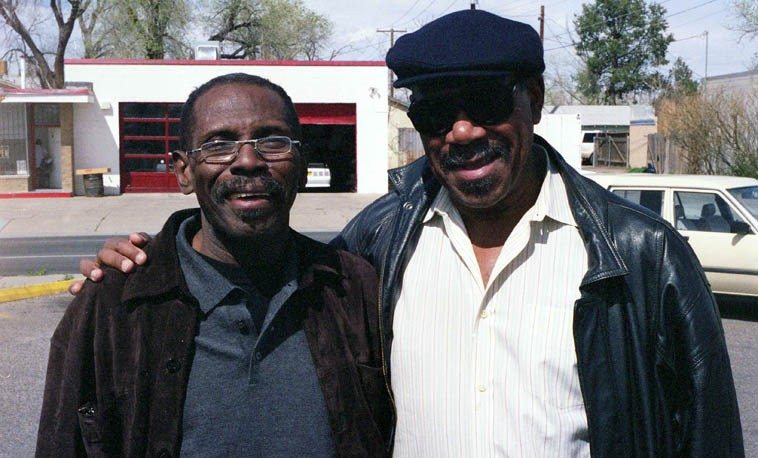 George Cables & Sonny Fortune in town for a Quintet gig with Frank Morgan — This is their day off and we were driving around checking out the sights — Albuquerque — May 24, 2003 — photo by Mark Weber