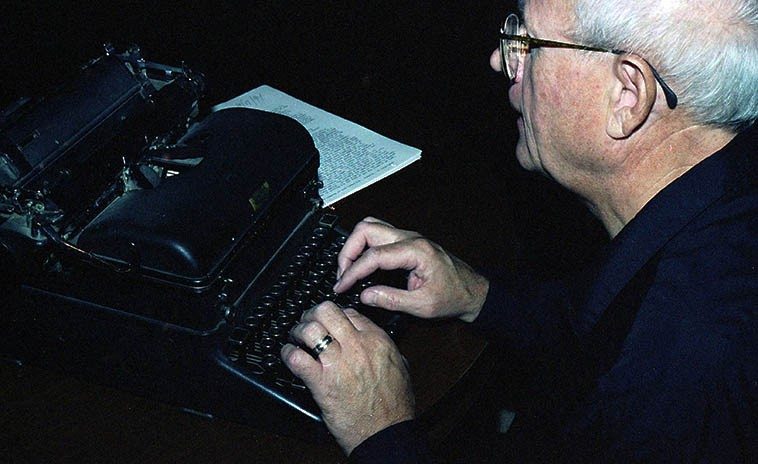 I took over that Thursday afternoon jazz show in September 1996 and after awhile I started bringing Todd on the show to read poems in between jazz tunes —– his short poems are tailor-made for radio —– even the double-CD we made DILLINGER (Zerx 039)(1996-1997) was radio broadcasts.

Somewhere along the line we decided to refine the poetry + jazz thing. At first I called it Crime Jazz (I used this term way before Rhino came out with their compilation of the same name) and our first show must have been around 2002? I’ll have to look it up. Eventually we realized that Noir themes and Crime themes were two different shows, so we’d do each a little different. We must have did a dozen of these Noir-like shows, with lurid jazz solos, and lamppost sax on a foggy night.

In pre-production Todd would write about 30 or 40 poems, then we’d go to lunch at a souper salad joint (I can’t drive past that place w/o remembering those production meetings with Todd — we’d stay at table for a couple hours) ———- so, he’d read the poems to me across the table and then hand them to me and I’d put them into two piles, one were keepers (we only needed 20 poems tops), and out the door we’d go.

We’d be in tears laughing so hard during the show, it was intense. At the top of show before we’d start I’d say to Todd sitting across the console from me with headphones on, “I’ll see you in 90 minutes” we had to really concentrate —— but, laughter would take over. Like when he’d read some heinous poem about a gunned-down soul, I’d play Sinatra “It’s a lonesome old town without you” or Mancini or Buddy Morrow or Johnny Mandell or “Don’t Explain” or Alex North or “Touch of Evil” —- it took as a half dozen shows to get the kinks out but once we got it right they were some of the best things on radio, no lie. We’d laugh because they don’t give awards to that sort of content, but we kicked ass.

I remember on the show we called The Jimmy Cagney Memorial Jazz Radio show (July 3, 2008) that we decided in our on-mike patter to talk like Hollywood movie gangsters with cliche’d grumbly gravelly voices, and I said to Todd showing him an album cover of Julie London (we’d play her “Cry Me a River”) and growled, “Look at this broad, Todd, man, she’d make fish swim in circles” AND OUR poor station manager was in damage control over all the blowback for weeks (I have no talent for dealing with disgruntled listeners, so RT does that for me)—-(In fact, RT, loved Todd on the radio and when I’d give him advance notice that Todd was coming in, he’d say Thanks for the warning I’ll take my phone off the hook, ha ha ha).

Another great Frank song was his “It’s a Blue World (without you)” — I might be confusing this lyric with the afore-mentioned Frank song (Sinatra is always only “Frank” on my show) but you get the idea.

Another time, after pondering Todd’s take on the world, I decided to see just how far he could go into this horrendous blood-drenched world, and with my producer hat on asked him to come up with the most gawd-awful horrific gruesome brutal evil unspeakable poems he could bring into existence — and this of course could never be over-the-air, but I got about 4 musicians and one night took Todd into a studio and we put about an hour on tape (DAT was in use then) ——– one of the musicians said he almost threw up it was so horrid————I have that session around here somewhere, it’ll curdle your hair. Todd was something else. 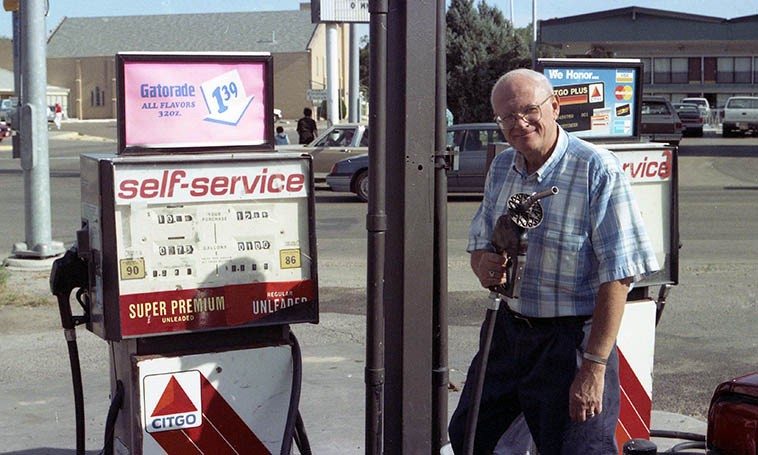 Todd Moore — Dalhart, Texas — August 6, 1994 — photo by Mark Weber —— I believe we were on our way to Poetry Rendezvous in Great Bend, Kansas 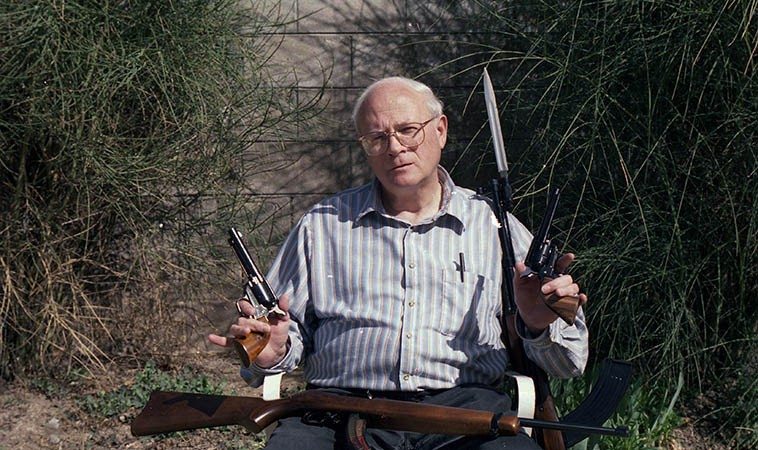 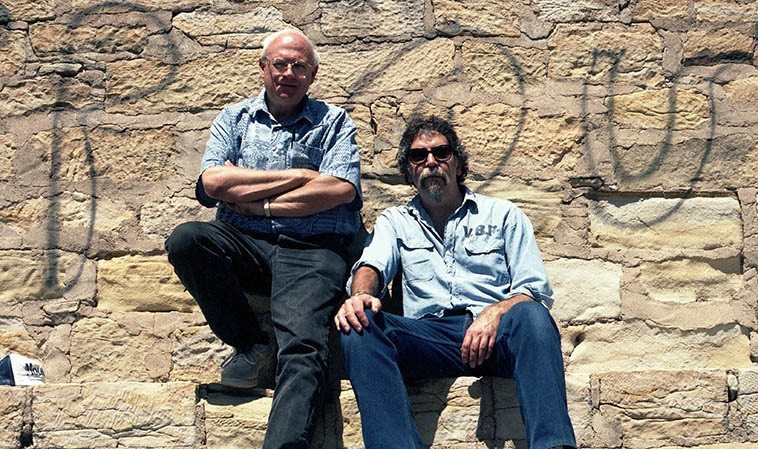 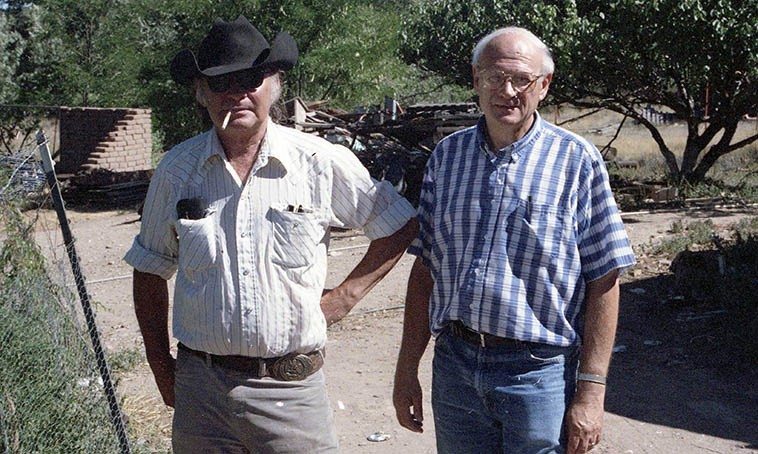 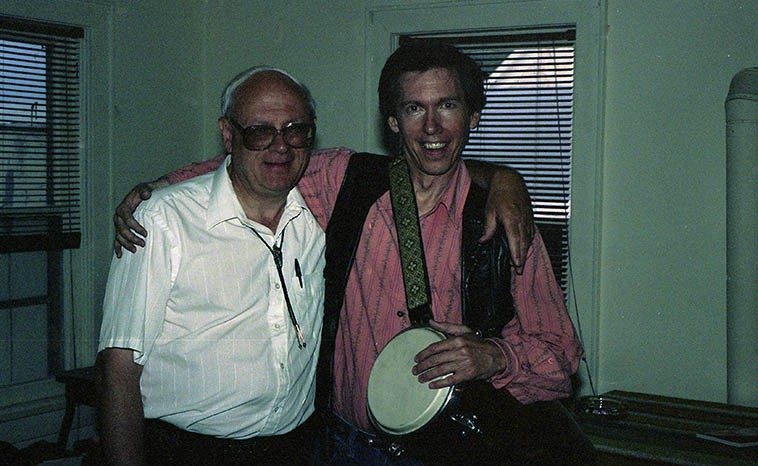 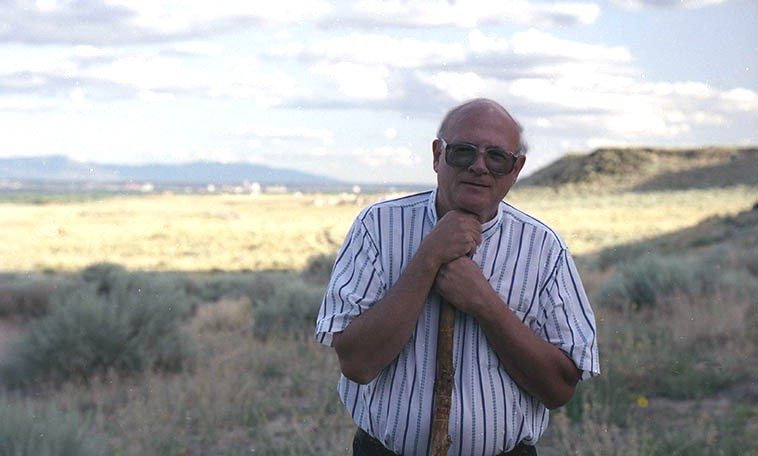 Todd Moore on the West Mesa with Albuquerque in the background — July 13, 1992 — photo by Mark Weber 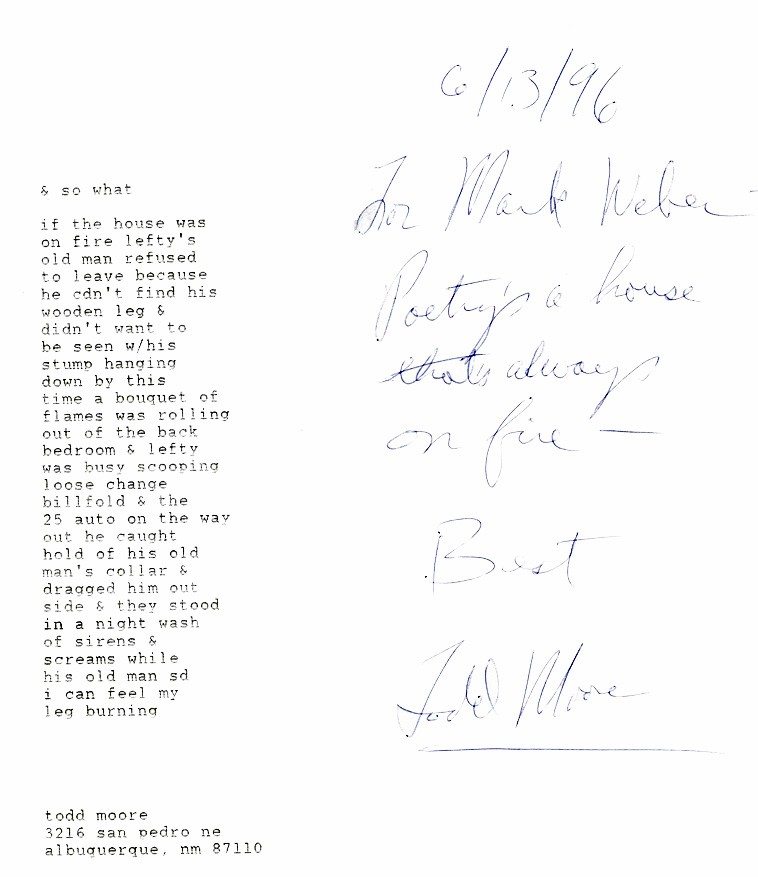