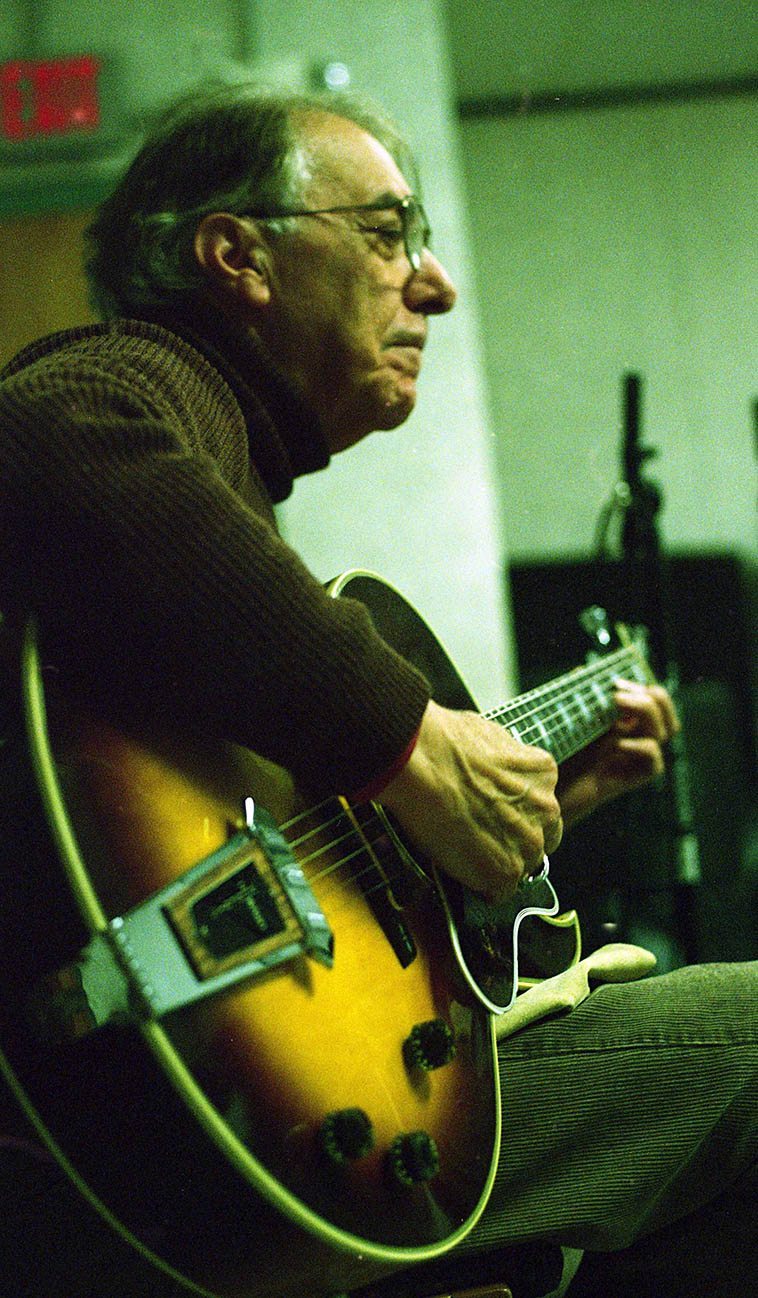 Michael Anthony, one of Santa’s little helpers will be in-studio Live with us on this show running down some jazz standards and some Christmas jingles —- photo by Mark Weber — February 15, 2o13

Temporality . . . .
How did Einstein figure out that time is bent by space?
That time is slowed down by speed? (This certainly explains Charlie Parker.)
Space is bent by mass causing gravity.
Which explains why Professor Zoot Sims learned to slingshot time
to catch up with Louis Armstrong. It’s all relative. 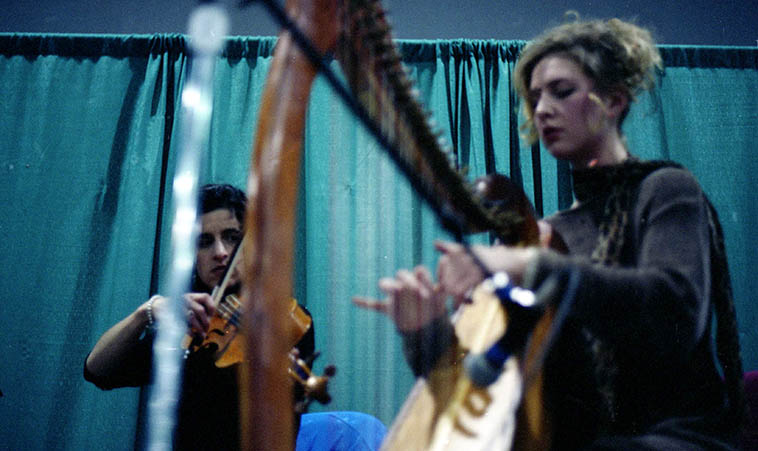 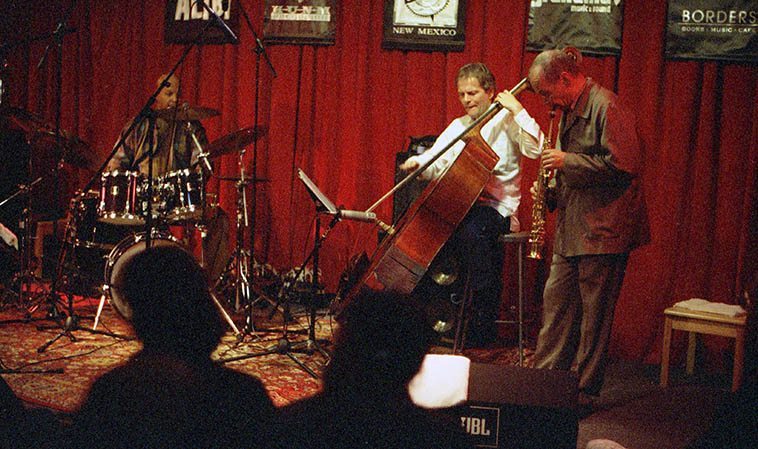 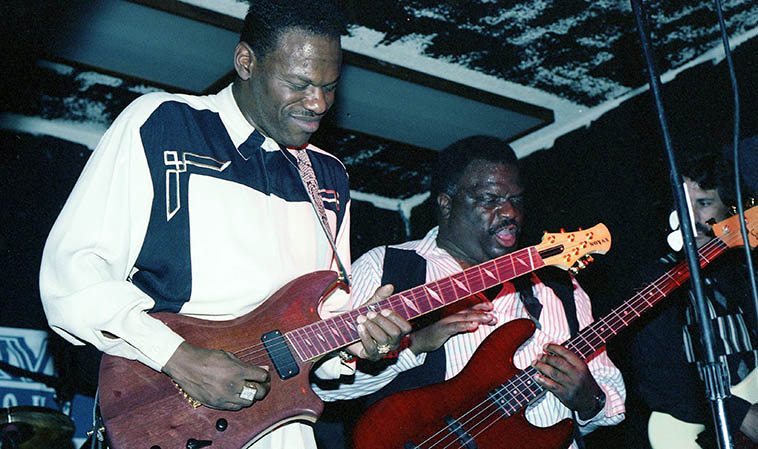 Joe Louis Walker & The Boss Talkers — September 30, 1995 at the Dingo Bar, Albuquerque — photo by Mark Weber —- I love how in the middle of a solo Joe will focus down on one line and repeat it over & over looping & broadcasting hypnotically this one line, it seems to freeze everything in space, transfixing the moment until he breaks loose and rips a hole in the fabric of time, everything going up in flames 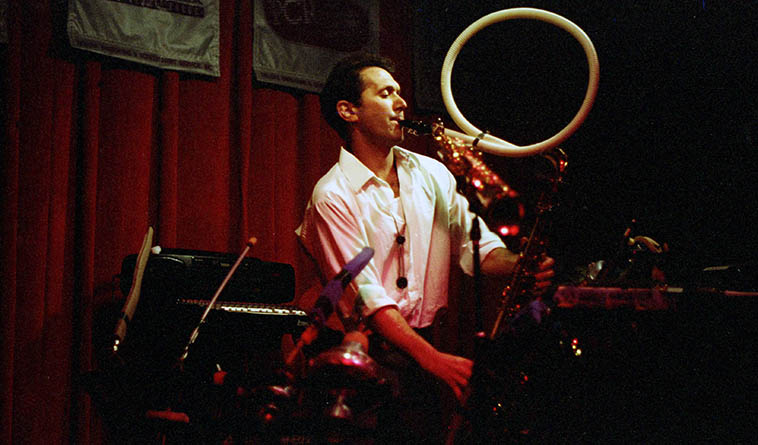 All along the watchtower, keeping the boundaries & marches wide open: Tom Guralnick solo with his Mobile Saxophone & Mute Unit —- May 19, 1995 in performance at old Outpost Performance Space —- photo by Mark Weber 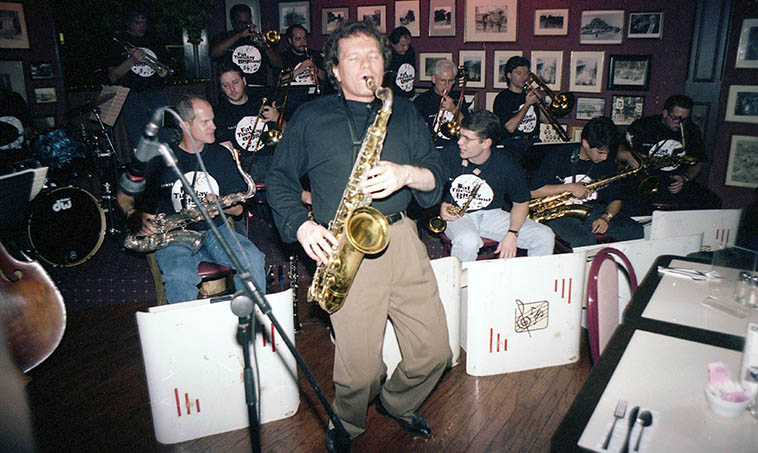 Ernie Krivda leaning into his King tenor with his Fat Tuesday Big Band — November 15, 1994 at Mr. Z’s, 3312 W. 117th Street, on the West Side of Cleveland, Ohio — photo by Mark Weber ——- We’ll dig into Ernie’s smoking new cd REQUIEM FOR A JAZZ LADY (Capri Records)(King saxophones were made in Cleveland) 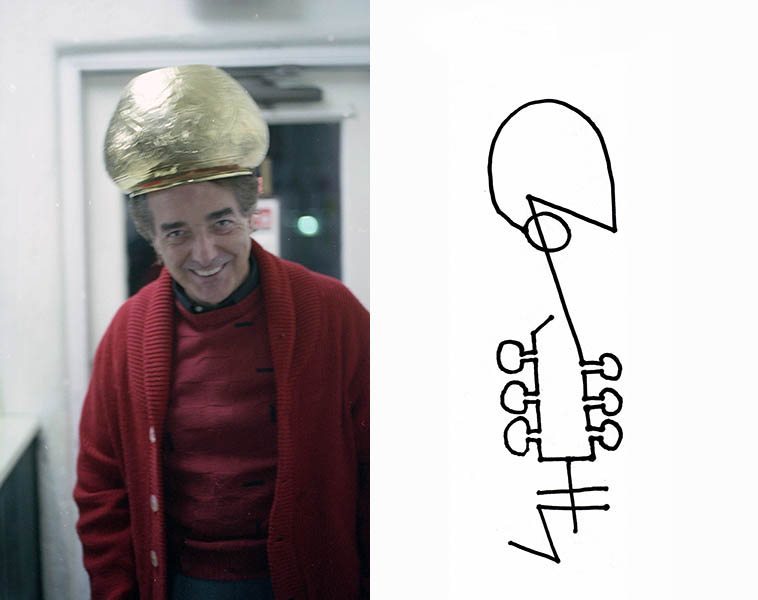 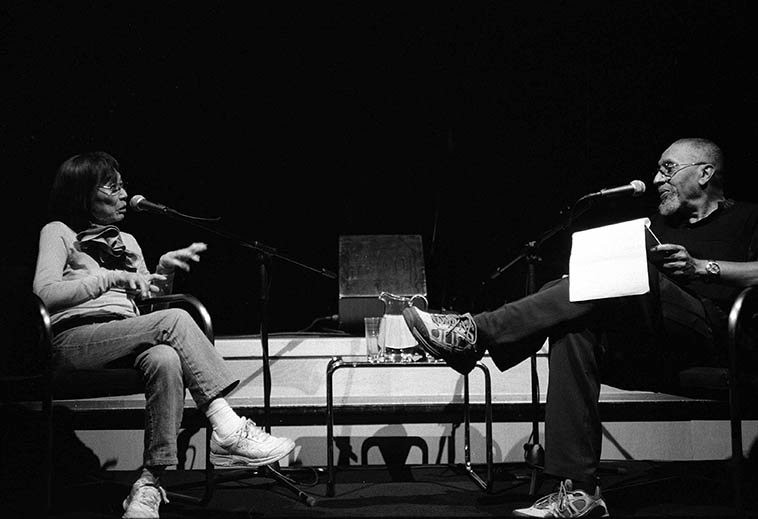 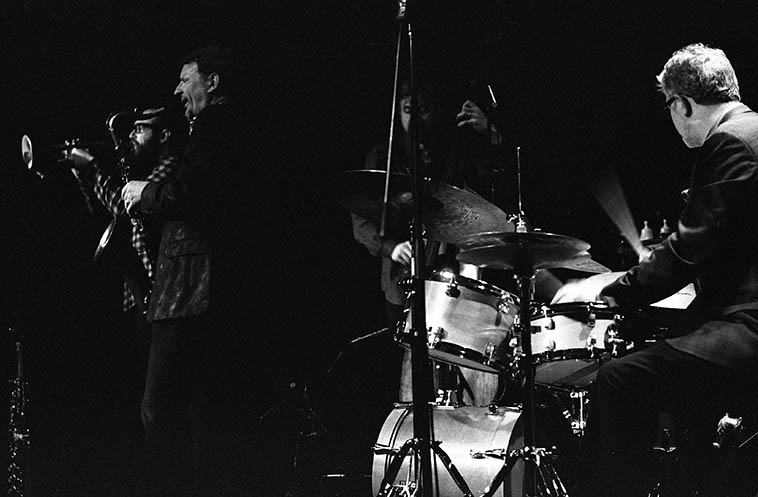 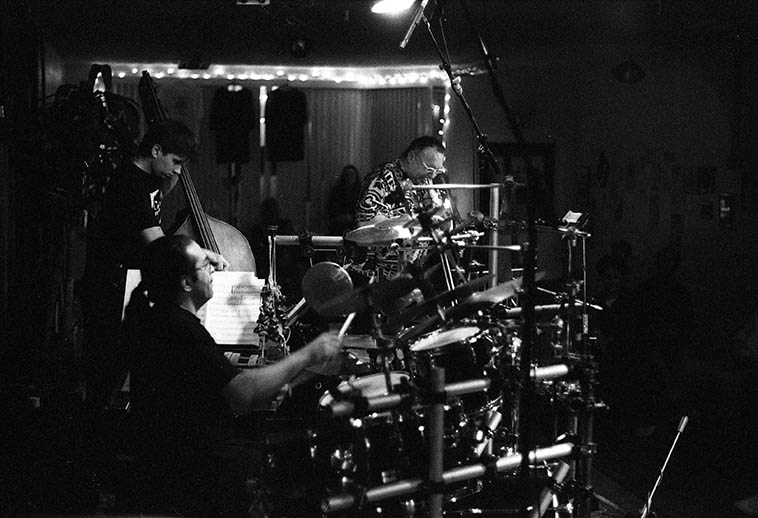 Michael Vlatkovich Trio at the old Outpost Performance Space — November 1, 1999 — Chris Garcia, drums; Anders Swanson, bass; and Michael Vlatkovich, the only person on this planet to play with both women named Peggy Lee, the torch singer and the modernist cellist — photo by Mark Weber —- Today on the radio show we’ll listen to some of Michael’s arrangements on Christmas tunes for multiple trombones 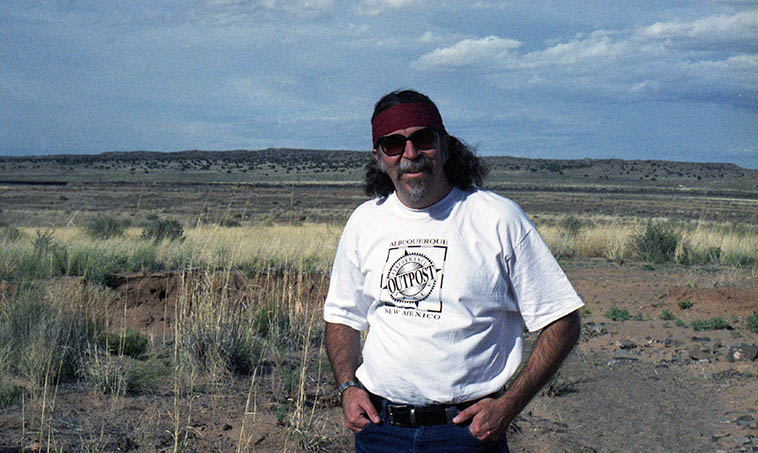 That’s me on the day we decided to go investigate the Los Lunas Mystery Stone — April 30, 1995 — photo by Janet Simon — 35 miles south of Albuquerque — In some distant time, longer ago than two millennia, mariners from the Mediterranean, in wetter times, made their way up the Rio Grande (and then to the Rio Puerco) and left an inscription on a rock in a small vale of Hidden Mountain carved in a Phoenician tongue the Decalogue of the Israelites 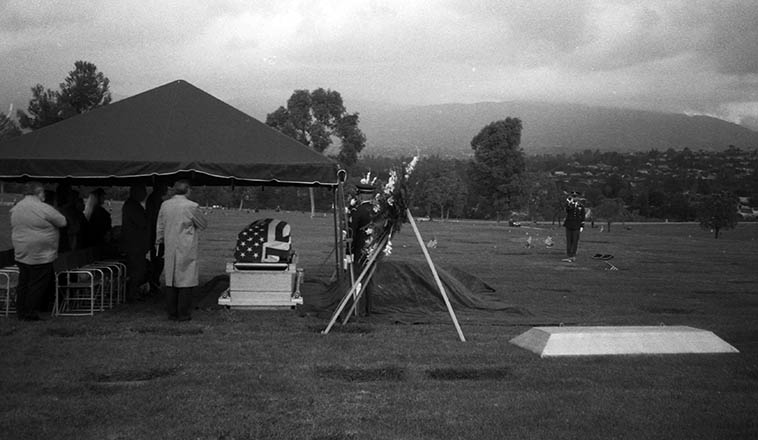 Taps in the late morning: My father’s funeral — December 13, 2o12 Forest Lawn, Covina Hills, California —- I grew up under those San Gabriel Mountains just east of Los Angeles —- My dad was a veteran of the Korean War where he fought on the 38th parallel in 1951 before it became an entrenched war — I have his CIB and his Purple Heart — an infantryman in the U.S. Army receives a Combat Infantry Badge for engagements under fire for over 90 straight days, according to Col. David Hackworth, probably the most telling decoration you can receive —- on the evening of March 6, 1952 he was in a chow line in a trench when Zhou Enlai’s guys lobbed a mortar over Hill 851 and killed most of the soldiers in that chow line, my dad took shrapnel in his knee and was not suppose to be able to walk again, but he did, becoming a mailman —- My dad paid close attention to politics for the rest of his life, being on the front lines in battle has a way of politicizing a person — He was what I call a Goldwater Republican (in 1964 he took me to hear Barry Goldwater stump for Presidency) —- I also save the piece of shrapnel —- photo by Mark Weber