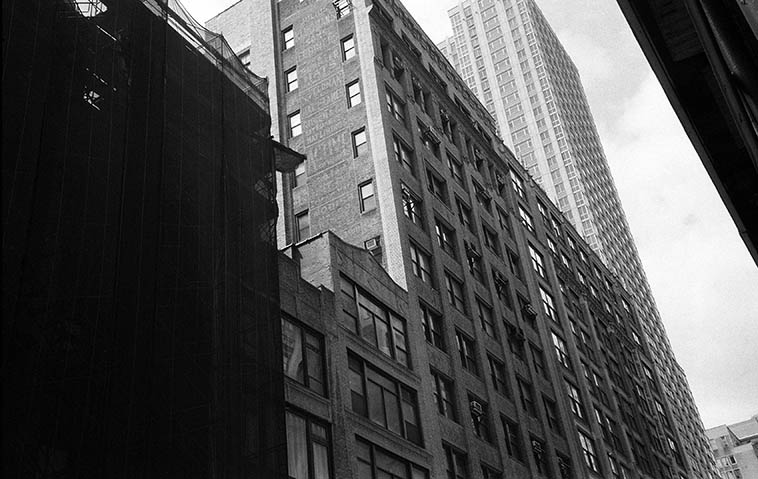 TONE IS THE THING

Tone has become more and more important to me, at this stage
of my life. The sound has become

central to my aesthetic preference.

Now I know why our teachers so long ago always stressed tone.

Certain other things have changed, as well:

I was telling Bobby Bradford how I have become able to single out notes
so much better now than when I was younger —– that I can literally hear a
note and walk across the room to the piano and nail it, whereas, when I was younger
I had to search to locate it, and I had trouble finding the key center, and maybe that
was because I heard so much more in a note than now, could hear all the over-tones
and all everything that that one note encompasses (there is a universe of sound in one note) —–
Bradford concurred that yes our hearing gets more exact with age, probably because
we lose parts of our hearing apparatus.

Also, at the same time I have become sensitive to loud sounds (I’m avoiding calling
them noises) —— I hope I’m not coming down with hyeracusis, that condition that
Charlie Haden was afflicted in his last years —- I have come to call my situation
incipient incipient hyperacusis and pray it never fully recipients.

I guess I like what they call a mellow tone. It all comes back to my philosophy that
an artist’s path is toward calm. To reach serenity, tranquility, quietude, calmness,
to leave
all the agitation of the world behind.

I’m proud of my ability to listen.

But, enough about me.

When the occasion arises that someone asks how to listen to jazz I tell them two
things. (We’re at a concert in this.)
1) listen to at least one song during the concert
with you eyes closed.
2) Single out one instrument and either pretend you are that
instrument or listen closely to how that musician is collaborating with the rest of the band,
only focus on that one instrument. I don’t bother to tell them that over time they’ll eventually
learn how to listen to all 4 or 5 or 6 instruments in the small group jazz contrapuntal universe,
that just comes naturally with practice.
Listening takes practice. 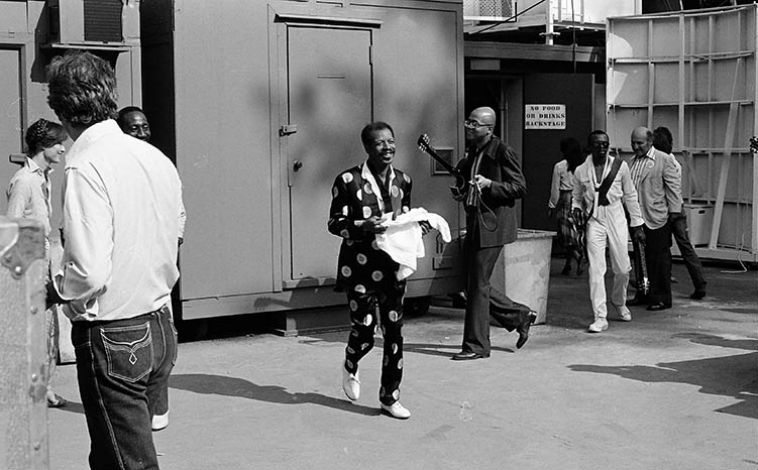 Ornette Coleman & Prime Time coming off stage of Hollywood Bowl — June 19, 1982 Playboy Jazz Festival — photo by Mark Weber —— I recently reread THE BATTLE OF THE FIVE SPOT: ORNETTE COLEMAN AND THE NEW YORK JAZZ FIELD(2006, 2014) by David Neil Lee, and distance (50+ years) is ideal for historical perspective. This study endeavors to quantify how the opinions and conventions and peer pressure and the dynamics of right place, right time, came together, for better or worse, and how Ornette withstood the powder keg barrage simply because he truly had something of worth to add to jazz. The ground zero paragraph (among many) in this very good book happens on page 34: “The more populist tendencies of hard bop, the art music experiments of Third Stream, and the tempered bebop style of cool jazz were all attempts to forge a jazz identity that could move outside of the influence of Charlie Parker. The idea of a technical development of jazz, onward and upward, was stalled behind a barrier of technique.” 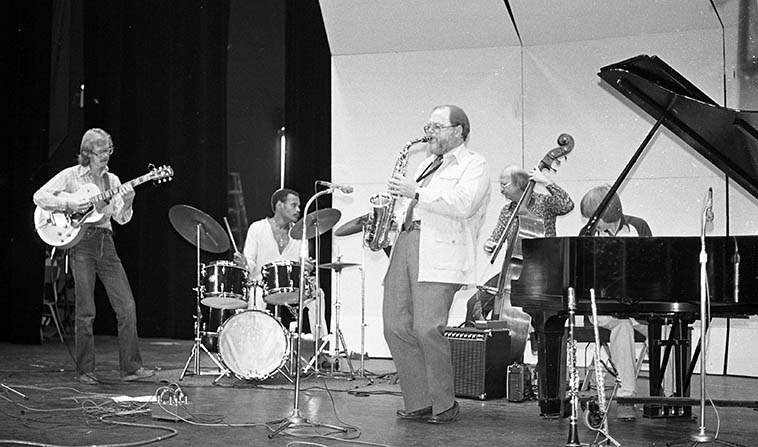 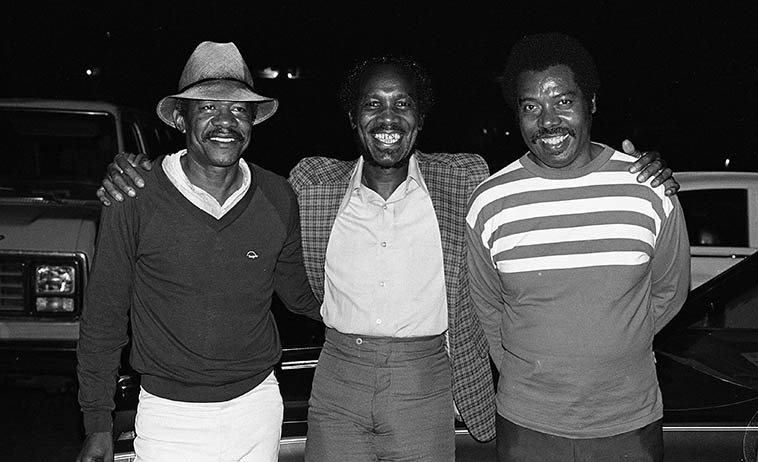 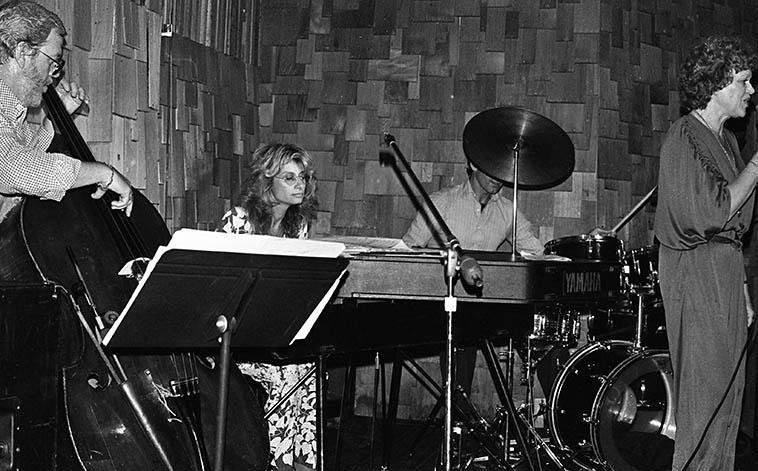 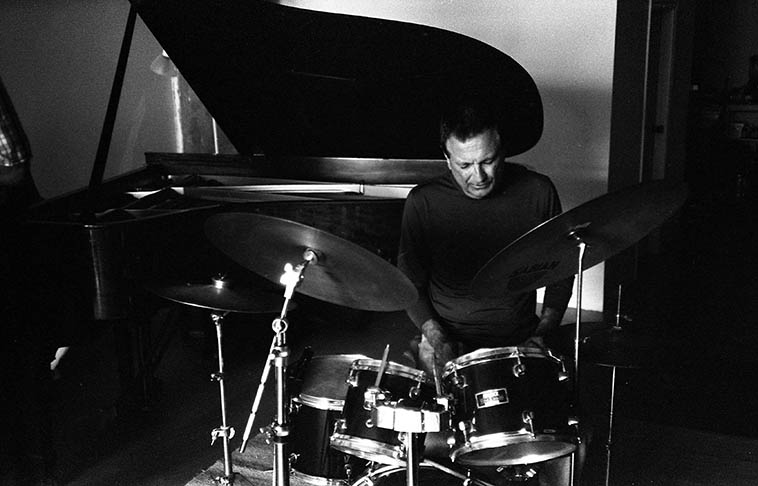 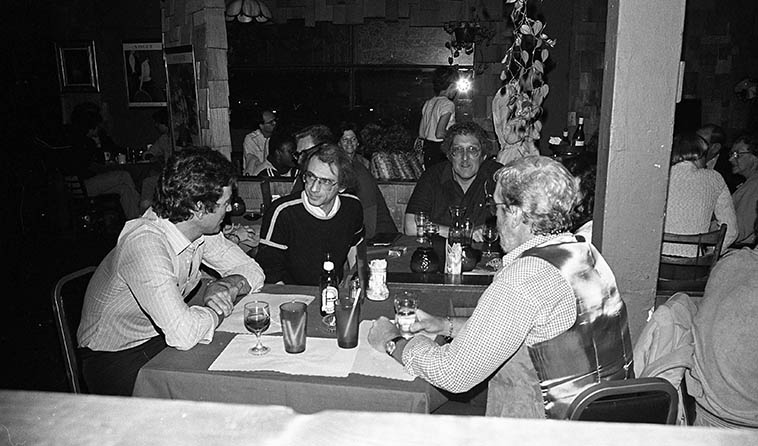 At the table next to mine: Al Cecchi, Dave Frishberg, Bob Hardaway, Wolfgang Melz —- April 18, 1980 — photo by Mark Weber —- Bob Hardaway had such a beautiful Lestorian tone on tenor sax, straight out of the West Coast cool easy sound . . . . . . I sure wish he would have made more records, he spent most of his career in the show band of Ray Anthony and made only one album under his own name, of which we’ll be spinning today. He was also in the section of Woody Herman’s band in 1956 (Third Herd), and married to Pinky Winters. 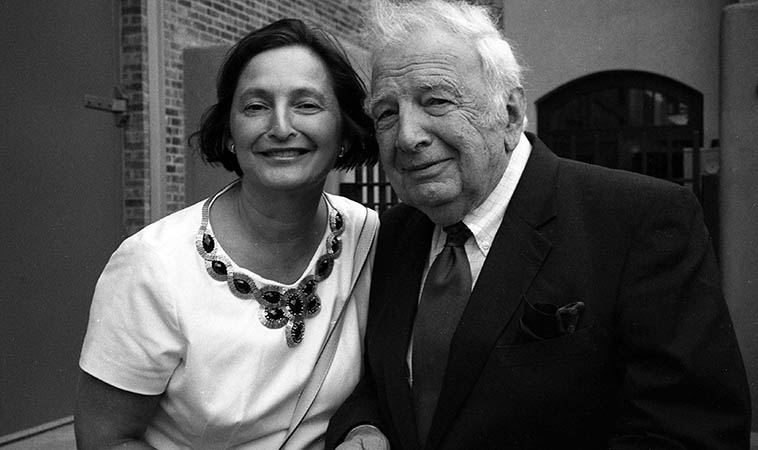 Guitarist Mary Pizzarelli and her father Bucky in Santa Fe —- July 29, 2o11 — photo by Mark Weber —- Just to let Bucky know we’re thinking of him (he had a stroke in early November) 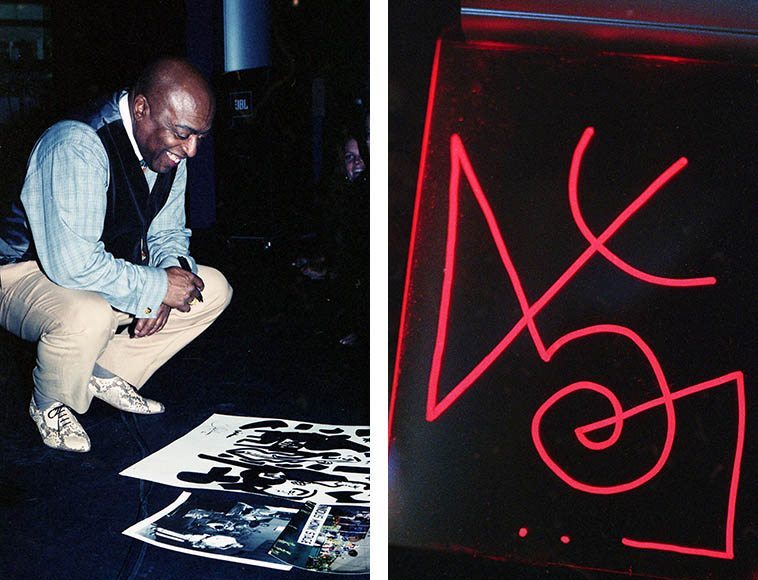 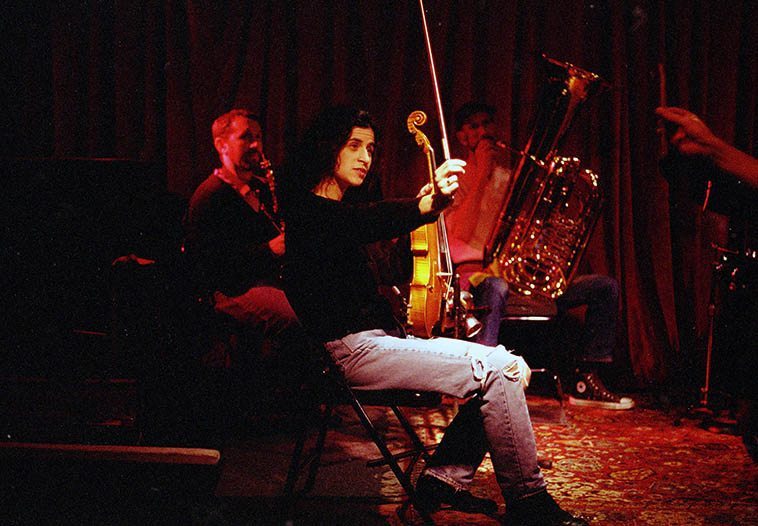 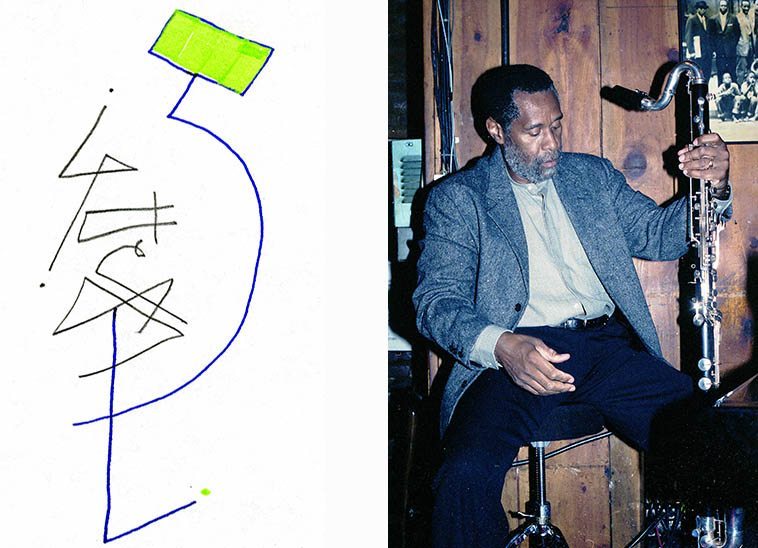 We were sitting in the front and when I pointed to Bennie Maupin’s bass clarinet and said to my sister-in-law Paula: “Bitches Brew” she thought about it a minute and then her eyes widened and I said that’s the bass clarinet on Miles’ record —— Sweet Basil’s, NYC — September 1, 1996 — Andrew Hill Quartet: Pheeroan Aklaff, drums, Rufus Reid, bass; Maupin, soprano & tenor saxophones and bass clarinet ——photo by Mark Weber 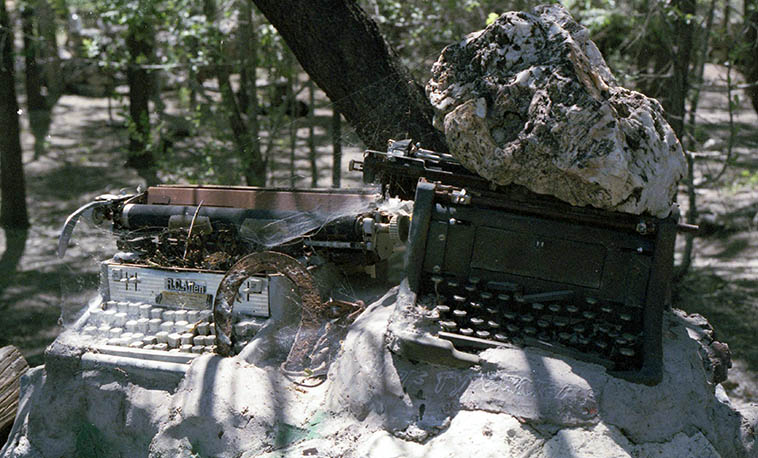 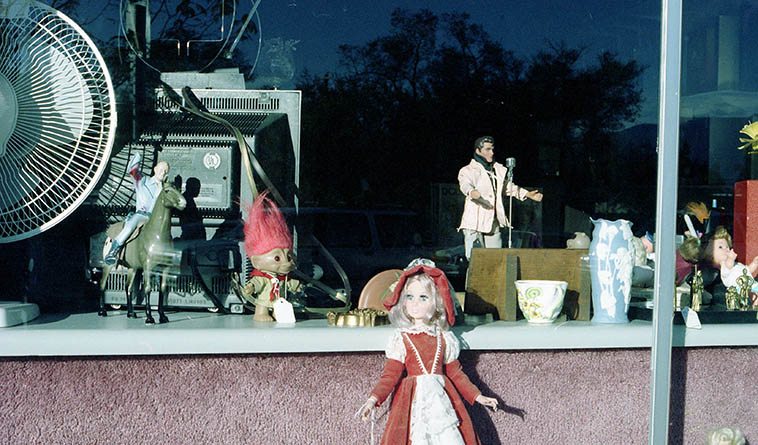