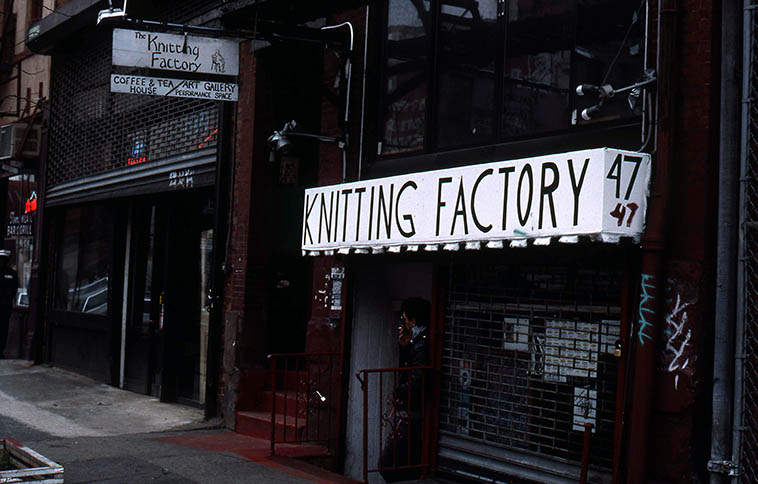 Knitting Factory at it’s first location: 47 E. Houston on the Lower East Side NYC (between Bowery and Broadway) — December 1988 — photo by Mark Weber — Michael Dorf’s tales of these early years at this location are harrowing (google> History of the Knit) dealing with the rapacious Environmental Control Board, Con Ed, the trash pick-up, and other shakedown operations, and the photographer Raymond Ross lived above the club on the 3rd floor and was an out there kind of guy (his jazz portraits were used on ESP and many of the early Arista albums)

Today is the anniversary of one of jazz’s great lights. Bix Beiderbecke was born March 10, 1903 and less than 29 years later he was gone. I’ve always thought it an interesting possibility that he and Bill W met. Bill spent many years visiting hospitals and drunk tanks talking with dipsomaniacs around New York and Bix could have been one of them, or if not, maybe Bill caught Bix in performance? It’s not so farfetched. Bix died in the years that Dr Bob and Bill Wilson were formulating their ideas that eventually would become AA, but it wasn’t until Bill’s wife Lois pointed out the flashpoint of how it works in 1935 did it all come together. Bix died of delerium tremens and pneumonia on an August night in Queens NY 1931. You can go to the 7 Train stop at 46th Street in Sunnyside and feel him nearby. For some, alcohol is not your friend. Alcoholism is an insidious disease in that for years you are drinking for the fun of it, and for years it works for you, and there’s nothing really on the surface showing itself even as addictive logic is digging in, addictive narcissism is constructing another you. This new you constructs belief systems and rituals and behaviors that bind you to the disease. Many never find their way out. And that’s all I’ve got to say about that. Today we’ll play this music whereof Bix once said: That’s why I like jazz, kid, you never know what’s going to happen next. 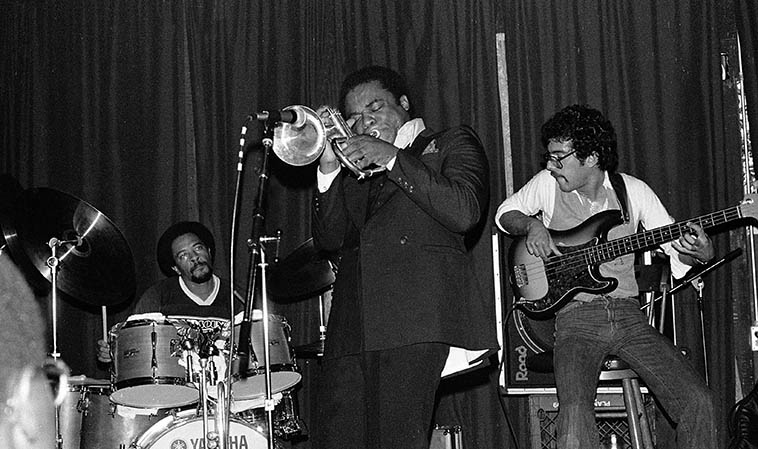 Freddie Hubbard and his band at a little short-lived venue in Claremont, California, called Orient Express — Carl Burnett, drums; Larry Klein, elec-bass; (Billy Childs, keyboard) — October 1, 1979 — photo by Mark Weber —- I didn’t much care for the sound values that Freddie was using on his records during this period (some sort of pop-disco-funk) but holy geezus, to catch him live those years was something else — He really went for it, just dug in and swung hard — In that, he was like Art Pepper, they both played as if hellhounds were on their trail, as if redemption might be in every tune, it was harrowing, playing as if their life depended on it, and maybe it did? 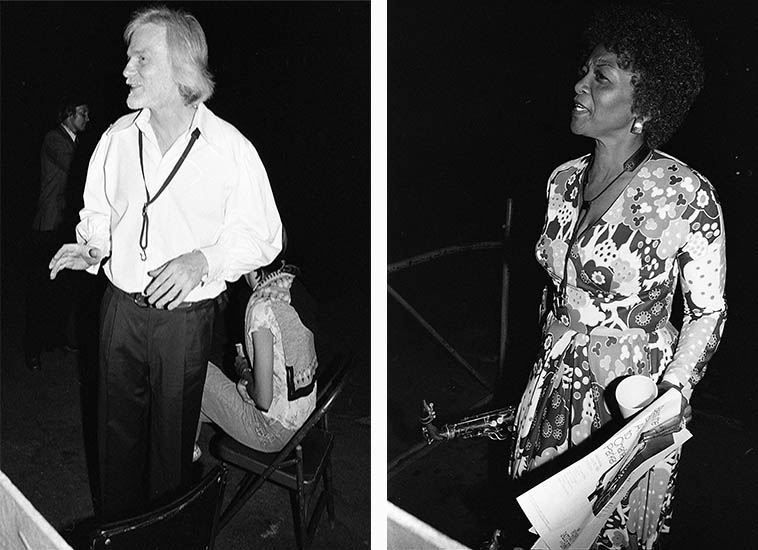 Gerry Mulligan and Vi Redd —- backstage at Hollywood Bowl — July 30, 1980 at an evening called Bless the Bird: A Tribute to Charlie Parker —- photos by Mark Weber —- some guy walking by had good-naturedly hollared “Hey, Gerry, where’s Chet?” alluding to the 1953 days at The Haig and we all had a laugh —- For years I tried to corral Vi Redd into a sit-down interview but she always sidestepped me, we always had pleasant conversations, maybe she thought I was going to ask the same old tired questions about Eric Dolphy, and maybe I was, I know more about her now than I did then, thanks to re-issues of her records —- Today we’ll dig into the album she made with Marian McPartland and the guitarist Mary Osborne. 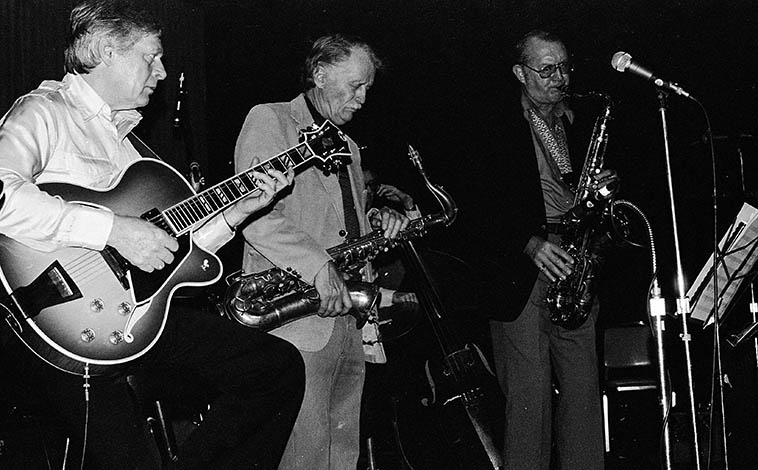 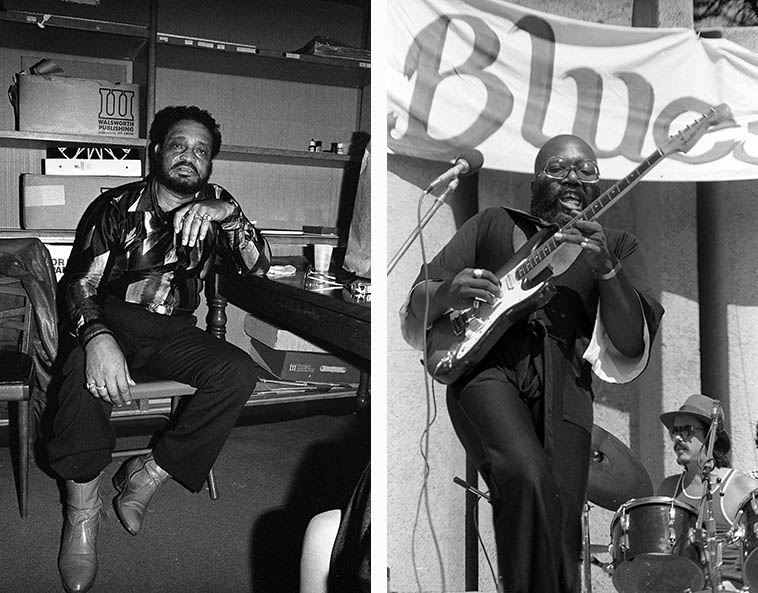 Lowell Fulson was a baad dude — I doubt a weekend ever passed in Los Angeles where his “Reconsider Baby”(1954) wasn’t played in one of the beer joints of South-Central — I heard it so often that I’d forget that it was Lowell who wrote it (my favorite version is from 1964 by singer Al King w/Johnny Heartsman on guitar)(did Johnny Heartsman invent the guitar swell?) — this is Lowell backstage at McKenna Hall, Claremont Colleges — November 21, 1981 ———- And on the right is Johnny Heartsman at San Francisco Blues Festival — August 14, 1977 —- photographs by Mark Weber “So long, Oh, I hate to see you go” 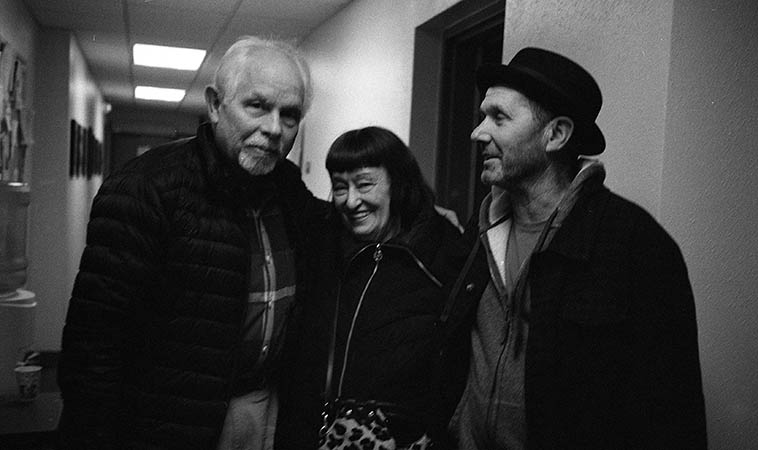 My close friend Sheila Jordan, and she knows why — at the radio station flanked by Cameron Brown and Tom Guralnick — March 5, 2o15 Albuquerque — photo by Mark Weber 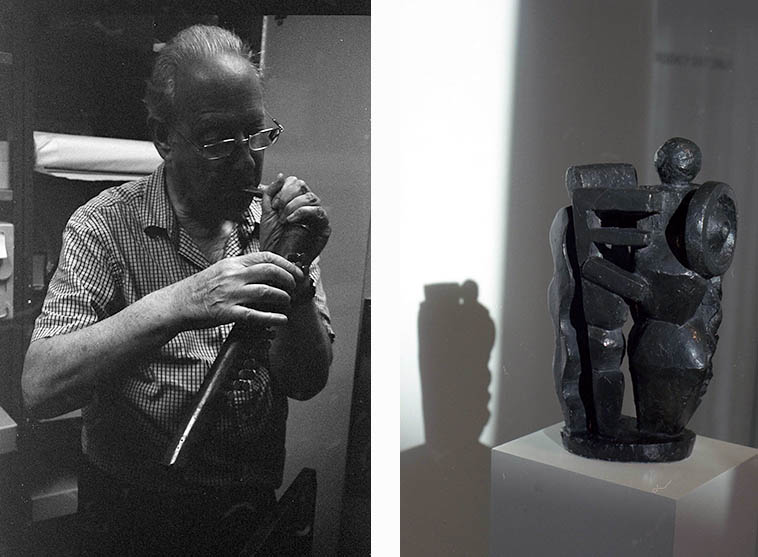 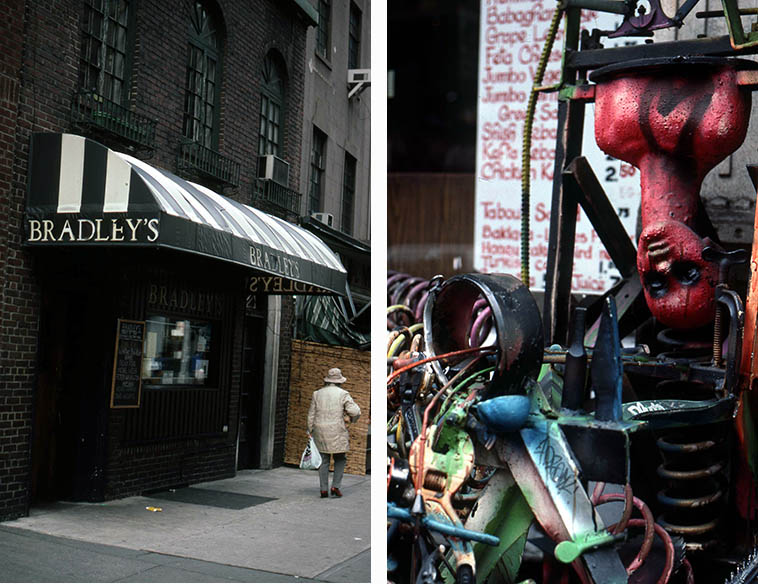 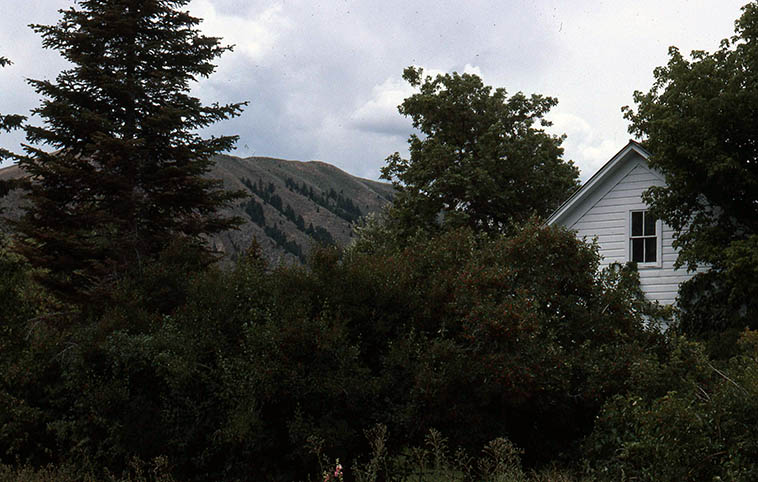