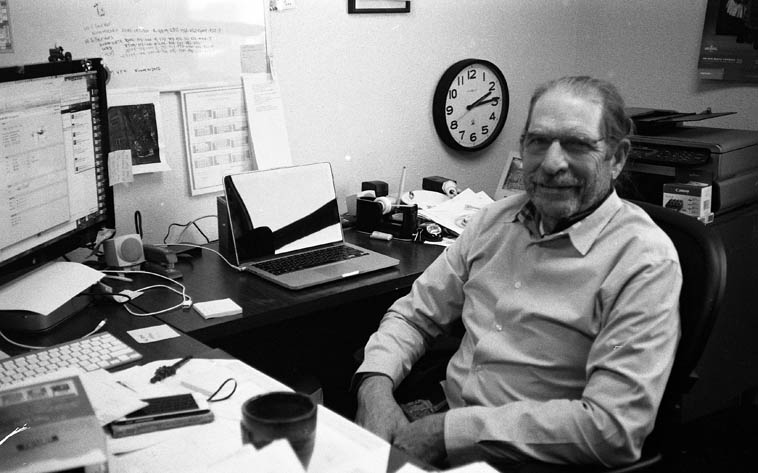 HOOKED UP TO THE SOUND

My favorite jazz is small group rhythm section boiling and churning with a soloist weaving in & out while improvising long lyric lines.

When jazz is 300 years old will there be savants like Phil Schaap who know the entire history?

Neither should it be strained, forced, pulverized, or faked ————— it will resent the intrusion, leaving the poseurs looking dull, unwanted. You cannot shake jazz loose, like a mobster working over a canary, or treat it like a cop on the take. None of that works. (Well, you can fool the hoi polloi, but not the ones with ears.) Jazz happens when the gates start swinging and the pages disappear and fall dissolving . . . old things start percolating, tumbling down from through the ages. 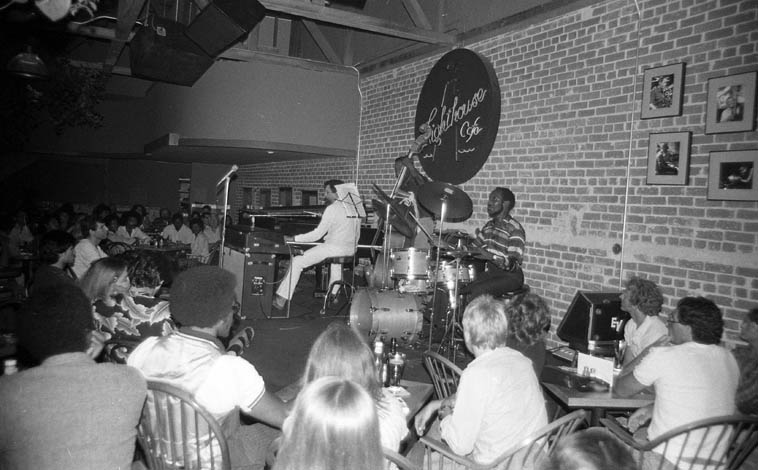 Jack Wilson Trio at The Lighthouse, this was one SWINGING band — Allen Jackson (bass) and Clarence Johnston (drums) and Jack with his two-piano set-up, a grand piano and a Fender Rhodes that he played simultaneously — I’ll play some on the radio show today so you get an idea what this set-up sounds like (Jack is the soloist on Gerald Wilson’s immortal “Milestones”) — photo by Mark Weber — July 18, 1981 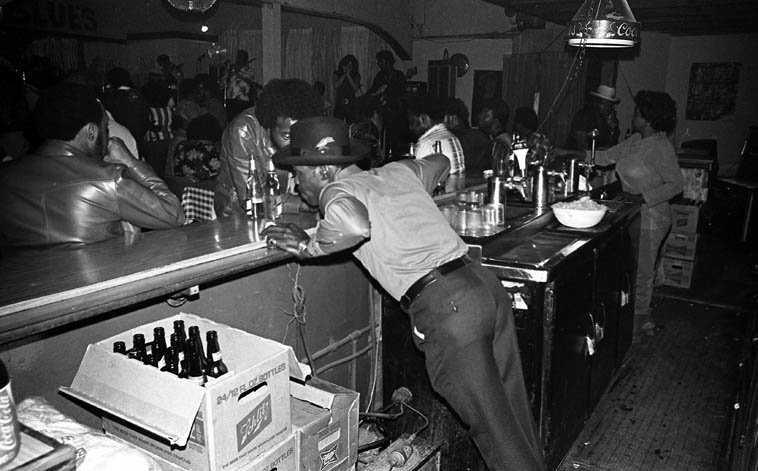 Smokey Wilson getting the word from his doorman (that’s wife Celie in background, tending bar) at the Pioneer Club — April 19, 1980 — photo by Mark Weber 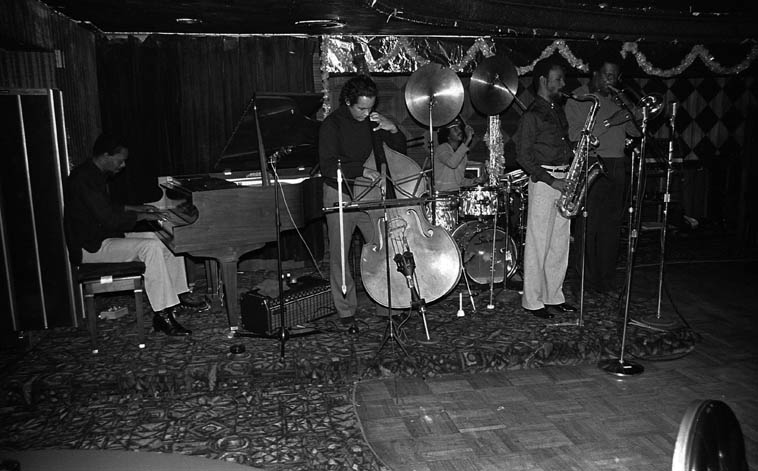 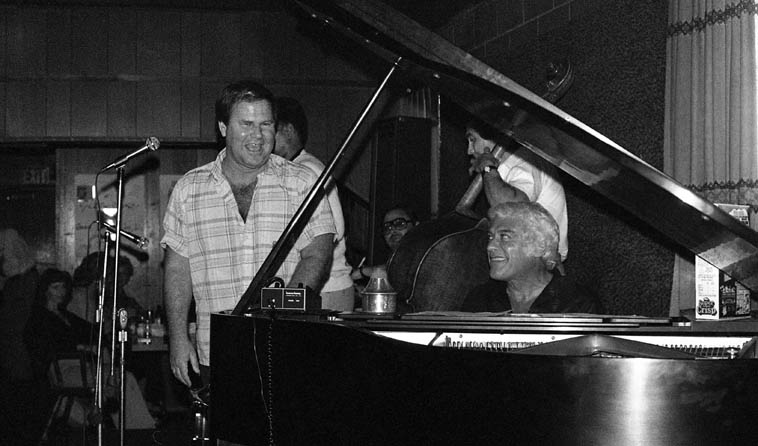 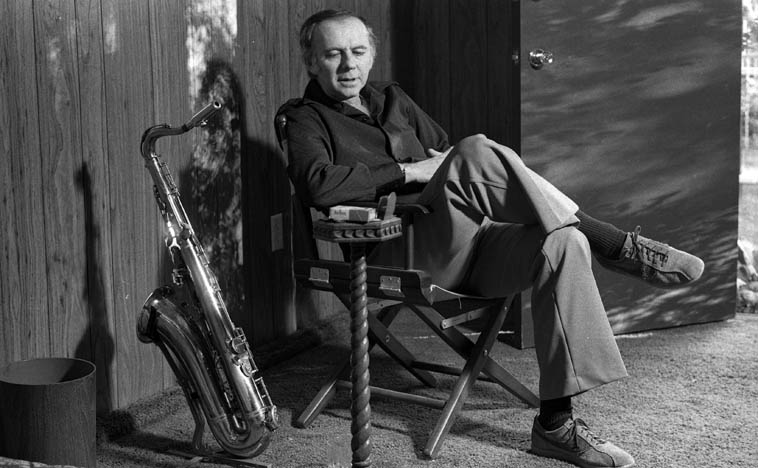 About twenty years ago the Los Angeles saxophonist Bill Plake was staying with us while he did a series of gigs around Albuquerque and one afternoon when I got home he was deep off into a Warne Marsh – Lee Konitz Quintet LP and when I walked in the door he started raving at me: “DO YOU KNOW HOW HIP THIS IS!” in a heightened state of excitation, “THIS IS INCREDIBLE!” jumping all around the room, he was in complete disbelief, “DO YOU KNOW . . .” Yes, Bill, I do know, you did find the album on my shelves, after all (it was the green Lp on Storyville JAZZ EXCHANGE Vol. 1 — 1975 in Copenhagen) —- Bill is a saxophonist’s saxophonist and has written a method book (on negotiatiing wide intervalic leaps) and knows a little about saxophones — This episode illustrates my suspicion that saxophonists get the biggest thrill out of Warne, there are technical things that Warne pulls off that only saxophonists would know about —— This photo was in Warne’s converted garage in his backyard in Pasadena (1490 N. Mar Vista), a “detached garage” as they say, Spanish tile roof — December 15, 1976 — photo by Mark Weber 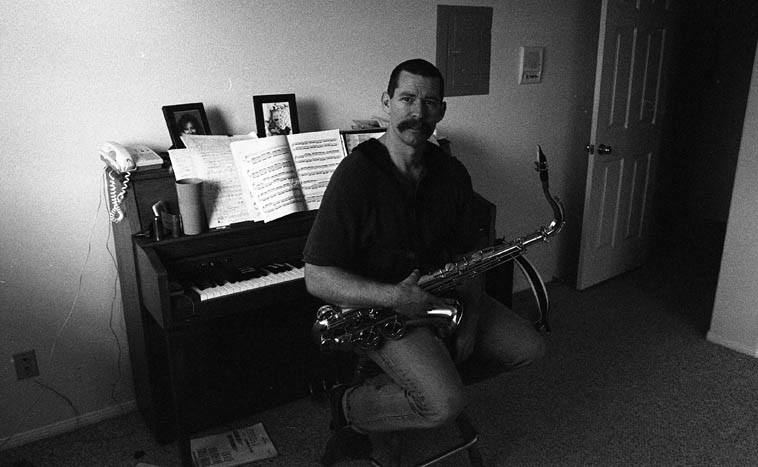 The maestro Bill Plake in his studio in Redondo Beach, or, as he called it “The Condo in Redondo” (he now lives in Los Angeles proper) — photo by Mark Weber — November 25, 1996 — when I stayed there we could walk down to The Lighthouse and look at the ferns 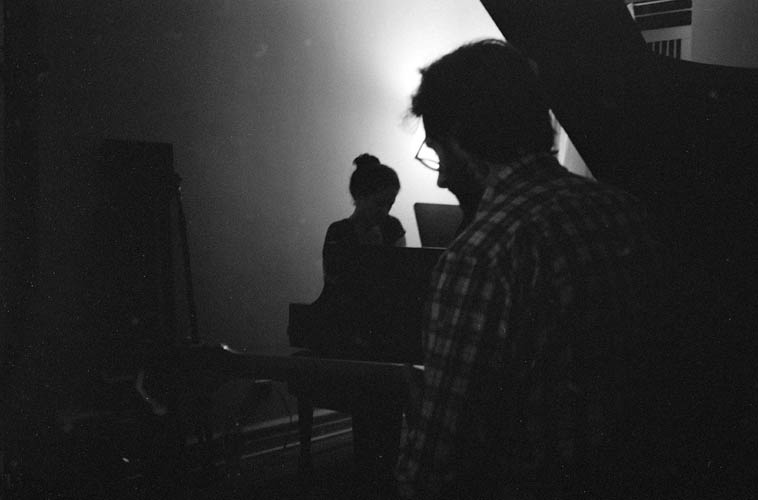 “Music is a work in progress, you hear something frozen like that [records], it’s unnatural to my perception because music, to me, is fluid, it’s always changing, even when I’m recording I’m hearing something live, and I never listen to records once I’m through with them, unless I absolutely have to for some reason” — Linda Ronstadt, November 14, 2o14 interview for San Francisco television —— Photo by Mark Weber — August 9, 2o11 of Carol Liebowitz (piano) and Adam Caine (guitar) NYC 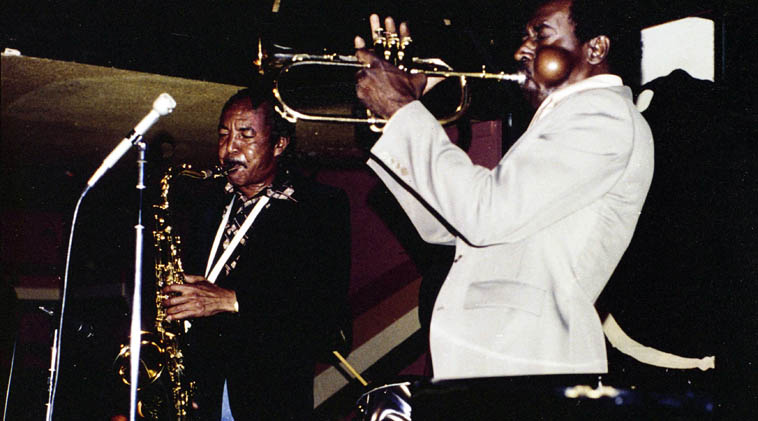 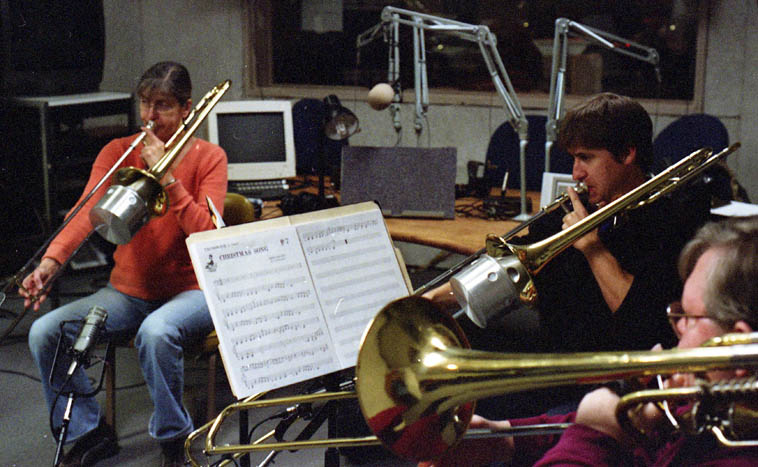 Debra Taylor in KUNM Studio A broadcast of six trombonists playing Michael Vlatkovich’s Christmas arrangements — December 22, 2007 — I produced this live broadcast with a grant from the station, and asked Debra to act as contractor, she is the Principle Trombonist with New Mexico Symphony Orchestra (at the time of this broadcast, now the band is called New Mexico Philharmonic Orchestra) and she brought in her colleagues from the orchestra — in this shot: Left to right: Debra Taylor, Dave Tall, Byron Harrington — photo by Mark Weber 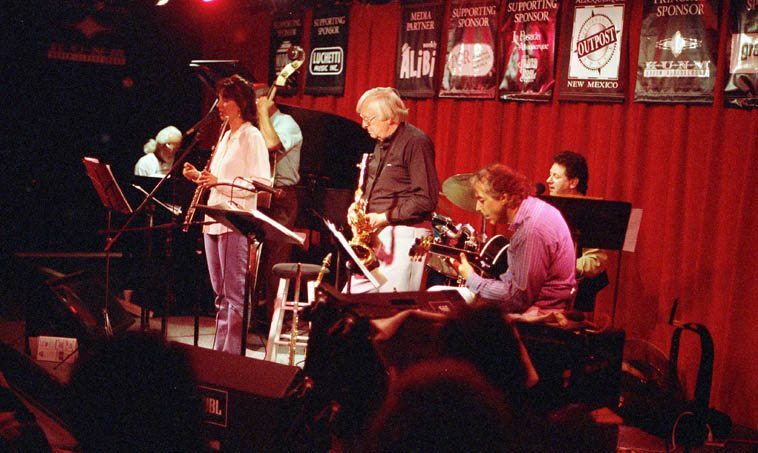 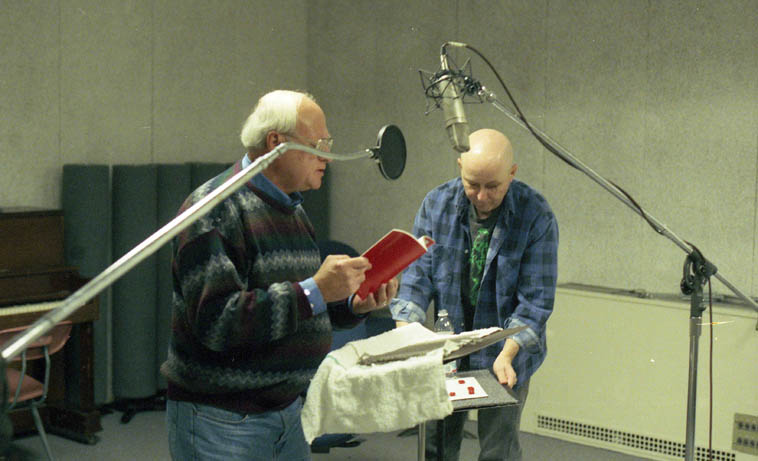 Todd Moore and J.A. Deane during the creation of our masterpiece DILLINGER (Zerx 039) — I didn’t take all that many photos during this 3-day session because I was busy with production duties, but this disk is one of the killingest I’ve ever produced, it was my idea to get Dino and Todd together — KUNM Studio A — December 15, 1997 — photo by Mark Weber 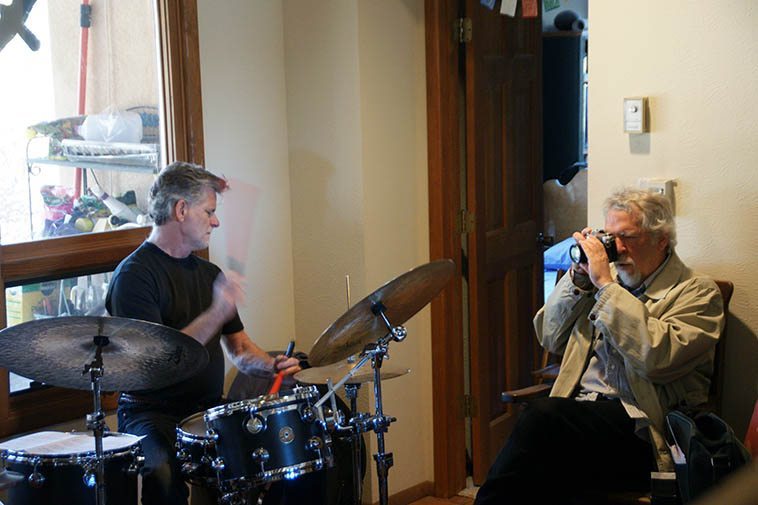 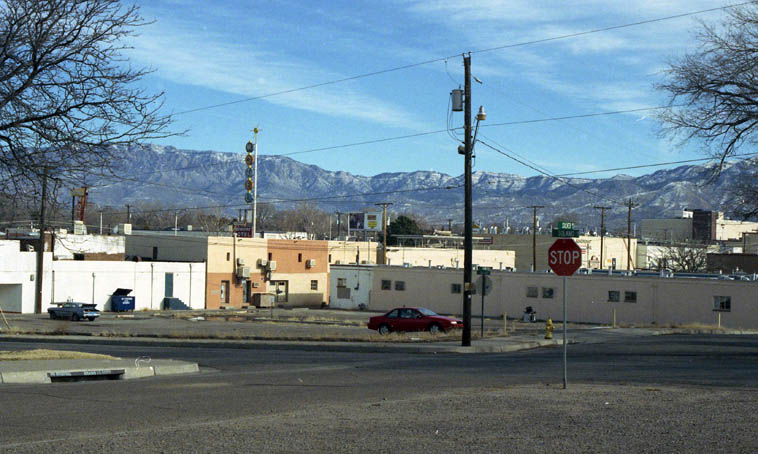 Sandia Mountains from Nob Hill, Albuquerque USA — December 30, 1997 — photo by Mark Weber — those mountains crest at 10,678 feet and are the mountains cowboy Jack Burns and his horse Whisky epic-struggle to cross to get away from encroaching civilization in LONELY ARE THE BRAVE (1962) one of my Top 3 all-time favorite movies —- They are also the mountains that Sheila Jordan is on top of for the cover photo of her album THE CROSSING (1984) where she’s looking down at the silvery Rio Grande snaking off into the distance